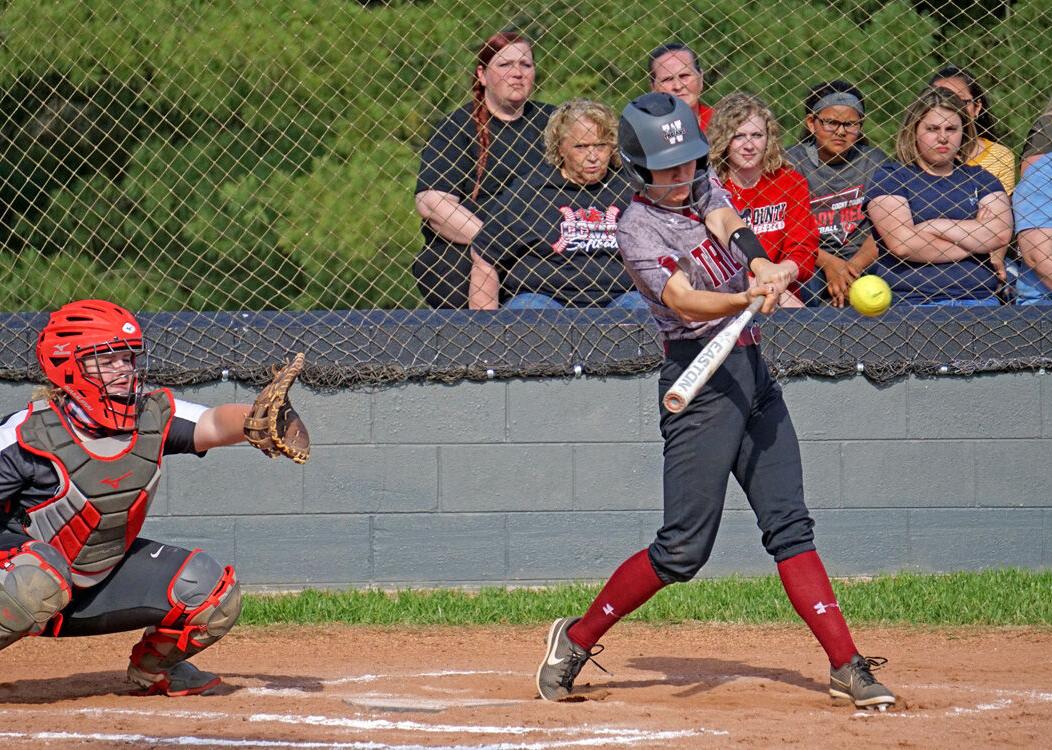 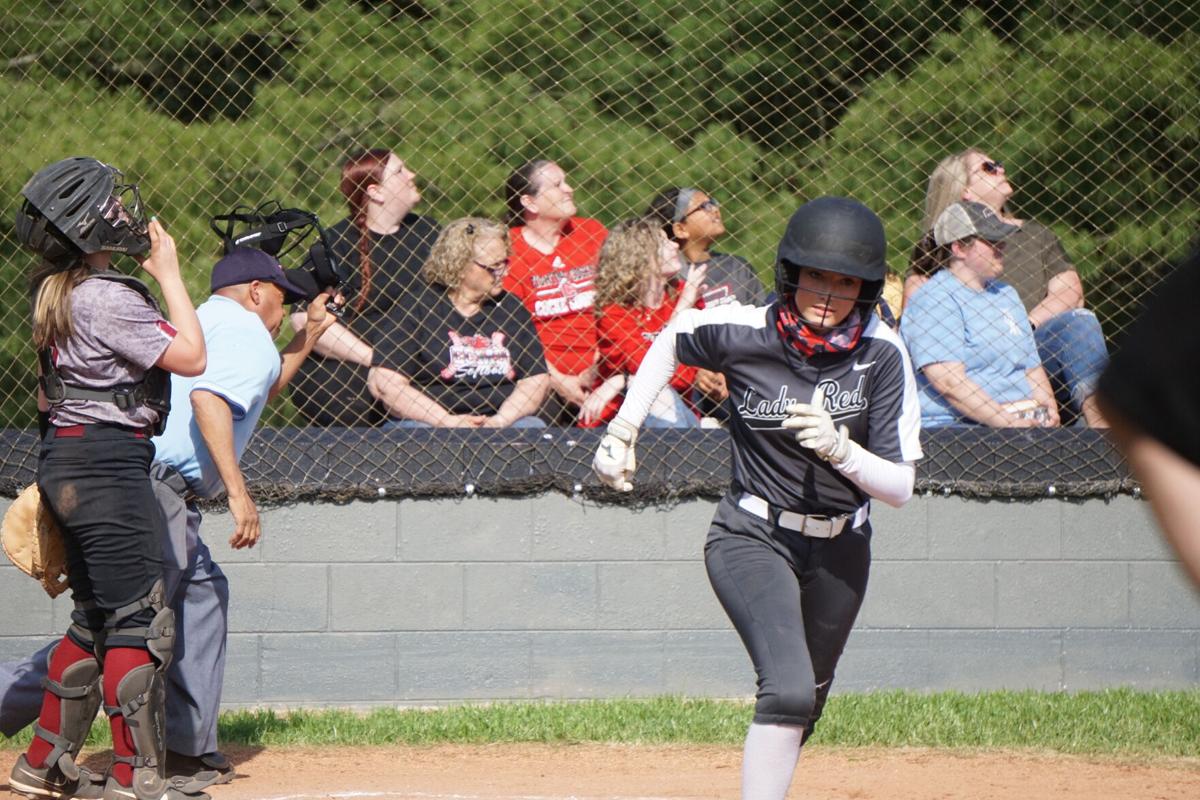 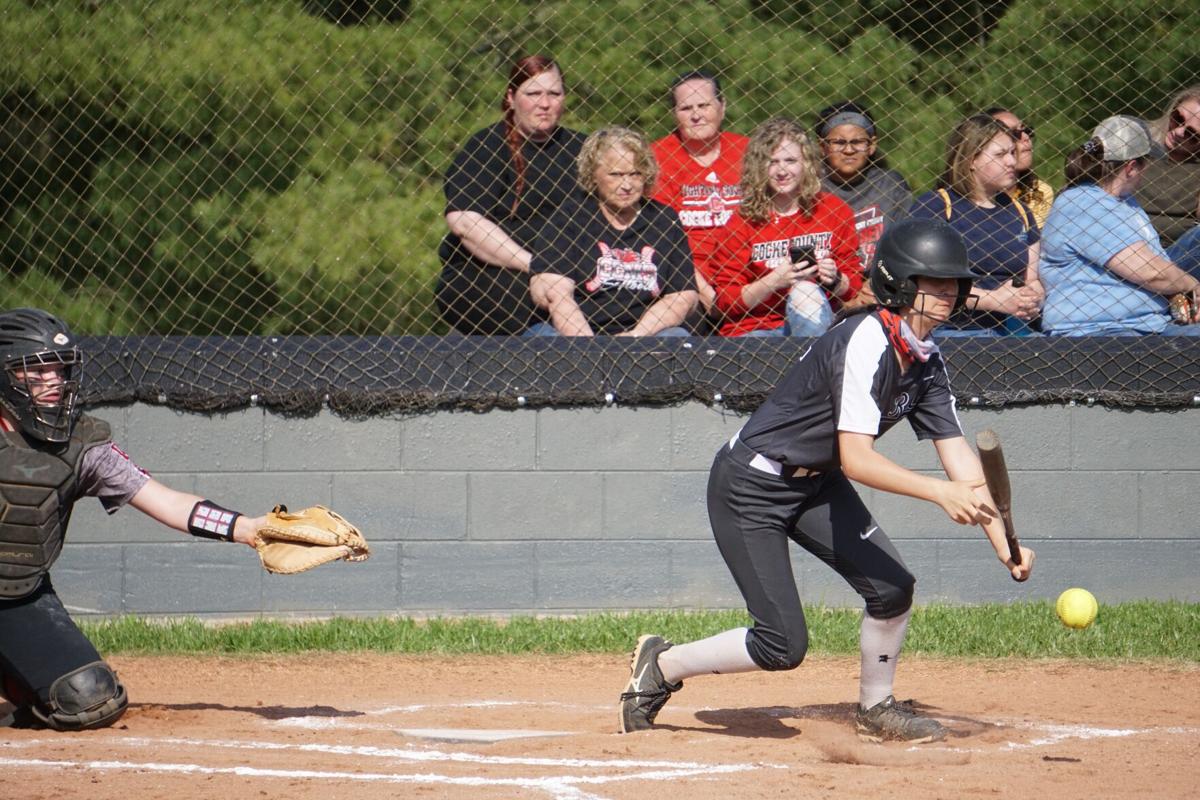 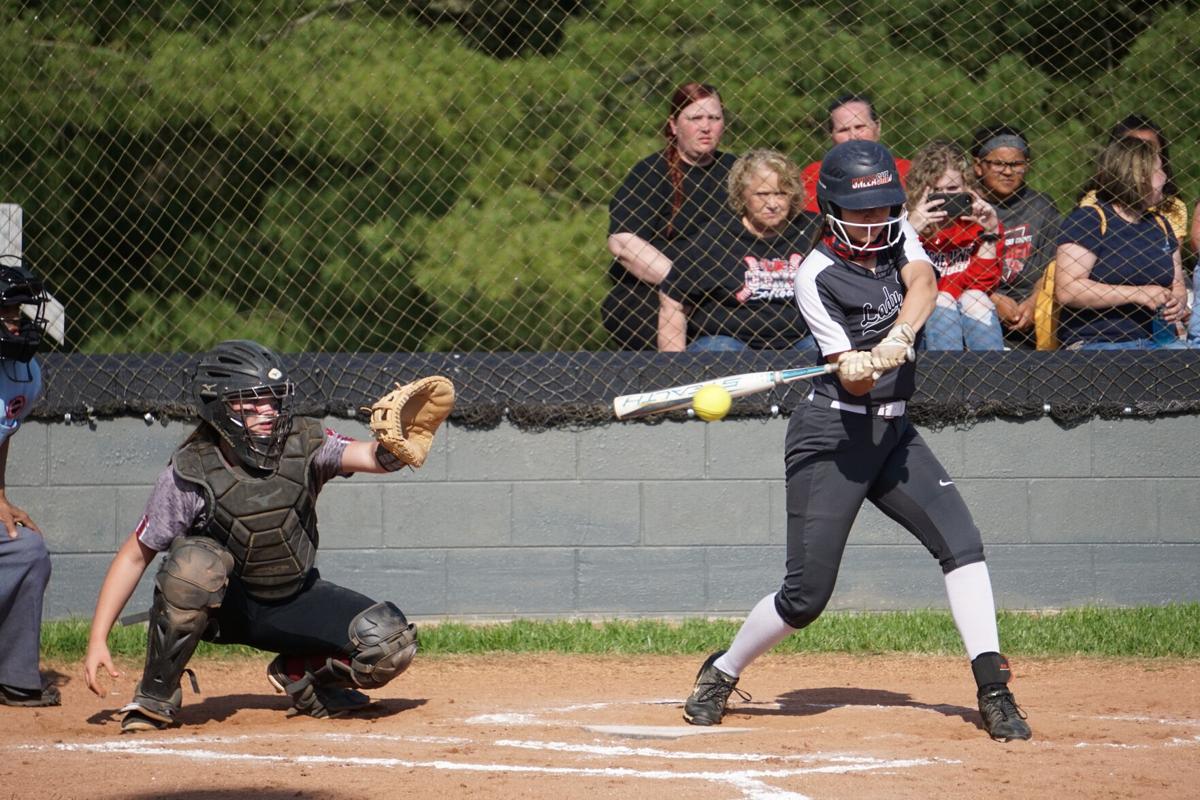 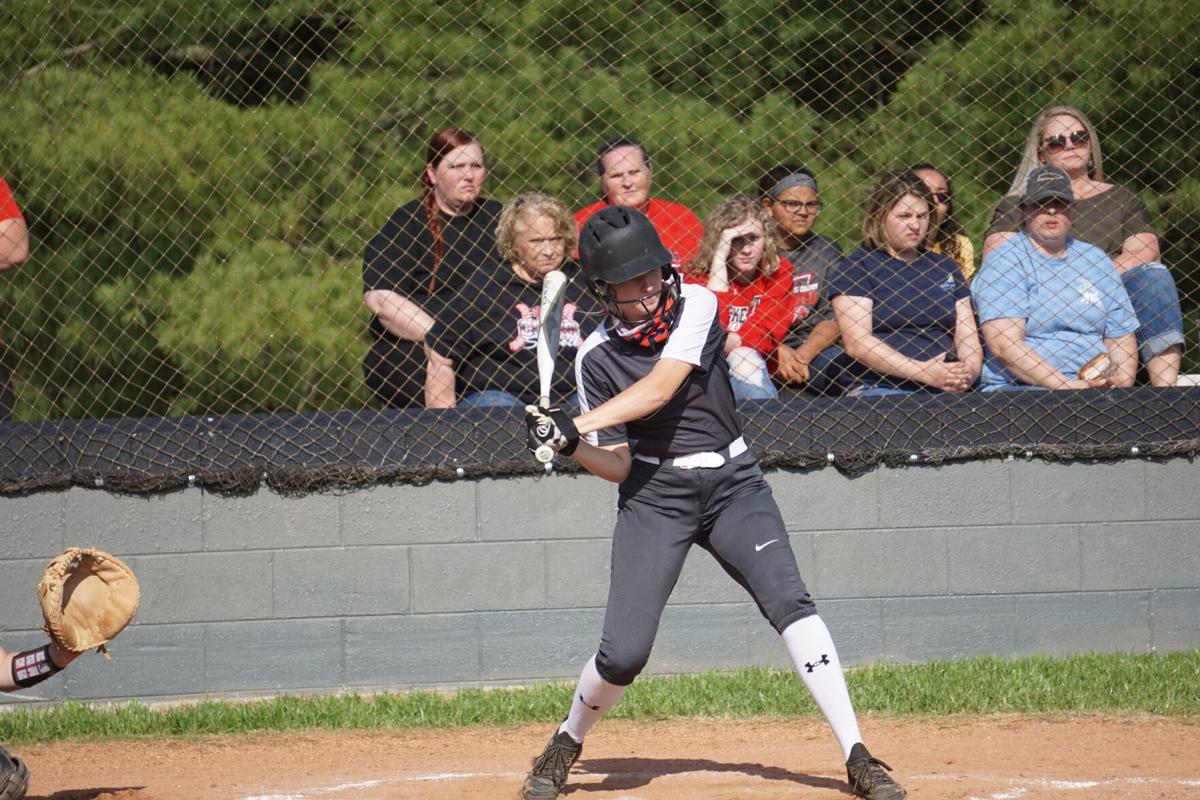 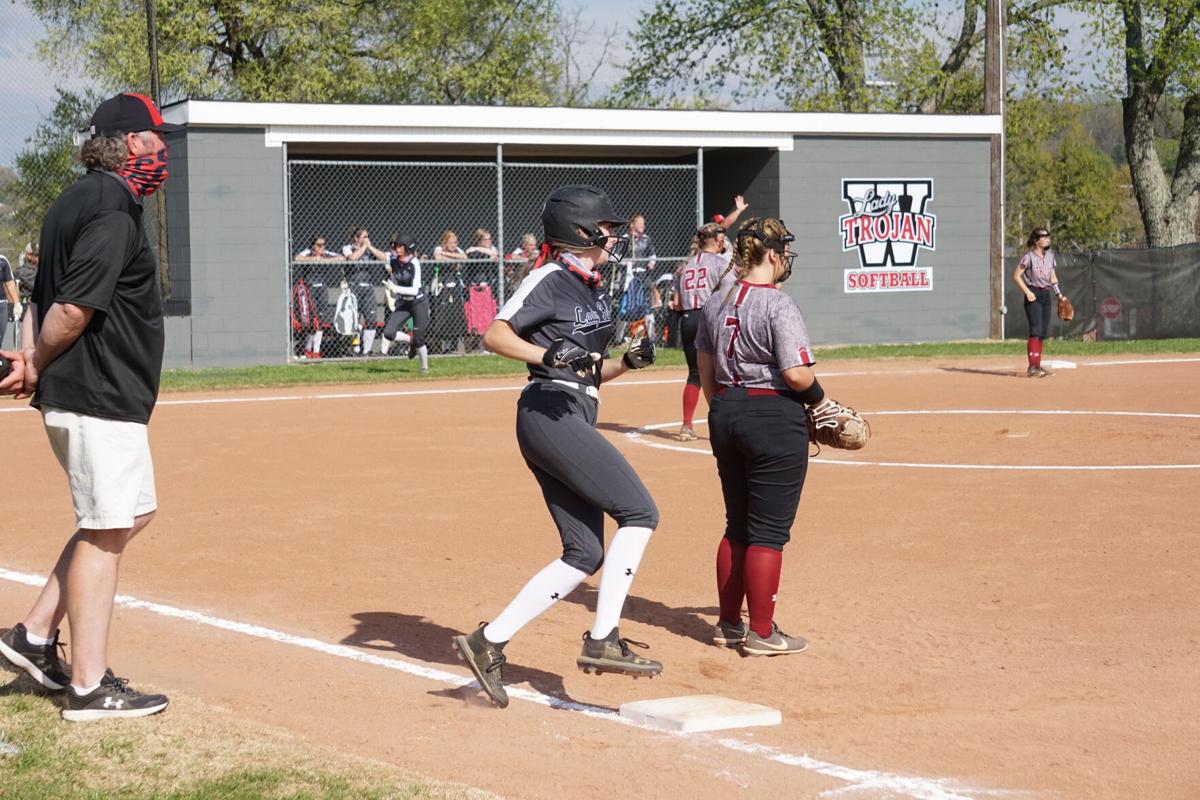 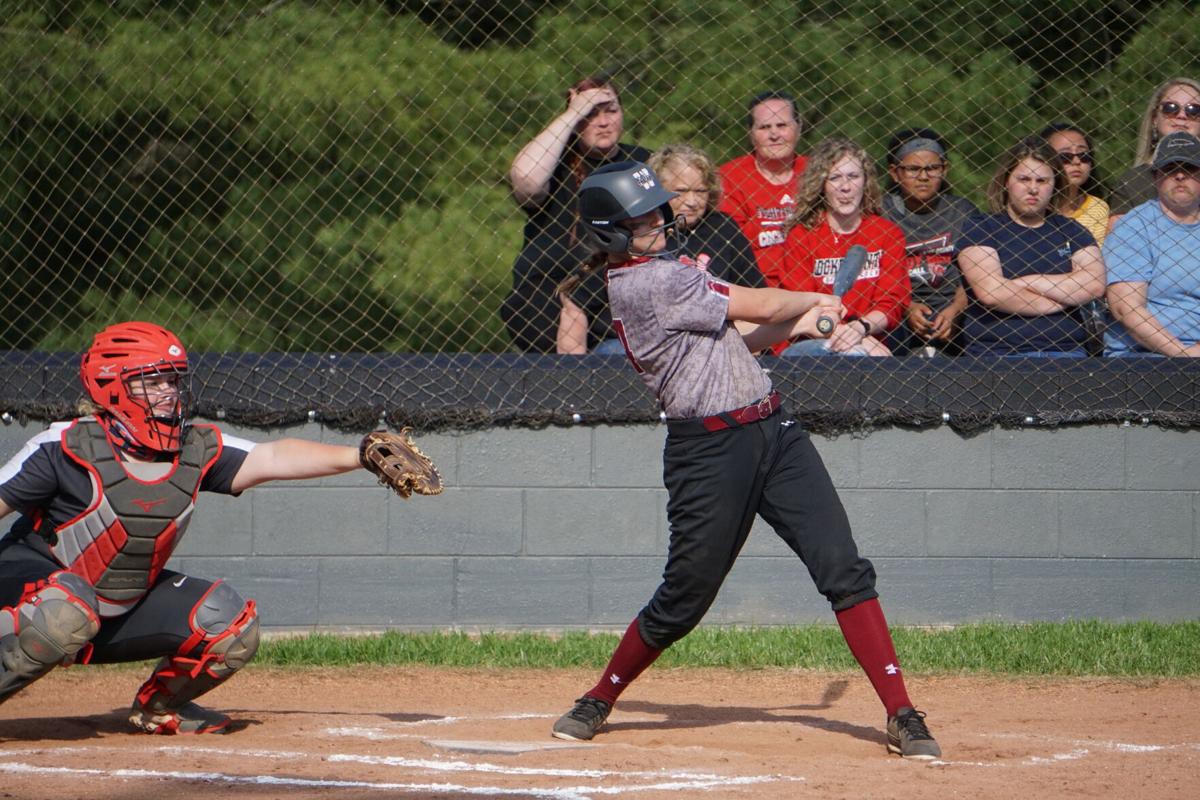 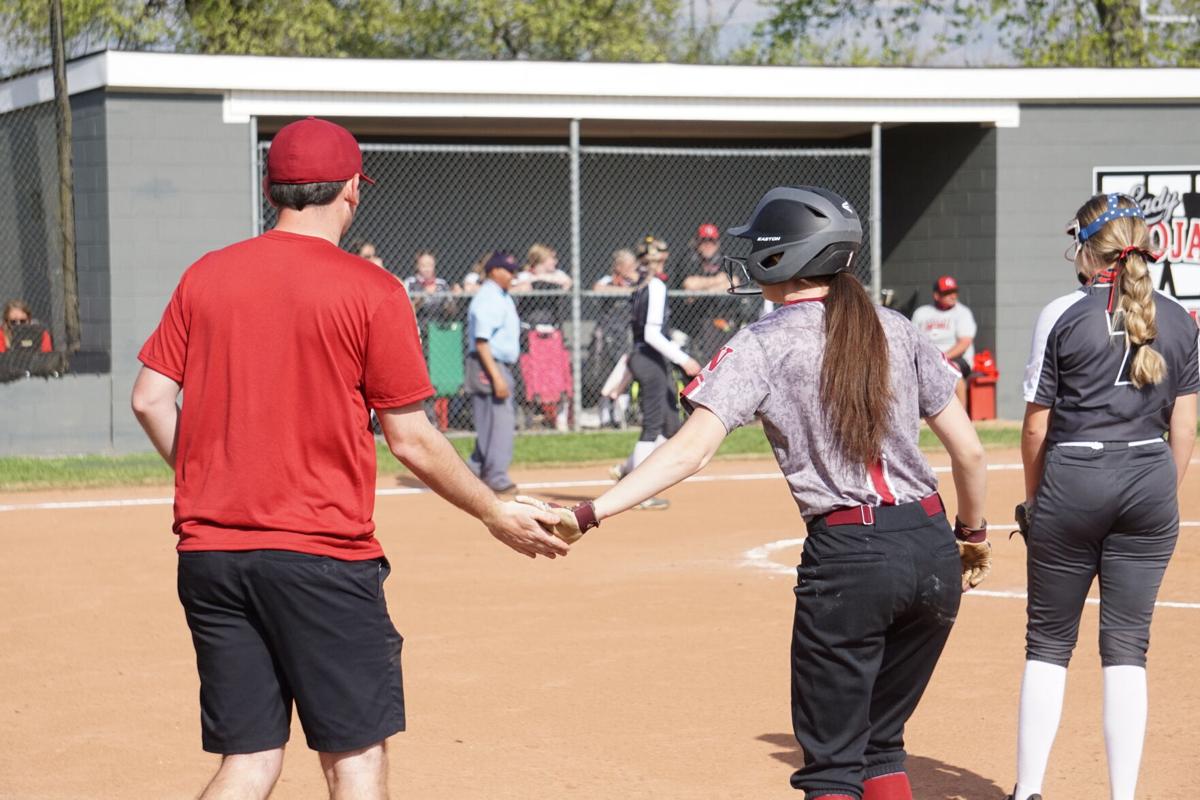 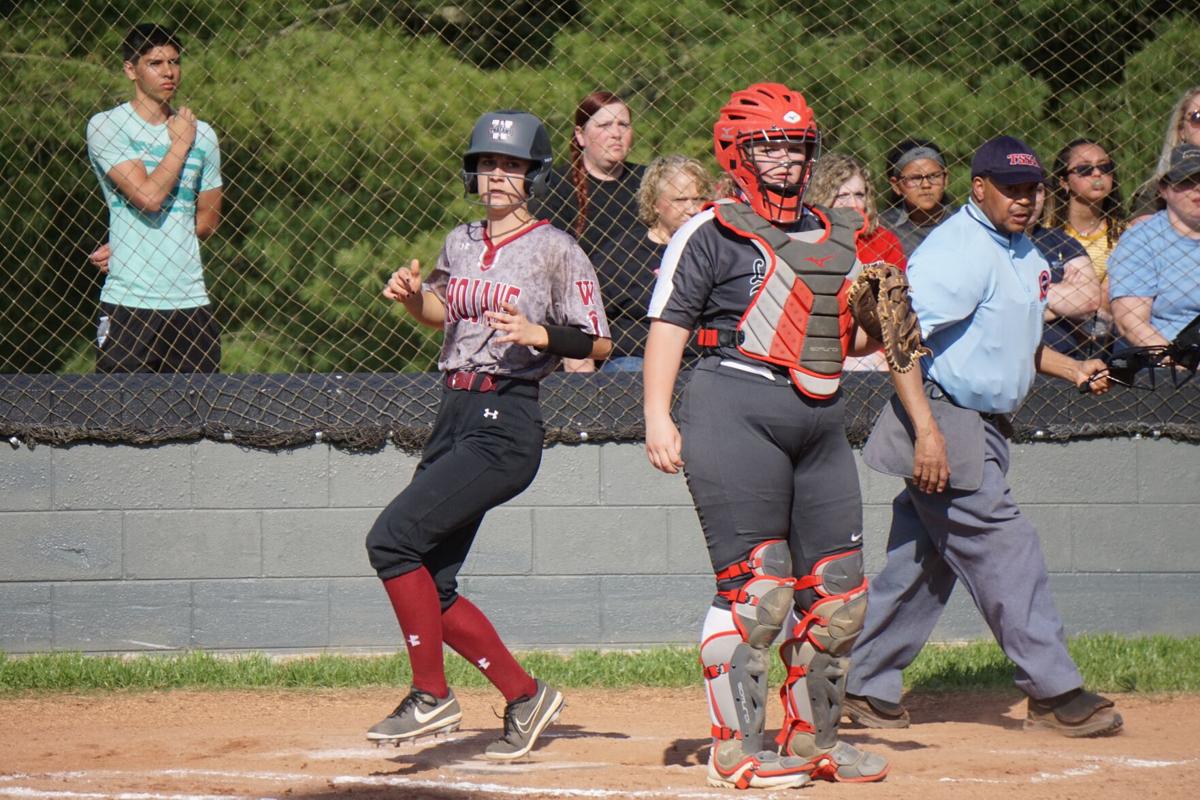 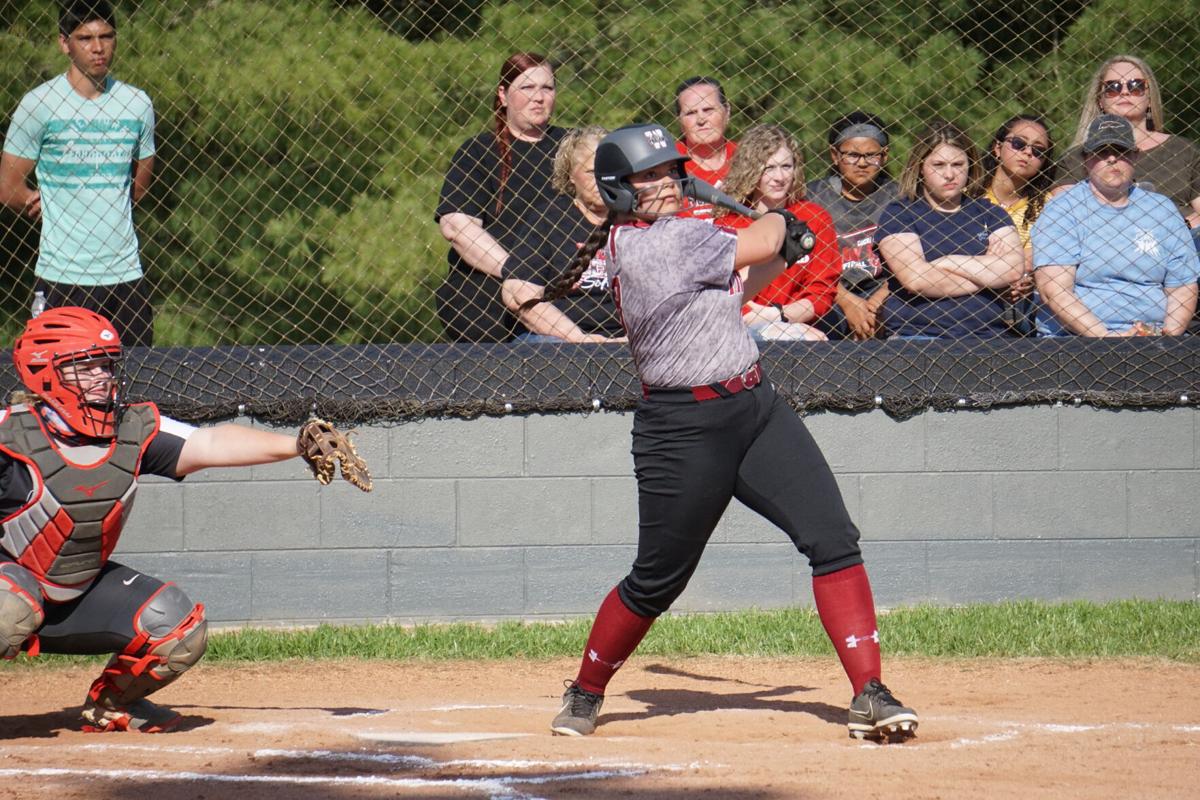 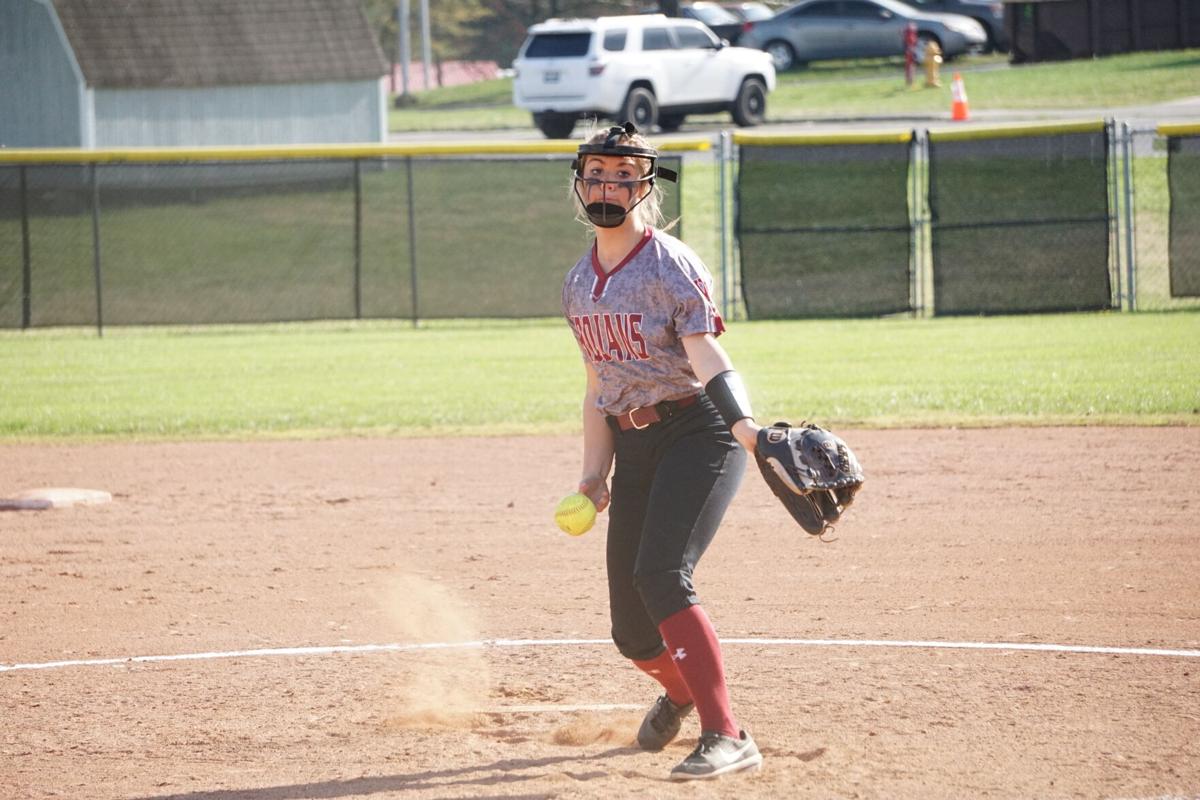 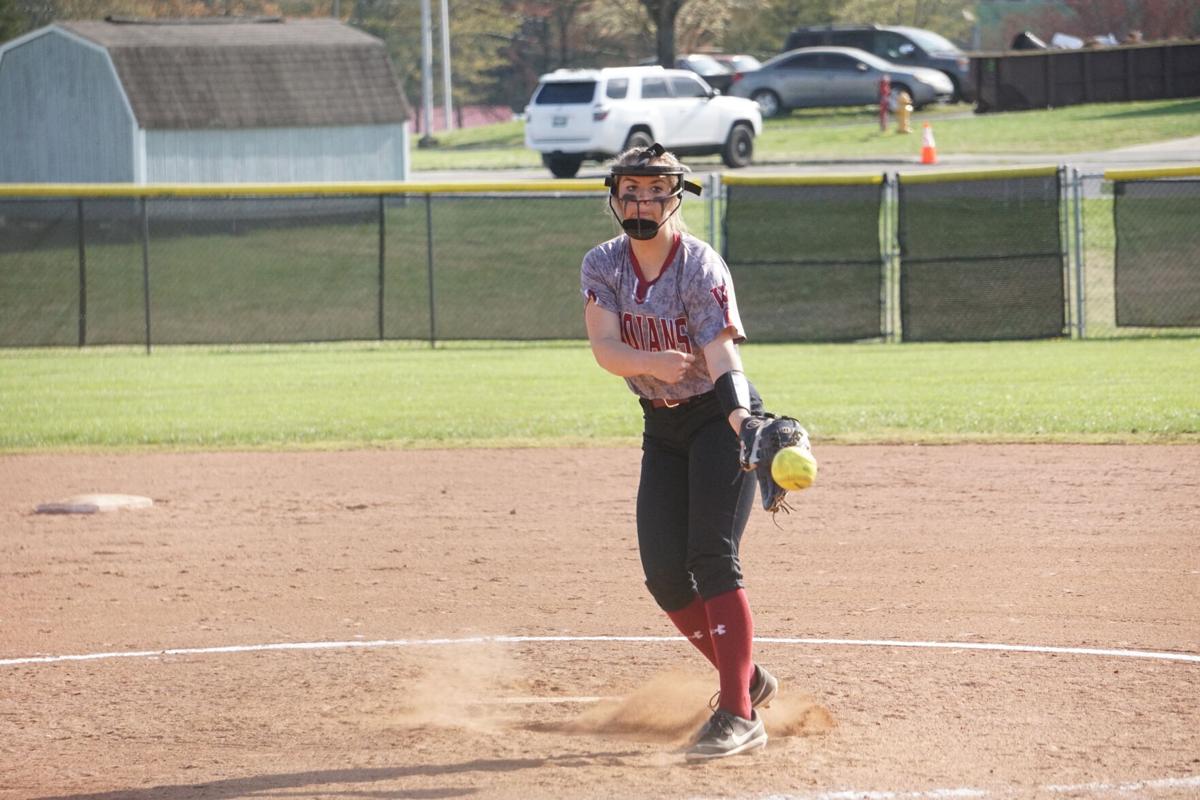 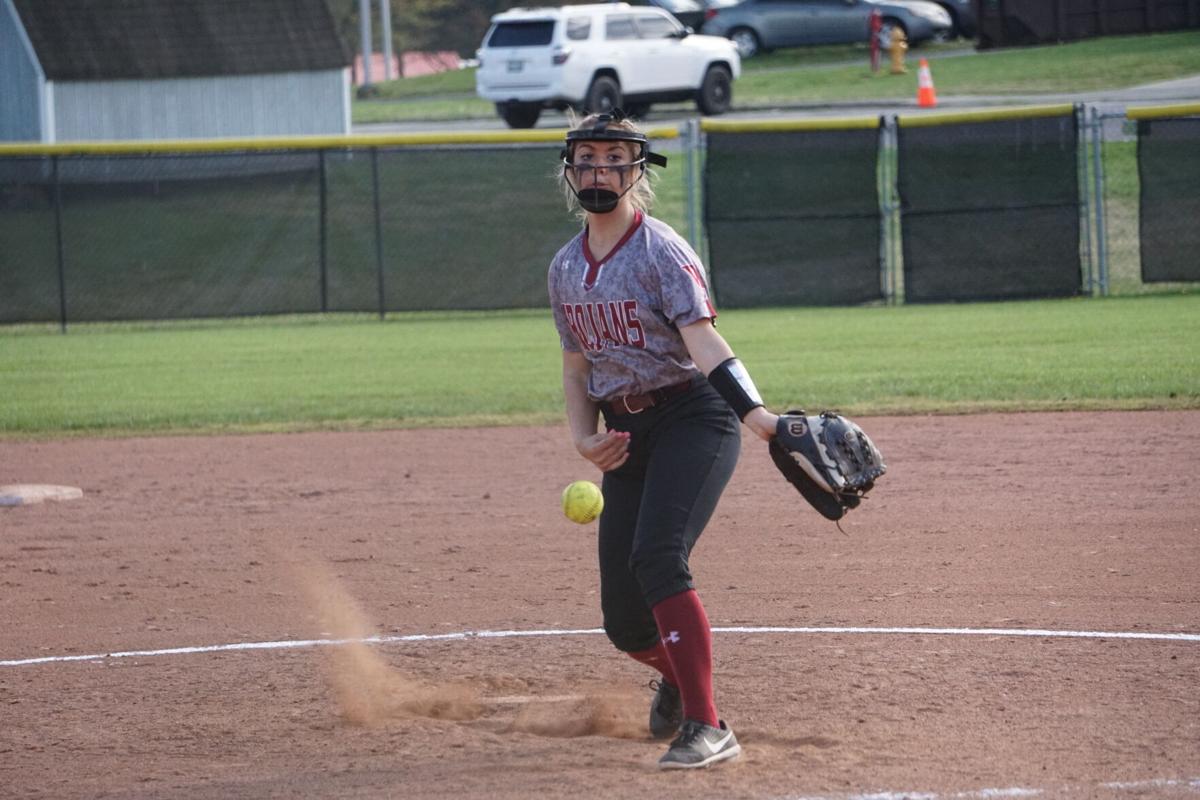 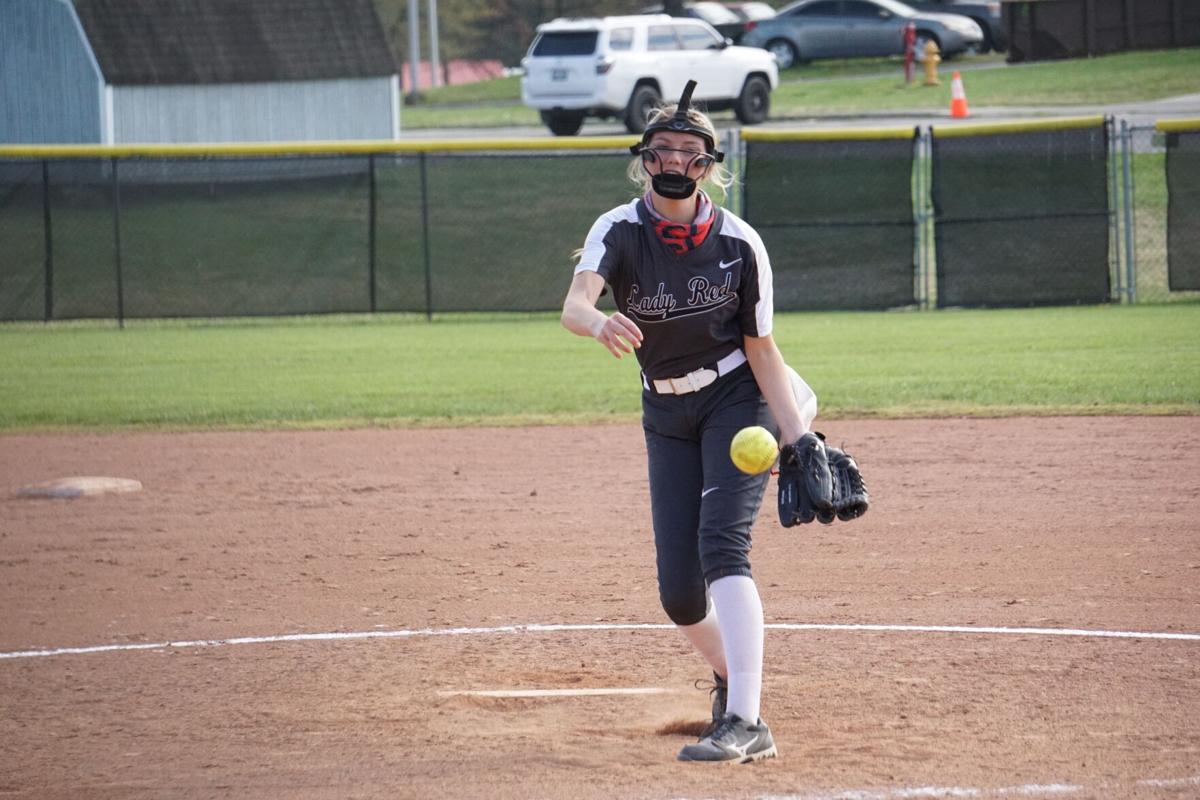 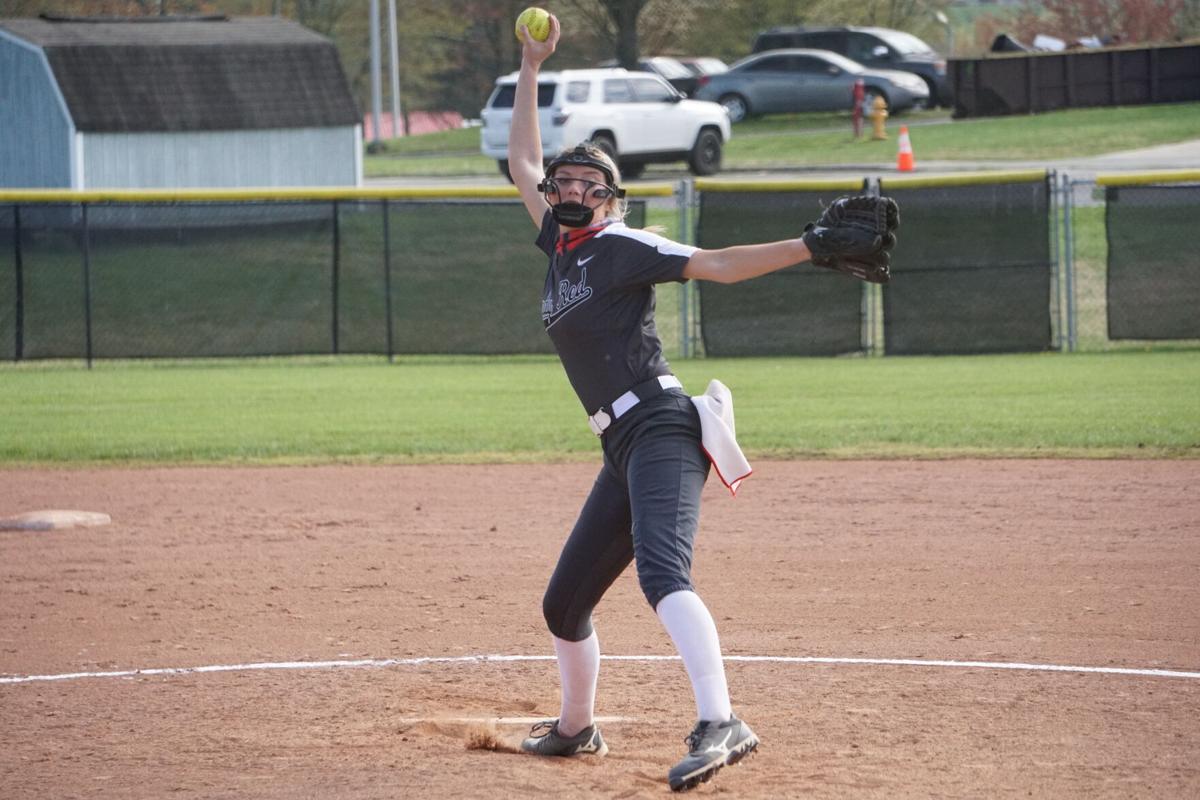 Morristown West came from behind by scoring four times in the bottom of the fifth inning and went on to an 11-5 victory over Cocke County Thursday afternoon at J.C. Wild Park.

Abbie Gilmore delivered a bases-loaded triple to highlight the uprising that lifted the Lady Trojans to 7-4 for the season. They are now 4-1 in Inter Mountain Conference play and hold down second place in the league standings.

West went on to score four more runs in the sixth to deal the Lady Red its fifth loss against four victories. Cocke County is now 3-3 in the conference.

The Lady Trojans banged out 13 hits in the victory with every player in the batting order getting at least one safety.

Maggie Seals led the way with a pair of singles and a double while Jaelyn McDaniel, Alexis Brown, Madison Devotie and Neveah Grooms all added two hits apiece.

Clevenger actually pitched better than you would think as six of the Lady Trojans hits were balls that never left the infield. She hit one batter and struck out three.

West coach Heather Kelley said, “I thought we started out a little flat today. We had a hard time adjusting to the strike zone but I felt Aviah did a really good job working her way through that situation.

“We played great defense behind her except for the one dropped fly ball,” Kelley added. “I really thought the catch Neveah made in the second inning was the biggest play of the whole game. That was huge for us. And Maggie had a couple of good plays at third.

“We were down, but all the girls are pretty confident in their hitting so we don’t get too stressed over that,” she continued. “I thought we did a really good job of hitting the ball today. Abbie’s hit in the fifth was really important for us to get us back in front.”

Lady Red coach Danny Hartsell said, “We played really well the first four inning and had the lead going to the bottom of the fifth. But a couple of errors and didn’t make some plays and they took advantage of it.

“We’re a young team and things happen. But we’re working to get better and I still think we can play with any of the teams in the conference. We just have to make the plays that will give us a chance to win.”

Hartsell closed, “I thought we hit the ball better tonight than we did on Tuesday. We hit it better but they made some plays on defense.”

The Lady Red grabbed the lead in the top of the first when Kaitlin Bible led off with an infield hit, stole second and moved to third on a hit by Ashley Allen. She scored as Kimberly Ottinger reached on a fielder’s choice that saw the Lady Trojans throw to the plate.

Bunsic’s only two walks of the day and a base hit by Sydney Cameron gave the visitors another run in the second. Grooms saved West a couple of runs with a diving catch of a ball off the bat of Allen that would have scored two more runs if she hadn’t caught it.

The Lady Trojans tied the scored in their half of the frame. Seals and Devotie had singles and moved up a base as Gilmore grounded out. Grooms’ infield hit scored a run and Mikaela Olodey had another infield hit that made it 2-2.

West grabbed the lead in the third when Kaylee Dyke and Bunsic rapped base hits with Dyke scoring on a bloop single by McDaniel.

Cocke County knotted the game again in the fourth when Clevenger singled and scored on a squeeze bunt by Kirsten Moore. The Lady Red then seized the lead in the next inning as Ottinger had an infield hit and scored on Clevenger’s double.

The home team loaded the bases in the fifth on three strange hits. McDaniel had an infield popup nobody could get to, Brown lined a single off the pitcher’s glove and then Seals hit a routine grounder that there was no play even attempted.

Devotie hit the ball back to the pitcher who threw to the plate where the ball was dropped and one run scored. Gilmore then lined a ball to outfield where the centerfielder tried to make a diving catch and couldn’t come up with the ball. All the runners scored as the ball scooted to the fence.

In the sixth, a couple of errors, a hit batter and singles by Brown and Devotie and a double by Seals upped the lead to 11-4.

Ottinger supplied the final run in the top of the seventh with a long home run.

Clevenger and Ottinger had two safeties apiece for Cocke County.