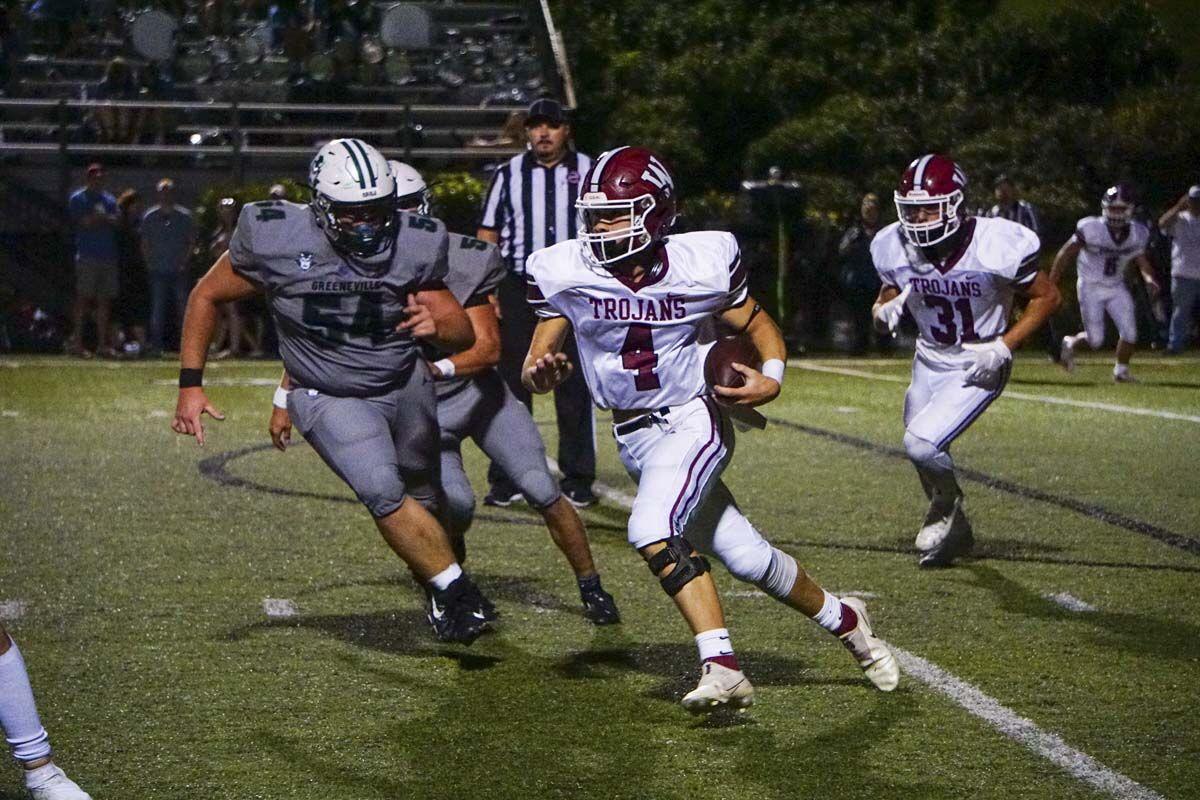 Morristown West’s Malakhi Isom (4) runs during Friday night’s contest against Greeneville. The Trojans fell behind early and could never catch up in the defeat. 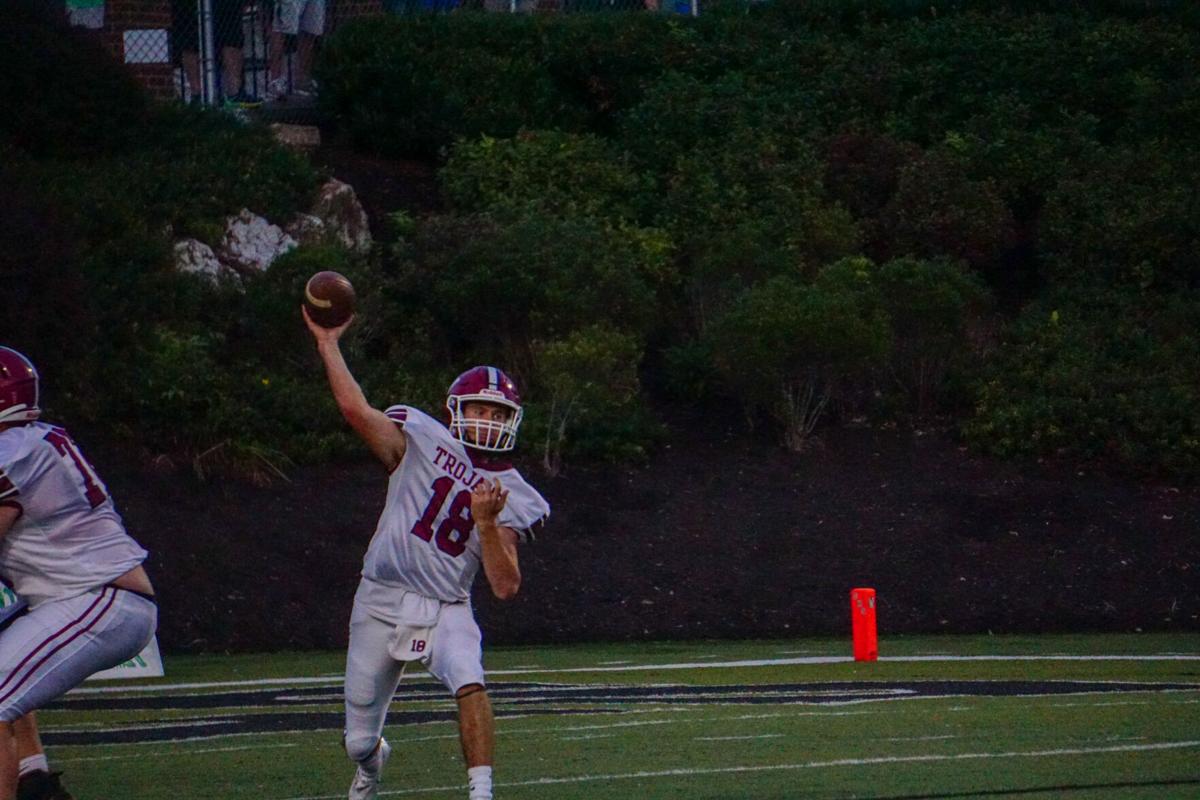 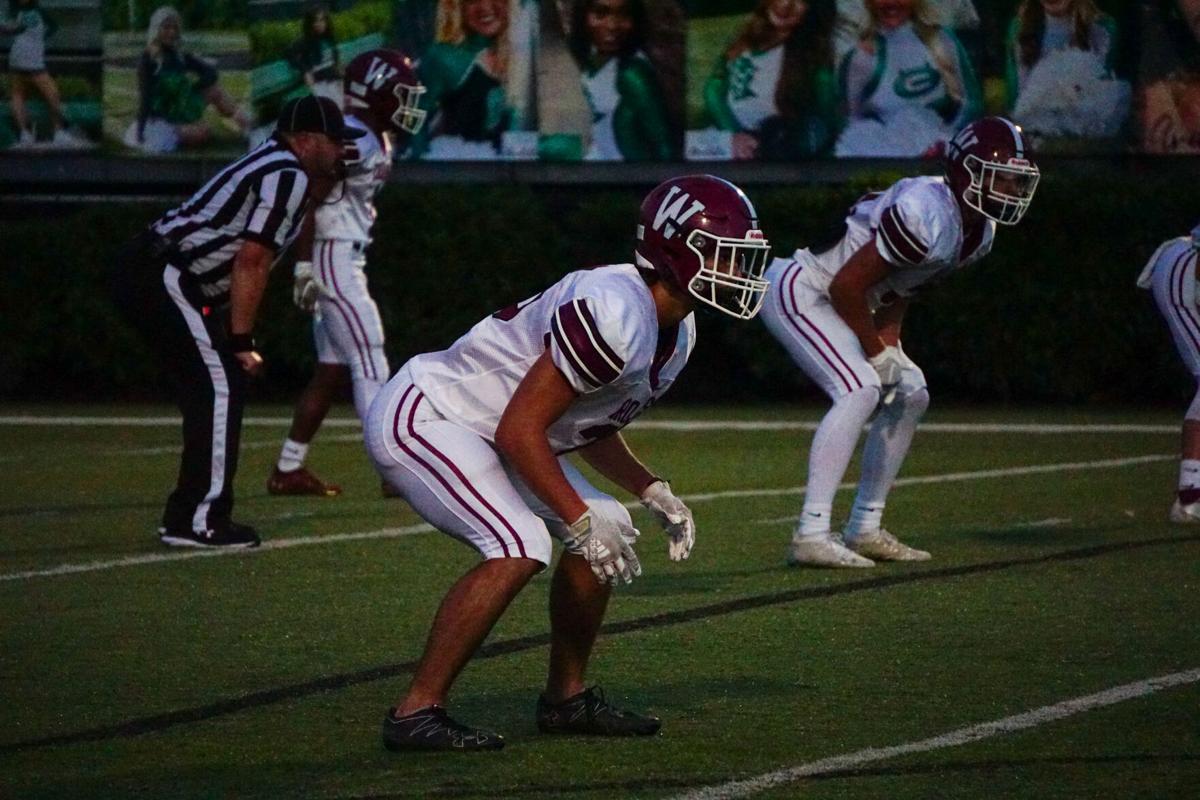 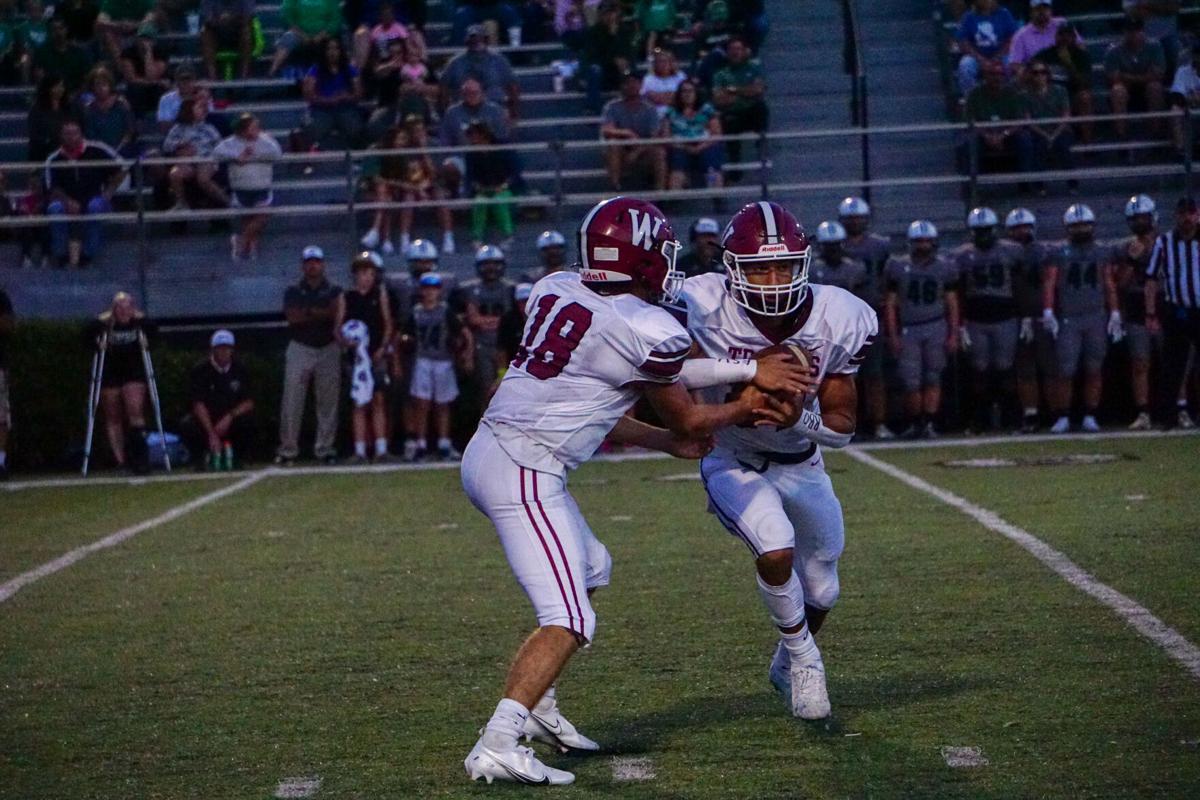 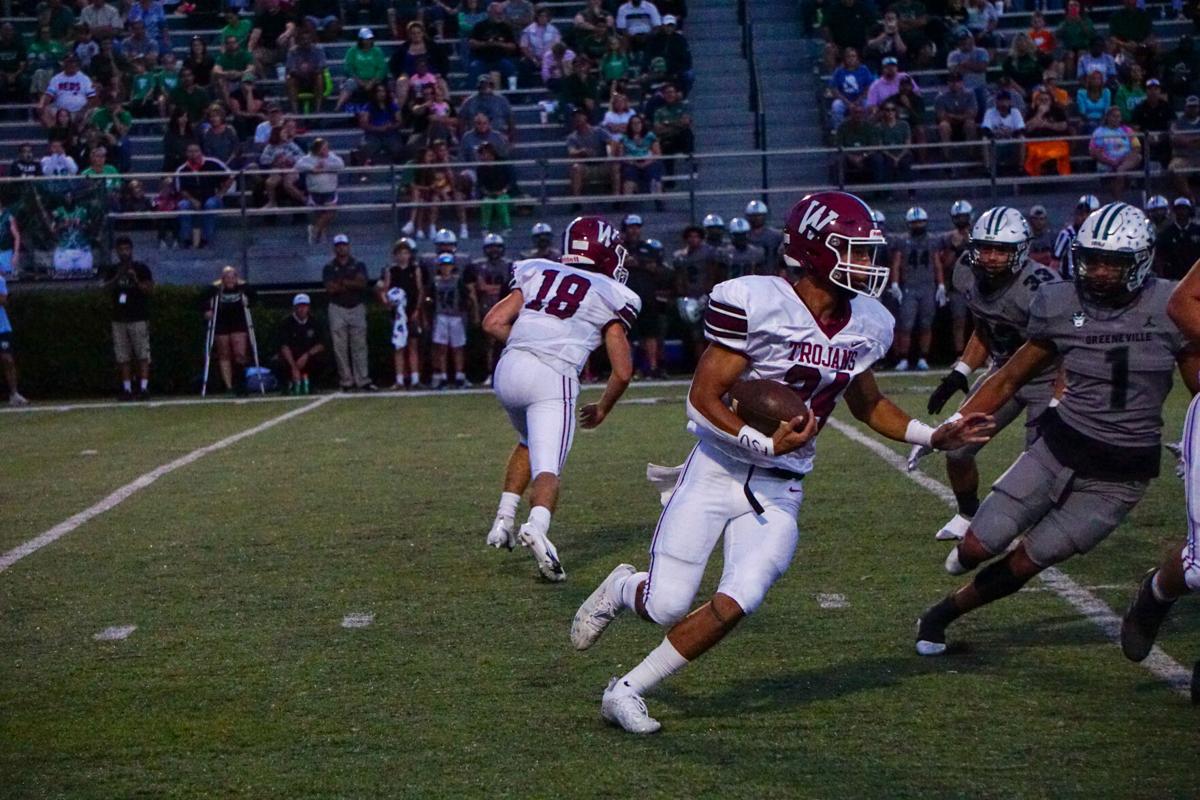 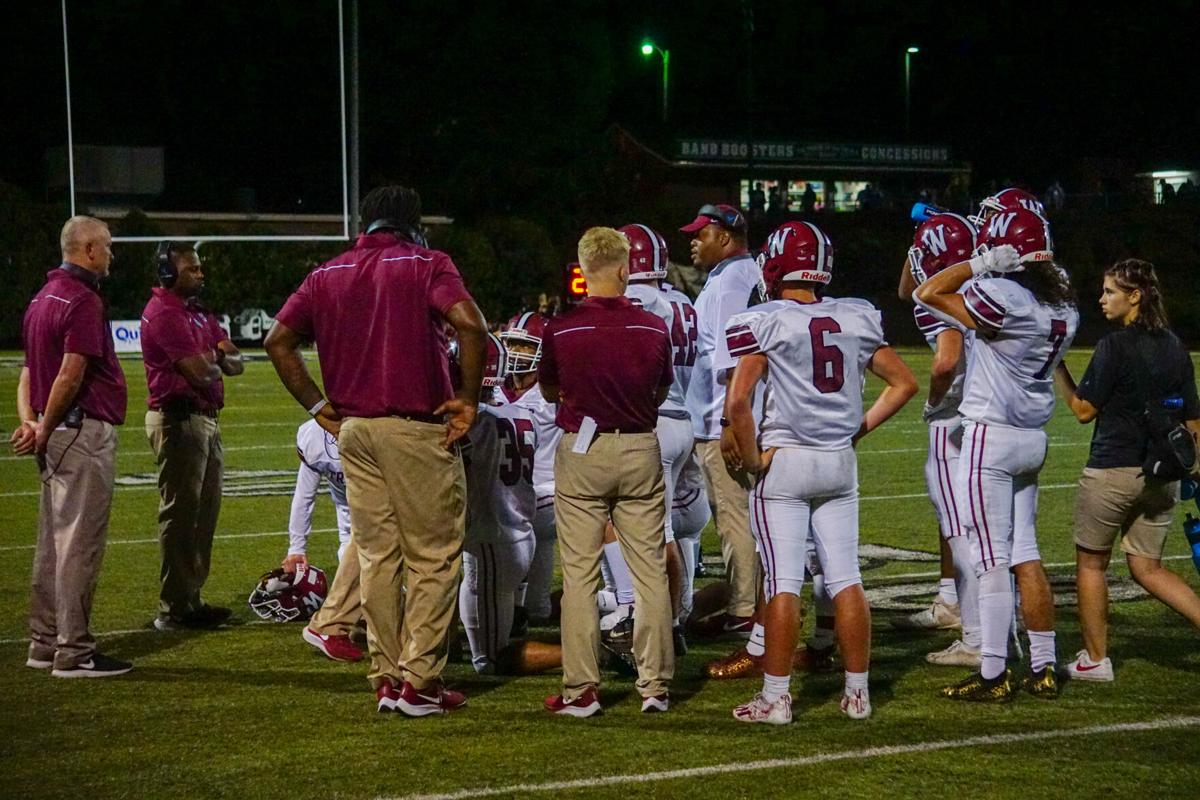 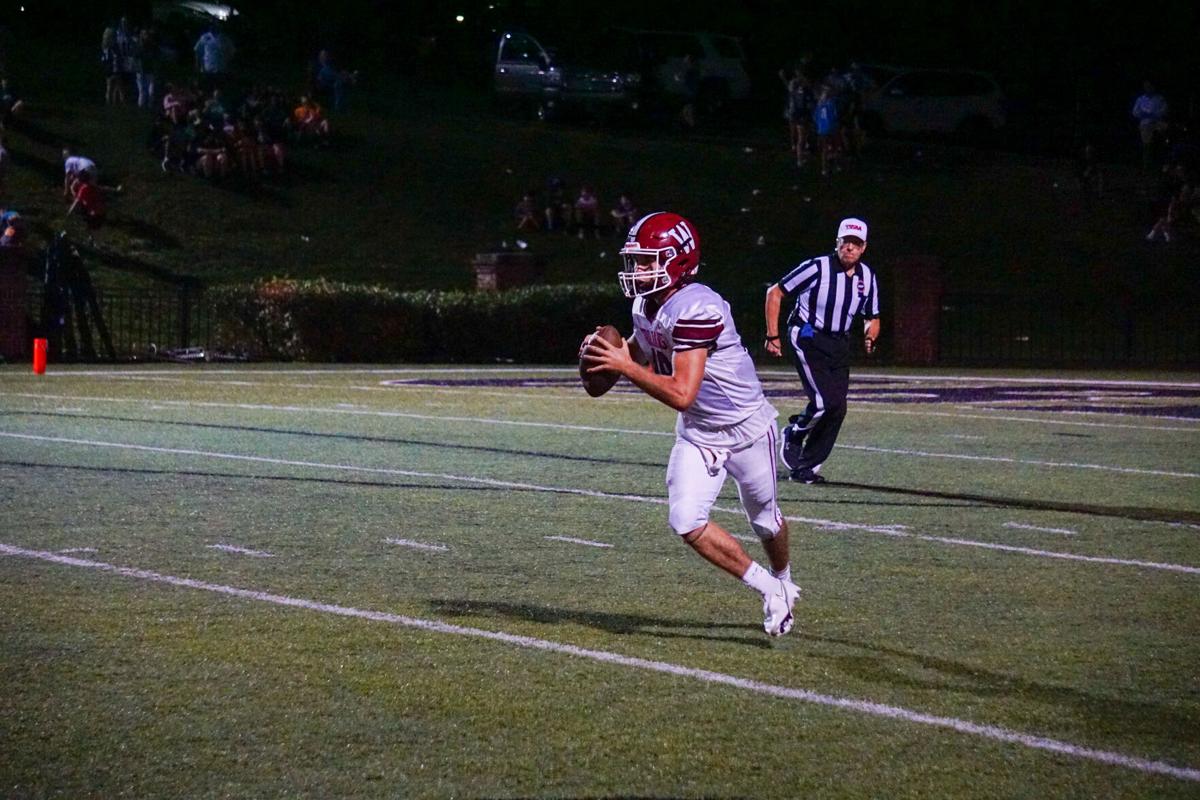 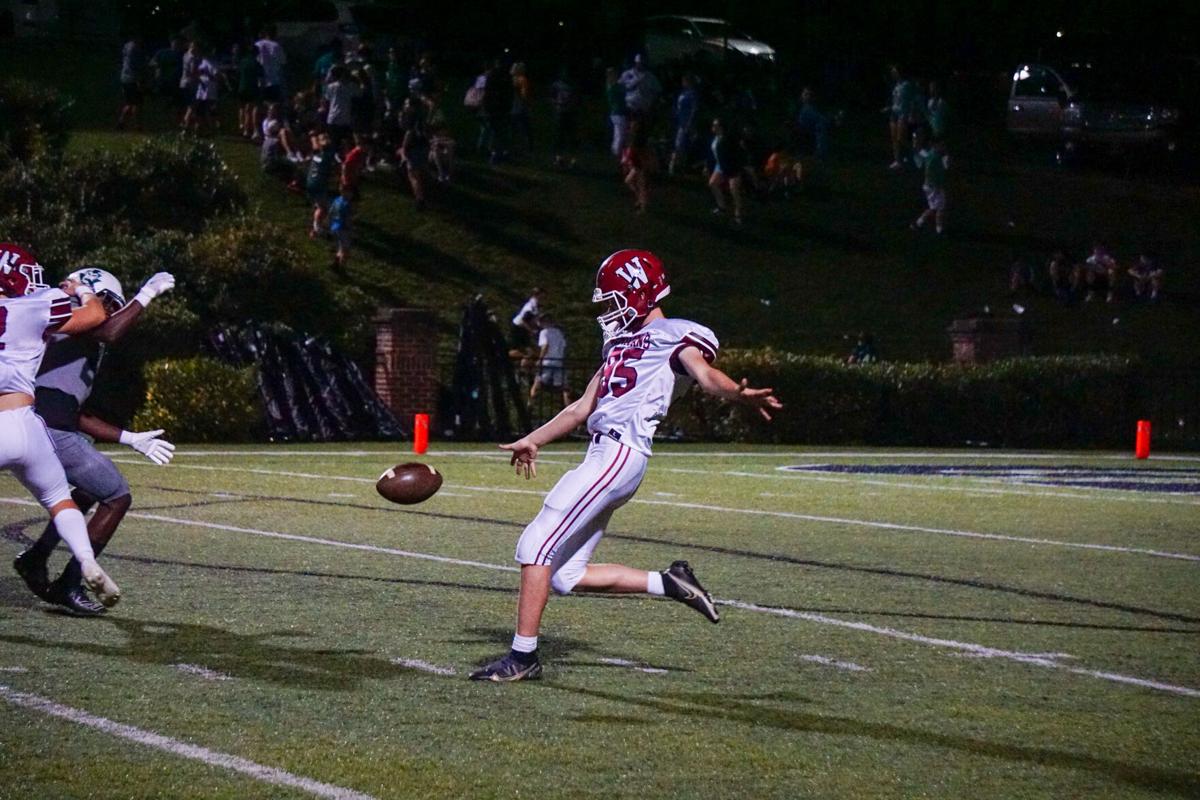 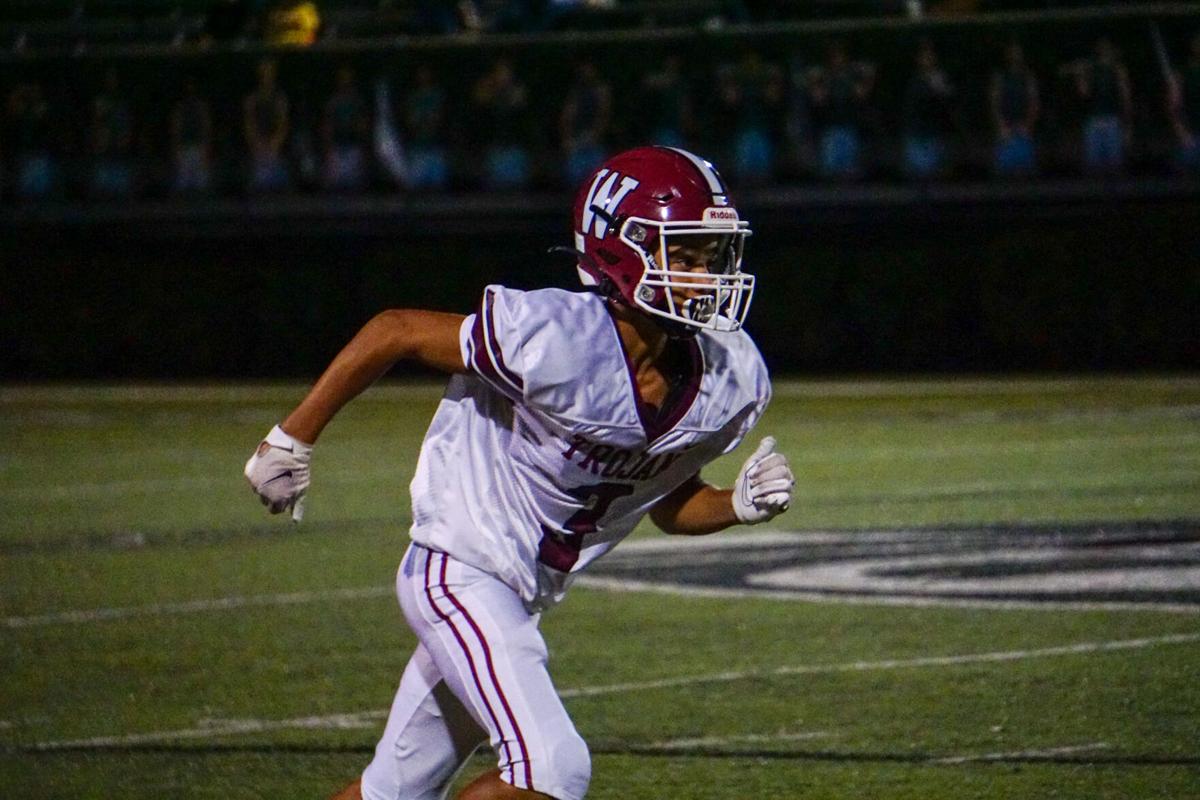 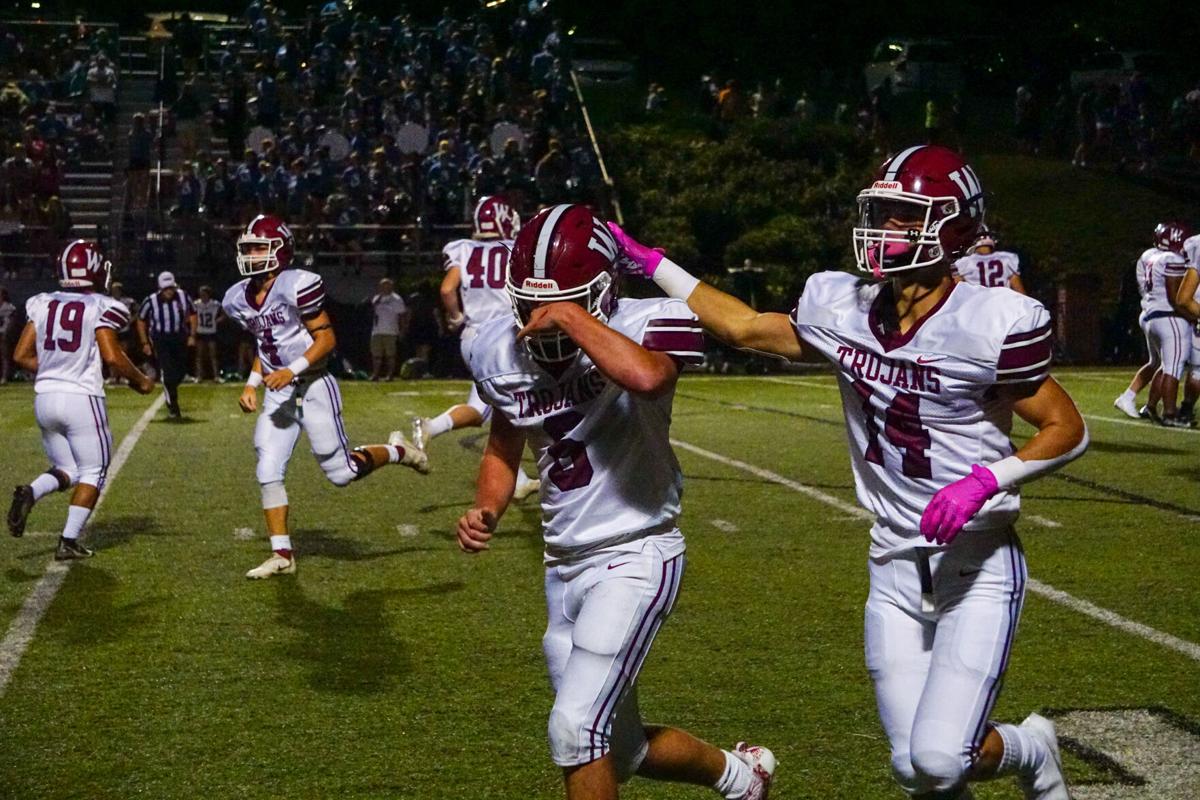 Morristown West’s Malakhi Isom (4) runs during Friday night’s contest against Greeneville. The Trojans fell behind early and could never catch up in the defeat.

GREENEVILLE — The Morristown West Trojans had a rough night at Burley Stadium against the Greeneville Greene Devils on Friday.

By the end of the first quarter, the Trojans saw themselves down 28-0. The deficit only continued to grow as the Class 4A No. 1 ranked Greene Devils put on an offensive clinic, racking up 544 total yards en route to their 55-7 victory over West.

Obviously, it wasn’t the night West coach Alvins Sanders had planned for.

“We played a very talented team and we didn’t show up,” he said. “We are hurt by that and are embarrassed by our performance. We have aspirations of building our football program at West to be as good as Greeneville’s. They have done a great job and it shows they are ready for anyone who takes the field against them.”

The Trojans fall to 2-2 on the season after the non-region loss to Greeneville (4-0).

By the time West entered its first touchdown of the night, it was 49-0 in the fourth quarter with a running clock. Landon Howard made the most of his opportunity at tailback with the Trojans’ lone touchdown as he rushed for a 29-yard score.

Another bright spot for West was Malakhi Isom securing his second interception of the season. Isom picked off Greeneville’s backup quarterback Corbin Cannon at West’s 5 and managed to return the ball to West’s 26.

“Isom has a knack for finding the football and can make some plays,” Sanders said. “Howard got his opportunity and took advantage of it. It was good to see that from those guys.”

Greeneville opened up the game with an 87-yard touchdown pass on the first play as Brady Quillen found Mason Laws on a bubble screen.

Quillen’s big night continued with three more passing scores as he found three more receivers for a score. Jakobi Gillespie received two of the touchdown passes with a 7-yard reception in the end zone and taking a bubble screen pass 45 yards to the house.

Gillespie finished with three receptions for 82 yards and his two scores. Jaden Stevenson caught the other touchdown for 37 yards. Adjatay Dabbs got in the mix of touchdown receptions as he caught one for 21 yards from Cannon.

Quillen ended his night at halftime as he went 9-of-10 for 244 yards with his five scores.

The Greene Devil’s running back Mason Gudger added two scores to the advantage with his 12-yard touchdown and his 69-yard touchdown. Gudger finished with 120 rushing yards on 8 carries.

West managed to put up 100 offensive yards with the rushing attack gaining 81 of them.

Despite the tough loss, Sanders said he knows his team is better than what they showed on Friday.

“We are a better team than we showed tonight and that’s what disappoints us,” Sanders said. “There’s still a lot of football to be played this season. We have to move on from this and get back to work. We have an important region game next week we will have to be ready for. I know my guys will bounce back.”

The Trojans have the opportunity to bounce back in the win column as they face Daniel Boone at Burke-Toney Stadium next Friday for a Region 1-5A game.

WINNIPEG, Manitoba (AP) — Blake Wheeler had two assists in his 1,000th NHL game and Connor Hellebuyck made 32 saves, leading the Winnipeg Jets to a 6-3 win over the Toronto Maple Leafs on Sunday night.

INGLEWOOD, Calif. (AP) — Cooper Kupp wasn't aware after the Los Angeles Rams' 37-7 thrashing of the Jacksonville Jaguars on Sunday that he had reached 100 catches. With the way the fifth-year receiver is piling up accomplishments in a career season, it is getting hard to keep track.

Broncos gamble, lose to Chiefs, fall 2 back in division

KANSAS CITY, Mo. (AP) — The Chiefs' Andy Reid is an offensive-minded coach to his core, so the Kansas City defense must have done something special against the Denver Broncos on Sunday night for him to call its performance “beautiful.”

EDMONTON, Alberta (AP) — Adrian Kempe scored a pair of goals and the Los Angeles Kings snapped a two-game skid with a 5-1 win over the Edmonton Oilers on Sunday night.