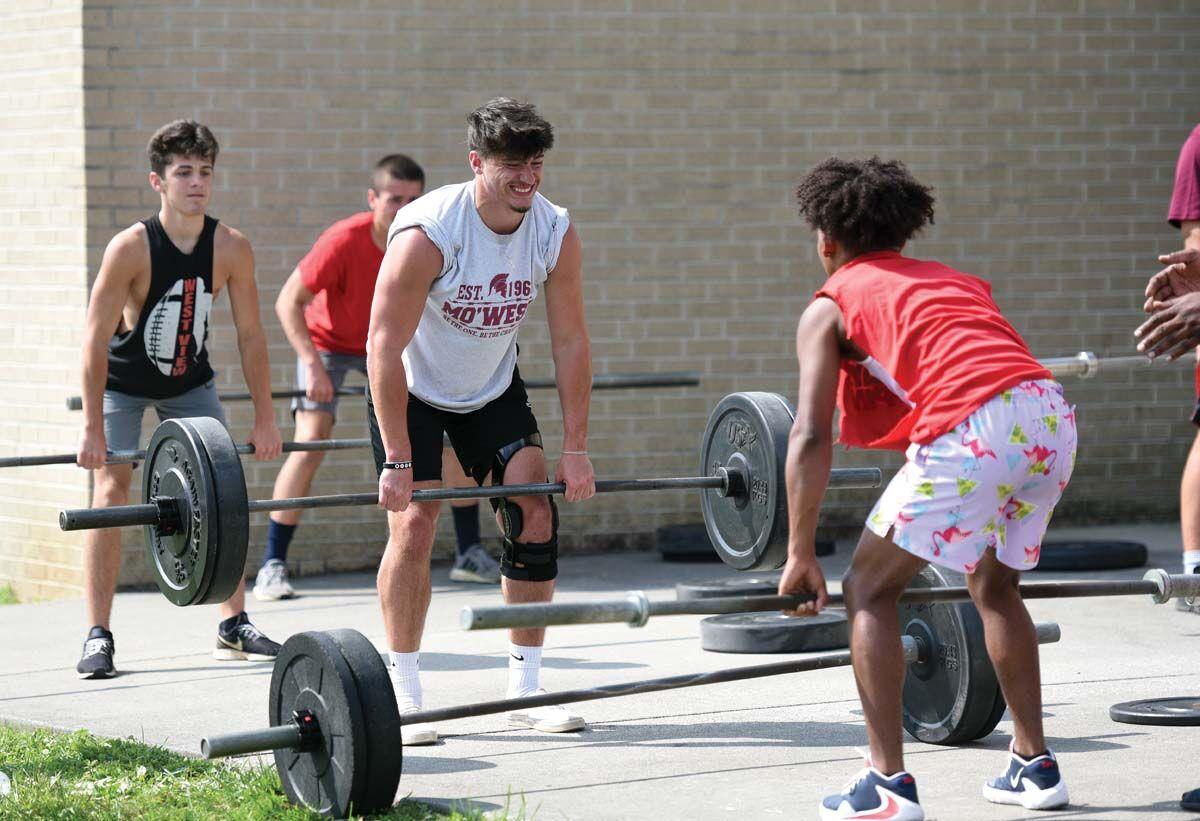 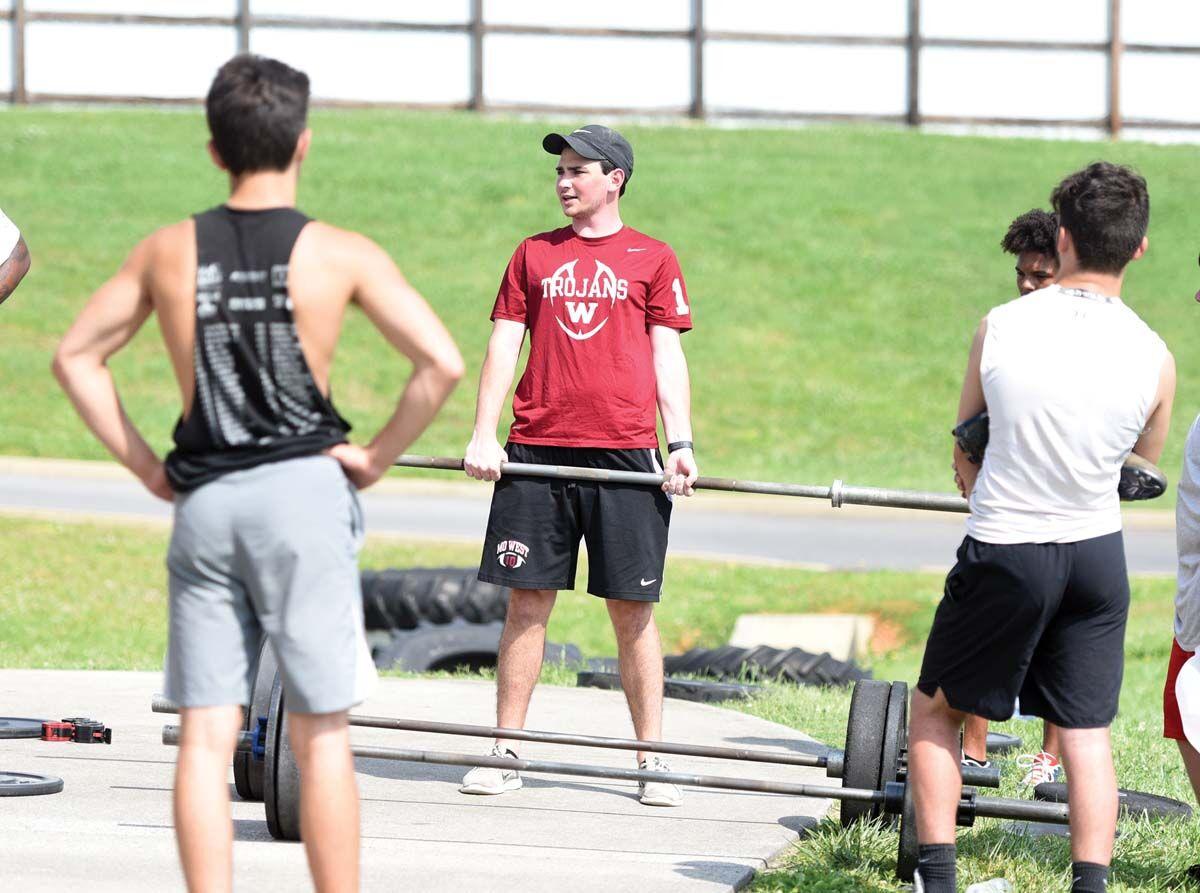 In any normal offseason, Morristown West head coach Alvin Sanders would have spent the spring with this team, in the weight room and doing conditioning, as work would have been well underway to prepare for the 2020 football season.

This was not a normal offseason.

With school shutdown and the state in lockdown after Gov. Bill Lee’s April Stay at Home order, there were no workouts, no spring practicing, no prep for the summer. And, what hurt Sanders most of all, no fellowship with his players.

“I worry about them every day,” Sanders said. “We had a routine and I knew what was going on in each and every one of their lives. Being apart was tough because we want them to know we’re there for them and have their back.”

Monday, team work with social distancing and Centers for Disease Control guidelines was allowed and, for the first time in months, Sanders got to see his team face to face.

“I just wanted to run up and hug them,” Sanders said. “We hadn’t seen each other and it was like seeing a relative at Christmas. But we couldn’t. There was a lot of air high fives and stuff like that. Emotionally, I was very pleased to see them. Being able to lay eyes on everybody and see they were doing well made it special getting back together.”

No contact is currently allowed in practice so the early work has been weight training and conditioning, with some creative instruction in between.

“Our offensive line is six feet apart and our coaches are 10 feet back,” Sanders said. “We’re using trash cans and saying, ‘This is a guy right here. Point to him and tell me where you would go’ and different things like that.”

Throwing and catching the football, as ironic as it may seem, is currently out of the question.

“We’re not doing anything with the football right now with our quarterbacks,” Sanders said. “We can’t. I don’t want to put us in that position. Within the guidelines, you can’t share equipment. So if I throw a football to a receiver, by the time we get it back to the quarterback, we have to sanitize it.”

With players off, in spite of workout packets and online meetings with the team, conditioning has been at the forefront of the Trojans’ workload. Luckily, that can easily be done with social distancing in place. Still, Sanders hopes that his team can soon resume some kind of normal activities while remaining safe during the COVID-19 global pandemic.

“The biggest thing right now is getting them acclimated again,” Sanders said. “They’ve been off for two months, but we’ve done some things together online as far as Zoom workouts. We email them and text them workouts to do at home, but it’s still not the same as getting together and pushing weight around. Right now our focus is to get them back in shape. August is a couple of months away and playing games, but at the same time it’s getting close. We just want to do the best we can for each individual kid.

“We’re just focusing on getting kids back in shape. And talking and teaching as going from there. We’re waiting until the next phase of this. Hopefully it’ll be sooner than later and we can do some more football related stuff.”

Because of the physical fitness requirements to play football safely and at an optimum level, the Trojans have altered their usual offseason workout schedule.

“We started Monday and we’ve been working every day,” Sanders said. “In past years, we’ve gone Monday through Thursday with workouts, but with the two-month layoff we added another day through Friday. It’s been fun with the guys. It’s been crazy getting everybody squared away and following the guidelines. At the same time, we’re all excited and happy to be back together.”

The upcoming schedule looms large. Morristown West is set to open the season on Aug. 20 against cross-town rival Morristown East in the Citizen Tribune Kickoff Classic. In spite of the current practice and TSSAA-mandated limitations, no changes to that schedule have been made so a live football game is less than three months away.

The Trojans are a young and hungry squad, eager to put last year’s 1-9 finish in the rearview. Sanders has to get his team ready however he can.

“We can only control what we can control,” Sanders said. “The only thing that matters to us is how we respond. Events happen in our lives, daily that we have no control over, but we can control how we respond to it. I can’t let my mind get into the ‘what ifs.’ As the guidelines change, we’ll adjust the plan a little bit. We’re focusing on the moment and not on what may or may not happen.”

DANDRIDGE — Isaac Sawyer saw his high school track career come to an end as a senior without so much as a race or a jump. Wednesday, the Jeffe…