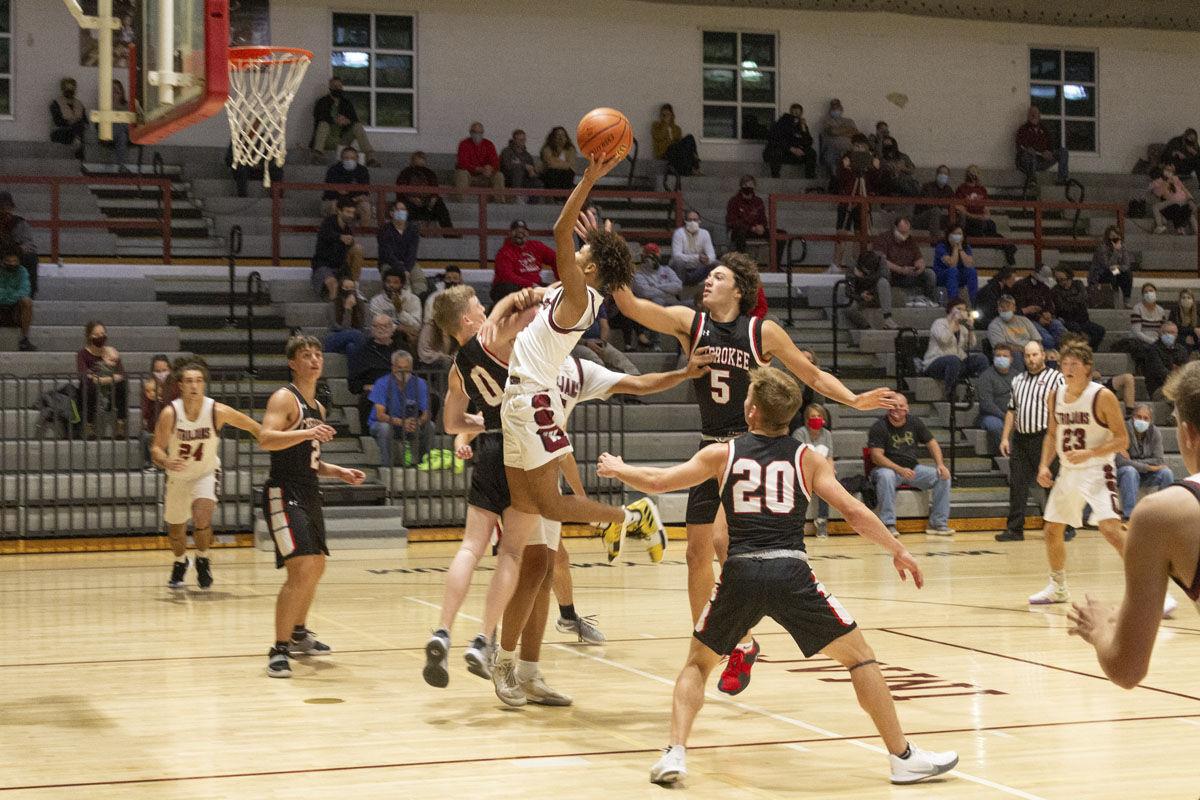 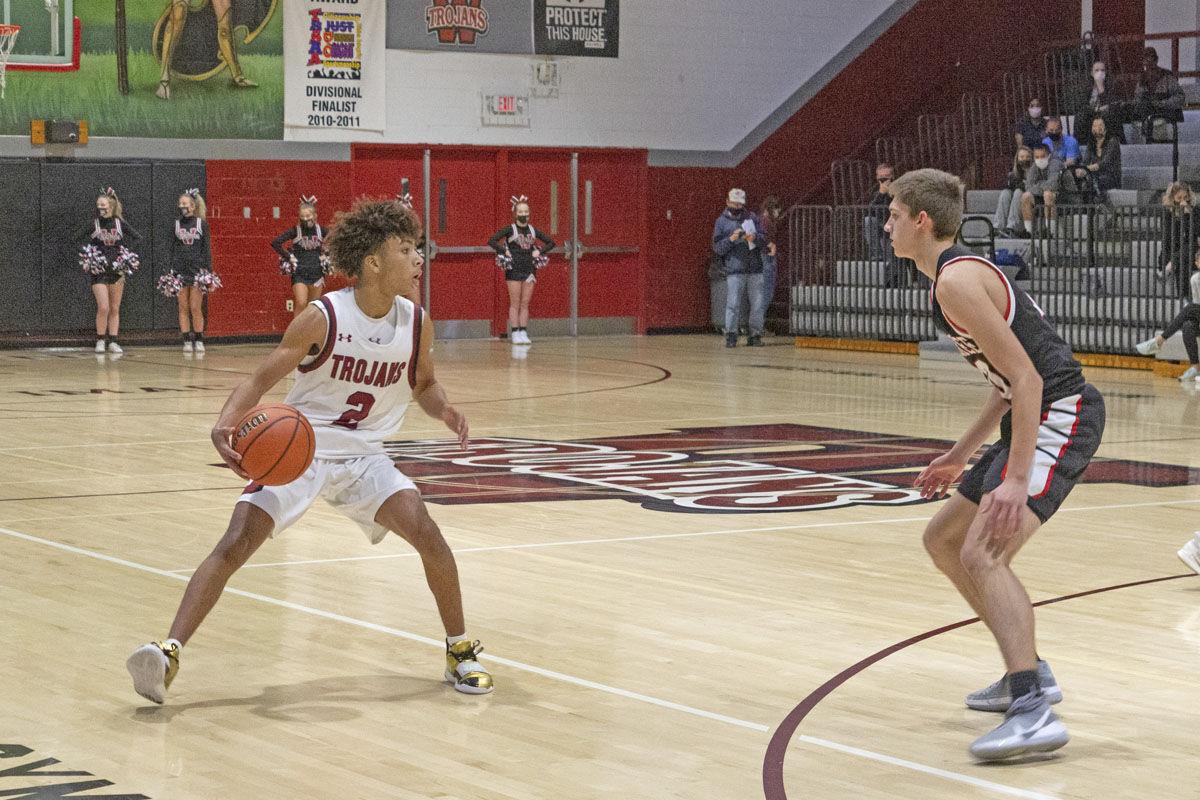 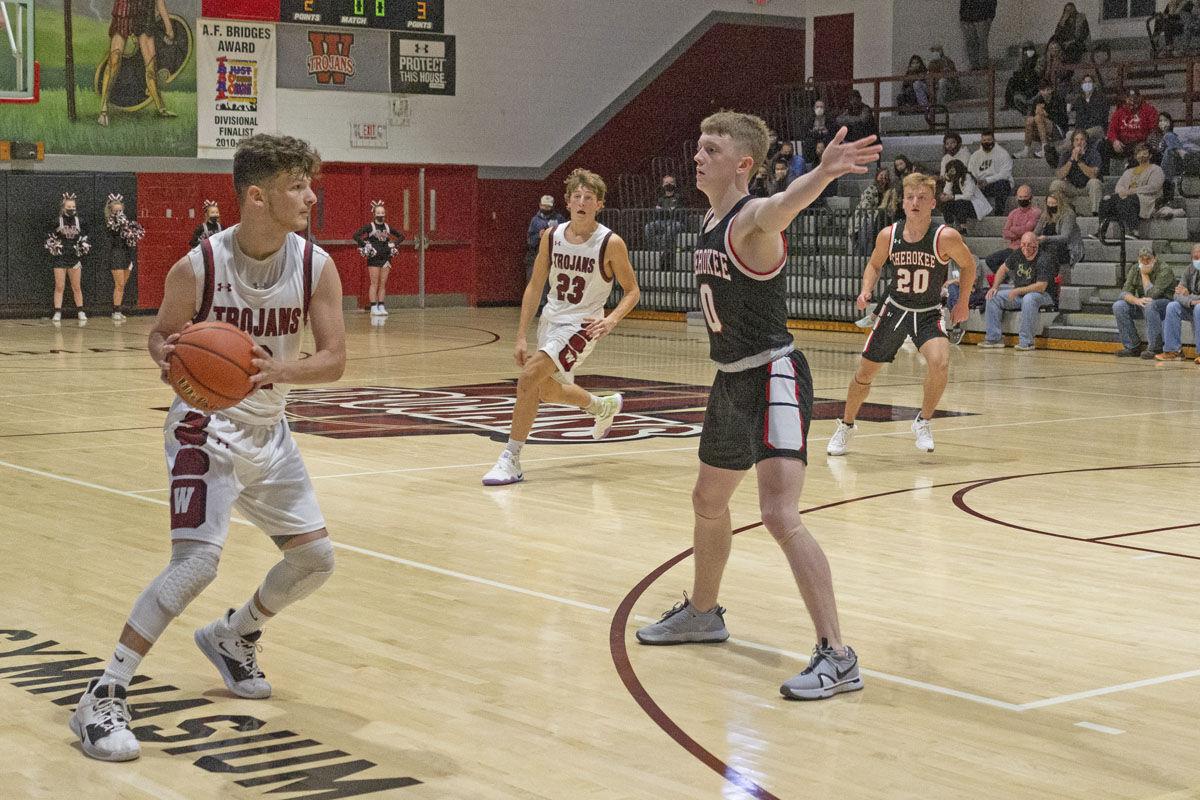 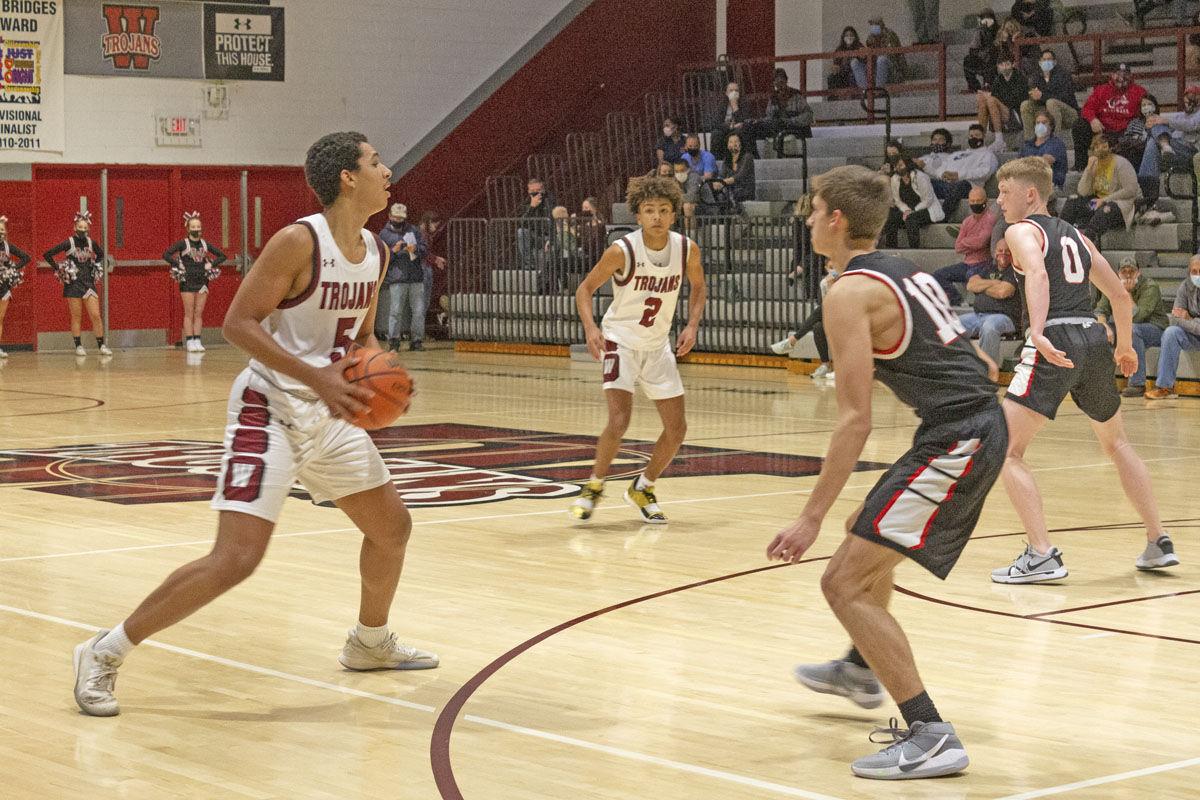 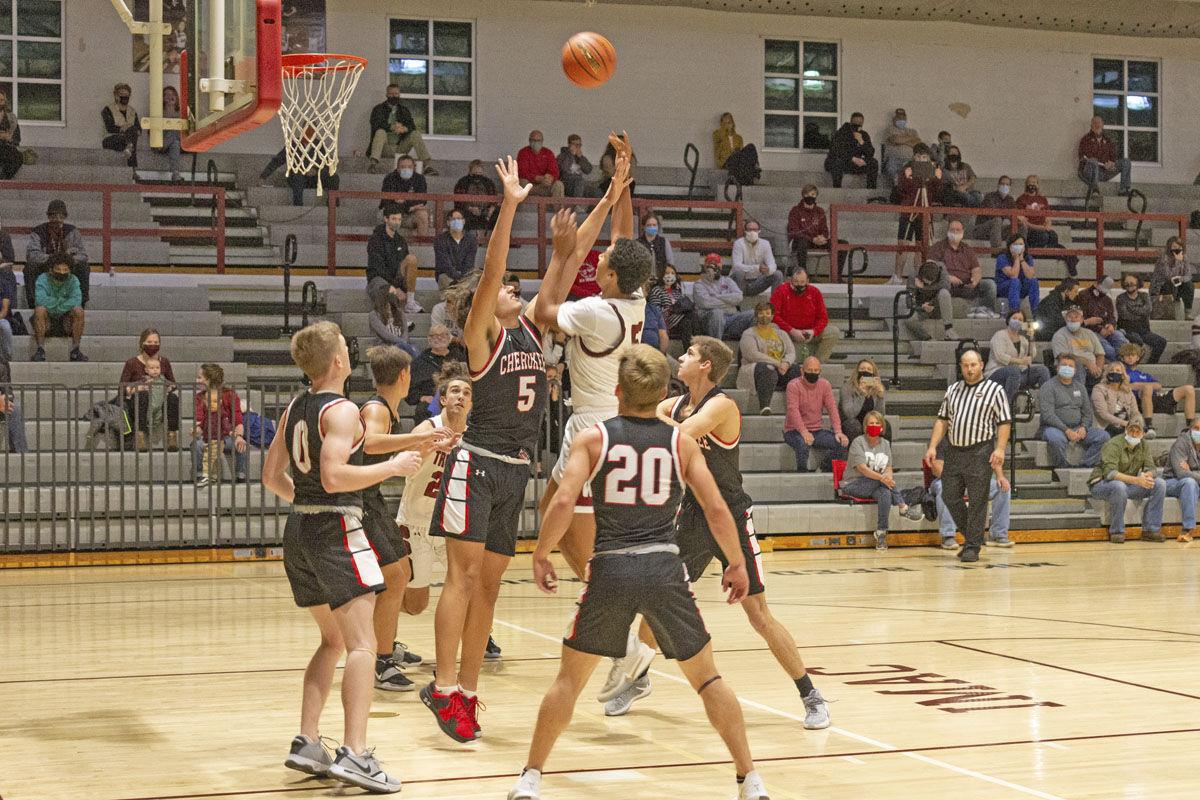 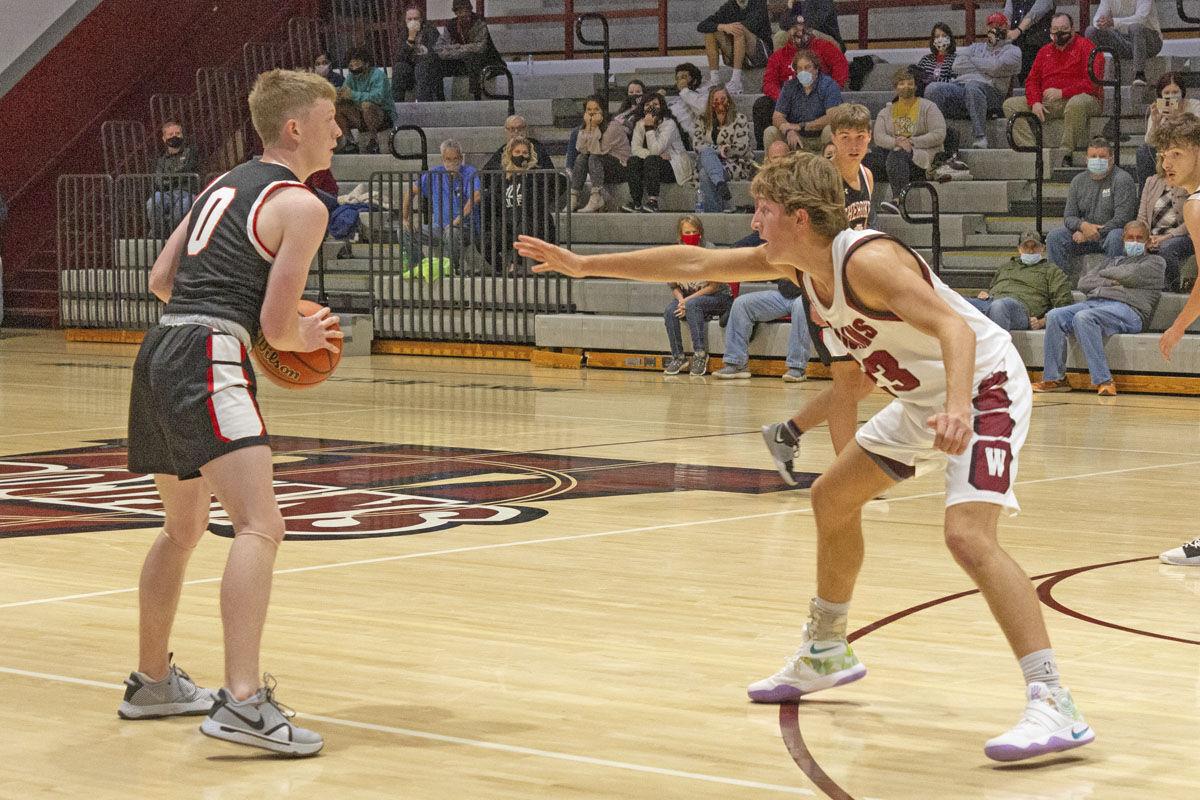 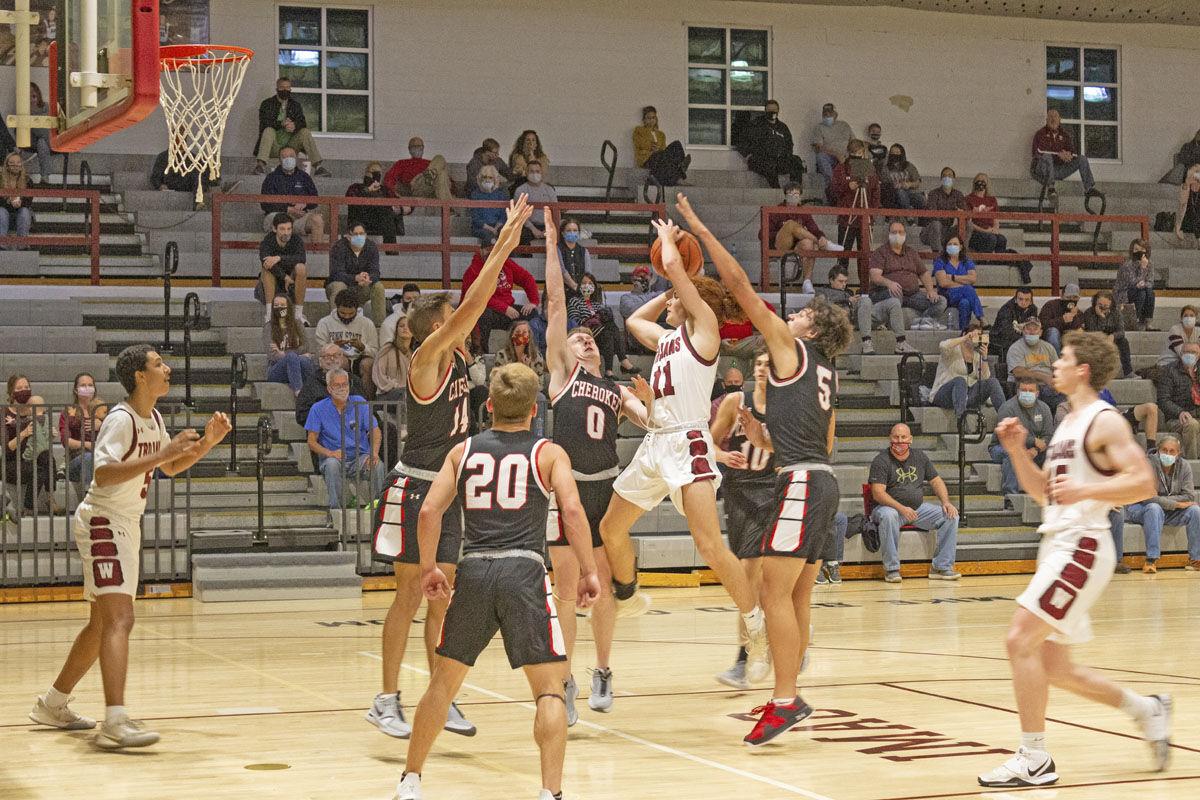 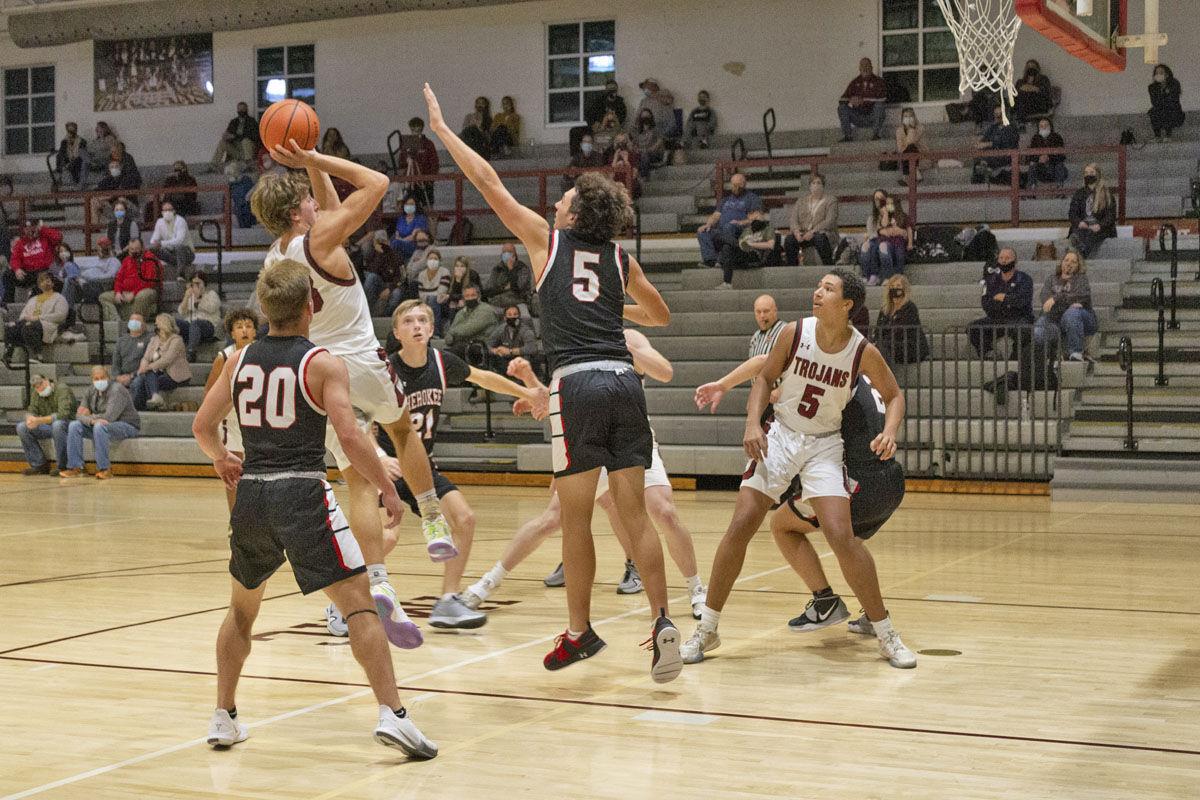 Carter Metz poured in 25 points including 10 in the decisive fourth quarter as Cherokee opened its season with a 49-43 victory over Morristown West Thursday night at Michael R. Reed Gymnasium.

With Metz leading the way, the Chiefs led practically the whole game in notching the victory. West saw its record dip to 1-1 for the young season.

Cherokee scored the first five points and the Trojans spent most of three quarters trying to catch up. West finally took a one-point lead on a bucket by Brady Cornett with 44 seconds left in the third quarter.

However, Metz hit his fourth three-pointer of the game a half-minute into the final frame and the Chiefs held the home team without a basket for almost five minutes in pulling away for the victory.

Jason Sattler added 11 points for Cherokee as the Chiefs battled foul trouble most of the night.

Joey Hancock was the only Trojan in double figures as he scored a dozen points and raked off 13 rebounds.

Ryan Shafer had seven with all of those coming in the first half. He got three quick fouls at the start of the third quarter and eventually fouled out.

The Trojans suffered through a cold shooting effort from the floor and didn’t do much better from the free throw line. West finished the game at 13 of 47 from the field including 3 of 13 from long range. They managed to hit only 14 of 31 charity tosses.

Cherokee hit 45.2 (19 of 42) on field goals, making half of their eight three-point attempts. The Chiefs were also pretty bad at the foul stripe, making only 7 of 23.

With Hancock and Davis leading the way, the Trojans controlled the boards, 53-38. Metz led the Chiefs with seven.

“This was a big win for us,” said Cherokee coach Trey Fields. “Under the circumstances we’re in, I thought we did a great job. To be honest, after all that has gone on with no scrimmages and all, I was so proud of the way my kids responded.”

He added, “It helps when you can rely on 0 (Metz) and 20 (Sattler) in games like this. We got off to a good start but West battled back. But Carter started getting to the rim in the fourth quarter and got us back out in front.”

West’s Jonathan Smith said, “I think tonight was a big lesson for our kids. That is that you can’t just walk into the gym and beat somebody. I think we were outworked, especially in the first quarter and I don’t really think we recovered form that all night.

“But give Cherokee and Metz credit. He’s a player and he found a way to get his shots and he’s a good shooter,” he said. “We didn’t play well offensively and there’s no excuse for missing that many free throws.”

Smith closed, “A lot of it is a maturity thing for us. But after tonight, I think it’ll be a lot easier to get their attention in practice. We’ll get things corrected.”

Jacob Kenner hit the first basket of the game and Metz nailed a three the next time down the court. Shafer hit a free throw to get the Trojans on the board before Metz drove for a layup.

Hancock hit the only basket for West in the quarter at the 5:28 mark but Luke Lackey scored and Metz canned another long one for a 12-3 lead.

Sattler scored the final four points of the quarter and the Chiefs led 18-7 at the first break.

Romero and Eli Steisslinger hit three-pointers and Davis had a conventional three-point play as the Trojans rallied within 20-16 two minutes into the second frame. After the visitors pulled back out by nine, Hancock and Ji Batts hit buckets and the Trojans were down 27-22 at the half.

Hancock had two baskets and Batts bagged a three in the third stanza as West battled back. Luke Yandell hit two free throws to chop the deficit to one before Cornett put the Trojans in front for the only time.

After Metz opened the fourth with a triple, Trenton Kennedy hit a free throw and Yandell made one for the Trojans. But Sattler scored and Metz added two more baskets and it was 43-35.

Hancock’s two free throws got West back within two at 45-43 with 1:26 left but the Chiefs hit four free throws down the stretch to ice it.