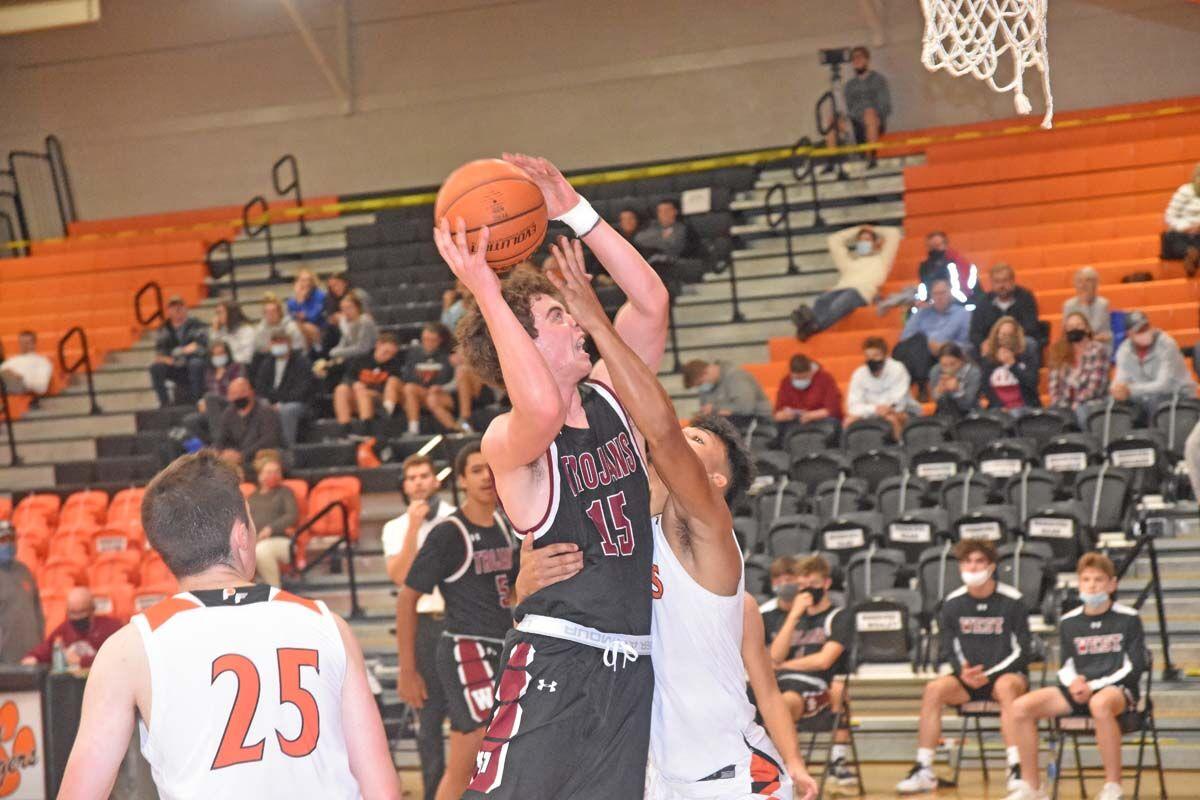 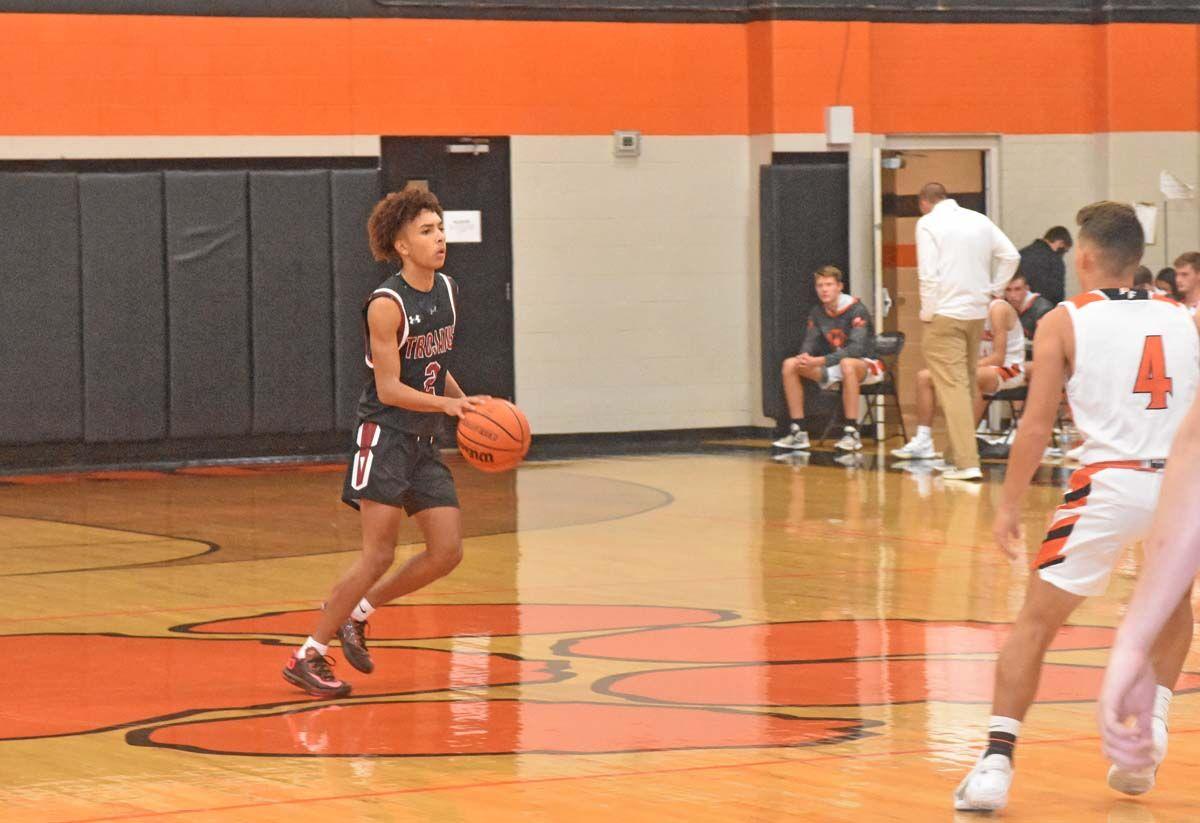 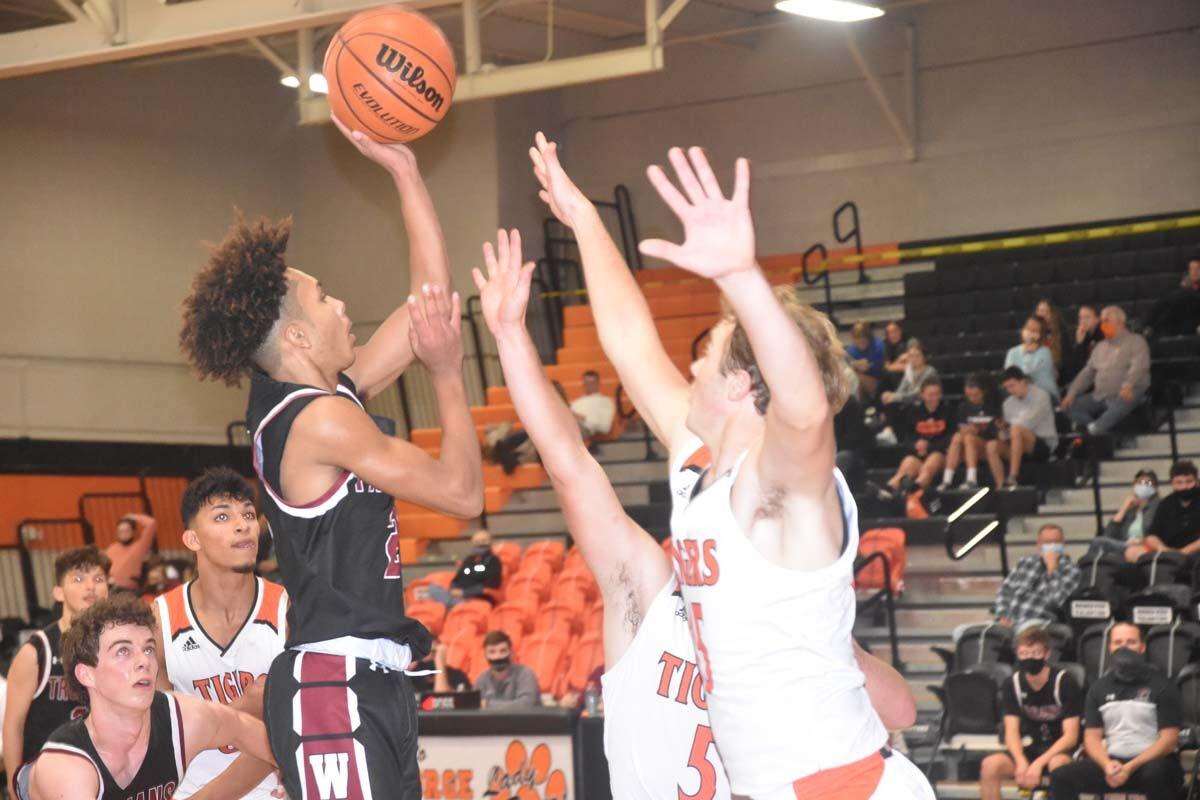 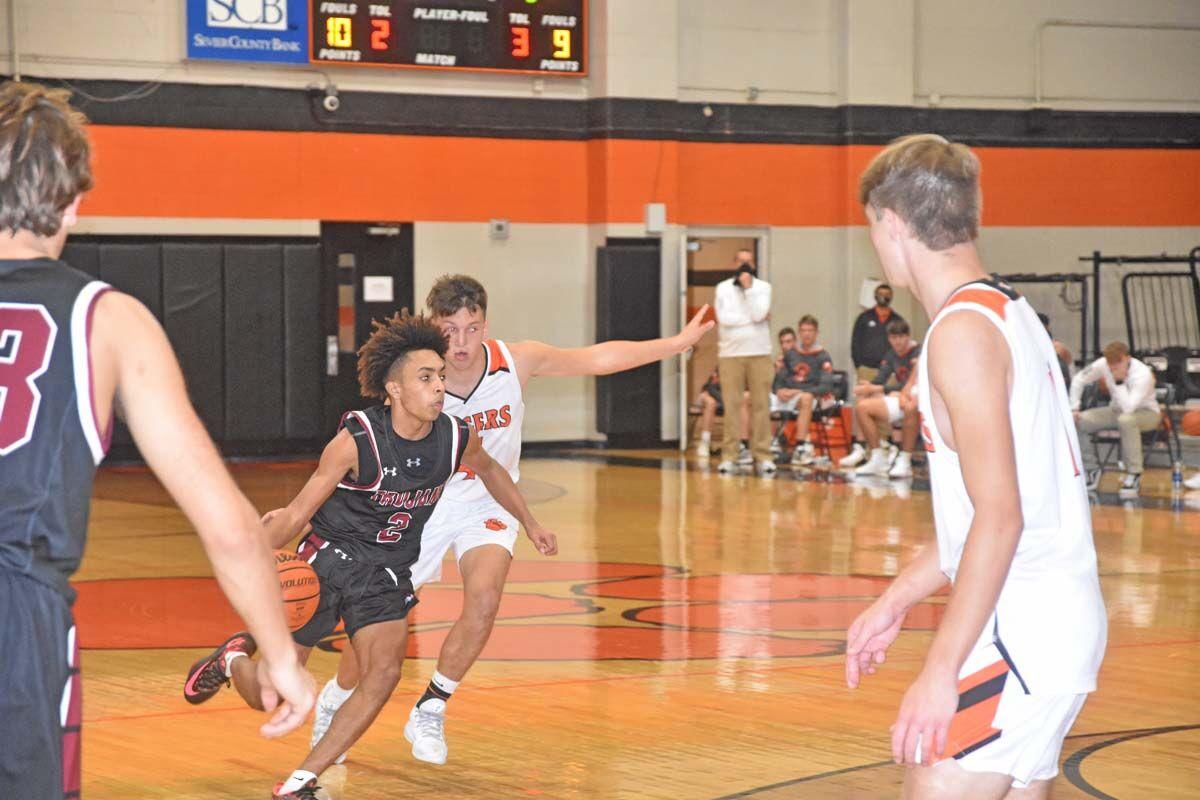 PIGEON FORGE—The Trojans of Morristown West stood their ground in a physical game against the Pigeon Forge Tigers in Monday’s basketball nightcap.

West’s strength has been seen early on in the season: physical games. A gritty game was exactly what the Trojans got against Pigeon Forge and it fell to their advantage as they strung together enough runs for the 74-64 road win at Pigeon Forge.

The win for West (2-1) was much needed to get back in the right direction after dropping a close game against Cherokee last week.

“I think this win was a huge momentum shift,” West’s head coach Jonathan Smith said. “I’m excited about this team. We have to come to work every day and find ways to get better. We know what we are capable of doing. We can win a lot of games if we play to our strengths.”

The Tigers (1-2) could not find a lead after the first quarter as West managed small runs here and there through the last three quarters to flee the Tigers off.

As the Trojans’ advantage climbed to double digits, Ryan Shaffer’s four-point play and Joey Hancock’s dunk in the fourth quarter added the exclamation point for the win.

“Shaffer was big for us,” Smith said. “He started a few of those good scoring runs we had to give us the edge. He had the hot hand and was able to lead us in scoring. It’s good to see him out there doing what I know he can do.”

“I thought we had a lot of guys contribute for us tonight in a lot of different ways,” Smith said. “We had some guys take on some big minutes and they played well. We were able to score. We were able to hit our foul shots and score inside tonight.”

Pigeon Forge was led by Bryson King’s 21 points but it was not enough to beat West.

The Trojans entered the first half matching up with Pigeon Forge’s physicalness well and used it to their advantage. Any small scoring run the Tigers executed was answered by a bigger run by West.

“Davis and Hancock were huge for us down in the paint,” Smith said. “Those two guys carry us in a lot of different ways. They are brutes inside and we saw that tonight. They controlled the boards and played extremely well defensively. When they play well together, they are a force.”

Pigeon Forge cut its deficit to 36-29 at the half, though, but that was as close as it would be the rest of the way.

Two minutes into the third quarter, Shaffer’s third 3-pointer of the game grabbed the Trojans another double-digit lead. All Smith needed from his team was to hold them off with 14 minutes to go.

Fortunately, West’s fuel never ran low as they entered the fourth quarter even stronger and upped its lead by as much as 72-56 with under two minutes remaining.

“I told the guys at halftime that we have to worry about getting ‘stop-score, stop-score,’” Smith said. “Luckily, we were able to do that. I told them before the game that this was going to be a big one for us to get back on track. They accepted the challenge and finished the game.”

Davis and Shaffer combined for 20 points in the second half for the security West needed to hold on for the win.

The Trojans will take a break in the action through Thanksgiving and will be back on the court against Gatlinburg-Pittman at home on Dec. 7.