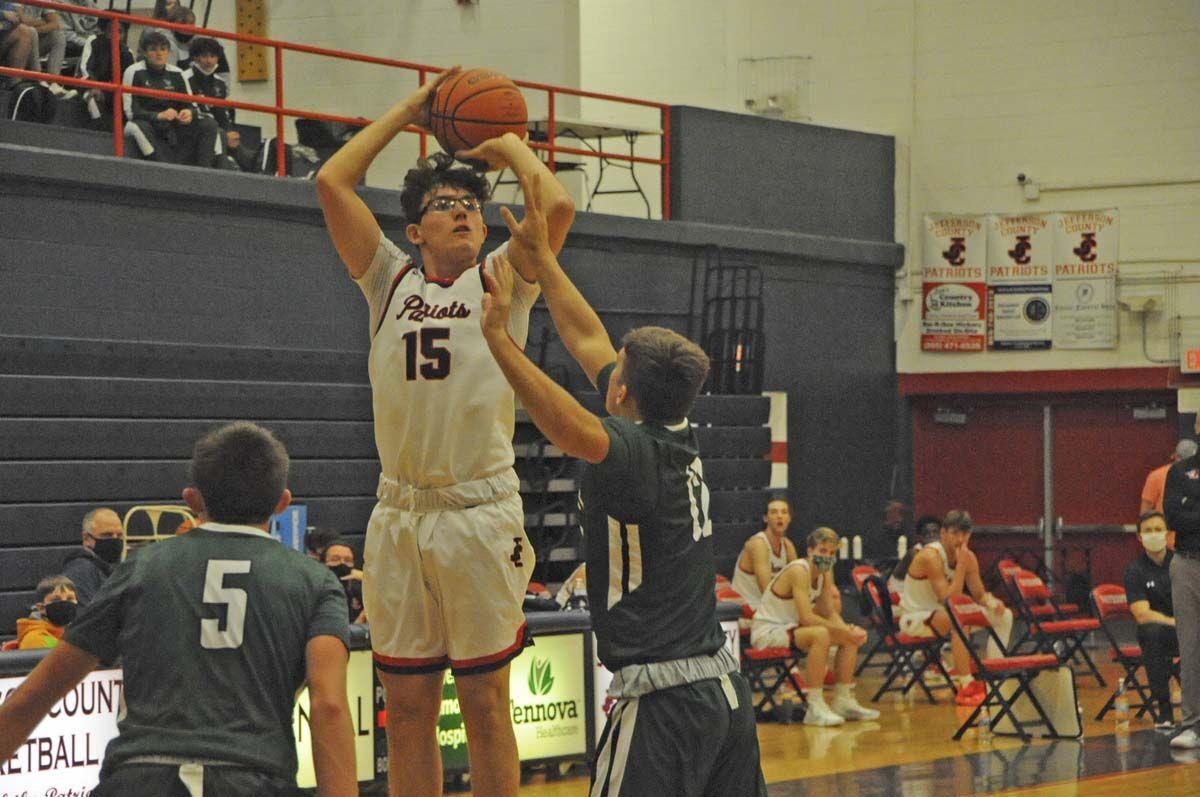 Jeff County’s Jacob Thompson (15) fires up a 3-pointer against Carter on Friday night. Thompson had 24 points in the game. 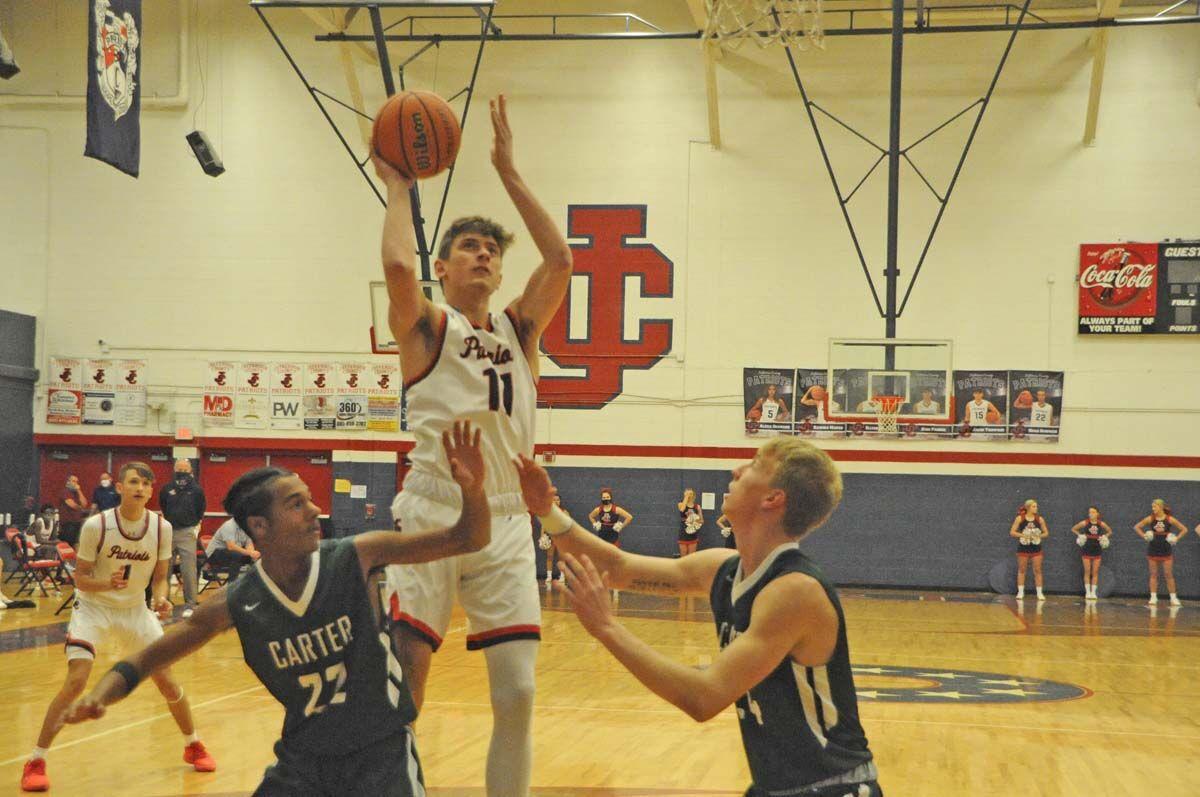 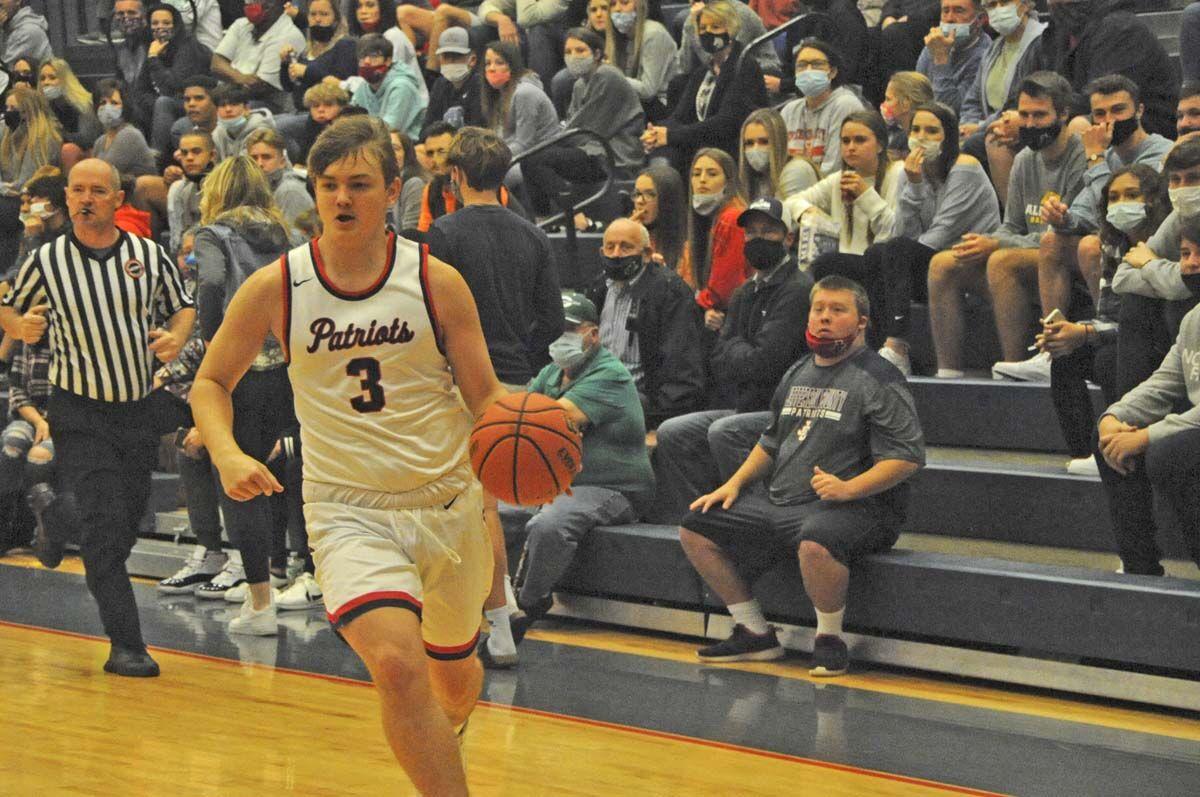 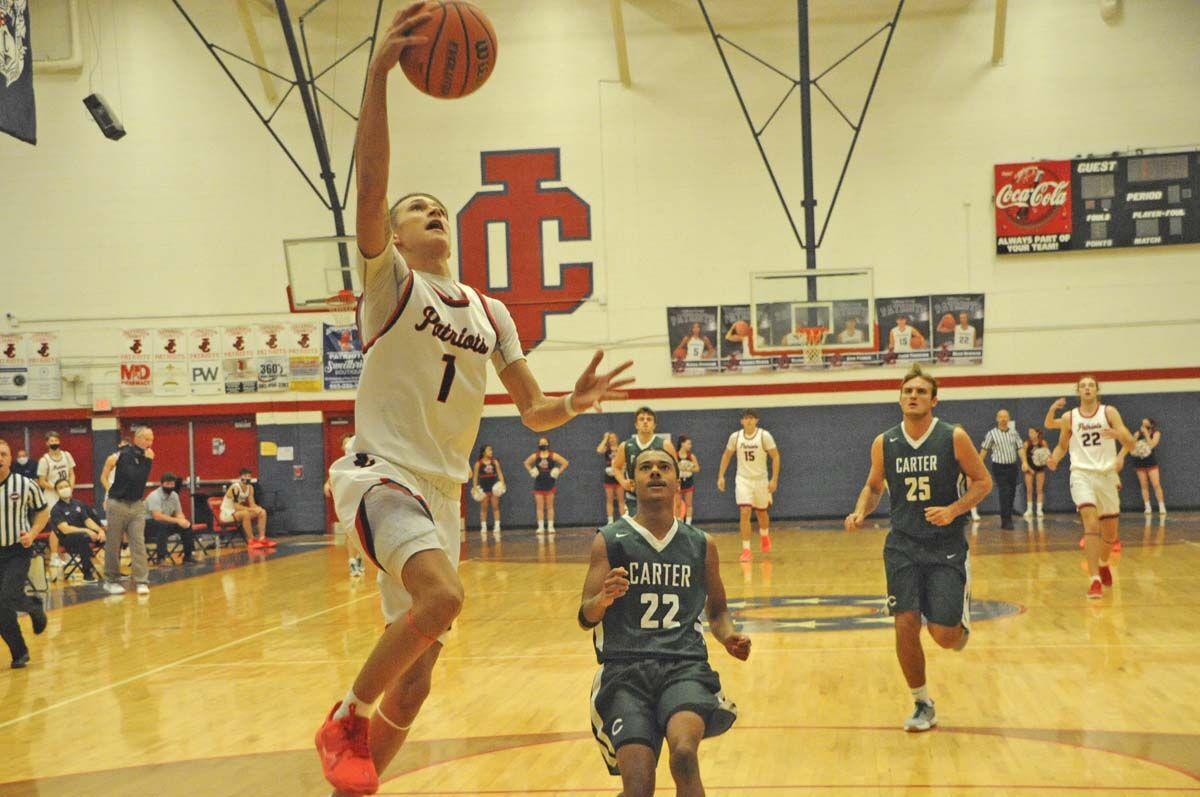 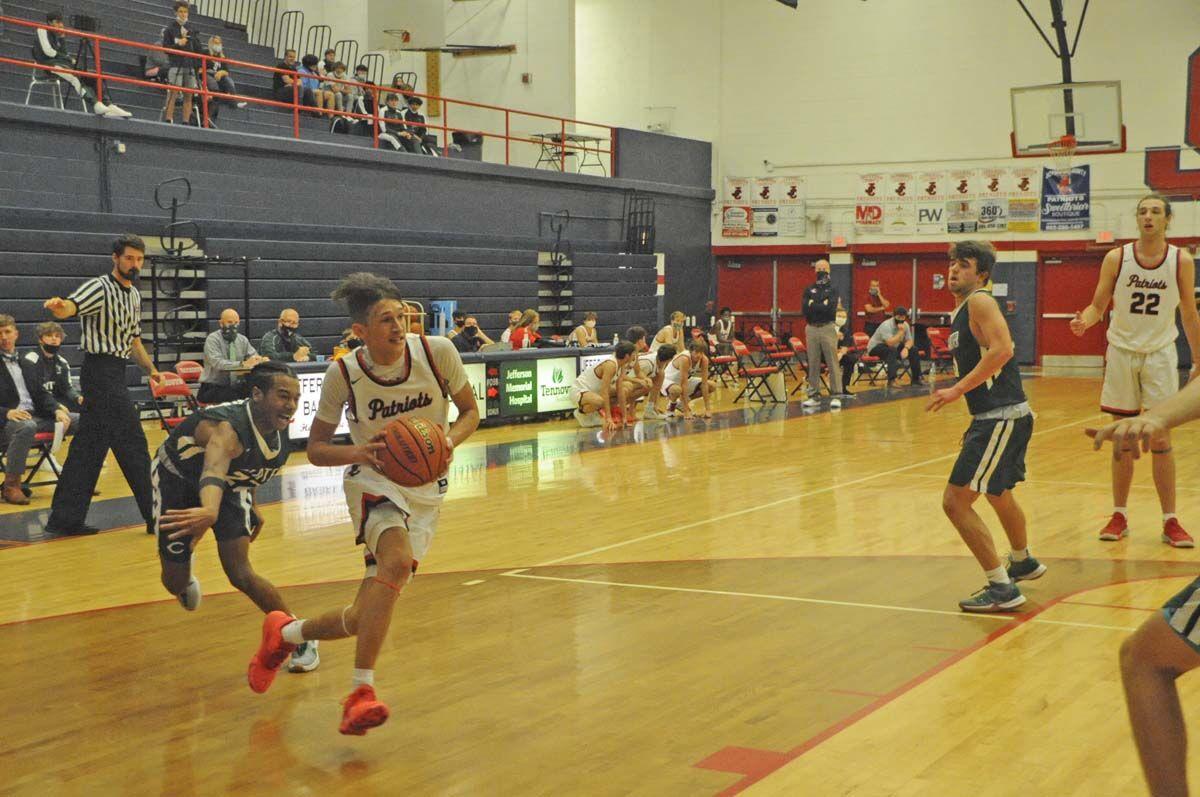 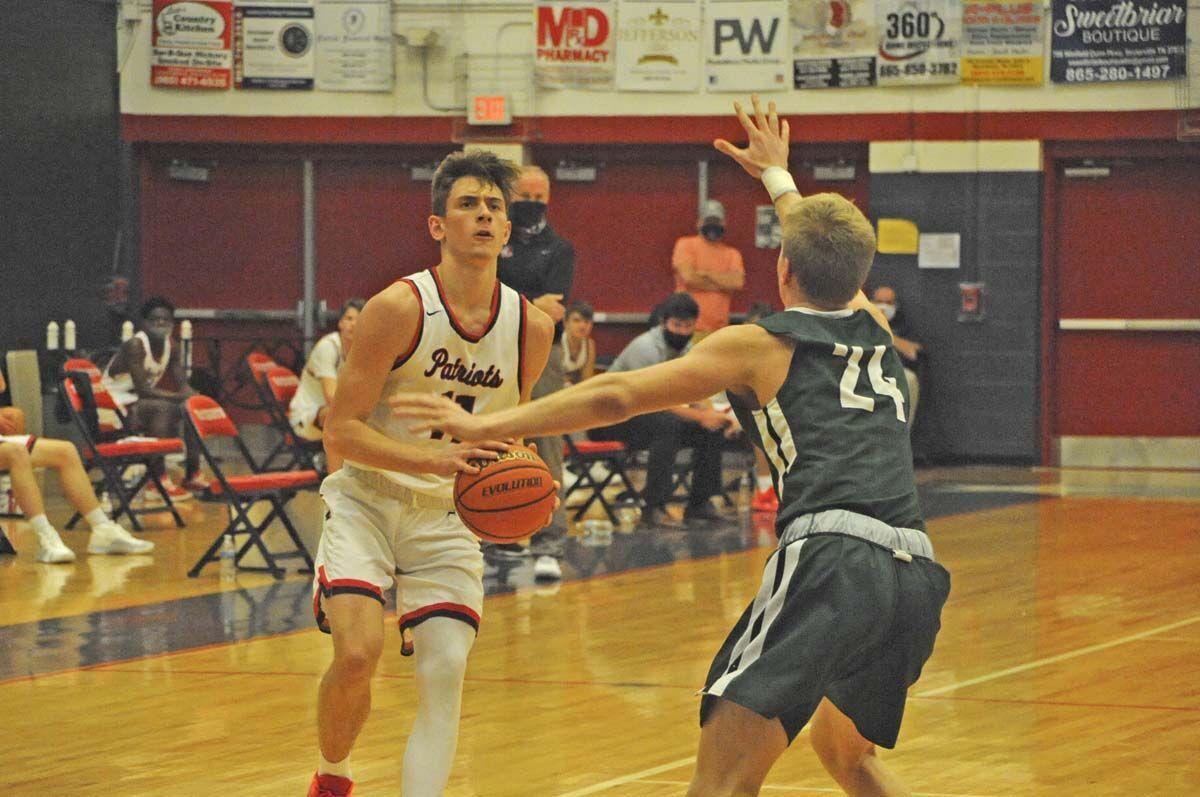 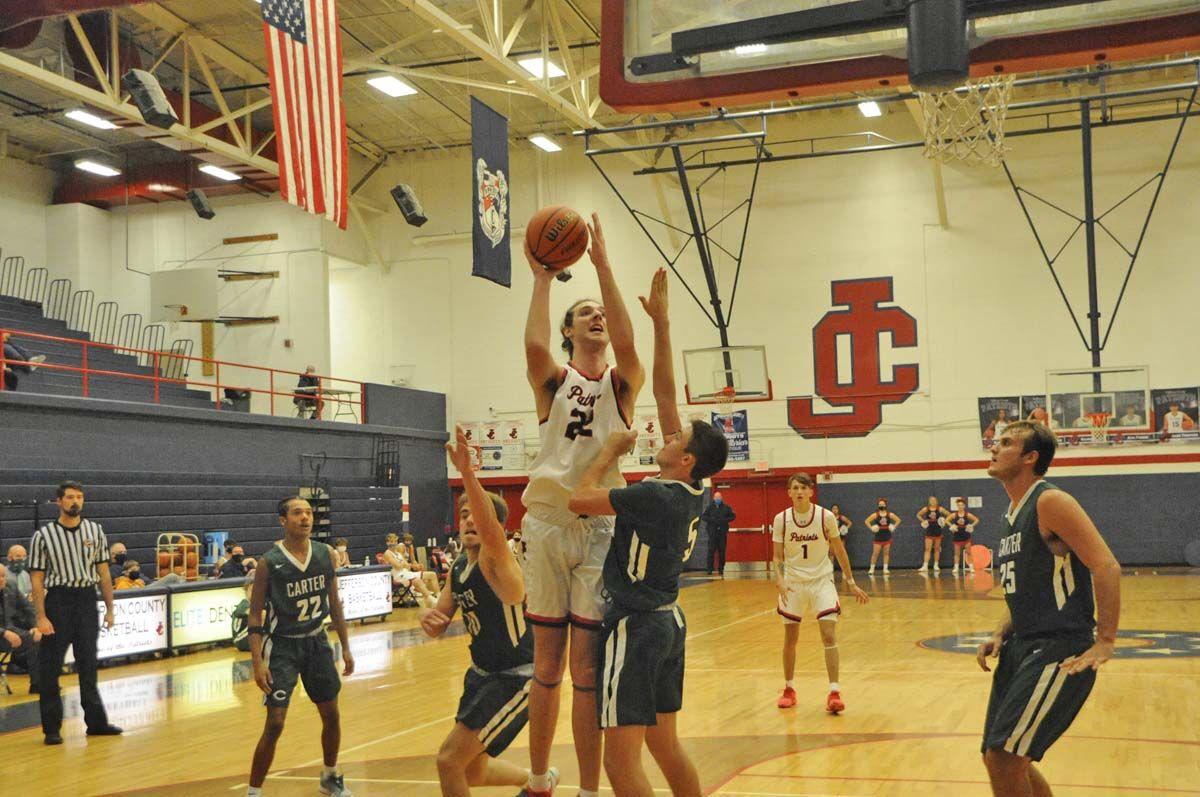 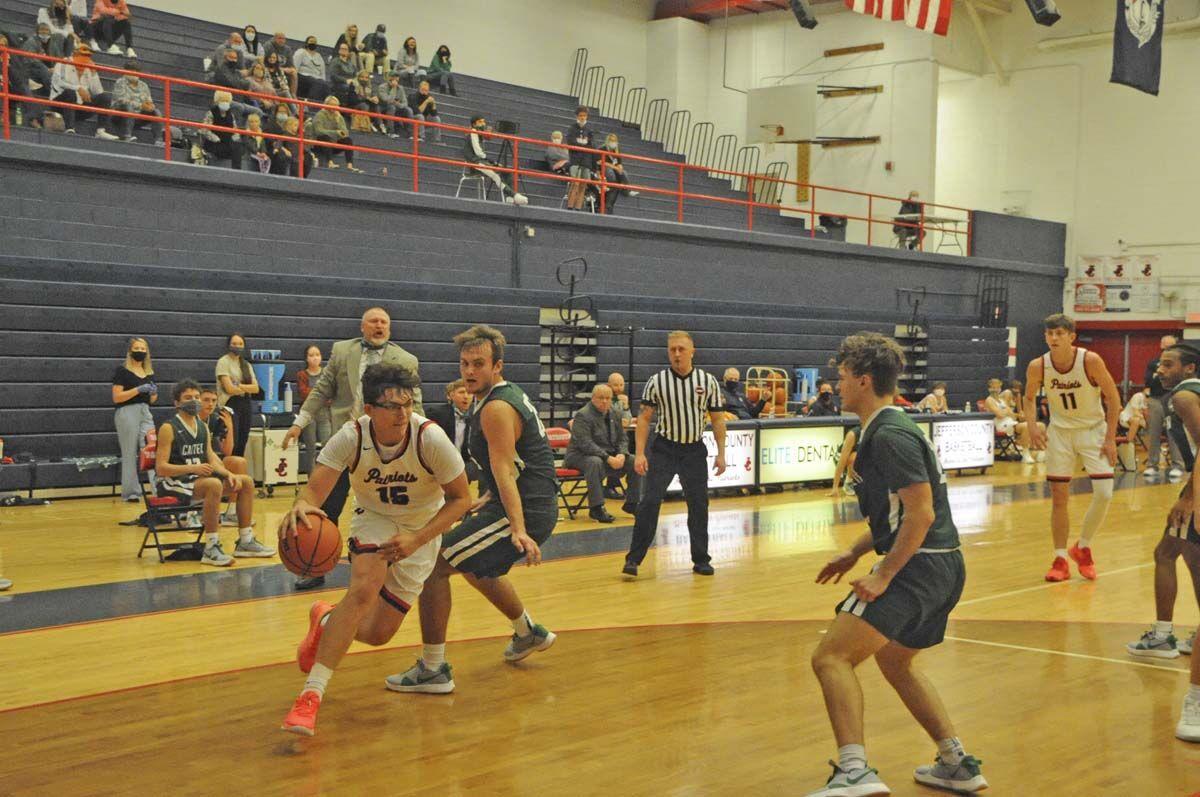 Jeff County’s Jacob Thompson (15) fires up a 3-pointer against Carter on Friday night. Thompson had 24 points in the game.

DANDRIDGE – You won’t be able to find many players who have gotten off to a better start to the basketball season than Jefferson County’s Jacob Thompson.

In the Patriots first game of the year against Cosby, Thompson dropped 18 points and led Jeff to victory.

And on Friday night in their home opener against Carter, he was even better.

Thompson scored 24 points against the Hornets, including going 7-8 from the free throw line in overtime, as Jeff County came from behind and knocked off Carter, 80-75.

“He has worked tremendously hard to be where he is at right now,” Jeff County coach Matt Johnson said. “He’s a steady influence. He’s always been that and been a good rebounder and defender, but he has really stepped up his offensive game.”

“Jacob got in there and worked his butt off,” Johnson said. “And then he came up clutch in overtime with the free throws. I am just so proud of him.”

With the game on the line in regulation, it was Thompson’s passing ability that almost won the game for Jeff County as he found Talan Higgins underneath for an easy layup to give the Patriots the lead.

“Last game because of foul trouble, he played a big part of that, so it’s nice to have him out there,” Johnson said.

With the win, Jefferson County improved to 2-0 on the season. Along with Thompson, Kobe Parker had 19 points, including an impressive posterized dunk in the third quarter.

Kawika Makua had 16 points as well.

Things started about as well as humanly possible for Jeff County, scoring the first 11 points of the game. Five of those came from parker and Thompson hit a 3-pointer as well.

However, Carter stayed in it and battled back to make it 14-12 late in the quarter and eventually tied the game with 11 seconds left in the first.

The cold spell continued for Jeff County in the second quarter as they matched Carter shot for shot but could never pull away. Five points by Makua at the end of the half gave the Patriots a two-point lead.

“We did start well which is good because it shows what we’re capable of doing,” Johnson said. “We do have to have some killer instinct and really try and keep adding to the lead.”

In the third, it was a battle of 3-point shots as the first five made baskets were 3-pointers. With Jeff up two midway through the quarter, Carter took the game over, going on a 10-0 run and led by nine after three.

With their backs against the wall, Thompson took control, draining back-to-back three’s to make it a three point game. The game went back-and-forth from there and Jeff found themselves down four with 1:50 to go.

But the Patriots pressed and eventually took the lead on Higgins layup with 12 seconds to go. However, Jeff County fouled and Carter made one free throw to send the game to overtime.

In overtime, it was all Jeff County as they built a seven-point lead and hung on for the win.

The Patriots will be back in action on Monday, taking part of the Admiral Thanksgiving Tournament in Farragut.