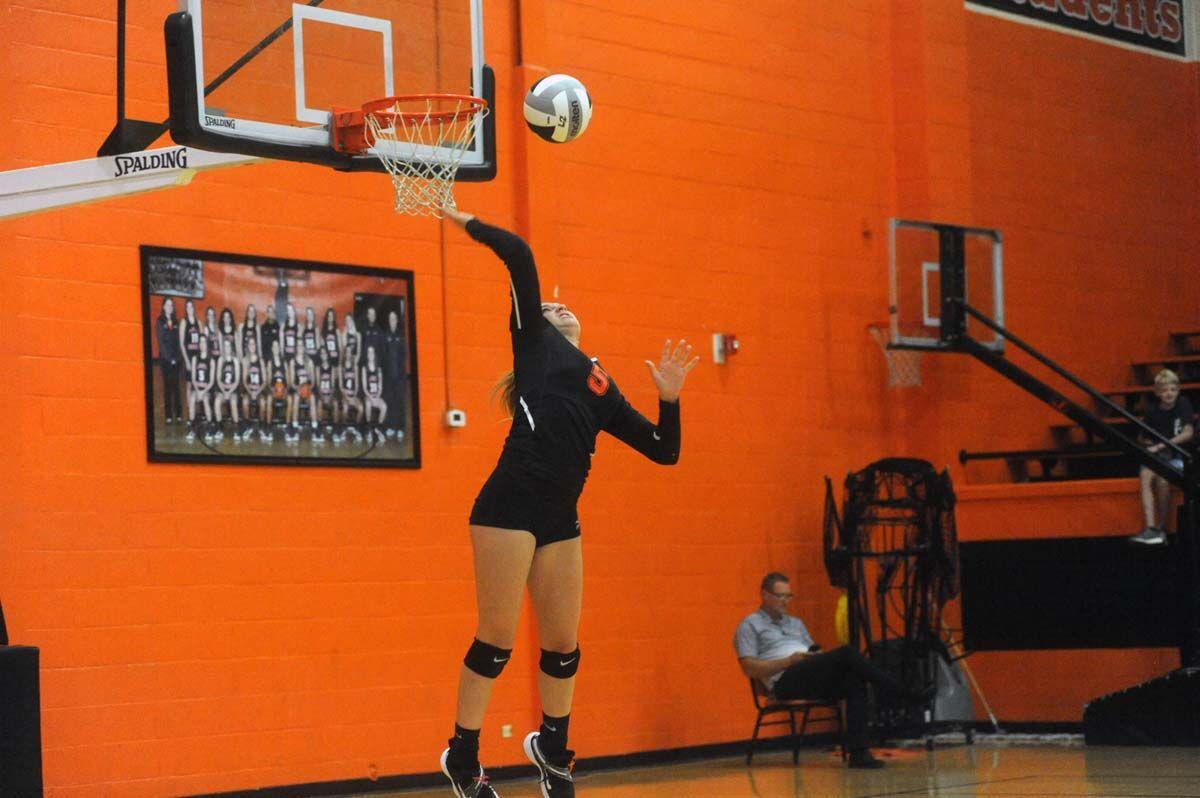 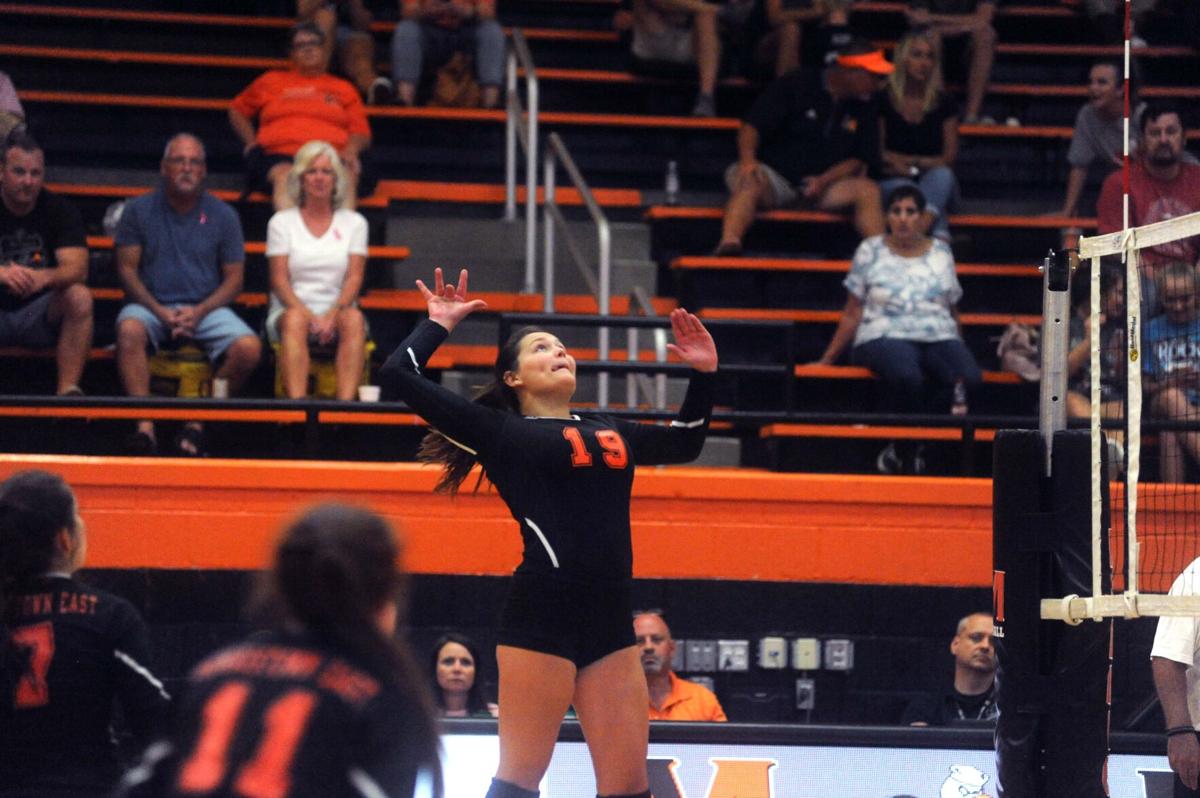 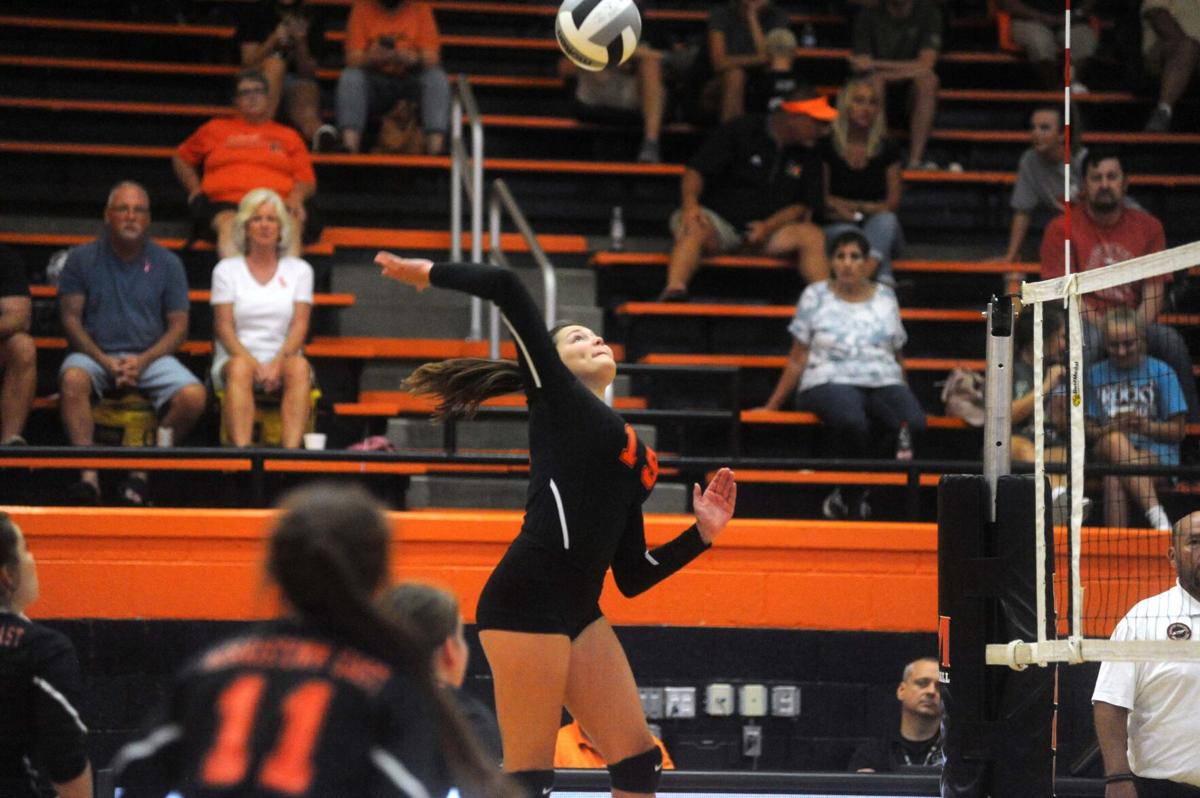 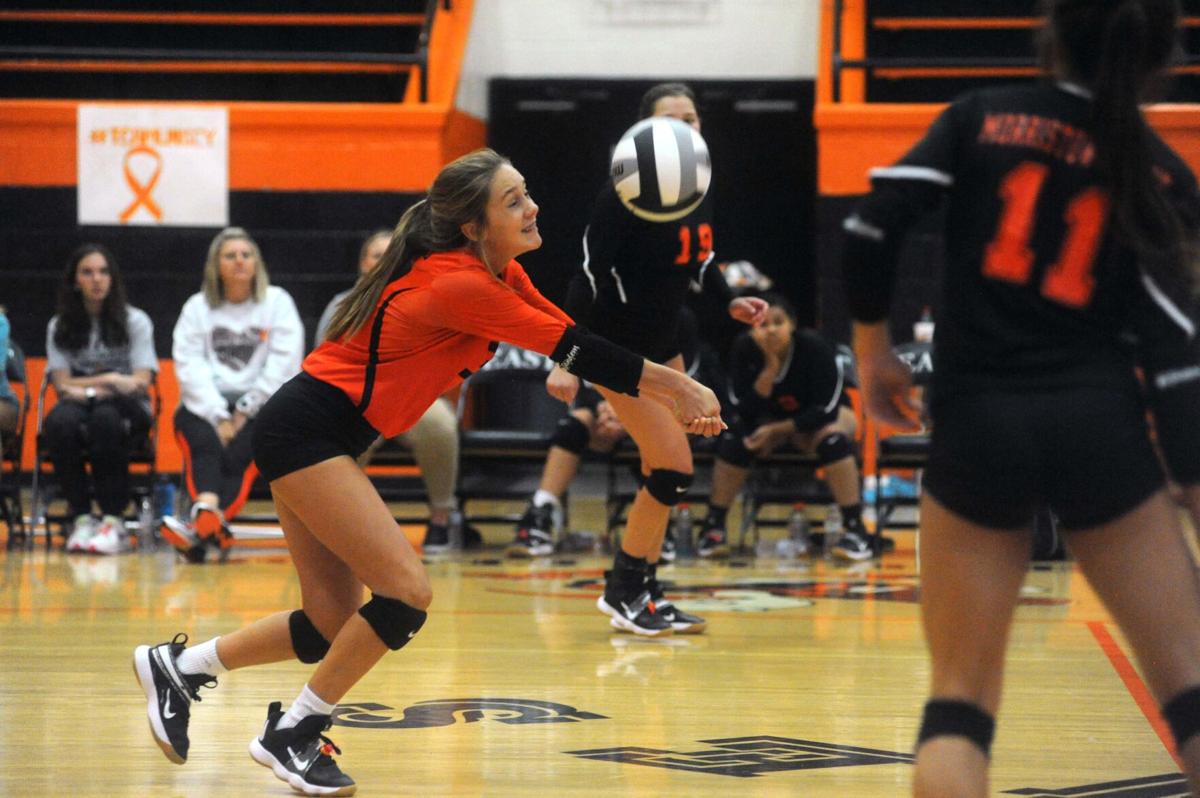 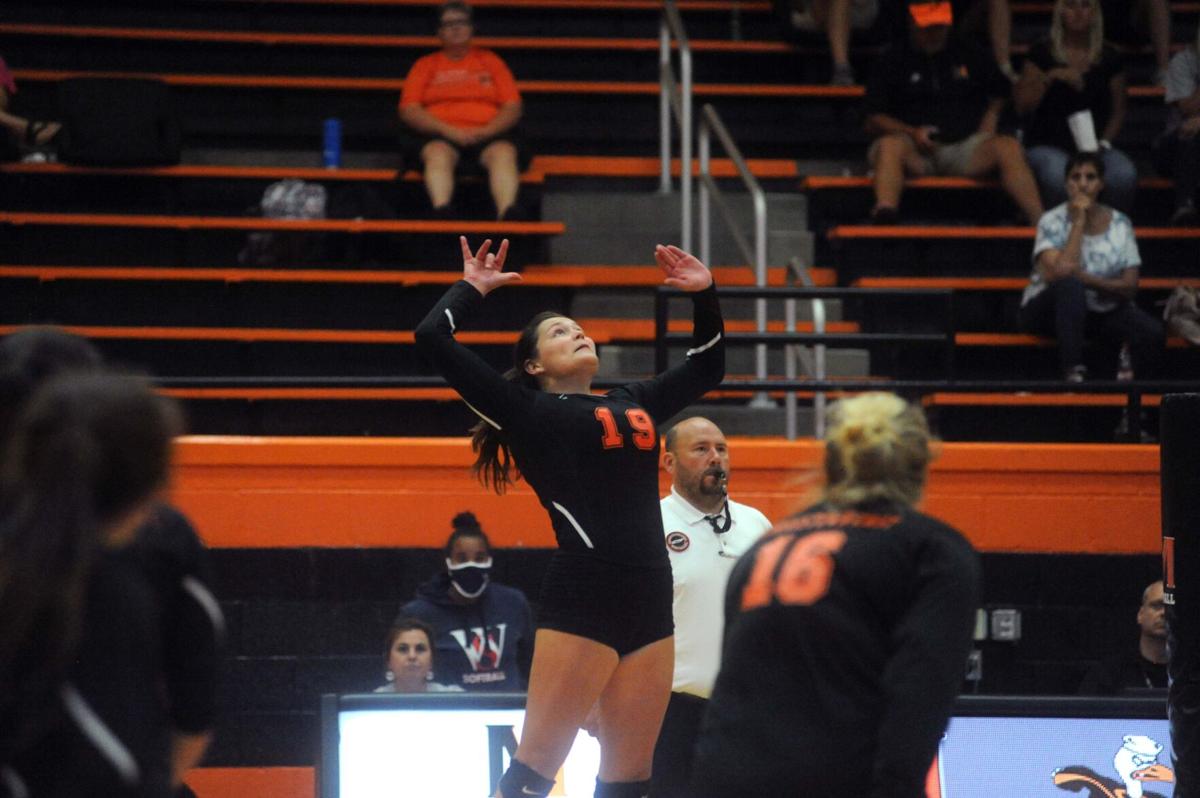 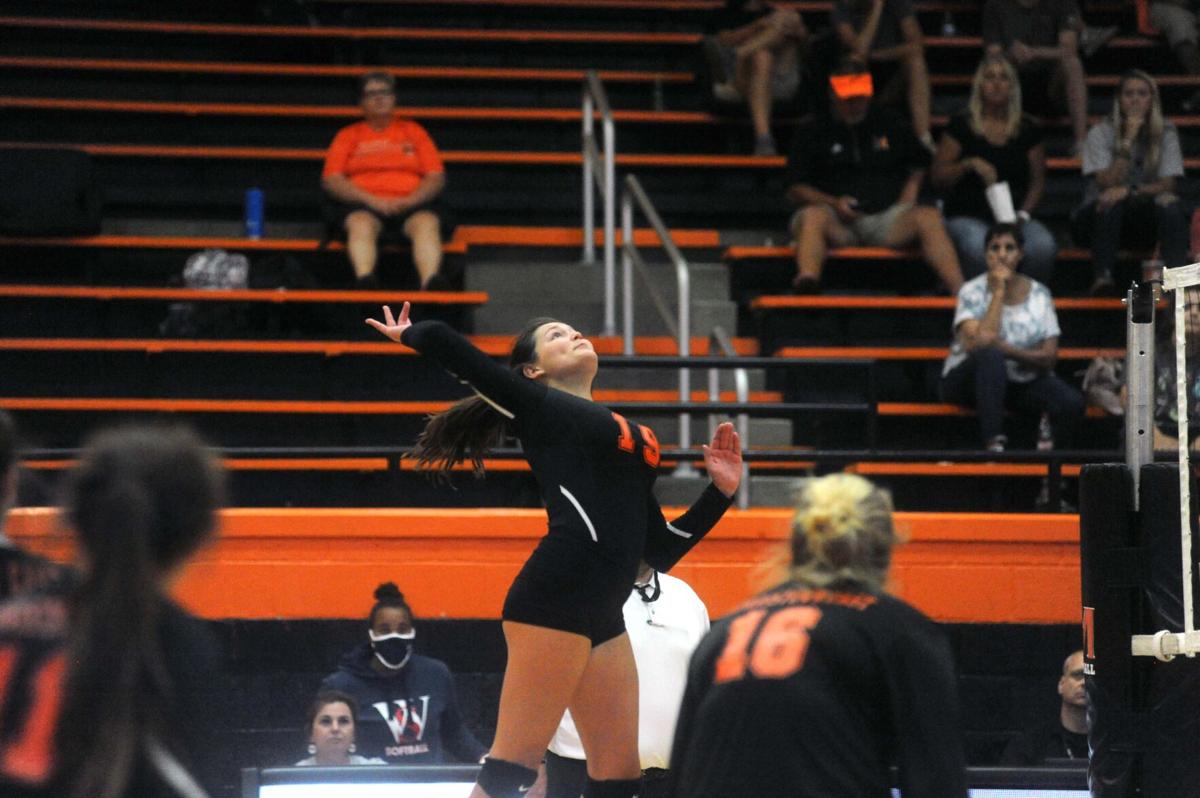 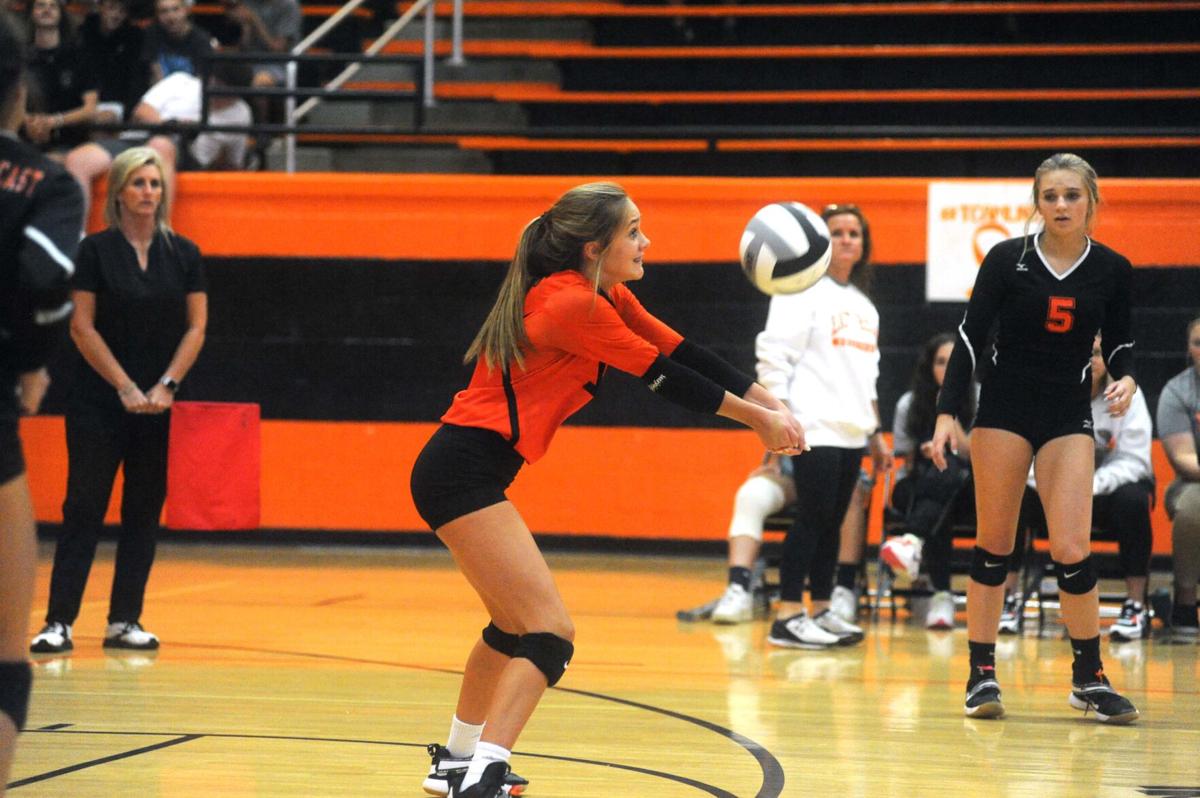 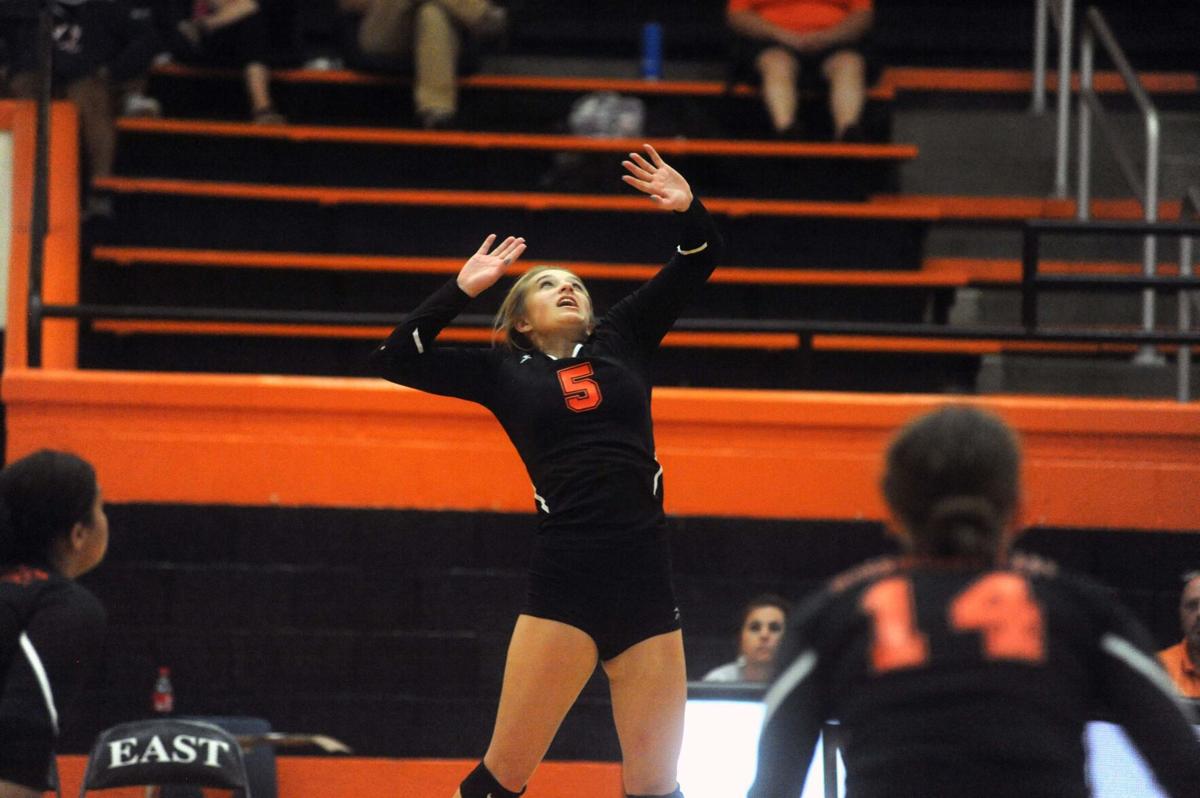 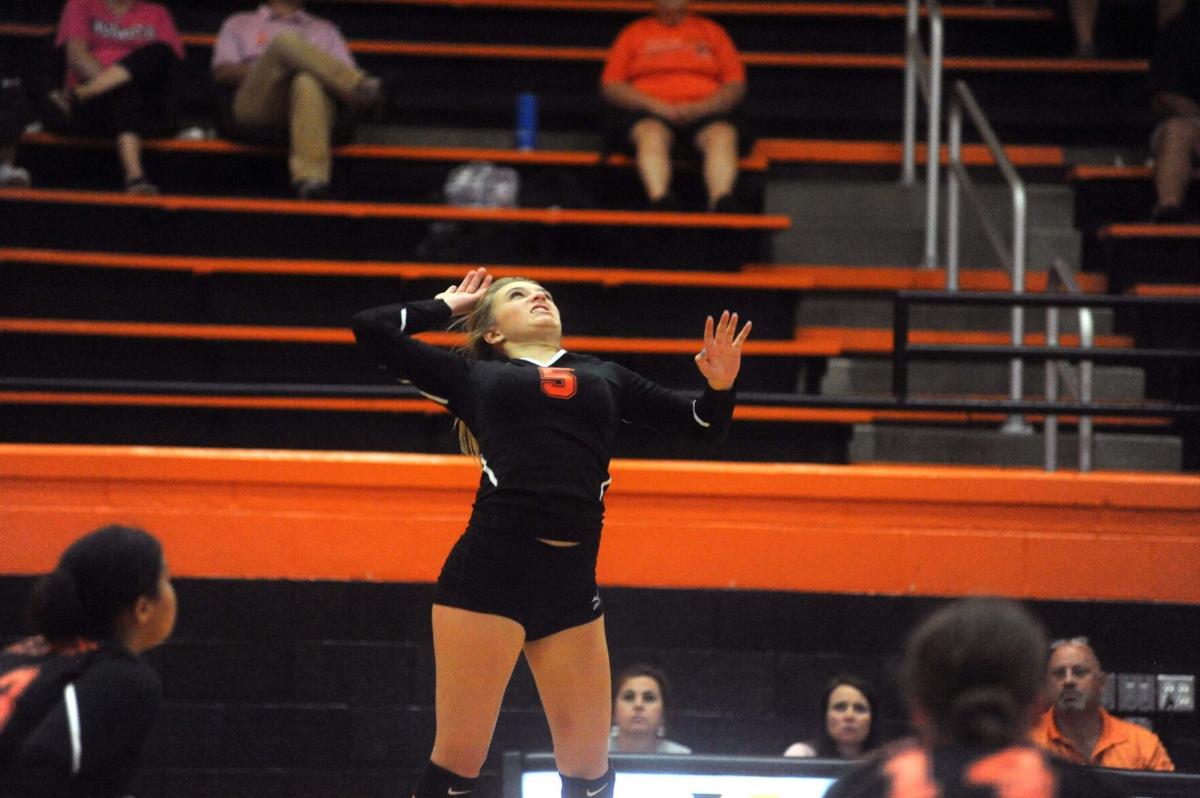 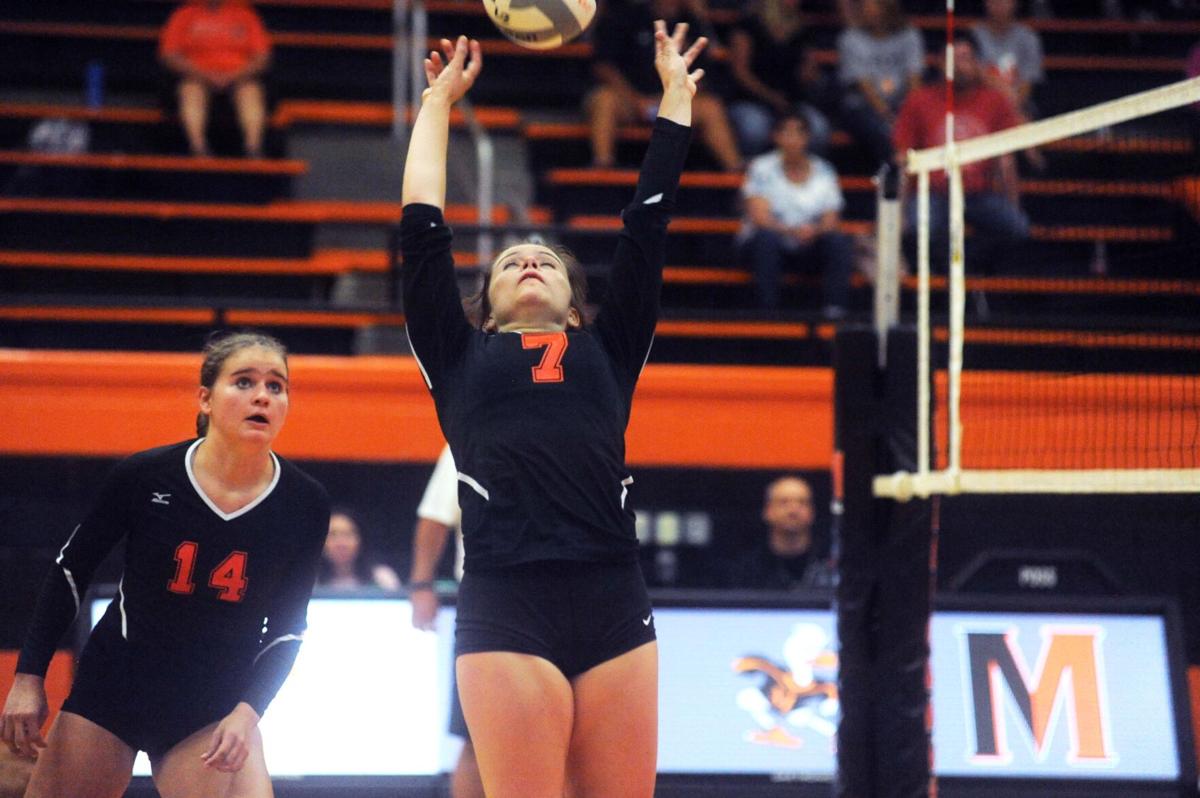 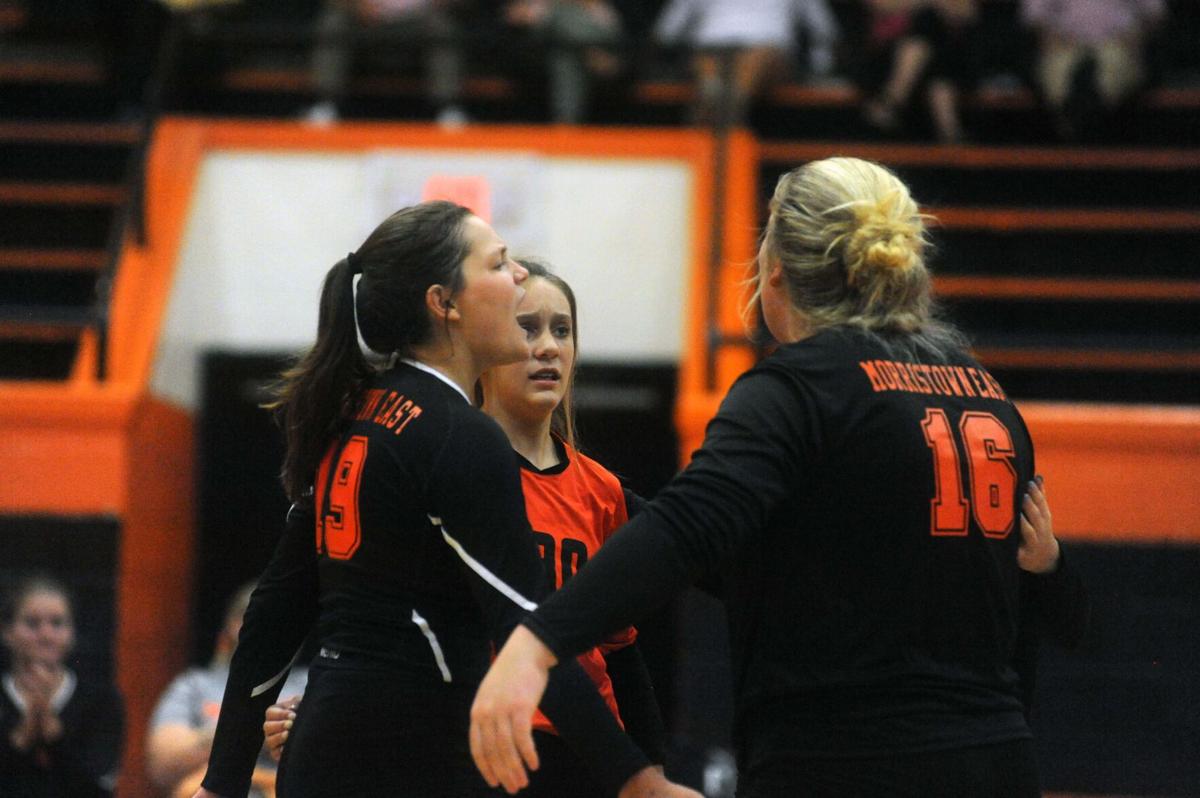 Morristown East rebounded from a tough loss to Knox Bearden on Monday by rolling past Sevier County, 3-0, Tuesday night at Isenburg-Siler Gym.

The Lady Hurricanes played without two starters but it made little difference as they captured the opening set 25-14, took the second by 25-13 and then closed out the victory with a 25-10 decision.

Coach Holly Drinnon’s club improved to 10-2 for the season and registered its fifth District Two AAA victory without a loss in the process. Sevier County fell to 3-6 overall and 0-6 in district play.

Finley Surber suffered a knee injury last week in a victory over West and will undergo surgery later this week and Laken Burnside also missed the match. However, others stepped up to hit the ball well in the absence of those two.

“We started off in a completely different rotation and played well,” she said. “For the most part our serving was pretty good.

“Reagan (Forester) played well considering she’s used to being on the other side of the net and her serving was really good again,” Drinnon said. “Hannah Stokely also played a good middle for us. She’s adjusting to the fact that this game is a little faster than what she’s been used to on the jayvee team.

“I also felt Hailey Hall hit the ball well and Kiersten Bell had another big night for us.”

Ella Wampler finished with three aces, Forester had two and Drinnon and Bell one apiece.

Defensively, Forester led in digs with seven while Drinnon, Hall and Lilabeth Jordan all had five. Wampler and Drinnon had one blocked shot each.

After a 1-1 tie in the first set, East ran off a 4-1 spurt to grab the lead for good. The Lady Hurricanes led by only 5-4 when a 6-1 run gave them a more comfortable margin.

Bell had a kill and another shot that scored and the Bearettes had three hitting violations in the spurt.

After the visitors battled back within 12-8, Forester had a kill and Hall added two and then after Sevier County scored, Forester put down another kill and served a pair of aces as the lead went to 18-9.

East closed the set with a 4-1 run on a kill by Bell and three hitting errors by the Bearettes.

The second game was much the same. The Lady ‘Canes broke out of a 3-3 deadlock with a 5-1 run and after the Bearettes scored used an 8-1 spurt to stretch the lead to double digits at 16-6. Bell, Forester, Stokely and Wampler all smashed kills in the run.

A kill by Bell, an ace from Wampler and another Kill from Stokely made it 22-10 but the visitors had their longest scoring run of the night to get within 22-14. But East scored the next three with the final point coming on a block by Drinnon.

In the third set, it was tied at 2-2 when a kill by the Bearettes sailed out of bounds. Wampler then served 10 straight points with a couple of aces included. Bell and Hall had kills to lead the spree that made it 13-2.

After the margin reached 17-5 on Forester’s kill, the visitors got back within 17-8. But that was it as East scored four straight and then three more to make it 24-10 and the teams traded hitting errors to end it.