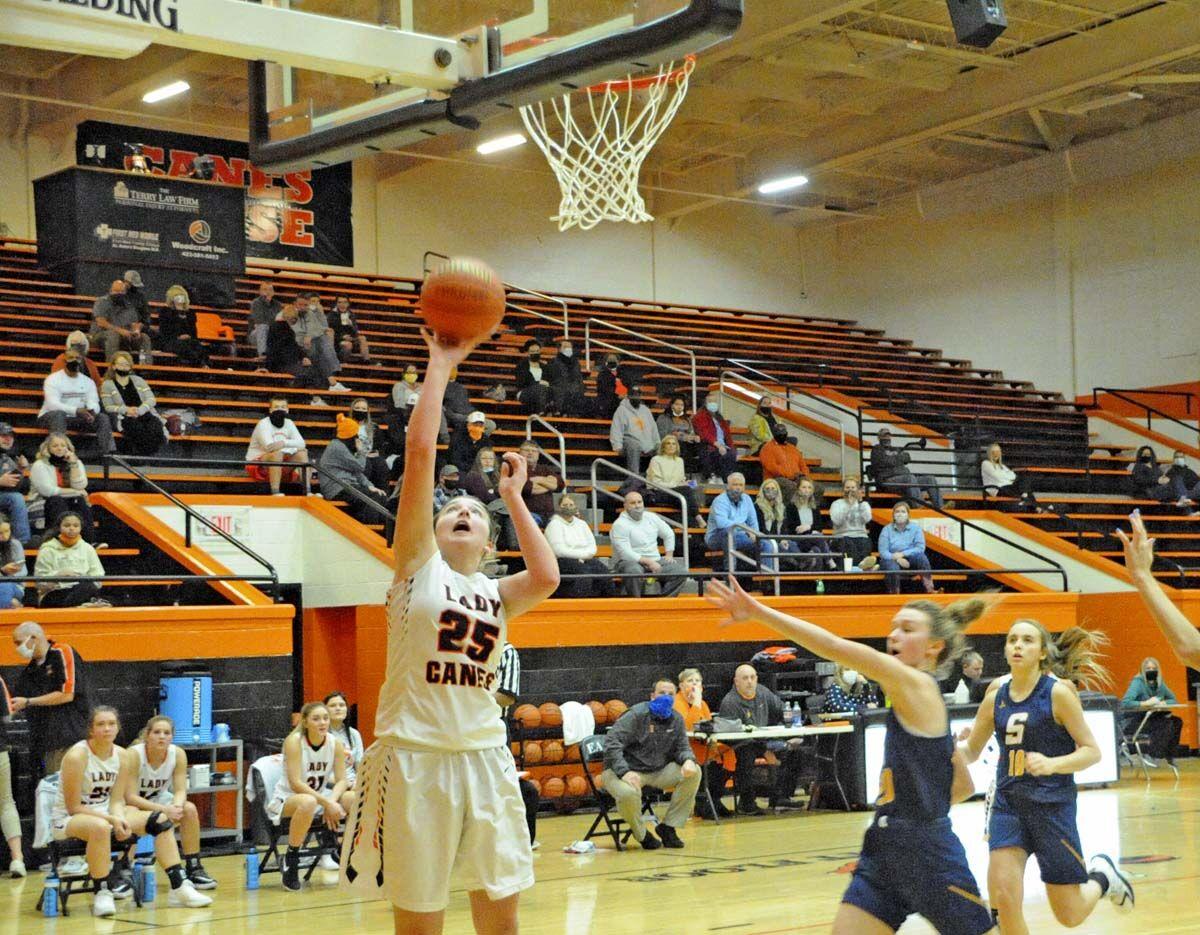 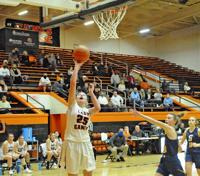 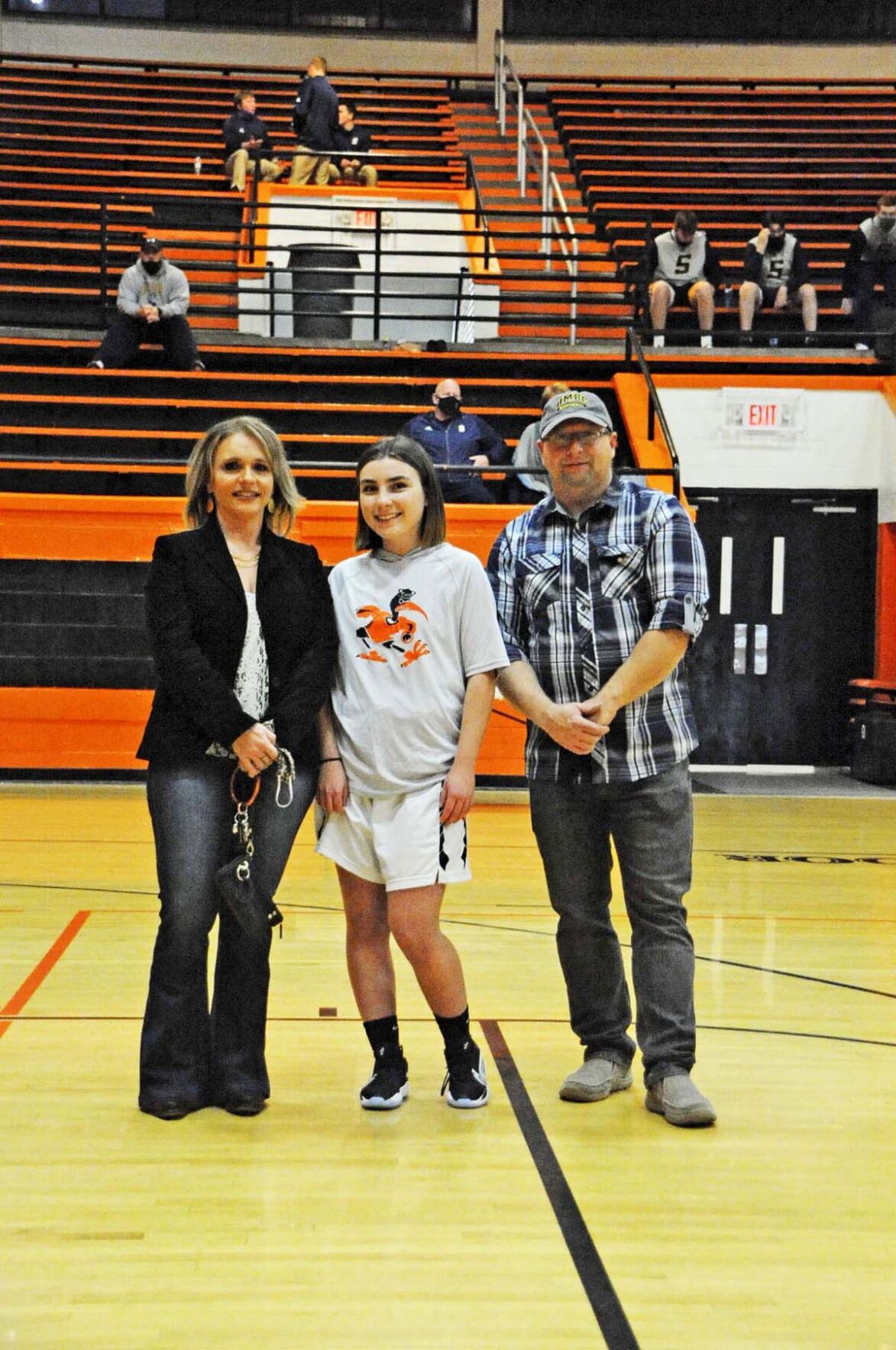 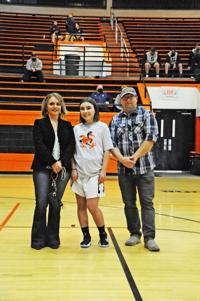 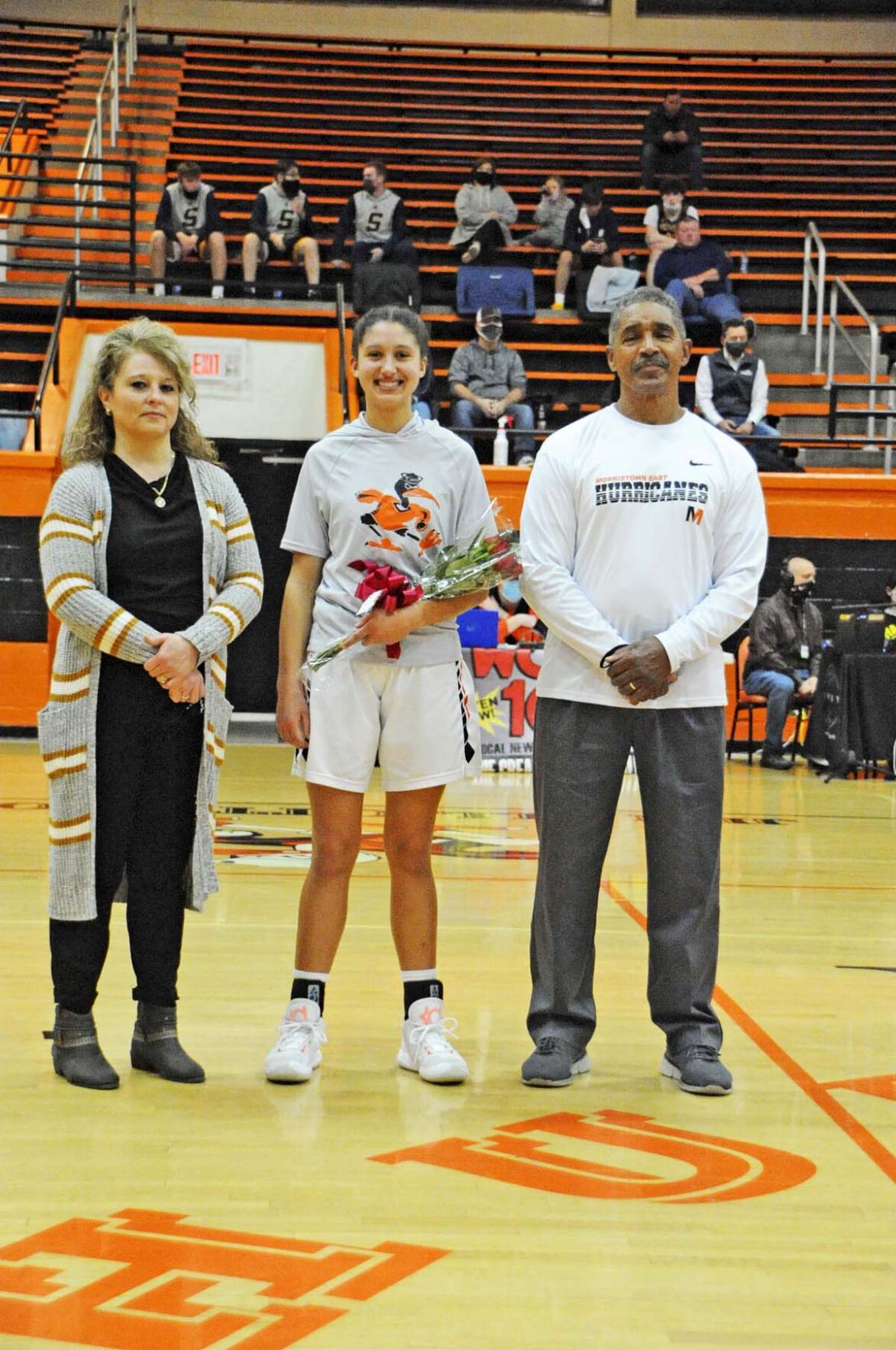 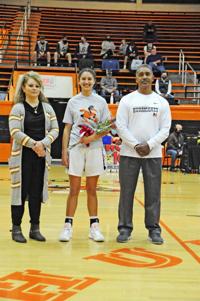 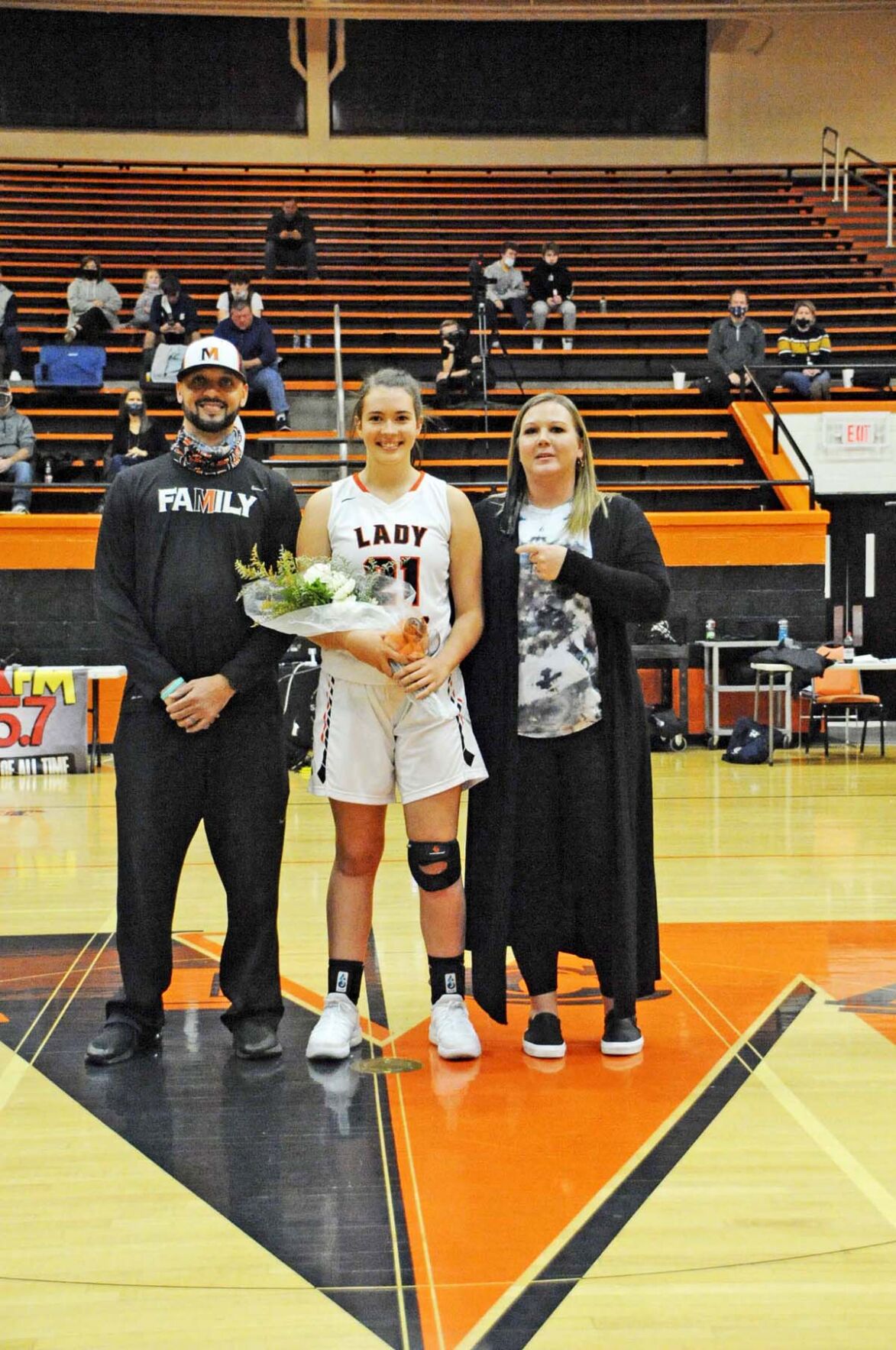 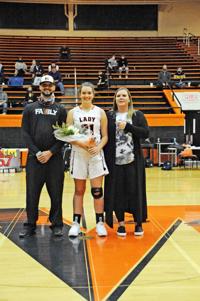 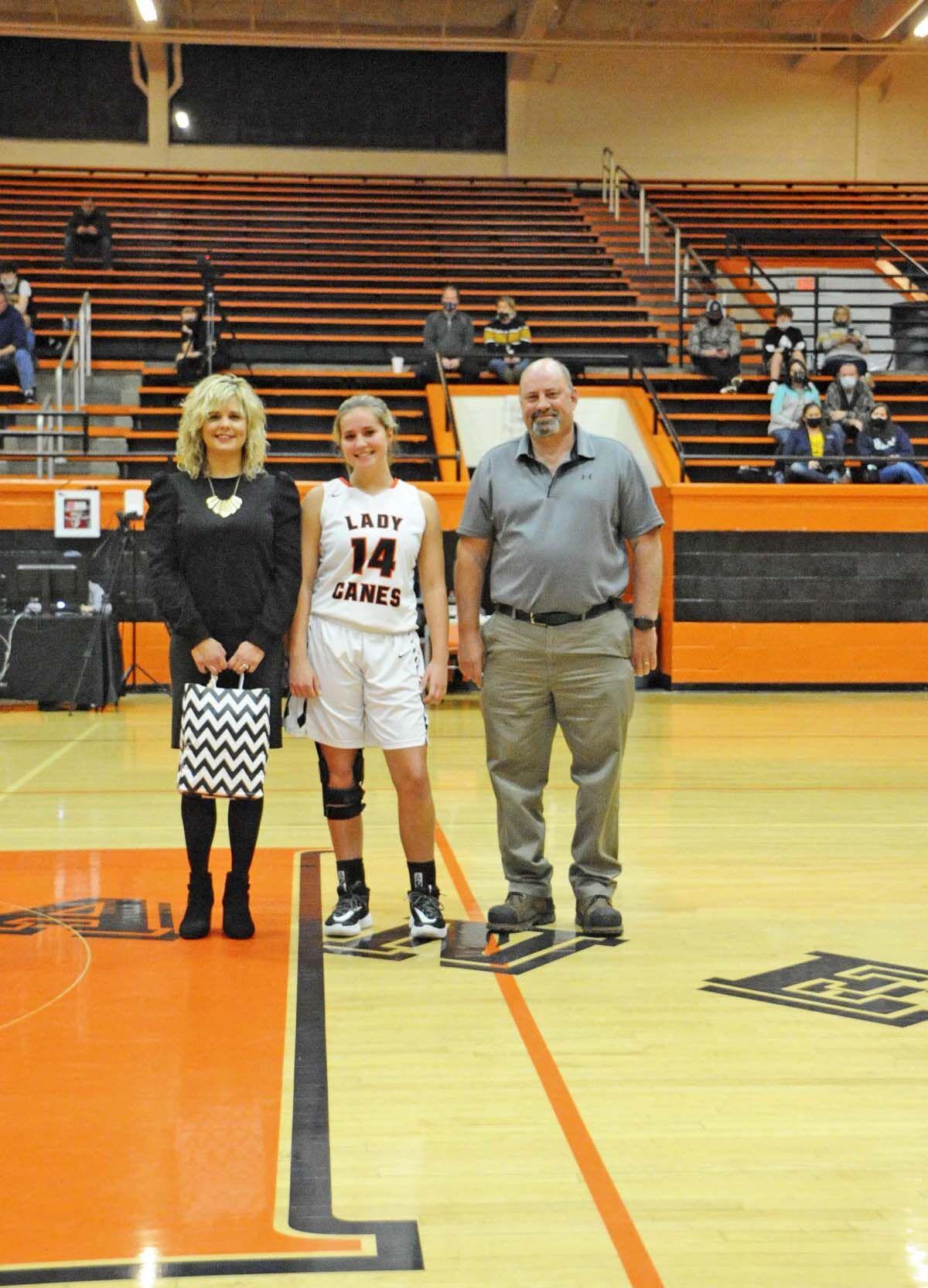 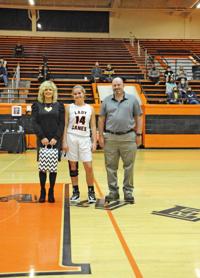 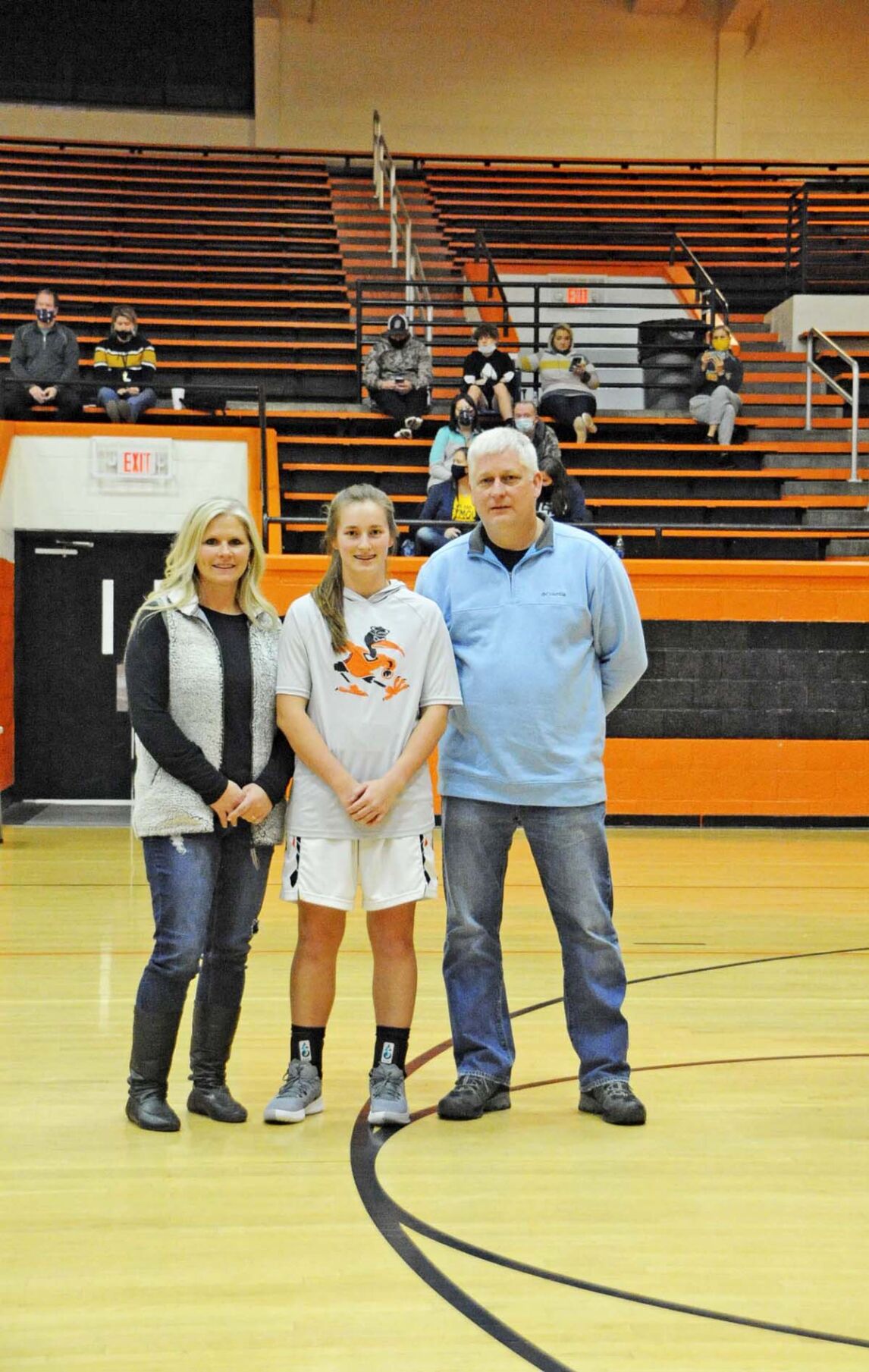 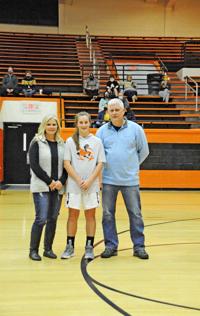 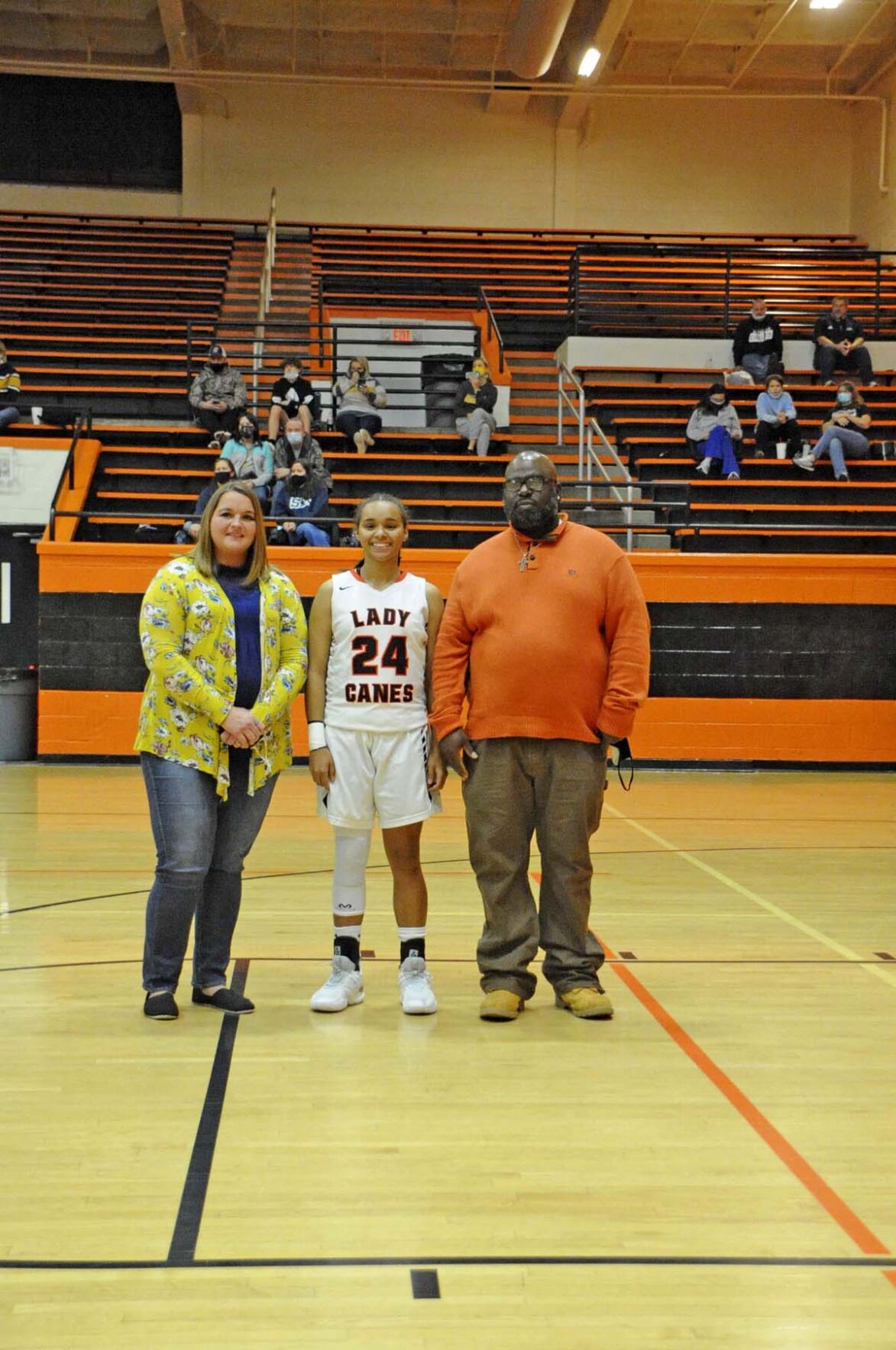 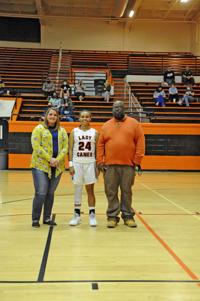 Hot-shooting Seymour’s girls used an amazing second-quarter burst to pull away from East and spoiled the Lady Hurricanes’ Senior Night with a 78-41 romp Tuesday night at Isenberg-Siler Gymnasium.

However, the Lady Eagles poured in 32 points in the second stanza and were never threatened after that in racking up their 10th win against five losses. Seymour is now 2-1 in Inter Mountain Conference play.

East slipped to 6-5 overall and 2-4 in conference play.

The biggest reason for the way the game turned out was the outside shooting of the visitors who outscored the Lady Hurricanes 33-3 from long range.

Seymour gunned in 11 of 24 from behind the arc while East managed just 1 of 9 and that was the biggest difference in the game. The winners did all their long range shooting in the first three quarters as they didn’t attempt a trey in the final period.

The Lady Eagles wound up shooting 54.7 percent on 29 of 53 for the night. East finished at 36.4 percent by making just 16 of 44. The Lady ‘Canes struggled with turnovers most of the night.

Maci Pitner tossed in 17 points to lead a balanced attack for the winners. Emily Russell contributed 15 while Kaylyn Jarvis and Kaylen Shultz had eight each and Bailey McCoy seven.

East got 11 points from Kyle and 10 from Burnside while Finley Surber scored eight.

After watching his team struggle offensively, East coach Michael Potts wasn’t happy with the performance. “We had another 20 turnover game all coming by veteran players. Everyone I play has tons of varsity experience but at times our decisions with the ball make it appear that we are first-year varsity players.

“Give Seymour credit, they came out here and did what we thought they would do and did it wall,” he said. “We scouted them and worked on their tendencies and sets in practice. But we can’t transfer practice effort and responsibilities into the game.

“I always feel good about our pregame walk through but we just can’t or won’t execute it,” said the coach. “It’s very disappointing as well as extremely hard to understand. I’ll do all I can to figure it out.”

Potts added, “We’ve played nine games now and we still continue all the bad habits. It seems like our care meter is pretty low. We lack competitive spirit at times. We refuse to sustain and intensify for more than 2-2½ minutes at a time.

“But I’m not ready to throw up a white flag yet,” he said. “We’ll keep working and keep trying to get better.”

The lead changed hands five times and was tied twice in the first quarter before a bucket by Turner gave the Lady Eagles an 11-9 lead at the first stop. Pitner and Emily and Caiden Russell hit three’s in the quarter for Seymour.

But the Lady Eagles were just getting warmed up behind the arc and knocked down five more triples in the second stanza. They opened the second with a 12-2 run to open their lead out to a dozen.

East got it down to 28-18 on a three-pointer by Kyle with 4:01 left in the quarter. But the visitors scored seven straight and went on to lead 45-23 at the half.

The Lady ‘Canes started the third period with an11-3 spurt to close within 48-34. Burnside had five in the run. It was still a 14-point game when Katelyn Waggoner drained a three and Pitner scored for a 56-37 lead after three quarters.

When the margin grew to 62-39 with 6:04 left, Potts cleared his bench and the subs were outscored 16-3 down the stretch.