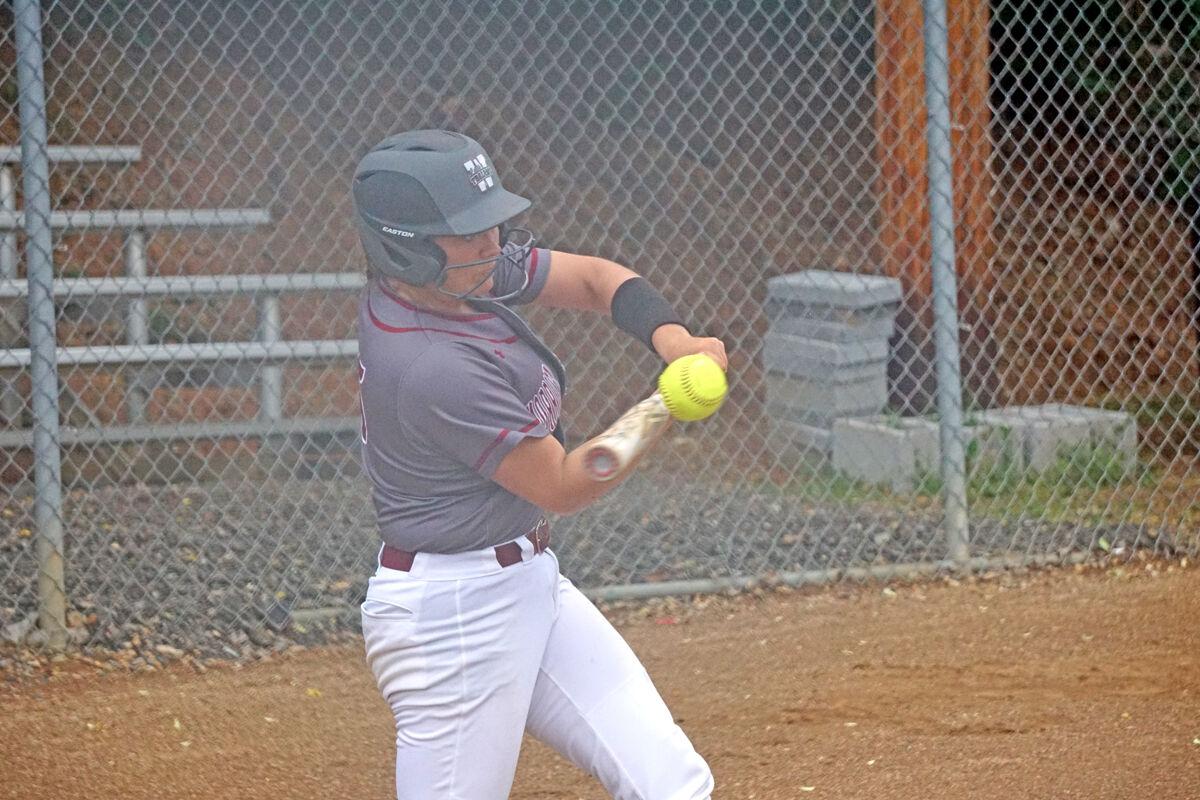 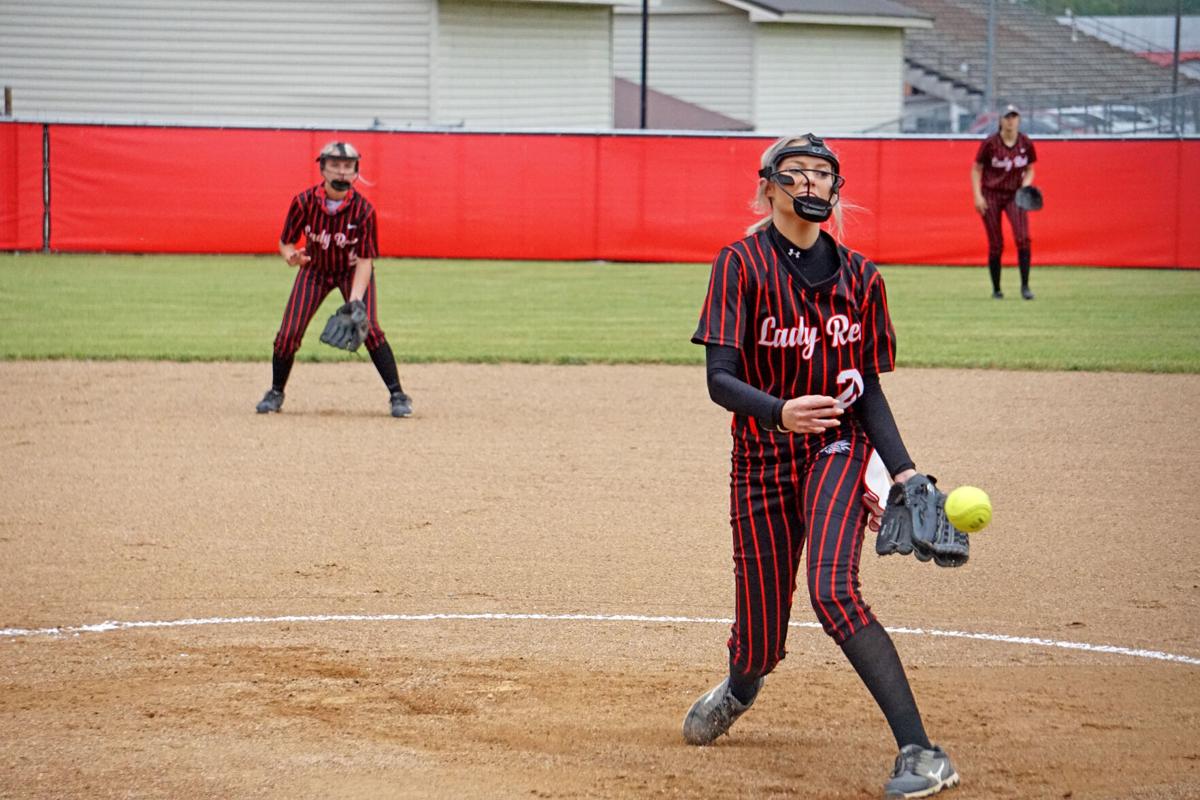 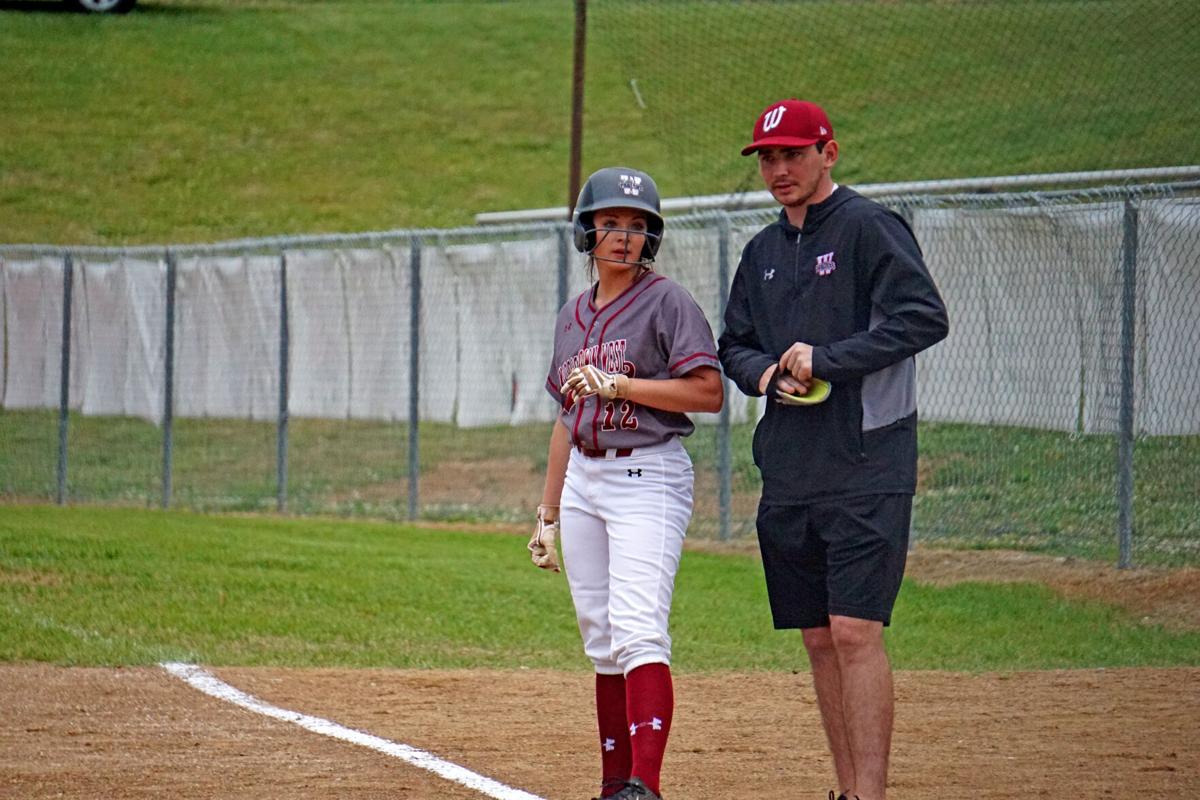 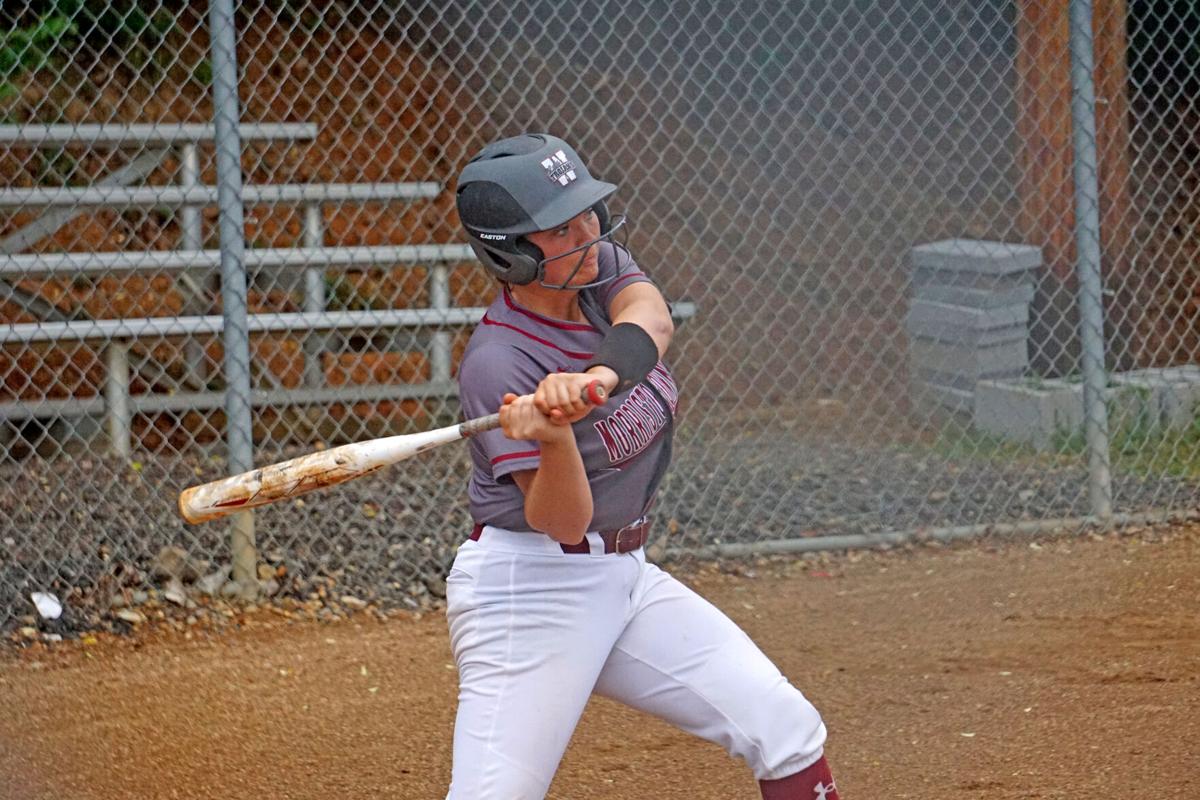 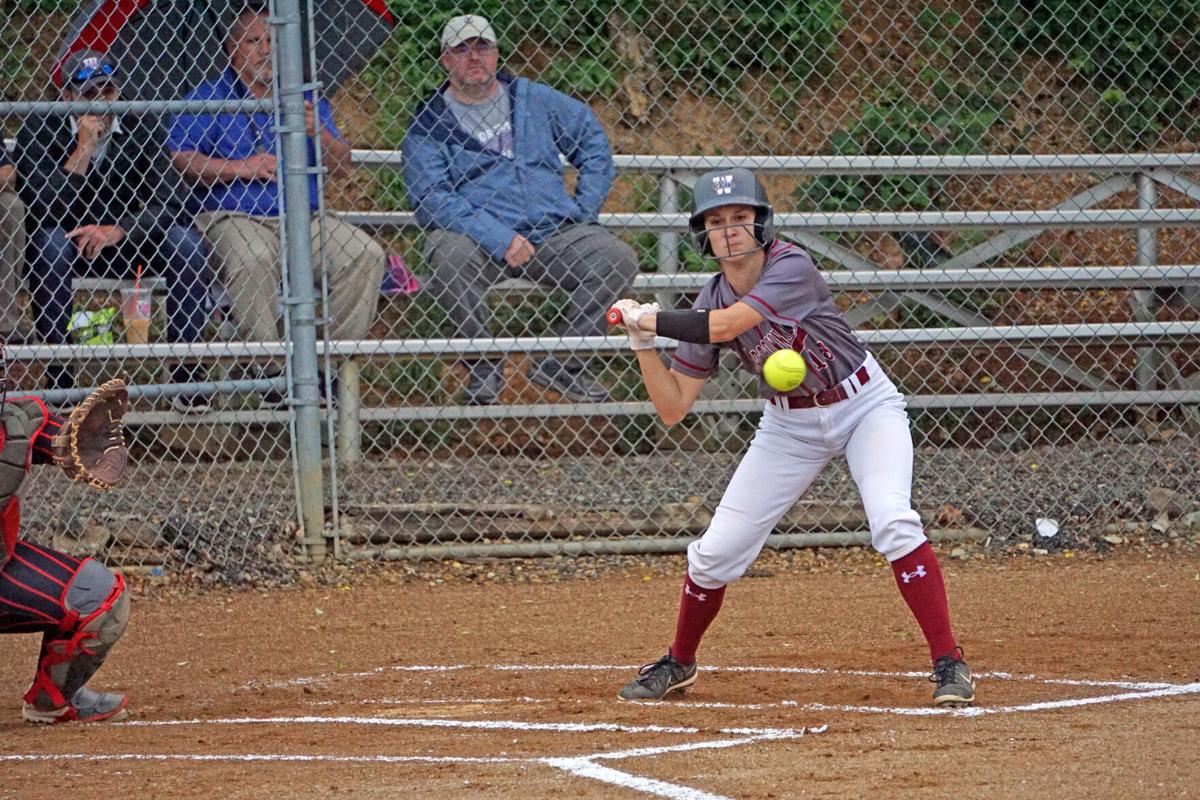 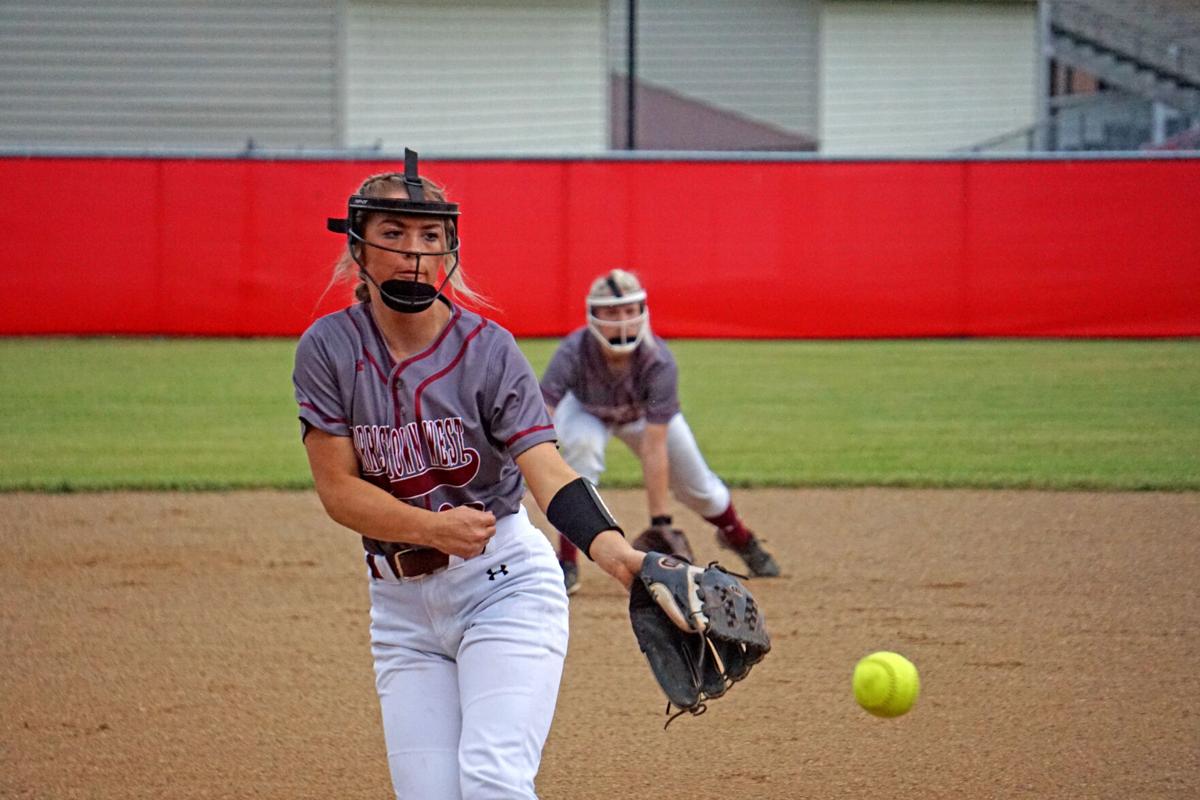 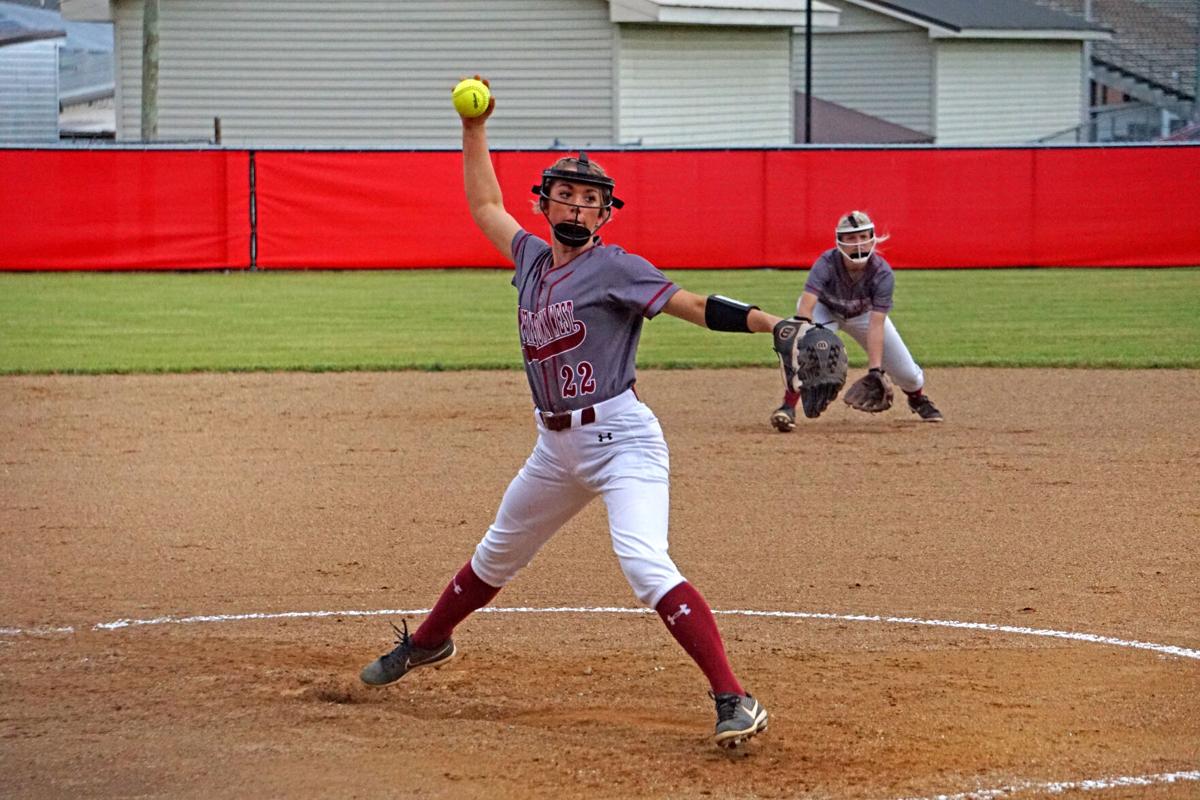 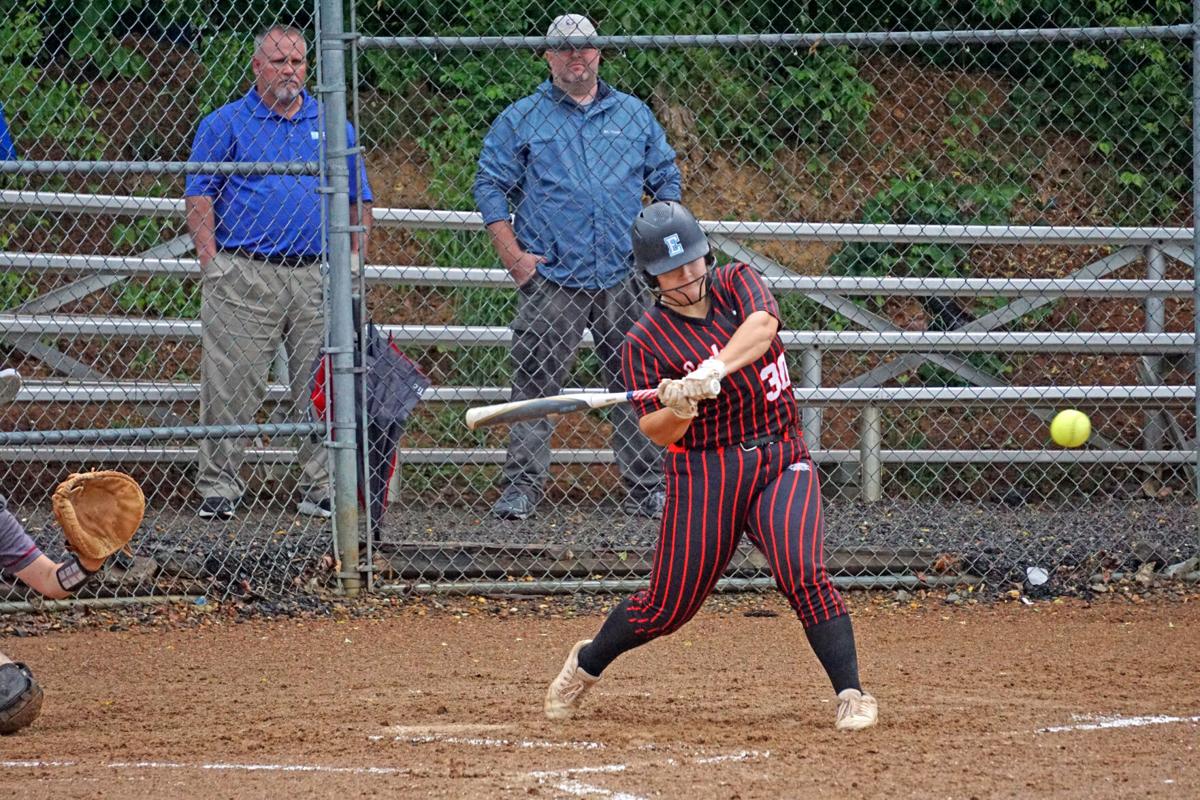 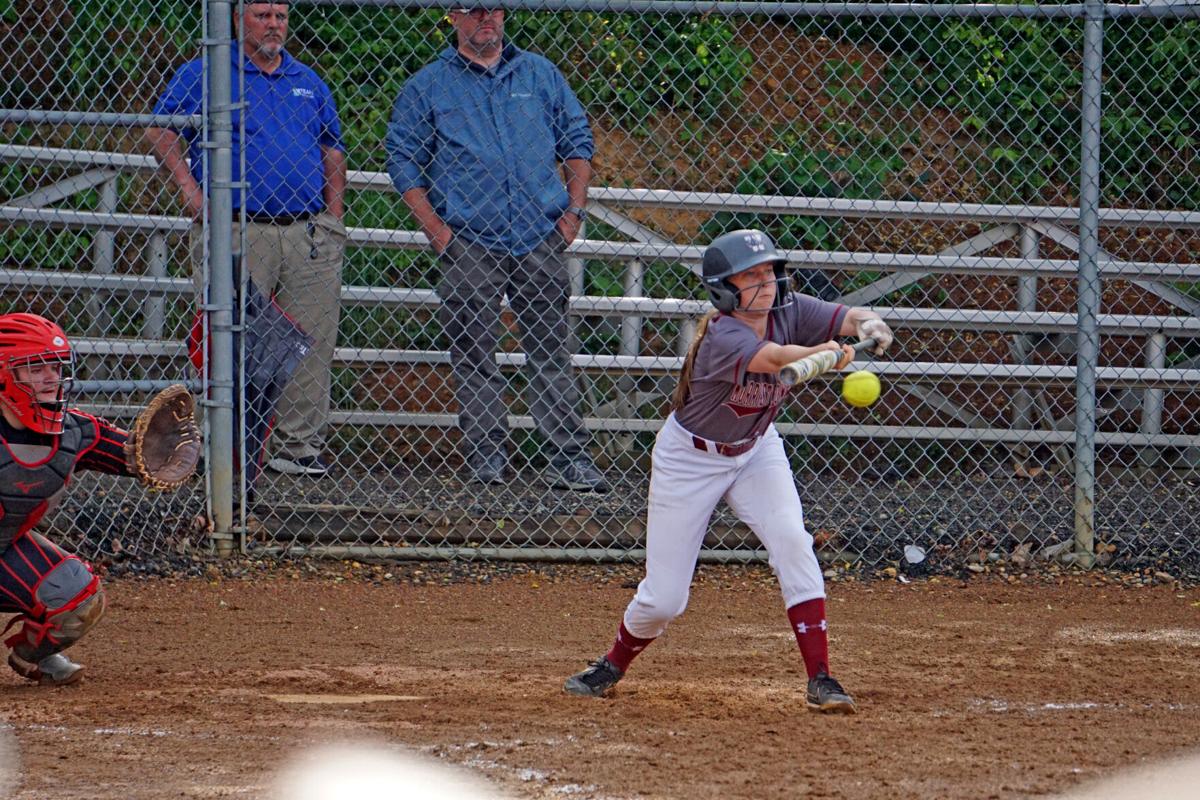 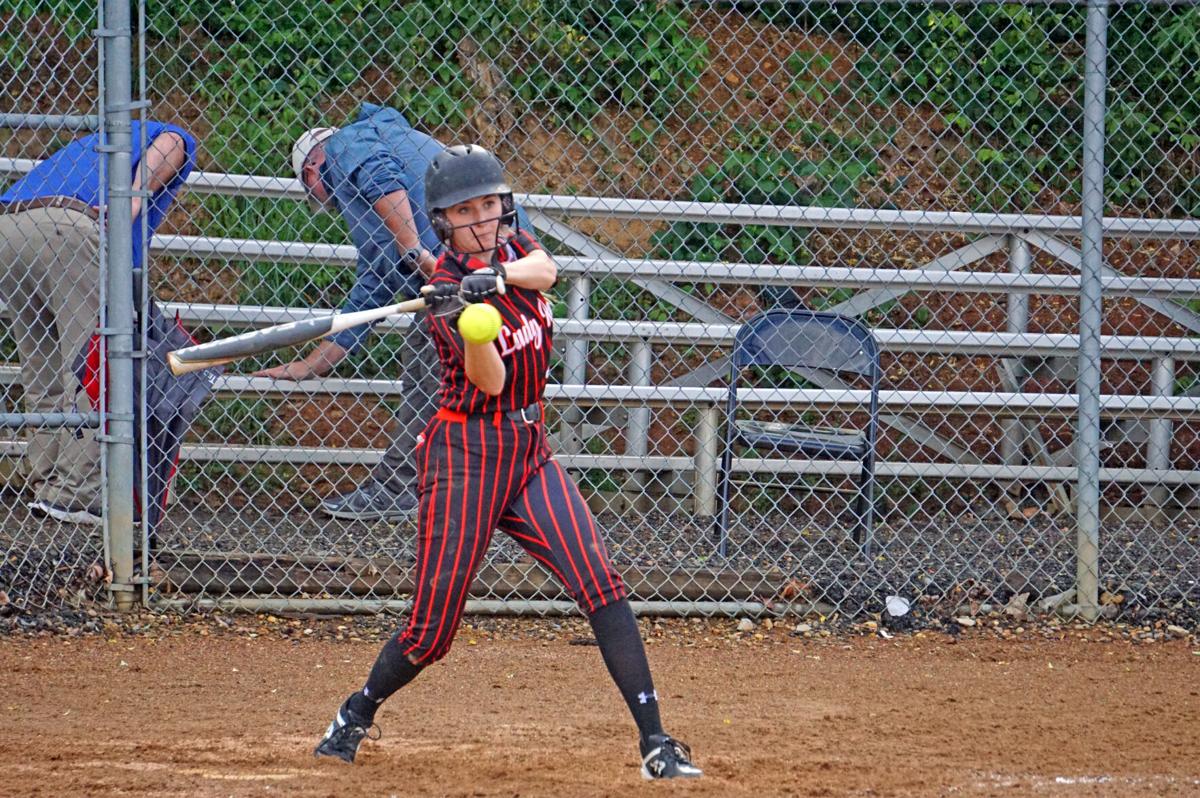 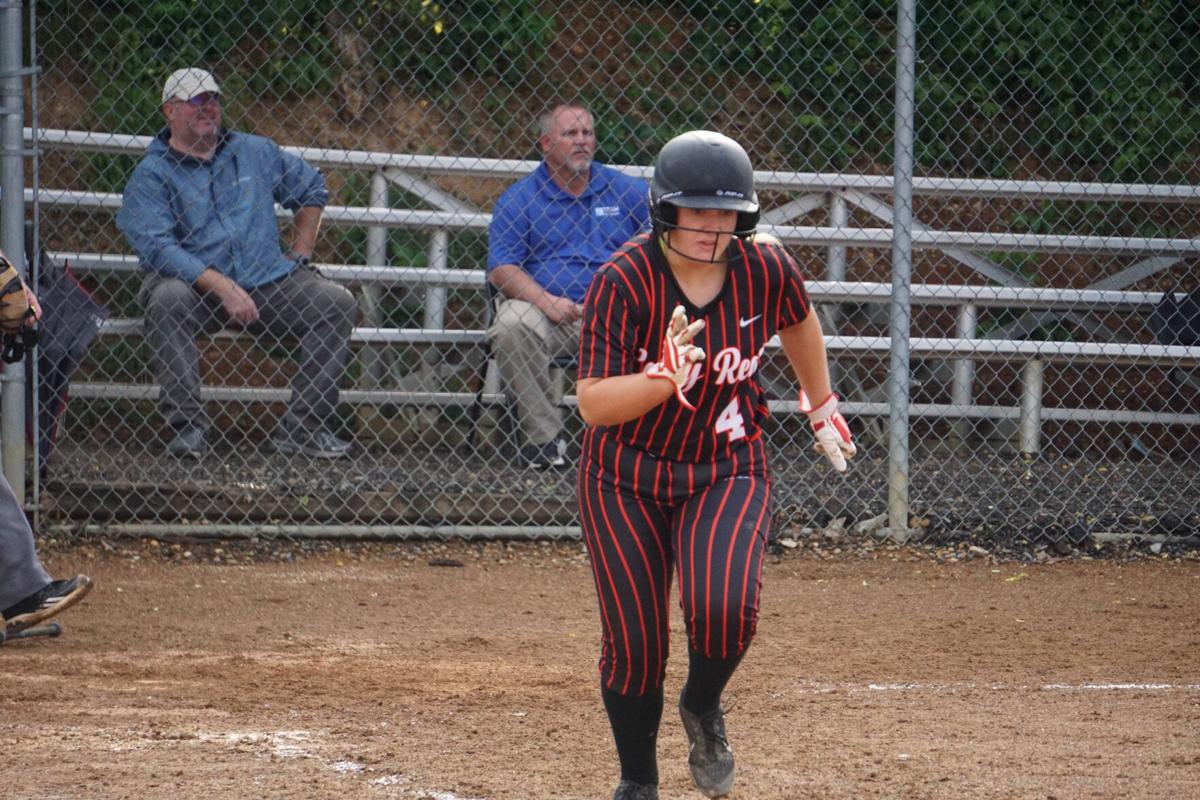 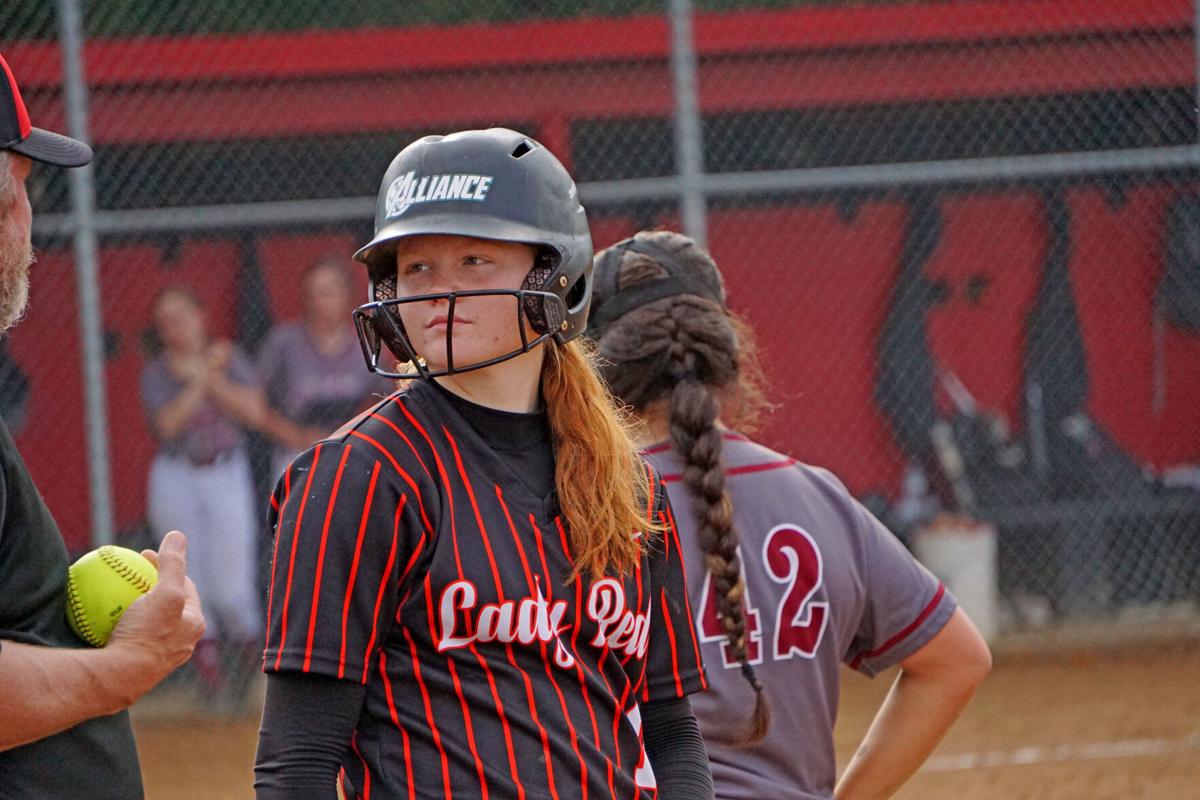 NEWPORT—Jaelyn McDaniel smacked a three-run homer in the top of the fourth inning to put Morristown West ahead and the Lady Trojans went on to an important 8-2 softball victory over host Cocke County Monday afternoon.

In a game West had to have to keep its hopes of a second seed in the upcoming district tournament, Coach Heather Kelley’s club fell behind in the rainy conditions as the Lady Red scored twice in the third inning to take a 2-1 lead.

However, Kali Turner walked, took second on a wild pitch and moved to third on a hit by Abby French. Turner tied the score at 2-2 when she scored on a ground out by Kaylee Dyke.

After Madison Devotie had an infield hit, McDaniel blasted a pitch over the left field fence, breaking her bat in two in the process, to put West ahead and the Lady Trojans never looked back.

As if on cue, the sun popped out and the rain was gone for good as the Lady Trojans racked up their 13th win against 14 losses. More importantly, it was the eighth Inter Mountain Conference win against three setbacks for West.

They play host to Seymour on Tuesday at J. C. Wild Park and a victory will give them a tie for second with cross-town rival East. But the Lady Trojans would get the second seed in a tiebreaker.

Every player in the lineup got at least one hit as West totaled 13 in the victory. Devotie, Alexis Brown, Maggie Seals and French all had two safeties.

That was way more than winning hurler Aviah Bunsic needed as she tossed a five-hitter in winning over Kourtney Clevenger. Bunsic walked one, hit one and struck out six.

Kelley said, “There’s no question this was a huge win for us. I was proud of the way the girls battled through the conditions we played in for over three innings. I thought we did a good job of keeping our composure despite the rain and all.

“I thought Aviah had another great night pitching,” added Kelley. “She did a good job and I thing she’s getting better every game.”

The coach continued, “I was proud of Jaelyn for stepping up with the big home run. That kind of took all the pressure off. After that, we relaxed and hit the ball well.

“Now we have to have that one tomorrow night and we’ll be where we wanted to be in the bracket.”

Cocke County’s Danny Hartsell said, “We gave them a run early and, you know, you can’t give runs away when you’re playing in the rain and don’t know how long you’ll get to play.

“But we came back, tied it up and took the lead,” the coach said. “After that, I thought we hit the ball pretty well but the ones we hit hard were right at somebody on defense and they made the plays.”

Hartsell closed, “We had a couple of other chances but couldn’t get a big hit. I thought we played hard and Kourtney pitched well but we just hit it right to them.”

Ashley Allen had two hits to lead the Lady Red with Sydney Cameron, Paige Niethammer and Kirsten Moore all adding one.

It started raining early in the first inning. West got a walk by Dyke and a bunt single from Devotie to open the game but couldn’t cash in. Cocke County stranded a runner at second in the bottom of the inning before the Lady Trojans got on the board in the second.

Bunsic walked to lead off the inning and moved to second as Mikaela Olodey grounded out. She then went to third on a wild pitch and scored then the throw went into the outfield.

After going down in order in the second, Cocke County got its only runs in the bottom of the third. Jailah Ensley was hit by a pitch and moved to second on a wild pitch. Moore then put down a sacrifice bunt to move the runner to third and Ensley scored on another wild pitch.

After a strike out, Cameron singled up the middle and Allen doubled to put runners on second and third. A run scored on an error to put the Lady Red in front 2-1, but the other runner rounded third and wound up being put out in a rundown.

That was the last real chance the home team had. Bunsic set down the next six before giving up a walk and a hit in the sixth and the final hit in the seventh.

Meanwhile, the Lady Trojans stretched their lead. Olodey singled and scored on a hit by Dyke to make it 6-2 in the fifth and Kali Turner delivered a two-run single in the sixth.