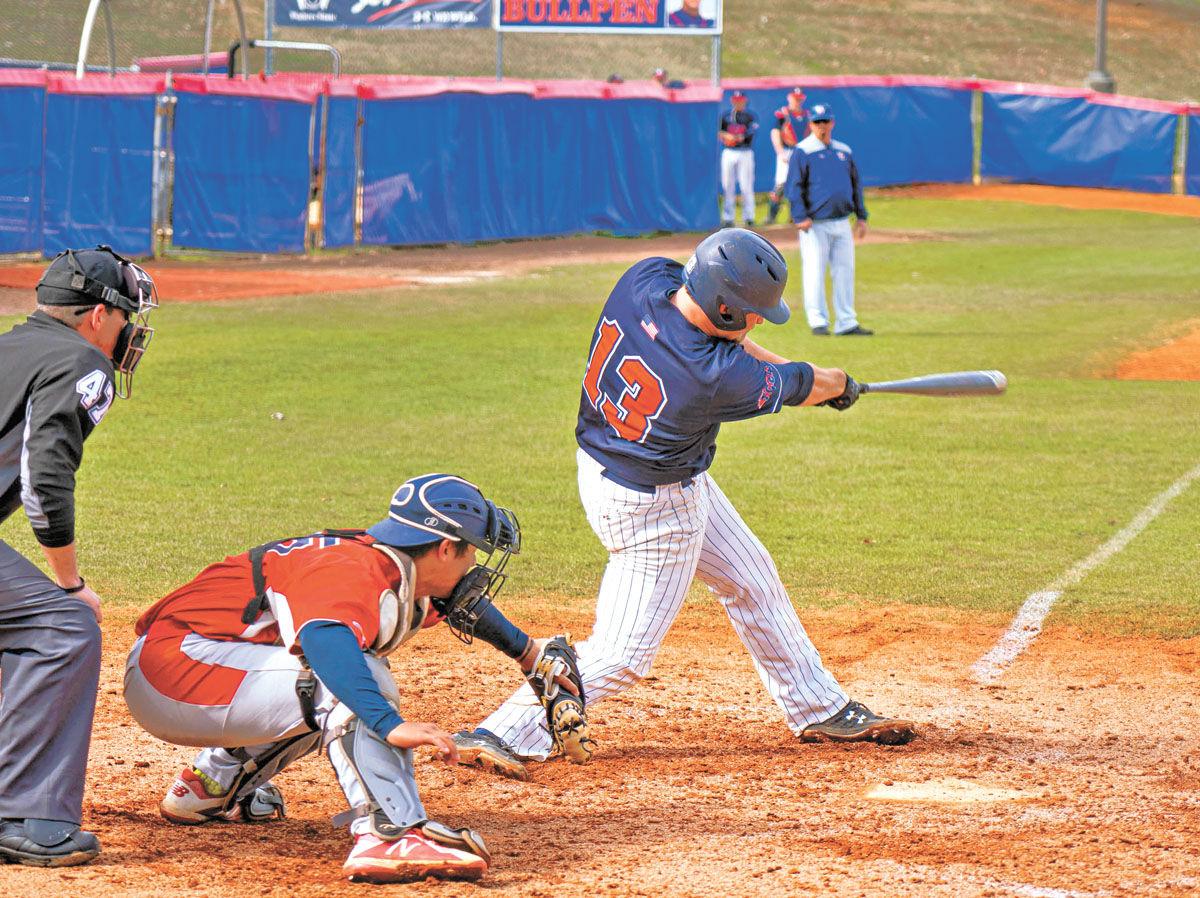 Walter’s State Bryce Hodge (13) puts contact on the ball. Hodge was second in the NJCAA in RBIs when spring sports were cancelled. 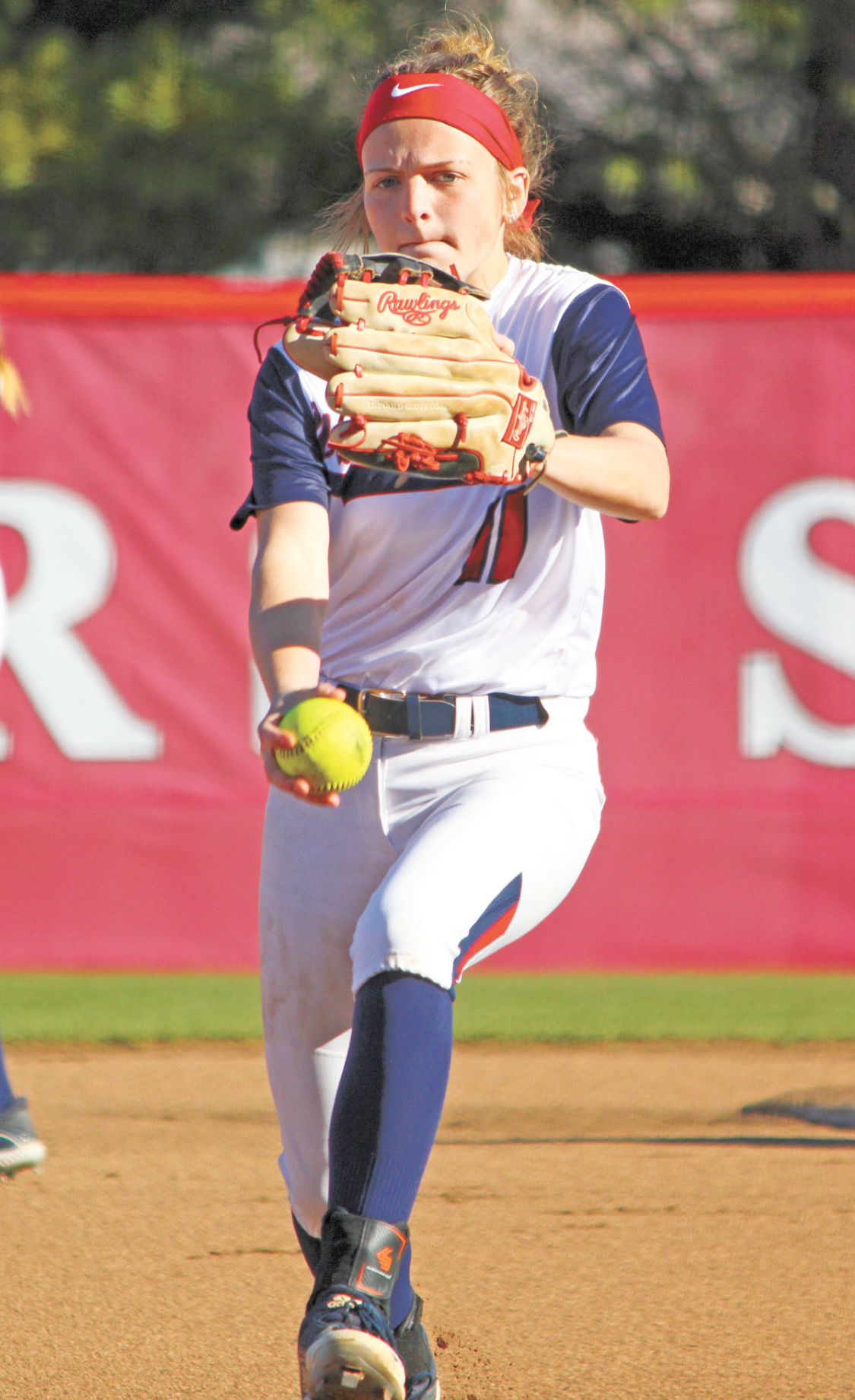 Walter’s State Bryce Hodge (13) puts contact on the ball. Hodge was second in the NJCAA in RBIs when spring sports were cancelled.

Walters State softball coach Larry Sauceman and baseball coach Dave Shelton were preparing their teams to take on Southwest Tennessee on March 12 when they heard the news that the National Junior College Athletic Association had suspended all play for spring sports due to COVID-19.

Both coaches knew the severity of the situation at the time but weren’t really thinking about the season being cancelled completely. Shelton told his players to be back for an intrasquad scrimmage the next weekend, anticipating that this would just be a two-week shutdown.

Now though with the seasons officially cancelled, both coaches must recover from the lost season, starting from scratch yet again when it is safe to resume their coaching duties.

“It’s almost surreal,” Shelton said. “It doesn’t seem like it is real still. It’s crushing too because as a coach you realize how hard your kids work. I felt like we had a really good team this year, and we were just starting to play and practice enough that we were getting to our potential.

“I think we had a team that could’ve competed for a National Championship this year. A lot of guys were having good years.”

At the time of the news breaking, the Walters State baseball team was just finding a groove. The Senators were ranked No. 16 in the country, on a seven-game winning streak and were 20-7 overall. Bryce Hodge was second in the nation in RBI’s with 42 while Caleb McNeely was fifth with 34.

The Senators were coming of a three-game sweep of Jackson State and had taken down Milligan University JV 19-0 on March 12, the day all sports were suspended.

The Walters State softball team had just swept a double-header with Catawba Valley to improve to 13-7 on the season when the season was suspended. They were preparing for a four-game series that weekend.

Now, both coaches must regroup during a time where regrouping is tough.

There will be a noted difference when the teams are able to resume activities. On March 14, the NJCAA announced that they would not charge student-athletes that participate in spring sports their year of eligibility for the shortened season. That means sophomores for Walters State on the baseball, softball and golf teams will be able to return for another season next year.

For Sauceman, this will be huge as he knows that at least five of his seven sophomores from this year’s team will be back in 2021. Those five will return along with 10 incoming freshman and the freshmen on this year’s squad.

“What that does for us with five coming back, is give us a bunch of people out there early,” Sauceman said. “They’re probably going to expand the roster, so we’re going to deal with what we’ve got. A lot of things can still change from now to August.”

Shelton has a different challenge, however, as most of his sophomores are signed to go play at Division I programs.

Parker Stinnett and Andrew Lindsey will be teaming up at UNC Charlotte, Hodge will go down the road to ETSU, Braydon Runion is joining Big-12 power Texas Tech, Max Riemer will be catching at UNC and Jerry Hammons will be at Southeastern.

It will be different for those leaving though as most signed to play for their respective four-year schools to replace a departing senior. Now, with the extra year of eligibility, those seniors might still be there.

“These guys were being recruited to replace a senior that was supposed to be gone,” Shelton said. “Now those guys are back, so it creates a logjam with my players going there. It could create some tough situations in regard to getting playing time.

“As for us, I have some sophomores that will come back, and that will help us out. I am excited that we did have so many Division I signees because if they hadn’t been signed, I would’ve had to try and get them placed right now when recruiting is kind of stopped.”

Along with those sophomores, redshirt freshman Ben Joyce will also have a choice to make. Joyce is currently signed with Tennessee but many around the program expected him, before the cancellation of the season, to be drafted in the 2020 MLB Draft.

But now, with talks of the draft being shortened to five rounds and scouts not getting to see Joyce for a full season, Joyce’s future remains in question.

“Joyce is one that has been in some conversations of being in the top five rounds,” Shelton said. “The pro teams not being able to evaluate him over a season, I don’t know how that will affect his stock, but he’s definitely got to be in consideration in the top five rounds. There’s not that many guys in the country that can throw 100 mph like him.”

Recruiting also took a hit for all coaches at Walters State. Along with the announcement of cancelling spring sports, on and off-campus recruiting for all sports was halted until April 15. With players entering in the transfer portal more so than ever, this would normally be prime recruiting time for the Walters State basketball programs as well as the baseball and softball teams.

Instead, they are limited with the way they can contact recruits.

‘We are still able to contact recruits on email and the internet, so we’re actually able to still talk to and communicate with some them,” Sauceman said.

“We just have to go through it a different way.”