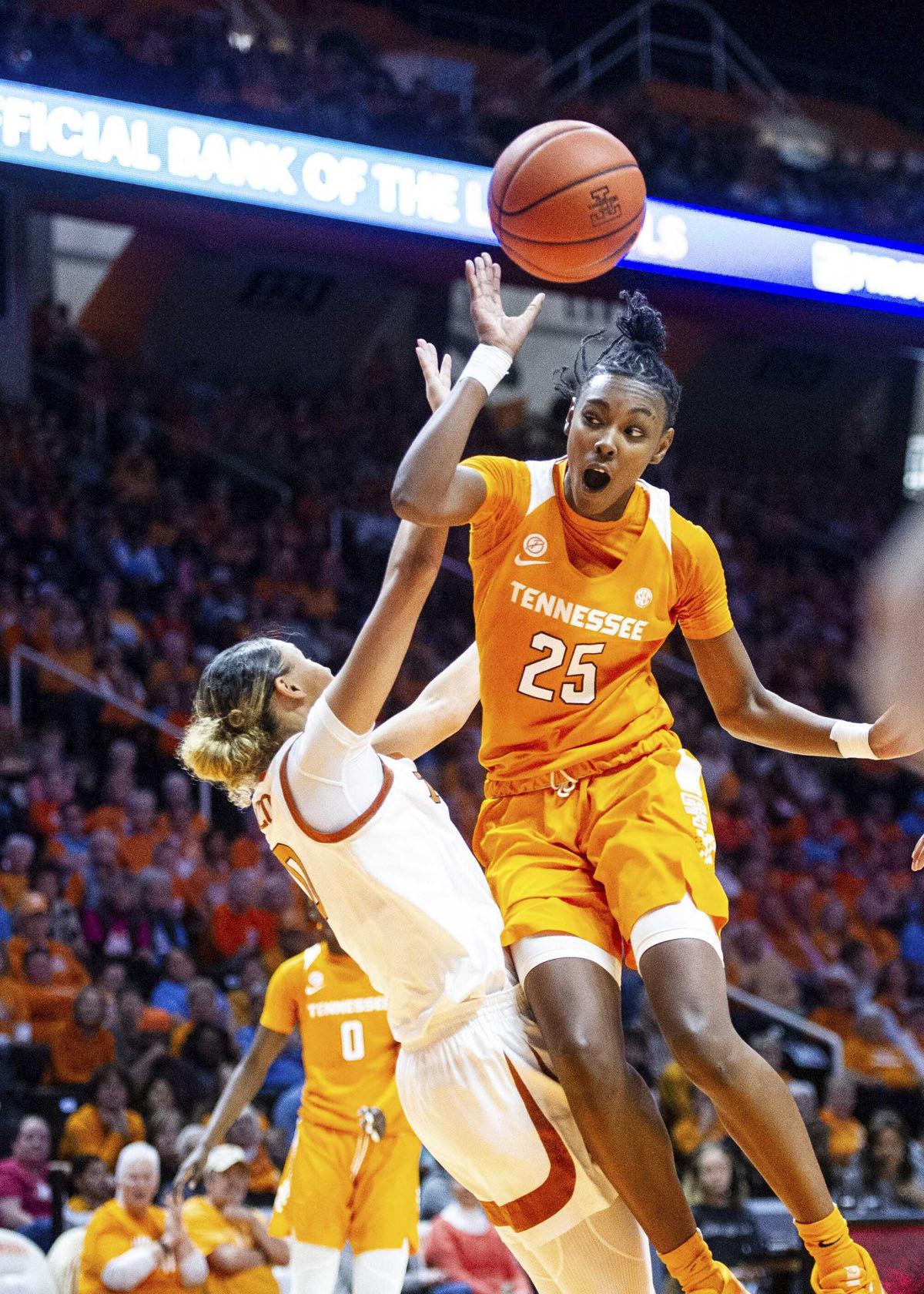 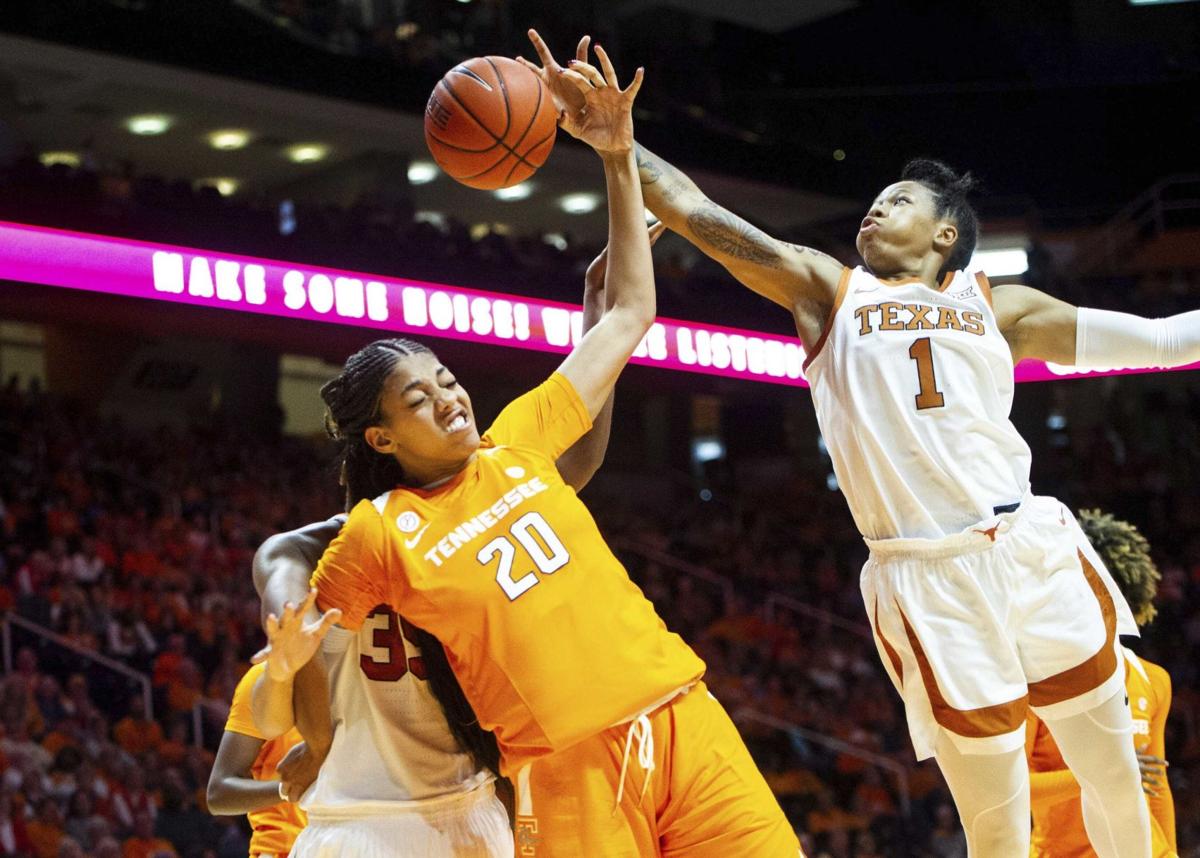 Trailing for almost the entirety of the game, the No. 17 Lady Vols opened up the fourth quarter on a 4-0 run, taking the lead 53-50 and forcing a Texas timeout. Thompson-Boling Arena, which had been relatively silent for much of the game, roared to life, anticipating a Lady Longhorns collapse.

And then the Lady Volunteers crumbled.

Texas went on an 8-0 run during the next five minutes to escape with the 66-60 victory, ending Tennessee’s chances of keeping their undefeated season.

“We were empty three straight possessions and had three straight turnovers (after the run),” Tennessee coach Kellie Harper said. “We did not execute. We have to communicate better when we’re out on the court. I think that defensively we were slow during that stretch too. When you take the lead, you have to get one more bucket, and we couldn’t get it.”

Tennessee (7-1) shot 22-of-72 from the field and 5-of-21 from the three-point line. Rennia Davis and Jazmine Massengill were the only players in double figures for the Lady Volunteers with 15 and 10 points. However, both shot a combined 8-of-25 from the field and had seven turnovers.

UT was not much better down in the post on the offensive side either. Kasi Kushkituah was 2-of-10 from the field with three turnovers while Kamera Harris was 3-of-8.

“I thought that we were rushing our offense,” Harper said. “We were impatient with it. We were quick-shooting the basketball. We just tried to get a shot up instead of trying to score and finish. That’s an area of growth for us.”

Tamari Key was the lone bright spot for Tennessee. Key was 4-of-6 from the field with nine points and seven rebounds. Key went up against Joyner Holmes for much of the game and held Holmes, who came into the game averaging 17 points, to four.

“I think the bright spot was our post play defensively,” Harper said. “Tamari Key did a really really good job. She was alert and physical and competitive. That’s a good sign.”

After turning the ball over twice to start the game, Tennessee went for the jugular early. Massengill and Lou Brown hit back-to-back three-pointers early, giving UT a 6-2 lead. But the Lady Vols then went cold, going three minutes without a field goal as Texas built a seven-point lead.

While the Lady Volunteers offense found their stride, Texas (5-4) led by three after one quarter and six at the half. In the second quarter, the Lady Longhorns went on an 8-0 run, holding an 11-point lead.

Boasting one of the NCAA’s best defenses statistically coming into Sunday’s game, the Lady Volunteers gave up 42 points in the first half, the most they have surrendered in a half all season.

While the defense drastically improved in the second half, allowing eight points in the third quarter and 24 in total, the Lady Longhorns perimeter players abused Tennessee’s guards. The three Texas guards combined for 41 points.

“The game was completely won on the perimeter,” Texas coach Karen Aston said. “Their scoring was huge. Their ability to stay locked in the game plan is what we need from them, and they were fresh-minded today. It was huge that our guards showed up and were who they need to be.”

The Lady Vols slowly climbed back into the game in the third quarter, cutting the lead to one-point entering the fourth quarter. Both teams shot a combined 9-of-38 from the field in the frame.

Then, UT took a 53-50 lead before seeing the Lady Longhorns go on their final run. With their backs against the wall, Tennessee turned the ball over and took ill-advised three-pointers instead of getting the ball down in the post to Key, who had position.

“We just weren’t as offensively efficient as we wanted to be,” Davis said. “We didn’t take the shots that we wanted to take. And on top of that we couldn’t really stop them from getting shots. So, it was just a combination of a lot of things.”

Tennessee will be back in action on Wednesday night as they take on Colorado State at Thompson-Boling Arena. Tip-off is scheduled for 7 p.m. The game will be broadcast on SEC Network +.