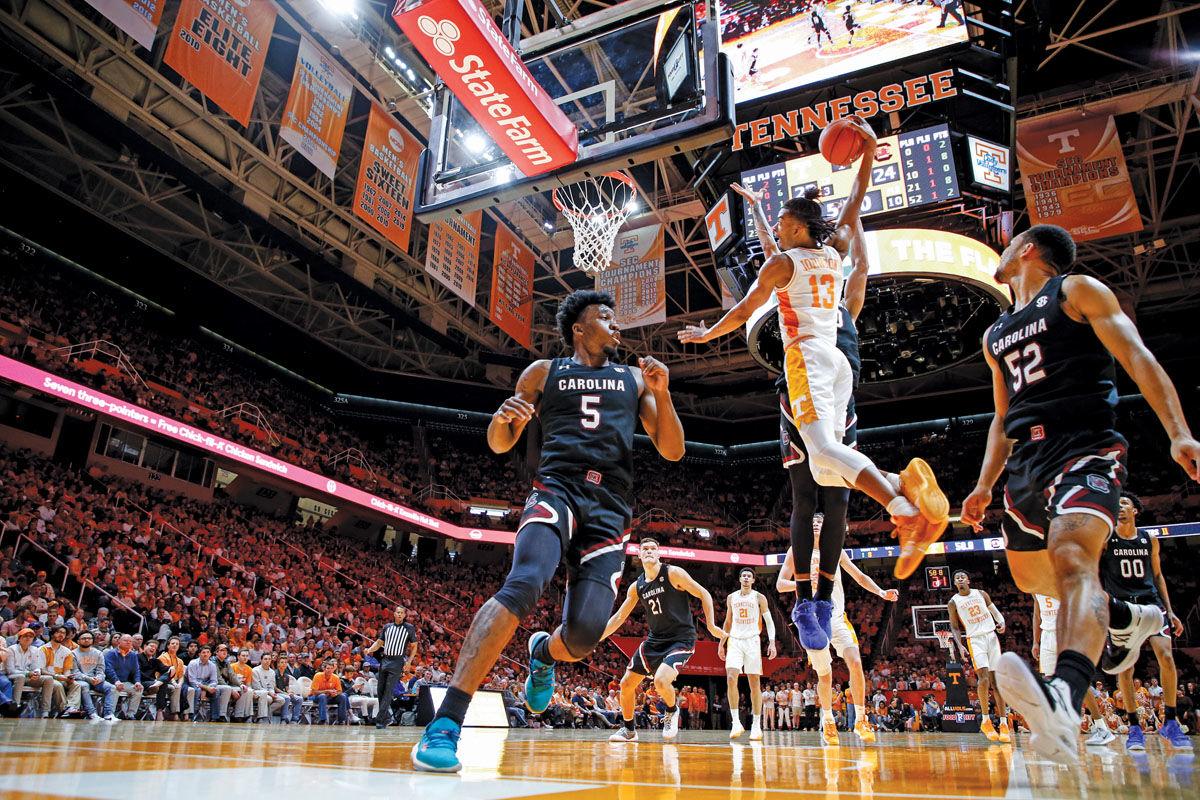 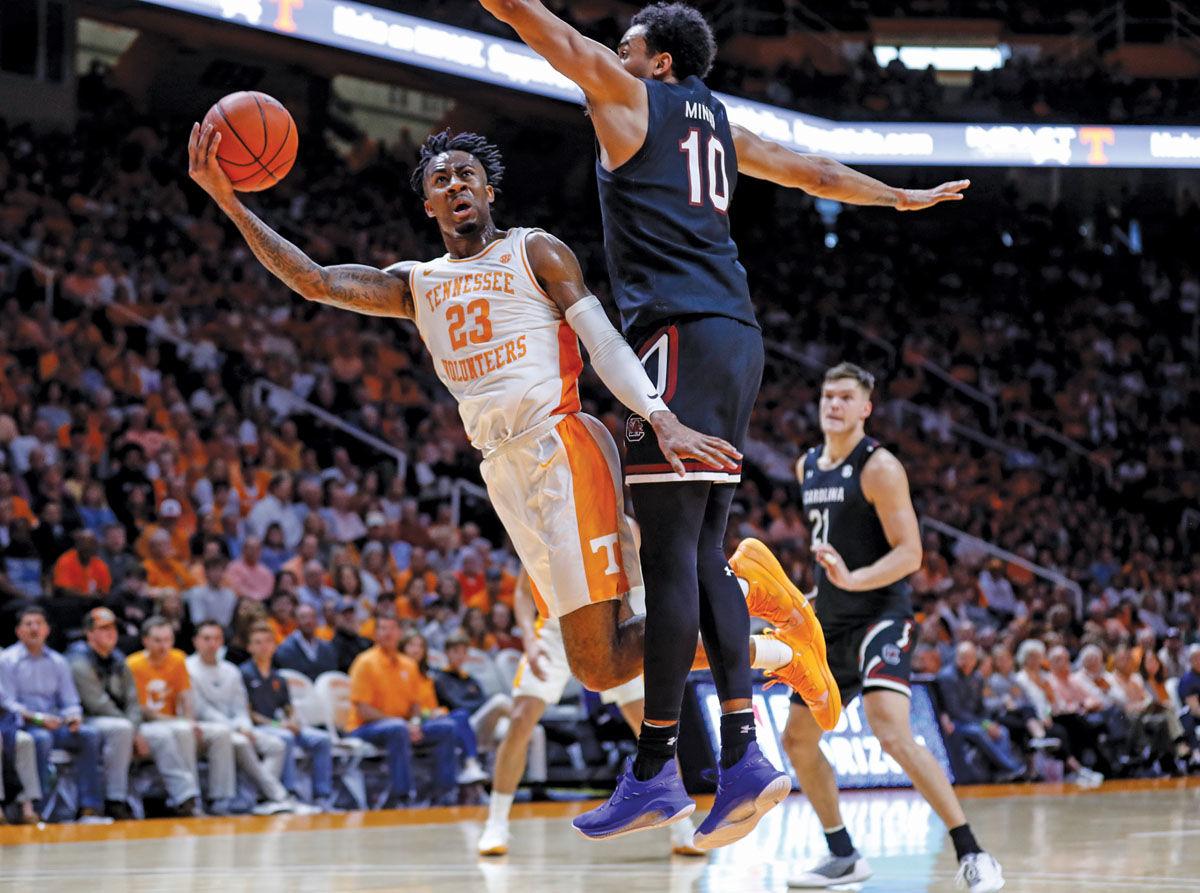 KNOXVILLE — With absolutely nothing going right for Tennessee on the offensive side, the Vols turned to a lineup in the second half on Saturday that consisted of Santiago Vescovi, Jalen Johnson, Drew Pember, Yves Pons and John Fulkerson.

That lineup entered the game with the Vols trailing 39-31 to South Carolina, and the team shooting 25 percent from the field. When part of the lineup left the court just two minutes later, UT was on a 7-0 run and trailed by just one.

Just as everyone predicted.

Using that run, Tennessee shook out of a poor shooting performance, topping South Carolina at Thompson-Boling Arena 56-55 for their second conference win of the season.

It was the first time that lineup has seen the floor this season, and it was Pember’s first minutes of the contest.

The run started on two Vescovi free-throws. Vescovi followed that up with a 3-pointer to cut it to a three-point game.

After Fulkerson took a charge, he made a spin move in the lane and laid the ball in to make it 39-38.

That part of the run took a little over a minute and a half.

Taking advantage of the momentum, Tennessee continued the run with Jordan Bowden back in the game. South Carolina missed 10 straight shots, and the Volunteers took advantage at the free-throw line with Pons, Vescovi, Bowden and Pember each hitting free-throws to give UT a 45-41 lead.

South Carolina cut the lead to one, but Pember was there again, this time hitting the first 3-pointer of his career to put Tennessee up by four.

Then, it was James’ turn as he drained a 3-pointer off USC’s 11th straight miss, forcing a South Carolina timeout. The run was a 20-5 stretch for UT.

“Drew has really worked hard in practice, and he came in and passed the ball well,” Barnes said. “I thought his presence out there was good. He’s a skilled player. He made a three, and I liked how he drove to the basket.”

The UT lead see-sawed back and forth for the final four minutes of the game.

With 36 seconds left, the lead was down to one. Tennessee let the clock dwindle down to six seconds before firing up a shot that missed. A.J. Lawson grabbed the rebound and quickly went down the court.

With 1.4 seconds left, Lawson went up for a shot. However, Fulkerson slid under him and Lawson was called for a charge to seal the win.

Fulkerson was the leading scorer for Tennessee with 15 points while Vescovi added 13. James had 10 as well. After a solid shooting game against Missouri, Bowden went back into his slump on Saturday, going 1-16 from the field and 1-11 from the 3-point line. Pons was 0-7 from the field.

Tennessee and South Carolina combined to shoot 16-57 from the field and committed 21 turnovers. There were also 22 fouls called.

It didn’t appear that it would be that case at first with Tennessee breaking out to a 7-0 lead.

After a Fulkerson basket started things off, Vescovi drained a 3-pointer and then fed Fulkerson for the alley-oop.

However, as was the case against LSU last Saturday, Tennessee went cold from the field, scoring three points in the next nine minutes as South Carolina took a 16-10 lead.

But the Vols fought back, going on a run of their own.

Bowden drained a 3-pointer, Johnson made a free throw, James hit a 3-pointer and Olivier Nkhamhoua made a layup.

That 9-0 run gave Tennessee a 19-16 lead. The two teams traded buckets for the remainder of the half with South Carolina holding a one point lead at the break.

Vescovi had five turnovers in the first six minutes of the half while Bowden and James each had two.

Tennessee will be back in action on Wednesday night as they travel to take on Georgia in Athens.

Tip-off is set for 7 p.m. and the game can be seen on ESPNU.