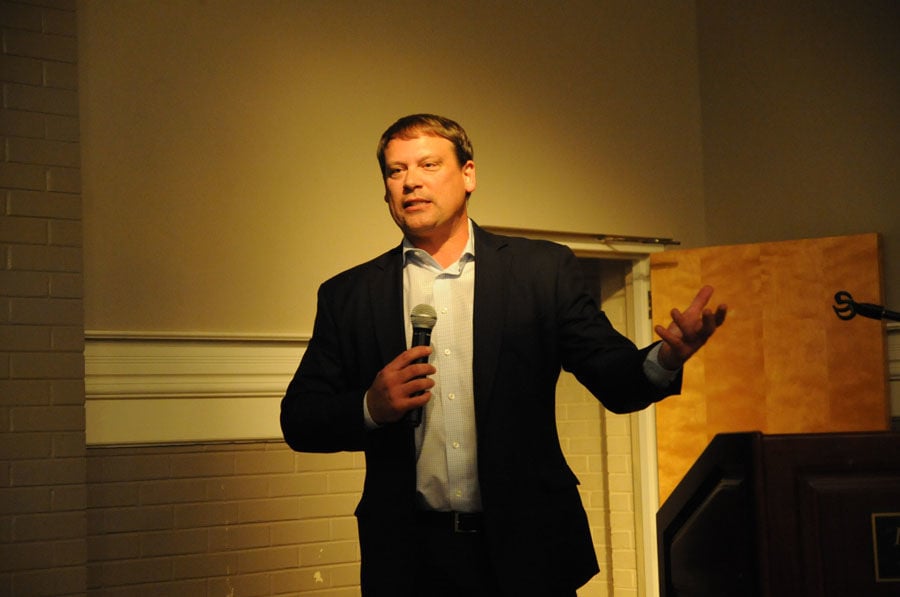 Heath Shuler delivers his speech in front of a packed house at the Citizen Tribune Parks and Recreation Hall of Fame Banquet Thursday night. For more pictures, go online to www.citizentribune.com 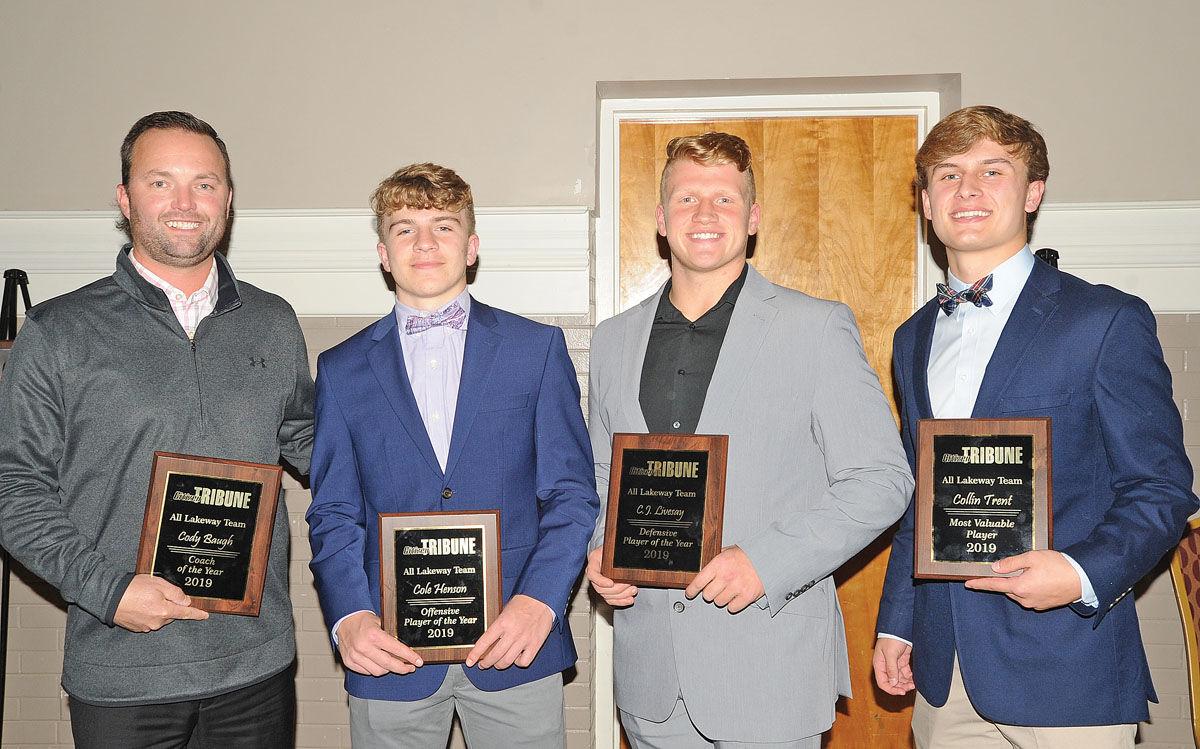 Heath Shuler delivers his speech in front of a packed house at the Citizen Tribune Parks and Recreation Hall of Fame Banquet Thursday night. For more pictures, go online to www.citizentribune.com

Thursday morning Heath Shuler’s son Navy, a highly-recruited quarterback heading to Appalachian State next season, delivered his senior speech at Christ School in Arden, N.C. It’s an important moment at the school, a chance for an upper classman to provide some wisdom to his younger schoolmates. For his father, in the crowd, it was a moment he will never forget.

“I listened to my son today and he was talking about going out and making a difference in young student’s life,” Shuler said. “‘If you’re a junior or you’re a senior, what are you going to do to make a difference in an eighth grader or freshman’s life?’ he said. I told my wife as we were leaving the school, that we’ve done something right. Forget the academic or the athletic accolades, the most important thing my soon talked about was making a difference in someone’s life.”

Shuler, the former standout quarterback for the University of Tennessee and first-round draft choice of the Washington Redskins, was in Morristown celebrating those that make a difference in lives across the community, speaking at the 42nd annual Citizen Tribune Morristown Parks and Recreation Hall of Fame Induction Banquet at Rose Center.

Parks and rec hold a special place in Shuler’s heart as his parents were both actively involved in their own department when he was growing up in Bryson City, N.C. His father, Joe Benny was on the board of Parks and Rec and his mother Margie served as a volunteer for more than 20 years.

As his son delivered his address, Shuler pondered not only on the moment, but on his own history and the people he would be helping honor himself later in the day.

“As I listened to that speech, it was a reflection really on my life and the things my parents taught me,” Shuler said. “The things they were able to do and as I stand before you today, you guys are the exact same people as my parents were.”

It was a message from his mother that would put Shuler on the right path. As he was set to begin his high school journey, Margie let him know she’d put something special in his notebook. Being a kid, Shuler hoped it was cash. Instead, it was an important life lesson he holds with him to this day.

“It was a note and it changed my life forever,” Shuler said. “It said, ‘Heath, make each and every decision as if I am standing beside you. For when I am not there, there is always someone above who is.’ That moment changed me. … The good Lord above was always watching me. …I never wanted to disappoint my parents, but I never wanted to disappoint God.”

Shuler described his time at the University of Tennessee as a “storybook,” as he played for both Johnny Majors, Phillip Fulmer and current Duke head coach David Cutcliff. He talked about his hometown, the Tennessee fans and, of course, his favorite games.

“We beat Georgia between the hedges when they were ranked No. 2 or 3,” Shuler said. “I can’t remember the ranking, but we played well. We beat Florida in a rainstorm.”

But it was a moment off the field that turned out to be his favorite memory as a Volunteer. Shuler was asked, as a freshman QB, to speak at a church in Sweetwater. He was prepared, fresh out of speech class and ready to deliver the goods to the packed church. Only, in the excitement of meeting people, signing autographs and getting into the building, he’d forgotten something very important.

“The preacher gets ready to introduce me and I realize I’d forgotten my coat,” Shuler said. “Guess where my speech was. My coat was in my car. So, as a quarterback you’ve got to think quick on your feet. I get up there, and I’m hoping I can find a long-winded deacon that can pray long enough I can run out and get my speech and no one will know.”

Of course, that didn’t happen. Shuler, instead, took a knee and prayed for some special memory abilities to recall his speech. And it worked.

“I stood up and God put his hand on me and guided me through it,” Shuler said. “As I finished, I talked about my mom and her message and the greatest thing that ever happened in my life, when I accepted Christ.”

His message was heard by that Sweetwater church that day and a young teenager came to him.

“He said, ‘I want to know Christ just like you,’” Shuler said. “So I prayed with him. God placed me in a position that had nothing to do with sports, but put me in position to be there. Because if it wasn’t for athletics, I wouldn’t have been there at that moment to help change that young man’s life forever.”

Shuler ended the night with a challenge.