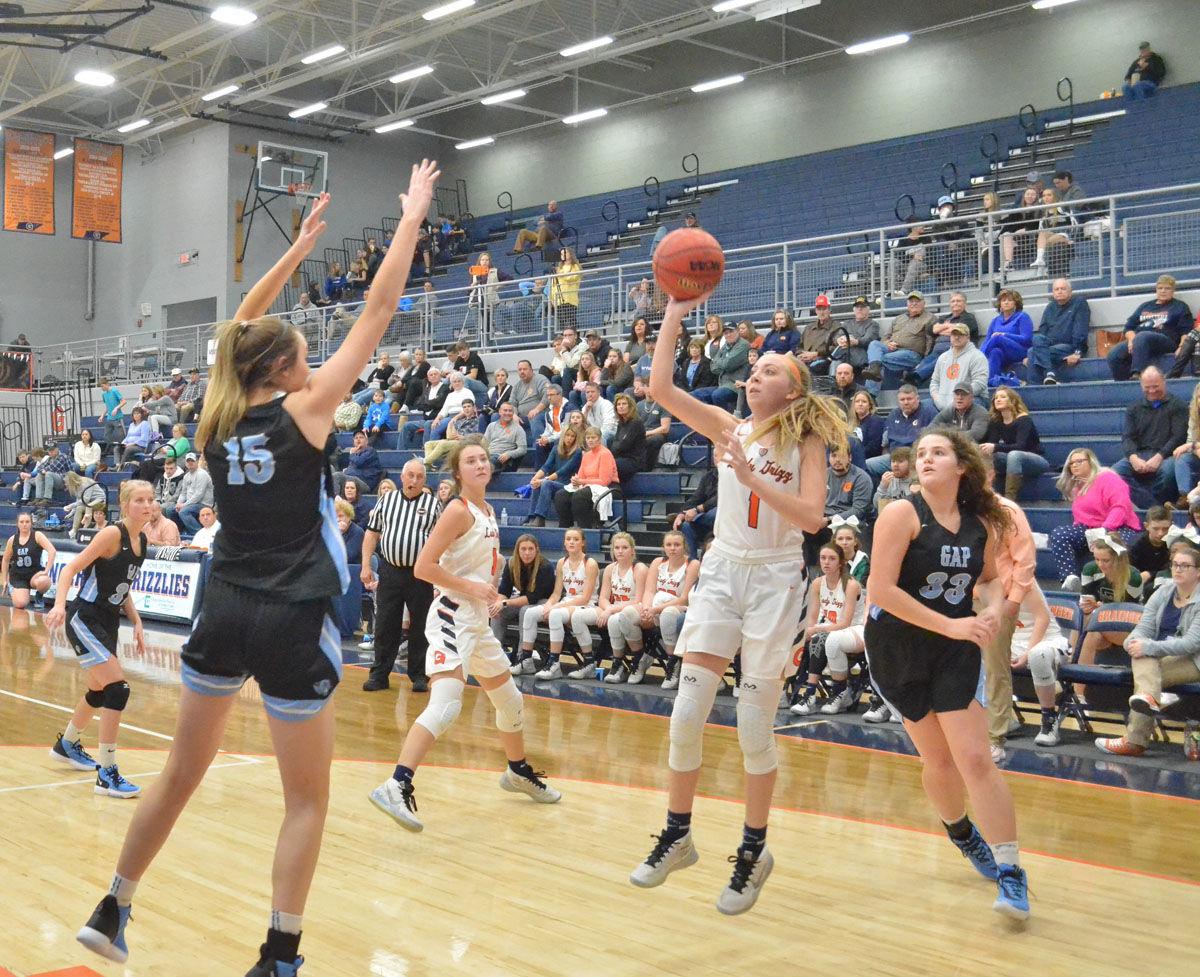 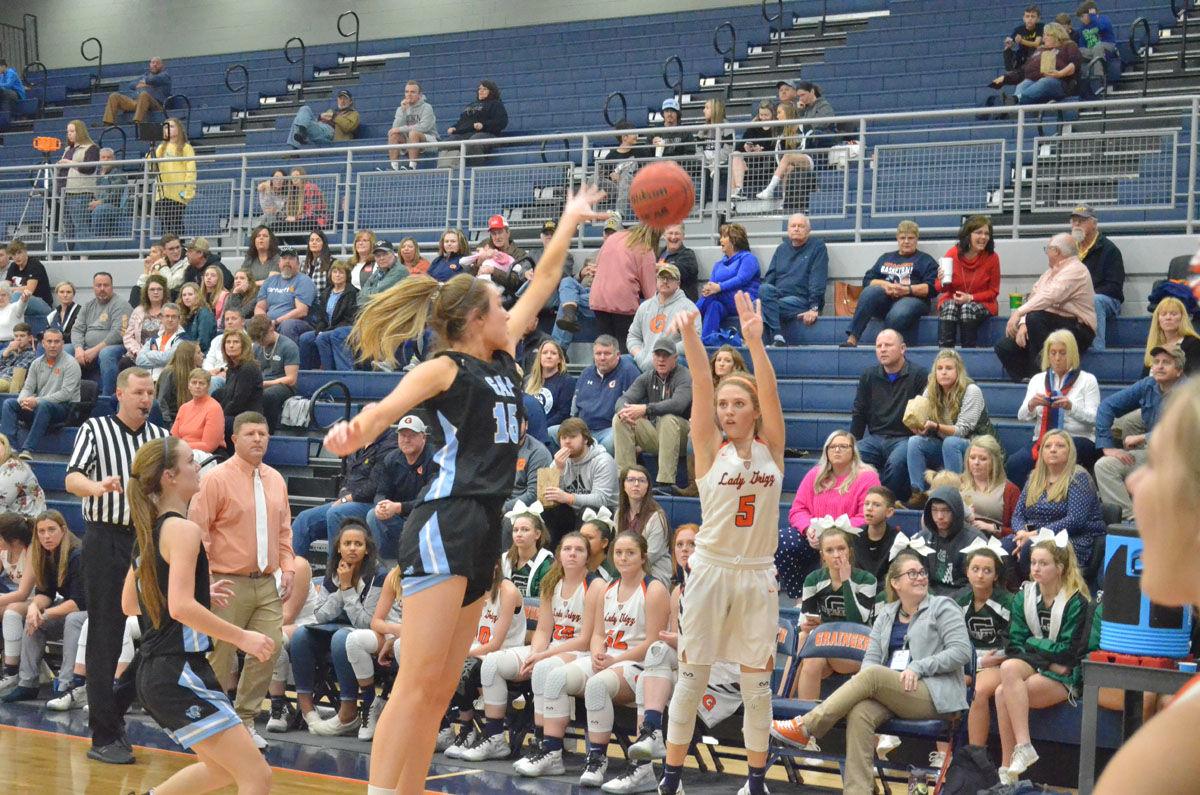 Grainger’s Tori Rutherford fires up a 3-point shot against Cumberland Gap Monday night at The Den at GHS.

Grainger’s Tori Rutherford fires up a 3-point shot against Cumberland Gap Monday night at The Den at GHS.

The Lady Grizz defeated Cumberland Gap 62-16 the last time the two played in the regular season, but on Monday it was a two-point game with two minutes to go in the half.

Then, the switch flipped on for Grainger, and Cumberland Gap could never turn it off.

“We were a little sluggish early on,” Grainger coach Rusty Bishop said. “Cumberland Gap played great and made some shots in the first half, but I just didn’t feel like we played with the intensity that we needed to. That’s what we talked about at halftime, and we came out and played a lot better.”

With the win, the Lady Grizz, who already clinched a spot in the Region 1-AA Tournament, advance to the district championship game on Tuesday where they will take on South Greene at 7 p.m.

The run started for Grainger on an Abbey Hodge 3-pointer that put them up five. After Lauren Longmire made a basket, Tori Rutherford made a game-changing play. Rutherford knocked the ball away off the inbounds pass and forced the ball off a Cumberland Gap player as the ball went out of bounds.

Following the play, Grainger hit a shot with six seconds left to go into the half with a nine-point lead.

“Her (Rutherford’s) effort and intensity on the defensive end is unmatched by anyone else,” Bishop said. “She kind of gets us going that way. She anticipates so well on passes and her ball pressure is so great. She sparked us there at the end of the second quarter.”

With the momentum, Grainger came out of the locker room for the second half and put any chance of a comeback away. The Lady Grizzlies opened the frame scoring the first 12 points and never looked back.

Rutherford led Grainger in the game with 18 points, 10 of them coming in the third quarter. Longmire added 11 for the Lady Grizz while Hodge had nine. Cumberland Gap, who will play in the consolation game at 4 p.m. tomorrow, were led in the game by Abigail Garner who had 12.

Along with their offensive effort, Grainger was able to frustrate Cumberland Gap on the defensive side of the ball as well. The Lady Grizz caused multiple turnovers in the third quarter on their run. Three times those turnovers led to 3-pointers.

“Their length can give everybody problems and if you let them get in a half-court game like in the first half, they can hurt you,” Bishop said. “We didn’t do a good job of turning them over in the first half, but our defensive pressure was much better in the third quarter.”

Despite a 7-0 start to the game, the Lady Grizz were never able to take control early. Longmire had seven in the first quarter but the lead was just eight after one.

The lead got to 10 early in the second quarter, but Cumberland Gap answered back, slowly cutting the lead down to two. However, that was when Grainger went on their run, and Cumberland Gap never threatened again.

With the game comfortable in hand in the fourth quarter, Bishop was able to send in his bench, giving his starters a rest with a quick turnaround tomorrow.

“It was great for us to be able to rest our starters,” Bishop said. “We got to knock the rust off, it had been a week since we last played, but I don’t feel like we had to run ourselves into the ground so we should have fresh legs tomorrow.”

Do you think the residents of the Lakeway Area are taking social distancing seriously enough?