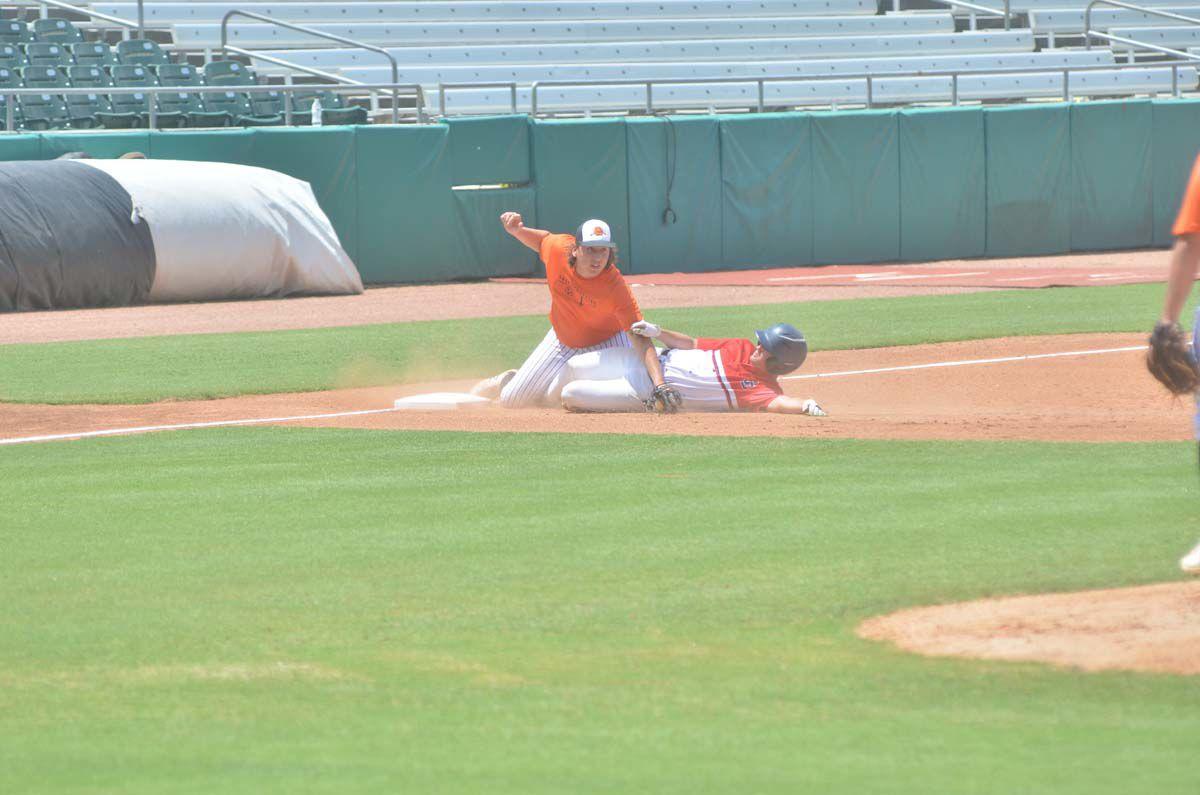 Jeff County’s Casey Allen attempts to steal third in the first inning of Thursday’s game against the Clinton Riverdogs. Allen had three hits and picked up the win on the mound. 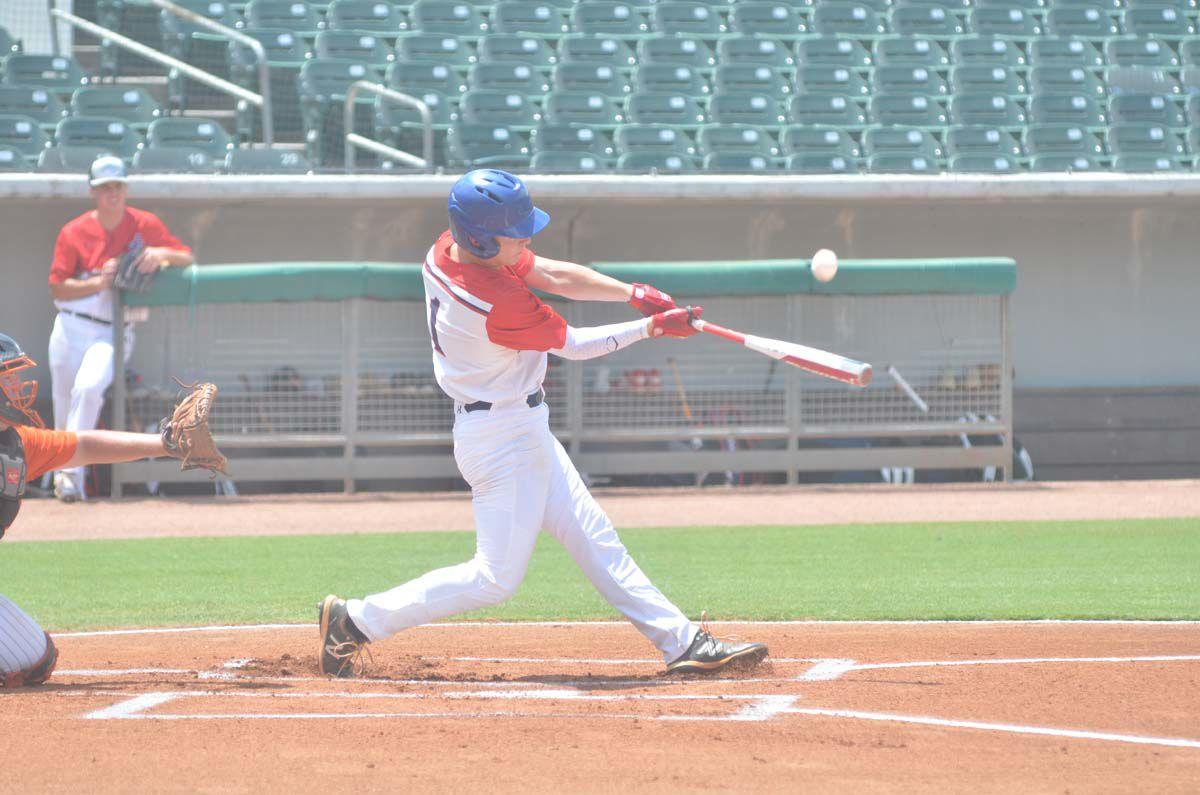 Jeff County’s Isaac Lawson swings at a pitch on Thursday against Clinton. 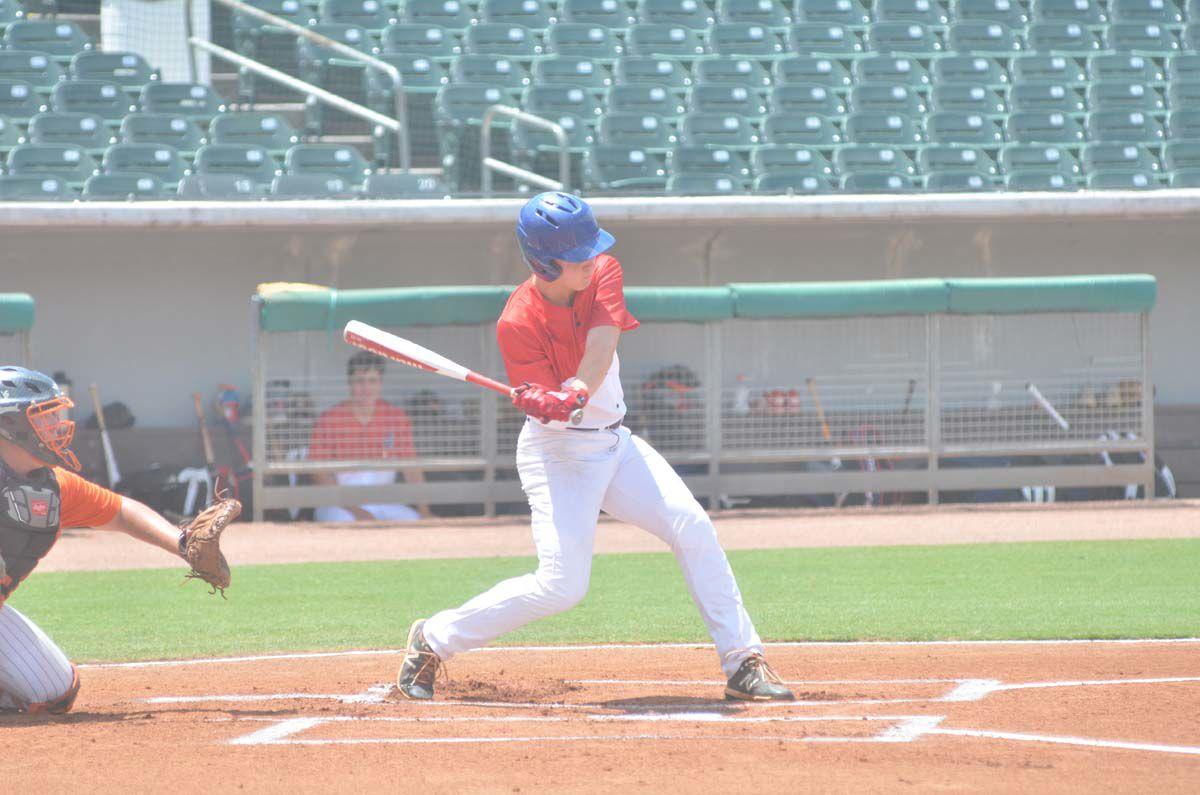 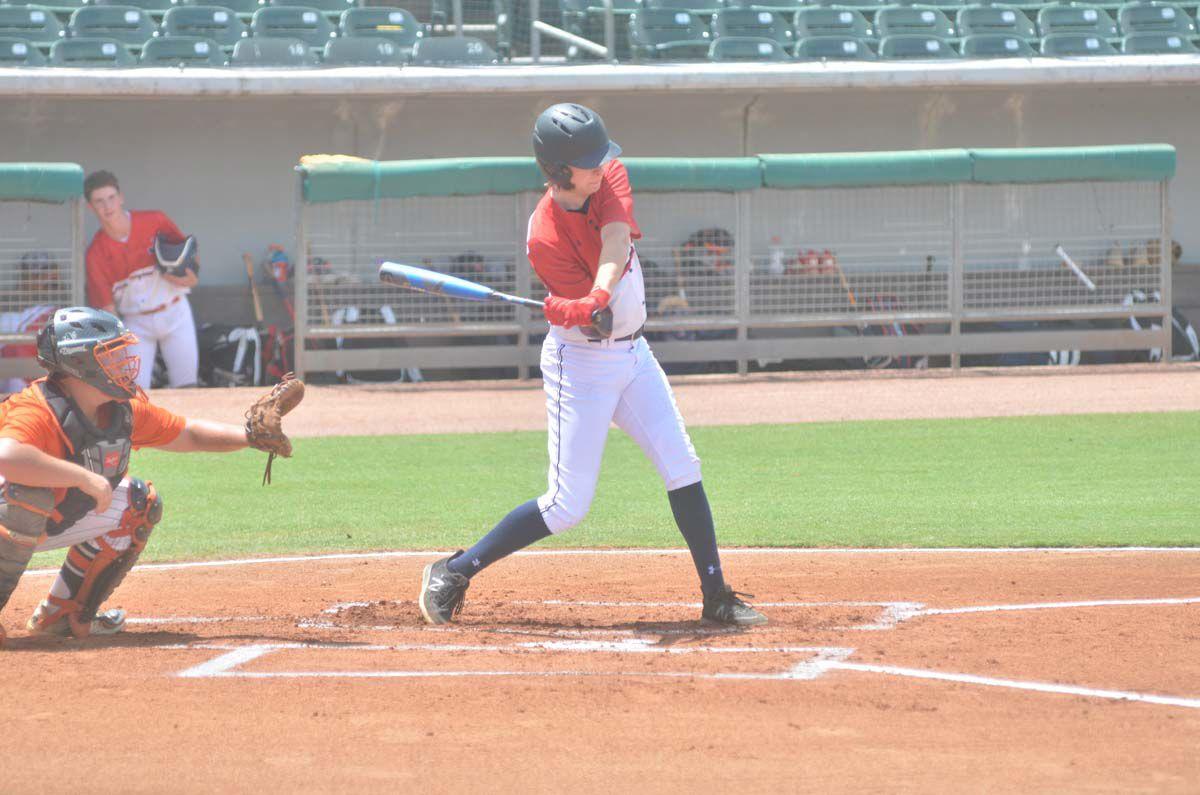 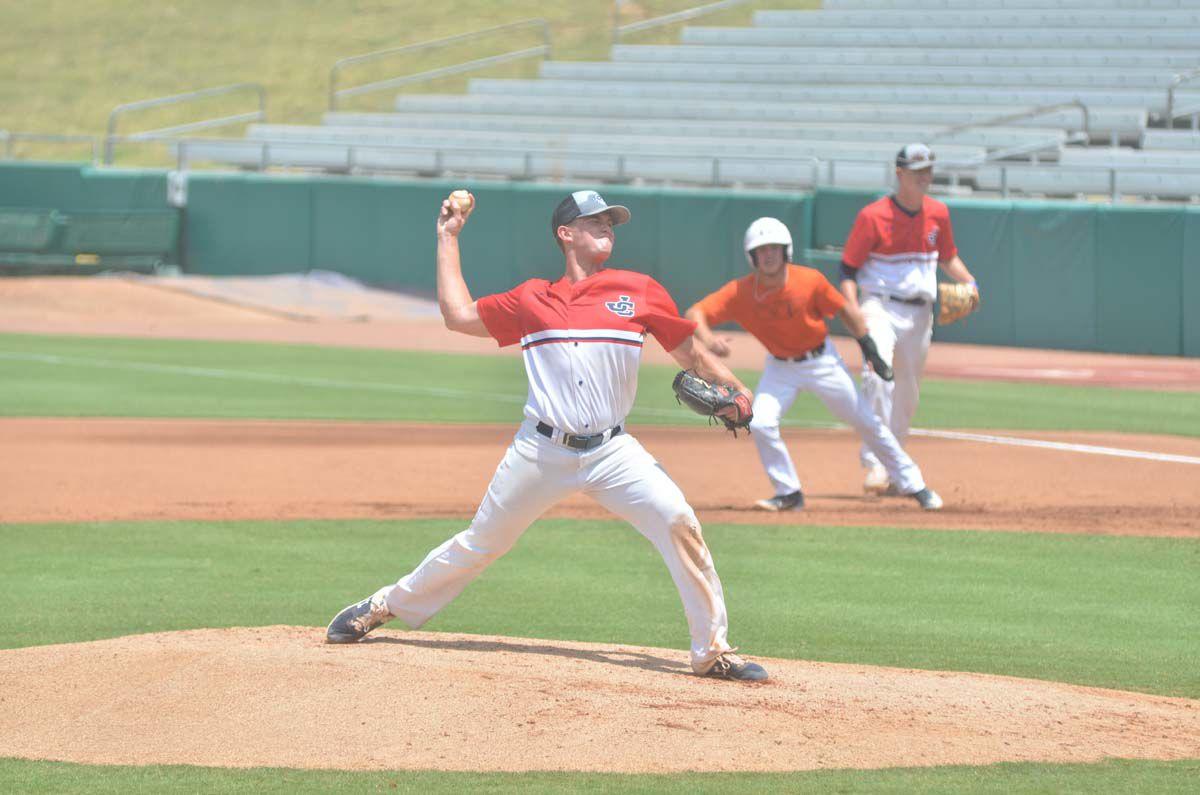 Jefferson County’s Casey Allen fires a pitch home in the first inning against the Clinton Riverdogs on Thursday at Smokies Stadium.

Jeff County’s Casey Allen attempts to steal third in the first inning of Thursday’s game against the Clinton Riverdogs. Allen had three hits and picked up the win on the mound.

Jeff County’s Isaac Lawson swings at a pitch on Thursday against Clinton.

Jefferson County’s Casey Allen fires a pitch home in the first inning against the Clinton Riverdogs on Thursday at Smokies Stadium.

Despite a younger lineup and having just 10 players total, the Jefferson County Pirates showed no sign of struggle on Thursday afternoon at Smokies Stadium.

The Pirates fell behind early, but it didn’t faze them, scoring seven runs in the fourth inning to cruise past the Clinton Riverdogs, 10-3. With the win, the Pirates move to 3-3-2 on the season and remain in the final spot to make the playoffs.

“We’re going to have a bunch of young guys next year so to get them good experience out here is always a good thing,” Jefferson County coach Zach Reese said. “These kids have some good baseball knowledge even though they are so young. You can tell someone taught them the right way and how we want to play.”

The bottom of the lineup started the charge in the fourth inning with the Pirates trailing 3-2. Tucker Hixson and Beau Revord, a rising freshman, both singled to start the inning. Jacob Rogers then reached on an error, driving in a run, and his brother, Maddux, was hit by a pitch to load the bases.

Those young players started the rally for the Pirates who would -eventually break the game open, sending 12 batters to the plate in the inning.

“Some of these guys haven’t even been through a practice with us,” Reese said. “(Revourd) is just an incoming freshman, and you can tell already that he is going to have a chance to be our catcher next year. These young guys are not doing things that you expect young players to do. That’s the biggest takeaway for me, just feeling comfortable to put them out there.”

Despite the young guys producing, it was an older face that carried them throughout the game. Casey Allen got the start on the mound for the Pirates, throwing a complete game and striking out nine. Allen also had three hits in the game, two singles and a double, and drove in two runs.

With so many guys having to miss games for different reasons for the Pirates, Allen has been a consistent force for Reese. Allen is hitting .471 with three RBI and is 1-1 with a 1.78 ERA in 19.2 innings pitched. He leads the league in strikeouts with 30.

“Casey threw like he always does,” Reese said. “He threw five innings of good baseball. Casey is one of those guys that works out every day, so it’s not like we’re just throwing him out there. We want to win, so he’s going to throw for us and go as long as he can.”

It was a must win for the Pirates after Newport was victorious Wednesday night to put the pressure on them. While the point of the league is to honor the seniors and get the young players experience, teams also want to win in the grand scheme of things. And Reese made sure his team knew that on Thursday.

“We’re trying to win,” Reese said. “We want to get our seniors a chance to play, but we also have to figure out who can play. Today, we had 10 guys out here, and we just went out there and competed.”

Jeff County will be back in action on Monday as they take on Seymour at 5 p.m.

Jefferson County dominates from start to finish in win over Gatlinburg

The Jefferson County Pirates chose the perfect time to play their most complete game to date on Thursday afternoon at Smokies Stadium.