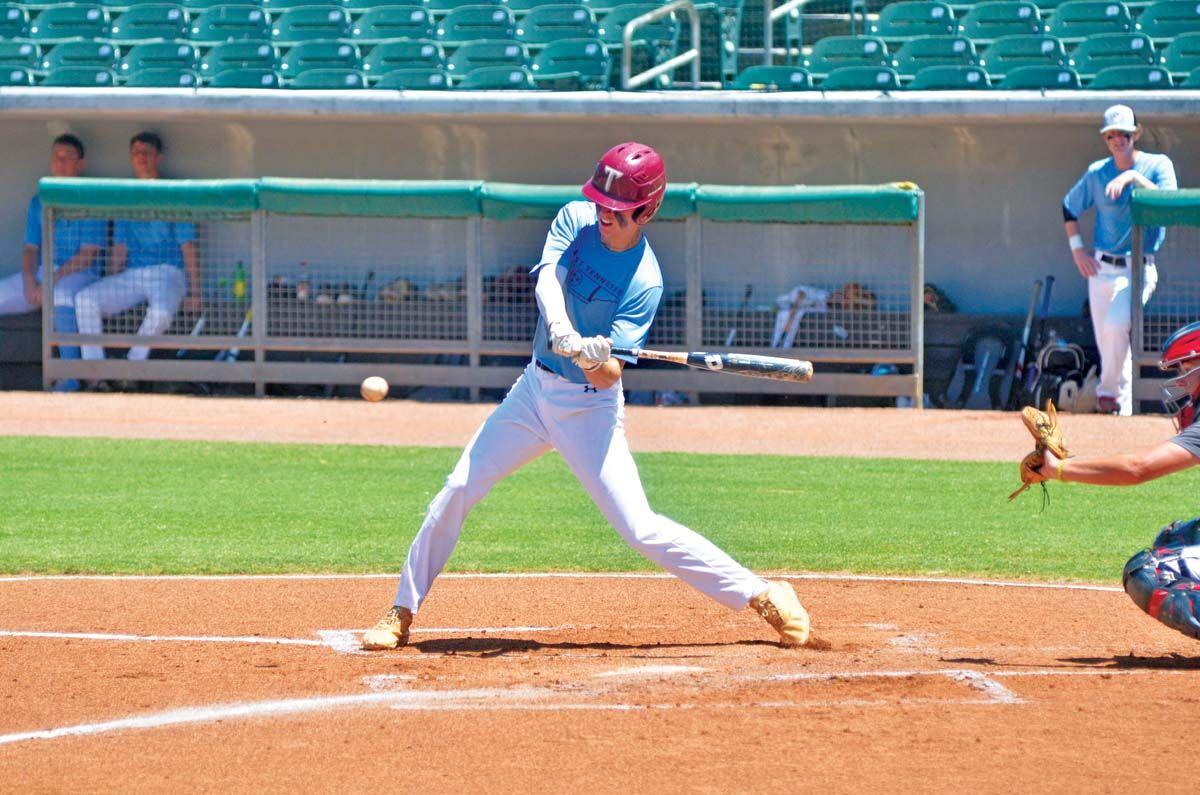 Morristown’s Cam Lovin singles in the first inning of Tuesday’s game against South Doyle at Smokies Stadium. Lovin had two hits in the game. 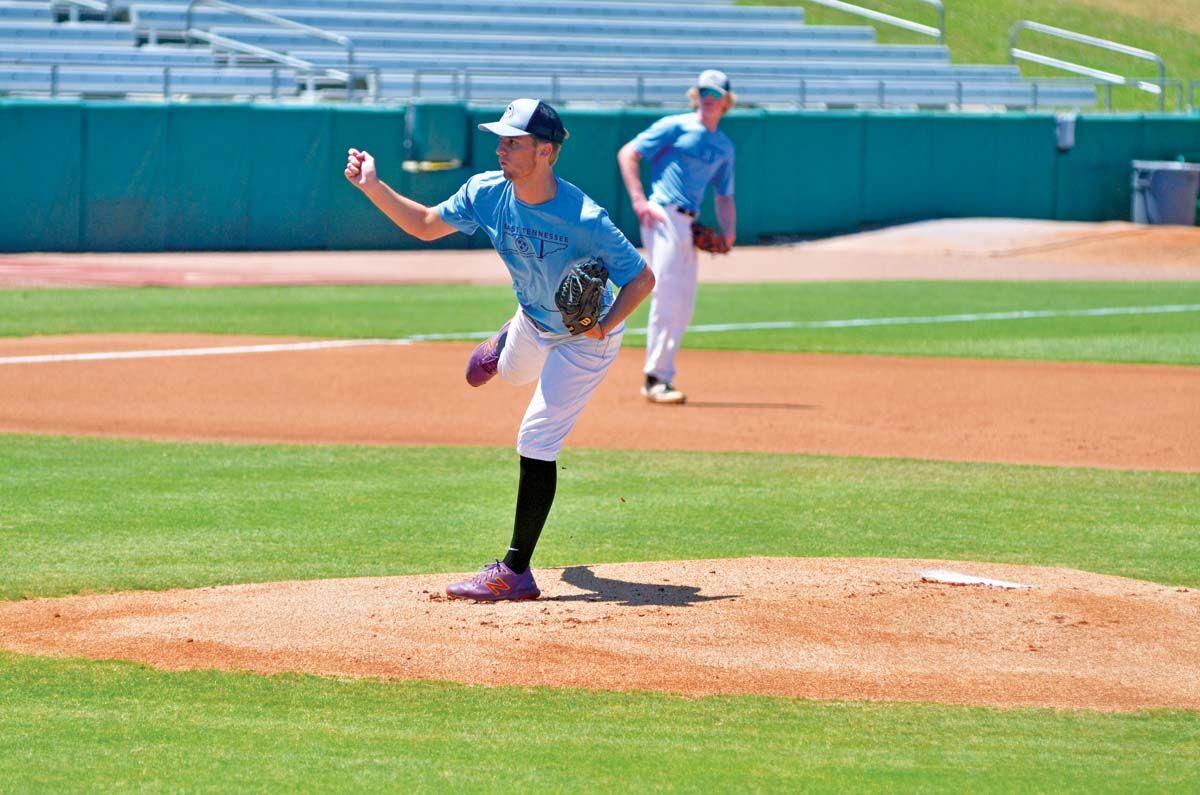 Morristown’s Cam Lovin singles in the first inning of Tuesday’s game against South Doyle at Smokies Stadium. Lovin had two hits in the game.

Most teams would have come into the dugout after the top of the fourth inning that the Morristown Sandlot baseball team had on Tuesday and quit.

The Sandlot led by a run going to the fourth but a disastrous top of the inning allowed a very vocal South Doyle team to score three runs and take a two-run lead.

With a game that had enormous playoff implications, Morristown needed to rally.

They did just that.

The first seven batters of the bottom of the fourth reached base, and the Sandlot scored six runs. Despite a shaky end to the game, Morristown held on, taking down South Doyle, 8-7.

“That was a great hitting team,” Morristown coach Tim Johnson said. “It didn’t matter what we were throwing at them. I thought our guys did a great job of answering that.”

Marshall Smith and Cam Lovin started the bottom of the fourth off with singles and Tanner Beaver walked to load the bases. JJ Johnson then reached on an error by the third baseman, scoring Smith and another error on a Spencer Justice swing tied the game at four.

With South Doyle reeling, Naylen Turner went for the kill in the form of a squeeze bunt, scoring Beaver and reaching first, giving Morristown a 5-4 lead. Joey Johnson, the Carson-Newman signee, capped the run off with a bang, doubling in the right-center gap to score all three runs.

“That was a big inning,” Tim Johnson said. “We did a good job with our approach. That’s what it is all about for our guys.

“We got some timely hits and a really good bunt from Naylen Turner and an awesome hit down the line by JJ (Johnson) and Joey (Johnson) kind of finished it off. It was a great inning.”

Morristown still had two innings to play and didn’t make it easy as South Doyle made it a one-run game and had the tying run on first with one out. But a groundball to Justice at third started a 5-4-3 double play to end the game.

“That double play to end it was phenomenal,” Tim Johnson said. “Spencer hasn’t played third all year, and he just came up with a perfect throw and that started a great plan.”

The offense started early for Morristown, who used some shifty base running in the first inning. Nate Watson singled with one out and, after reaching second on a single from Jacob Gossett, stole third and scored the first run when the ball was thrown into the outfield.

Gossett then stole third and scored on a single from Lovin.

“We try to be adventitious on the base path,” Tim Johnson said. “As the season has progressed, we’ve gotten a better feel of our run game. We actually and a hit and run on when Nate (Watson) went to third, but we still managed to steal third and then he came home on the bad throw.”

Esten Devault got the start on the mound, throwing 3.1 innings and allowing four runs. Joey Johnson replaced him and got out of the fourth but had to come off the mound in the fifth inning and Watson pitched the final two innings.

Morristown is now in fifth place in the league with a 5-3-1 record, passing Jeff County and sitting one game behind South Doyle. Morristown and Jeff County play Wednesday night at 7:30 p.m.

“I feel good about our hitting,” Tim Johnson said. “We won’t have a lot of pitchers, but we’re just going to go and hope for a slugfest and hope we can keep up with them and have a good game.