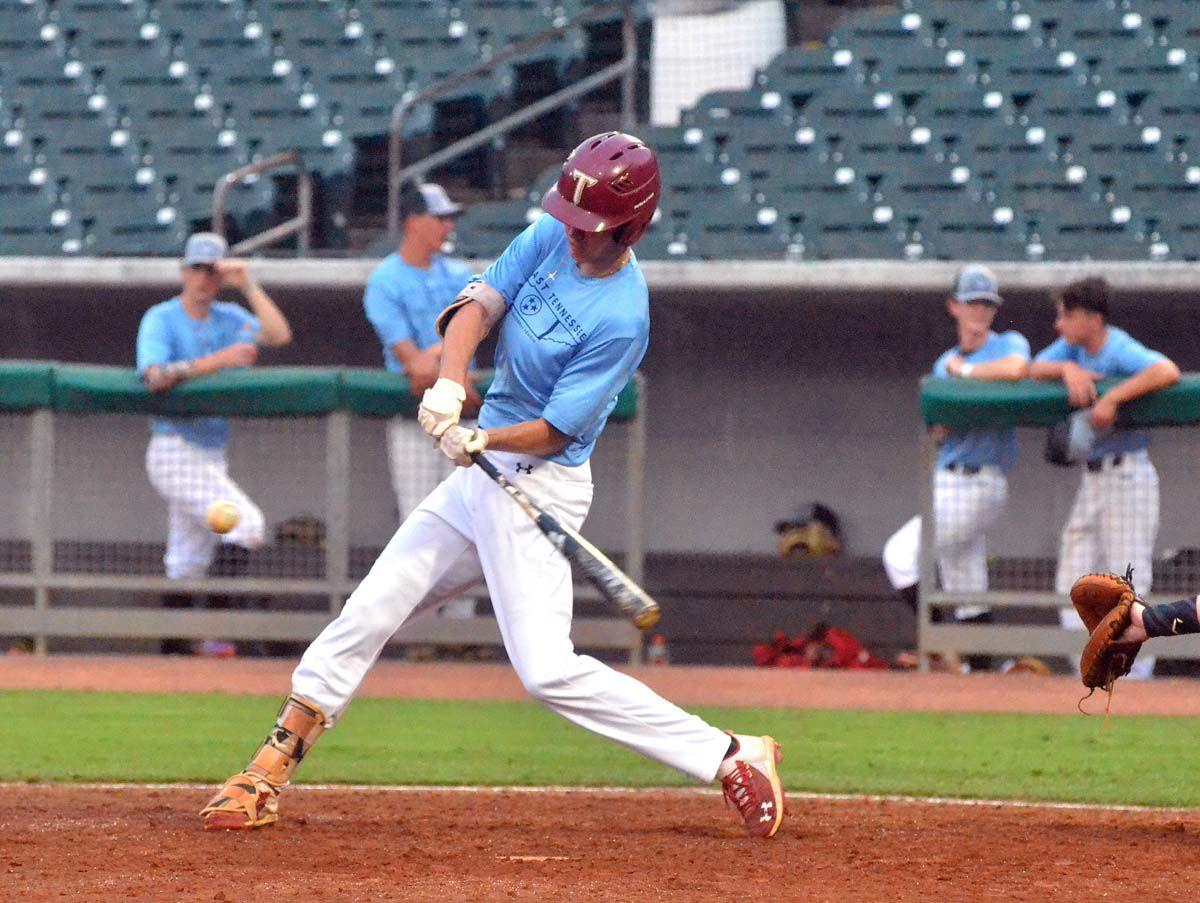 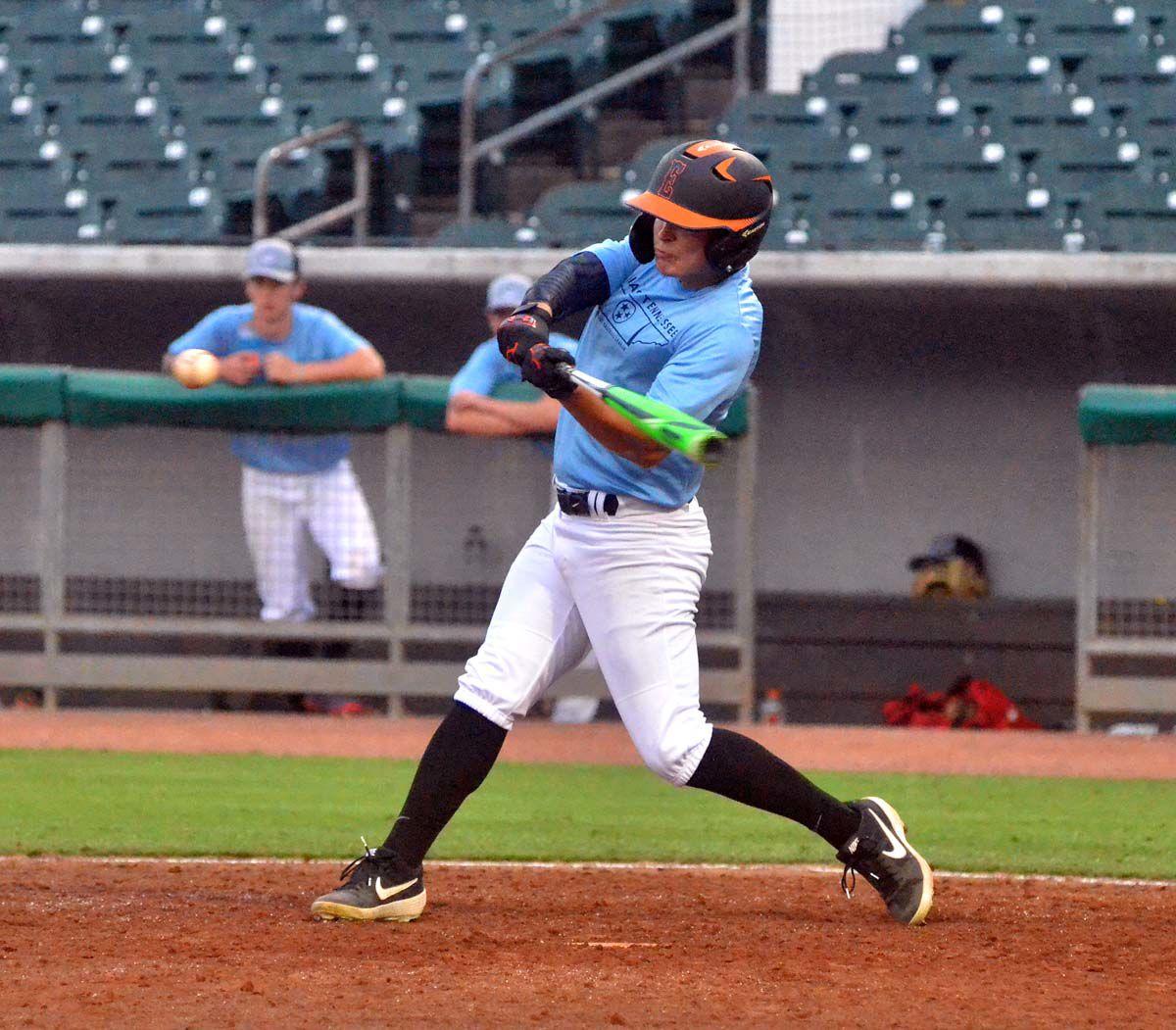 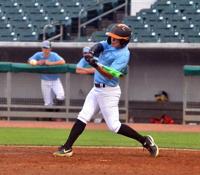 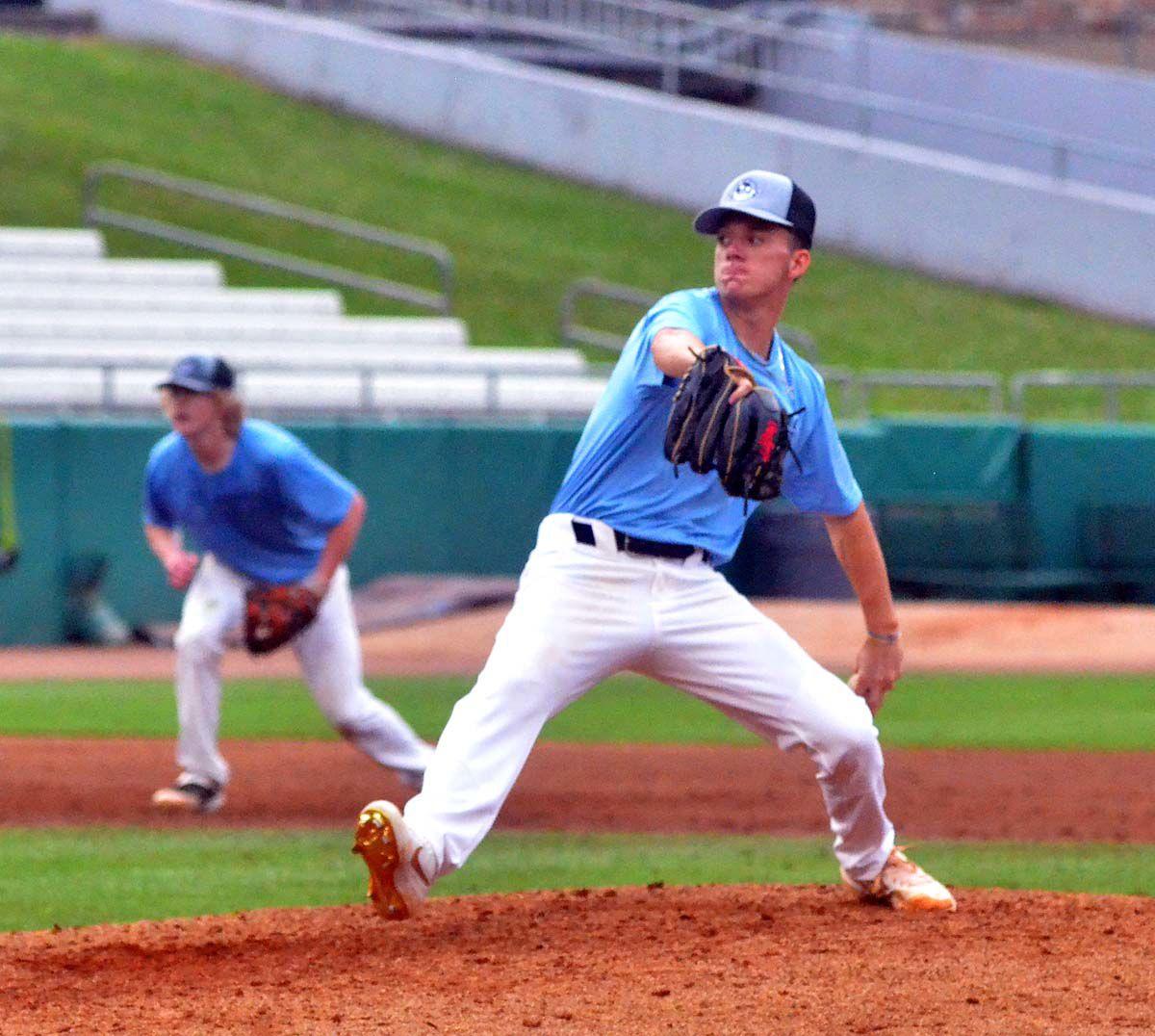 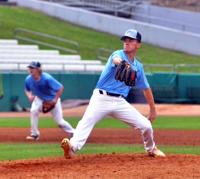 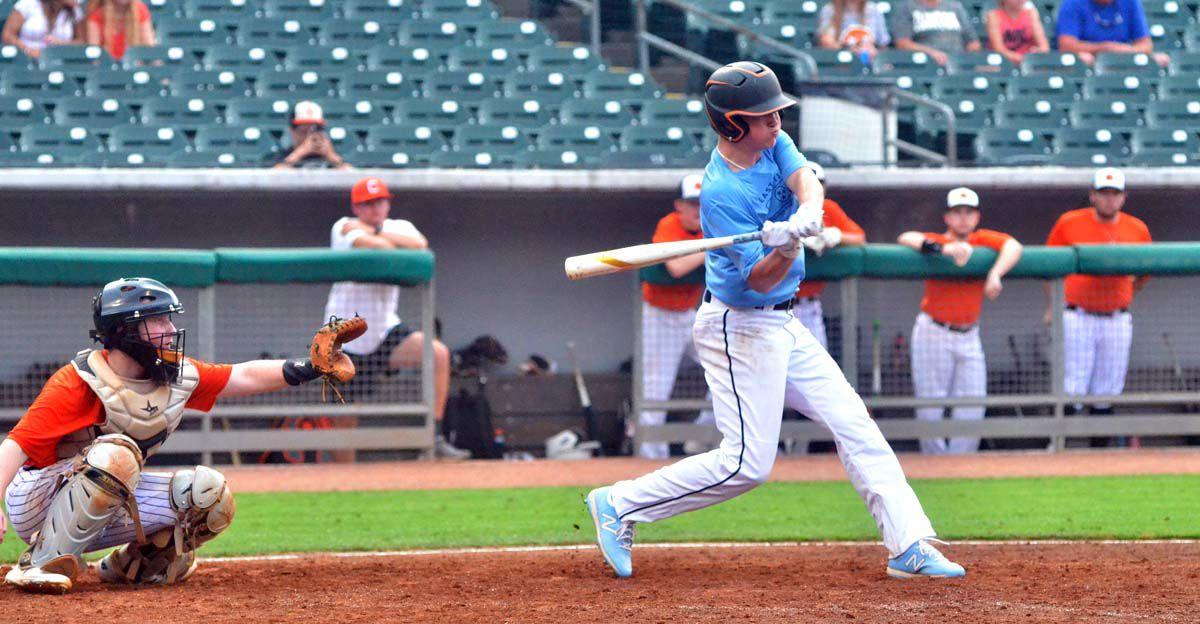 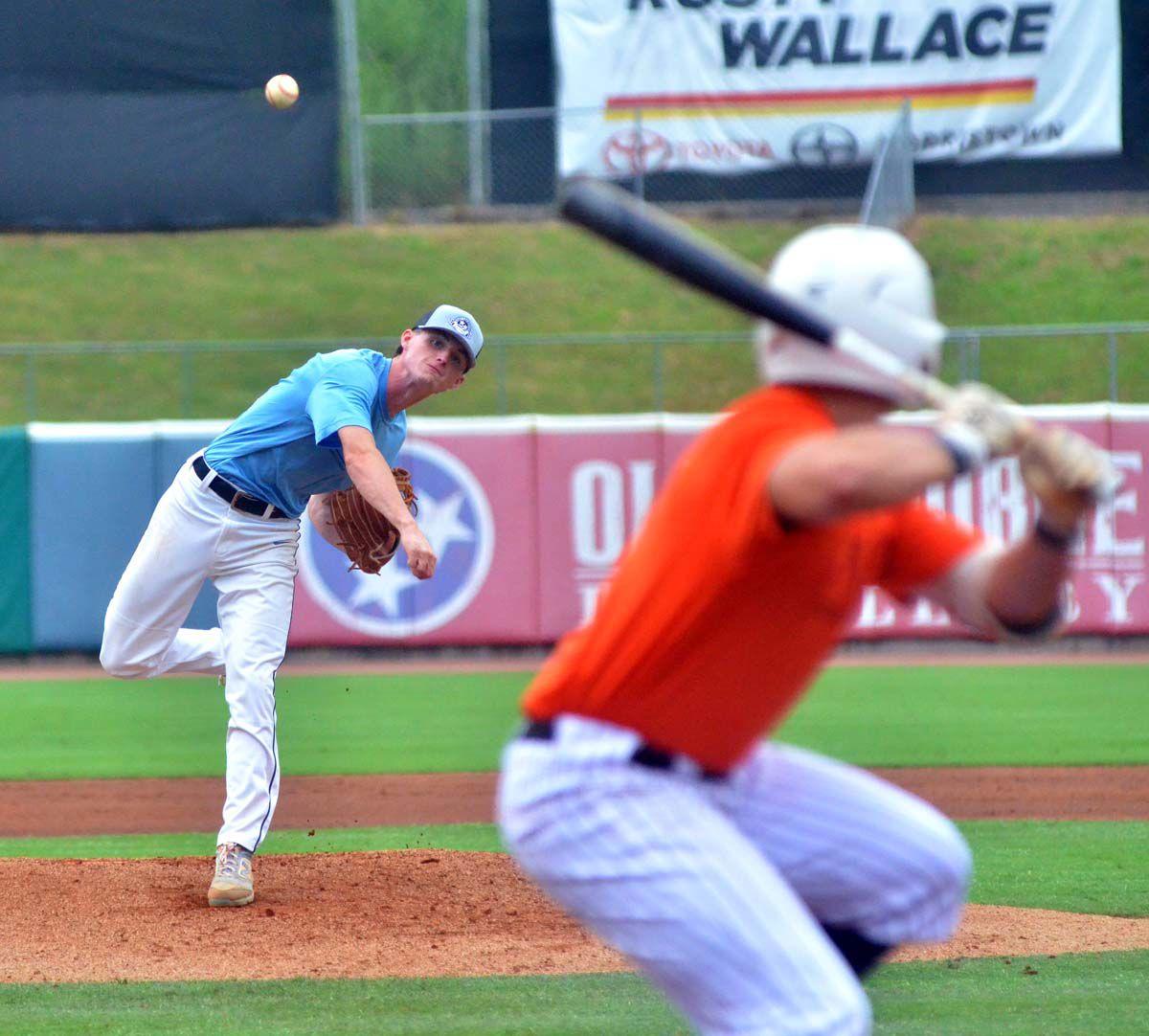 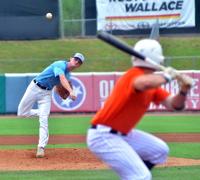 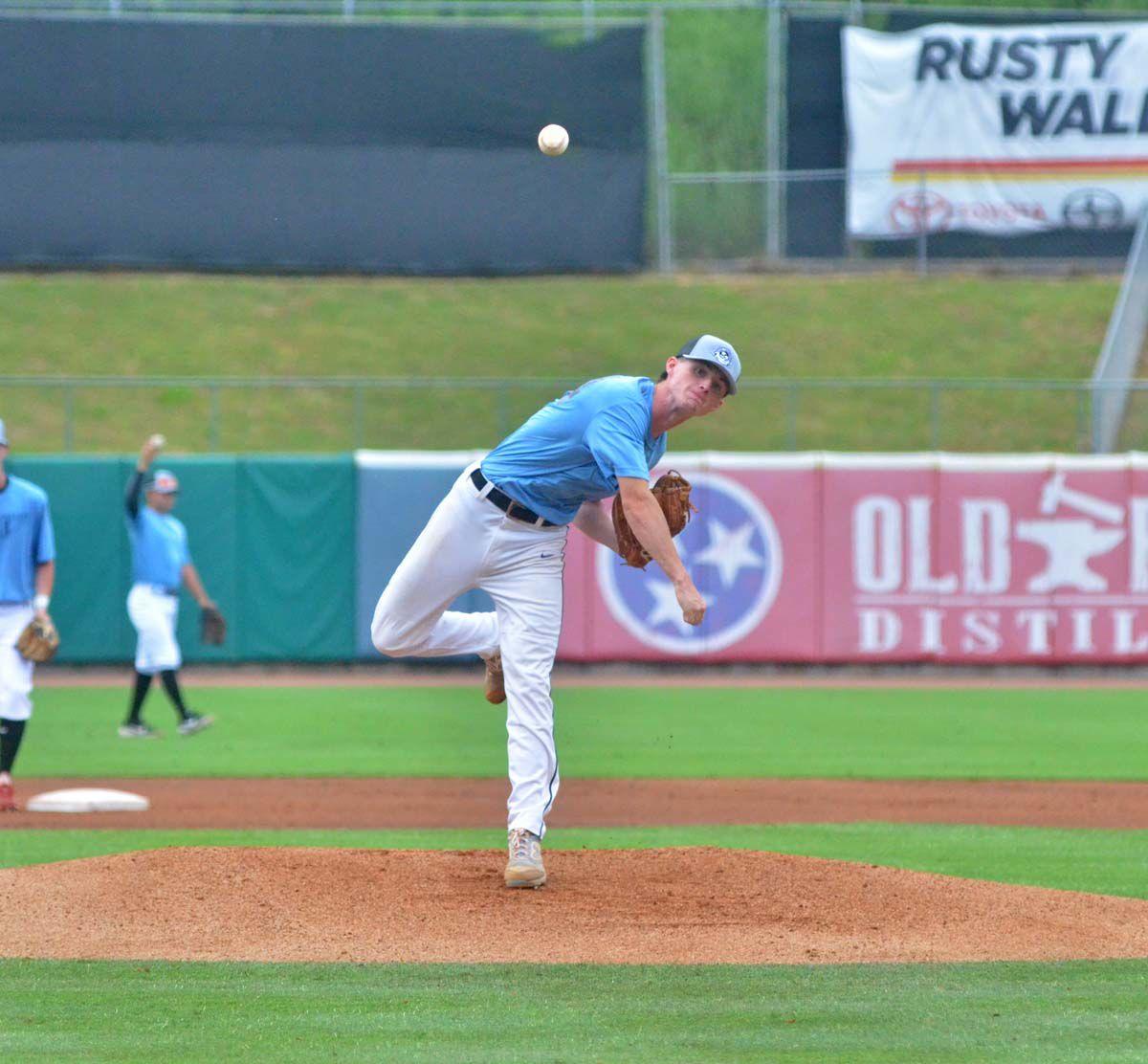 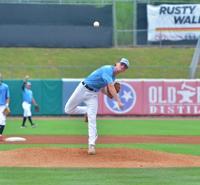 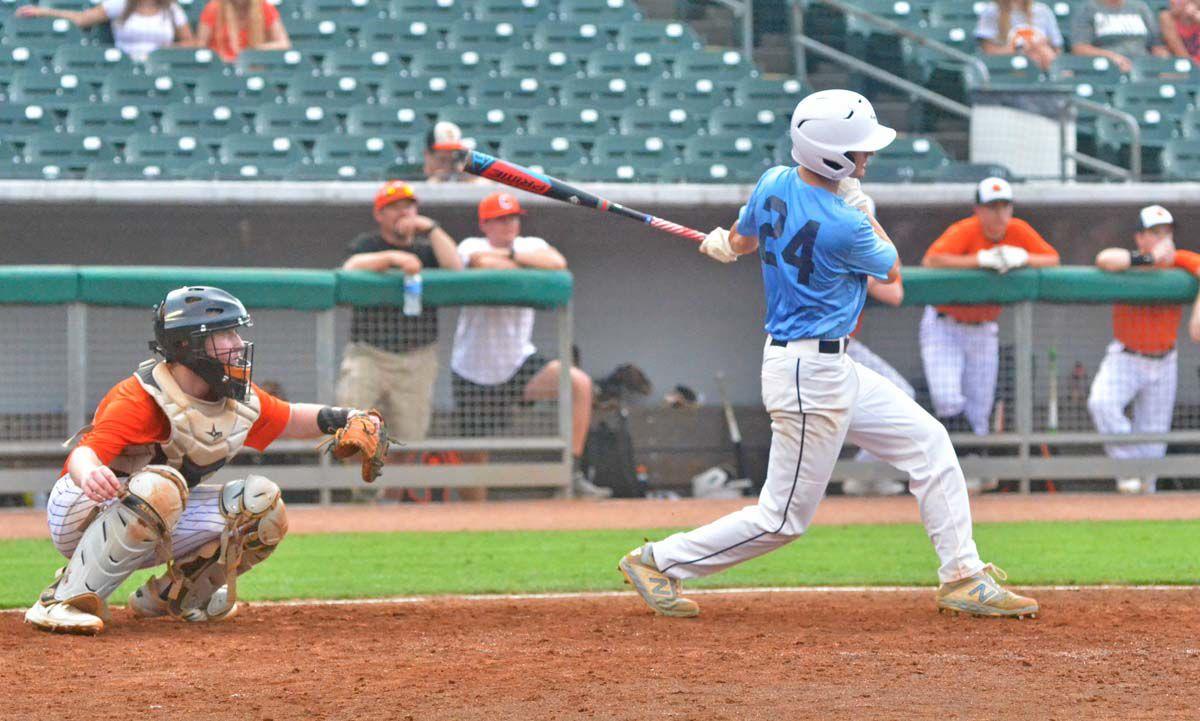 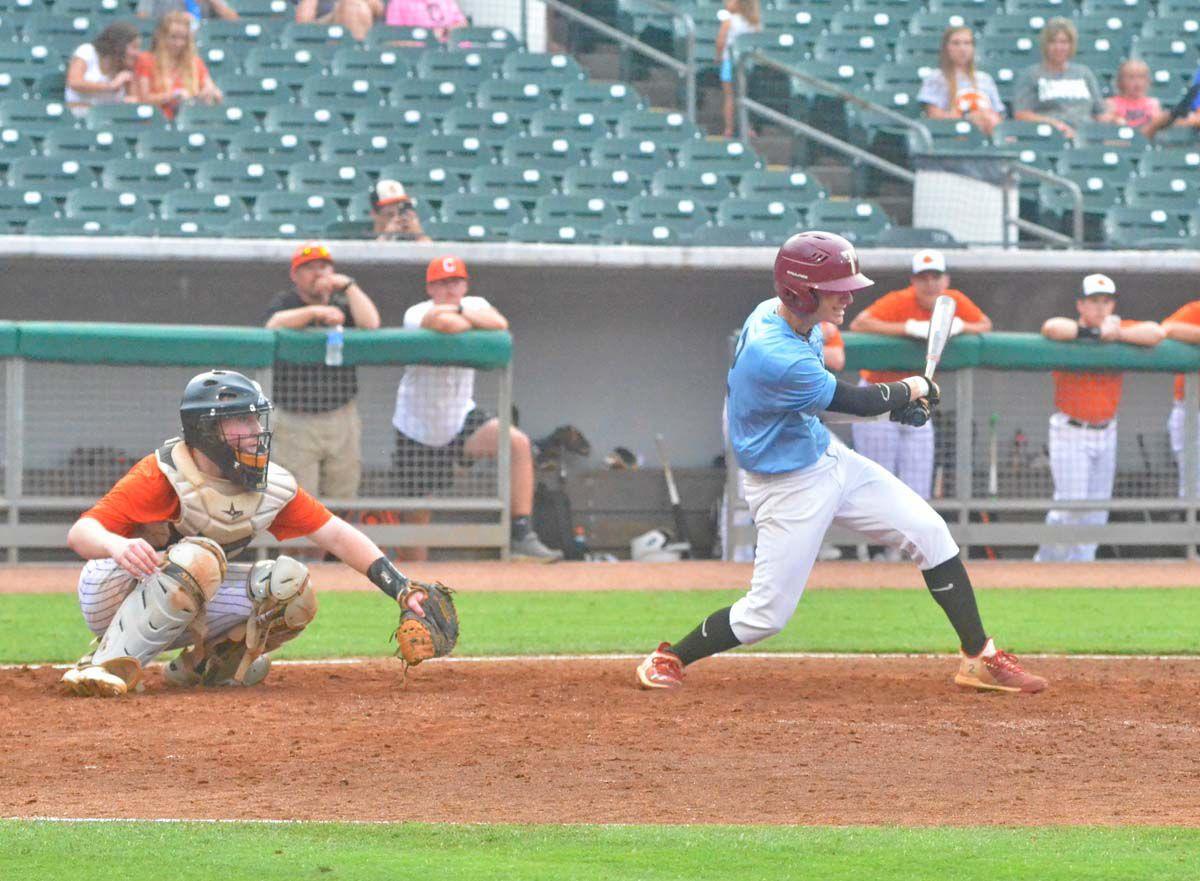 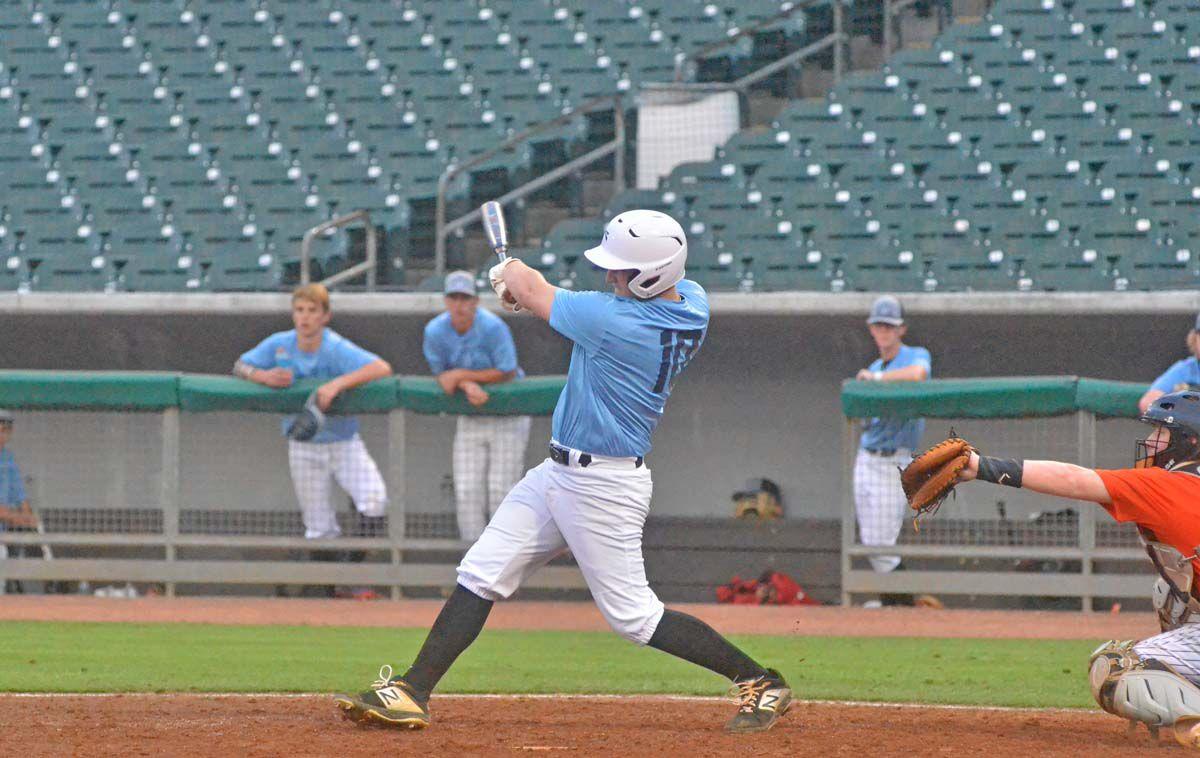 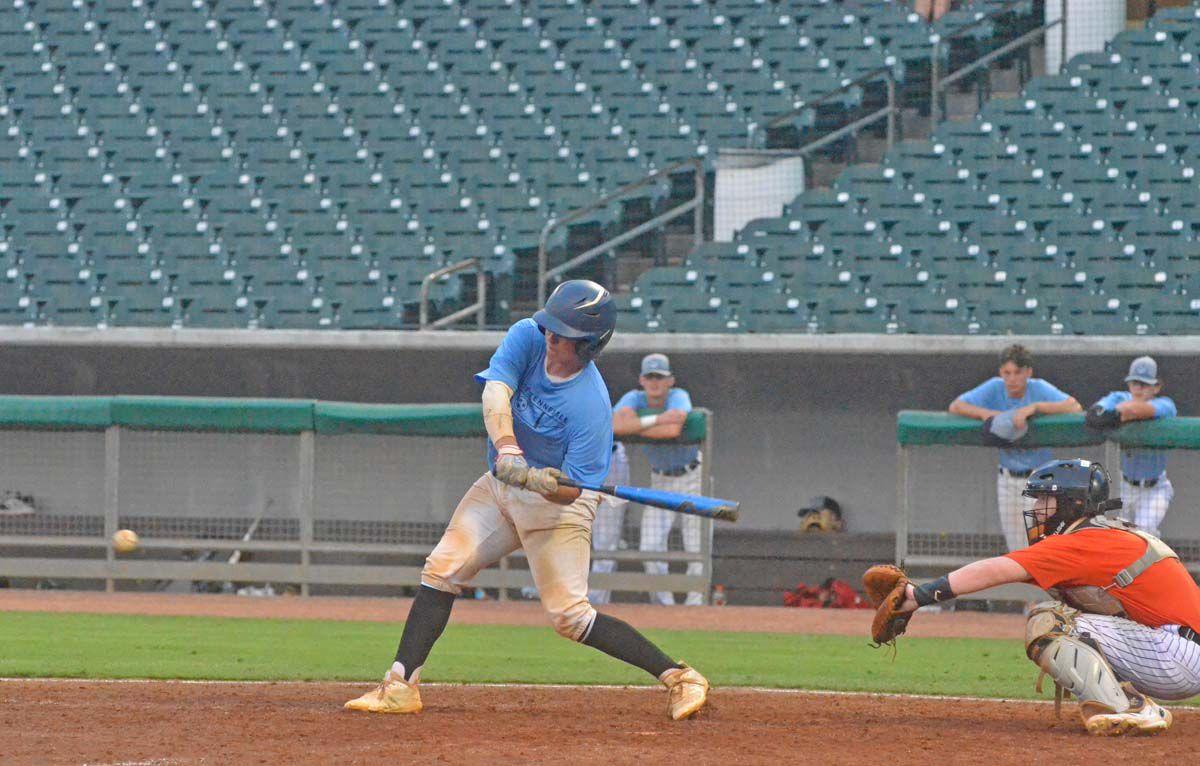 Players on the Morristown East, Morristown West and Lakeway Christian baseball teams took the field on Monday evening for their first game back since the cancellation of spring sports by the TSSAA.

Except, instead of squaring off against each other like usual, the players stepped onto the diamond together, making up the Morristown Sandlot baseball team. The Sandlot is a part of the East Tennessee High School Baseball League put together by the Tennessee Smokies.

Despite a strong start from Logan Daniels on the mound, Morristown could not get the bats going, falling to the Clinton Riverdogs 4-1 at Smokies Stadium.

“It’s really awesome (to see the guys playing again),” Sandlot coach Tim Johnson said. “I think they are really rusty but are very excited to be out here playing baseball again.”

While there was some strangeness of playing on the same team as their cross-town rivals, the Sandlots seemed to gel together with a lot of the kids having played with each other on youth teams.

The team was put together by the players, who didn’t want to sit around all summer not playing baseball.

“It was the boys,” Johnson said. “They all wanted to play and do something this summer. When they found out about this, they put their heads together and wanted to do it. We’re just glad to get the boys out here playing again.”

Morristown used four pitchers in the game, trying to be careful with arms that have not been stretched out in two months. Daniels, a member of the Lakeway Christian baseball team, got the start and threw three innings, allowing just one hit and striking out the side in the first and third innings.

“We have a couple kids who play on the weekends, so we have to be mindful of how much they throw,” Johnson said. “You don’t want them out there throwing 100 pitches. I am not trying to wear them out, they haven’t played baseball in two months. It also gives some other guys the chance to see what they can do.”

It was a slow start for the Morristown offense, totaling just one hit through the first four innings. However, down 4-0, some of the rust seemed to wear off as the Sandlot’s became more patient at the plate.

In the fifth inning, Kelley led off with a single. Then, after a walk to Esten Devault, Kelley came around to score on a pinch hit single from Pete Roche. Morristown eventually loaded the bases but the Riverdogs were able to get out unscathed.

The Sandlots had a chance in the sixth when Joey Johnson led off the inning with a walk. But the Riverdogs pitcher, Chase Lockard, completed the complete game, getting the next three batters out.

“That was a good pitcher,” Johnson said. “It took us a while to figure out what he was doing. He was keeping us off balance and wasn’t throwing very many pitches. Once we did get a couple at bats under our belt, we had more success.”

Morristown will be back in action on Wednesday, taking on the Gatlinburg Gorillas at 7:30 p.m.