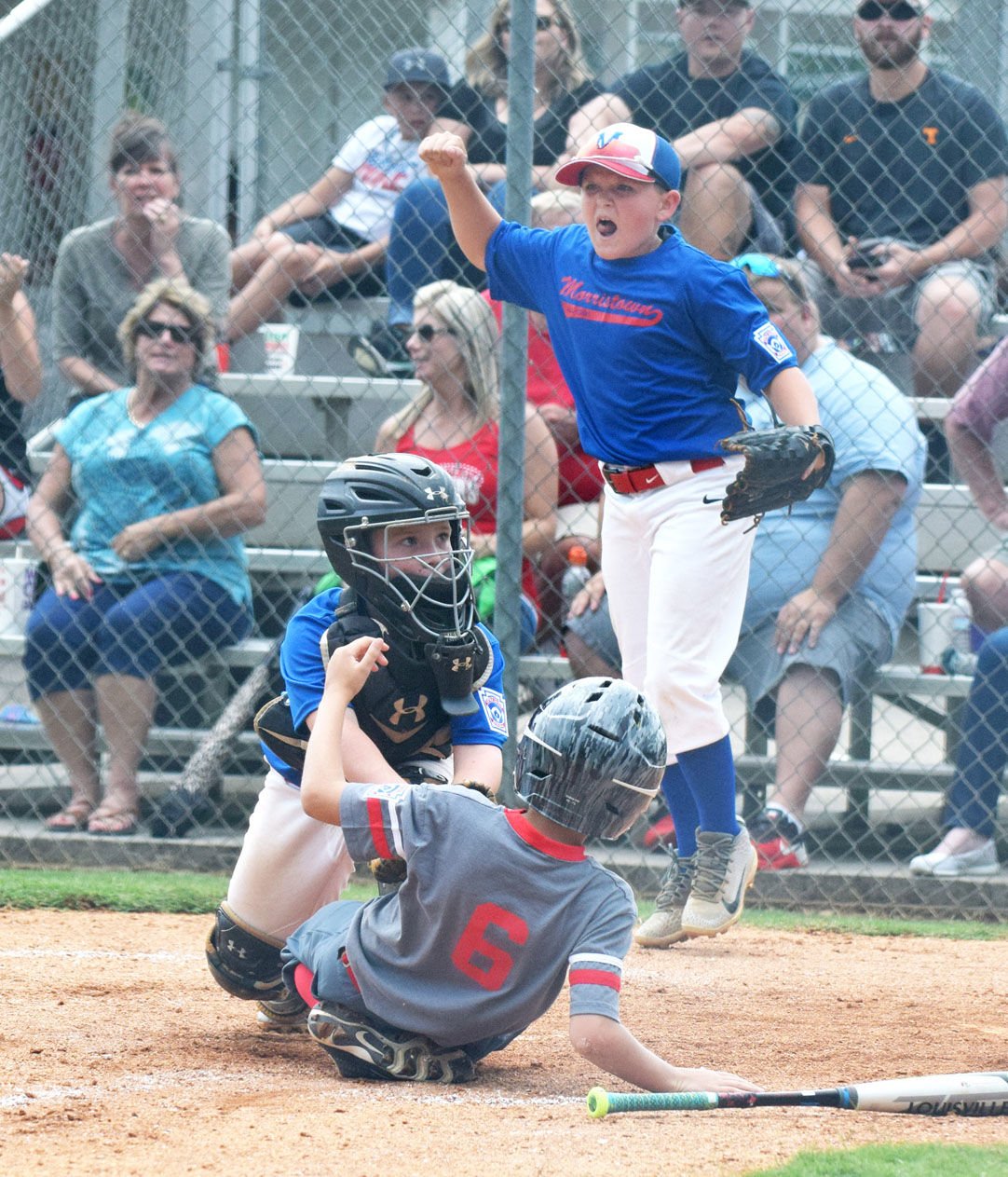 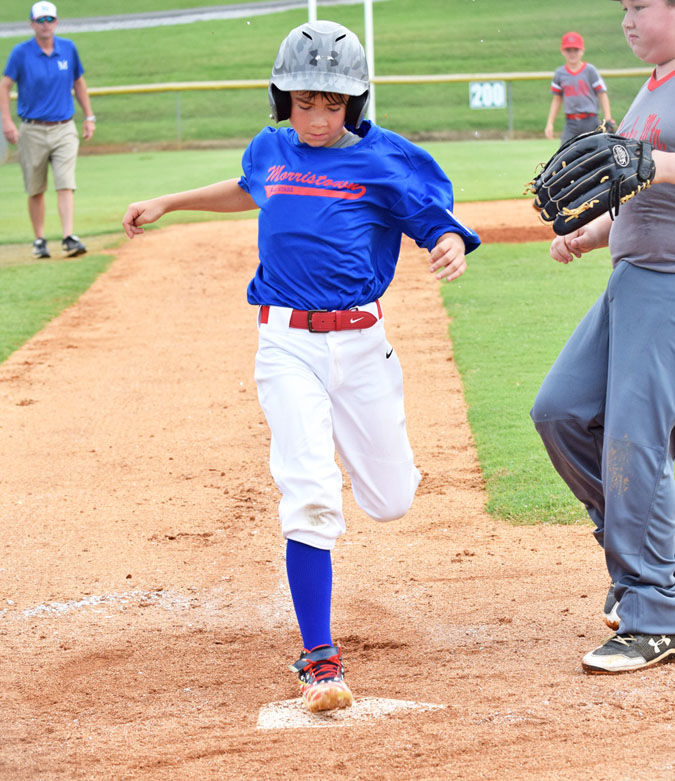 The last five outs of Saturday’s Tennessee 9-10 Little League District 4 Baseball Tournament game had to wait until Sunday afternoon due to heavy rain. But four of the outs came on double plays, the last of which allowed Morristown’s 9-10 All-Stars to finally defeat Smoky Mountain 13-3 in four innings at Field of Dreams.

Upon fielding the ball and tagging the lead runner out at home plate, catcher Hayden Wild alertly fired to third and caught the runner there as well to end the game instantly.

It was the second time in the contest that Wild had tagged the lead runner out at home, the first coming in the third inning when Riley McClellan threw home from third base after a double by Colton Jenkins.

Wild delivered on offense too, batting 2-for-3 with three RBIs in the game while seven different Morristown players collected at least one hit.

Logan Long, who also went 2-for-3 with three RBIs, hammered a two-run triple to right field and was able to score on a throwing error as Morristown took a 4-3 lead to the second inning.

His next at-bat, Long smacked another triple to right-center field for a 9-3 lead before scoring on Hudson Morrison’s RBI groundout to make it 10-3 after two.

“I told Logan before the game ‘I truly believe you’re going to have two or three kids on base every time you come up…I know you’ve got the ability and confidence to handle that spot,’” Wild said of his five-hole hitter.

Urijah Marsingill and Ethan Maples both recorded two hits as well, and Marsingill’s second-inning single allowed Noah Smith to score thanks to a high throw at first base.

After a double by Maples, Wild sent Marsingill home with a ground-ball single before another throwing error allowed Maples to score for a 7-3 lead.

Anderson Fowler and Austin Grooms led off the third with consecutive base hits, and each scored on a wild pitch before Wild laced an RBI double down the left-field line for Morristown’s final run.

Sutton Smith, who matched Fowler and Grooms with one hit, drew a walk and later scored on a wild pitch for Morristown’s first run after Smoky Mountain had taken a 3-0 lead.

“Our bottom half of the first inning was huge,” Coach Wild said. “I think we came out a little flat, maybe a little nervous, probably both and I told our kids ‘we’ll see what you’re made of right now. That’s over so now let’s go and put the pressure back on them.’ The boys didn’t look back after that. It was a totally different look in the eyes of those kids at our next meeting.”

Bryson Whaley got the start and the win after striking out two in 1.2 innings, with Morrison coming on in relief and striking out a pair before Fowler took the mound and struck out one in the final 1.2 innings.

Aiden Butler drilled a two-run home run to centerfield and Brody Hudson plated on a passed ball to give Smoky Mountain an early 3-0 lead.

Draidan Sneed had two hits for Smoky Mountain with Talon Leas and Evan Provencal both adding one.

The first double play on Sunday afternoon ended the third inning as a ground ball hit a Morristown runner before Smoky Mountain threw to first to get the batter out.

Morristown takes on South Jefferson in the winners bracket game tonight, with first pitch set for 6 p.m. at Field of Dreams.