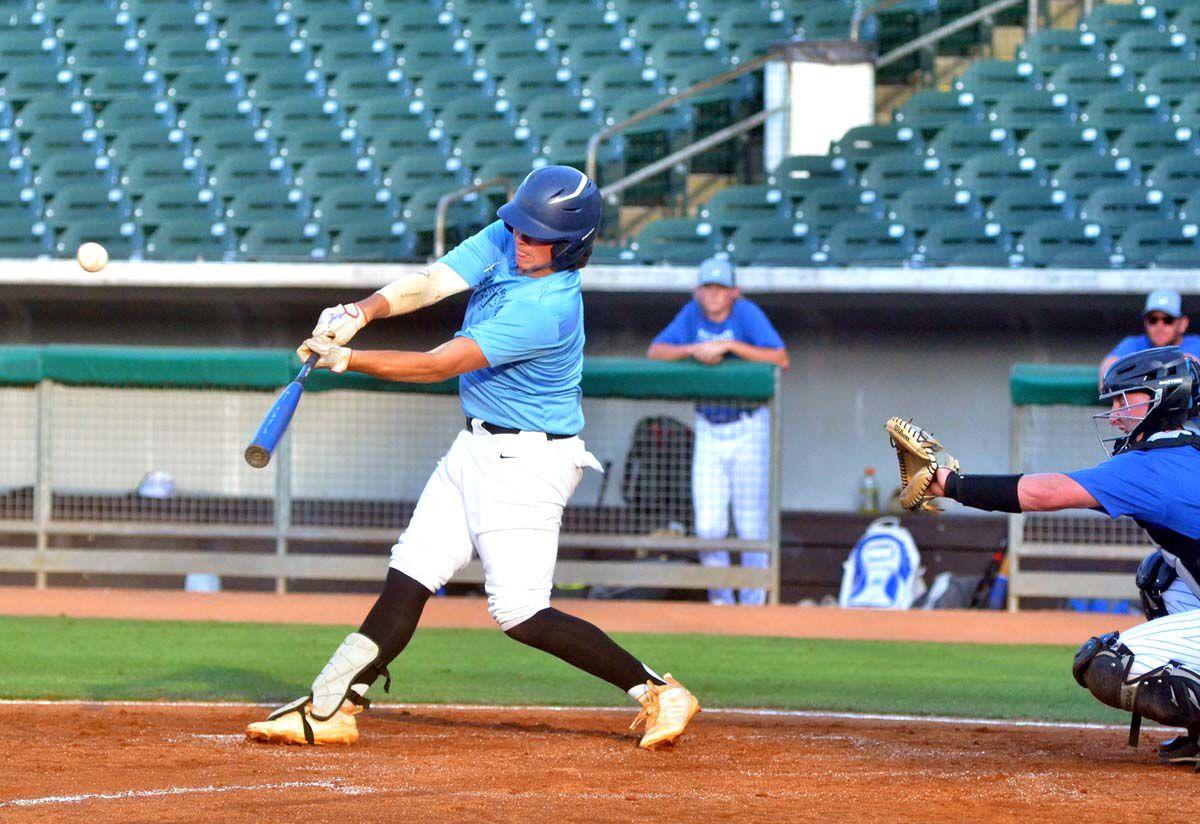 Morristown’s J.J. Johnson sends a ball into the outfield Wednesday night against Gatlinburg in the ETHSBL. 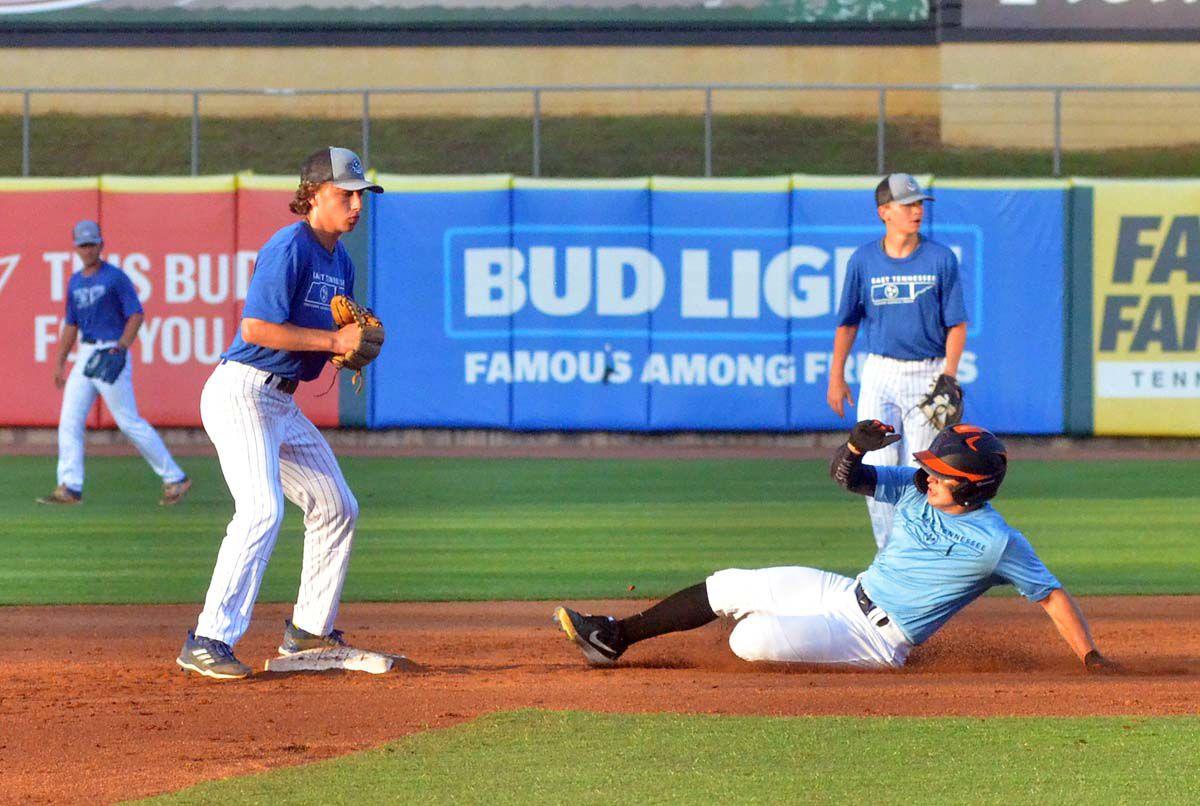 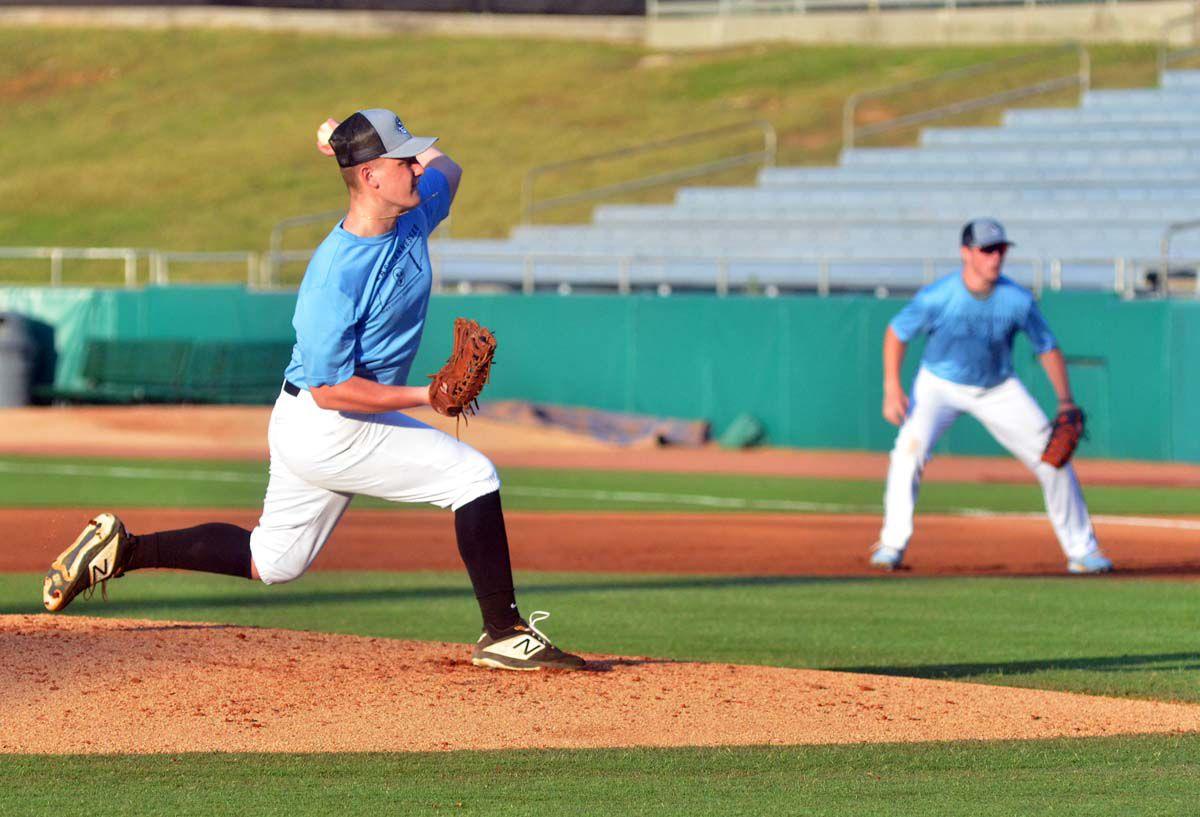 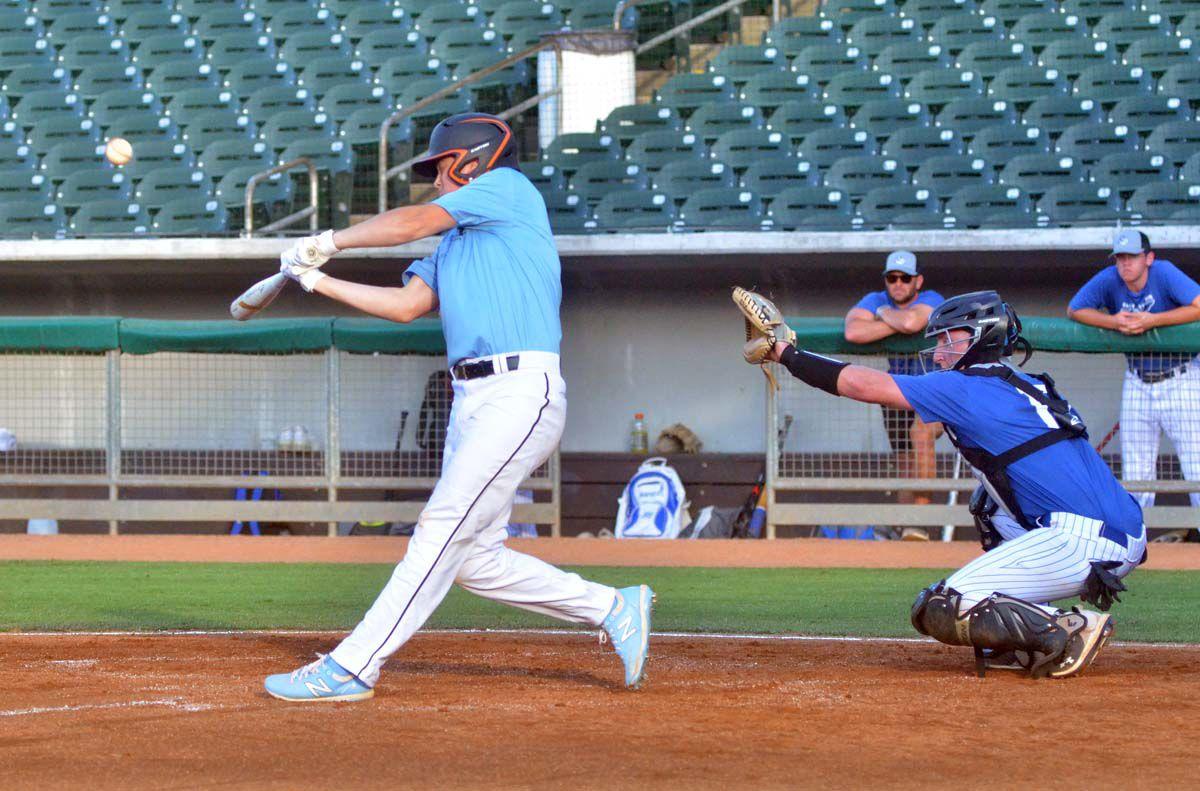 Morristown’s J.J. Johnson sends a ball into the outfield Wednesday night against Gatlinburg in the ETHSBL.

KODAK — One game after opening the East Tennessee High School Baseball League with just three hits in a 4-1 loss, the Morristown Sandlot Baseball team hit the Gatlinburg Gorillas early and often on Wednesday at Smokies Stadium.

The Sandlots (1-1) put up four runs in the first inning and never looked back, picking up their first win,16-0.

“I feel like that with the team we have, we have a lot of great kids from East, West and Lakeway, and I don’t want to say that we’re an All-Star team, because there’s still good kids who aren’t with us, but we have a lot of good kids out here,” Sandlot coach Tim Johnson said. “If we start getting it together and put the bat on the ball and throw strikes, we’re going to be good.”

Morristown scored in all five innings, culminating with a seven-run fifth inning. The Sandlots had 11 hits with Jacob Gossett and Joey Johnson leading the team with two hits apiece. Bryson Kelley finished with four RBIs, including a bases clearing three RBI double in the fifth.

The Sandlots showed their patience at the plate early on, drawing five walks in the first inning. They walked a total of nine times and stole five bases.

“It helped that we got a bunch of walks there in the first inning and got some baserunners,” Tim Johnson said. “We were able to flip the lineup over, and we started seeing some good pitches to hit.”

Along with his two hits, Joey Johnson got the start on the mound, throwing three scoreless innings and struck out six. Esten Devault pitched the final two innings, not allowing a hit.

Johnson and Devault were scheduled to have big years for Morristown East during the high school season. Now, both are getting a chance to show their arms off over the next two months.

“It’s a shame they weren’t able to pitch much in the high school season because I think both were going to have good years on the mound,” Tim Johnson said. “They did what they were supposed to do. They threw a bunch of fastballs, and it worked out really good for them.”

After scoring three in the first on wild pitches and one on an RBI single from JJ Johnson, Morristown added to the lead in the second on a double from Joey Johnson that just landed fair down the left field line. Two batters later, Gossett singled home Pete Roche, who was running for Joey Johnson.

Logan Daniels made it 6-0 in the third and then Kelley singled home a run in the fourth before coming around to score on a wild pitch. In the fifth, Kelley, Roche and Spencer Justice each knocked in runs as 12 players came to bat.

Morristown will be back in action on Monday, taking on Newport at 5 p.m.

“I feel like a lot of these kids have been off for so long so just getting back on the field was different,” Tim Johnson said. “We just have to put them in better positions then we did on Monday. This is the start of it, so I think it will be better moving forward and we’ll be successful.