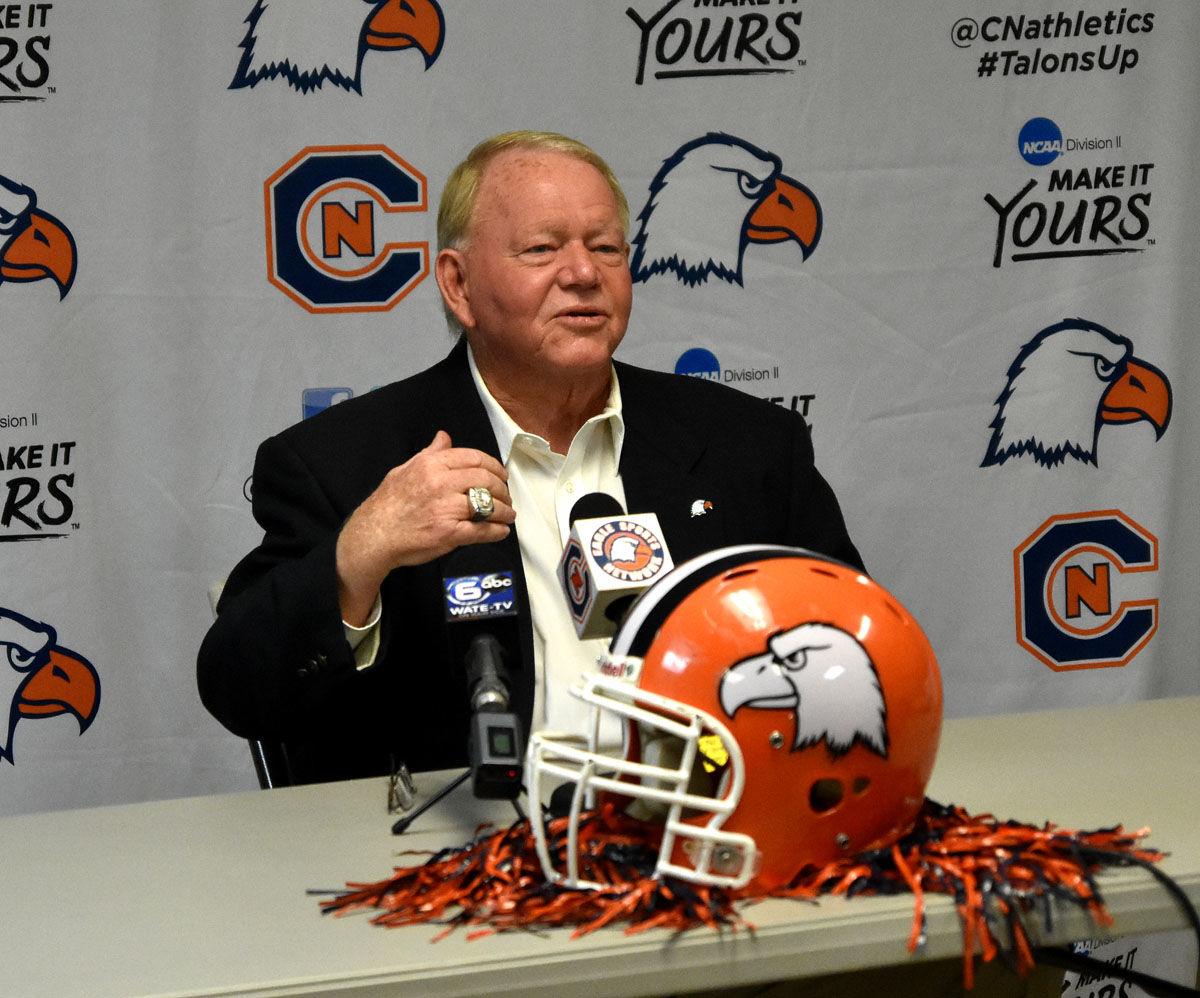 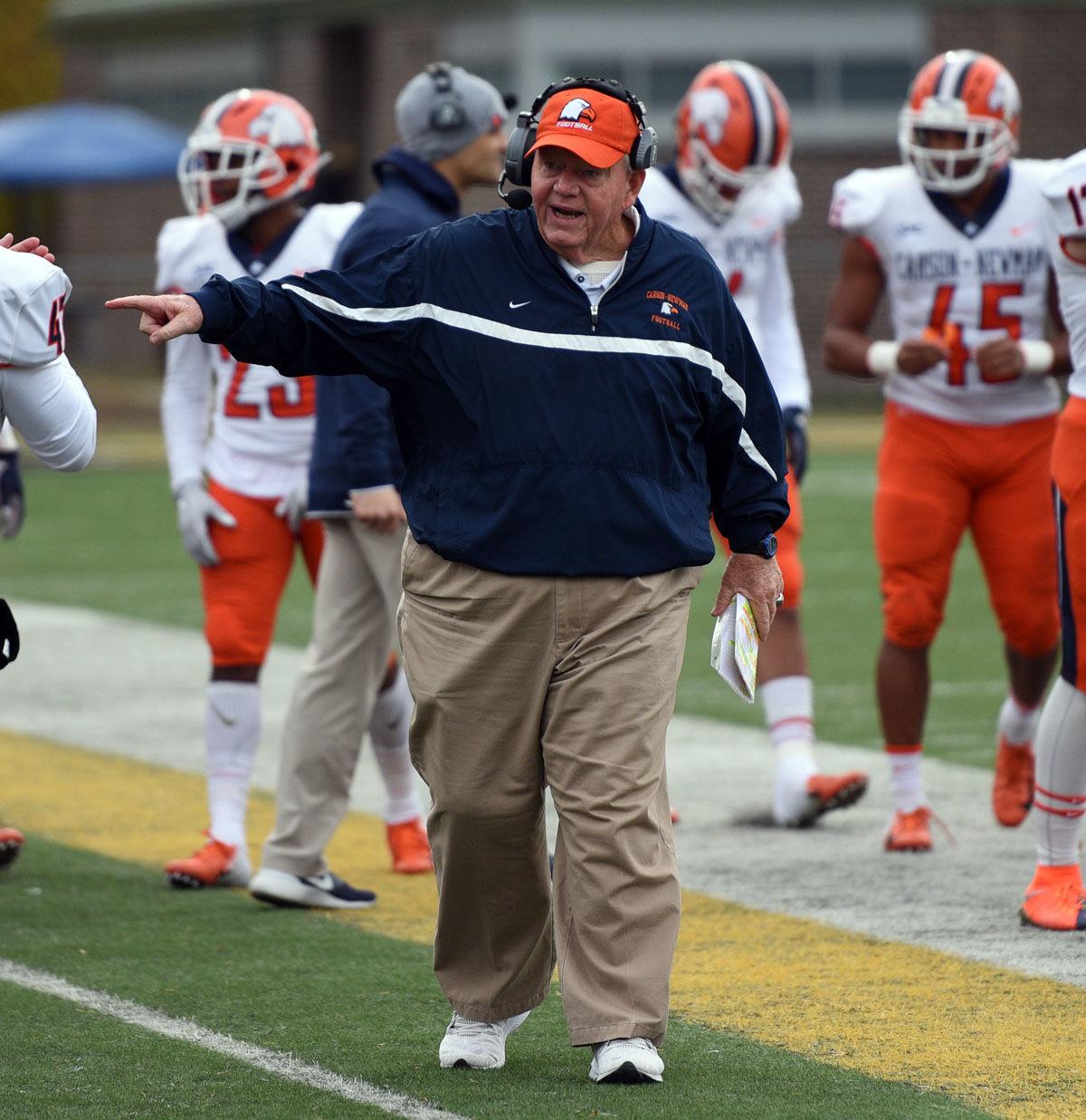 C-N’ Mike Turner coaches his team in their 17-9 playoff win over Bowie State on Nov. 23.

C-N’ Mike Turner coaches his team in their 17-9 playoff win over Bowie State on Nov. 23.

JEFFERSON CITY — His voice cracked and there were moments where his emotions bubbled close to the surface, but the coach wouldn’t let them out. Saying simply, “It’s time,” Carson-Newman head football coach Mike Turner announced his retirement at a press conference in the Eagle Room under Burke-Tarr Stadium Monday afternoon.

“This has been much more than a job and much more than a career,” Turner said. “It has been a ministry as a coaching staff. It’s brought many great blessings to me as a man, and it’s been a great blessing to me and my family to be a part of this. Every morning, I would go out onto the balcony overlooking the field and pray that those kids would be better every day as a player, as a man and better in their relationship with the Lord. I’ve come to peace with that and see that’s it’s time to go to the next step in my life. I trust in the Lord that he’s got a great adventure for me left in my life.”

Turner coached at Carson-Newman for 36 of his 46 coaching seasons. He took over as the head coach in Nov. 2016 after the retirement of legendary coach Ken Sparks, whose name adorns the football complex and sits atop the NCAA coaching record books.

Turner served as assistant under Sparks for 33 years and was offensive coordinator on all five NAIA National Championship teams.

“There have been some great men that have come before me at Carson-Newman University,” Turner said. “To have relationships like you have as the head coach with these kids has been a great blessing in my life.”

Turner inherited a program on the ropes. The Eagles finished 4-7 in 2016, only the second losing season of Sparks’ tenure. C-N lost four of its last five games to end that season.

In his first year as head coach, Turner led Carson-Newman on a resurgence, finishing 8-3. A 7-4 season followed in 2018 before the Eagles returned to the postseason for the first time since 2015 this past year, finishing 9-3 and making it to the second round of the NCAA Division II Playoffs.

“Three years ago when I made the decision to make this move, the No. 1 goal was to make sure those kids had a chance to grow in their spiritual walk with the Lord and to get this program back to where it should be as a contender for a national championship,” Turner said. “I think this year was a great start. I think Carson-Newman is in a better place. It’s on solid ground right now. I’m expecting great things to happen.”

Turner was the 18th head football coach in C-N’s history and ends his career with a 24-10 overall record and a 1-1 mark in the postseason. In all, as a player and coach, Turner spent 38 seasons at Mossy Creek, compiling a playing and coaching record of 346-95.

The decision to retire wasn’t an easy one, but it also didn’t take long for Turner to come to the conclusion it was time to move on. Shortly after the season ended in the playoffs in a 49-21 loss to Lenoir-Rhyne, the coach did some soul searching.

“I’ve been in prayer in the last week or so,” Turner said. “After that game (the L-R loss), I wanted to make sure we had everything wrapped from 2019. Take a chance to go out with our seniors and have dinner together. And then spend a few days praying about this decision… I’ve come to peace with that. It’s now time to go to the next step in my life.”

That next step is enjoying his family life, spending time with his two children and grandchildren and, according to Turner, getting reacquainted with his wife Conni.

“I’ve got a beautiful wife I’m looking forward to getting to know again after 46 years of coaching,” Turner said. “She’s been a great wife to me and a great person to be in my life to keep me steady.”

Carson-Newman vice president of athletics Matt Pope stated that the search for Turner’s replacement, both internally and externally, was underway but the impact Turner had on the program will be lasting.

“This news is very tough to hear, but today is also a great time in our history to recognize and celebrate a head coach and his family that have done such a wonderful job for our student-athletes and meant so much to Carson-Newman University,” Pope said. “While Mike has a tremendous command of the veer, what is most important is that Mike shares his Christian witness as a leader of men. The hallmark of great coaching is to leave a program better than you found it. Mike Turner has certainly done that spiritually, academically and athletically. Carson-Newman University and specifically, our football program, is deeply grateful for all that Mike has done.”

For Turner, a new adventure awaits outside of coaching for the first time in his adult life. Still, he won’t be far away from the Eagles football program.

“I’ll still be the biggest fan that Carson-Newman ever has,” Turner said “…I’ll always be an Eagle forever.”