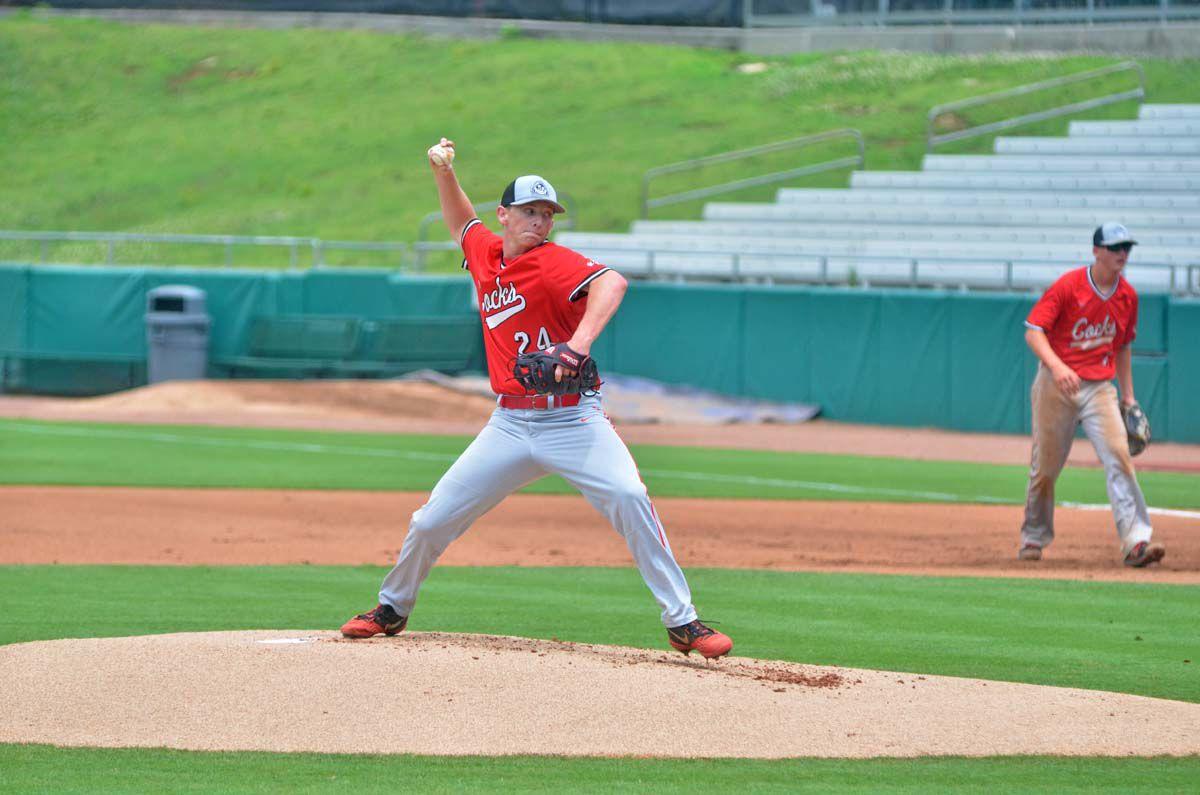 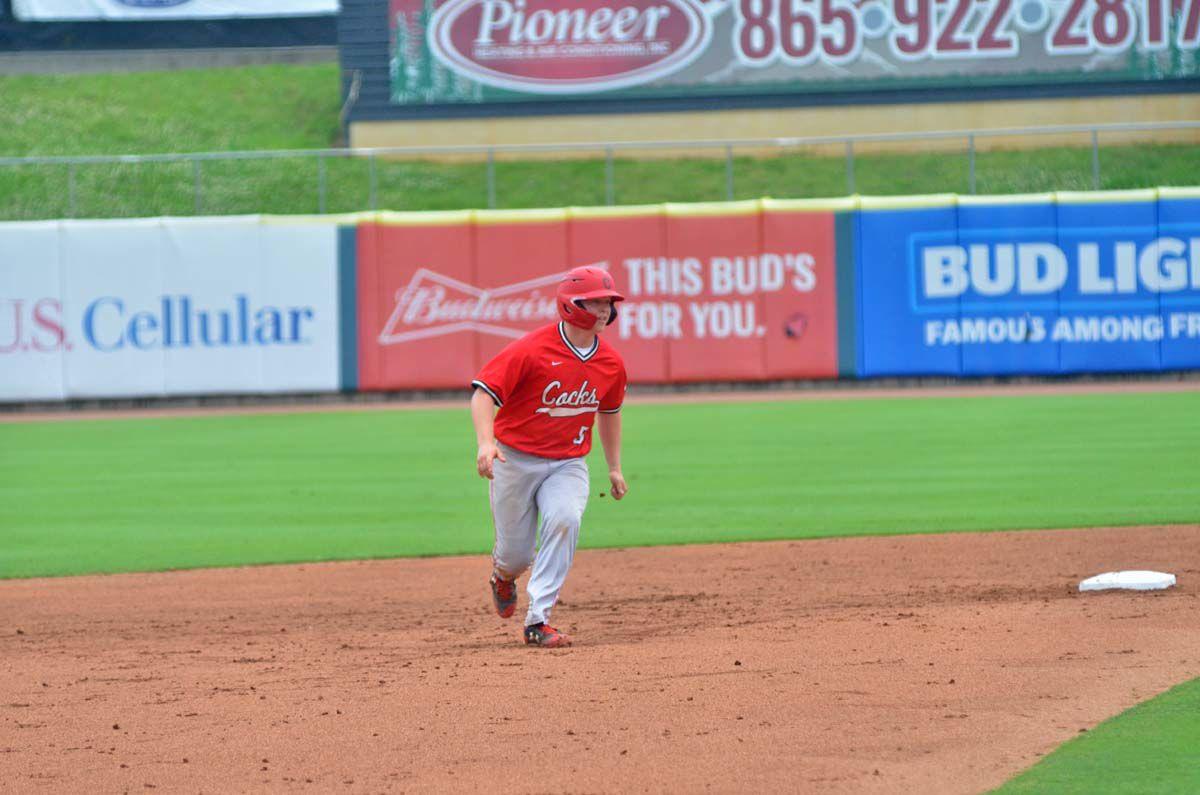 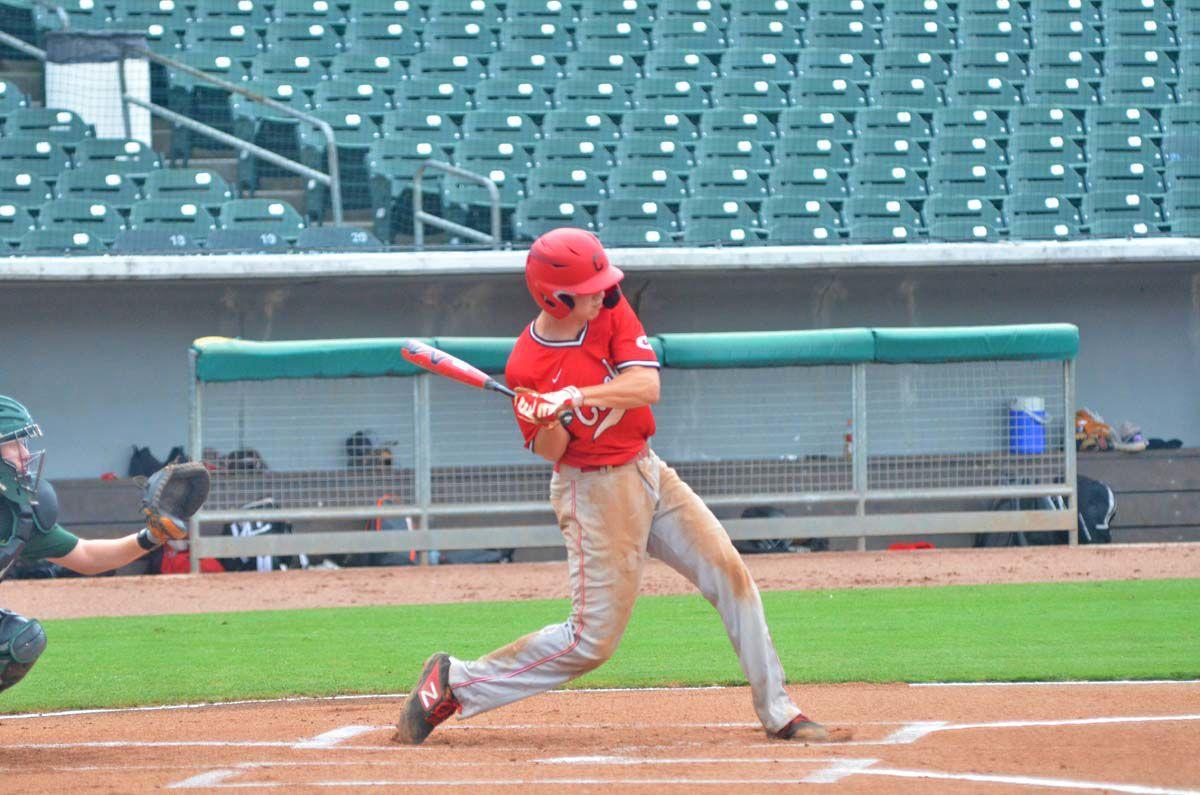 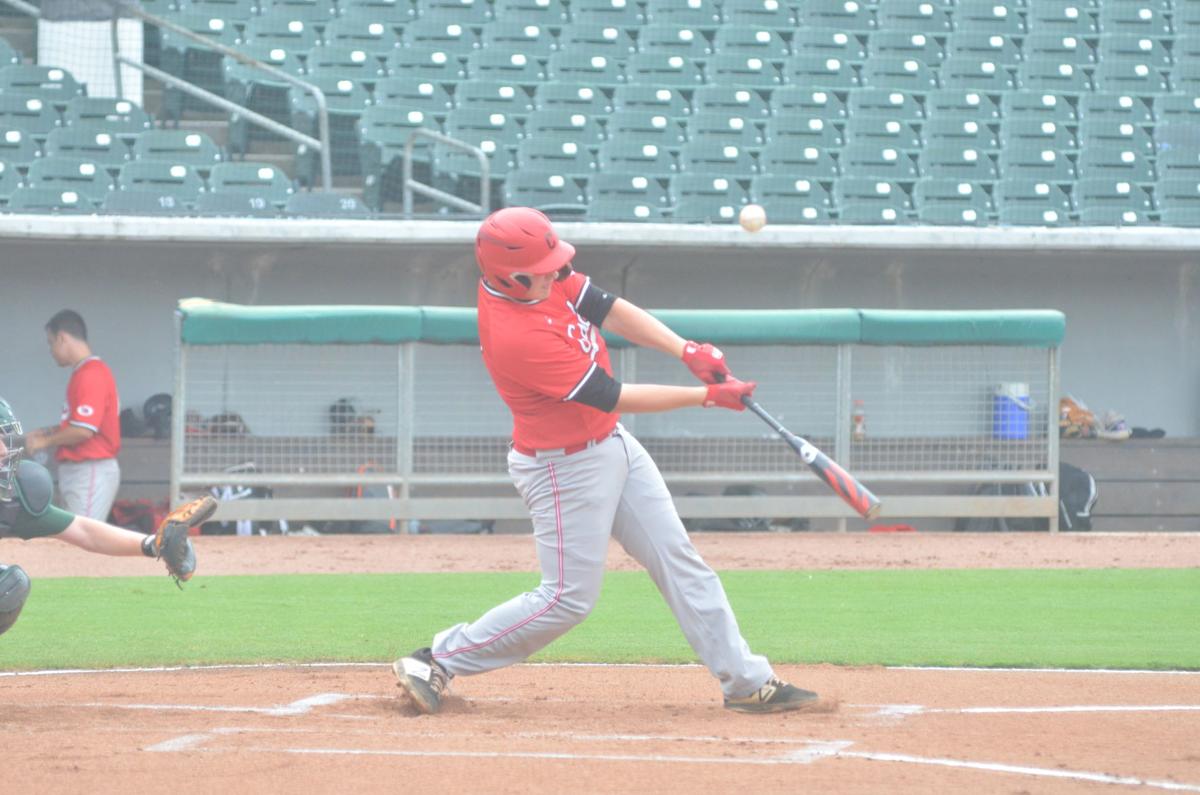 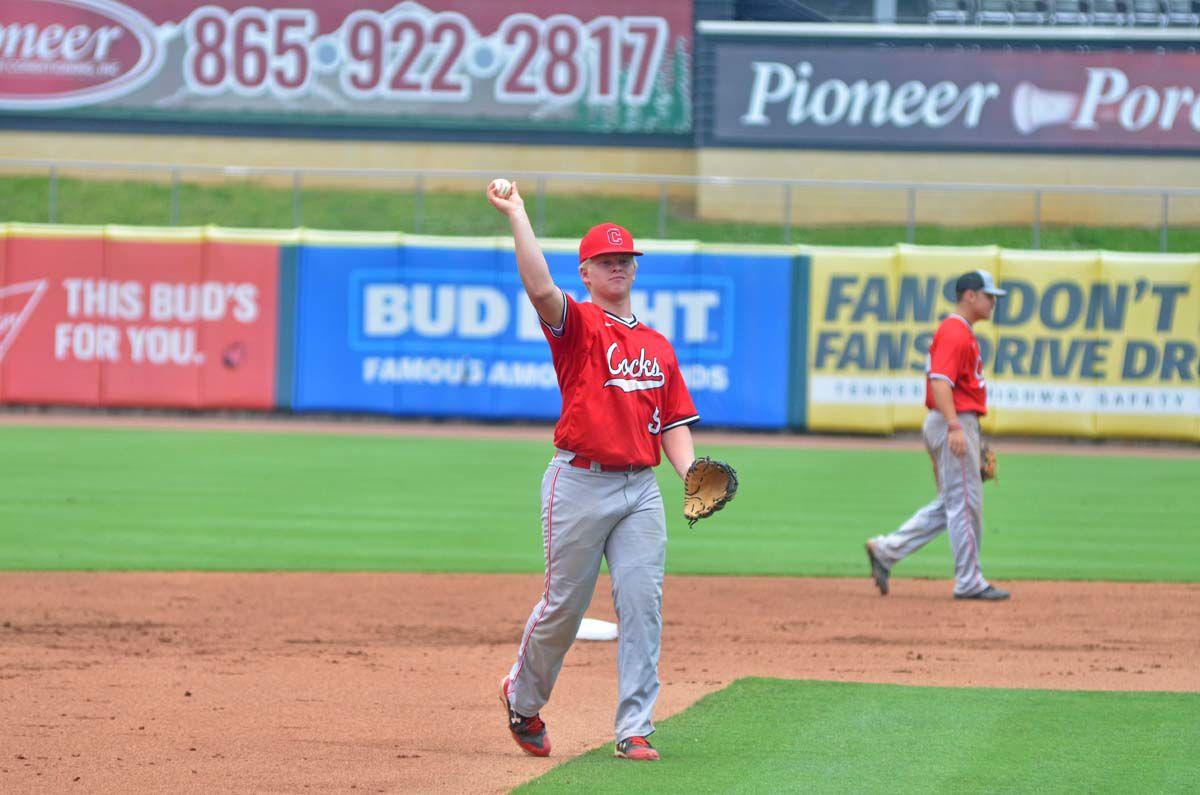 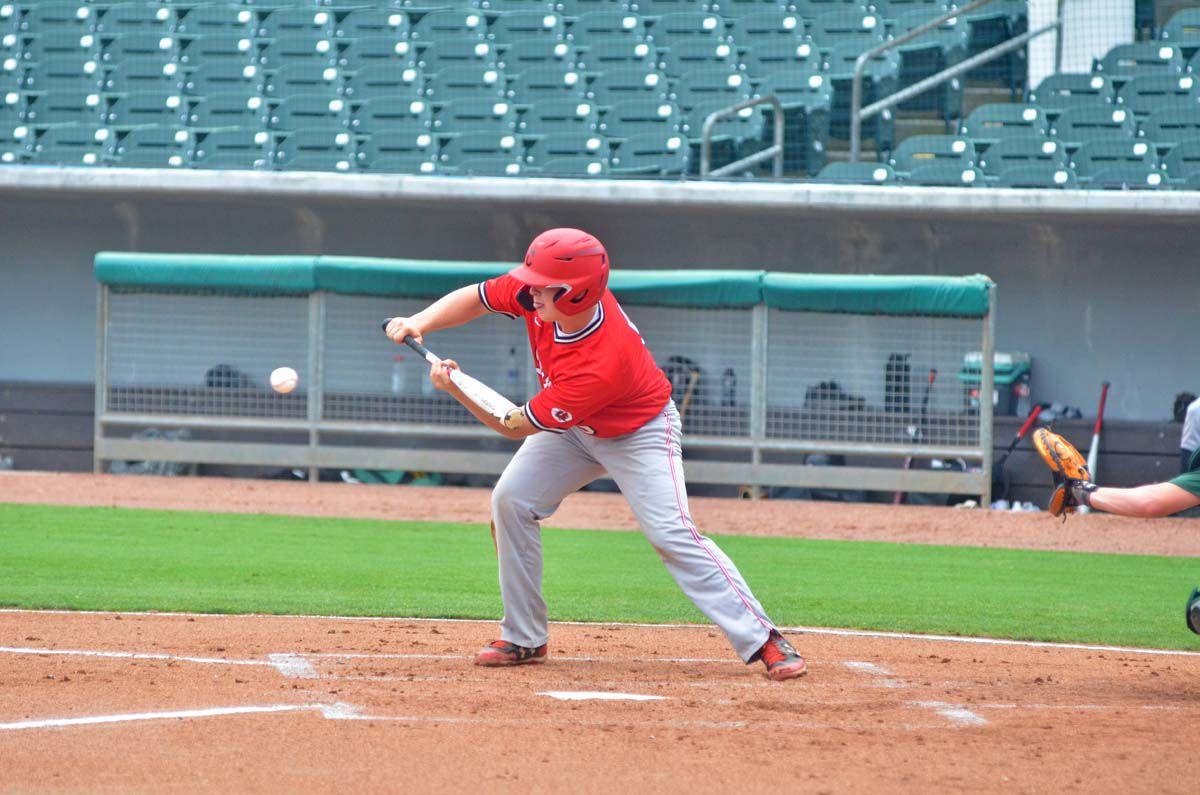 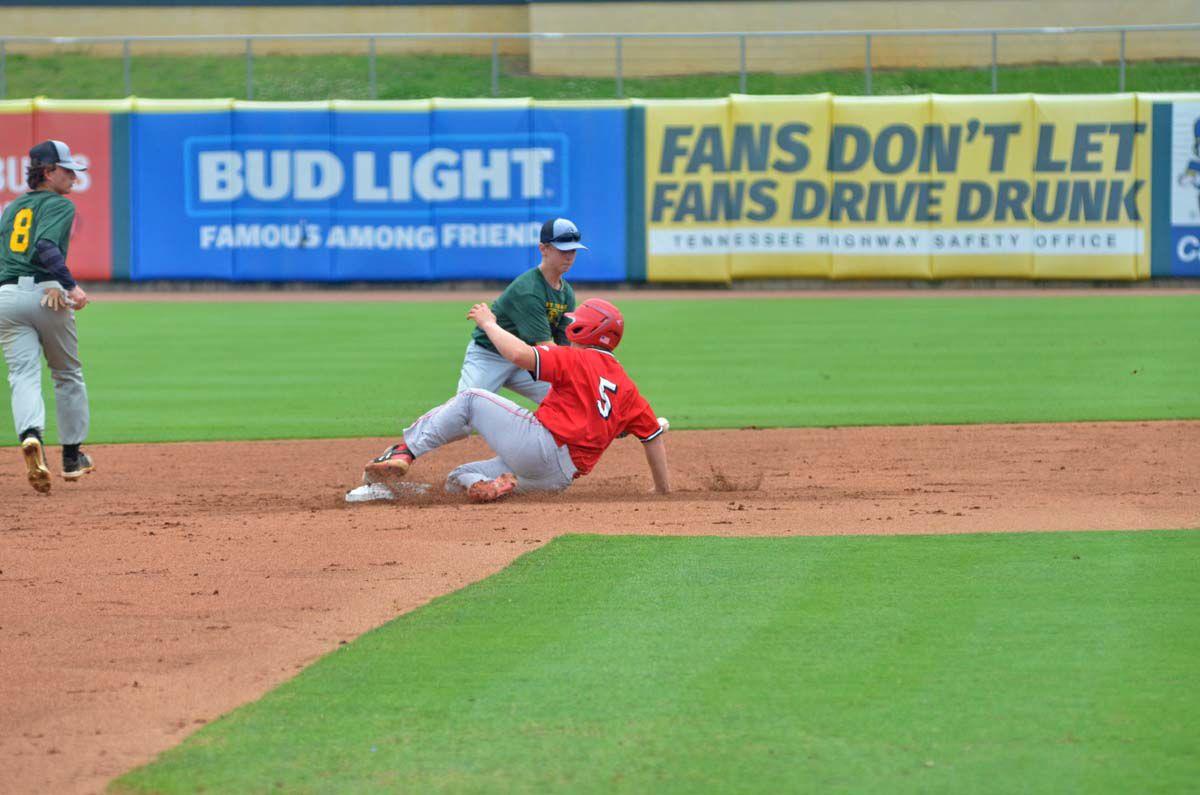 For the first time all game, the Newport Cocks had the momentum.

The Cocks had trailed for the majority of their Tuesday afternoon game against the Kodak Wildcats at Smokies Stadium. However, down four to begin the top of the seventh, Newport rallied and had the lead down to 8-7 with runners on first and second.

Zac Cortez, the runner on second for Newport, took off on the pitch, stealing third with ease. But Cortez switched hands and, with the tag still being applied, Cortez was called out to end the game.

“He told me he swapped hands,” Newport’s Alec McCampbell said. “I didn’t think he was in position to see it, but it is what it is.”

Hunter White led off the seventh with a single and scored on a Bryce Click single. With the bases loaded after a walk and a hit by a pitch, Zeke Ramos singled home two runs to make it 8-7. But that was all the Cocks could get. Bryce Click got the start for Newport, throwing 5.2 innings and allowing eight runs, four earned. It was Click’s defense that let him down as the Cocks had seven errors in the first four innings.

“Bryce did well for us on the mound,” McCampbell said. “He did exactly what we wanted him to do. We had too many errors in the field. The defense didn’t back him up.”

For the most part, Newport shut down the Gatlinburg order with the exception of their leadoff batter, Jacob Coarsey, and two-hole hitter and starting pitcher Jonathan Webster. Coarsey had four hits in the game and was a home run shy of the cycle.

Webster was just as good as his counterpart with three hits, two of them being triples, and four RBI. Webster also started on the mound, throwing the first five innings, and came back in to record the final out of the ballgame.

Newport got off to a quick start as White singled to start the game. White then stole second and third before a groundout from Click knocked him in for the first run of the game.

Newport will be back in action on Wednesday night, taking on rival Jeff County. It will be the final game that McCampbell will coach as the dead period ends this week.

KODAK -- With a full squad available for one of the first times all season, the Morristown Sandlot baseball team showed just how good of a tea…