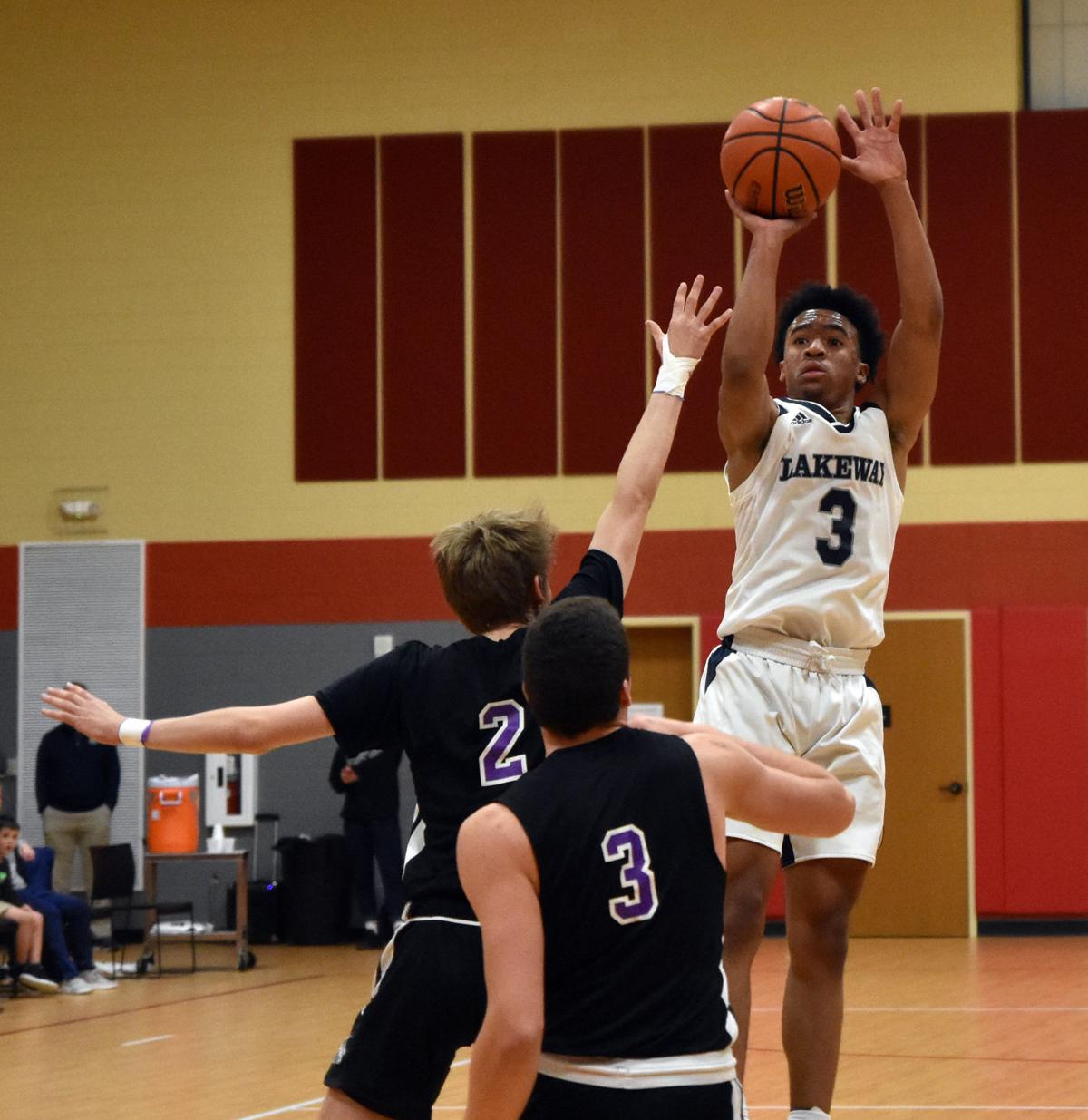 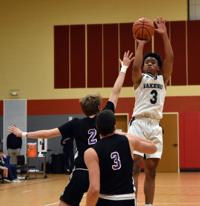 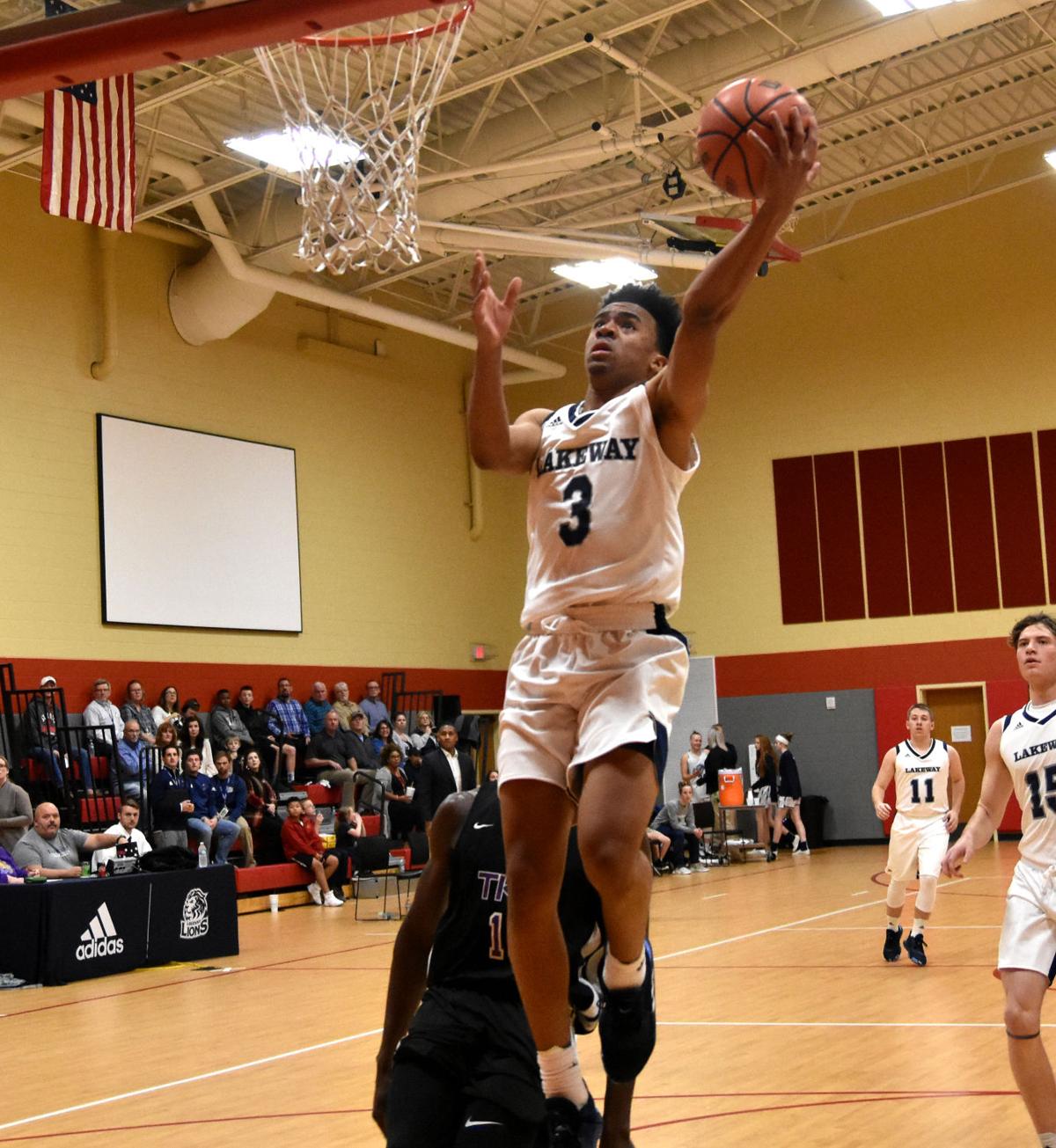 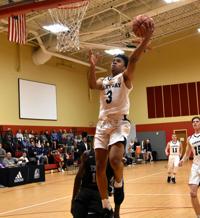 Dante Harris has experienced a senior season for the ages. After opening the year by announcing his commitment to play basketball at Georgetown University, the Lakeway Christian senior point guard gets to close the season as a finalist for the TSSAA’s Division II-A Mr. Basketball award.

Harris was announced as one of three finalists, along with Alex Anderson of Tipton-Rosemark and Moussa Cisse of Lausanne Thursday afternoon. Harris was humbled by the honor.

“It couldn’t have been possible without God,” Harris said. “When you put Him first, anything is possible. That’s how I live my life. When I put Him first, the sky’s the limit.”

Harris spends a lot of time in the sky firing in points for the Lions. At the time of his nomination, Harris was averaging 32.6 points and 9.3 assists per game. He’s eclipsed over 2,500 points in his high school career.

“It always makes a coach proud when you see your players get honored for the hard work they put in,” Lakeway Christian coach Curtis Staples said. “He (Harris) has definitely put in a lot of hard work to receive this accolade.”

The Mr. and Miss Basketball awards will be presented on March 10 at the Murphy Center on the Middle Tennessee State campus. Three finalists from each TSSAA division are selected, with one from each earning the honor.

The last player from the Lakeway Area to receive a nomination for Mr. or Miss Basketball was Grainger’s Allison Hodge in Class AA 2014. Taylor Hall from Morristown West was nominated and won the Class AAA award in 2010.

For Harris, it’s just one more spotlight in a season full of them. It’s attention his coach feels he’s taking in stride and using for personal growth.

“I think he’s done a remarkable job on how he’s handled everything this season,” Staples said. “When he came (to Lakeway Christian) a year ago, he was very shy. He didn’t like to speak much to the media or talk about his game. Now he’s very much energized and become a social butterfly in the Lakeway community. He’s been able to handle all the stresses, from the school side to the basketball side of it.”

Harris isn’t done yet. There are still two regular season games on Lakeway Christian’s schedule, including a rematch Friday night with KACHEA at Cornerstone Academy at 7:30 p.m. Then it’s on to the postseason where Harris and the Lions will get the chance to defend their National Association of Christian Athletes national title. The goal is to bring another trophy back to the school he’s called home for the past two seasons.

“That’s always the goal,” Harris said. “You want to cap off the season with a championship. With this (nomination) being added onto it, it would be great. I built a bond with this school since I’ve been here. Ever since I stepped in here, they’ve treated me like I was a part of the family. I was very appreciative for that.”

Though Harris’ career is wrapping up with the Lions, Staples knows his presence will endure with the program he helped put on the national map.

“He (Harris) will leave a great legacy,” Staples said. “This was just his second year at the school and to have so much success early is definitely something that will be here forever. You couldn’t start it off better than what he’s done and what God has blessed us with here at the school. He’ll do even better at the next level and I’m looking forward to see him build on what he’s started.”