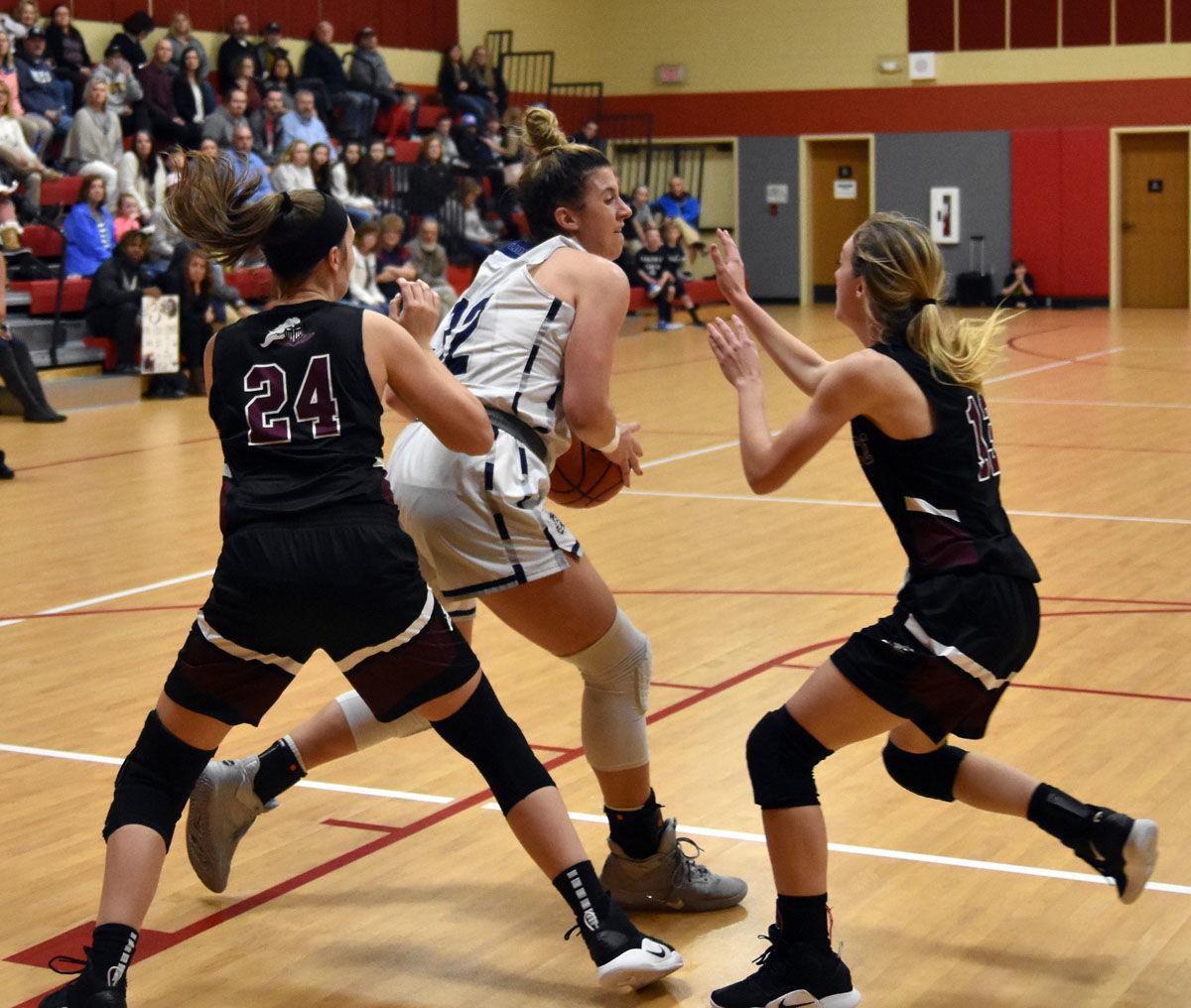 Lakeway Christian’s Maggie Vick hauls in a rebound while getting fouled against Providence Tuesday night at Cornerstone Academy. 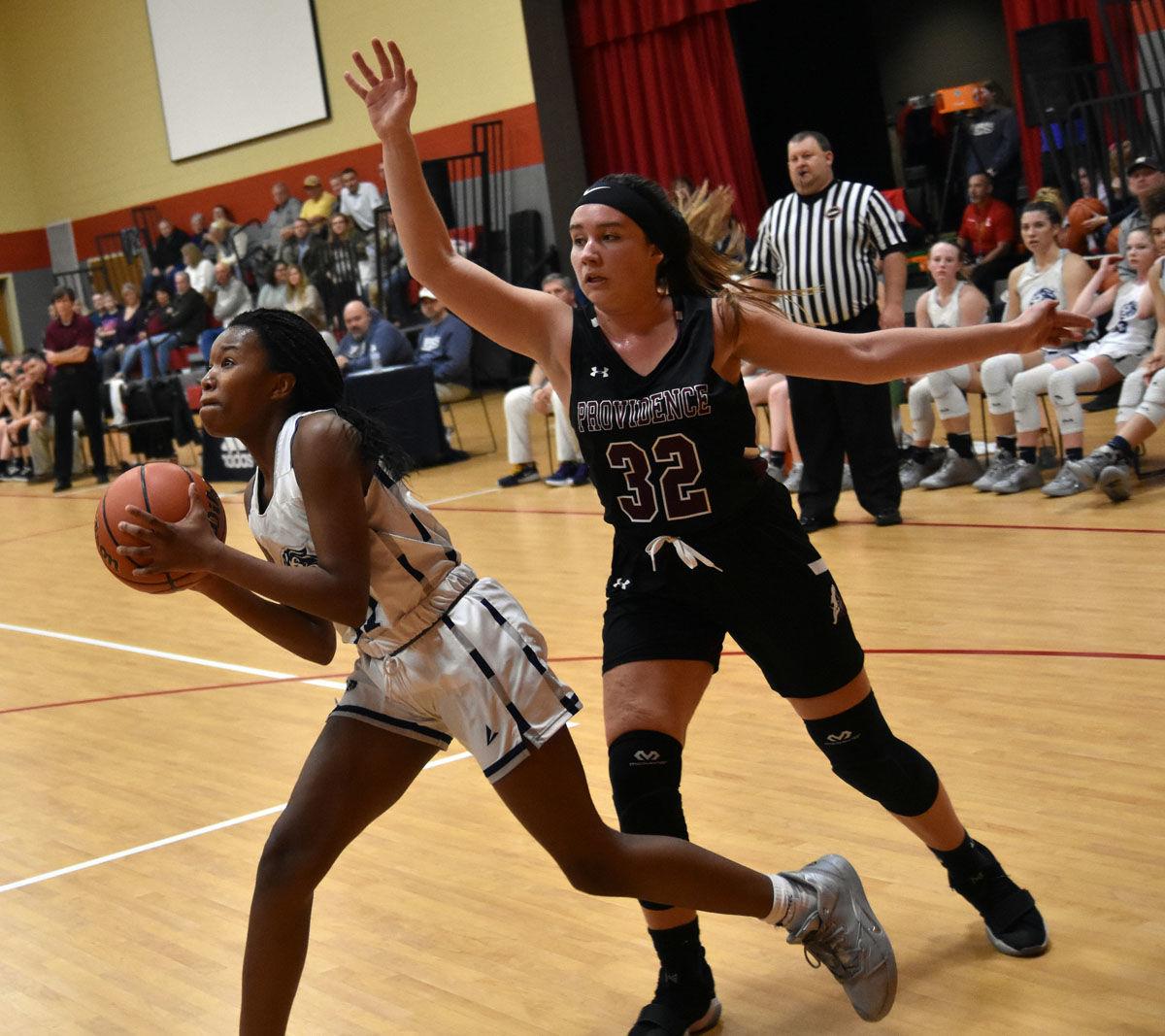 Lakeway Christian’s Maggie Vick hauls in a rebound while getting fouled against Providence Tuesday night at Cornerstone Academy.

There was no question about the game’s final outcome as the first period drew to a close, but for the Lakeway Christian girls basketball team, the regular season finale victory over Providence gave them one more chance to share the ball and prepare for the offseason. The Lady Lions emptied the bench and put every player on the floor in 90-14 victory over the Lady Knights.

“We’ve been three-four and nearly five kids in double figures for the year,” Lakeway Christian coach Randy Coffman said. “Our kids have really shared it. We’re averaging almost 18 assists a game. That’s big for us. We have to be a team that shares the basketball.”

After finishing the regular season on a four-game winning streak, the Lady Lions will begin their NACA tournament campaign on Feb. 26 in Dayton. Tuesday’s game gave Coffman a chance to send his lone senior, Lexi Bowen, off in style. Bowen scored 19 points.

“This is a senior that’s been a spark player off our bench for most of the season,” Coffman said. “She gets out there tonight and shoots the lights out of it. I’m so proud of her and what she’s taught our team about being selfless. She’s a strong kid to come off the bench and be a catalyst and big piece of that puzzle. She’s bought into that role.”

The opening period was a barrage of points for Lakeway Christian. The Lady Lions put in 31 thanks to threes from Kayle Yates, Bowen, Madi Hawk and Jordaynia Ivie. Defensively, they were in complete lockdown and held Providence to just a single point, a free throw from Mary McCallister.

“I feel like we’re playing some of our best basketball right now,” Coffman said. “We’ve had some roller coasters and at the end of the season you’re going to have some peaks and valleys. We have our kids heading in a good direction heading into NACA nationals next week.”

Coffman called off the dogs, but it did little to help Providence keep the game competitive. Christen Sholes was the Lady Knights’ only real scoring threat, putting in 13 of the team’s 14 total points in the game.

To contrast, the Lady Lions had four players finish in double figures. In addition to Bowen’s 19, Ivie finished with a game-leading 22, Hawk scored 15 and Yates put in 14.

Maggie Vick, playing limited minutes, scored eight as the team bid farewell to the hardwood at Cornerstone Academy for the final time. Next season Lakeway Christian will play on its own campus in White Pine.