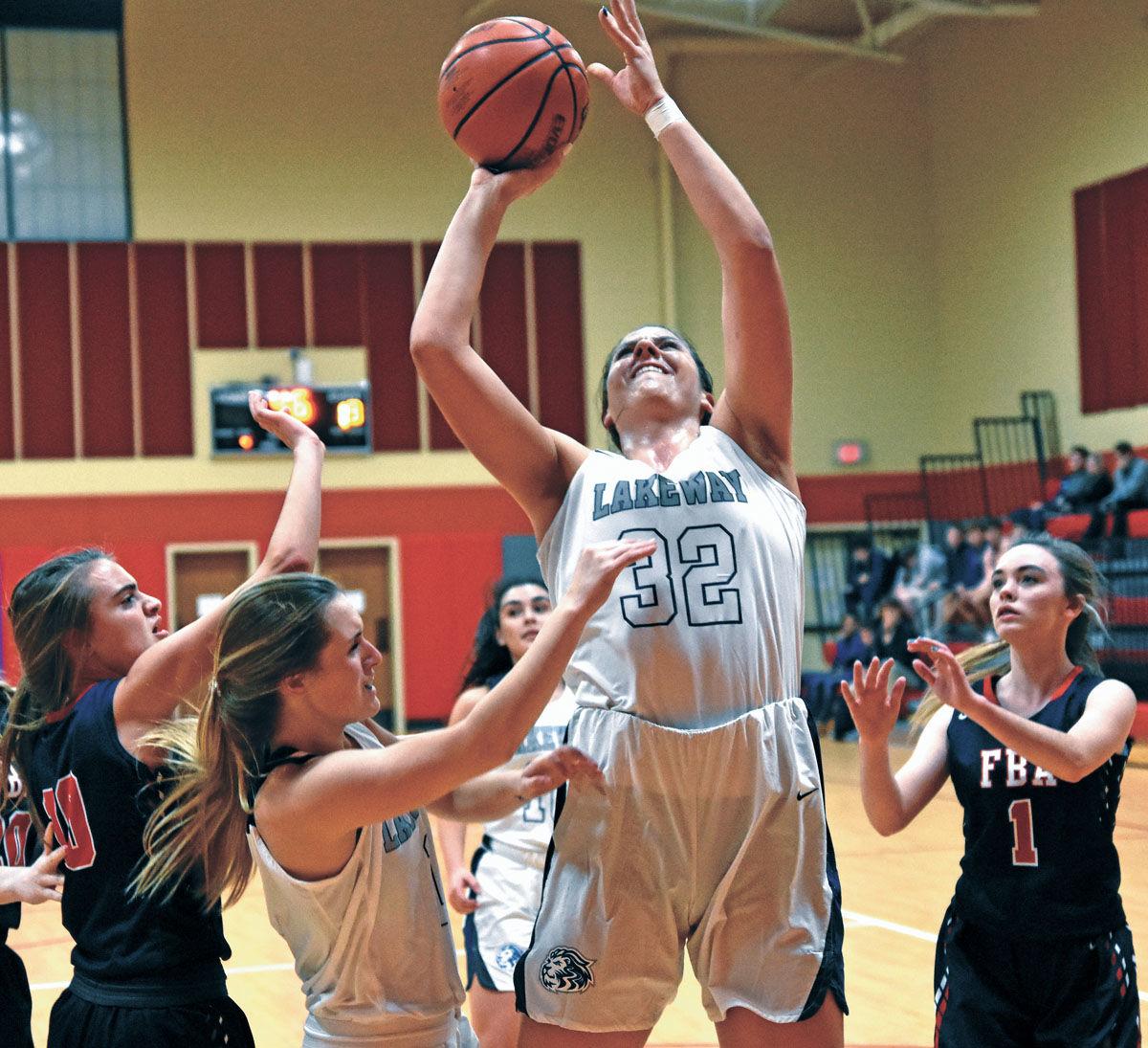 Lakeway Christian’s Maggie Vick (32) goes up for a shot against First Baptist Academy on Thursday night. Vick led all scorers in the game with 20 points. 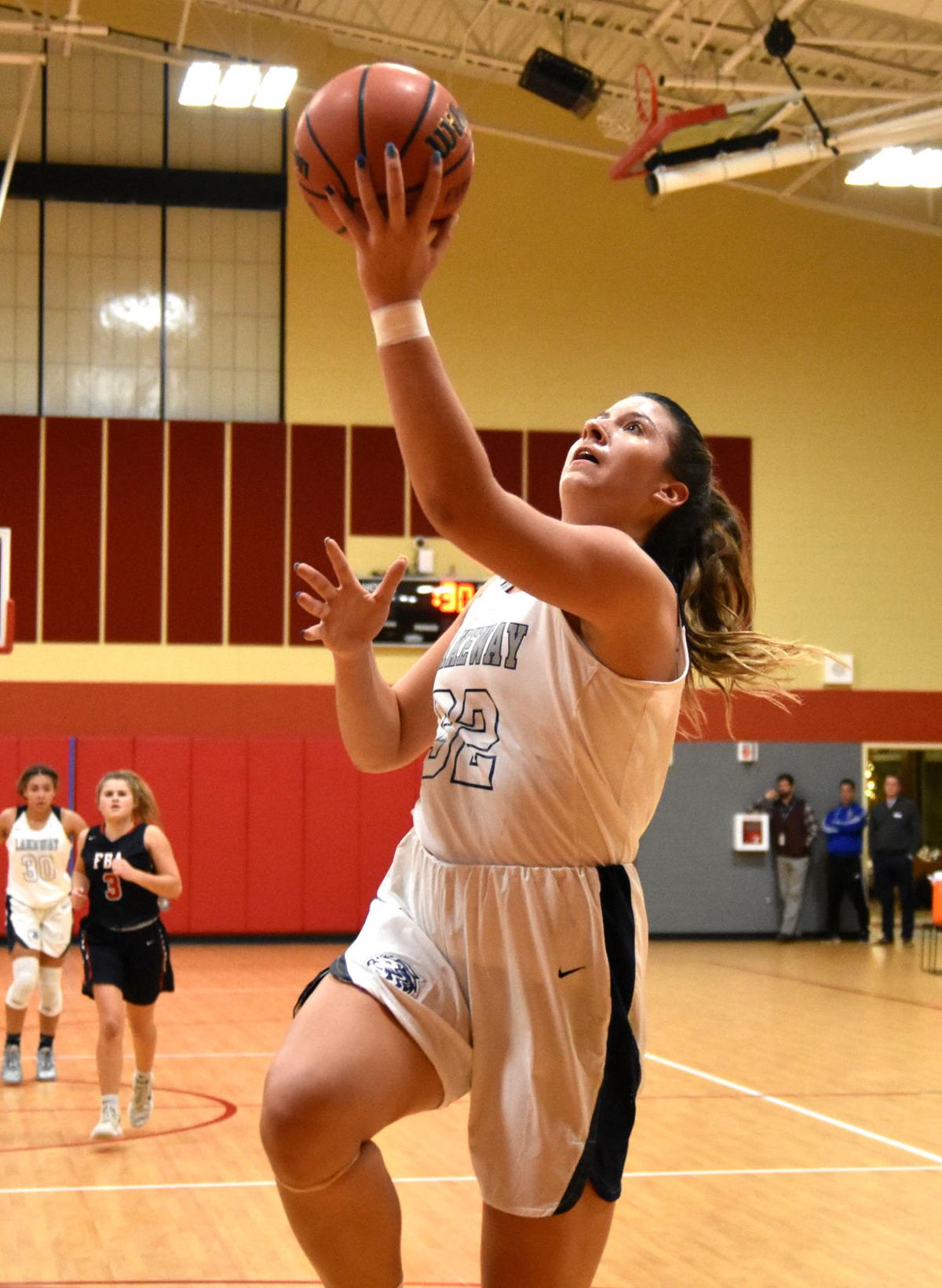 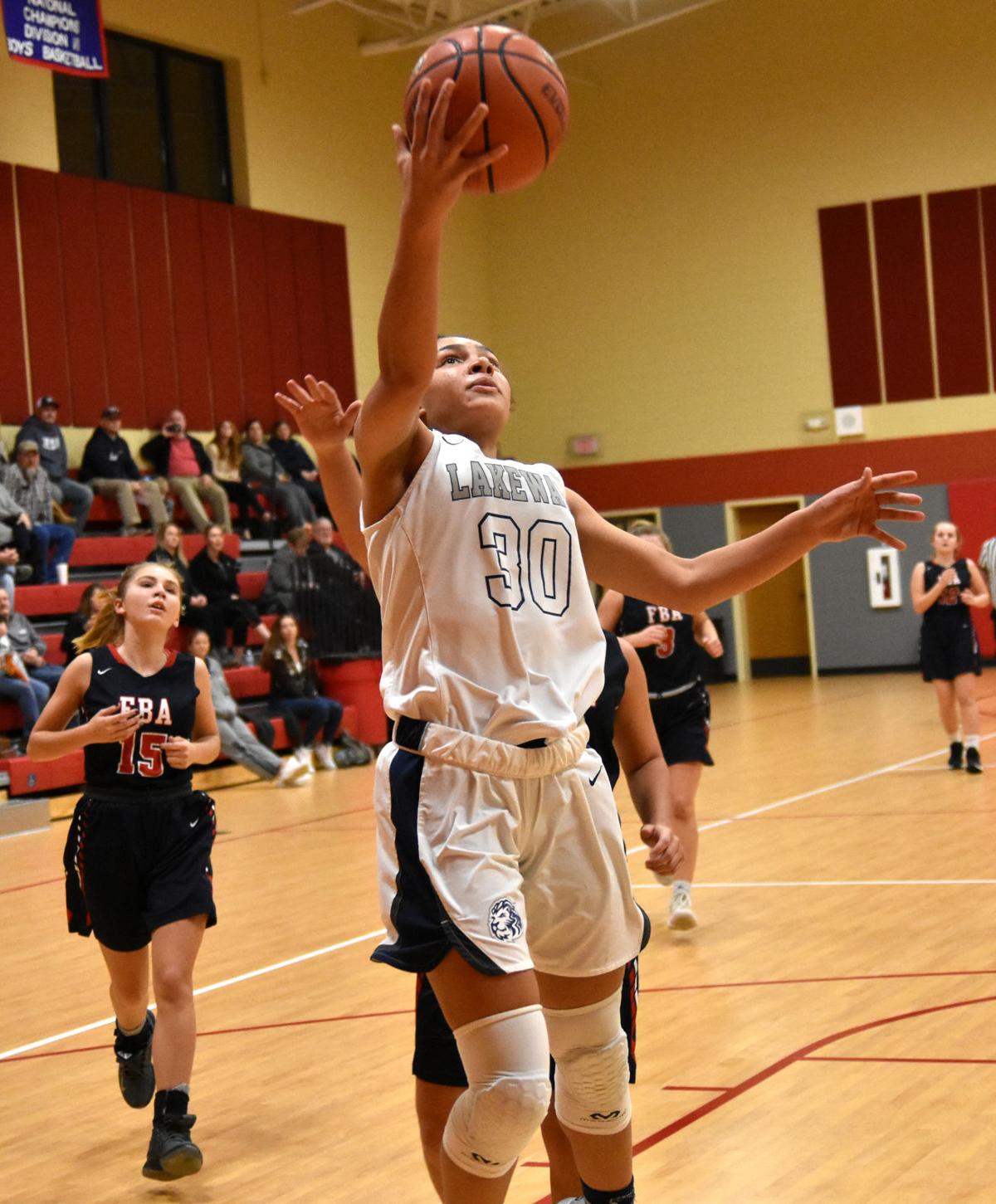 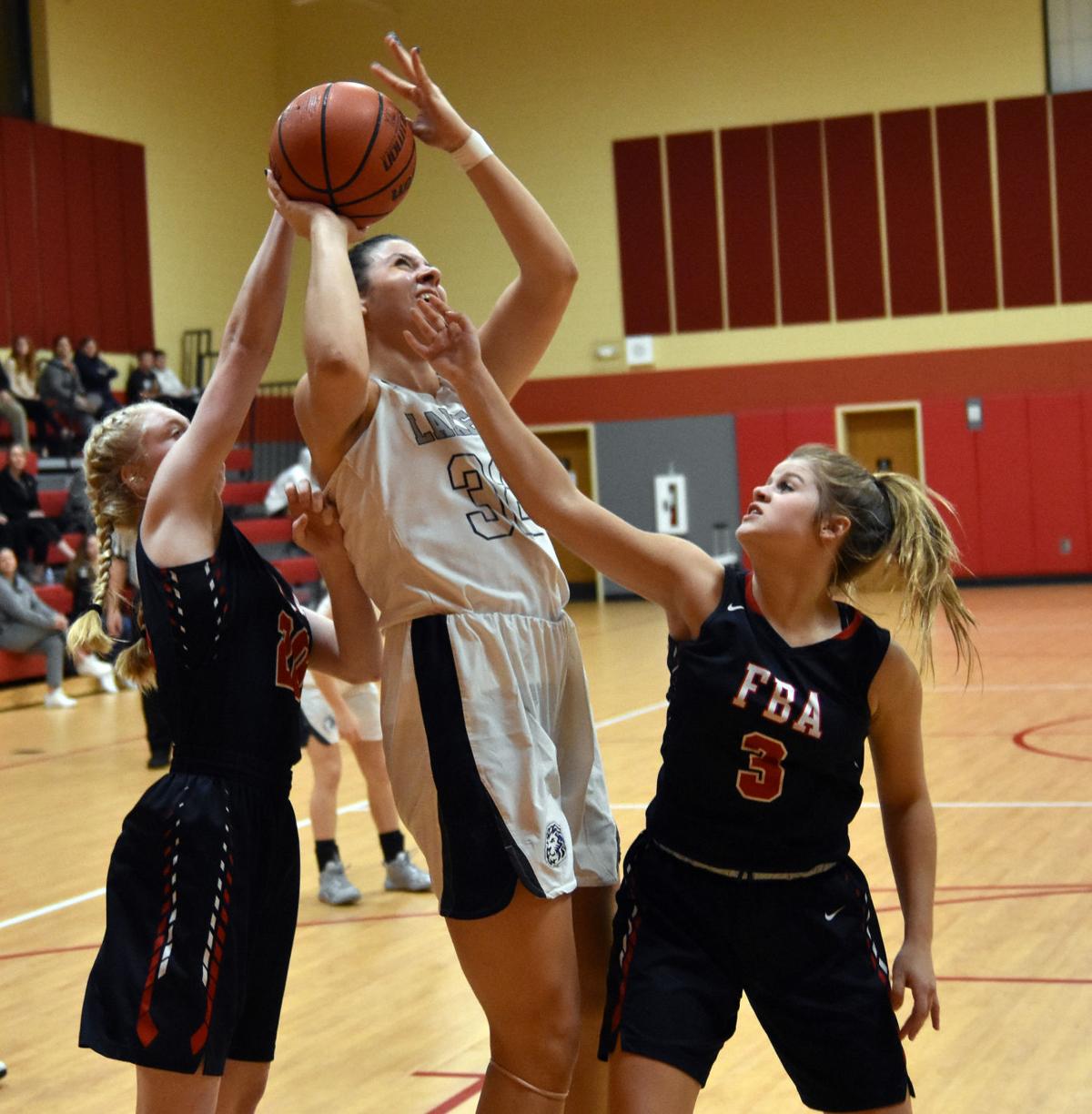 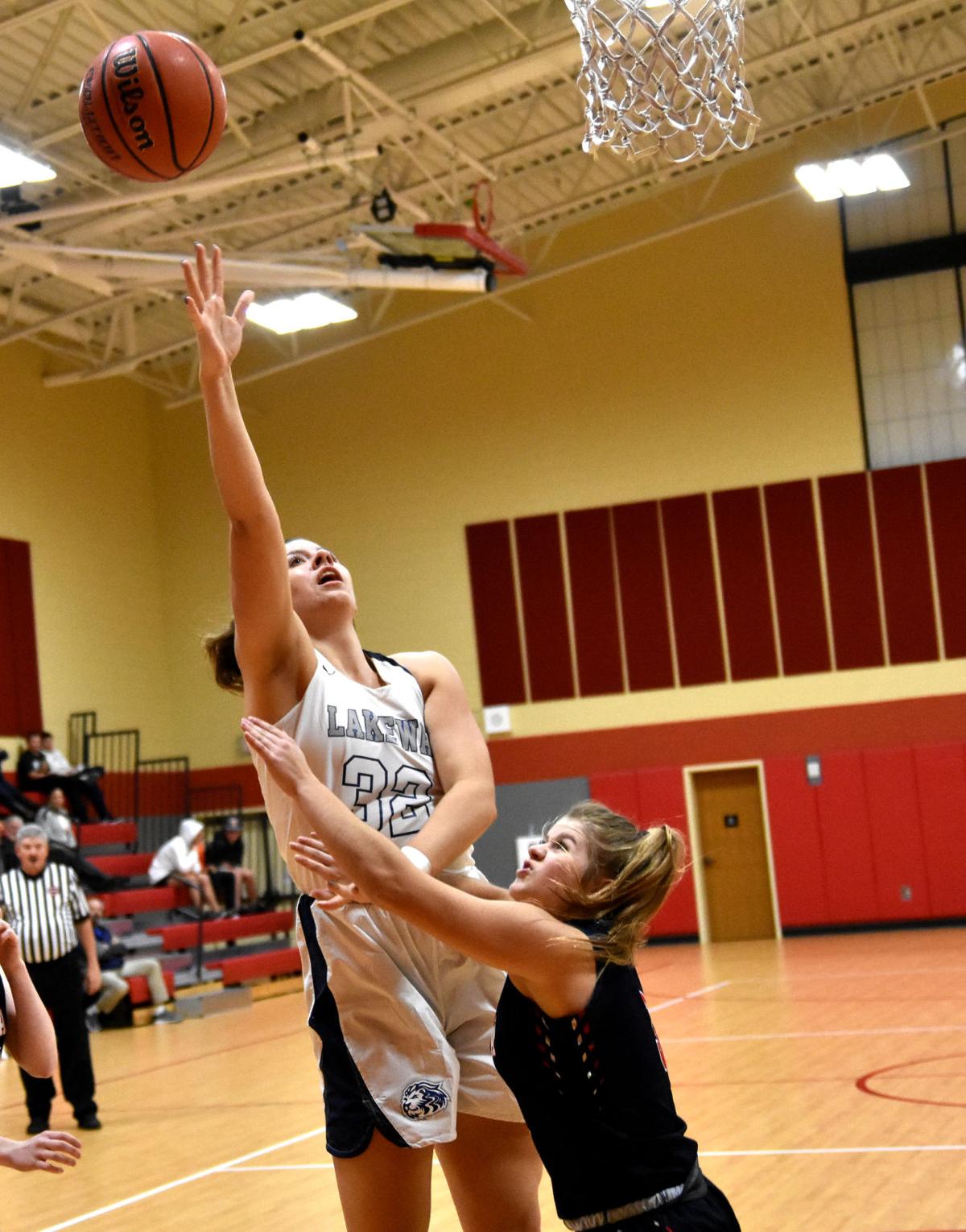 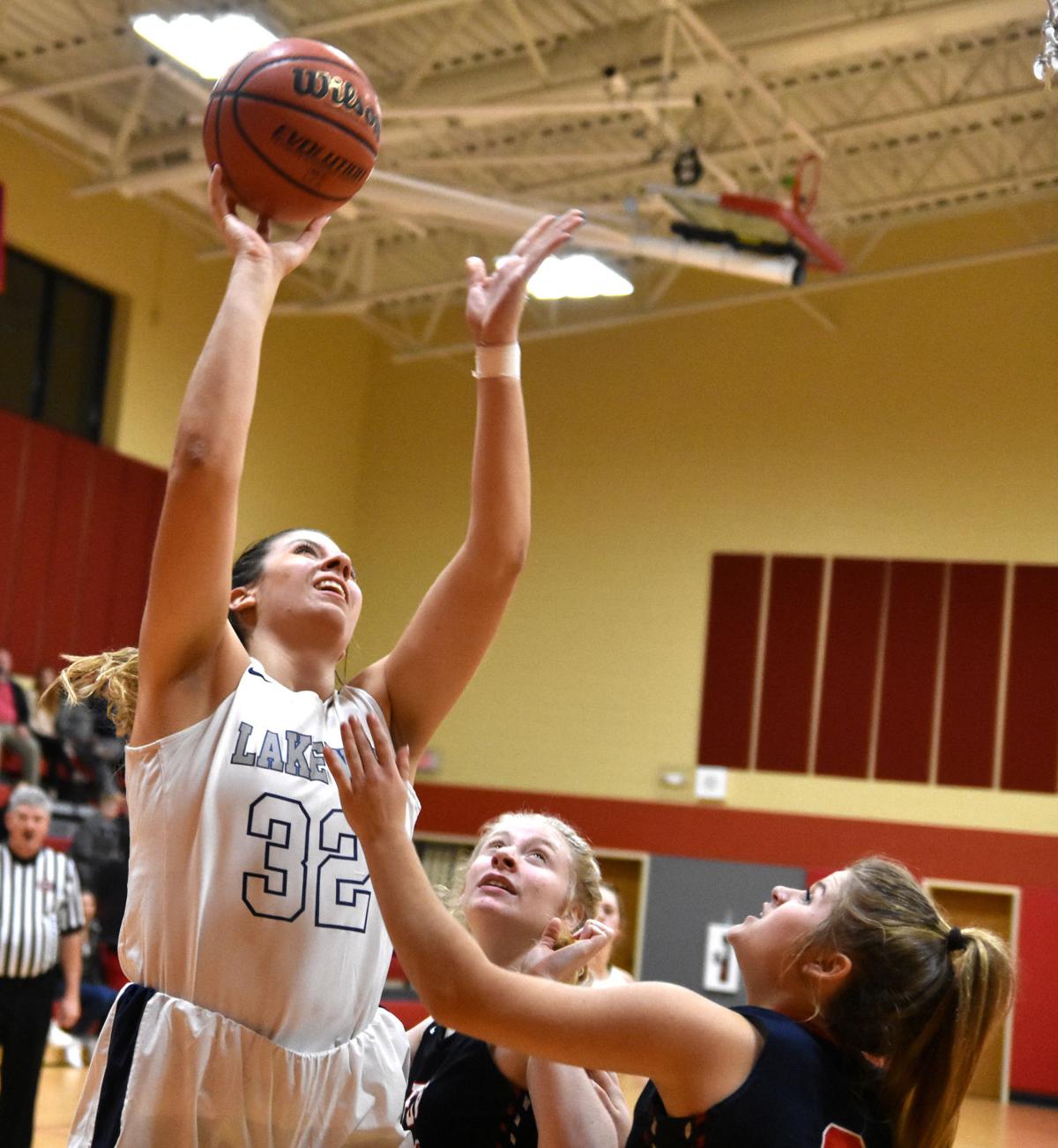 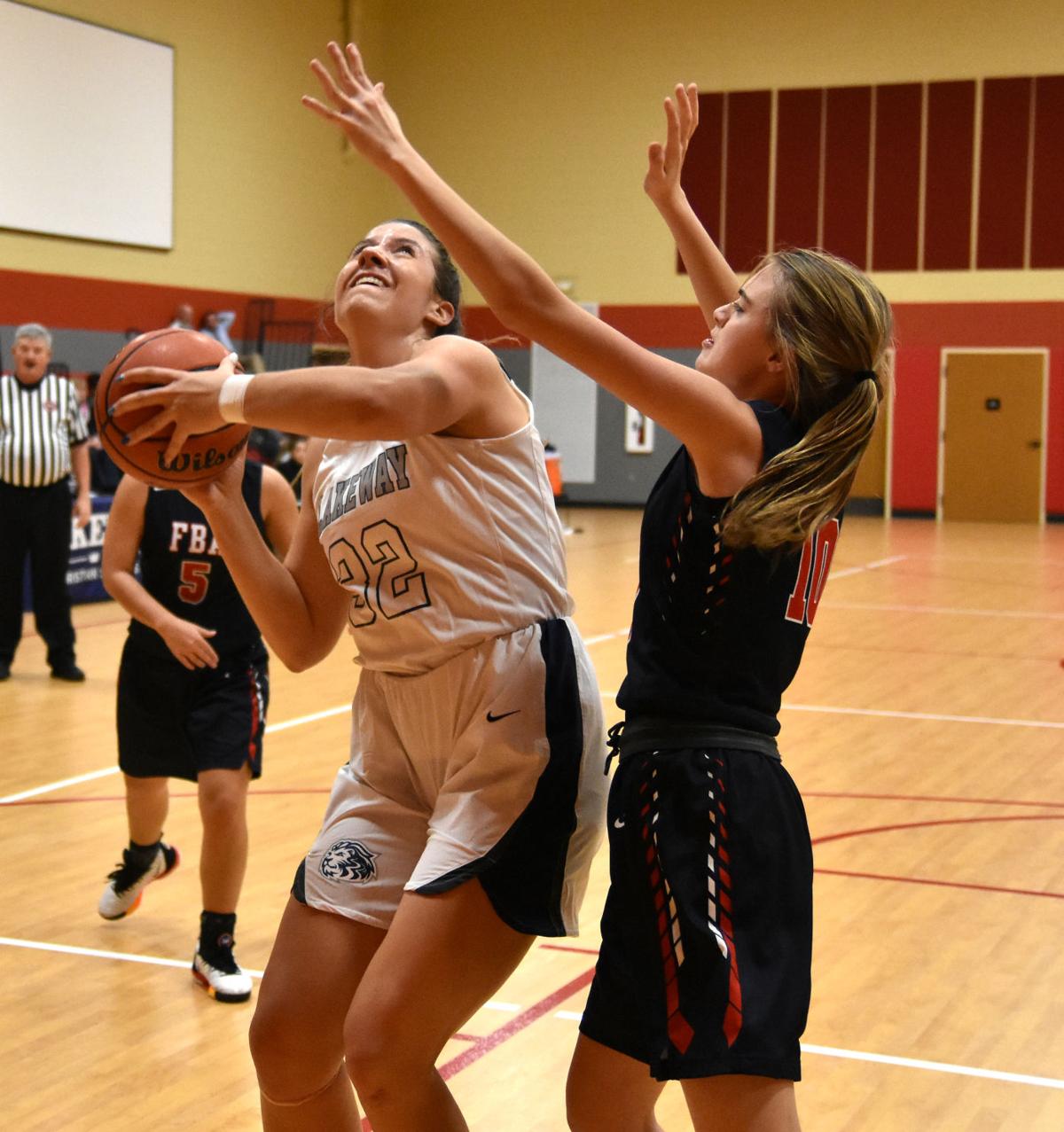 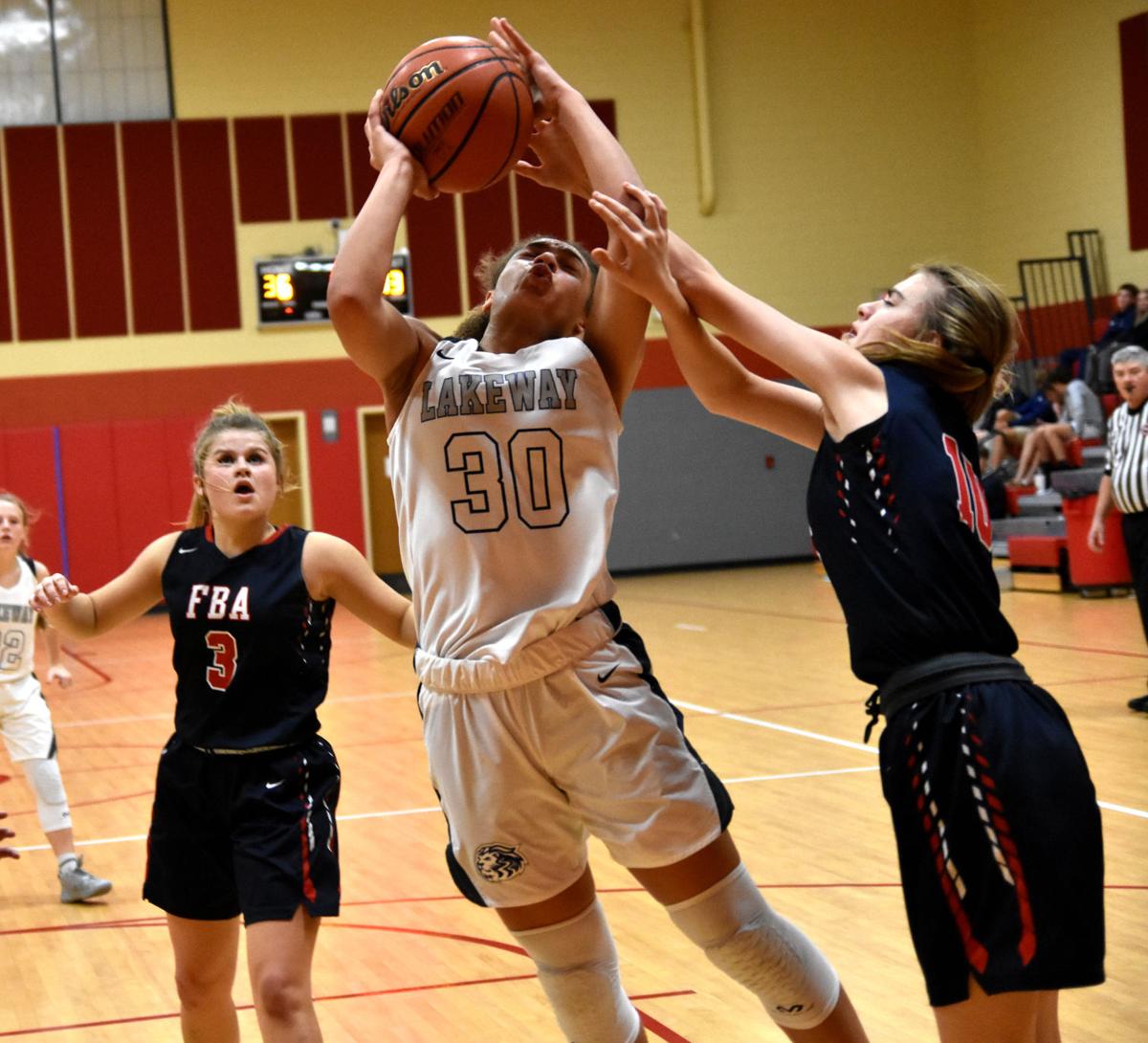 Lakeway Christian’s Maggie Vick (32) goes up for a shot against First Baptist Academy on Thursday night. Vick led all scorers in the game with 20 points.

Lakeway Christian could not have played a better first quarter of defense against First Baptist Academy on Thursday night at the Cornerstone Academy gym.

While the offense posted 21 first quarter points, it was the defense that was the real story, allowing just two points in the first eight minutes of play.

Using that 19-point advantage, Lakeway Christian never let up and cruised to an 84-41 win over FBA.

“We have to stay focused on us,” head coach Randy Coffman said. “Our kids were really locked in tonight. We had 18 assists with our first eight kids. I was really pleased with the way they shared the basketball around.”

Lakeway Christian was led in the game by 6-feet-2-inch Maggie Vick who posted a double-double with 20 points and 10 rebounds. Jordaynia Ivie had 16 points and seven rebounds while eighth grader Madi Hawk piled on 12 points.

It started early with that first quarter for the Lady Lions. In the quarter, Lakeway used Vick’s size and got the ball down low time and time against. At one point, Vick went on an 8-0 run herself to put them up 16-2. FBA’s only two points came off of free throws in the first two minutes of the game.

Vick kept it going in the second quarter with four points out of the gate and had eight in the quarter. Ivie helped her out in the quarter with nine points. The defense continued to swarm, forcing turnover after turnover, and scoring off them. While First Baptist had 17 points in the quarter, only seven of them were off field goals.

“We had some tough practices this past week, and I thought our focus level and intensity was good in the first half,” Coffman said. “Those things tend to lead themselves to success and I think our team got to feel that a little bit tonight.”

The second half saw the starters begin the half, Vick and Ivie scored two quick buckets, and the lead balloon to 62-19 at one point. However, with a few minutes remaining in the quarter, Coffman subbed in his reserves to finish out the game. While the reserves struggled defensively at times, they held their own on the offensive end and pleased Coffman with their ability. Storm Felmey closed out the game for the Lady Lions with a bucket, and Lakeway had an 84-41 victory.

“We love that young bunch,” Coffman said. “I really thought that Ellie (Linx) did a really good job at the one. She was strong with the ball and had no turnovers in 10 minutes. That was great to see.”

Lakeway will be back in action on Saturday when they travel to Trevecca University to take on Fayette Ware. Tip-off is scheduled for 11:30 am.

“We have to be better on the ball,” Coffman said. “We were handsy tonight and fouled too much. We can’t do that and be the best version of ourselves.”