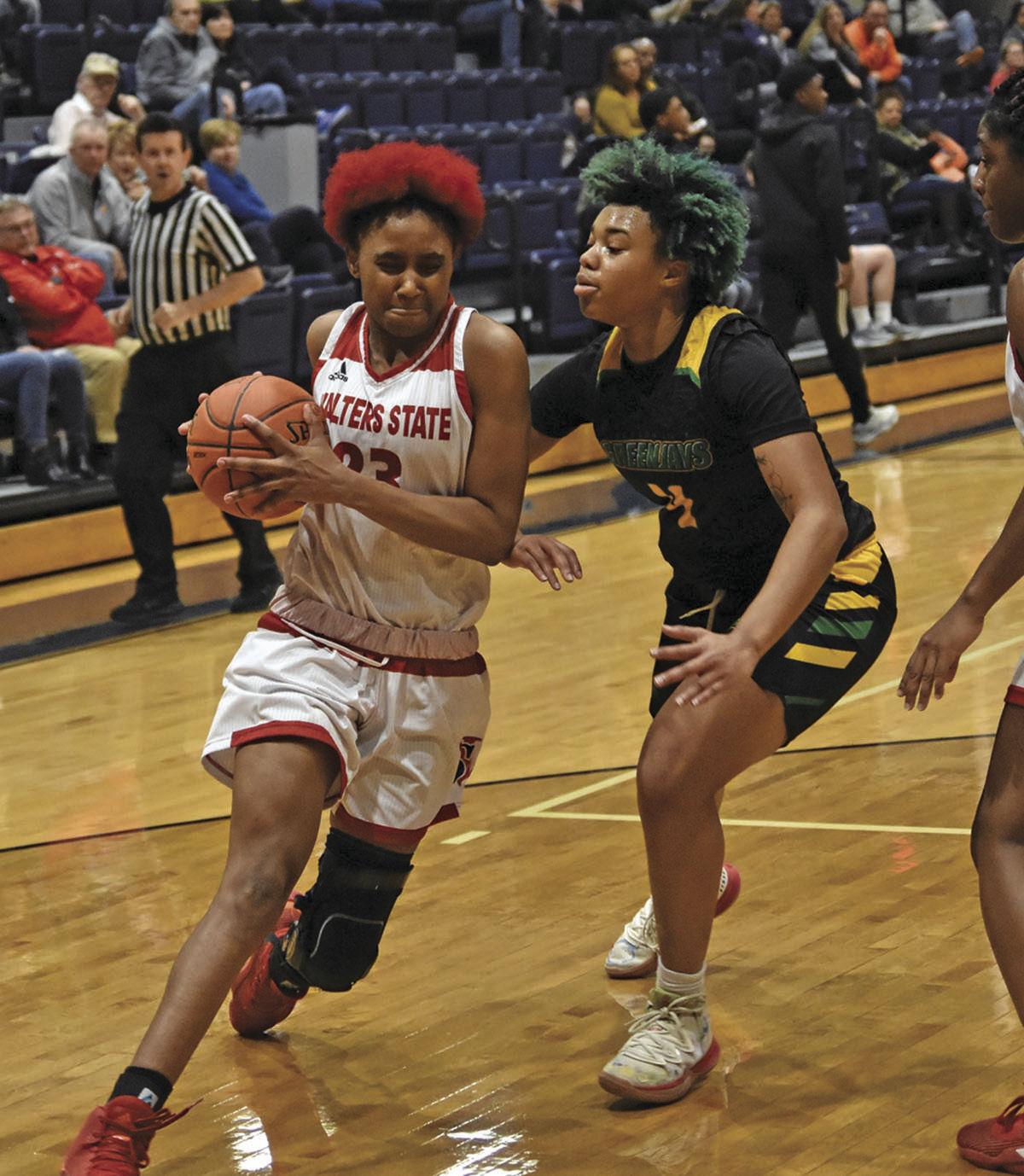 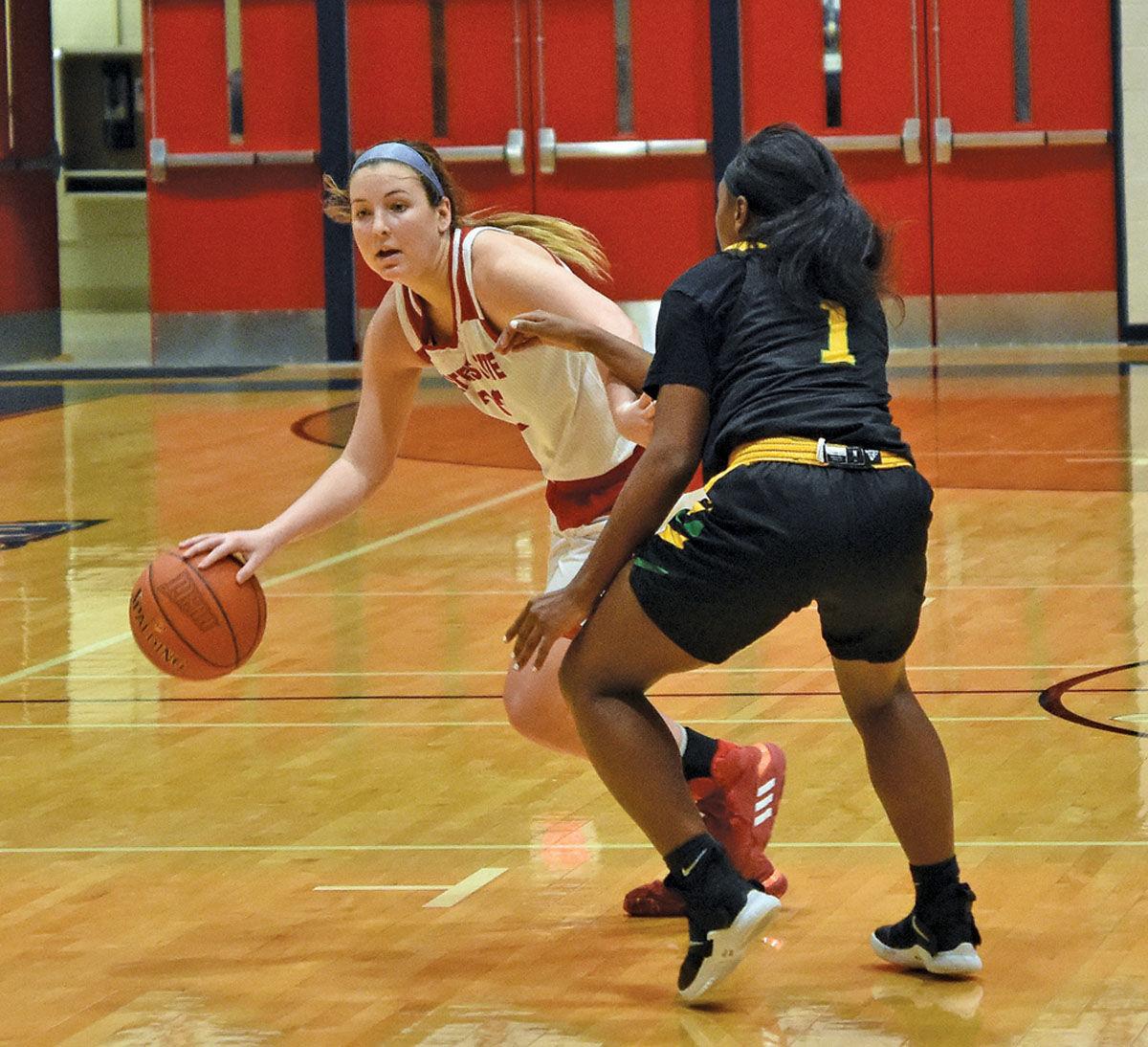 On a day that was meant to honor Dave Kragel for his 1,000th win, the Walters State women’s basketball team did just that.

A close game throughout, the Lady Senators out-scored Jackson State 24-13 in the fourth quarter on their way to a 74-59 win at ‘Z’ Buda Gymnasium. With the win, Walters State improves to 12-7 on the year and 8-0 in conference play. It was the Lady Senator’s 55th straight conference win.

Blayre Shultz led the charge for the Lady Senators with 22 points on 7-of-11 shooting. Shultz hit five 3-pointers as well as totaling eight rebounds and five assists. Shultz put the game away in the fourth quarter with eight points and two 3-pointers.

Along with Shultz, Jamya Rogers had a double-double with 16 points and 10 rebounds. Kiera hill added 11 points and five rebounds.

Jackson State falls to 14-3 on the seasons with the loss. The Green Jays were led in the game by Alexis Atkins, who had 16 points. Iya Jones added 13.

Haley Comer got the game started with a 3-pointer in the corner to give Walters State the lead. However, the Lady Senators struggled on the offensive side for much of the first quarter but held Jackson State to 5-of-17 from the field. They led by three after one, 18-15, thanks to six points from Rogers.

Walters State struggled to rebound in the first half of the contest, giving up 10 offensive boards that led to eight second chance points.

“I was not happy with our rebounding,” Kragel said. “They out-rebounded us. We have to do a better job in those situations.”

For the second straight quarter, it was the defensive effort that kept the Lady Senators in the game, holding the Green Jays to 25.7 percent from the field for the half and 14 points in the second quarter. Jackson State shot just 28.6 percent for the whole game.

Rogers led Walters State at the half with 11 points on 5-of-8 shooting. Blayre Shultz had eight points, five rebounds and four assists.

The third quarter saw much of the same with both teams remaining close. Walters State got caught in foul trouble early in the quarter with the first six fouls called on them. With Alexis Trice and Paris Mullins on the bench with three fouls, the Green Jays went on a 7-0 run to tie the game at 42.

With the Lady Senators reeling, Hill got the momentum back, completing a three-point play. Then, Shultz hit her third 3-pointer of the contest to give Walters State a six-point lead. The Lady Senators led by four after three.

However, Walters State could not put the Green Jays away. Jackson State started quick in the fourth quarter, closing it to a two-point game. But Hall was there again, making a layup. From there, the Lady Senators went on a 7-2 run off a three from Shultz and free throws from Hall to retain a nine-point lead.

From there, the Lady Senators were on cruise control, taking home the 15-point victory.

Walters State will be back in action on Wednesday as they take on Chattanooga State for another conference matchup. In the teams first matchup of the season, the Lady Senators took home a 47-42 win. Wednesday’s game tips-off at 5:30 p.m.

“That’s going to be a very important game,” Kragel said. “We’re two games up on most everyone in the league, but everyone is going to come after us now. Chattanooga State is going to give us a really good game. We just have to stay focused.”

Should the list of essential businesses be reduced or cut down?