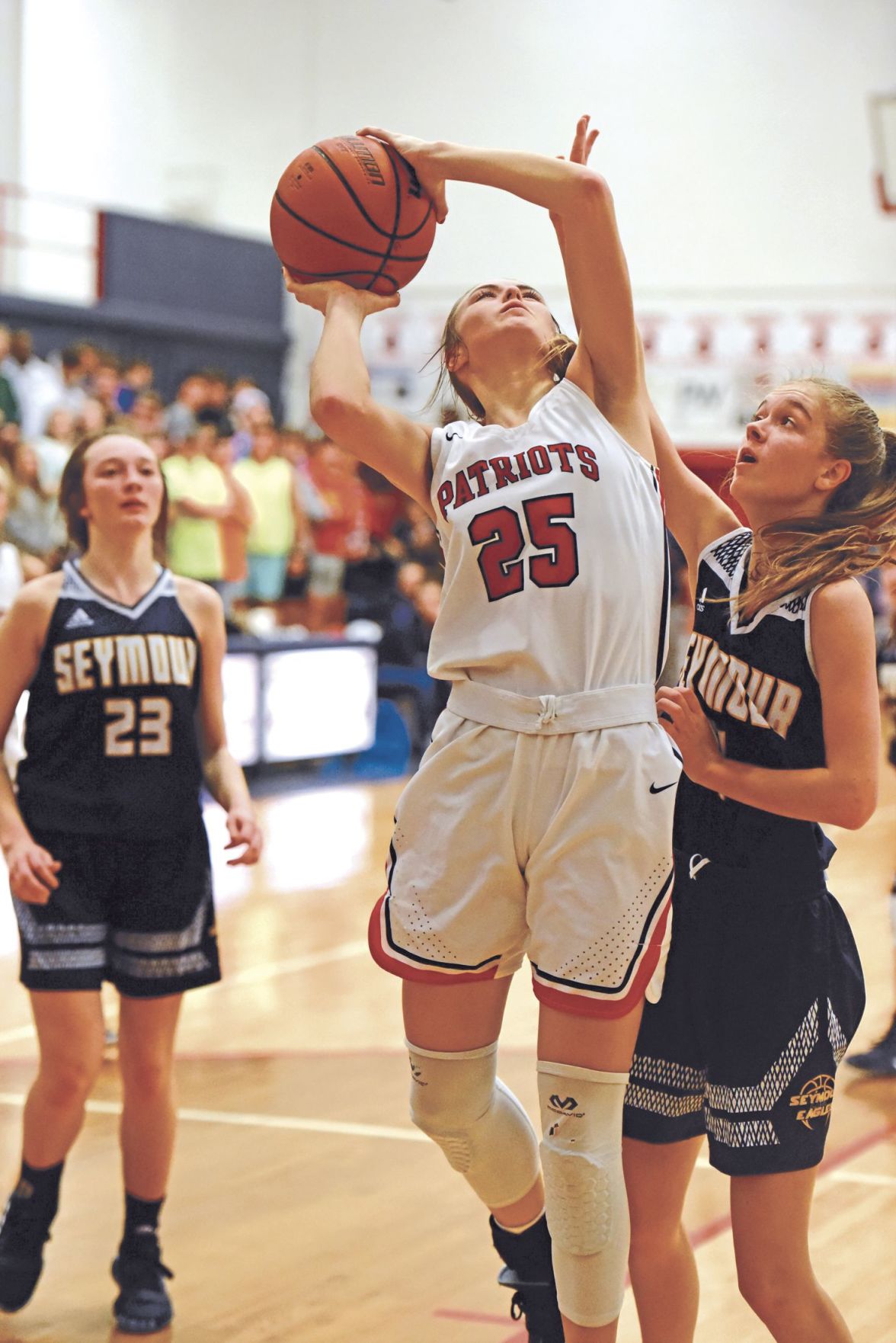 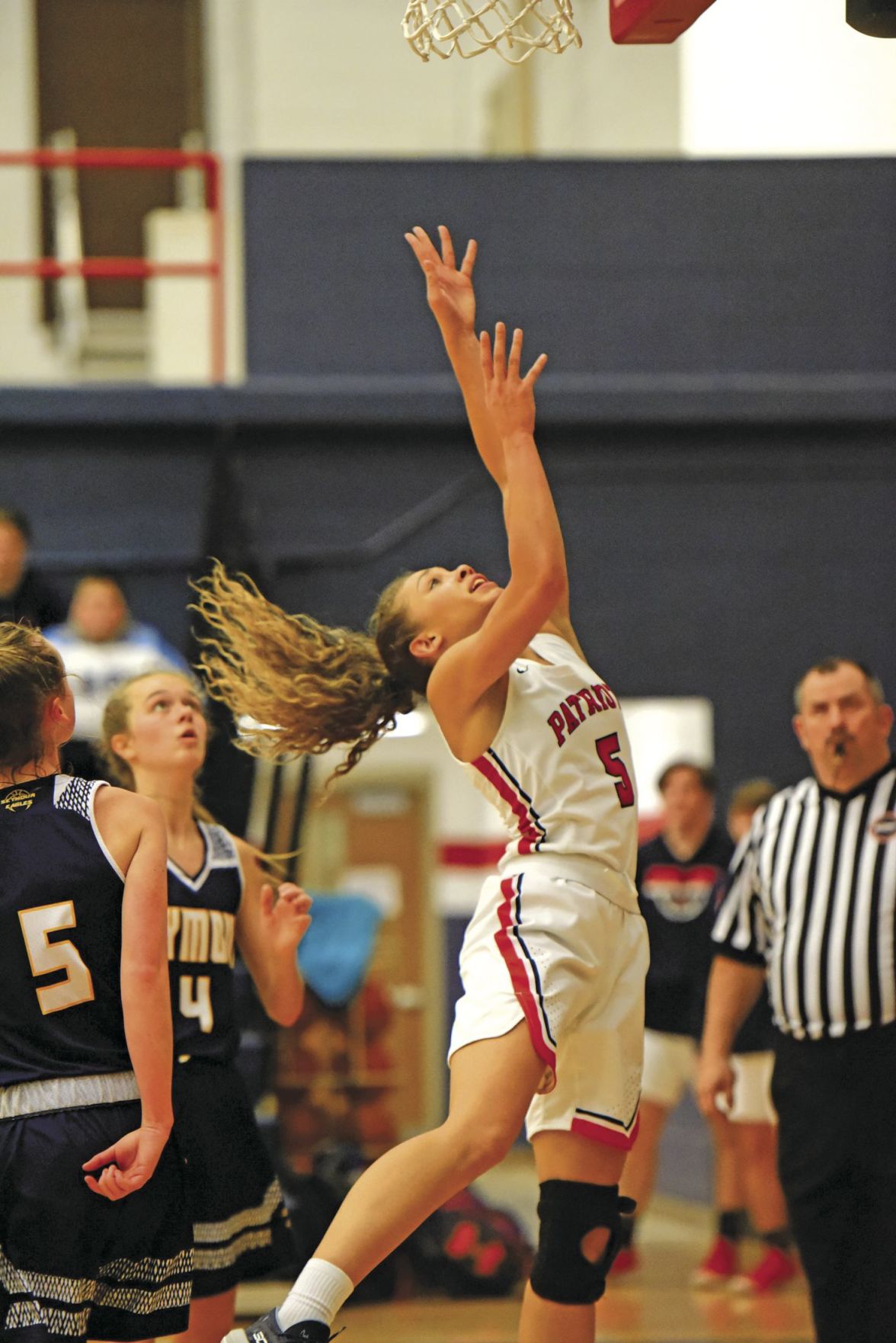 DANDRIDGE — For a time in the third quarter of Jefferson County’s 71-47 victory over Seymour on Tuesday night, the Lady Patriots team was at a bit of a standstill.

Up 19 at the half, Seymour fought back, going on a 10-0 run to cut the lead to 11 with three minutes to go in the quarter. However, as soon as the Lady Eagles felt like they were back in the game, it was gone in the blink of an eye.

Jeff County answered back, going on a 16-1 run, and the Lady Eagles never threatened again as the Lady Patriots cruised to their 16th win of the season and seventh win in IMAC play.

“It’s nice to make shots,” Jeff County coach Rick Sinard said. “I’m certainly happy for the girls to see the ball go in the hoop like that for them. I think they got a little relaxed when they saw it go in the hole. They had a couple runs when we made some moves, but overall a good night.”

Jefferson County shot the lights out in the game, making 11 3-pointers, equaling their 2-point output. At one point in the first half, the Lady Pats hit seven straight threes.

Cayla Smith led the Lady Patriots with 22 points. Smith drained six 3-pointers, four in the first half. It came just one game after Smith struggled from the field and didn’t total a point.

“We talked about it on Sunday with her,” Sinard said. “We shot here for about an hour and did a shooting drill, and she made 49-of-60 three’s. I just told her that she needed to see it go in the hole. Overall, I think it was fun to watch her make those shots tonight.”

The hot shooting started as soon as the game began on Tuesday night for Jefferson County, staking out to a 12-0 lead five minutes into the game. Smith and Makayla Alvey, who had 15 points, each hit three’s during that span with Smith hitting two.

Smith hit another three late in the quarter before an Alexa Gramman three at the buzzer made it a 21-7 game at the end of one. Gramman had 17 points in the game.

After struggling for two games on offense against a zone defense, Jefferson County forced Seymour to abandon it after the first quarter.

“I thought we moved the ball really well against their zone,” Sinard said. “I thought Madee (Denton) made some great calls out there. I give Madee leeway out there, and I think she is becoming a coach out on the floor.”

The quick start continued in the second quarter as Jeff County led by as many as 26 points midway through the frame. A late run by the Lady Eagles closed it to 19 at the half.

Coming out of the locker room, the Lady Patriots got too comfortable, turning the ball over and allowed the Lady Eagles back into the game.

But Jeff County settled down, going on their big run late in the third and early in the fourth to put the game away.

Seymour was led in the game by Maci Pitner, who had 14 points.

The Lady Eagles fall to 10-9 on the season and 4-3 in conference play. They will be back in action on Friday against South Doyle.

Jefferson County has a quick turnaround, playing a non-conference game against Greenville at home on Thursday night. That game tips-off at 6:30 p.m.