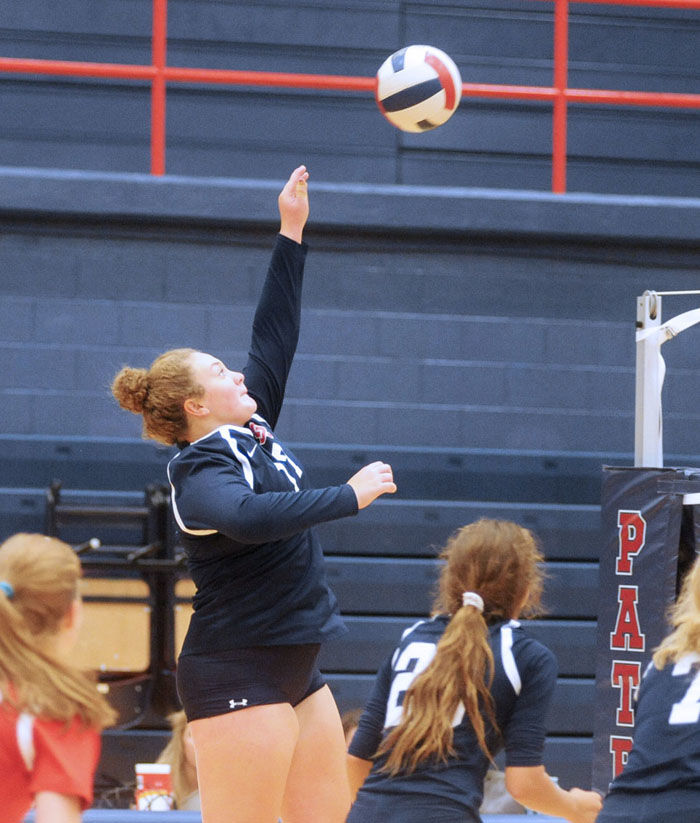 Jefferson County’s Bella Webb (17) sends the ball over the net during Thursday’s District 2-AAA match against Morristown East in Dandridge. 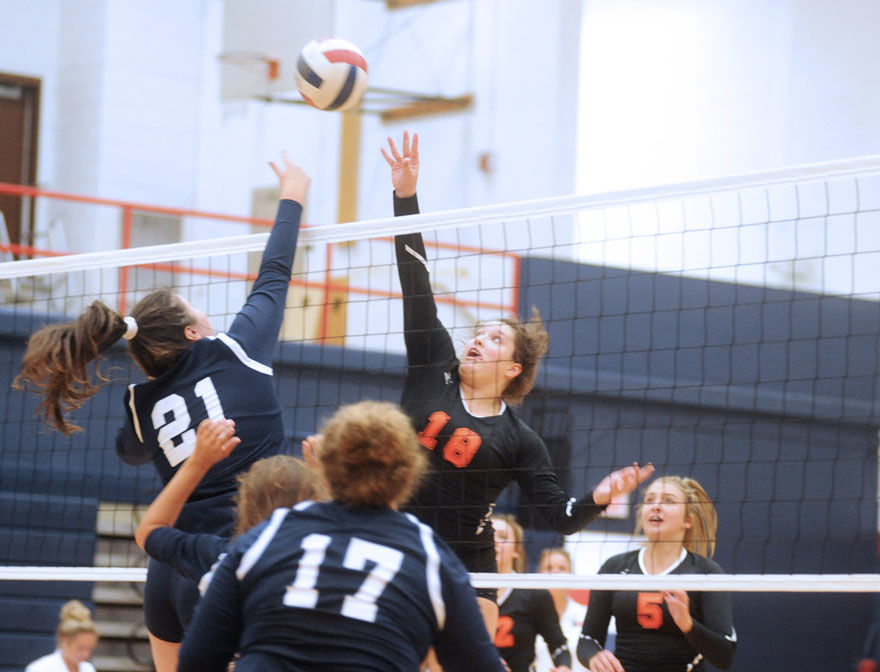 Jefferson County’s Bella Webb (17) sends the ball over the net during Thursday’s District 2-AAA match against Morristown East in Dandridge.

The home team jumped to a quick lead and went on to a 15-7 win in the fifth set after the two split the first four.

It was the second win in three games for the Lady Patriots and evened their league slate at 1-1.

In the final set, the Lady Patriots got a kill from Sidney Keck to open the scoring before Cami Mincey served an ace. East rallied to tie the score at 4-4 before the home team scored five straight to take control.

Bella Webb had a kill to start the run and then served a couple of aces with the other two points coming on blocks by Harley Shumaker.

After East’s Reese Forester scored, the Lady Patriots scored twice more to open the lead to six and were not threatened the rest of the way.

Jefferson County was coming off a tough five-set loss to West on Tuesday and coach Torey Yocom was pleased with the way her team bounced back. “I thought the girls played hard and played well tonight. We found the court and that was something we just couldn’t seem to do on Tuesday when we made so many errors.

“But tonight, I thought we showed discipline and showed control,” Yocom said. “The girls worked hard and they earned this win. It’s been like four years since we’ve beaten East. They’re a tough team and they always play hard.”

The coach said all her players did a good job. “Cami is just such a solid player for us. Abby (Blankenship) had some really awesome kills. Sidney is developing for us and Harley hit the ball better tonight and she had some huge blocks in the fifth set.”

She closed, “This is a really big win for us. One we really needed after losing our first conference match.”

East coach Holly Drinnon was very pleased with her young team. “I was proud of my girls. I was very, very happy with them.

“So many of our mistakes are just young stuff and that’s what you expect from this group,” she said. “But overall, I was overjoyed with our play. I told them after the match that this was the first one match and every day we’re going to get better.”

East has only one senior on the team in Sarah Jones and played three freshmen with two of those on the court most of the time.

“I thought Sarah played great,” Drinnon said. “She’s been out and this is the first time this year she’s played all the way around. She stayed up, continued to talk and was a great leader for us.”

Drinnon said, “We had some communication issues that need to be fixed and we’re playing in a tournament this weekend that will give us a chance to work on some things.

“Again, we had young mistakes tonight but I was happy with them. Not the loss but with the way they fought and battled.”

Randi Drinnon led the way in digs with 31 while her sister Jaci had 21 and Abbie Creech added a dozen. Jaci Drinnon had 29 assists and added four service aces.

The opening game was tied six times with the final coming at 7-7. The Lady Patriots took the lead on an ace by Anne Elizabeth Huffaker and Shumaker and Blankenship followed with kills and East never got closer than two the rest of the game.

It was 16-14 when another five-point run with Huffaker serving put the winners in total control of the game.

Surber had a couple of early kills in the second game as the Lady ‘Canes jumped out to a 6-2 advantage. However, Jefferson County rallied to take the lead at 9-8. East scored three straight off hitting errors and Creech added an ace for a 12-9 lead.

Keck recorded a kill for the home team but East ran off four straight as Jones and Bell had kills and Jones blocked a shot. It was a game of short runs from there with finally catching up at 22-22.

After another tie at 23-all, East won it as the Lady Patriots banged two straight kills out of bounds.

Jefferson County took the lead for good at 5-4 in game three and quickly pulled away to lead by as many as 10. However, the Lady ‘Canes battled like crazy and got it all the way down to 23-20 while Makayla Alvey knocked down a kill. The final point came as East couldn’t get the ball across the net in four attempts.

East fell behind 4-0 to start the third set but came back to tie at 7-7. The Lady ‘Canes then scored five straight to grab a 15-12 advantage and led the rest of the way even though it was tied at 19, 20 and finally 24 with the final coming off consecutive kills by Alvey and Webb.

But Forester put down a kill for East and the Lady Patriots had a violation for four hits for the final point.