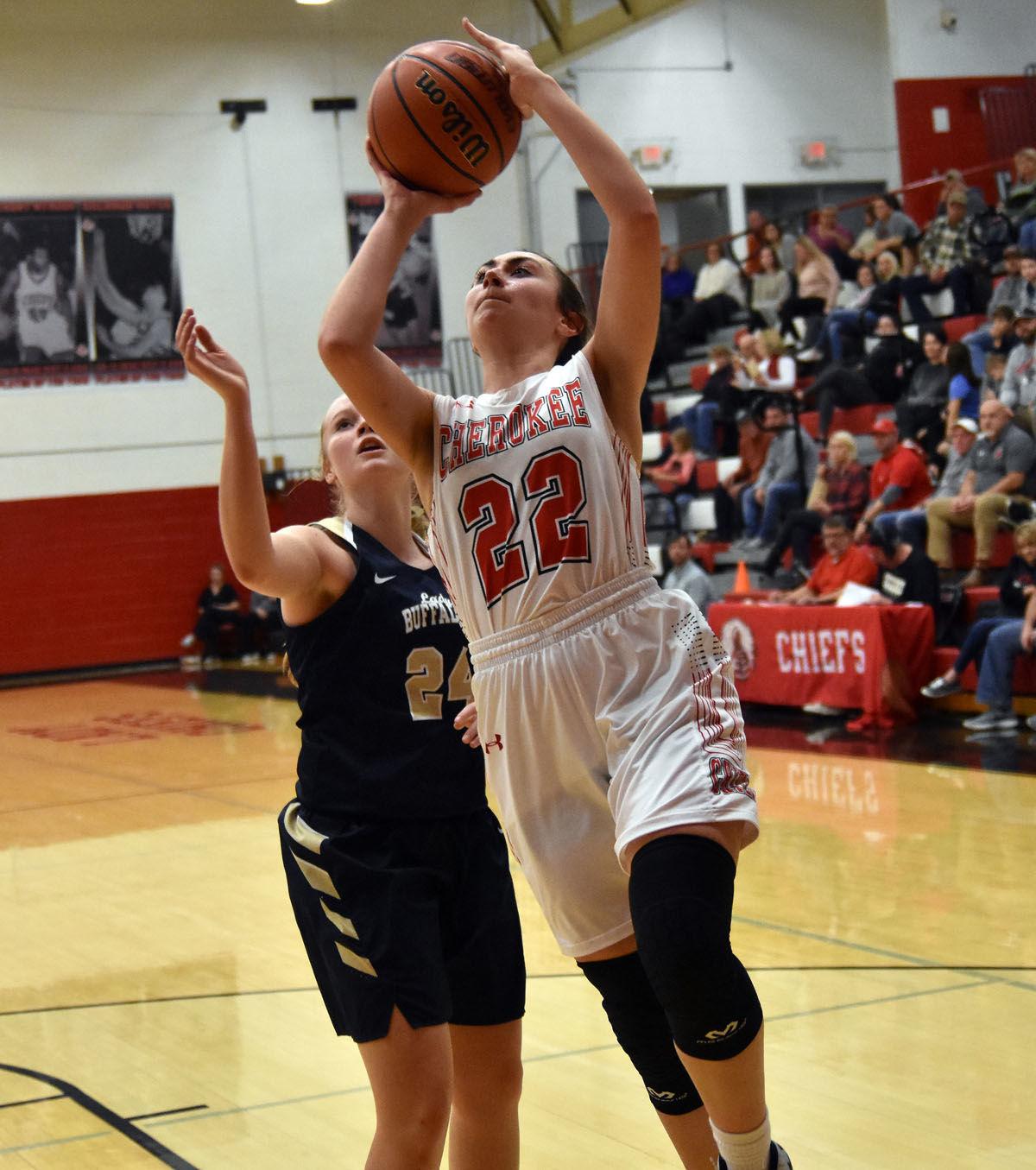 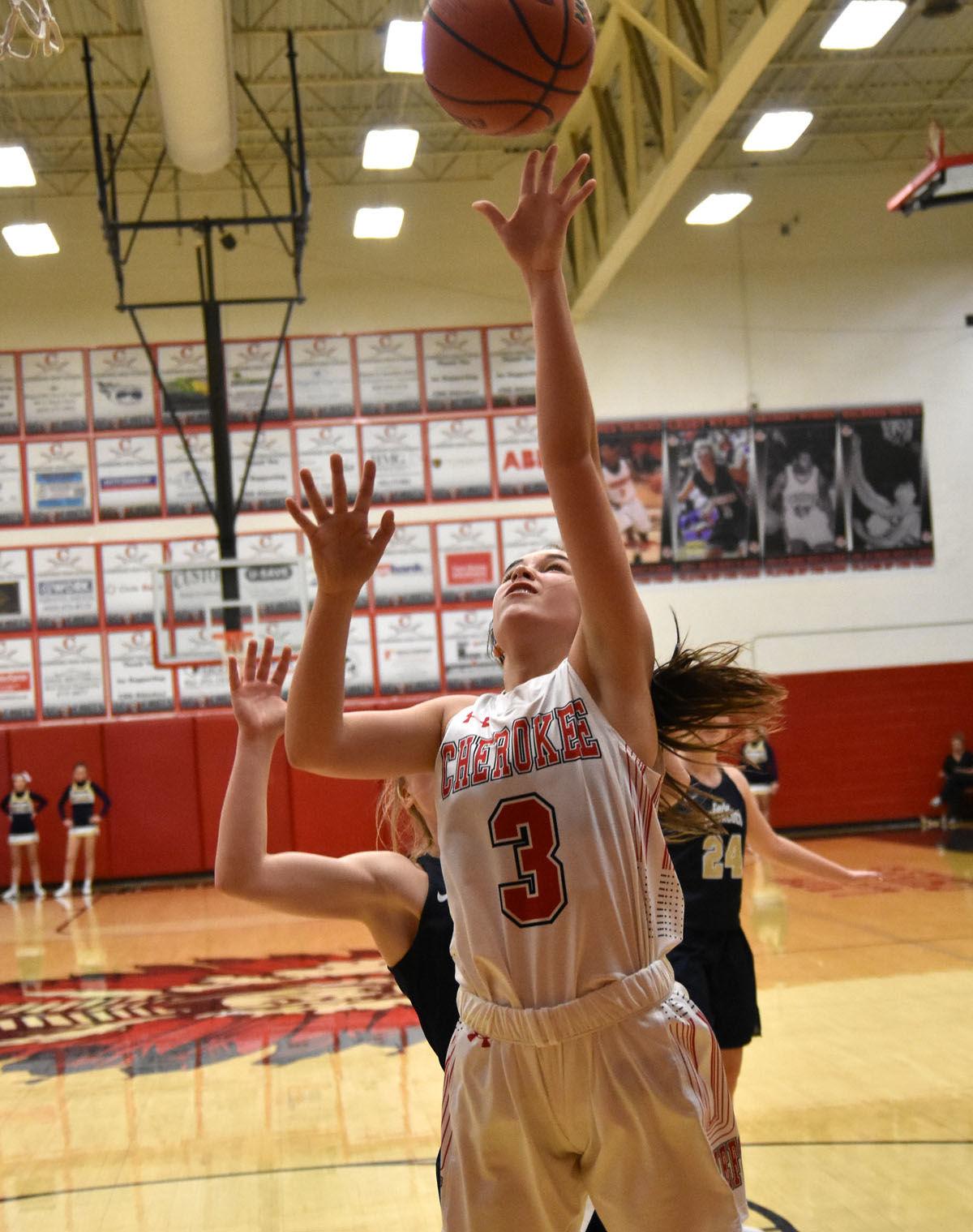 ROGERSVILLE — Cherokee used an effective inside-outside game against West Greene Monday night as the Lady Chiefs cruised to a 60-28 victory.

Destiny Jarnigan netted 19 points to lead Cherokee and head coach Jason Lawson said that was something he wanted to see. “She stepped up and shot the ball really well for us tonight. I thought she looked in rhythm and she works on that a lot. We were able to get her some open looks when we penetrated and then kicked out. When you can get the defense to collapse and you have a shooter like her, she can make shots.”

The Lady Chiefs put their transition offense to good use in Monday’s game and Lawson said that has been a point of emphasis for his team. “That is something we have been working on and trying to improve. We worked on getting our head up and seeing the court a little bit better. “

“I told our team that I felt like we took some steps in the right direction tonight,” Lawson said. “We are a super young team and we are still trying to figure each other out and still figuring out the speed of the game. I think that by the end of January or February, hopefully we will start getting some of the puzzle pieces fit to where they need to go and we can start competing a little more.”

Cherokee connected on three shots from deep in the first period, which included the final one by Kayla Howe with 20 seconds to go that gave the Lady Chiefs a 13-8 lead. Cherokee was only up 17-15 when they scored five in a row to end the first half on free throws by Jarnigan and Lydia Alvis as well as a three-pointer by Jarnigan that made the halftime tally 24-17.

The Lady Chiefs wasted little time in building a 10-point lead to open the second half as Jarnigan was true from deep once more and was fouled on a three-point attempt and hit all of the free throws.

Her big beginning of the third frame was part of a 24-6 outburst that ended in six straight points to end the period with baskets by Gena Brooks, Sam Tilson and Kodi Henson.

Leading 48-23 as the final period began, Jarnigan pushed Cherokee’s scoring over the half-century mark with her third three pointer of the contest. The Lady Chiefs controlled the rest of the game and won going away, 60-28.