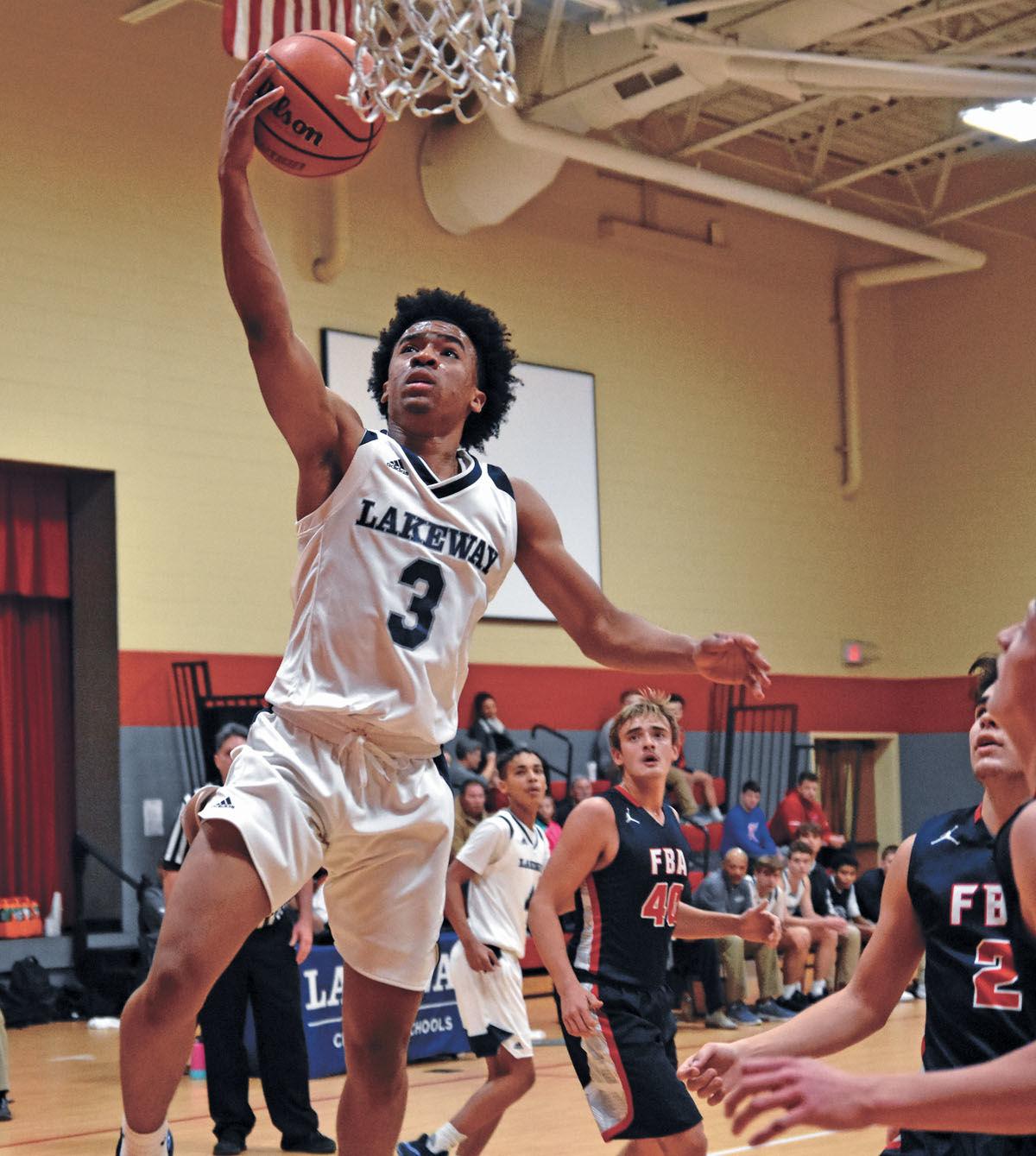 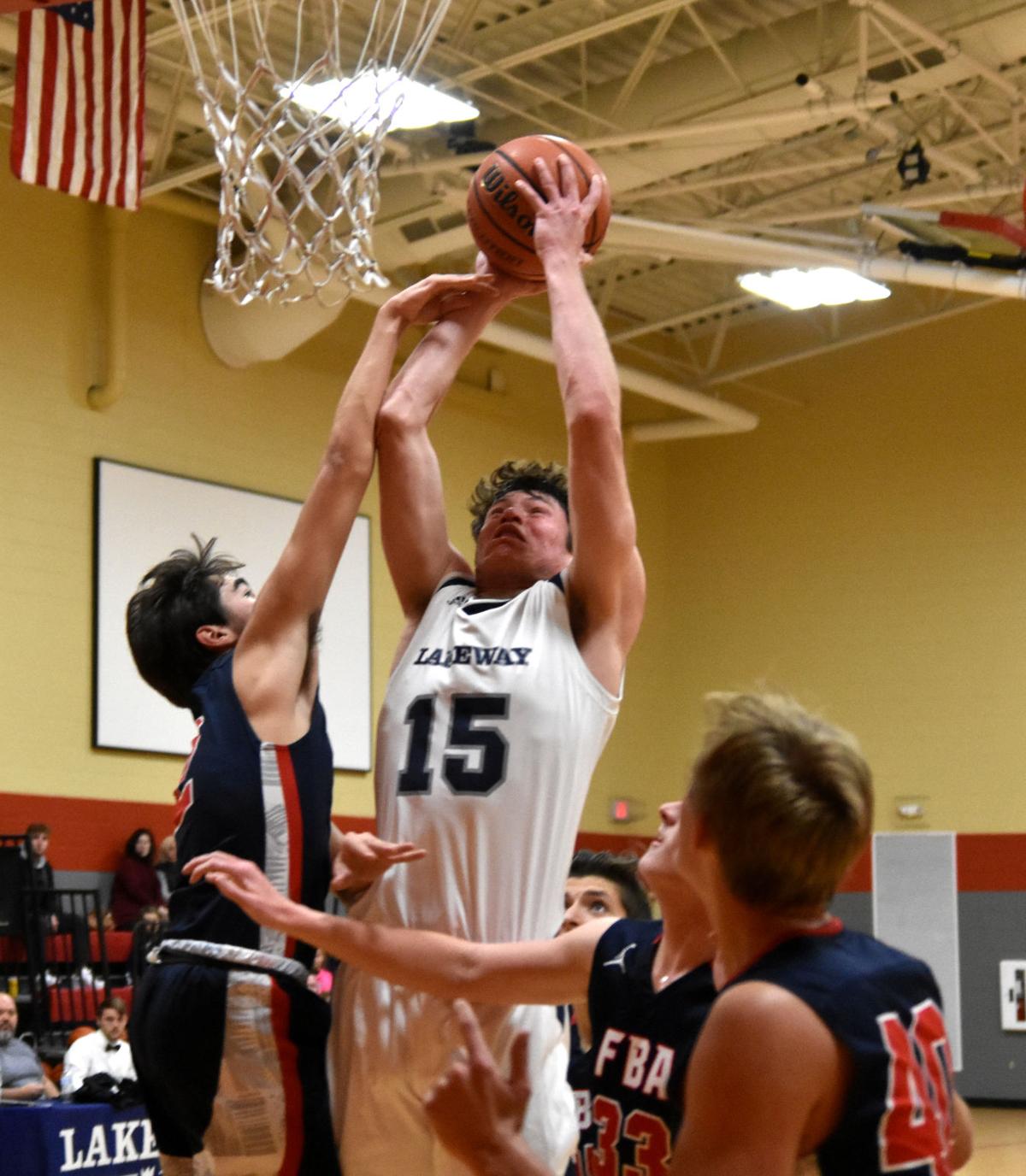 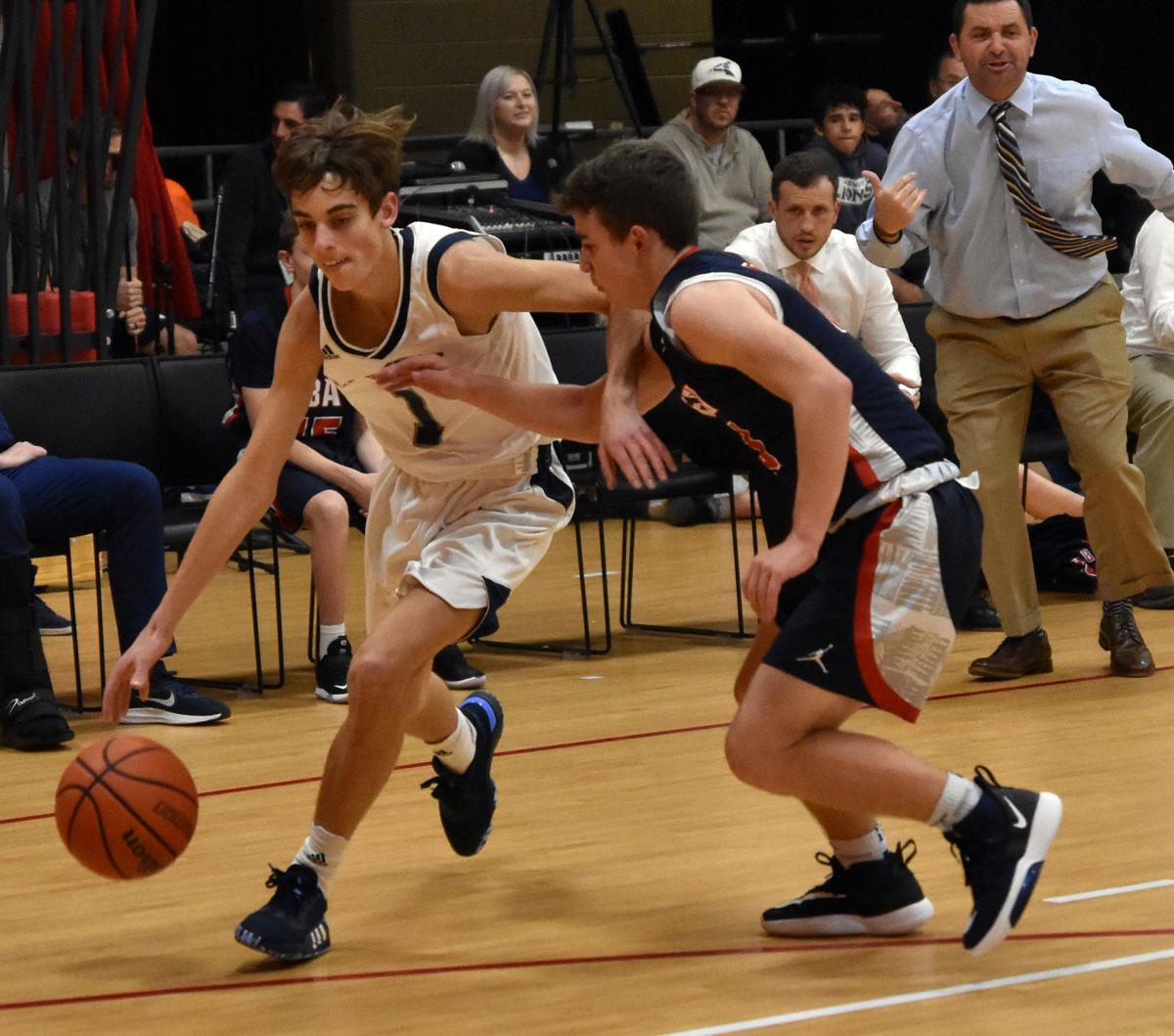 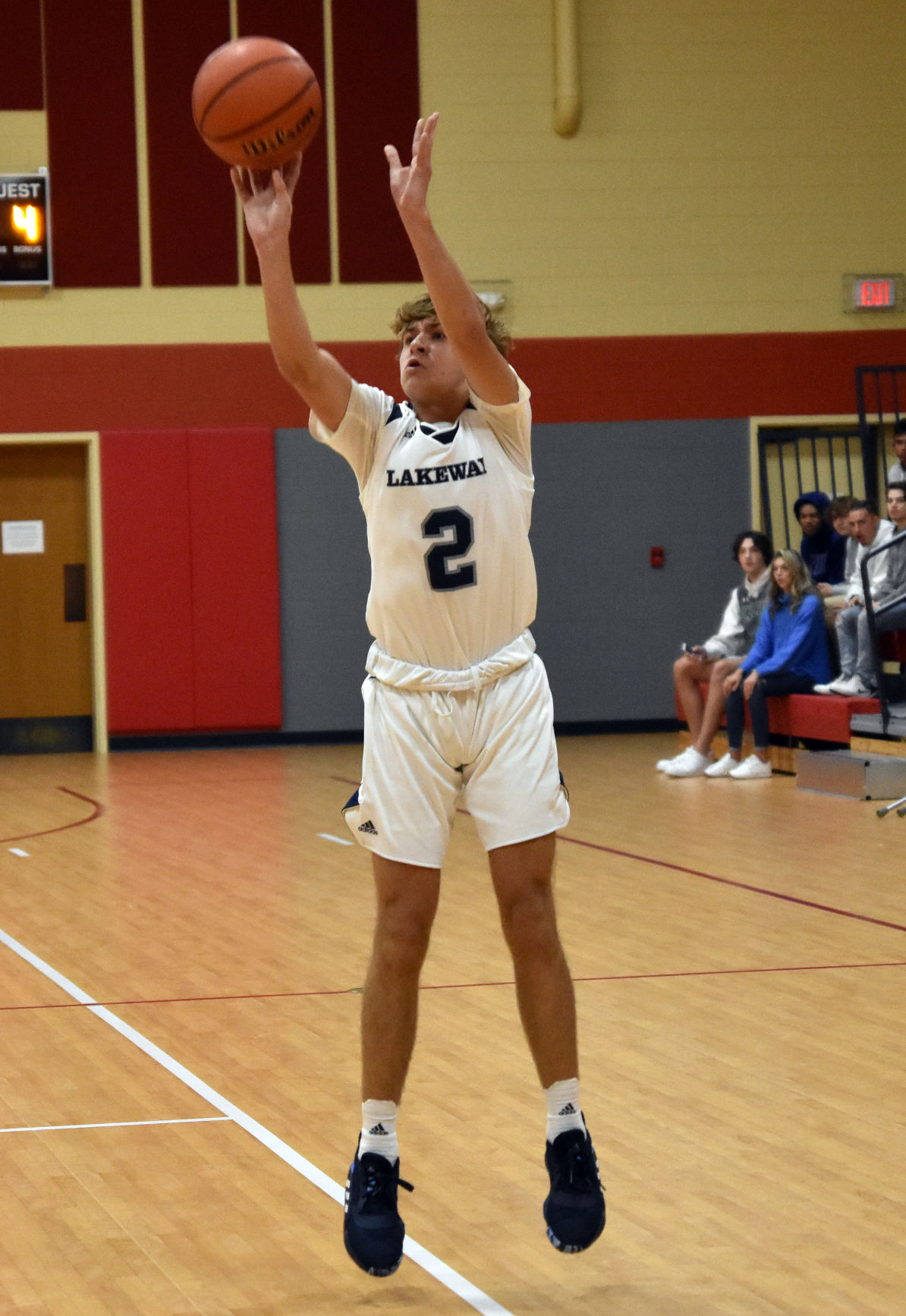 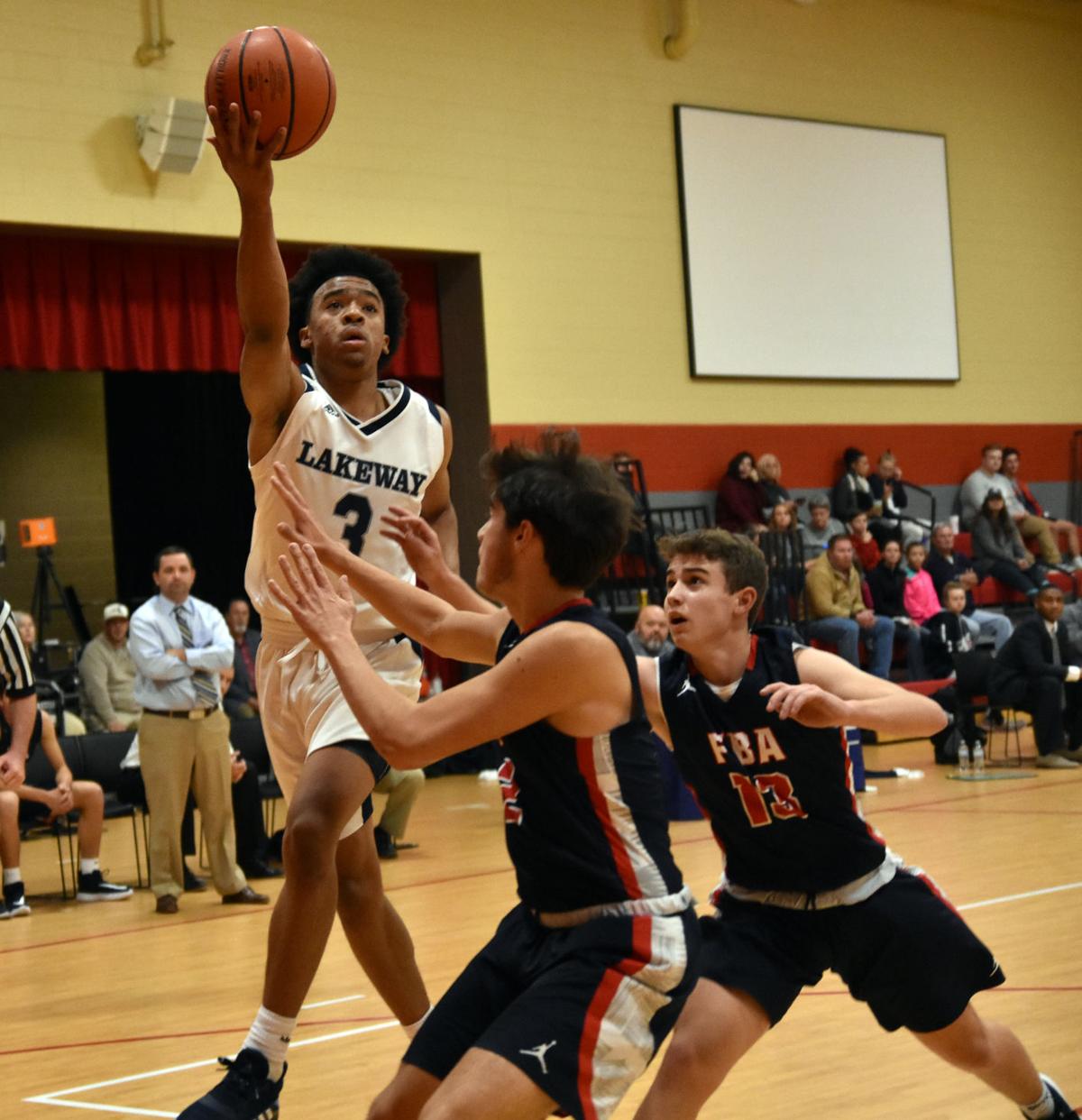 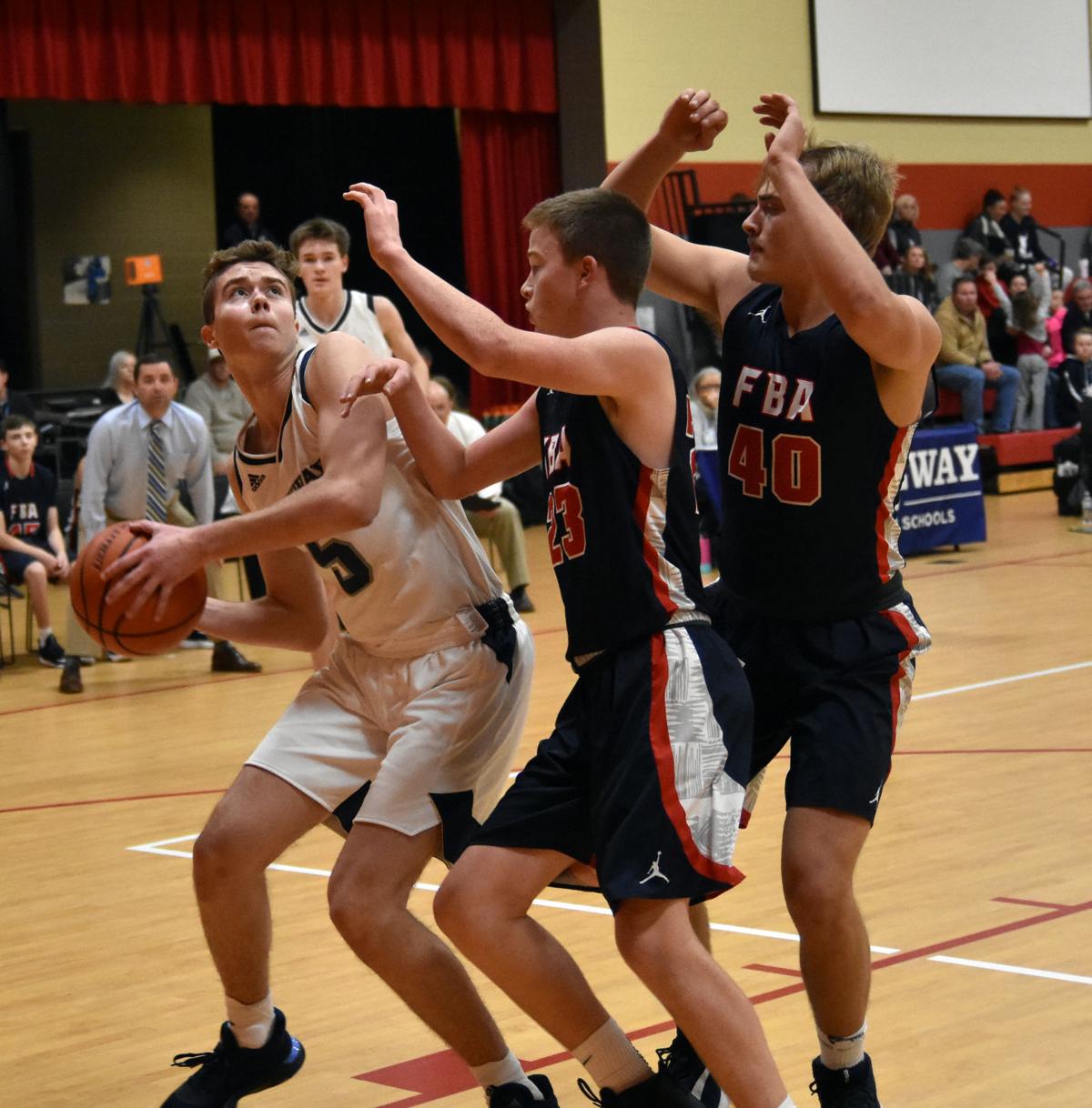 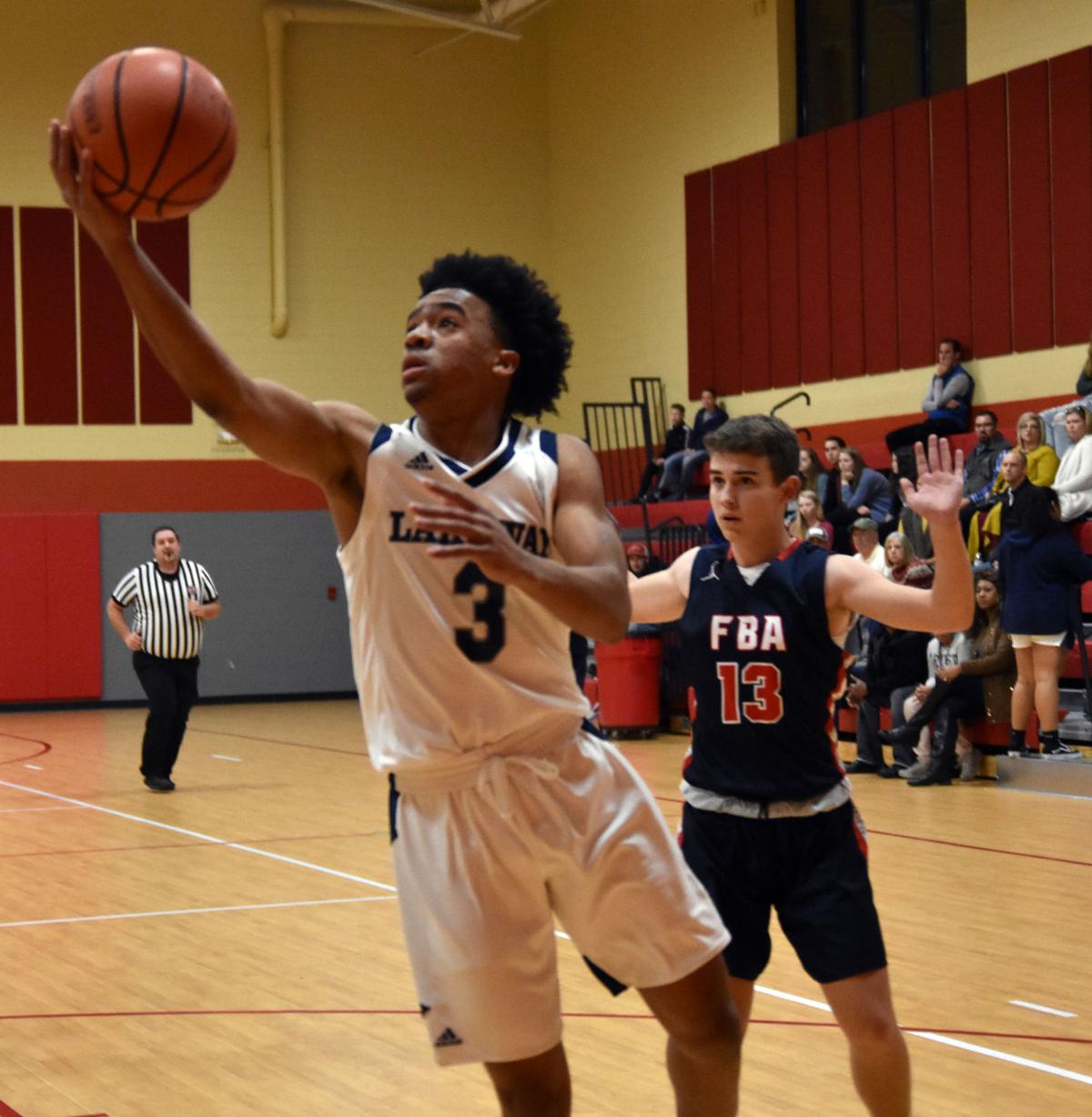 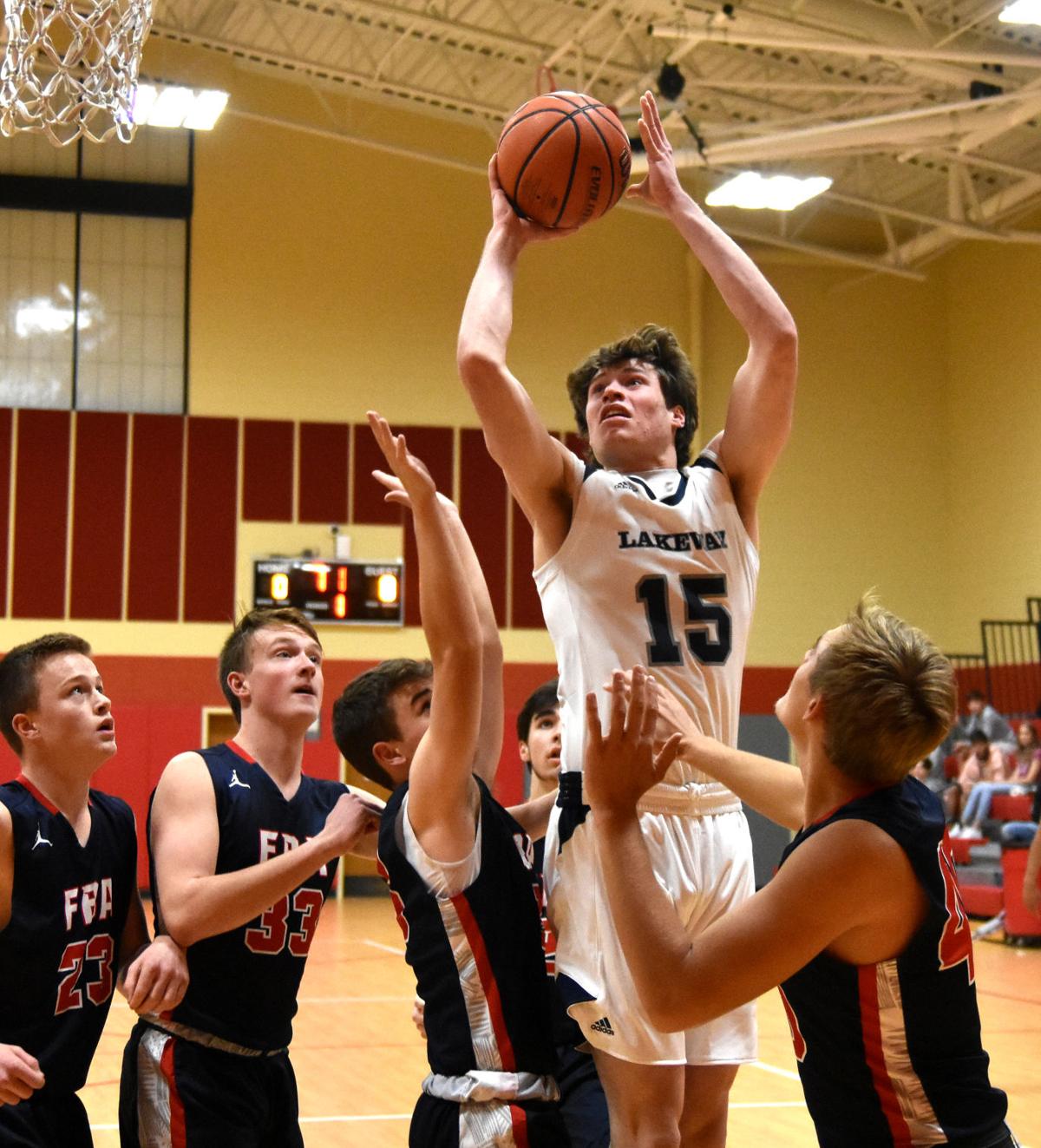 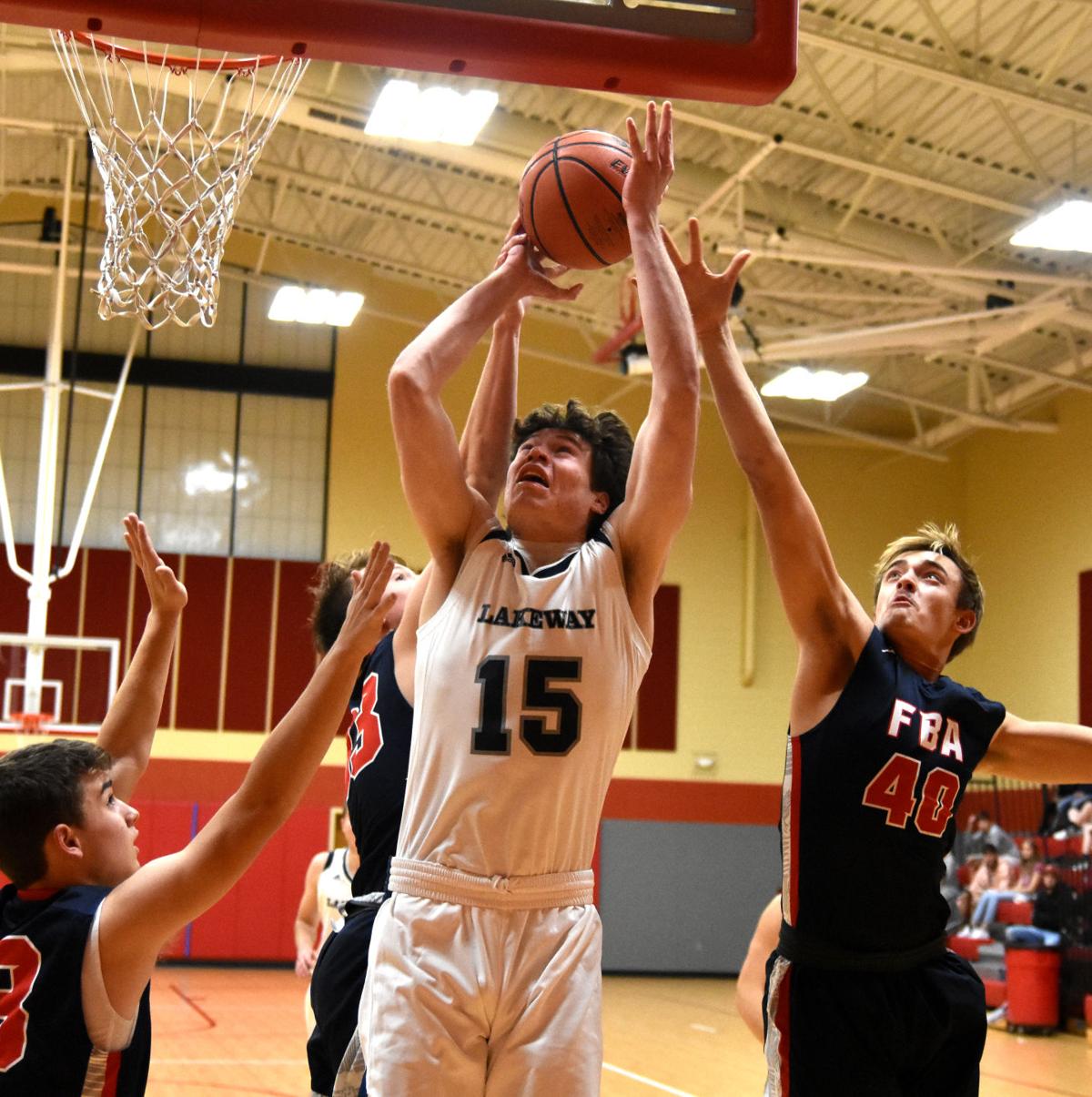 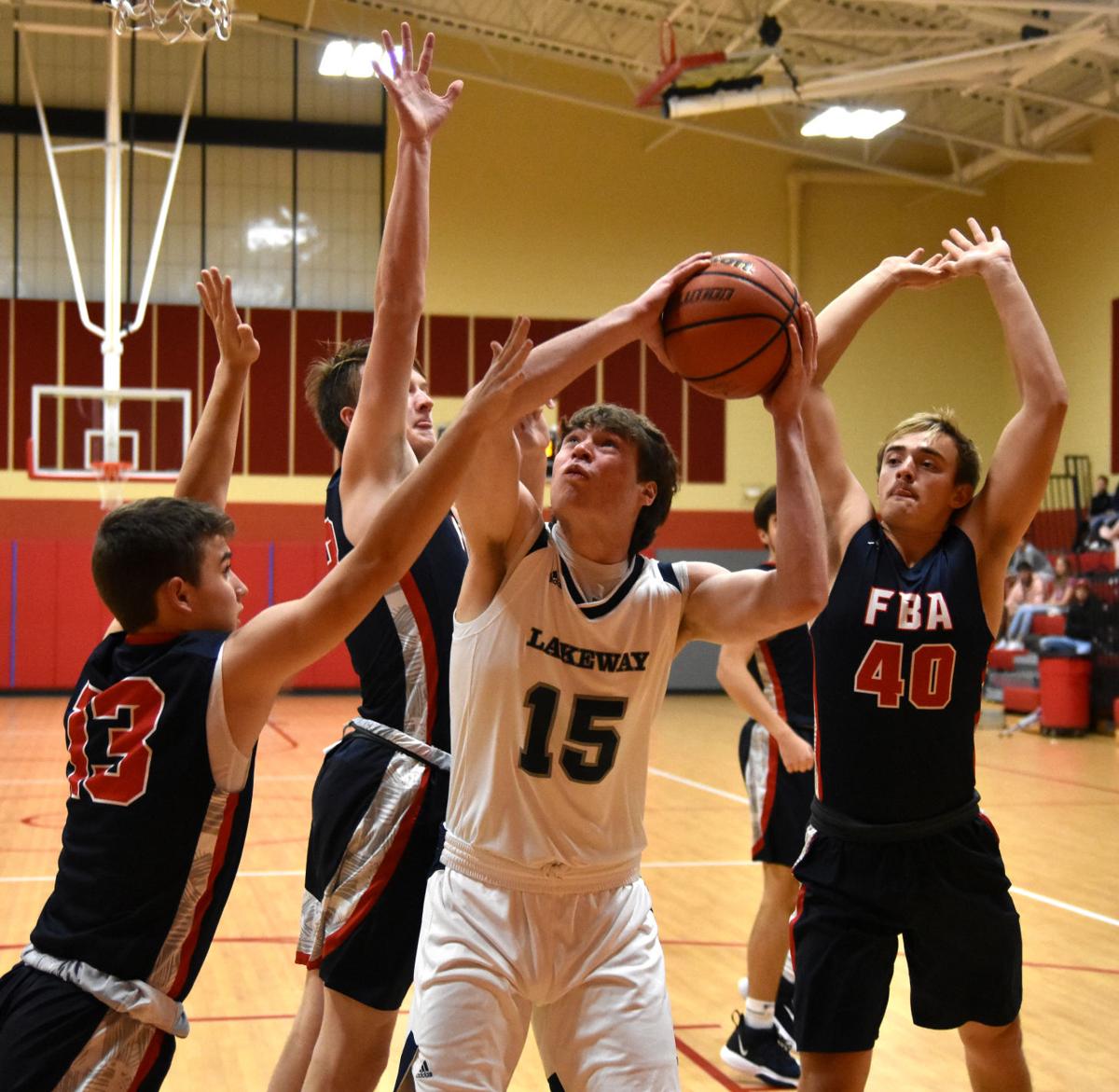 With time winding down in the second quarter and Lakeway Christian holding a 19-point lead against First Baptist Academy, Lions head coach Curtis Staples decided to put in some of his reserves to see how they would hold up.

Before Staples could blink, the lead was down to seven, and Dante Harris and Ben Knight couldn’t check back into the game fast enough.

With both back in the game, the lead rose back to 11 at the half, and the Lions defense took over in the second half on their way to a 73-46 win at the Cornerstone Academy gym.

“Those young guys let down in the second quarter because they weren’t used to playing when the game wasn’t out of reach,” Staples said. “It’s something we have to work on throughout the season. The more they play, the better they will get with that.”

Harris led the Lions with 36 points. Harris hit five three’s in the game and drove to the basket at ease anytime he felt the need to.

Knight had 15 for Lakeway, including four dunks. Only four other Lions players scored in the game.

It looked as if it would be a blowout early with Lakeway scoring the first 13 points of the game, all coming from Knight and Harris. They scored 19 of the teams first 21 points. FBA settled down the Lions offense though and cut the lead to 19-10 at the end of the first quarter.

In the second quarter, the 3-point game got going for FBA, hitting four of them on their way to a 19-point second quarter. With Harris and Knight out, the lead shrunk for Lakeway and FBA had all the confidence heading into halftime.

“We had an advantage with Ben inside,” Staples said. “We wanted to get him the ball more than we did. I thought everybody did their part tonight. Dante’s quick and can do whatever he wants. We like to utilize his skills in transition because that’s when he is really good.”

However, that confidence went flying out the gym door when Lakeway came out for the second half. The Lions defense shut down First Baptist, holding them to nine third quarter points while the Lions built up a 19-point lead. At one point in the quarter, Lakeway played defense for two minutes straight without allowing a shot.

In total, First Baptist scored 19 second half points, the same amount of points scored in the second quarter alone for them.

“We let down there at the end of the second quarter,” Staples said. “We put some players in that are not normally in during that time. We trusted that they would maintain to flow of the game, but we didn’t. They did a good job in the second half though. I was pleased with that.”

The third quarter was capped off in a big way with a Knight dunk with one second left. Harris pushed the lead to 22 early in the fourth and, this time, the reserves held their own with Cy Mincey scoring the final four points of the game.

“We just need to be sharp and run our offense moving forward,” Staples said. “There was a lot of confusion tonight when the lineups weren’t what the guys were used to. That’s something we work on every day in practice. But it doesn’t translate well during the game. That is something we need to work on moving forward.”