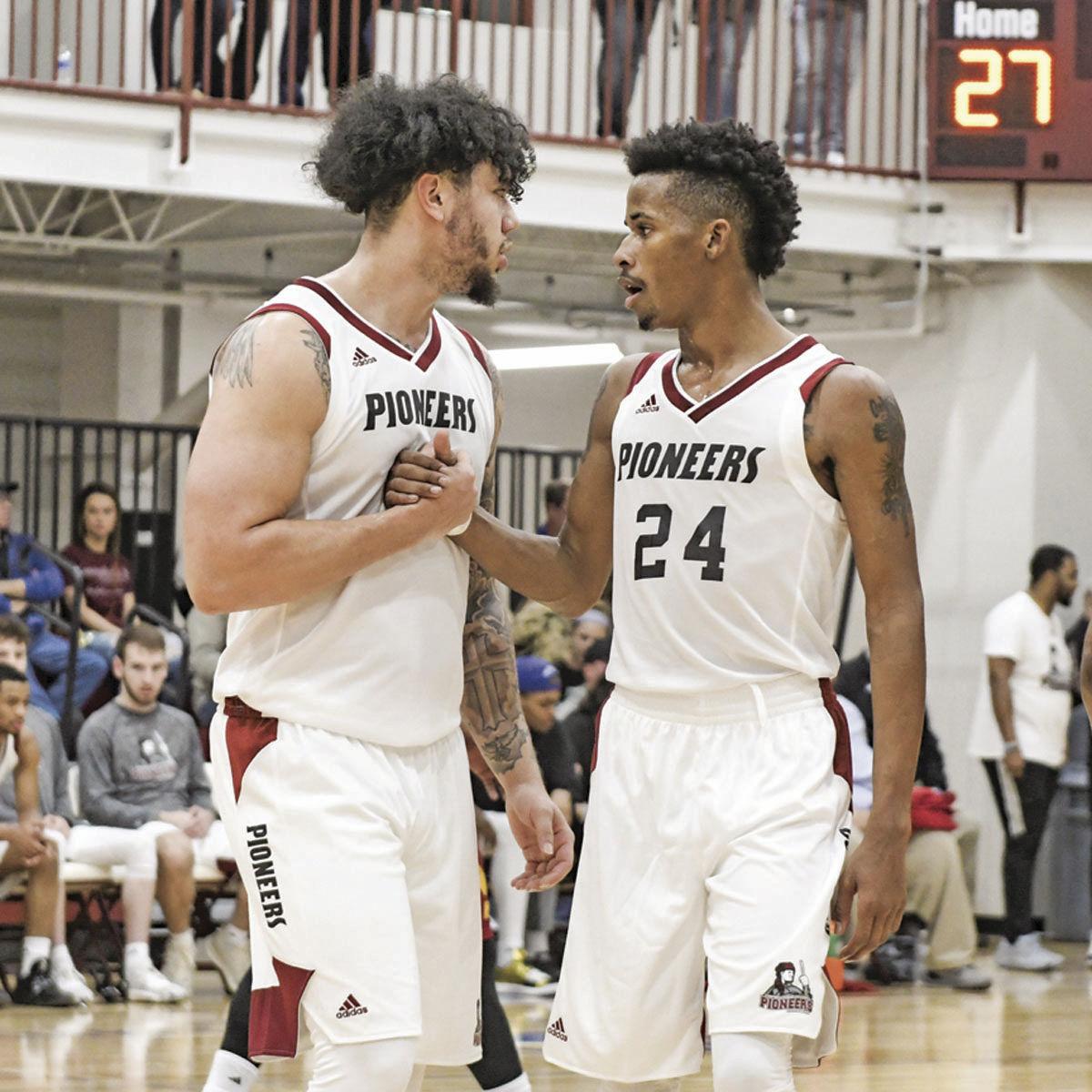 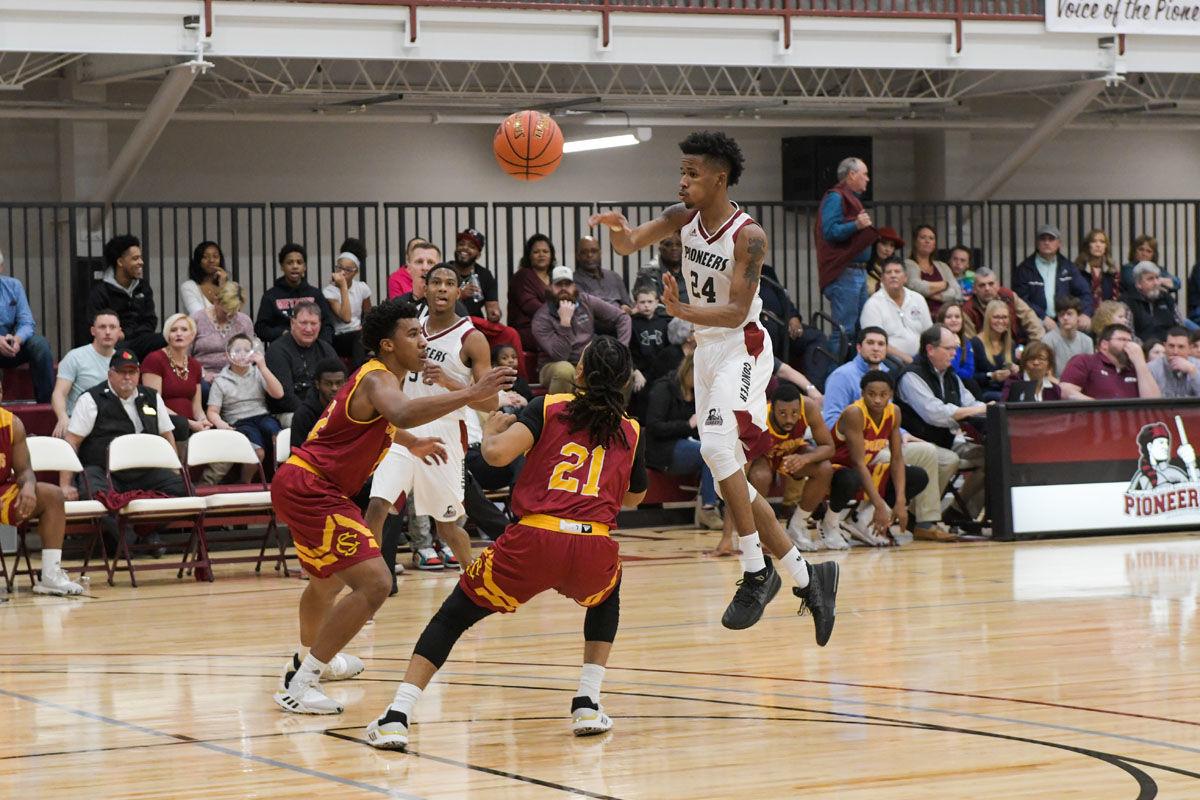 For the past year, Weaver attended Hiwassee College, playing basketball for the Tigers. However, in late March of 2019, it was announced that the school would be closing at the end of the spring semester.

Weaver, who had just finished his sophomore season, would have to find another school to transfer to in order keep his basketball dreams alive.

While this was going on, Weaver continued to work in the summer on his game and improving his skills.

Weaver picked Campbellsville University – Harrodsburg and was ready to start a new chapter in his life.

Then, as the school year was just about to start, tragedy struck as Weaver’s niece passed away.

Feeling the pain of his niece’s death, as well as missing his friends and entering a new school, Weaver went back to the one thing that he’s always known.

Now, Weaver, a Morristown East alum, has taken CU-Harrodsburg and the NCCAA by storm. Weaver is third in the NCCAA in scoring, averaging 23.2 points per game, sixth in field goal percentage at 58.7 percent and 23 rd in the nation in rebounding. Weaver has scored over 40 points in two games this season.

“This is my first-year coaching college basketball at this level, and I was told by my peers that you need to find one player you can challenge every single day, and Jamal has been that player,” Campbellsville coach Austin Sparrow said. “No matter what the challenge is, he accepts it and does whatever is necessary to compete and win that challenge or make himself better.”

Weaver’s journey to Campbellsville almost ended before it began while attending high school at Morristown East.

Playing on JV his freshman and sophomore years for the Hurricanes, Weaver never looked forward to playing the game and considered quitting before his junior season.

But then, Ryan Collins stepped onto the scene.

Collins, now the head coach at Alcoa, was named the Morristown East basketball coach before Weaver’s sophomore year and saw potential in Weaver.

Motivated by this, Weaver impressed in his final two seasons for the Hurricanes. During this time, Weaver not only improved his skills but also discovered just what motivates him and pushes him as a basketball player.

After his career concluded at East, Weaver landed at Hiwassee College where he didn’t have the experience he had expected playing college basketball.

Weaver had a good amount of success playing for the Tigers during his sophomore season, but the environment and program was not what he was accustomed to or needed if he wanted to keep improving his game.

“We didn’t really do anything,” Weaver said. “I just went, practiced and play. There wasn’t as much discipline, and we just took it for granted. It was kind of rough, but I think God was opening my eyes. When it shut down, it opened my eyes.”

After the school announced it was closing, Weaver, a with an extra year of eligibility, had to find a new university to attend. A total of six schools set out to recruit Weaver, but it was former CU-Harrodsburg coach, Herve Kouna, who made the biggest impact.

Kouna drove six hours to Hiwassee to watch Weaver go through three drills before offering him a spot on the Pioneers team.

“There were other schools who told me I could come to their school, but for someone to drive six hours just for three drills, it really pushed me to go here,” Weaver said.

Since arriving at CU-Harrodsburg, Weaver has put the third-year program on the map. In just the third game of the season, Weaver totaled 42 points against Berea College in a 95-94 win in double-overtime.

“That game was confusing because I told myself before the game that I wasn’t trying to do too much,” Weaver said. “I told the team when I got here that I didn’t come here to take over. I came here to take part and wanted to win. And, before the game, their student section got rowdy and was saying stuff, and it got me rowdy. So, their student section really riled me up into that 42-point game.”

Just 10 days later, Weaver followed up that performance with a 41-point showing against UC-Clermont. Weaver was a perfect 14-14 at the free-throw line in the game. Weaver also had 26 points against NCAA Division-I opponent Nicholls State.

Last Friday, he scored 32 points against Grand Lakes Christian College. Weaver has scored over 20 points in eight games this year.

“My individual goal for this season, I would say is that, if it is in God’s will, to be an All-American,” Weaver said. “Somebody coming from where I come from, you don’t hear this a lot. Other than Aaron Wheeler like six years ago, you don’t hear about people making it out of Morristown and actually doing something (athletically).”

As his junior season continues, Weaver’s goal for the Pioneers is to make it to Nationals and to win it all. As for the future, Weaver hopes to play overseas once his college career is over. For now though, he’s just focused on getting his degree and improving every single day.