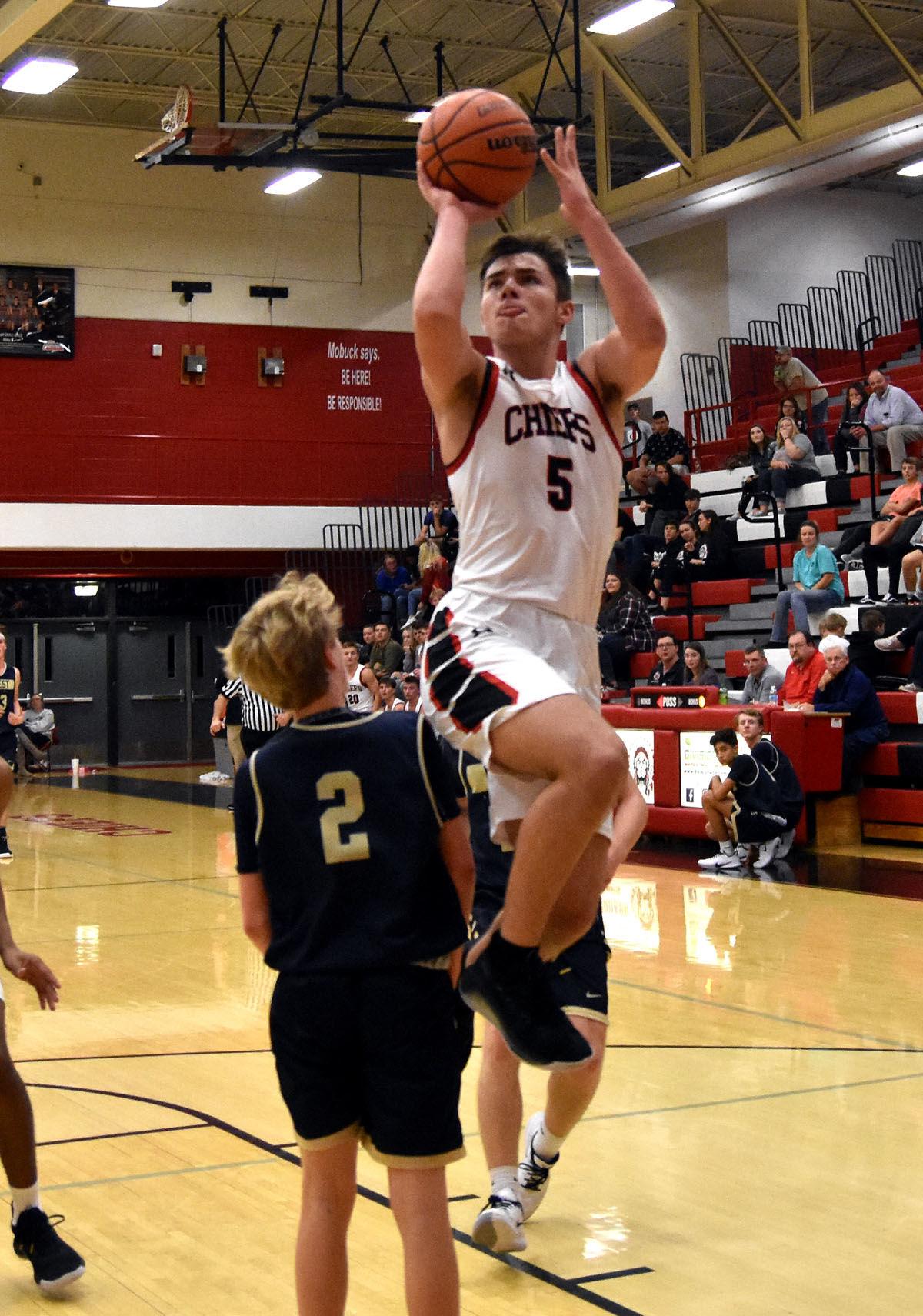 Cherokee’s Breiyden Gilliam drives in for a layup against West Greene. 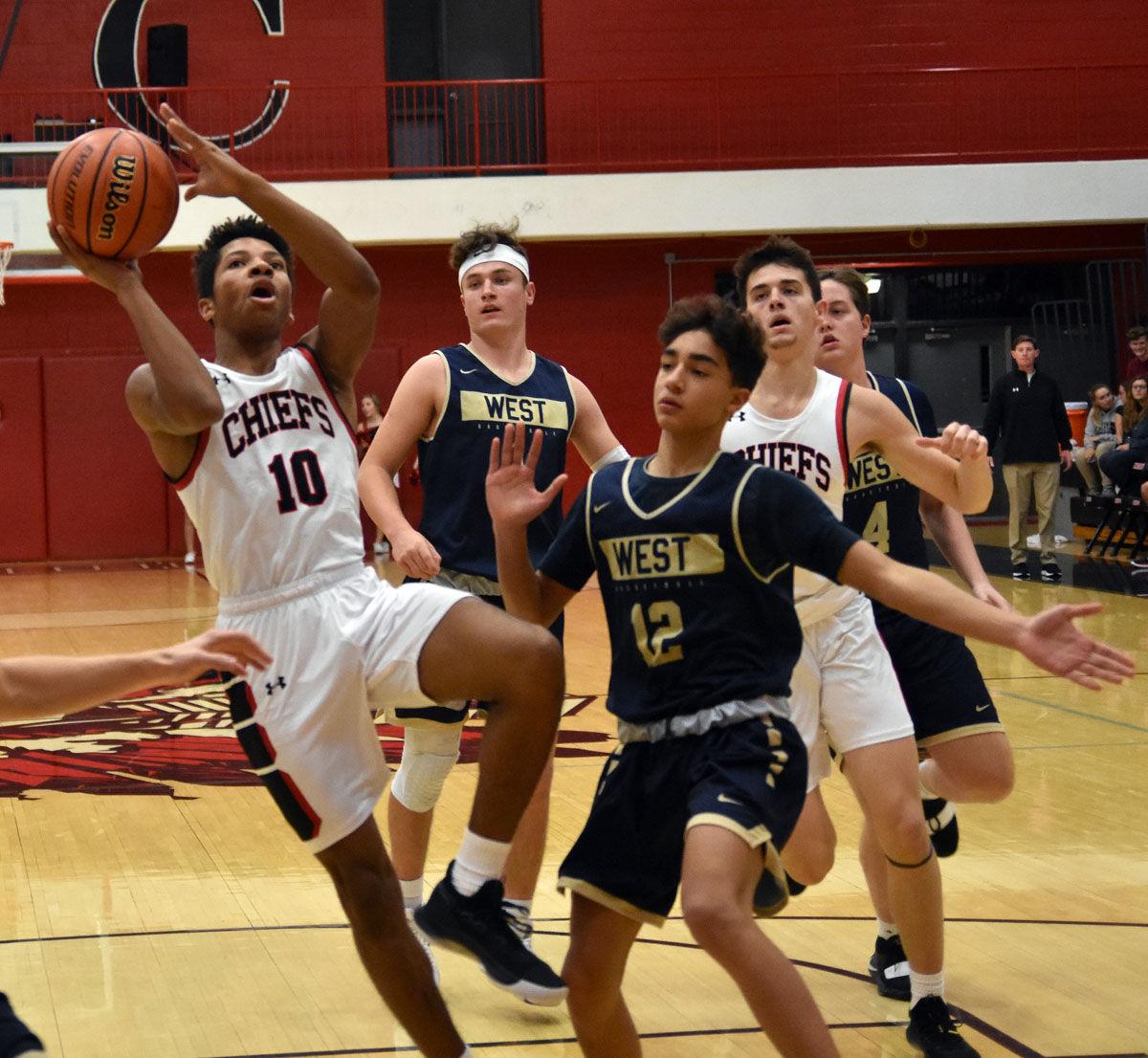 Cherokee’s Breiyden Gilliam drives in for a layup against West Greene.

ROGERSVILLE — Cherokee coach Trey Fields has been preaching the importance of defense to his team all season long and things finally clicked for the Chiefs in their game against West Greene in a 60-40 victory on Monday night.

The Chiefs held the Buffaloes to their third lowest point total of the young season. Breiyden Gilliam provided the offense for Cherokee, scoring 28 of the team’s 60 points. “We made some changes on defense and we are really still trying to find an identity from the defensive standpoint,” Fields said. “We had a talk about what we wanted to be known for and I feel like we are doing a decent job of rebounding and the effort is there. Now we have to move forward to work on what is going to be our best defense.”

Gilliam scored just under half of the total points Cherokee netted in the entire contest and Fields said he was a difference maker against the Buffaloes. “We are not a very big team so we have to do a better job of running sets and that is something Breiyden does an excellent job with. We had a talk about how if it’s not 80 percent likely he’s not going to get it, then don’t go for it. He did that better tonight and started judging his shots better. He has worked really hard on his game as he stayed after the game against Crockett last Friday night, was here today before school to work on his shot and then worked on his shot again at lunch. He has put in the work and I’m glad to see it pay off.”

The Buffaloes opened a 9-5 lead before Cherokee roared back with nine consecutive points, seven of which came from Gilliam. The Chiefs went to work to pad their 14-9 lead at the end of the first period as Gilliam opened the second with five straight points.

Several of Gilliam’s points came when he stripped the ball, raced to the other end and connected on a layup for the easy basket. His final steal and basket doubled up the score at 30-15.

West Greene, who is coached by Cherokee Hall of Fame member Jacob Deal, was able to get a four-point play from Leyton Frye as he was tackled on a triple that went in and he was fouled on the play.

That didn’t seem to bother the Chiefs that much as they maintained their pressure defense and forced turnovers by the Buffs.

After Cherokee entered the fourth period with a 47-32 lead, they scored the first nine points of the fourth which included five points from Gilliam. The Cherokee defense didn’t allow a field goal in the final 3:40 of the contest and went on to the 20-poiont non-conference victory.

The Chiefs will return to conference action on Friday when they host Daniel Boone.

Ty Steisslinger scored 17 for the Trojans. T.J. Allen had nine and John Statzer finished with eight.

The Fighting Cocks were led by Austin Costner with 16 points