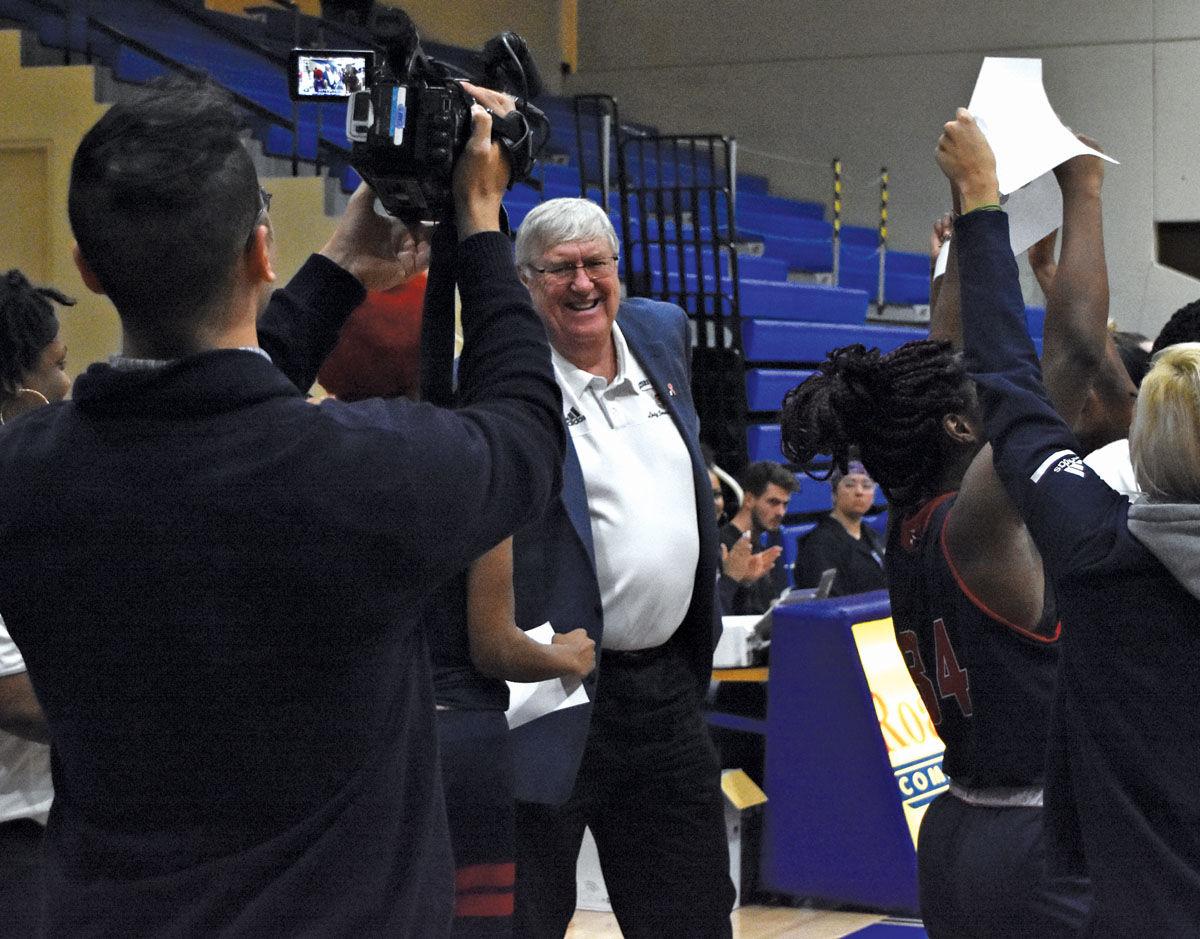 Walters State coach Dave Kragel huddles with his team during Wednesday’s game against Roane State. The win over the Lady Raiders was Kragel’s 1000th career win. 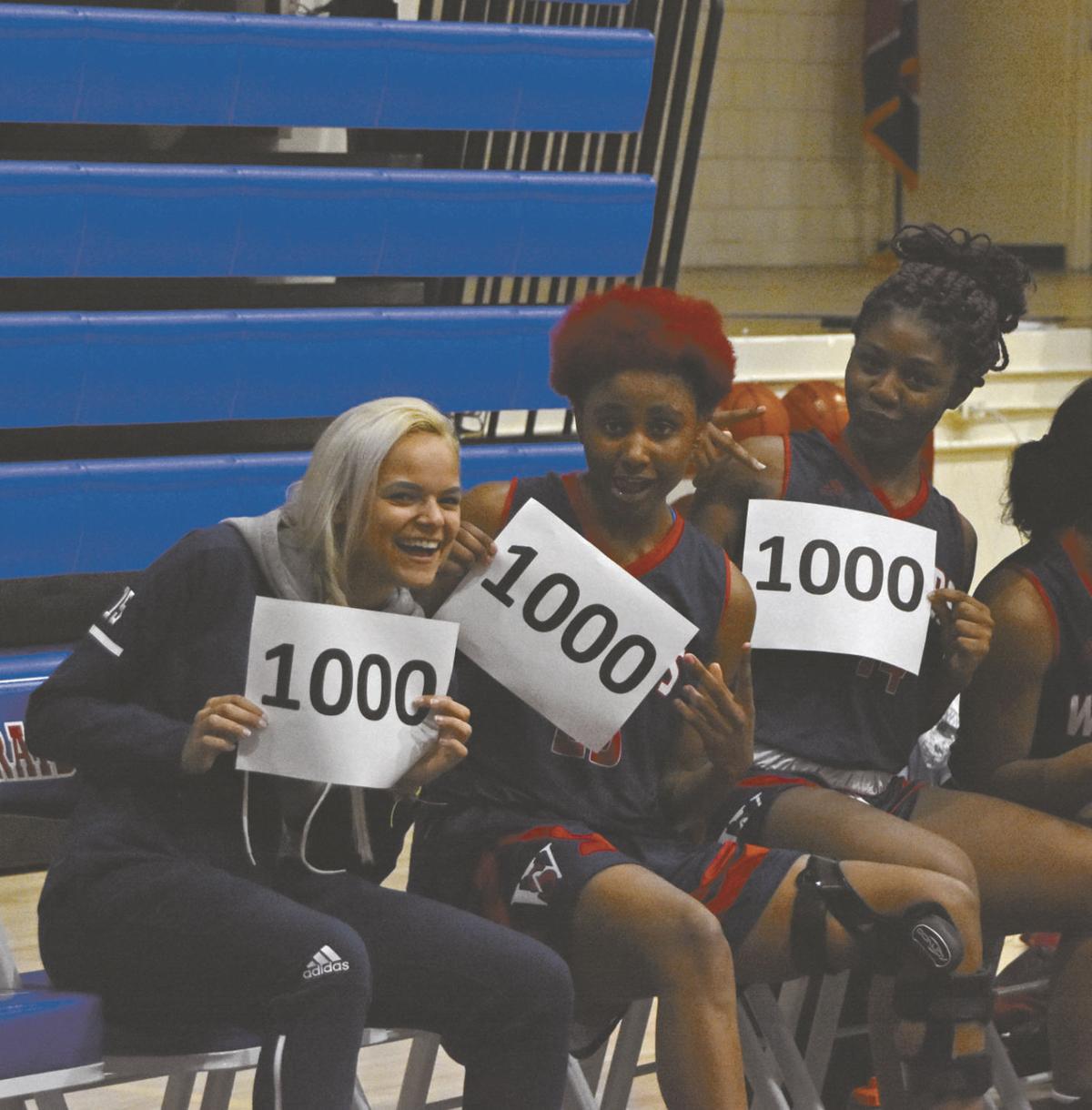 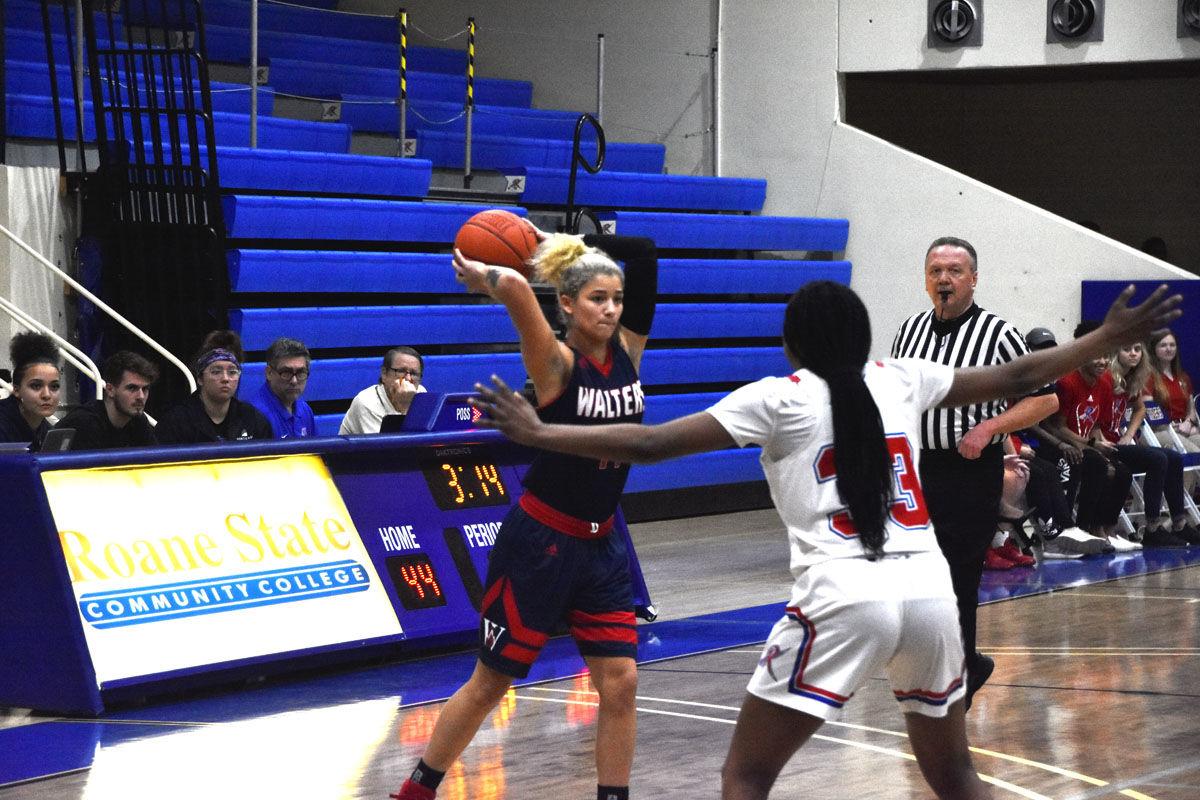 Walters State coach Dave Kragel huddles with his team during Wednesday’s game against Roane State. The win over the Lady Raiders was Kragel’s 1000th career win.

Walter’s State’s Dave Kragel joined this exclusive club on Wednesday night when the Lady Senators took down Roane State 96-66. Kragel is the first women’s coach in NJCAA history to achieve the 1,000-win mark.

It was the Lady Senators 11th win of the season, and they improved to 8-0 in TCCAA play. Under Kragel, Walters State has won 54 straight conference games. The last conference loss came on January 13, 2017 to Motlow State.

“I never thought this would ever happen,” Kragel said. “It’s all been because of the players playing for me. They’ve bought into what we have tried to do. The main reason that I coach is to get these kids scholarships, so that they can go somewhere else to play. That’s what it is all about.”

This is Kragel’s 43rd season as coach of Walters State and all 1,000 wins have come while the head coach of the Lady Senators.

In 2014, Kragel was inducted into the National Community College Coaches Athletic Association Hall of Fame.

“When my wife and I came here, we were planning on being here for three years,” Kragel said. “And we now have five grandkids and my sons are married and they have all gone to Walters State. It’s been a wonderful situation.

“I grew up in a real small town in Iowa. You don’t expect this to happen. I wasn’t planning on being a basketball coach. I had my business degree and was ready to sell insurance before I was offered this job and I have been here ever since.”

The signature win came relatively stress-free for Kragel as the Lady Senators led from start to finish. Jamya Rogers led Walters State with 20 points while Paris Mullins and Blayre Shultz each had 16. Shultz and Alexis Trice each hit four 3-pointers.

The Lady Senators broke out to a six-point lead in the first quarter before out-scoring Roane State 24-12 in the second quarter to take an 18-point lead into the half.

Any chance of a comeback was put to bed in the third quarter with the Lady Senators hitting five 3-pointers and taking a 29-point lead into the fourth. They were on cruise control the rest of the way.

While this team has been different for Kragel, with just two sophomores and the rest freshmen, the message and goal of getting them to a four-year college has stayed the same through his 43 years at Walters State.

“Two of my players last night played against Connecticut, and my post player had 20 and 10,” Kragel said. “I get a lot of satisfaction on what my kids are doing after they play for me. I have had a lot of phone calls and emails the past couple days. It’s been great. I love the people who have played for me.”

Walters State will be back in action on Saturday, taking on Jackson State at home at 2 p.m. For now, Kragel is going to enjoy the milestone.

“I don’t know how many can go to work everyday and enjoy going to work everyday,” Kragel said. “And I have had that for the past 43 years. It’s been a great life. I love the competition, and I love being around the players.”