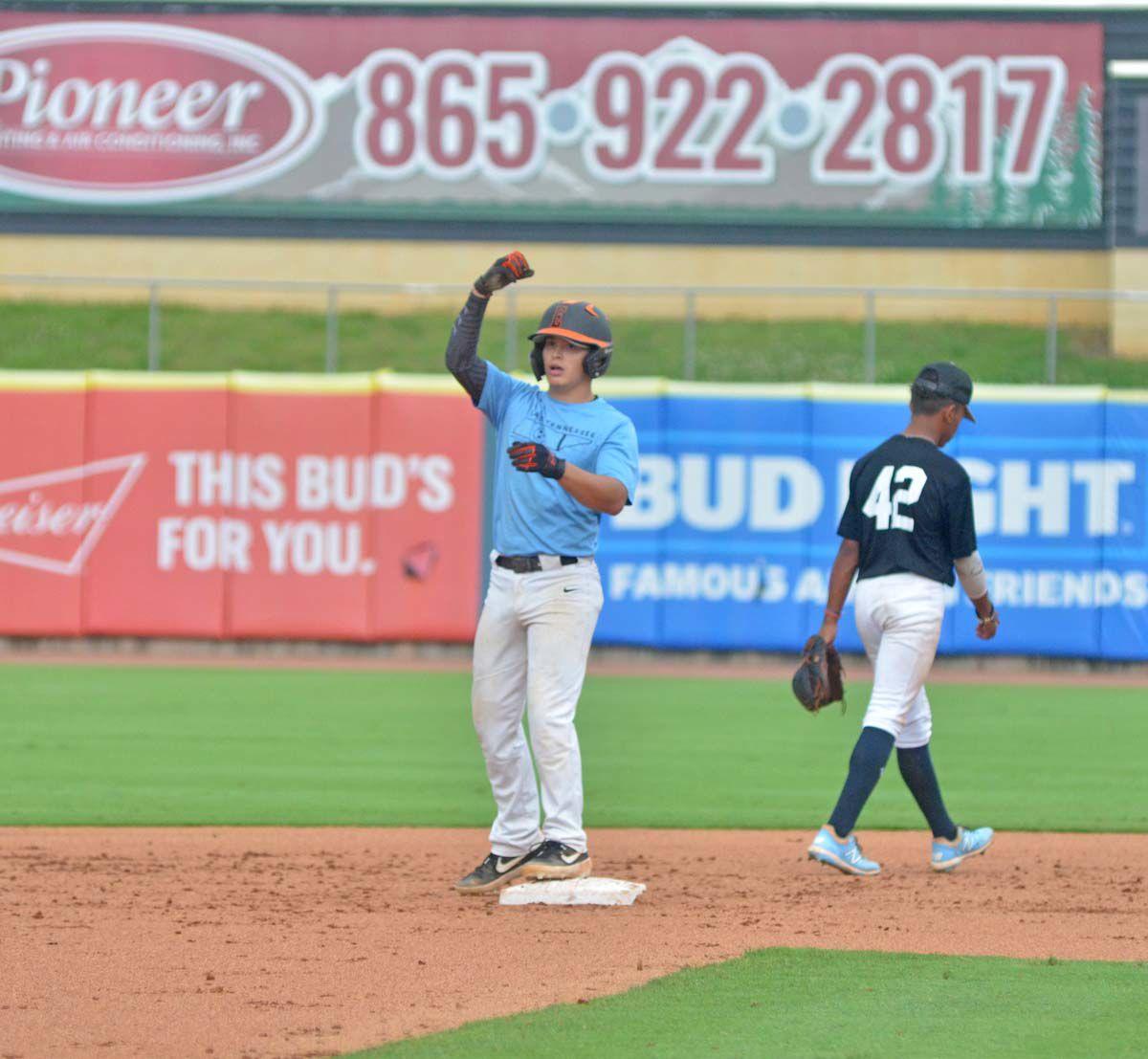 Morristown’s Jacob Gossett celebrates after hitting a double in the third inning of Tuesday’s game. 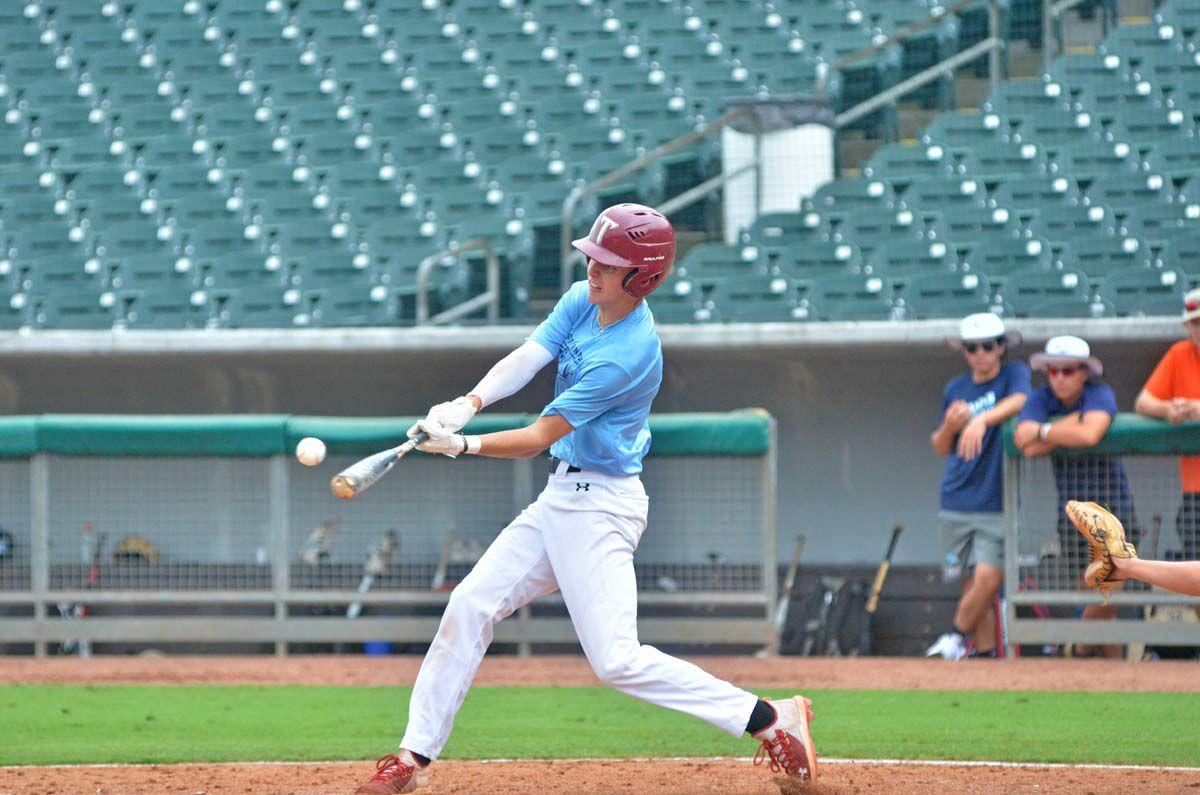 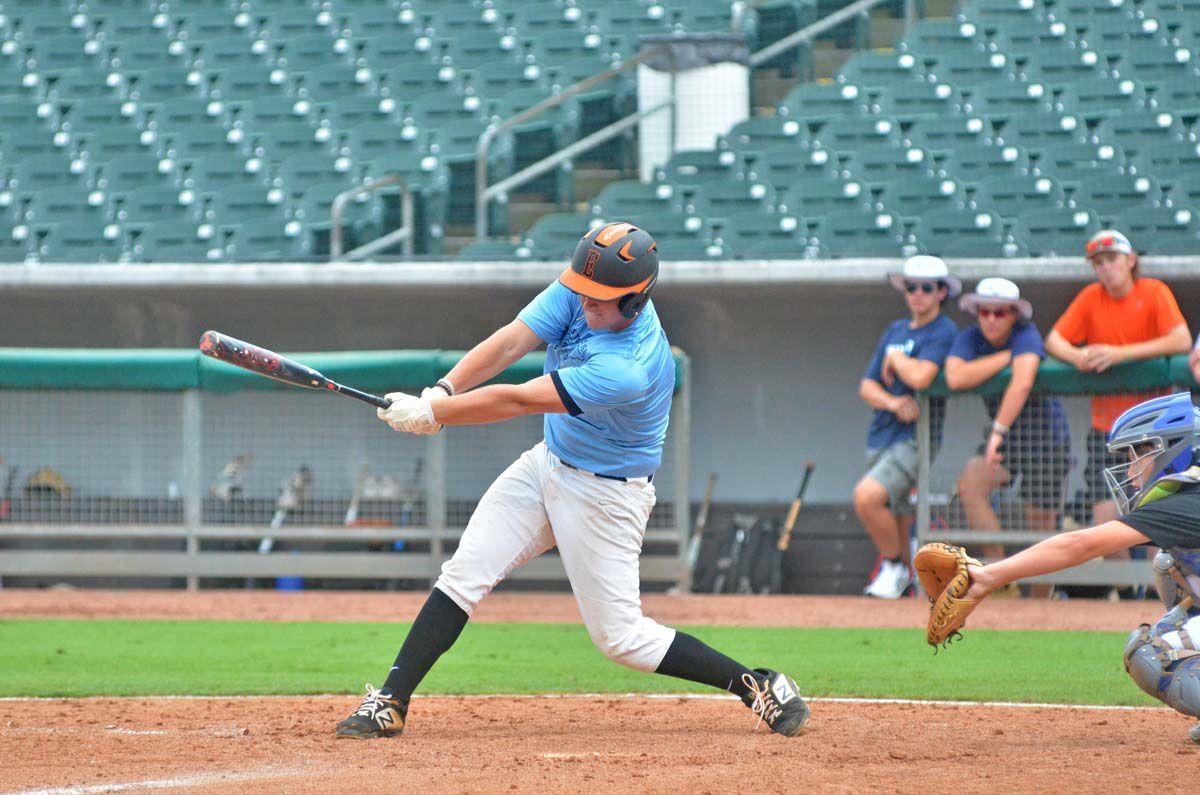 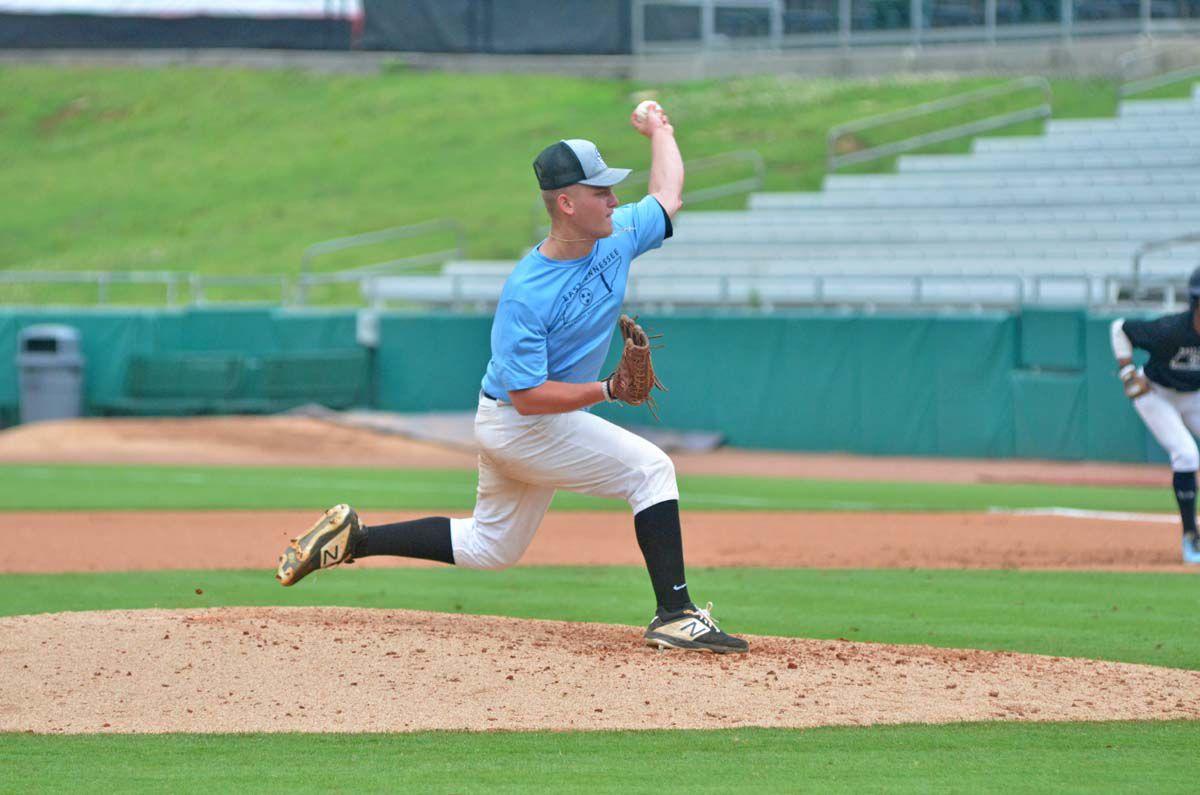 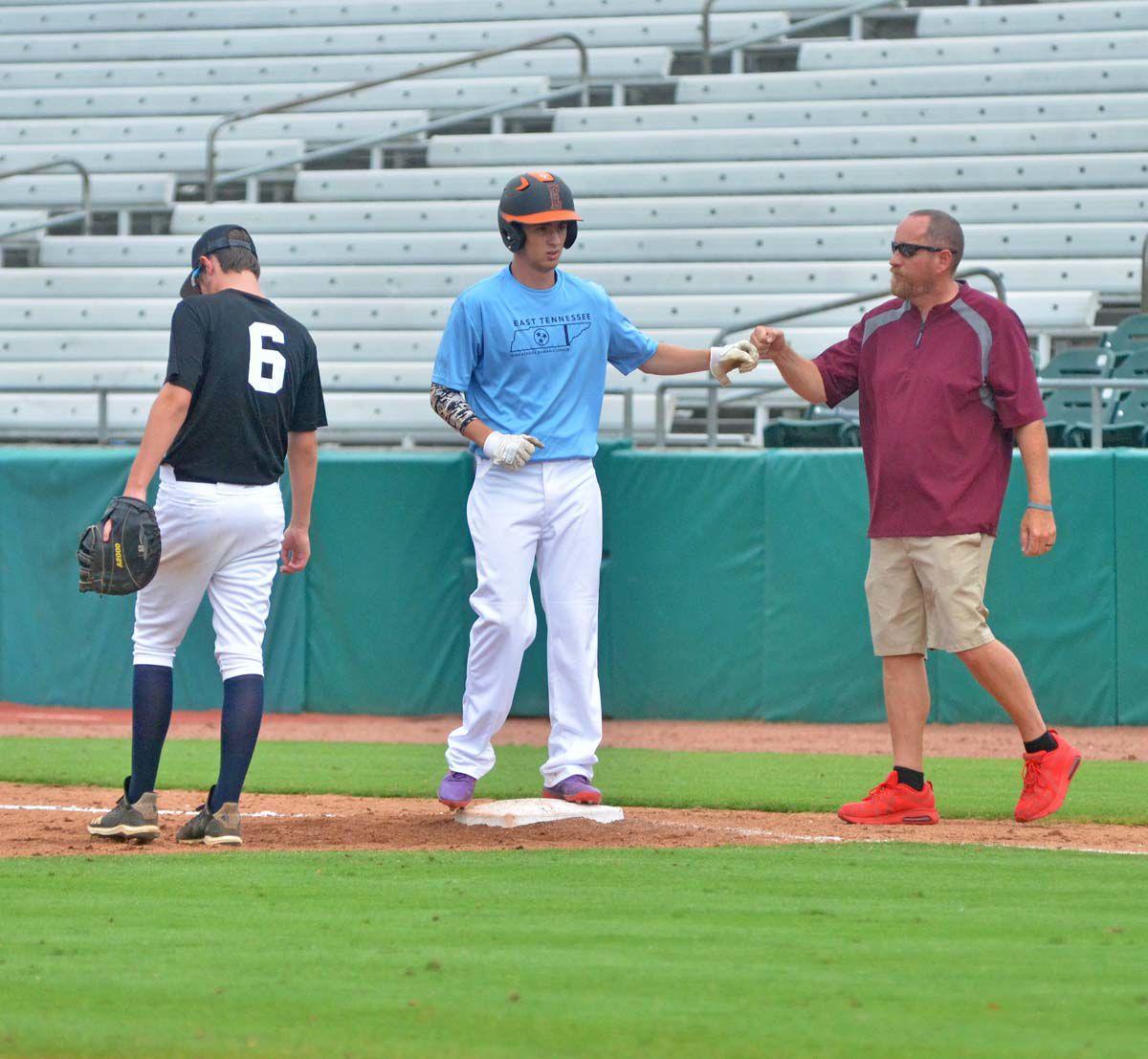 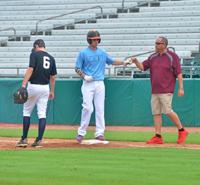 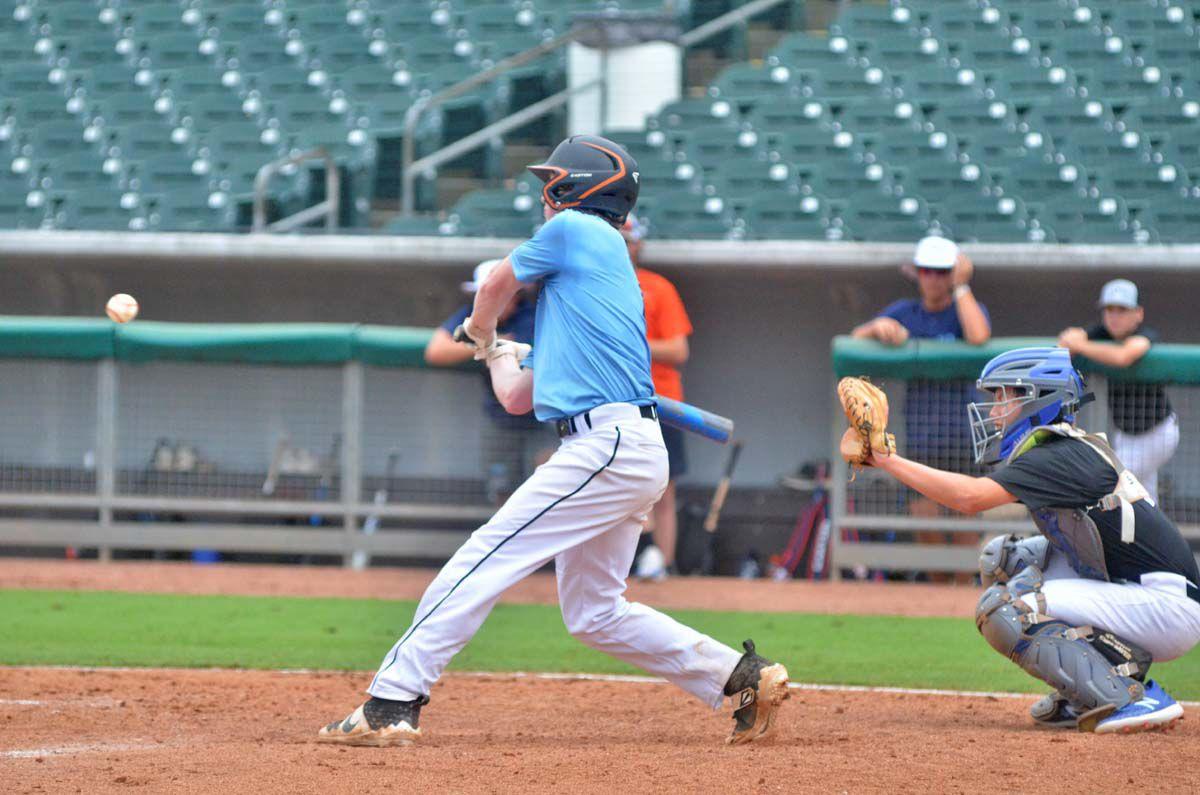 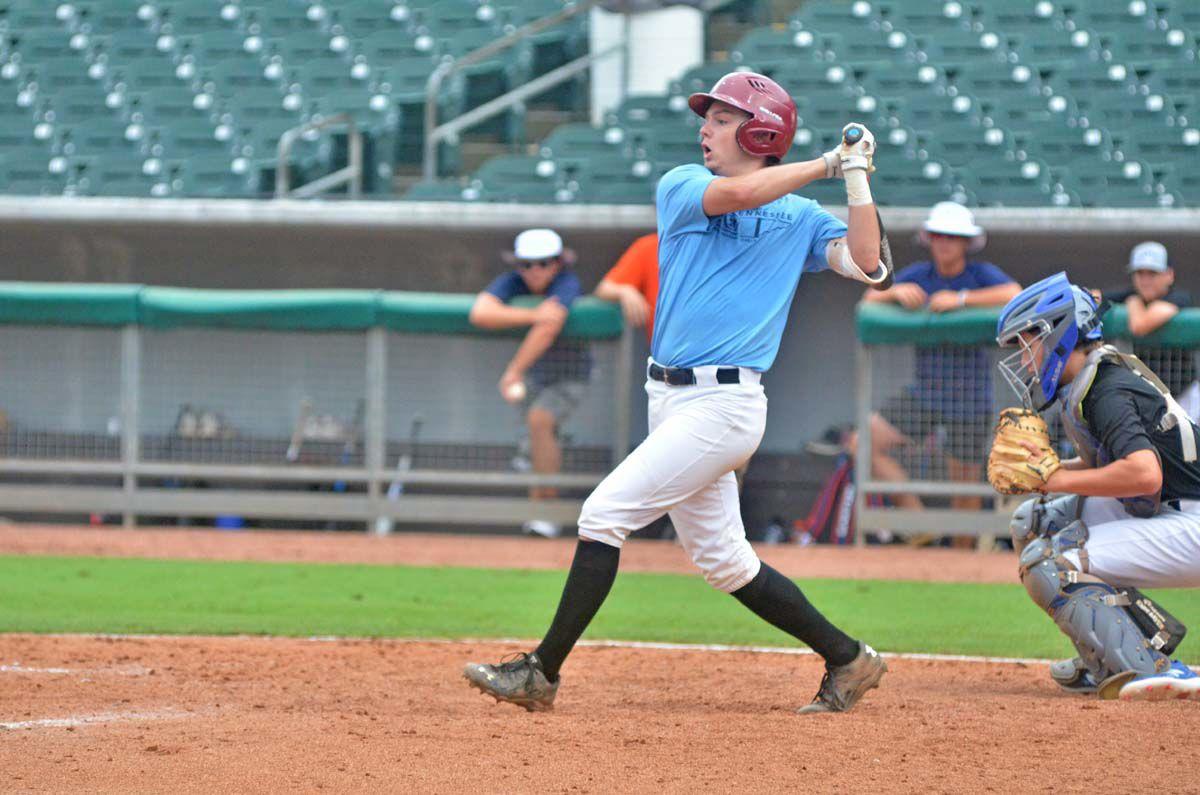 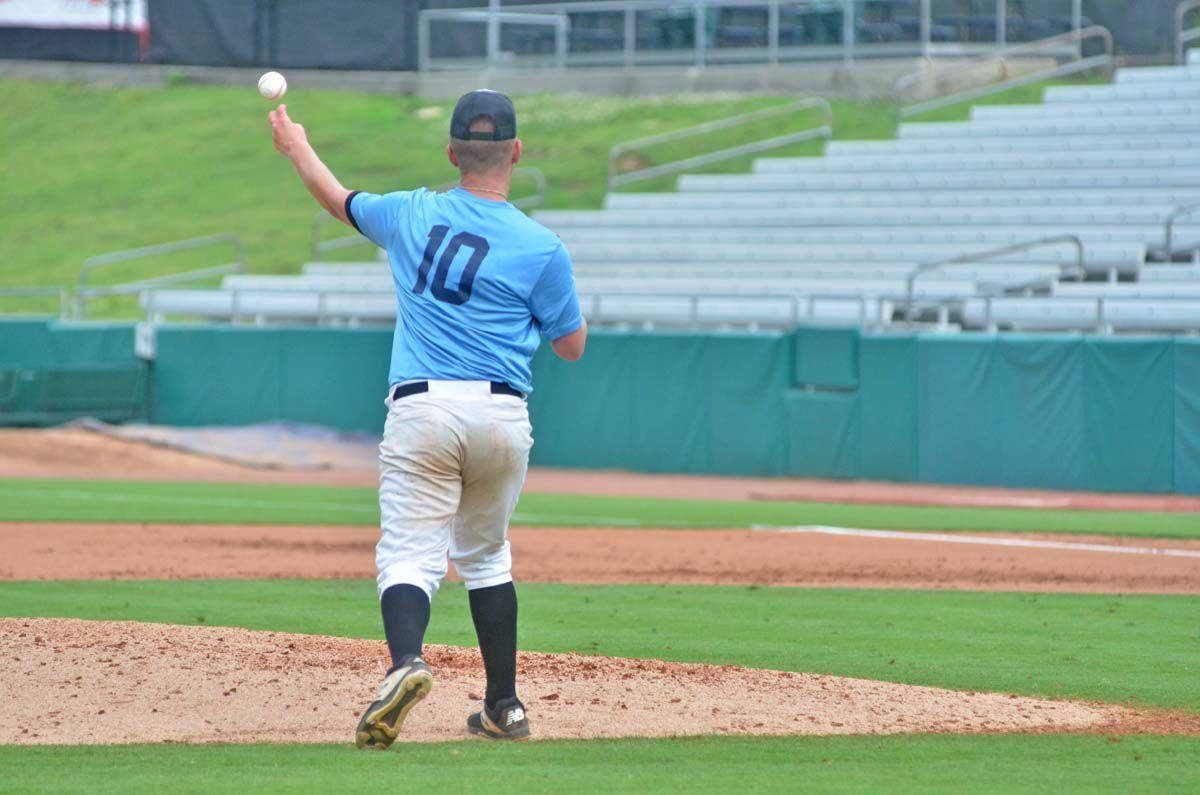 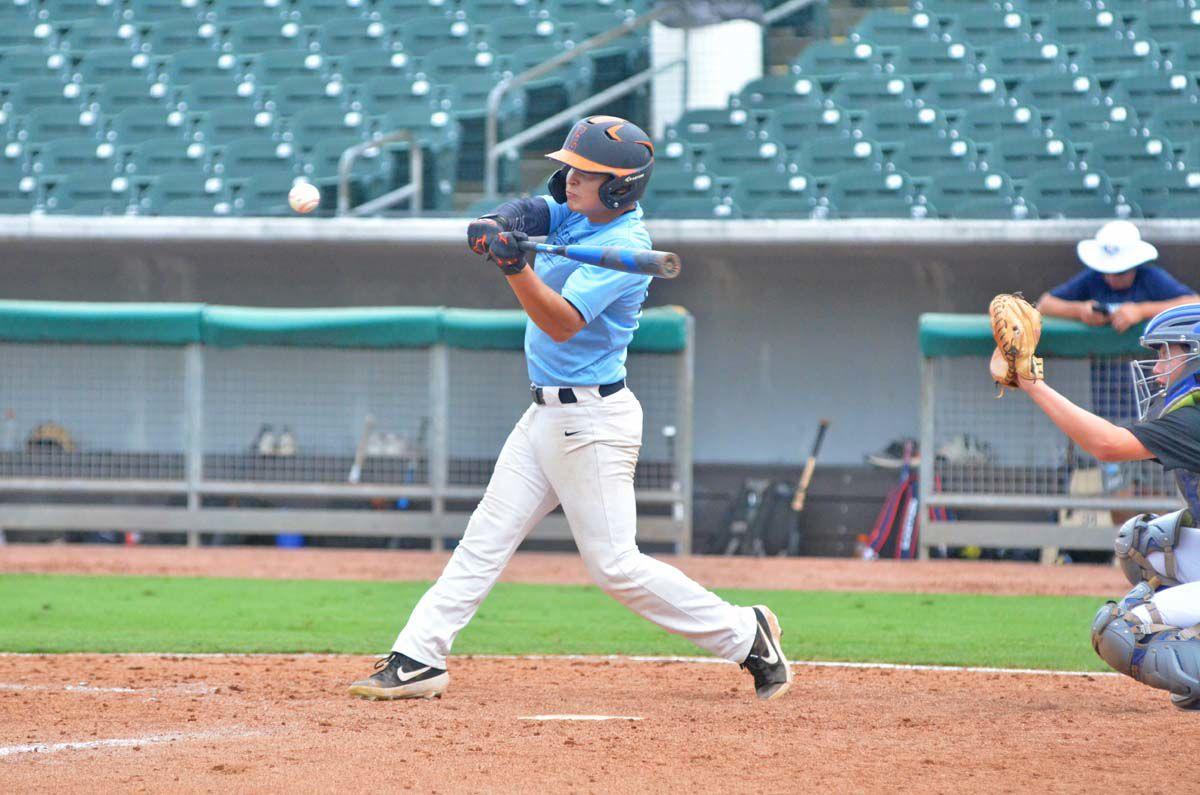 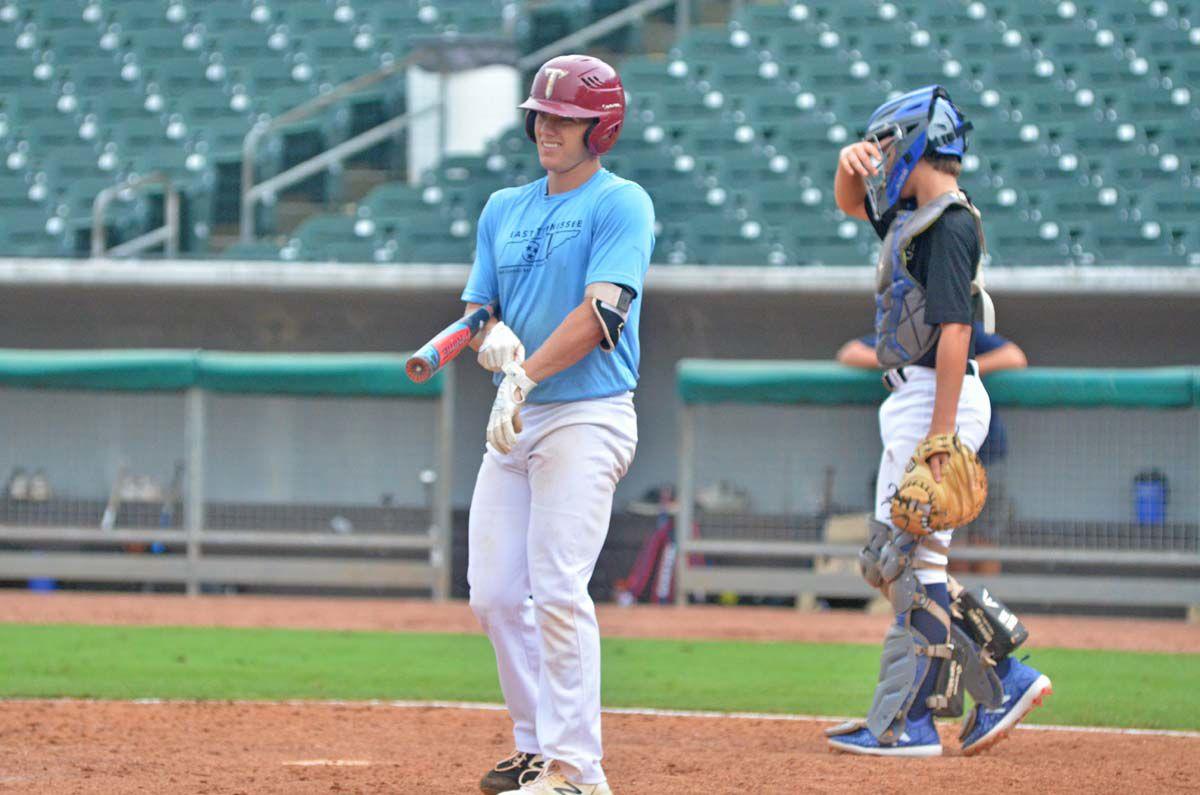 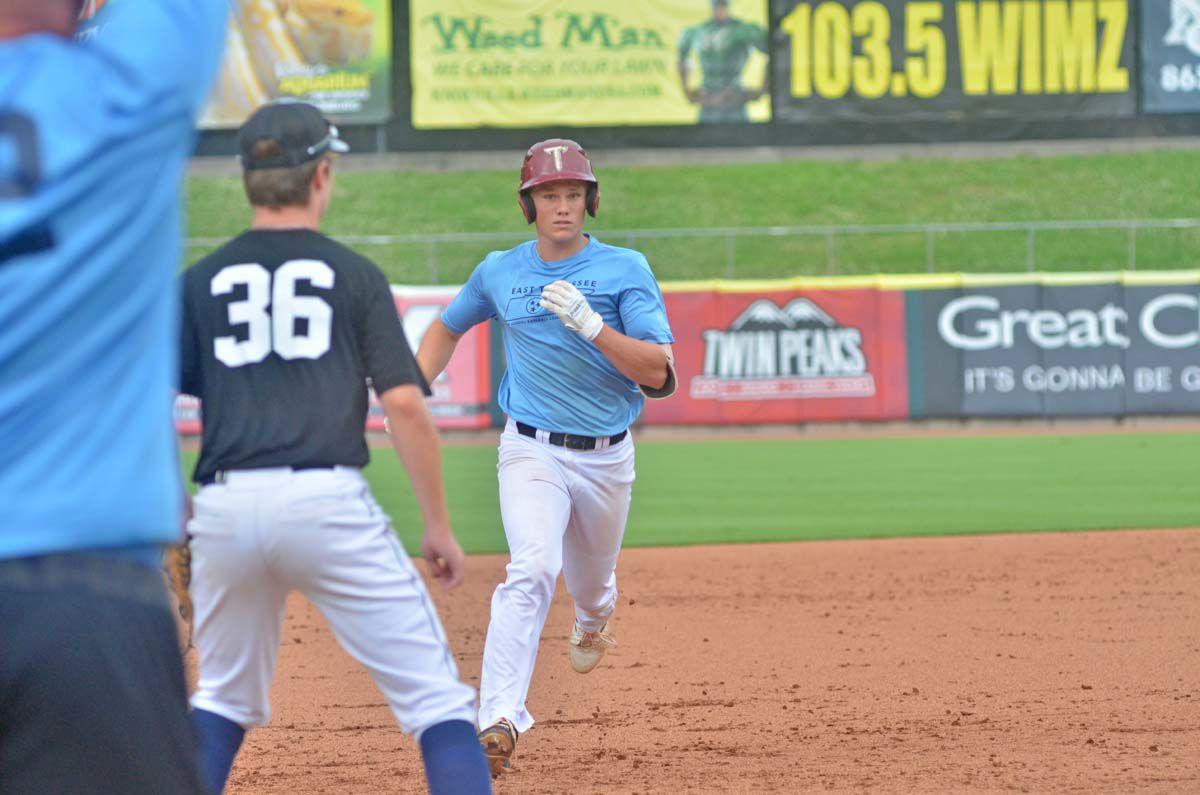 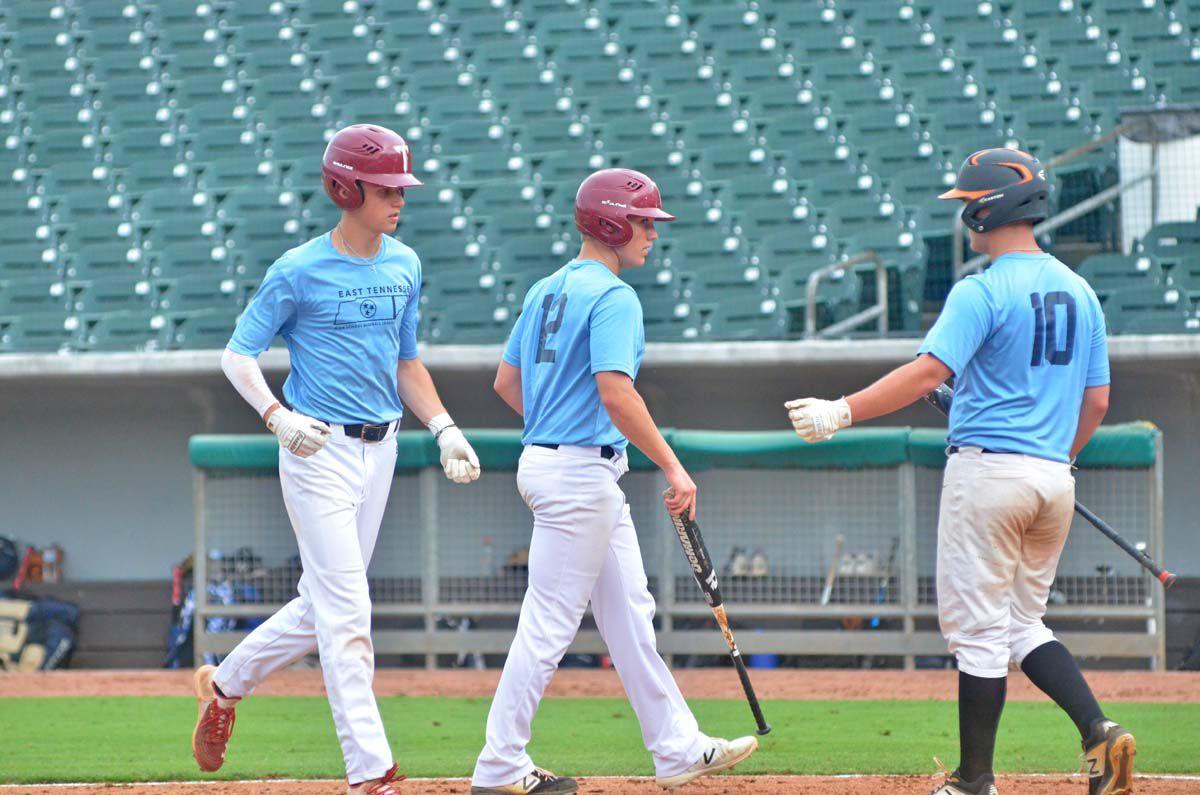 Morristown’s Jacob Gossett celebrates after hitting a double in the third inning of Tuesday’s game.

KODAK -- With a full squad available for one of the first times all season, the Morristown Sandlot baseball team showed just how good of a team they can be on Tuesday evening at Smokies Stadium.

Morristown got out to an early 6-1 lead on the Hardin Valley Valley Hawks and broke the game open, scoring 11 in the top of the seventh to grab their third win of the season, 17-1.

“I thought that we were good in all three phases,” Morristown coach Tim Johnson said. “I thought our defense was good, good pitching and we started hitting the ball. This is kind of what we envisioned when we started out as a team.”

Joey Johnson got the start on the mound for Morristown and pitched four solid innings, allowing one run and striking out four.

Joey Johnson had help behind him as the Sandlot defense has consistently improved throughout the season. In the first inning, Joey Johnson struggled but a textbook double play got him out of the jam. Naylen Turner finished the game off in style with a diving stop and flip to second.

“As a team, we’ve figured out where we need to be,” Tim Johnson said. “It makes everything better when we have everyone together getting reps. We were able to throw strikes and let the defense play. The defense is playing a lot better now. We got that double play right off the bat.”

Camden Lovin pitched the fifth and the sixth inning, throwing two scoreless. Lovin, a member of the All-Star team, has thrown 13.2 innings this season, boasting a 0.51 ERA and striking out 19. Carson Barry pitched a scoreless seventh.

Offensively, Morristown totaled 16 hits, nine in the seventh inning. Nate Watson led the charge for Morristown with four hits, two triples, a double and a single, and knocked in four runs.

Watson, the Walter State signee, joined the Sandlot team late and has found his groove over the last week and a half.

“If we get Nate going, it just makes everything else come together for our team,” Tim Johnson said. “It builds our confidence, and it’s going to be good the rest of the season if we keep this up for sure.”

Along with Watson, Jacob Gossett, batting in the nine spot, had three hits and knocked in two runs. Joey Johnson and Turner each had two hits.

“We talked about wanting to work on our approach and to not swing at the first pitch and go deep into at bats,” Tim Johnson said. “I think that really helps with the batters to see more pitches. That all came to head in the sixth and seventh inning.”

Morristown enters the All-Star break with a 3-2-1 record which puts them in fifth place. The top six teams in the league make the playoffs at the end of July. The Sandlot will be back in action on July 6 as they take on the undefeated Hardin Valley Knox Hawks. First pitch is scheduled for 7:30.

Late rally not enough for Newport in loss to Kodak

For the first time all game, the Newport Cocks had the momentum.