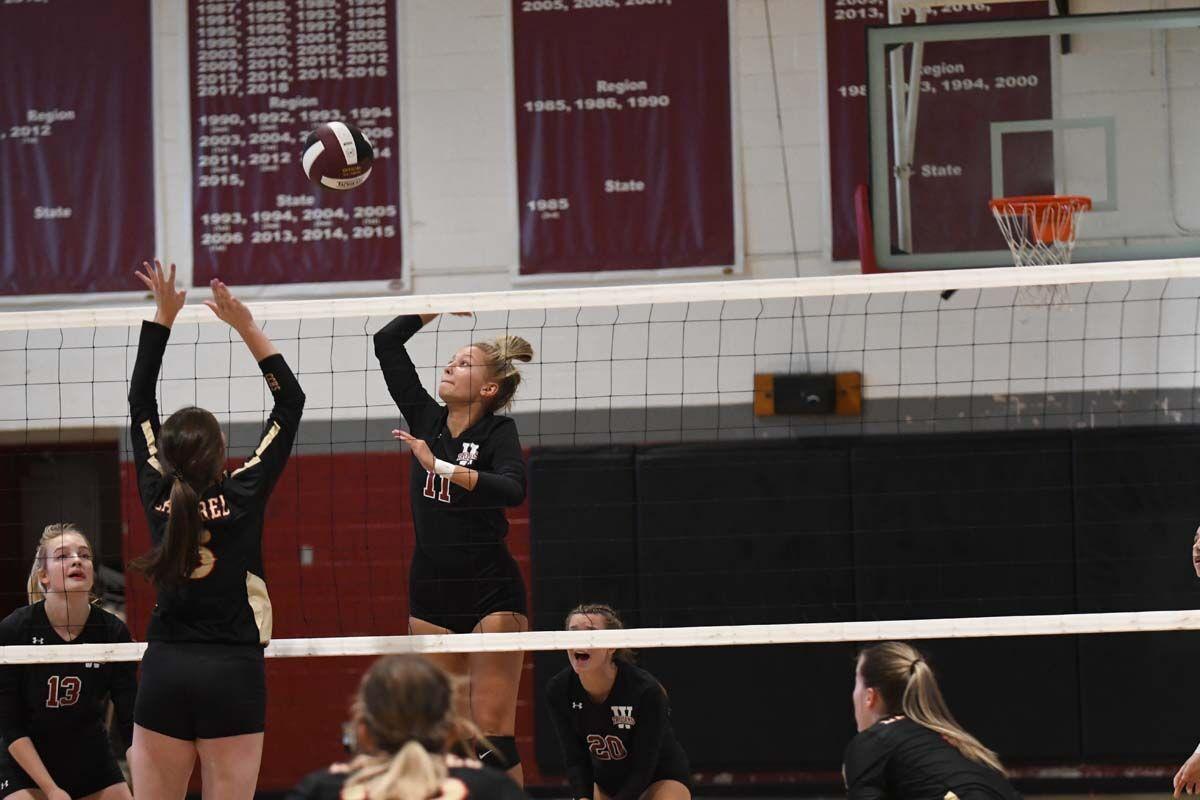 Morristown West’s Hadlee Long (11) goes for a kill on Tuesday night against Cocke County. The Lady Trojans won in five sets over the Lady Red. 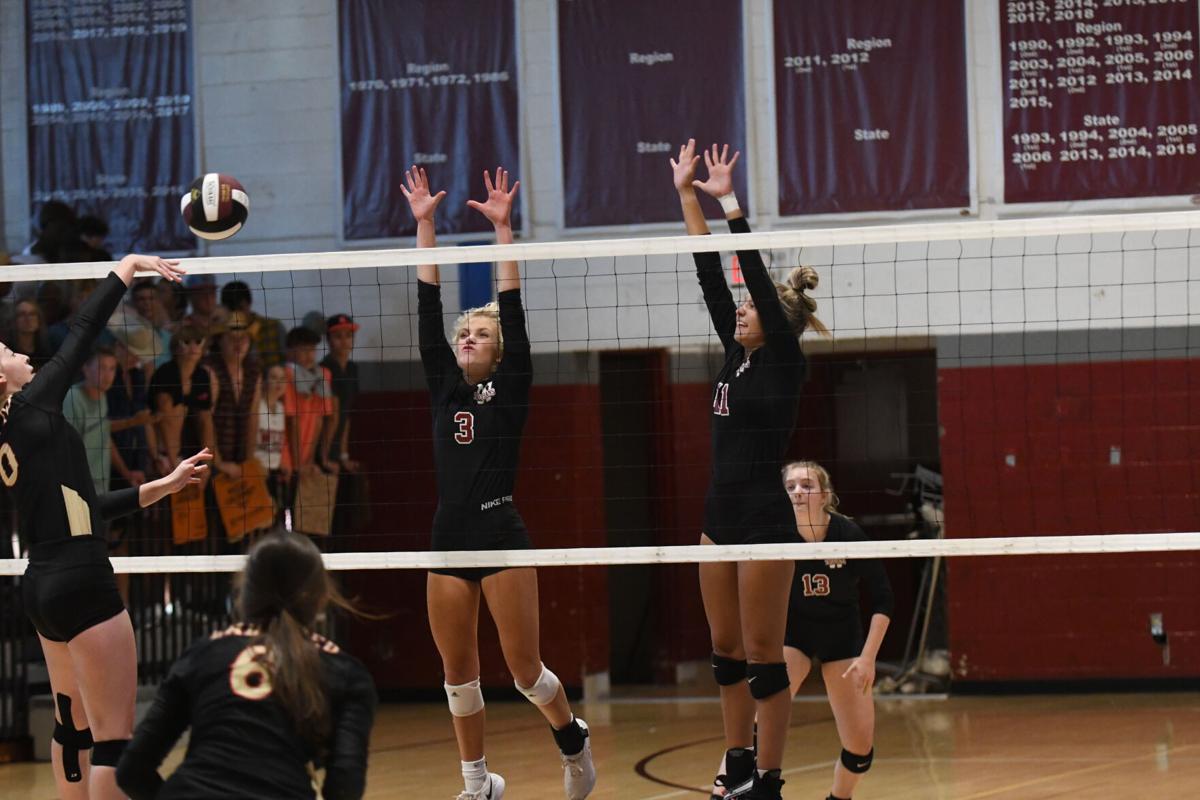 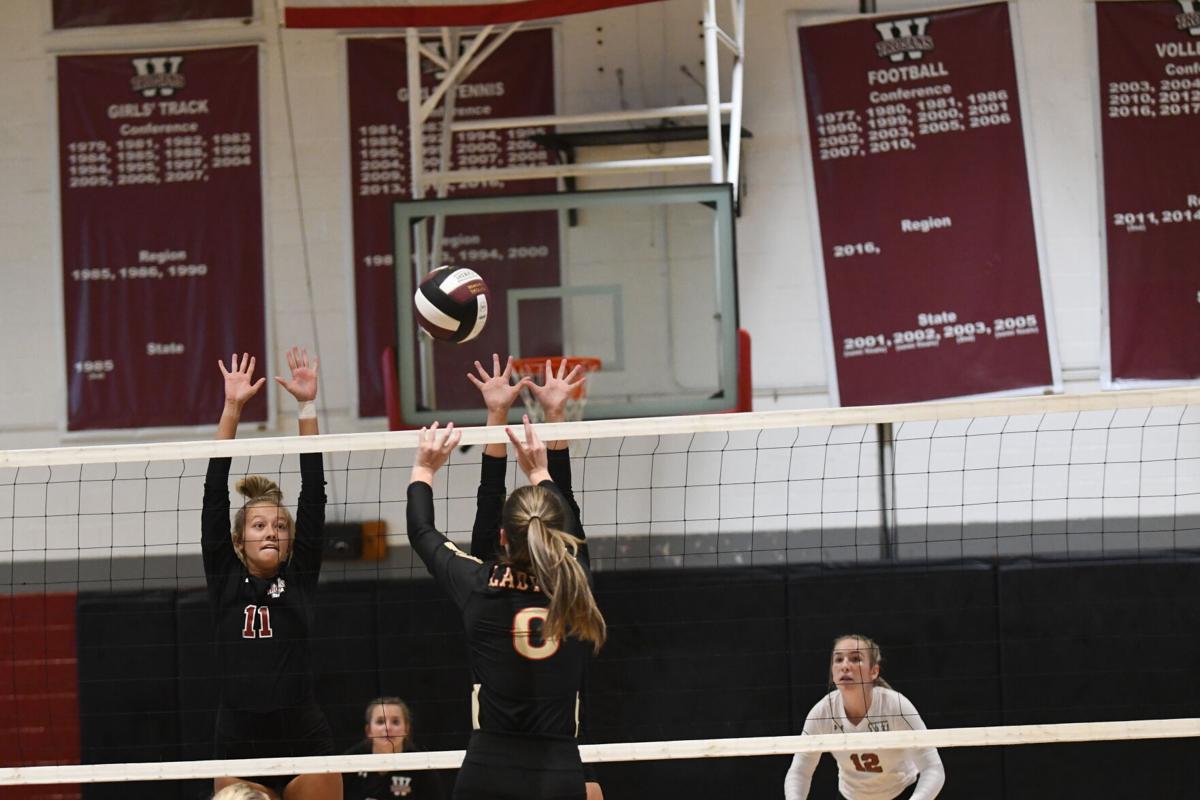 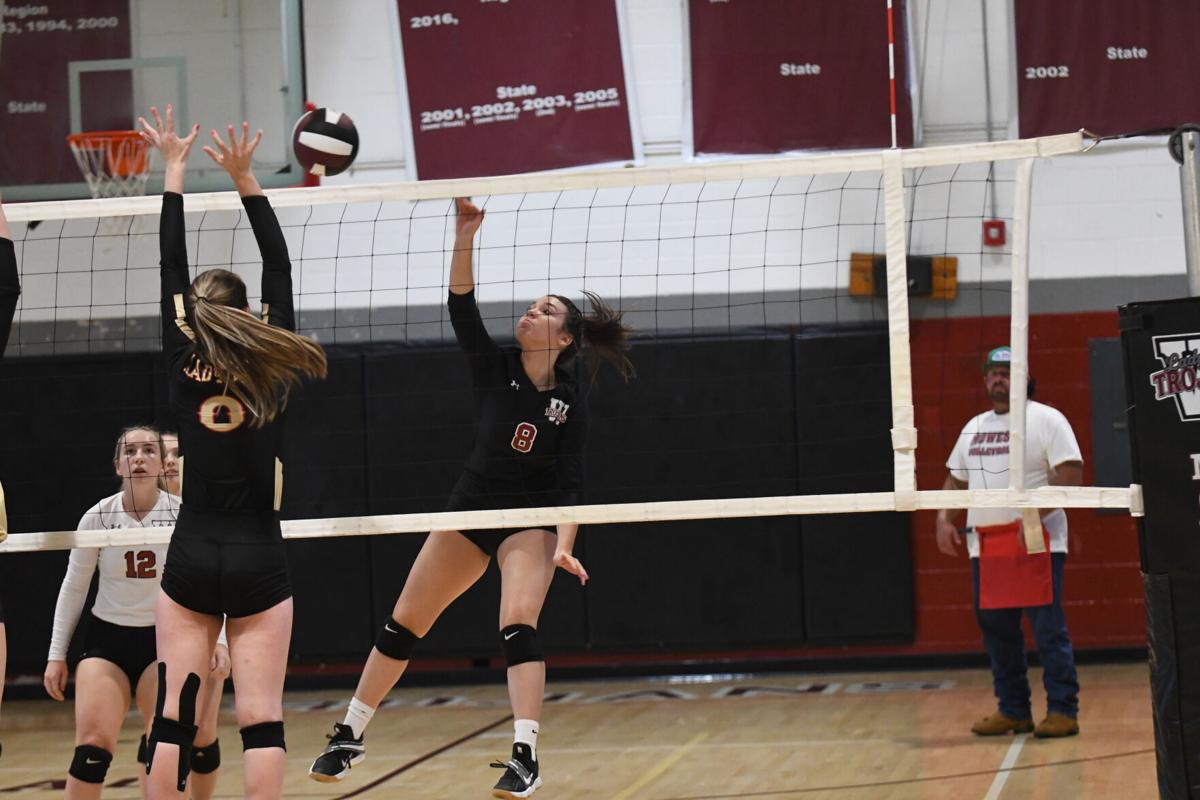 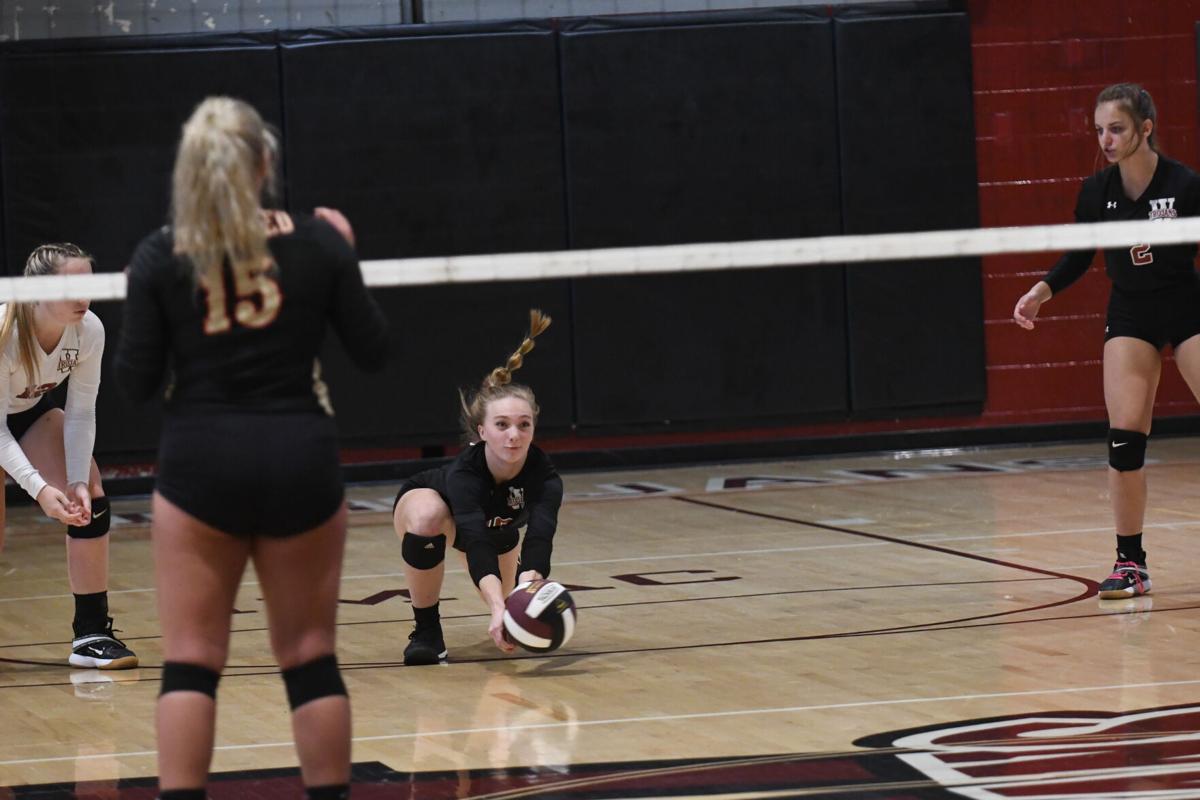 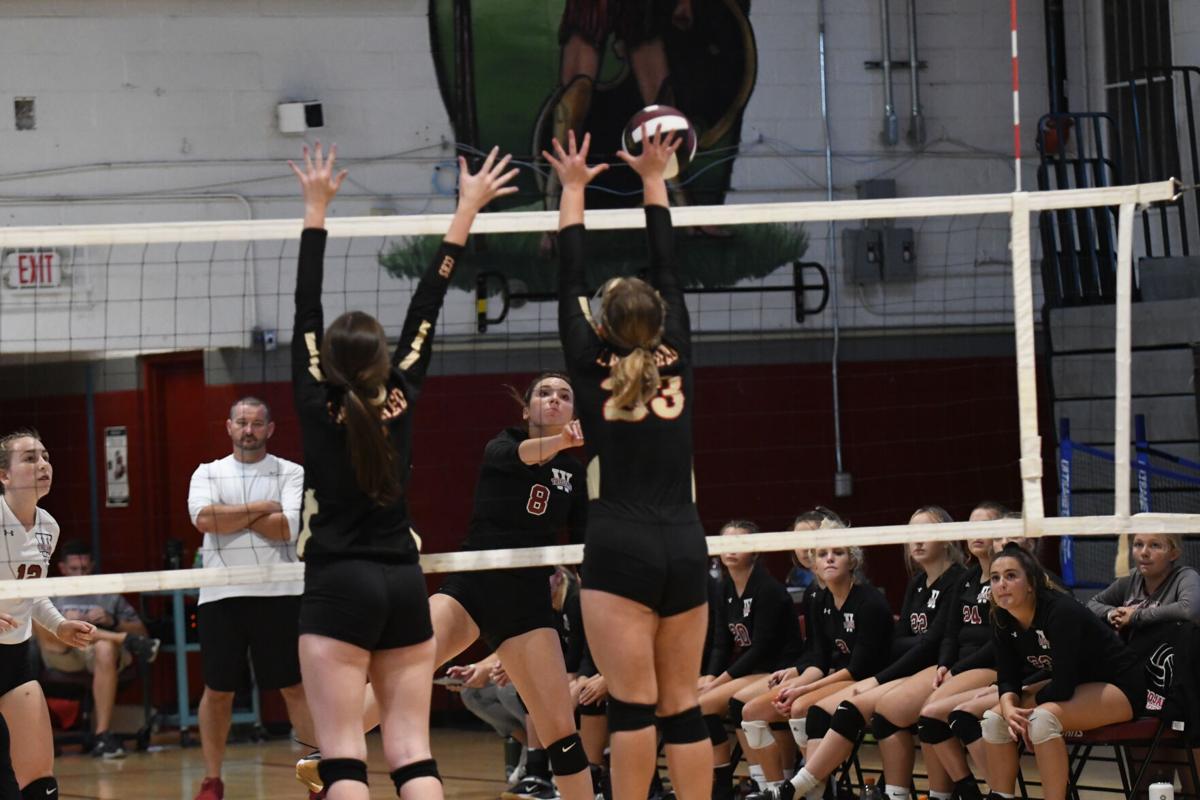 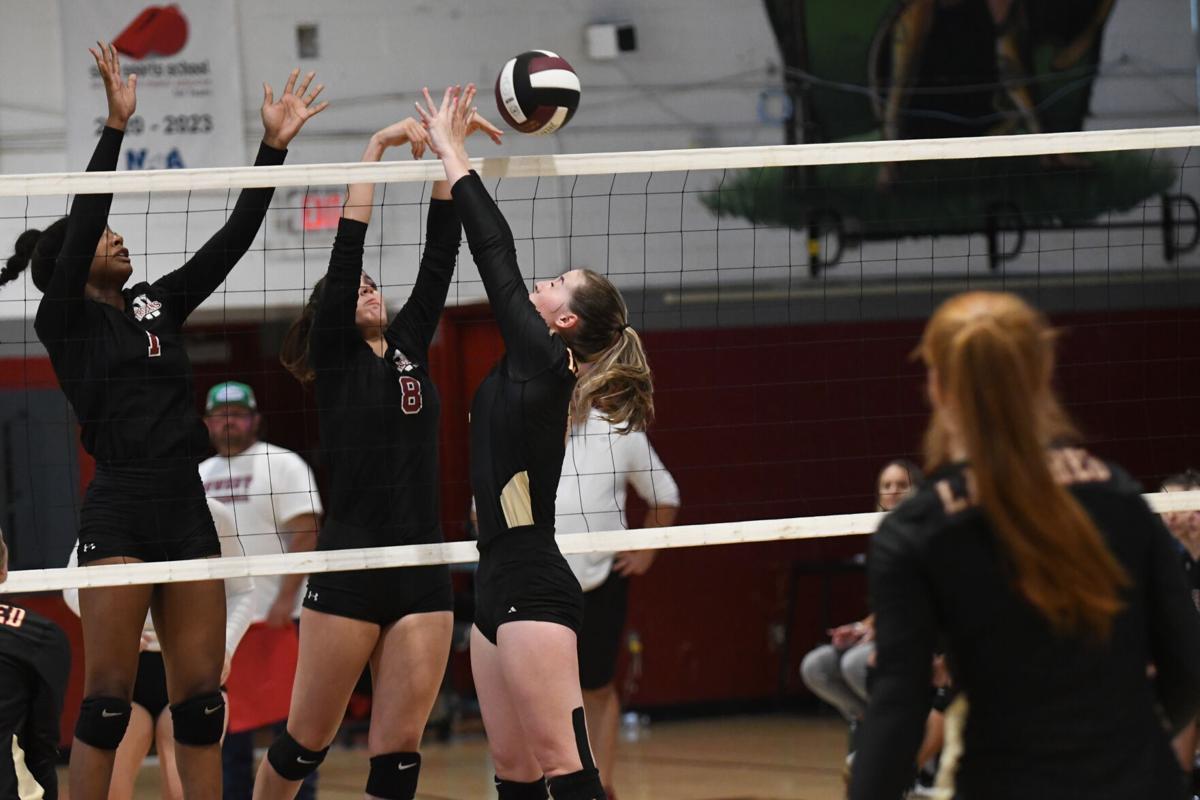 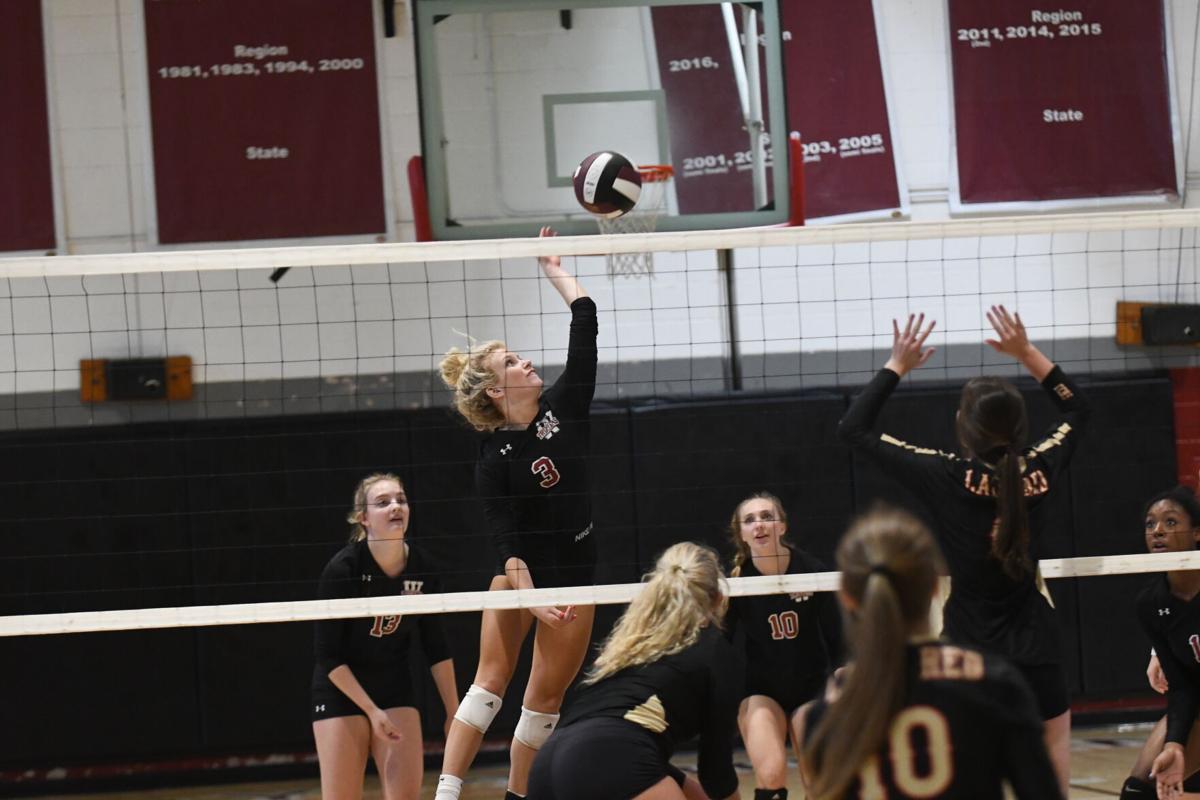 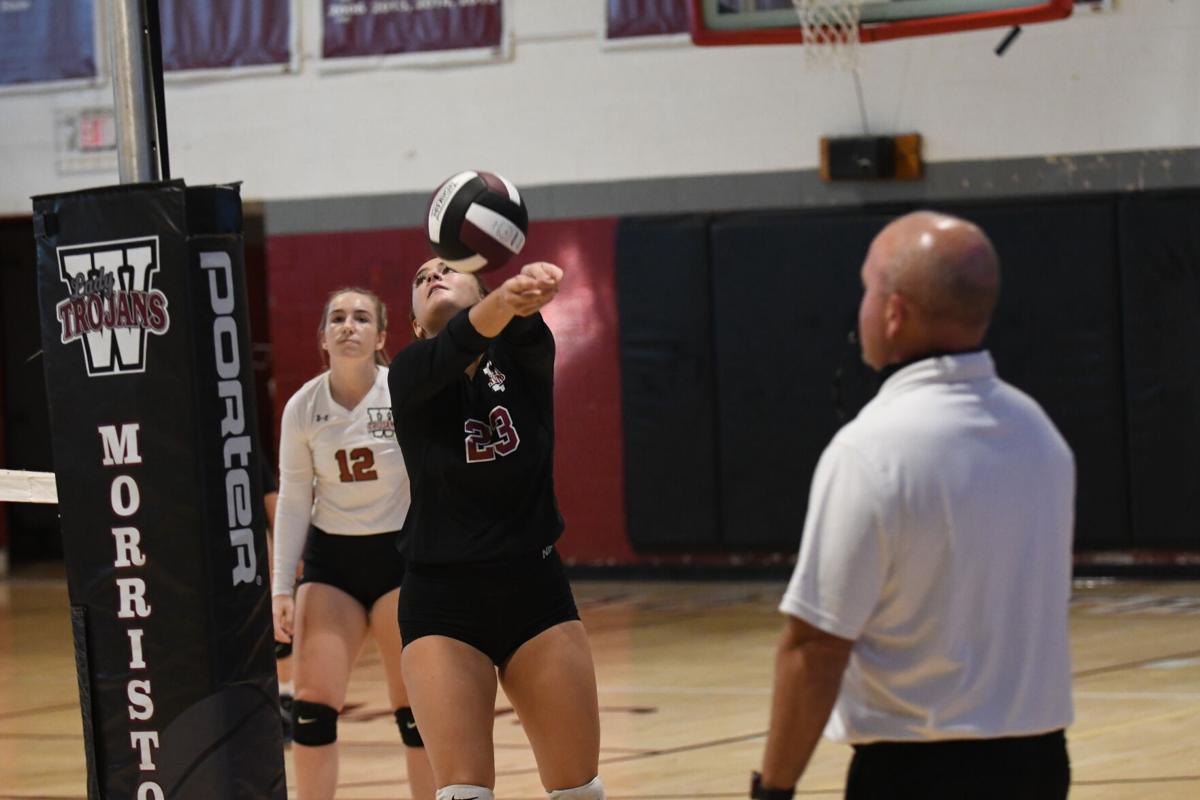 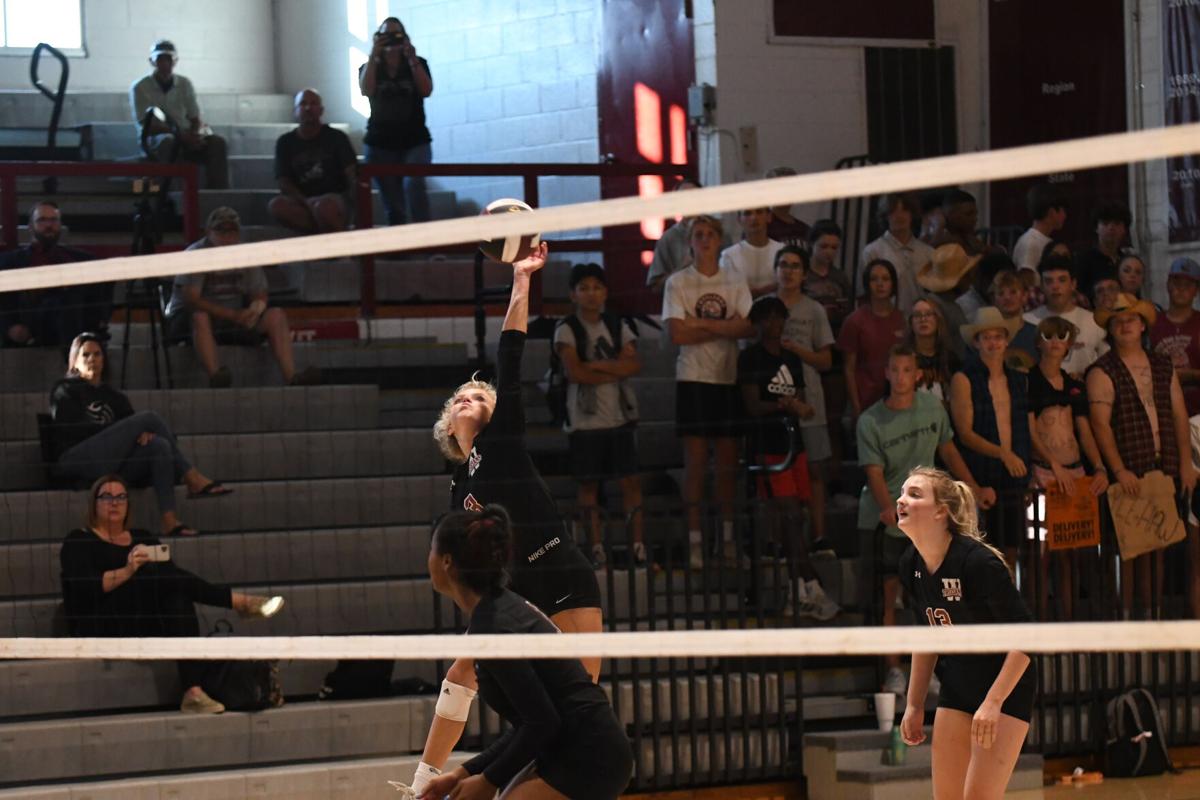 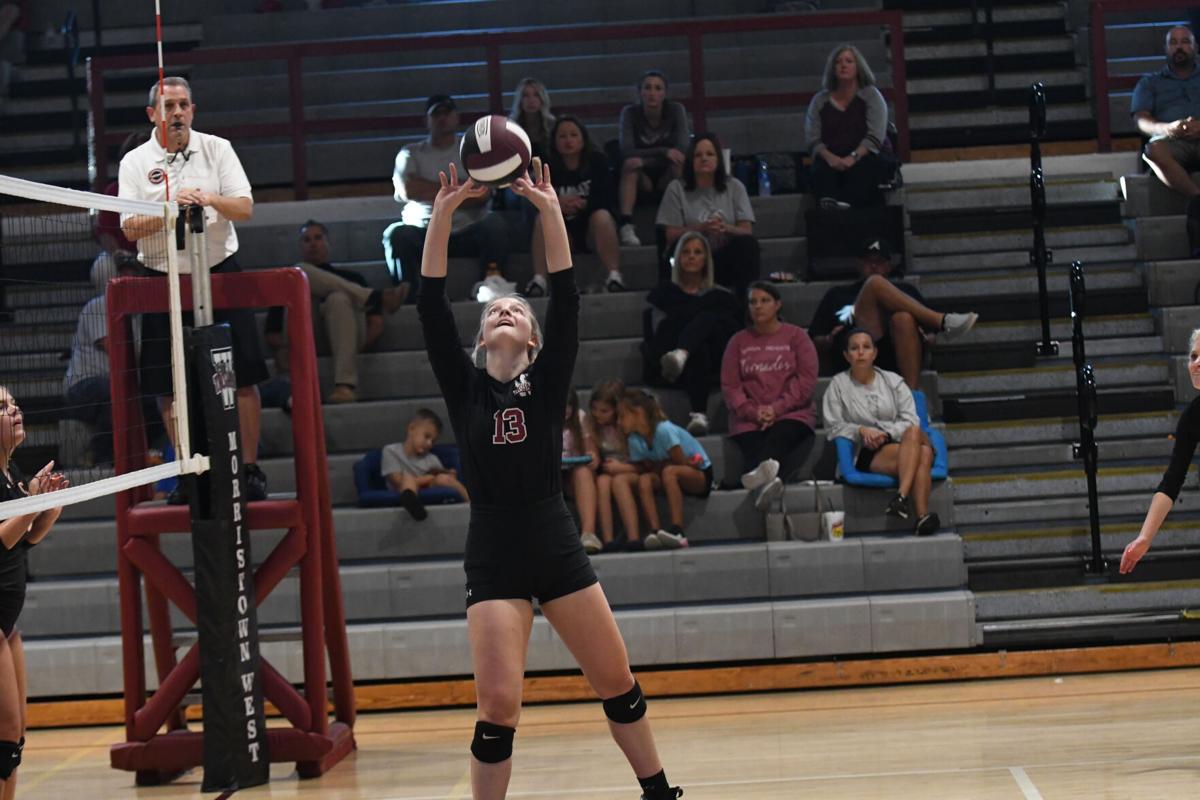 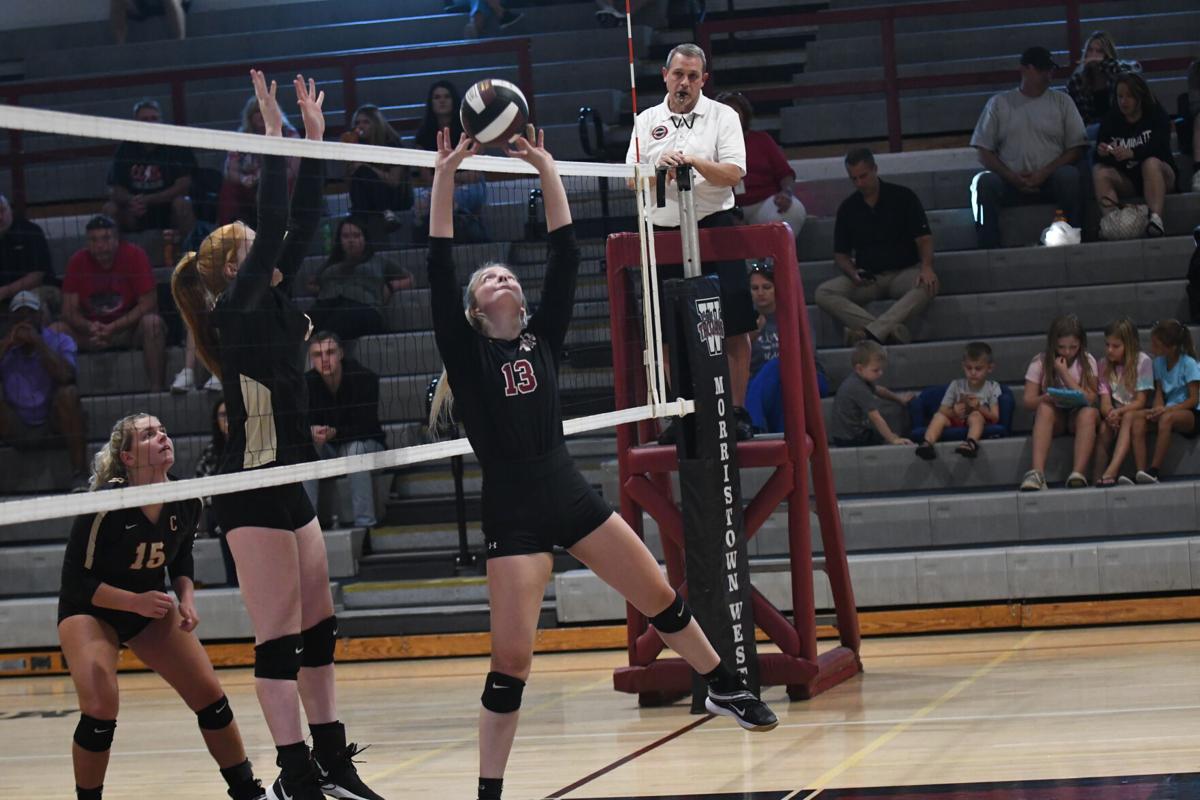 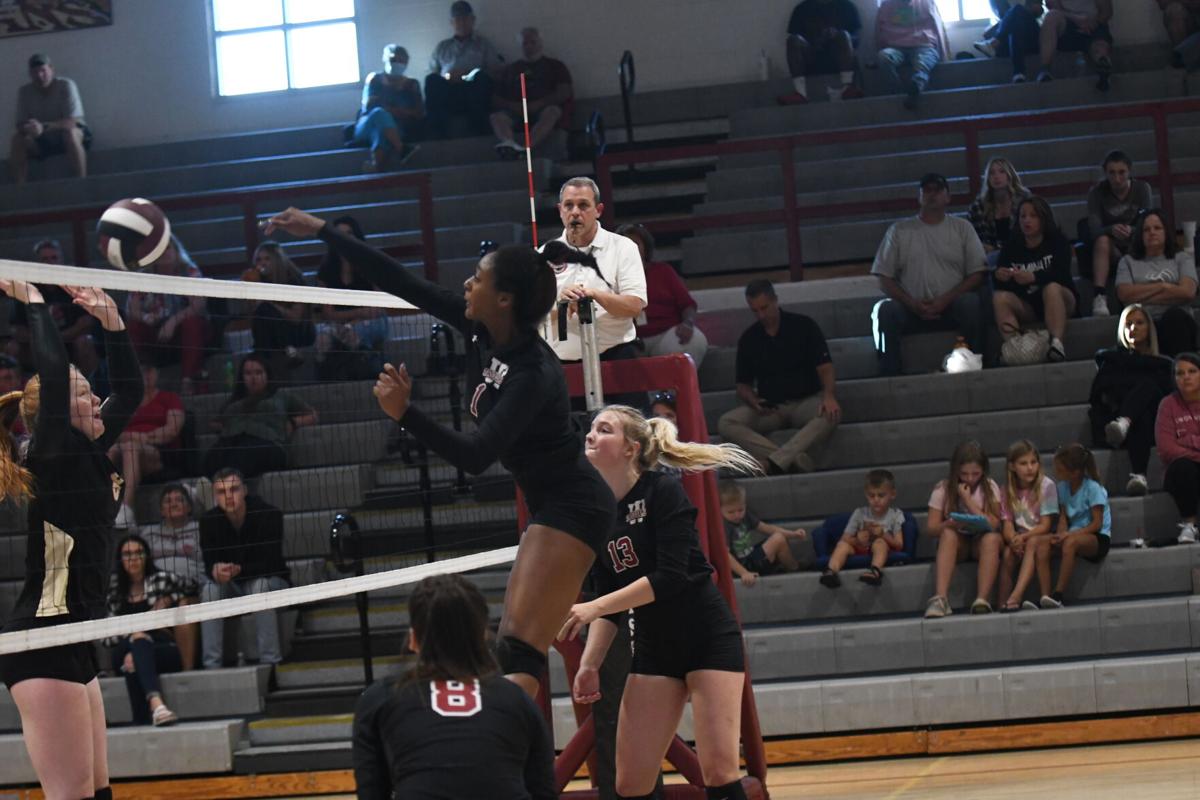 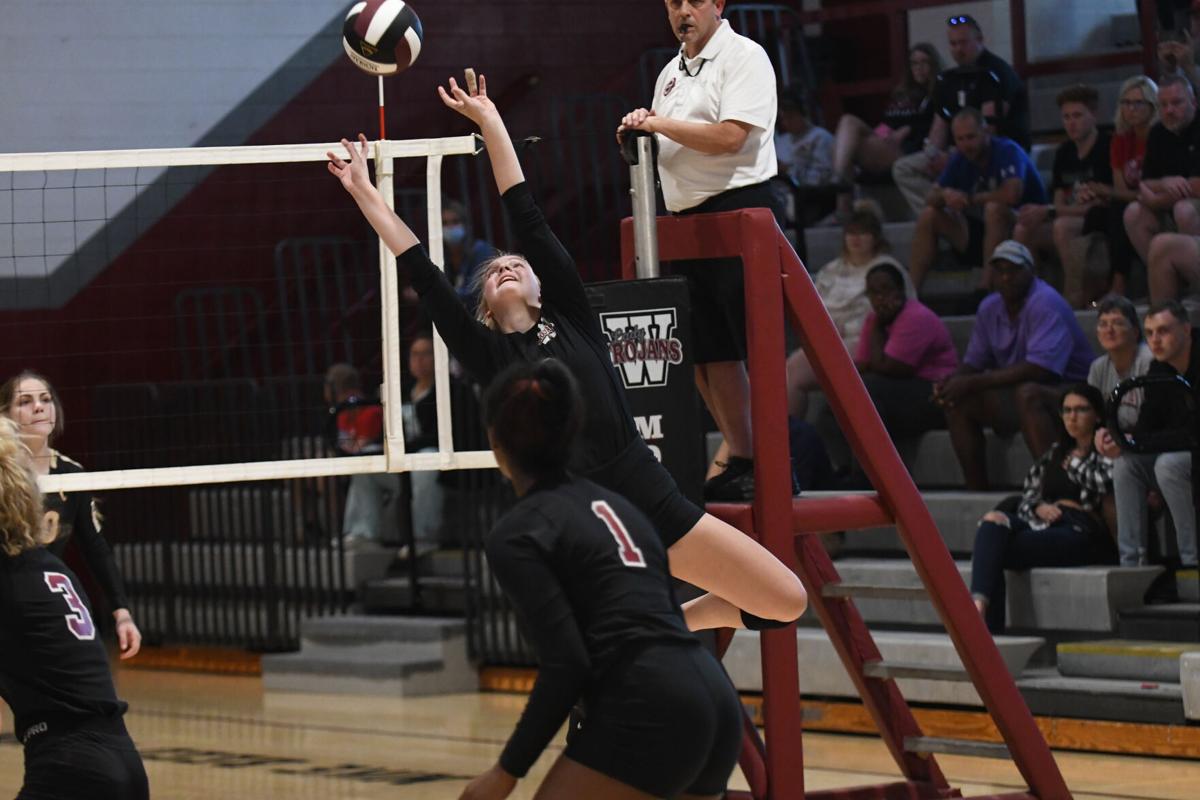 Morristown West’s Hadlee Long (11) goes for a kill on Tuesday night against Cocke County. The Lady Trojans won in five sets over the Lady Red.

The Morristown West Lady Trojans nearly completed the sweep over the visiting Cocke County Lady Red until Cocke County found the spark it needed to force the match to five sets Tuesday evening.

The Lady Trojans (5-3, 3-2 District 2-AAA) and coach Daniel Webb earned a much-needed victory in District 2-AAA to lift up their confidence as they prepare for an away match against Jefferson County on Thursday.

“We needed this win,” Webb said. “We have Jefferson County Thursday, which is a very important game for us. We need to win out in the district to get a good seed for the postseason. I think we have some revenge in our minds right now and want that win against Jeff.”

Cocke County (6-7, 2-4 District 2-AAA), who swept Jefferson County and Pigeon Forge before entering the match with West, could not keep the winning streak alive. Though, the fight was there.

The Lady Red were led by Camryn Halcomb’s 10 kills and Shayna Williams’s six. Four different players finished with two aces in the loss.

The opening set completely belonged to the Lady Trojans as they dominated the whole way behind Mitchell and Trent’s strong start.

West began the second set much like the first but saw Cocke County heating up midway through as it went on a 7-0 run to cut the deficit to seven after trailing by 11 at one point. Nonetheless, the Lady Trojans finished the second set with a win after Mitchell laid the final kill.

“I thought we came out with a lot of energy in the first two sets,” Webb said. “We were doing a lot to make (Cocke County) move. I have to give credit to Cocke County because they fought back and played well after the first two sets. I think we let the air out of the building a little bit.”

Cocke County’s momentum from the second set carried over into the third as the Lady Red only trailed once midway through at 15-13. Things began to fall into place for the Lady Red towards the end of the match as they were able to outscore West 12-6 for the win after trailing by two.

The Lady Trojans nearly ended the match in set four after taking a 19-12 advantage but Cocke County was not phased.

Cocke County went on a 13-4 run after taking advantage of West’s mistakes to force a fifth set.

The Lady Red’s comeback ended there, though, with West only trailing once in the final set at 1-0. Trent led the way with her three kills in the set and Koenig added the final kill to secure the Lady Trojans’ victory.

“We came back with the same energy we started with,” Webb said. “We didn’t worry about what was happening. We just ran our offense and it worked out for us.”