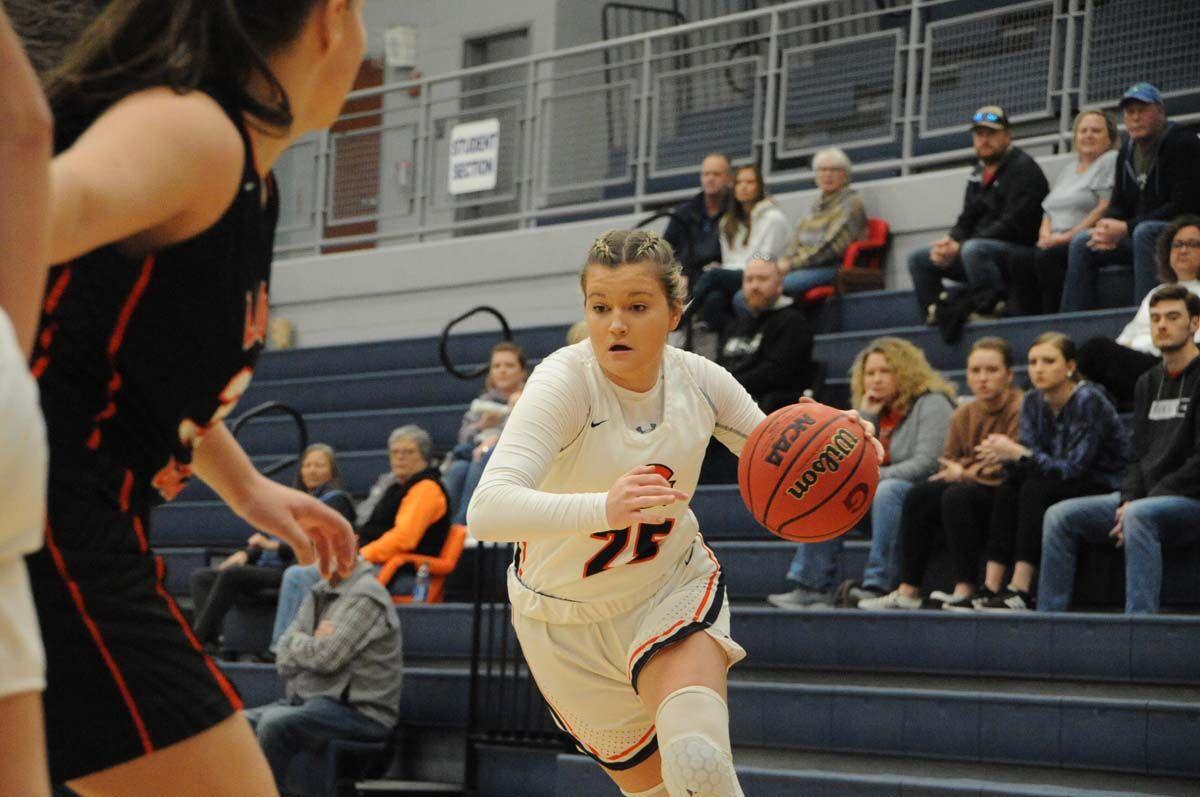 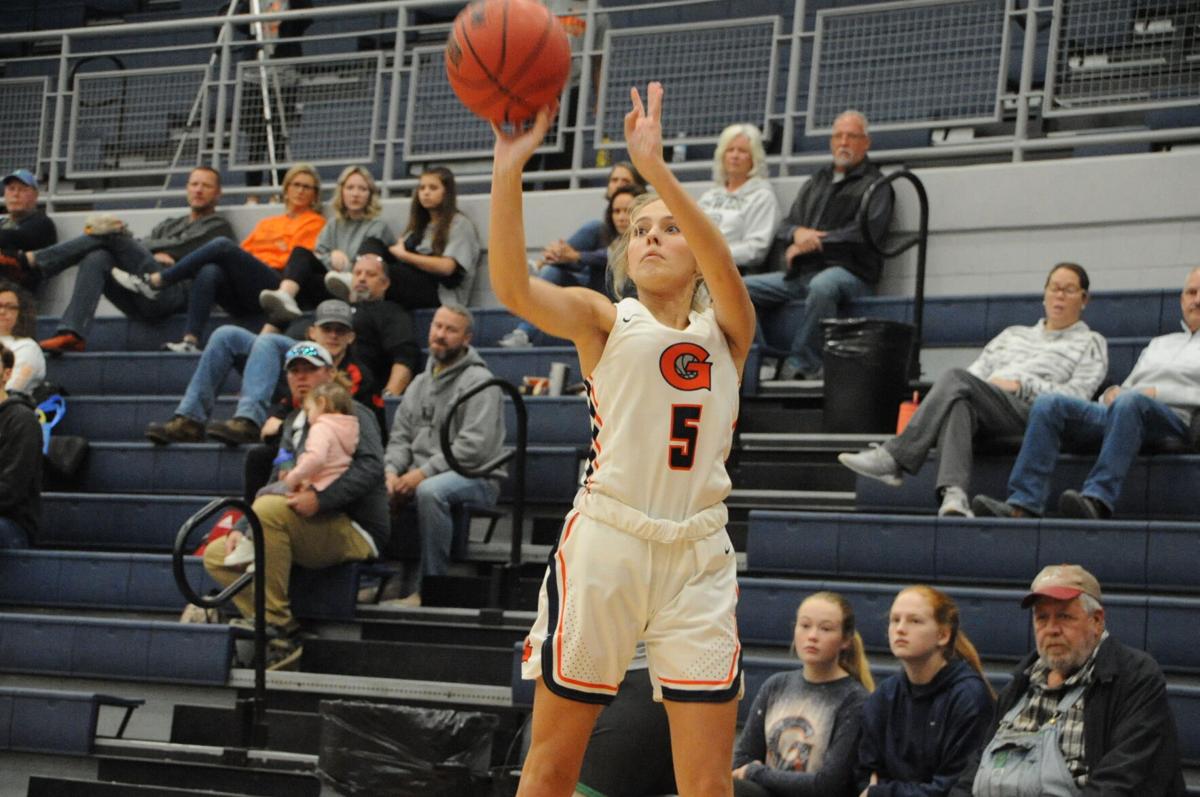 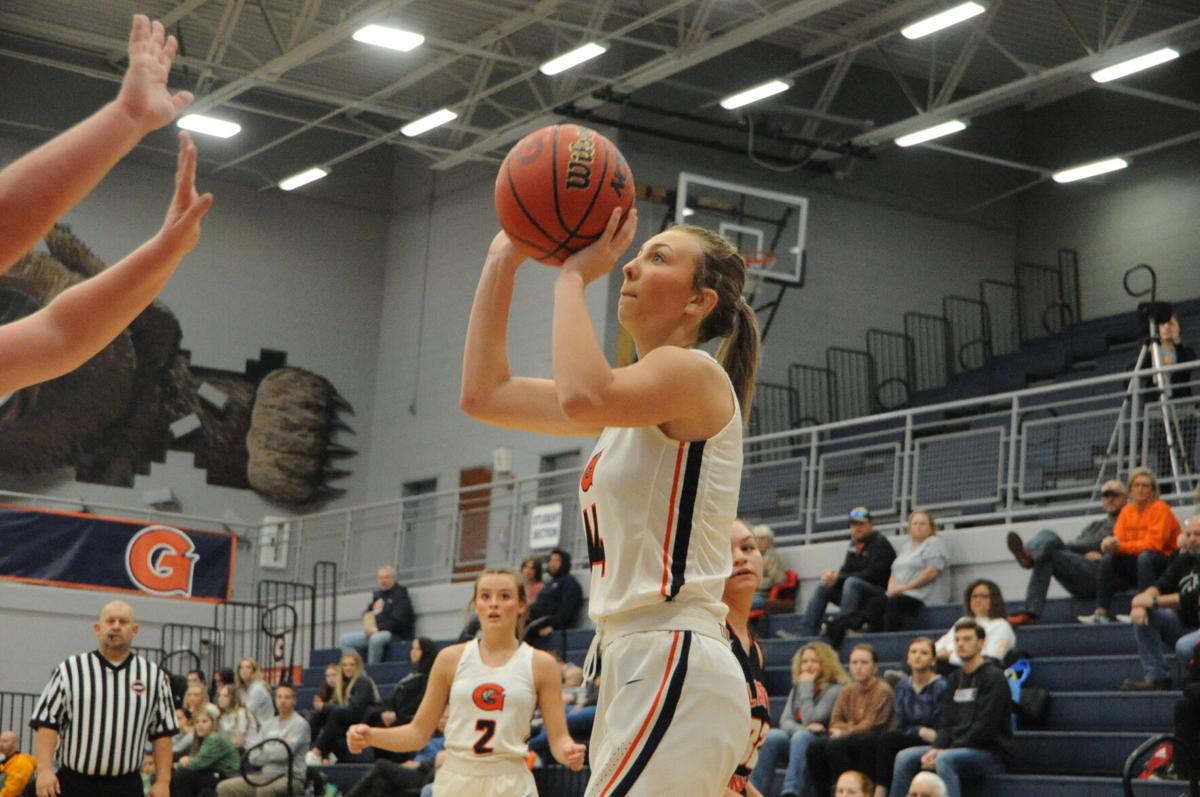 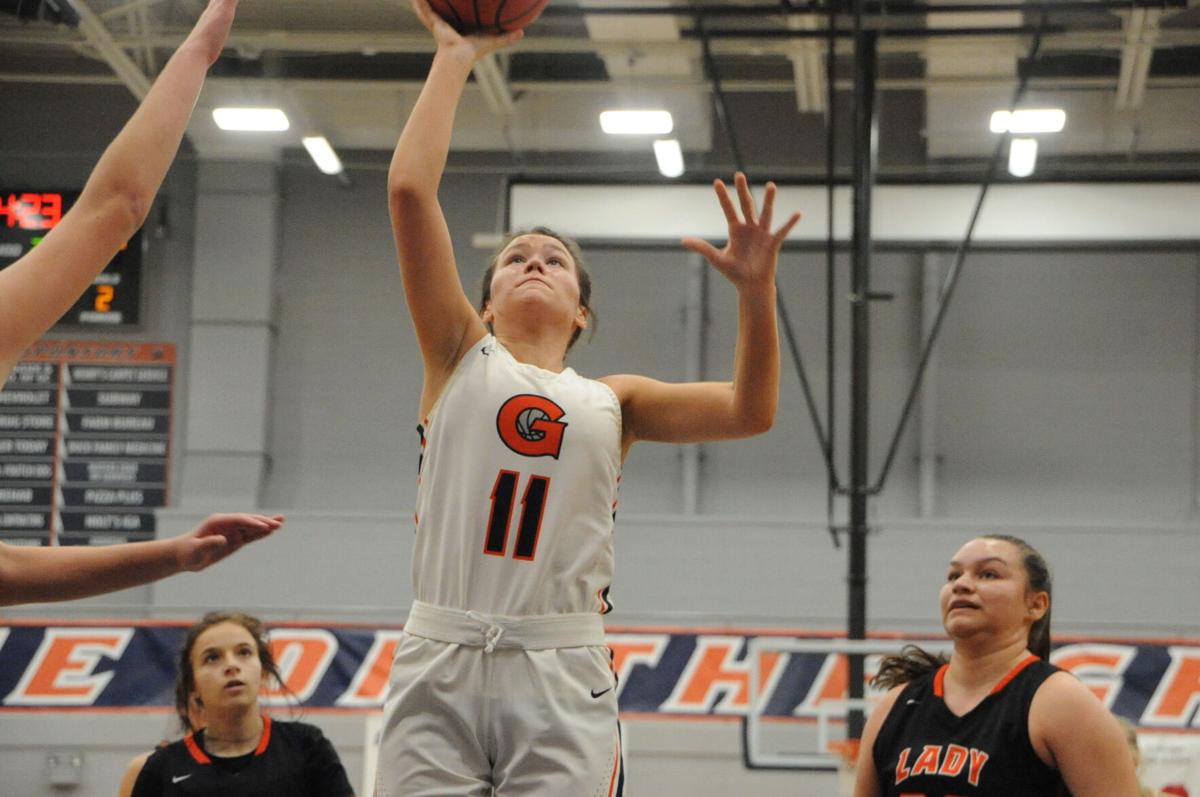 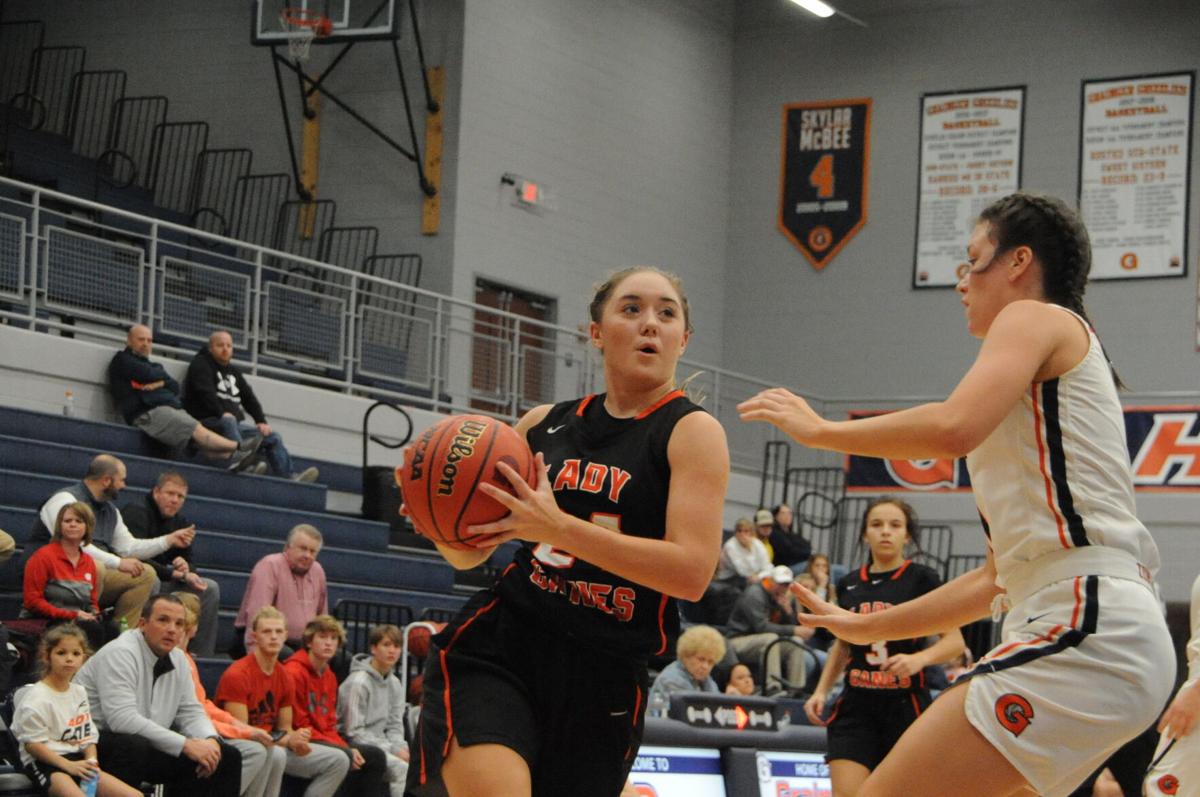 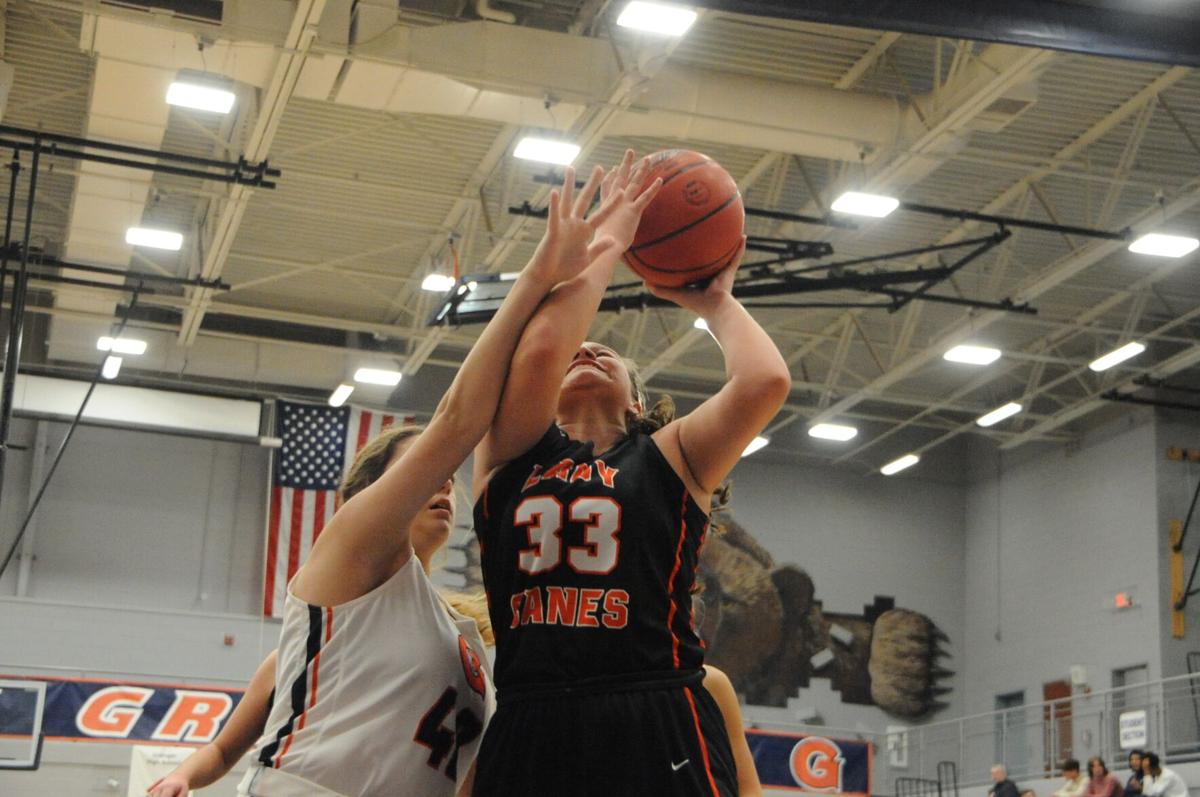 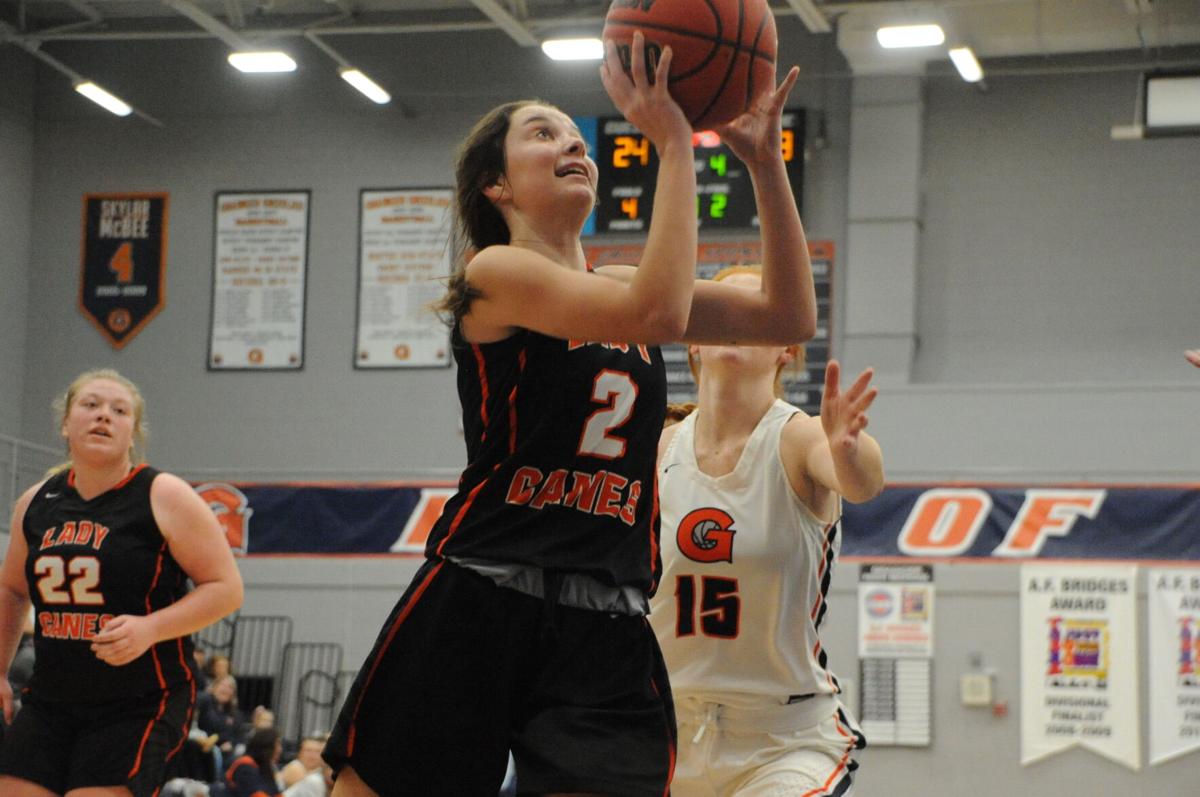 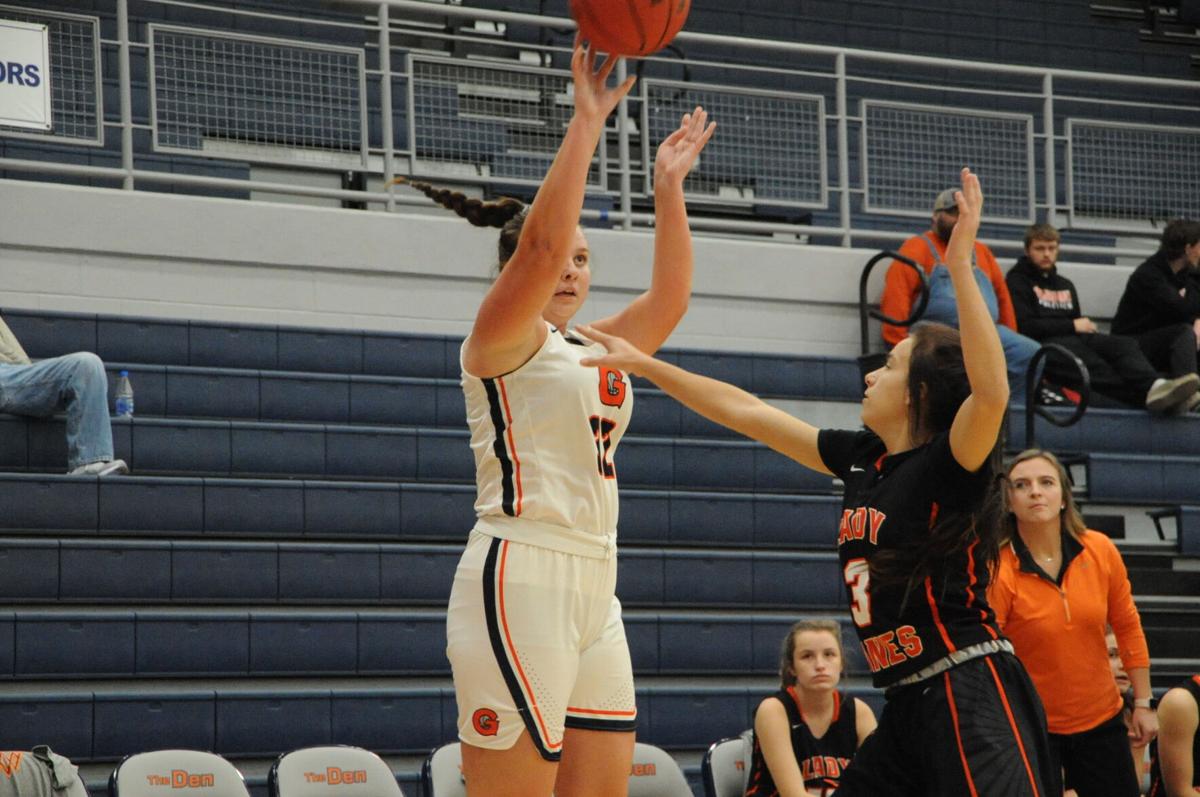 RUTLEDGE— Host Grainger County’s girls jumped out to a big lead early in the game and never looked back in rolling past Morristown East, 52-29, Wednesday morning in the Pizza Plus Thanksgiving Classic.

The Lady Grizzlies improved to 4-0 on the season by taking advantage of turnovers by the Lady Hurricanes.

Sydnie Hayes was the only player in double figures for Coach Rusty Bishop’s team as she scored 14 points. Millie Hurst added eight while Makayla Scott, Marly Tanner and Alia Maloney all had six as nine players scored for the Lady Grizz.

East was led by freshman Hudson Cloninger with eight. Hailey Hall netted six with all of those coming in the second quarter and freshman Ella Wampler had five.

The Lady Grizz led by as many as 32 at 46-14 midway of the third quarter and the Grainger subs got most of the minutes from that point on.

Bishop, who got his 100th win on Tuesday, said, “I thought we played pretty well in the first half when we got the big lead. They turned it over some and we were able to score some points off of those.

“But turnovers are just something that happens when a team is as young as East,” he added. “They’ll get better as they get some more experience.”

The coach also said, “I thought Sydnie had another good game for us. And we got a lot of minutes for a lot of players today. Those will be really valuable for us as the season goes along.”

First-year East coach Haylea Styles wasn’t very pleased with the Lady ‘Canes performance. “In our first two games, I felt we played really hard in two quarters each time. But today, I didn’t think we played hard in either quarter.

“We had another 30-turnover day and that’s killing us,” Styles added. “Right now, we just don’t have anyone to take care of the basketball. I thought Hudson played hard but it can’t be just one person, it has to be all five.

“I think it goes back to not being aggressive on offense,” said the coach. “It’s frustrating because we had scored in the 60’s both games and today we couldn’t get shots and didn’t hit them when we did get them.”

Mainly because of the turnovers, East didn’t take but 30 shots and hit just nine for 30 percent. The Lady ‘Canes were 0-5 from behind the arc and hit 11 of 16 free throws.

Hurst and Wampler traded baskets to open the scoring but the home team scored eight straight to take control.

Hayes popped in a three before Hurst grabbed a rebound and put it back in and turned it into a three-point play by sinking the free throw. Maddy Hurst added a basket and the lead was 10-2 with 4:45 left in the opening period.

Cloninger scored for East but the Lady Grizz canned back-to-back three’s from Millie Hurst and Marly Tanner before Cloninger scored again. Hayes drove for a bucket to give Grainger an 18-6 lead at the first break.

The Lady Grizz started the second frame with a 9-0 run to take total control. Maddy Hurst, Maloney and Hayes all had baskets before Audrey Stratton gunned in a three and the home team led 27-6 with 6:24 left in the half.

Hall, who scored all the East points in the quarter, hit a driving bucket but Hayes hit two free throws, Maloney added a bucket and Tanner nailed a triple and it was 34-8 with 2:11 remaining in the half.

Suzanne Barker had a three and Scott scored with eight seconds left in the half for a 39-12 halftime margin.

Wampler hit the first basket of the third quarter but Maloney cashed in two free throws and Hayes added a basket and a three for the biggest lead of the day at 46-14 with 3:17 to play in the third.

East closed the quarter with its best run of the game to pull within 47-21 at the final break.

The Lady ‘Canes cut the final deficit by outscoring Grainger 8-5 in the fourth quarter.

On the Citizen Tribune Sports Podcast "Kobe" episode, Rob and Dylan preview round two of the Morristown East-Morristown West rivalry on Friday night. Stay till the end to hear our Lakeway Area Big Three of the Week!