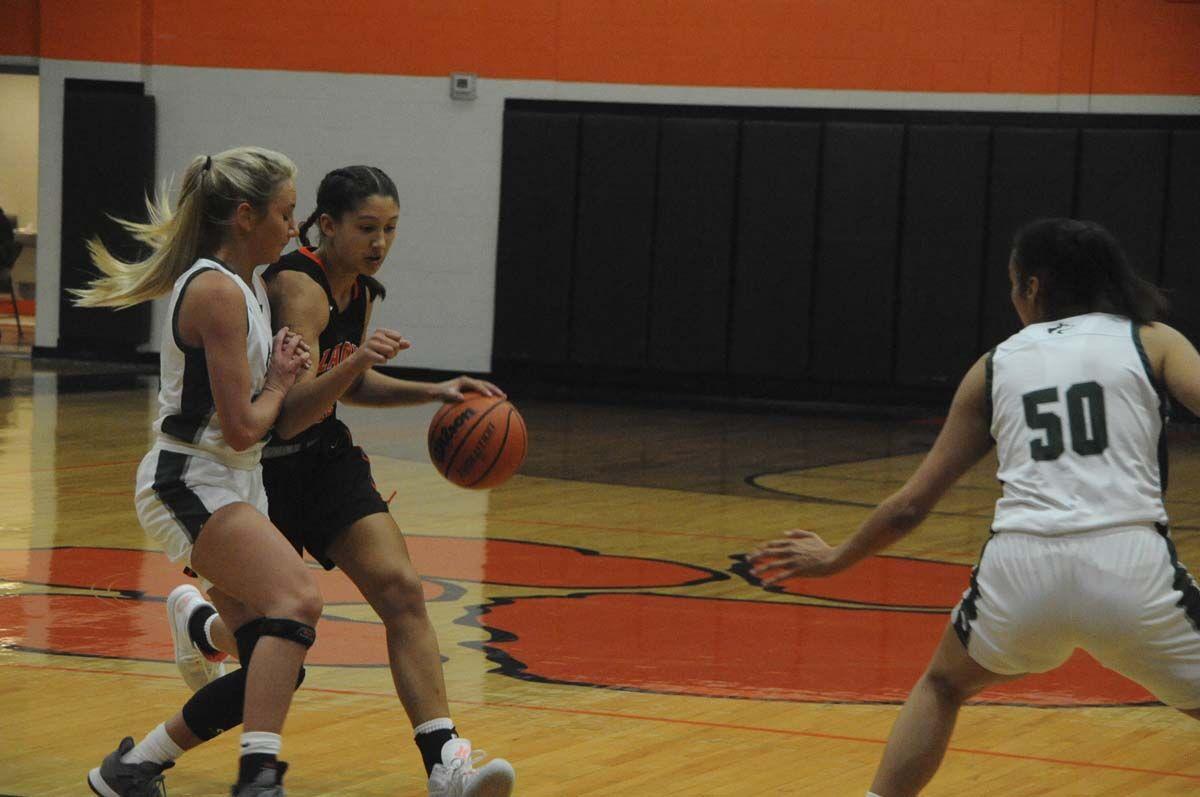 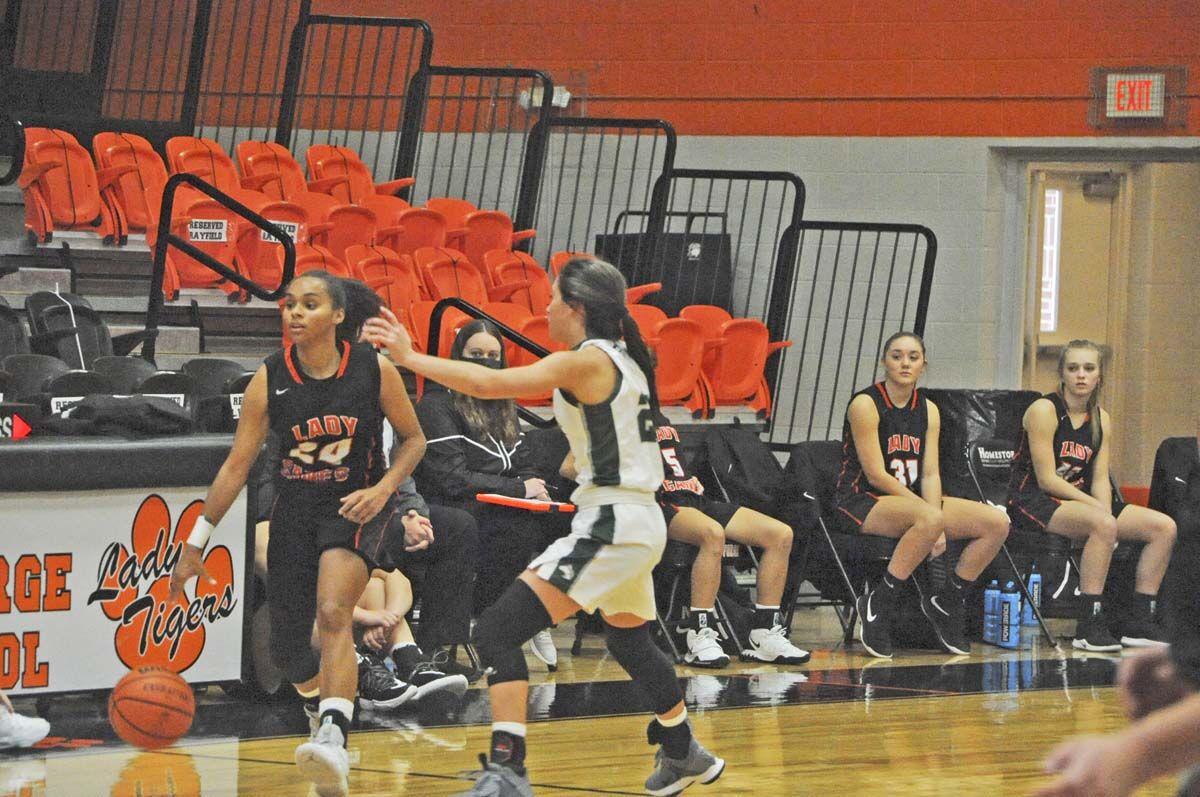 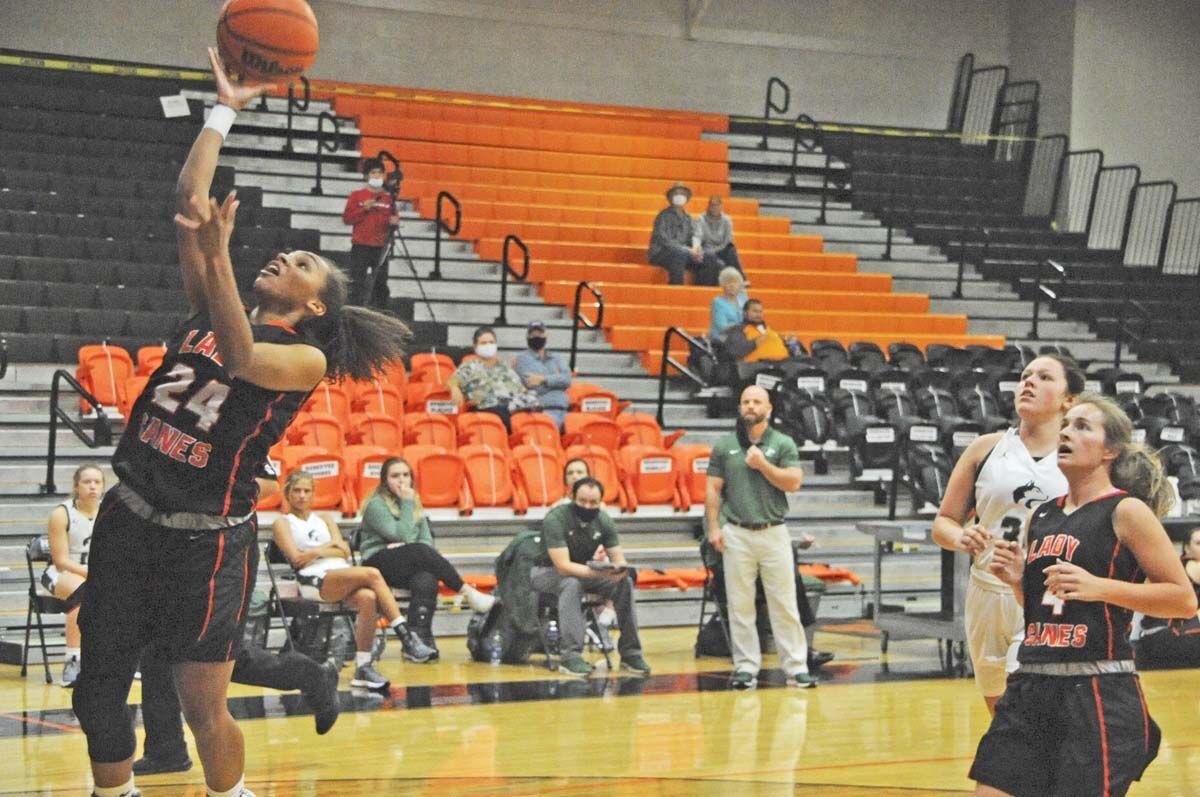 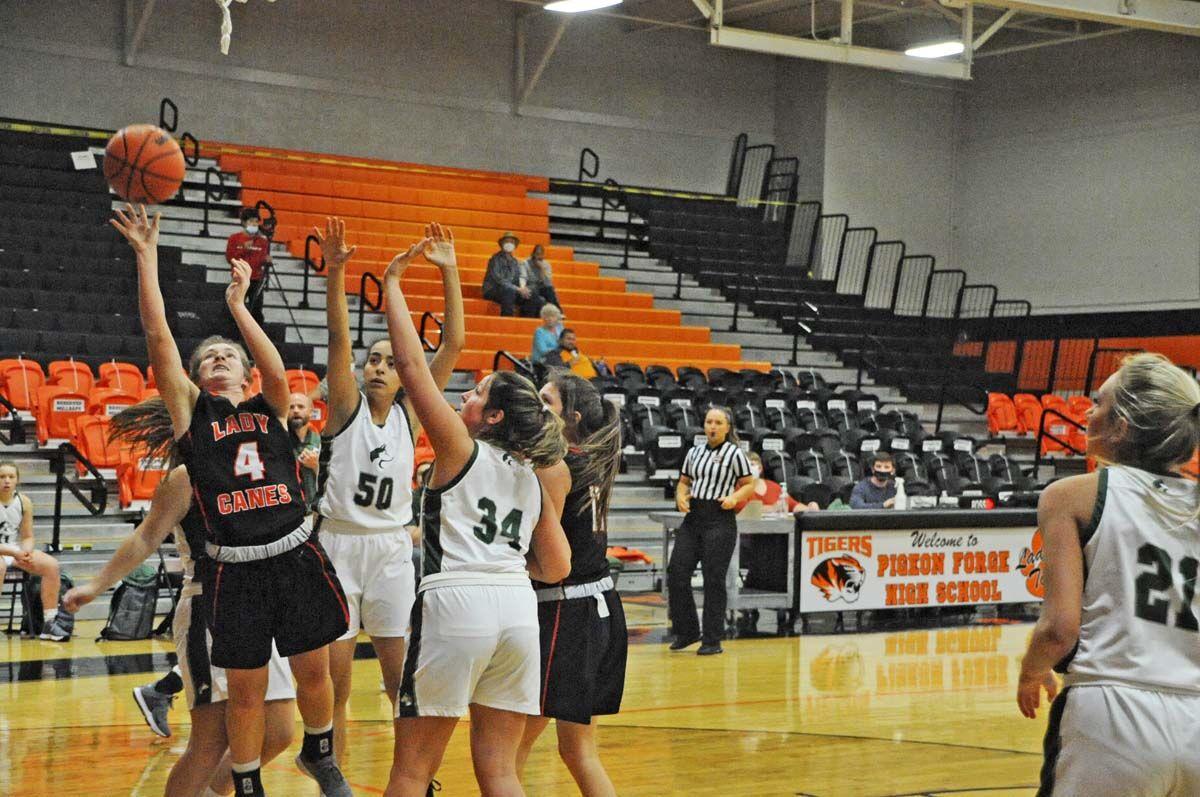 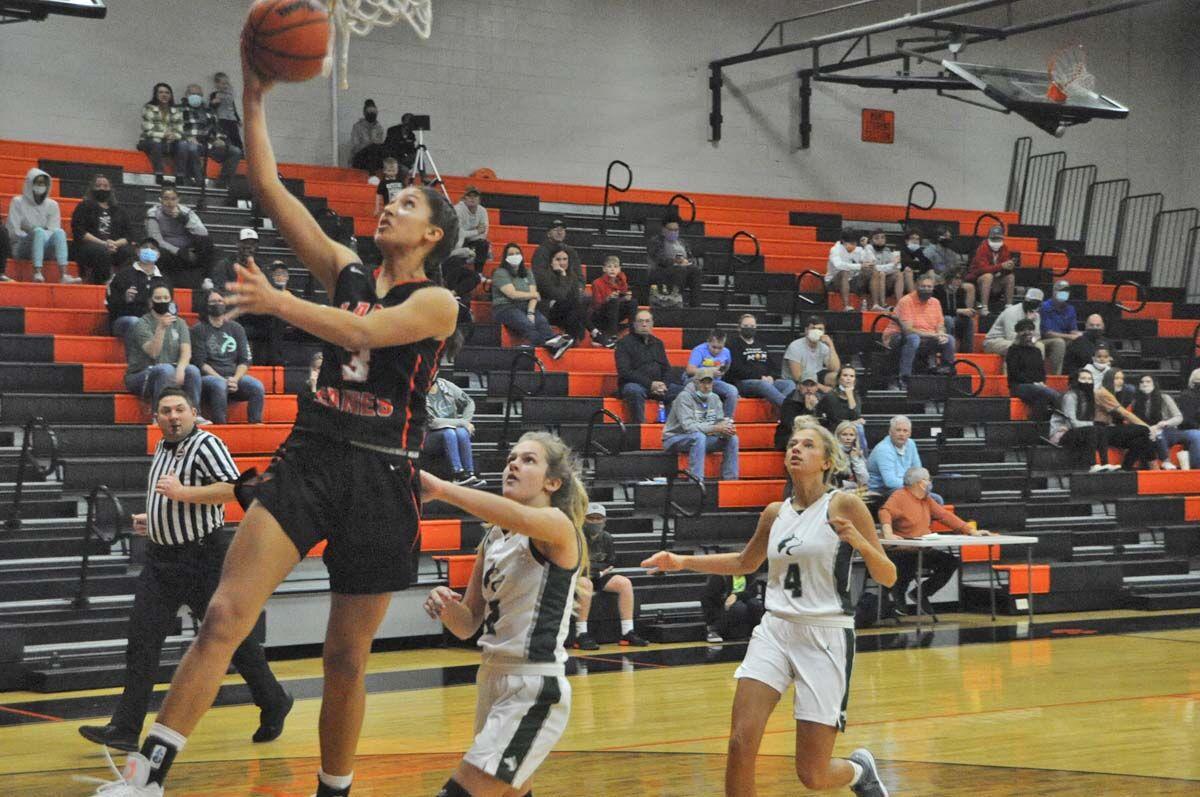 PIGEON FORGE—North Greene scored five straight points midway of the first quarter to snap a tie and then used its long-range shooting ability for a 57-42 victory over Morristown East Saturday afternoon at Pigeon Forge High School.

The Lady Huskies gunned in nine three-pointers in racking up their sixth win against a single loss.

East had won its first two games and could have become the first Lady Hurricanes team in 25 years to start the year 3-0.

But it wasn’t to be as North Greene took control in the second period and opened the margin to 12 at halftime. The Lady ‘Canes didn’t get closer than nine in the final two quarters and it seemed every time East got something going, a three-pointer ended their string.

Brooklyn Anderson led a balanced Lady Huskies attack with 15 points and also raked off a dozen rebounds. Haleigh Bernard and Shelby Davenport chipped in 10 points apiece and Breezy Savage had nine. Five different players hit a triple for the winners.

East was led by Sable Burnside with 18 but didn’t have anyone else reach double figures. Devasia Kyle scored nine.

East had a good run early in the fourth quarter after trailing by 44-26 entering the final eight minutes. Burnside and Kyle hit baskets before Burnside nailed a three from the corner.

However, Savage got open in the corner and knocked down the shot. Kierstin Bell scored for the Lady ‘Canes but Anderson converted an old-fashioned three-point play and it was 50-35.

The Lady ‘Canes made one final run as Burnside hit another three and Sarah King had a steal and layup to chop it down to 50-40 with 3:51 left.

East got the ball back twice with a chance to cut the deficit even more but couldn’t score and the Lady Huskies scored six straight and coasted the rest of the way.

Coach Michael Potts said, “North Greene did a really good job of shooting the long ball. We just got beat by a more physical team today.

“They were able to drive the ball to the basket and get their shots while we gave in to their physicality and instead of driving to the basket, we tried to drive around the perimeter,” he said. “We settled for tough shots and they took good wide-open shots.

Potts added, “The good thing was the fact that we went out to start the fourth quarter and did some things that gave us a chance to get back in the game. We didn’t finish it off but the girls battled back.”

Bell scored the first basket but Bernard hit a triple for the winners. Burnside put East ahead for the final time with a layup off a pass from Sarah King but Emily Britton popped in a long one and the Lady ‘Canes never led again.

East did get even at 8-8 as Kyle had a steal and layup but Britton gunned in another three and Savage made two free throws and the Lady Huskies went on to lead 17-13 at the first break.

King hit a jumper to start the second quarter but Sonya Wagner scored behind the arc before Anderson sandwiched baskets around Davenport’s steal and layup and the margin was 26-15 with 1:51 left in the half.

Noelle Cox scored for the Lady ‘Canes but Hailee English fired in the fifth three of the half for North Greene for a 29-17 lead at intermission.

Burnside and Kyle scored back-to-back baskets early in the third quarter to get East within 32-23. But the winners pulled back out by 37-26 before scoring the final seven of the third.