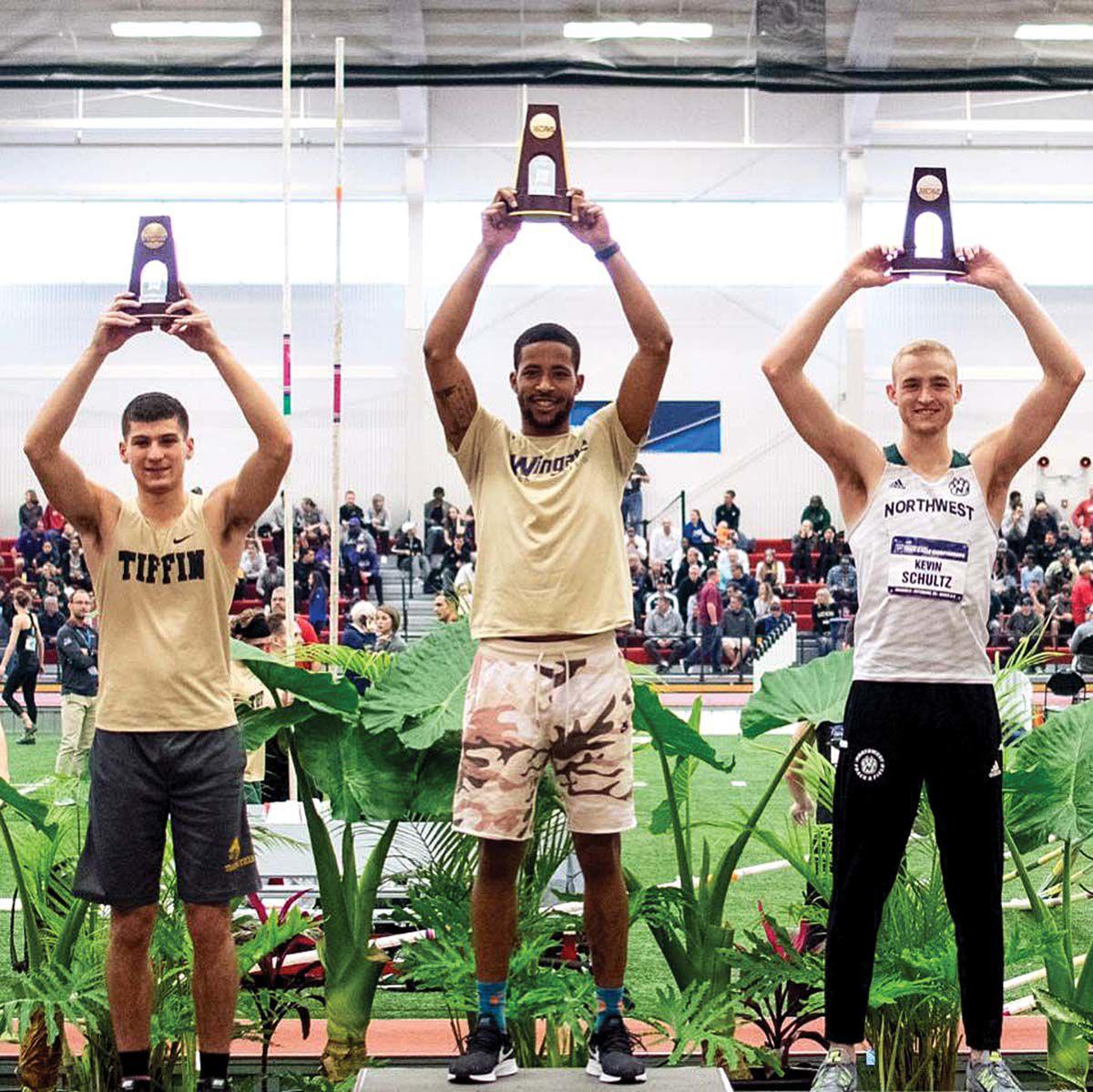 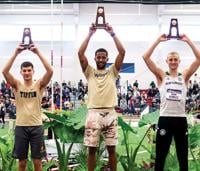 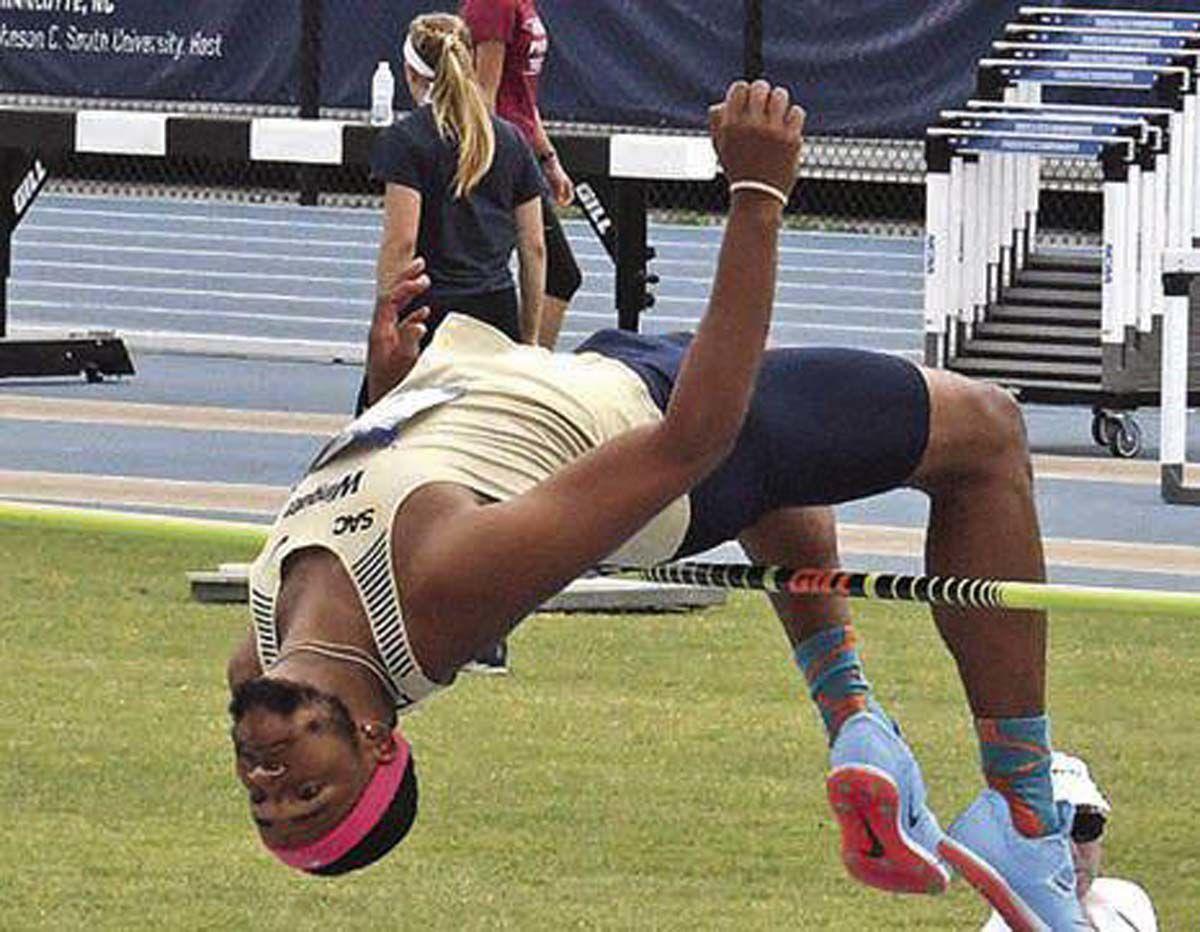 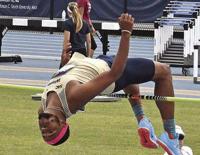 Minutes and seconds mean everything for an elite track athlete, but there are certain times Carson-Newman high jumper Isaiah Kyle will never forget.

For 12 minutes in September 2016, Kyle lay on the track at Wingate University, flatlining. He had no pulse. No oxygen getting to his brain and organs. He was dying.

Given CPR on the track, he finally regained a pulse after a shock from a defibrillator. Once in the ambulance on the way to the hospital, he flatlined again for 45 seconds. Once more, he was shocked back to life with a defibrillator.

He was 19 years old, just coming back from foot surgery and looking to continue his track career. And in a single day he nearly died twice.

“My friends said I looked good (that morning),” Kyle said. “I felt good. It was that first official day back with the team and I collapsed and went into cardiac arrest. I was just trying to finish the warm up. I wanted to push everybody and get in three (runs). I took off first and everyone else took off after me. They looked up and saw me lying on the ground. They thought I was joking.”

It was no joke. He spent the next 36 hours in a medically induced sleep while he recovered.

After all the tests were complete, the doctors had no answer as to why Kyle went into cardiac arrest that fall day.

“It was a freak accident,” Kyle said. “The doctor described it like getting struck by lightning. They found no cause still to this day.”

But one thing was certain as Kyle lay in his recovery bed. He would return to the track and jump again, even asking the doctors about it as they worked on him the day he nearly died.

“There was no doubt in my mind,” Kyle said. “I don’t remember much about that day in the hospital, but they told me that my first question was ‘when can I go back to the track?’ It was a thing that I had pursued and trained for too hard over the last two or three years. I’d done it since I was in the seventh grade. When you’re a college athlete, you do it for the love of the sport. I love it and never questioned going back to something I love.”

Five months later in Jan. 2017, Kyle was back on the track, in shape and jumping. And while he didn’t impress himself with his performance that day, he did enough to qualify for the national tournament and remain in the Top 5 jumpers in D-II.

“It was one of the best moments I’d ever had in track,” Kyle said. “My parents had driven four hours to come watch me. The team had my back. All my friends were there. There was tremendous support from the Wingate community, coming out to see me jump again. It was a rough day, jumping-wise, performance wise, but I ended up hitting the national qualifying mark and it put me in the Top 5 in the country. It was a special moment. I’d worked so hard for it. I fought for it every day. It was one of the best feelings ever.”

Of course, that was just a precursor to what Kyle had in store. Two years later he would win the NCAA Division II Indoor High Jump National Championship by clearing a height of 2.18 meters. From unconscious and unresponsive on the track three years before to the top of the podium, Kyle had reached the pinnacle of his sport.

“I cleared the winning bar, 2.18 meters, on the first attempt,” Kyle said. “The other guys had hit their first attempts, so I knew the competition was in my control. That’s what I needed to win. I was yelling and screaming on the mat, but then I realized the competition wasn’t over. But I knew I’d won it. I finally got my goal of winning a ring. From the time I was in the fourth or fifth grade a Russellville (Elementary) to then. I had a lot of emotions.”

For the former three-sport standout from Morristown East, those emotions came with the knowledge that his time at Wingate, as monumental as it was, had come to an end. The track program had made a coaching change and he would be free to finish his eligibility at another school.

Kyle’s decision was an easy one as he’d already been coached up by a C-N assistant coach while winning the national title for Wingate. Tyler Stepp, whose brother Tanner Stepp won the indoor title with the Eagles just the year before, knew what Kyle could do. After watching him jump for years at Morristown East, Stepp also knew what he’d been through to get that far.

“He (Stepp) sent me a DM on Twitter,” Kyle said. “He told me the one thing to always keep in mind is that I can always out-jump these guys. We put that to work in the competition the next day. That’s what he told me when I cleared that bar, ‘I told you that you could outjump them when it mattered.’ A lot of credit goes to him with winning that national championship. Sometimes all it takes for people to succeed is for someone to believe in them. Having him in my corner that day played a big role.”

For head C-N track coach David Needs, adding a national champion to the fold was an easy call.

“The guy is a fighter,” Needs said. “He (Kyle) is determined. When you watched him at the national championship, a couple of times he was on the ropes because he was down to his last jump. But he cleared that last bar. As a high jumper, you can change your position in one jump. His high jump is a microcosm of his life. People thought he was down, but he was willing to step up and do what he needed to be successful.”

Before the global COVID-19 pandemic shut down schools and NCAA spring sports, Kyle was preparing for his outdoor season with the Eagles and for the Olympic trials. Now all that’s on hold. But Kyle isn’t down about it. He’s planning on using the extra year to maximize his capabilities.

“With gyms being closed, even training on your own has been difficult,” Kyle said. “With situation with the season being pushed forward a full year, that worked to my benefit. I went into the offseason like I normally would this summer. It’s tough to stick it out. I had to wait a full year for the outdoor season and now have to wait another full year. It’s been a tough road.”

But it’s a road with rewards at the end, another national title and possible Olympic medal. Accolades that seemed so far away as he fought for his life on the Wingate practice track four years ago.

Fury 04’s Kennedy Rae Payne hit four home runs in one tournament this past weekend at the Metro Kiwanis Park in Johnson City.