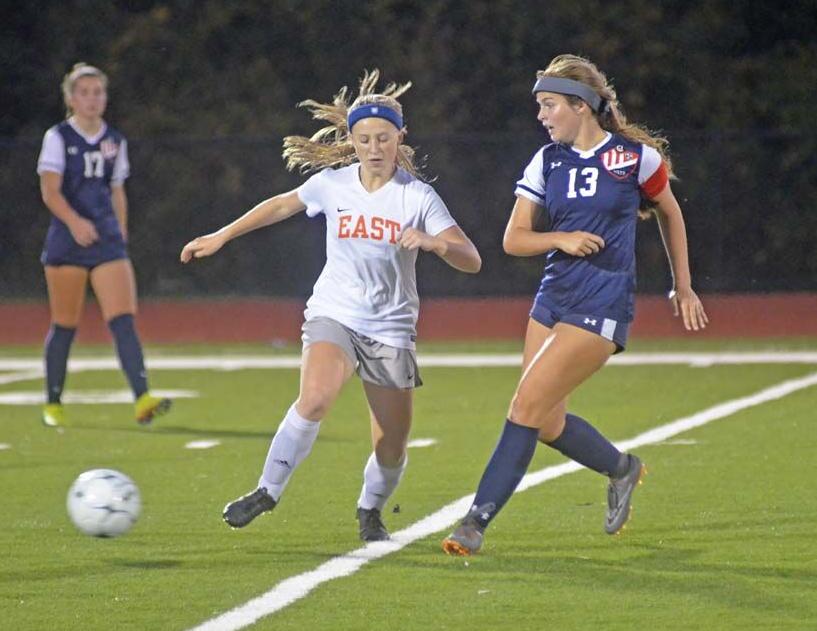 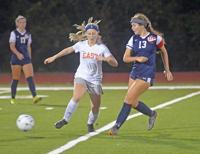 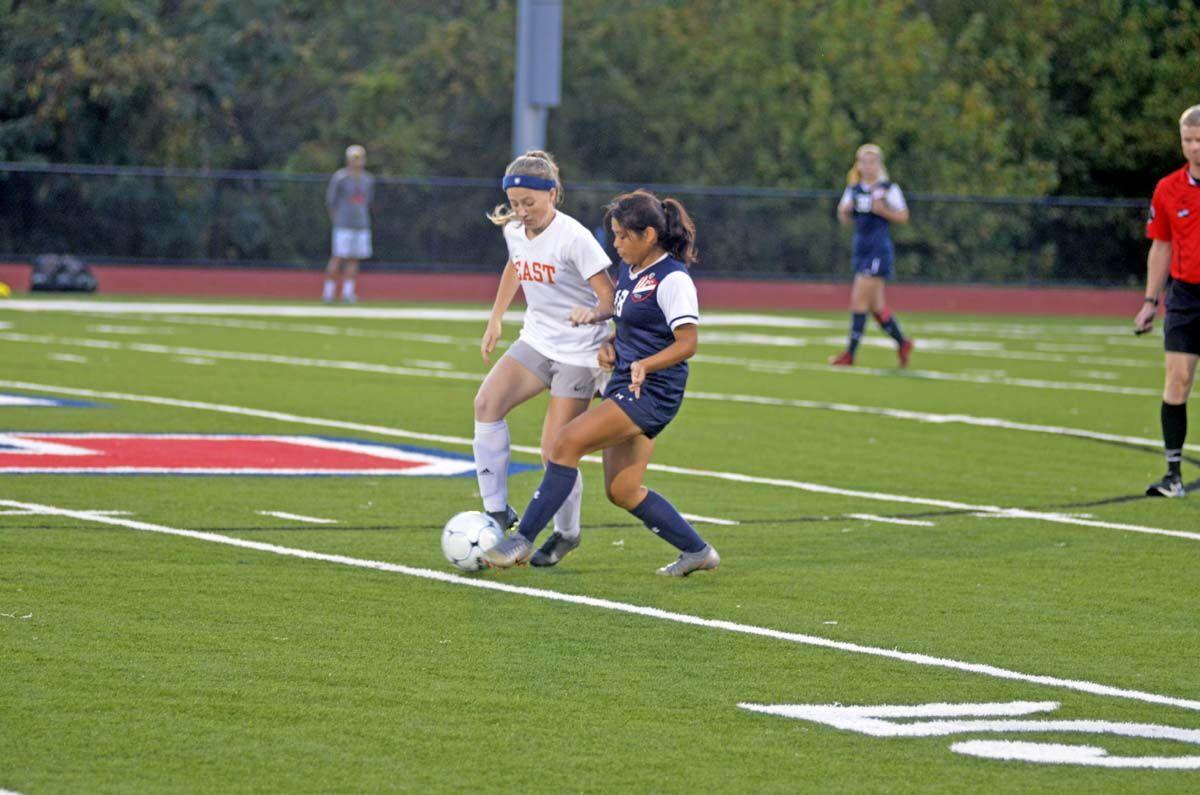 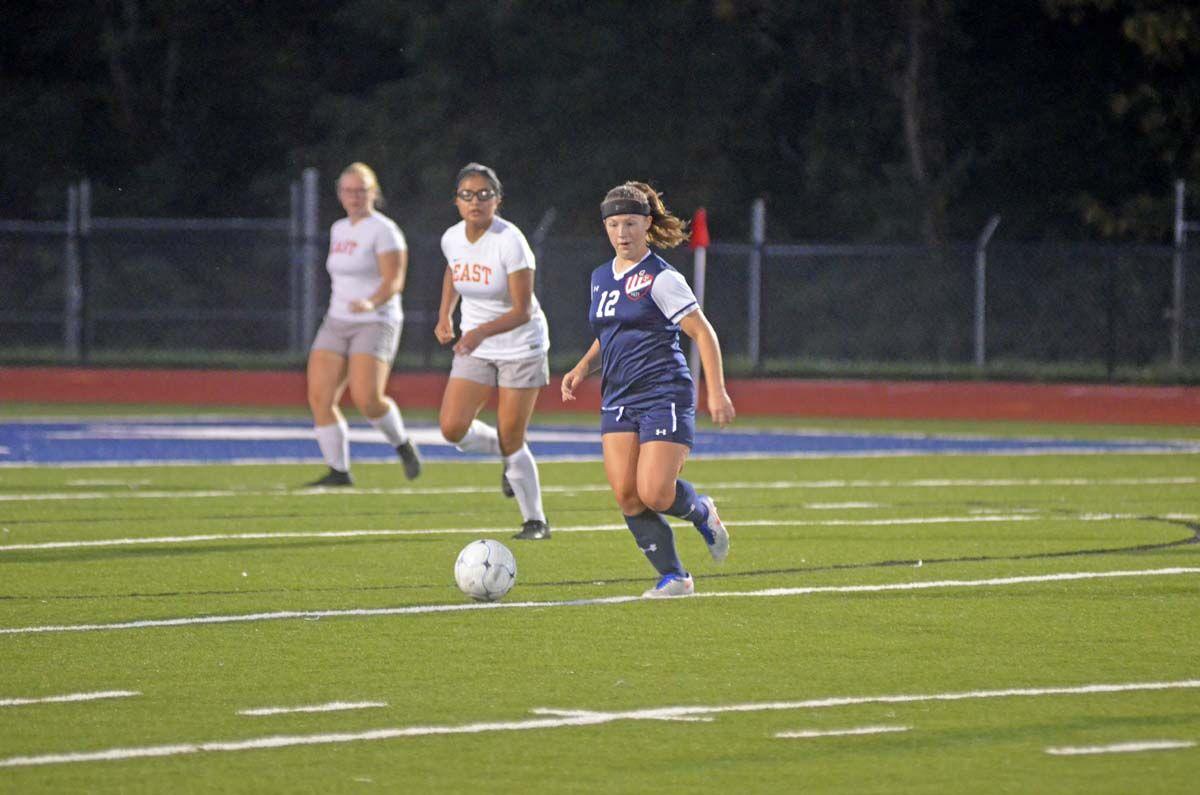 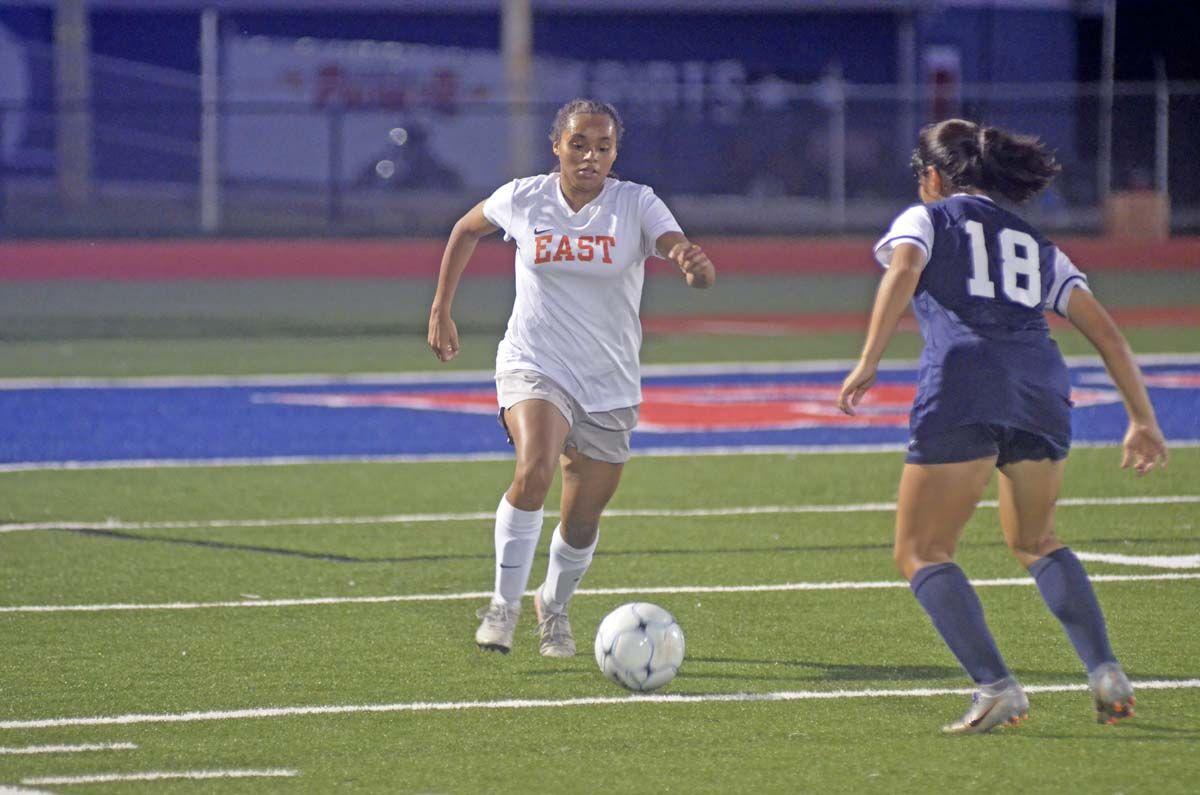 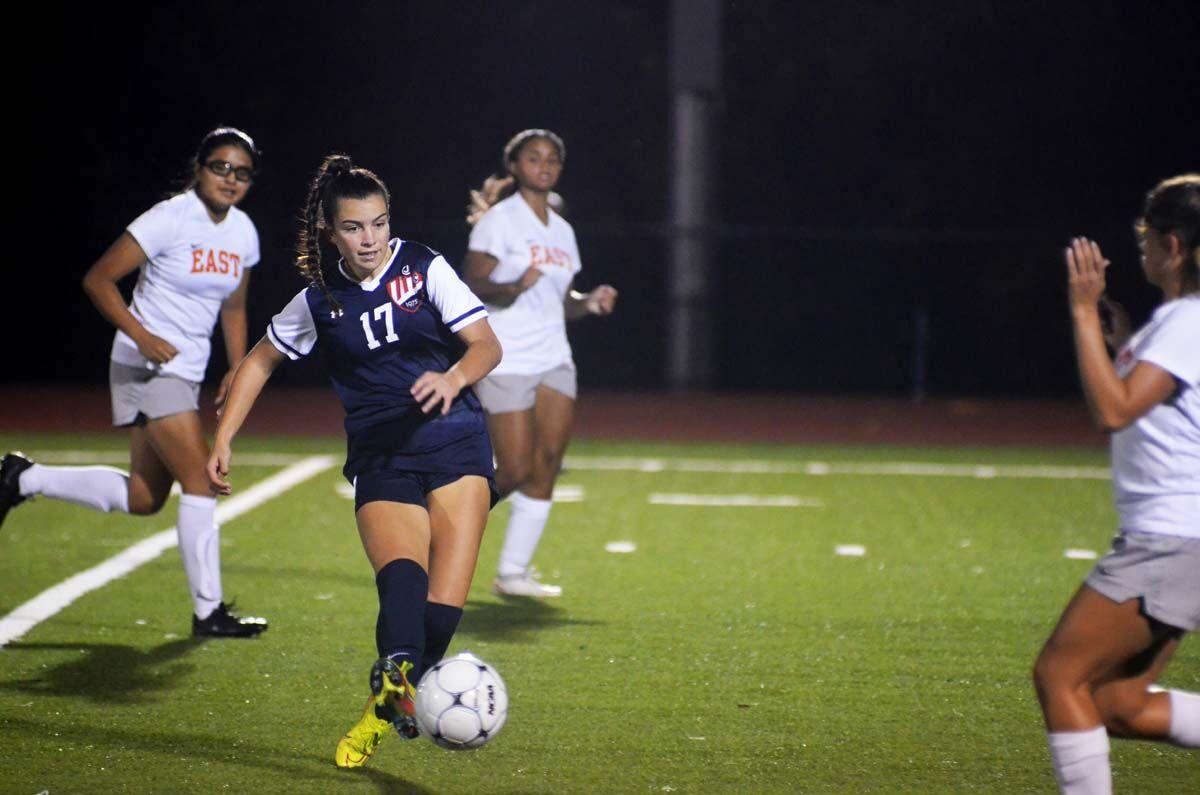 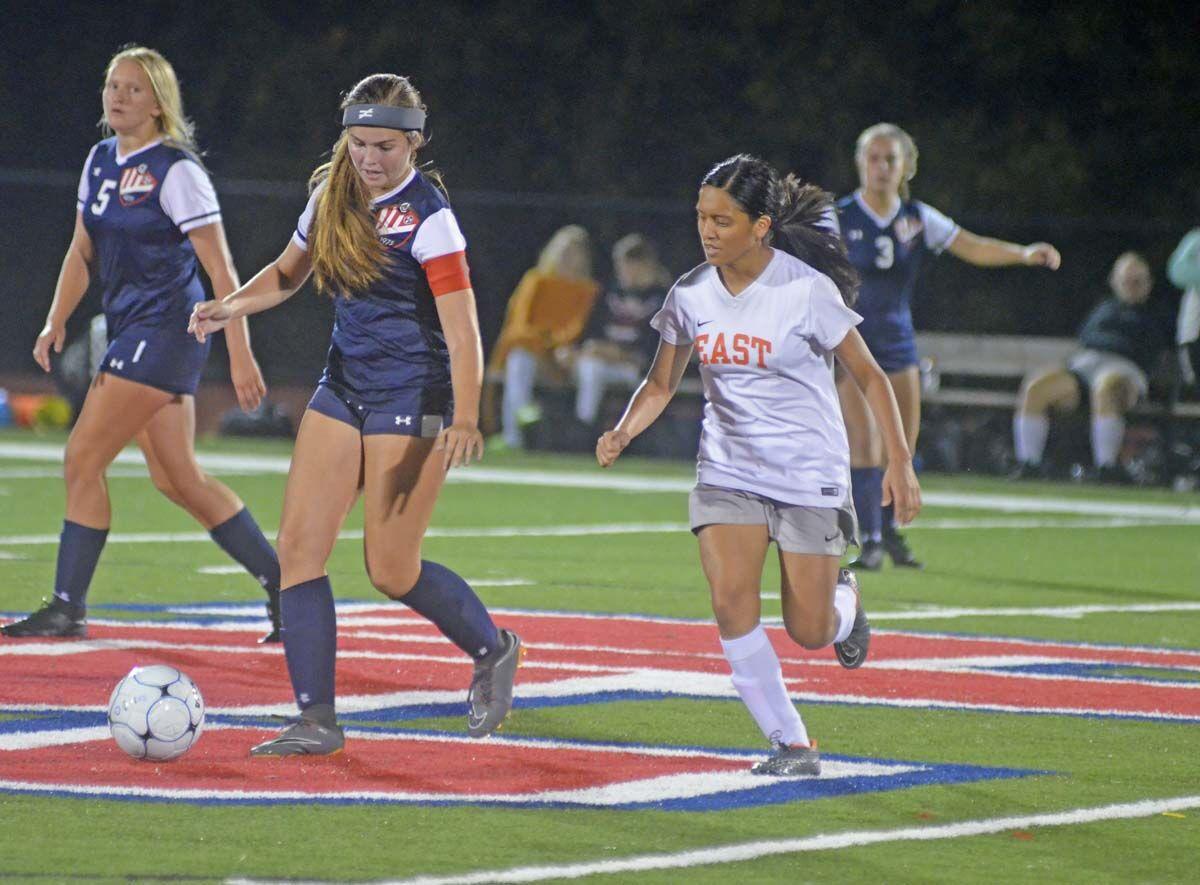 Jefferson County will now travel to Bearden to take on the No. 1 seeded Bulldogs. Bearden has won the last three district titles.

“Our girls were resilient and found a way to get through that (East’s gamplan),” Jefferson County coach Shawn Way said. “Sometimes you’re wanting to look ahead to the next opponent, so we challenged them to focus on what was happening tonight. Our players stepped up tonight.”

It was the veterans who stepped up for the Lady Patriots in the elimination match. Junior Molly Zander got the scoring going in the ninth minute and fellow junior Swann added to the lead just two minutes later.

After a back-and-forth 10 minutes, the Lady Patriots struck again when senior Tolzmann slotted one home. Just one minute later, it was Swann again as Jeff made it 4-0 at the half.

Tolzmann would open up the scoring in the second half with her second goal of the match.

“Our seniors stepped up tonight,” Way said. “Zoe, Molly and Sophie all played really well. I’m proud of the way we played. We started slow but go into it.”

With the lead comfortably in hand, the Lady Patriots rotated in some younger players to give the starters a rest for Tuesday’s match.

“I tried to get every girl that was out there some time to sit and rest their legs including Molly and Zoe and those who usually play all 80 minutes,” Way said. “All the girls got at least 20 minutes of time out there which was good. I know we have a tall task in front of us, but I feel like we have talked about it a lot and will be prepared. All we have to do now is play the game and try and execute the best we can.”

With the loss, Morristown East finishes the season with a 1-9 record.

For the Lady Patriots, the task at hand Tuesday night is a difficult one. However, Way feels that his team is prepared and ready to take that next step.