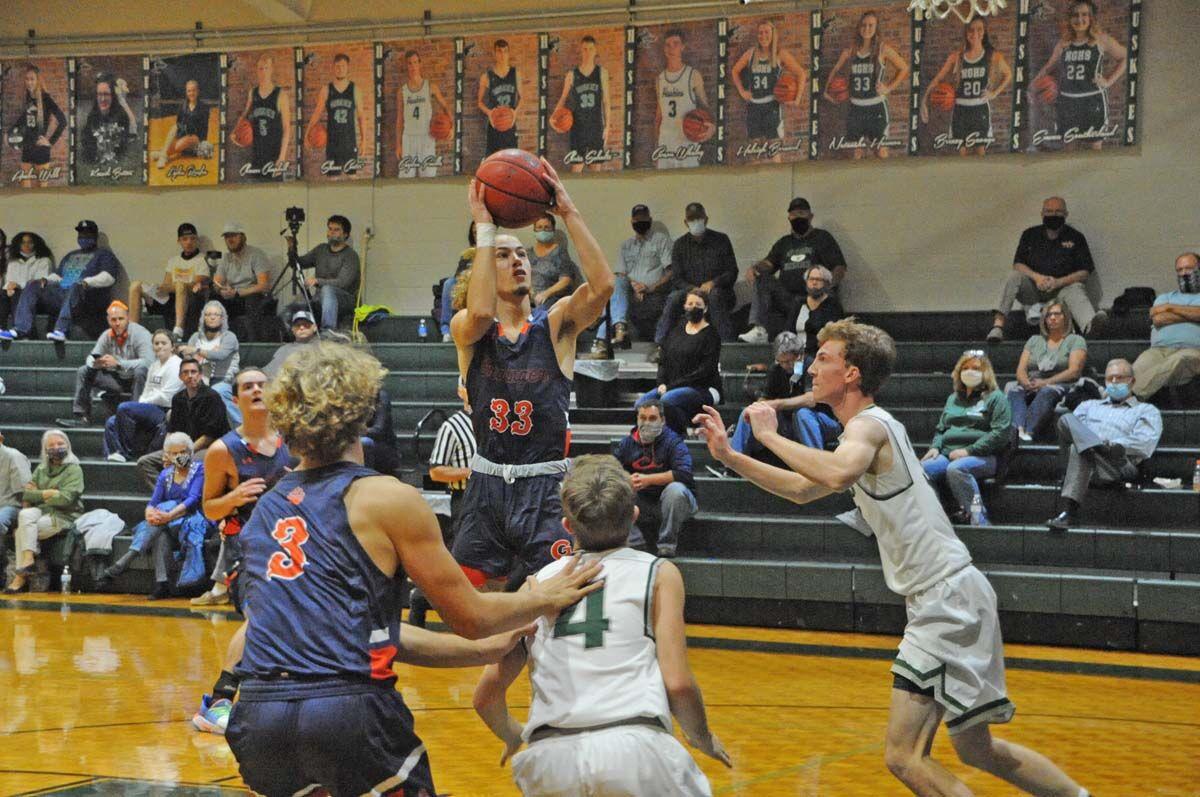 Ty Overbay of Grainger pulls up for a jump shot against North Greene in Thursday’s nightcap. 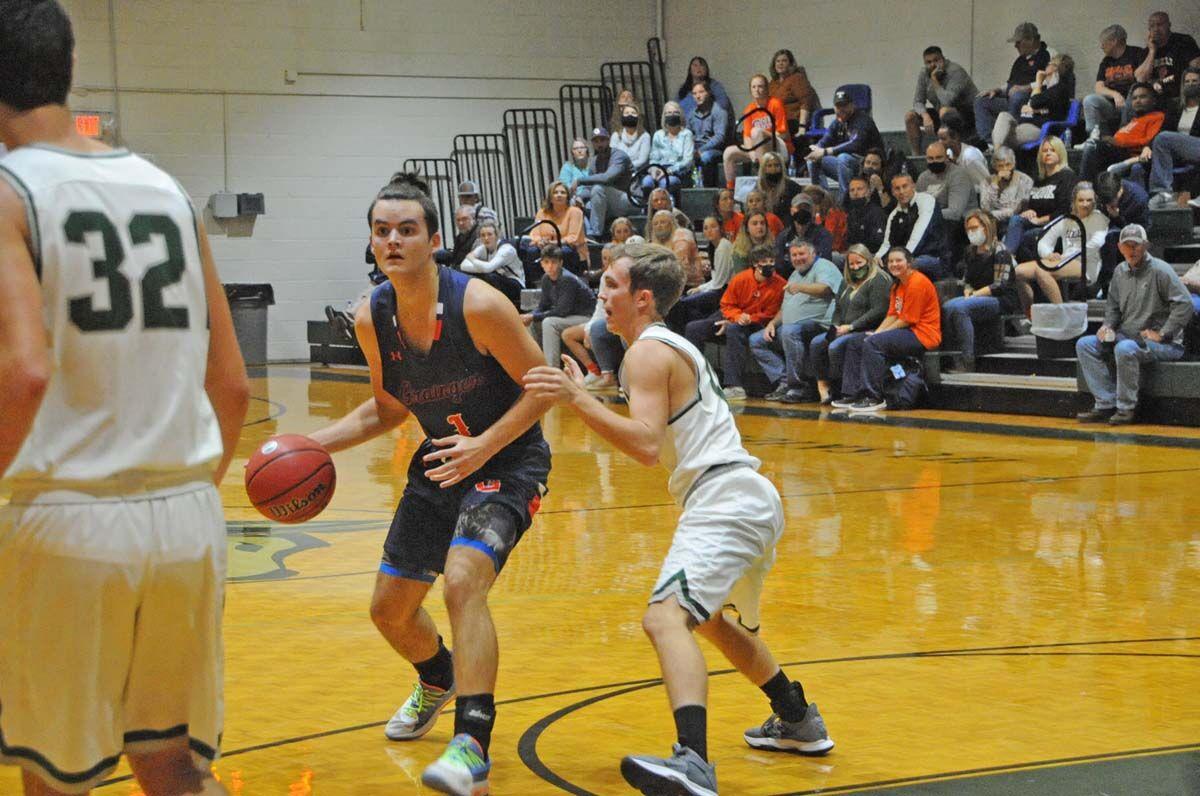 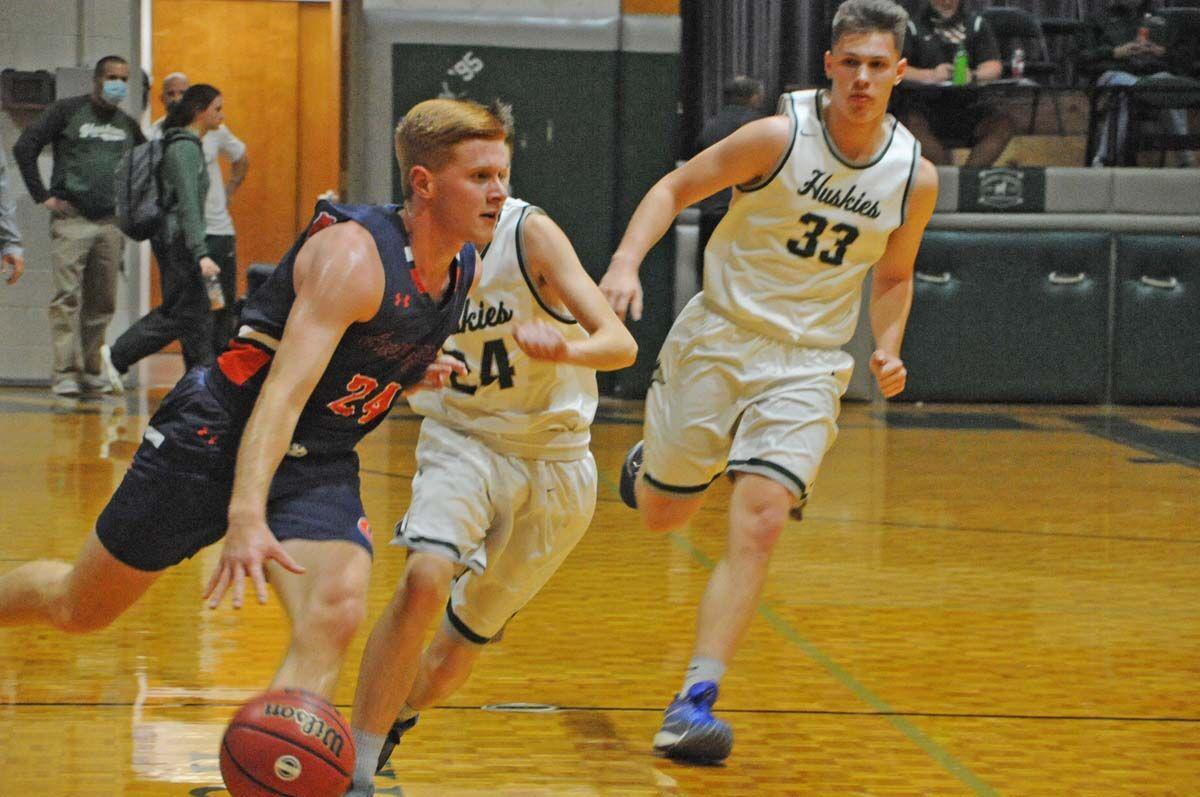 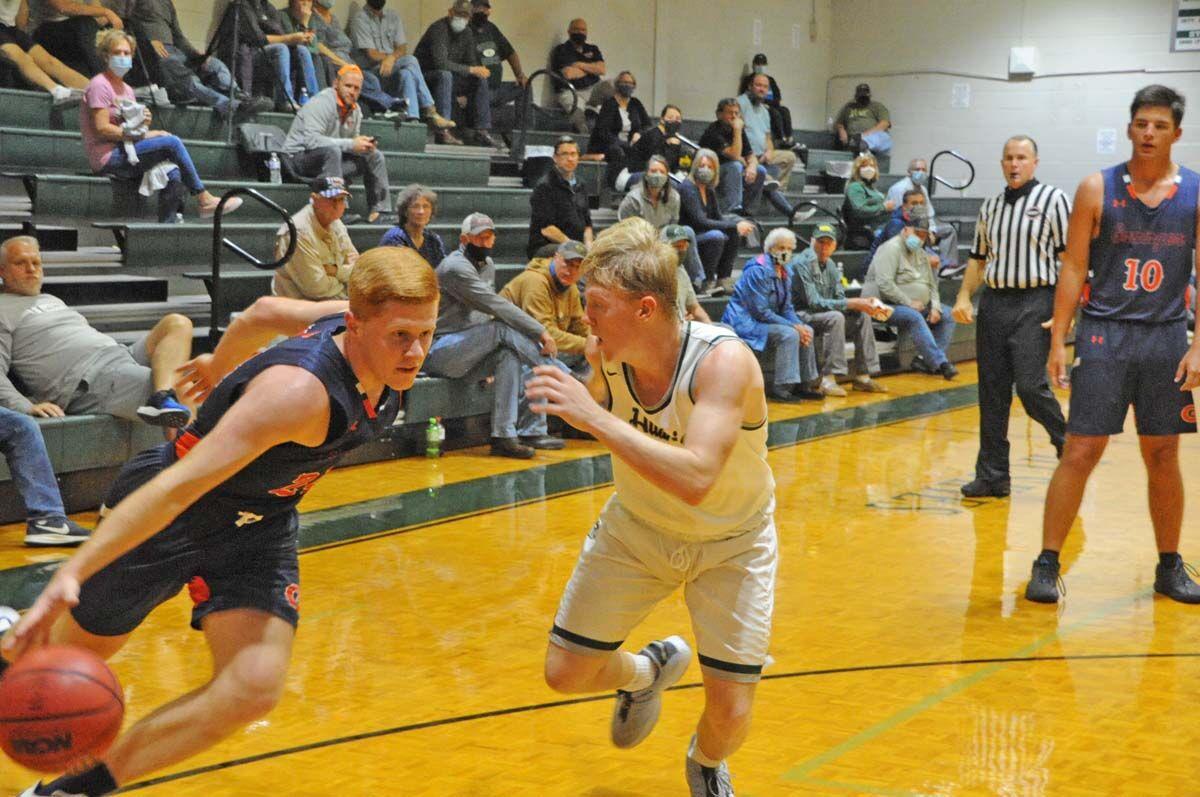 Ty Overbay of Grainger pulls up for a jump shot against North Greene in Thursday’s nightcap.

Grainger fought toe-to-toe with North Greene on Thursday evening through four quarters and then some.

However, it wasn’t enough.

The Grizz had a chance to end the game in regulation with just six seconds left but were called for a travel. Then, in overtime, North Greene took advantage of some missed shots and pulled away, taking down the Grizzlies, 79-70.

“I felt like they executed (in overtime),” Grainger coach Adam Wolfenbarger said. “They are a well-coached team. They shot it when we didn’t shoot it. We had our guy (Jaxon Williams) in the corner down four, we like our chances. We have all see him make them. We just don’t have our legs yet.

“We missed some shots tonight just like Tuesday night that we can make and know we can make them. We just have to execute better.”

With the loss, Grainger falls to 0-2 on the year.

The Grizz led for most of the contest but could never seem to pull away as the lead never got above nine points. Grainger led from the 1:11 mark in the first quarter all the way to the 7:40 mark in the fourth quarter.

With things going against them in that fourth quarter when they finally relinquished the lead, Grainger’s Tristan Warfield came to the rescue to try and lead his team to victory.

Warfield, after not scoring in the first three quarters, scored Grainger’s first 10 points of the quarter and matched North Greene shot for shot to keep a two-point lead. Warfield’s presence in the paint was a sight for sore eyes as they Grizz had struggled down-low for much of the game.

“I am really proud of Tristan’s effort down-low in the post,” Wolfenbarger said. “That’s something I have been trying to get out of him for a little bit. He is very capable of doing that. That is where he can really help us down there. I hope he sees that he has a lot to grow off of right there.”

The Grizzlies were led in the game by Jaxon Williams who scored 23 points. Warfield finished with 13 while Emmanuel Atkins added 13 as well.

For the second game in-a-row, Ty Overbay produced off the bench for Wolfenbarger as well. Overbay had 10 points in the game and provided some serious speed for Grainger.

“Ty has been solid for two straight games,” Wolfenbarger said. “His wind is a bit of a factor; he is a jitter bug. Ty is going to play as hard as he can play when he is out there. About two minutes left, Ty looked at me and said he needed to come out. A lot of players wouldn’t do that, so that speaks to what kind of character he has and what kind of teammate he is.”

It was a back-and-forth affair for much of the first quarter with the lead changing three times as well as two ties. Atkins hit a three shortly before the end of the quarter that gave Grainger a one-point lead.

In the second, Grainger continued to try and build on their lead and got it to nine when Reece Jones came off the bench and hit a shot, missed his free throw, got the ball back and put it back in for a huge four-point swing. However, North Greene would not go away and had the lead down to six at the half.

Coming out hot to start the third, North Greene immediately cut the lead to one before Williams hit a timely three for Grainger. The two teams traded buckets for much of the third, and Grainger led by one after three.

But the lead would not last for long as North Greene came out and immediately hit a three to take the lead. That was when Warfield took over for a four-minute stretch to regain the lead. Both teams traded buckets for the remainder of the quarter and an Atkins shot tied the game at 64 with 44 seconds left.

North Greene planned to hold for the final shot but were called for a travel with six seconds remaining. But, Grainger gave the ball right back to them with a travel of their own. A desperation heave was no good at the buzzer, but North Greene pulled away in overtime for the win.

“We have to buy in a little better and execute better,” Wolfenbarger said. “We have to focus in practice and take everyday seriously, not just game time. Once we start doing that, it’ll start coming.”