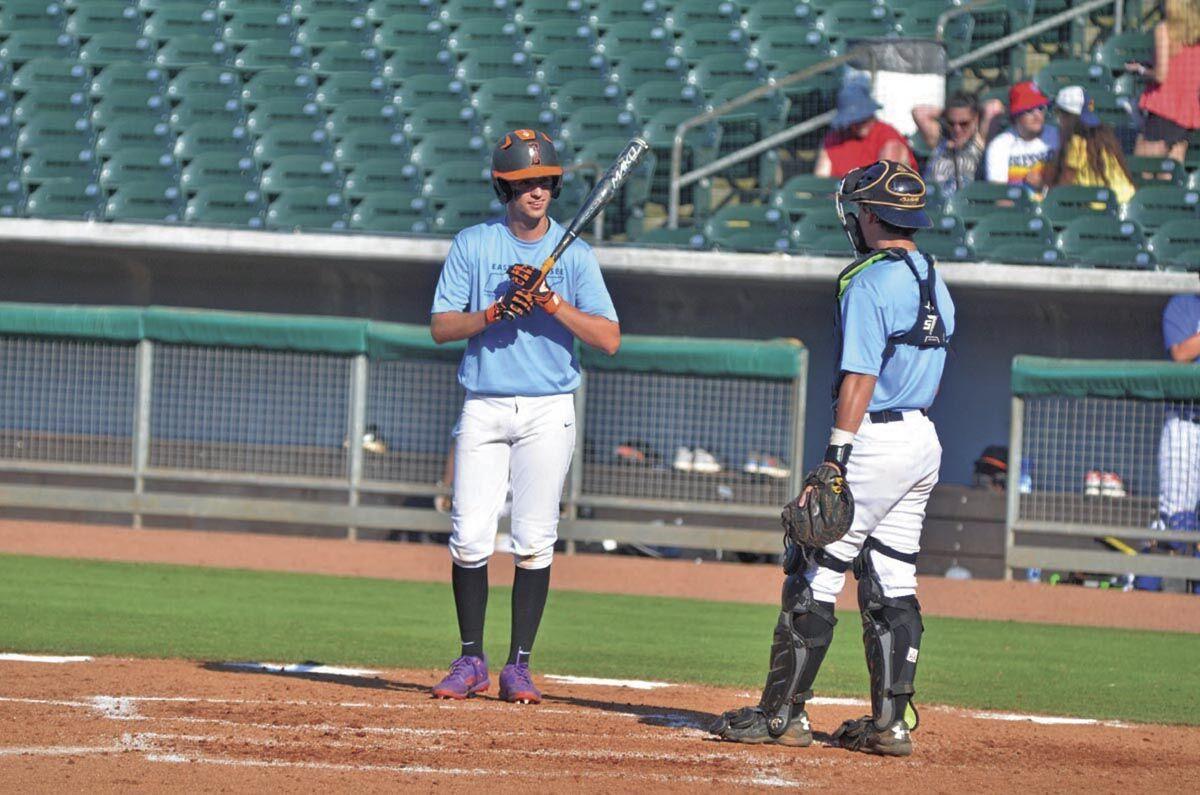 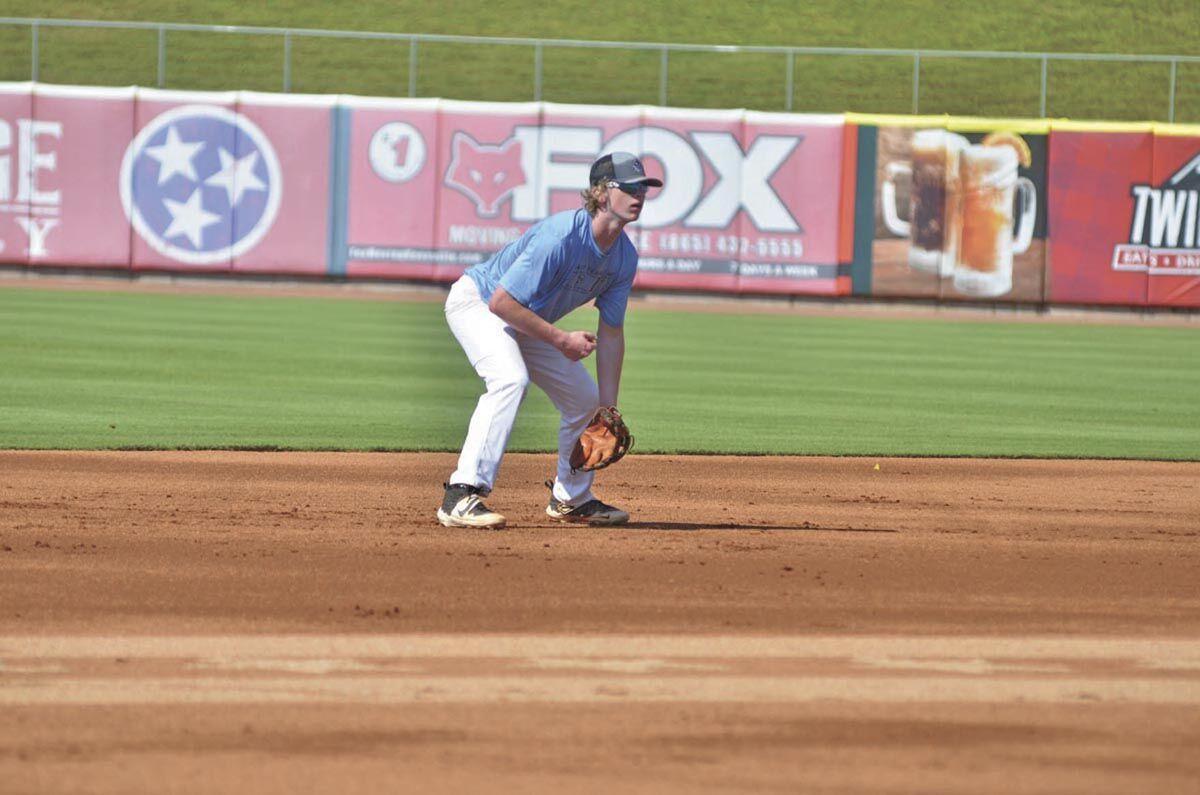 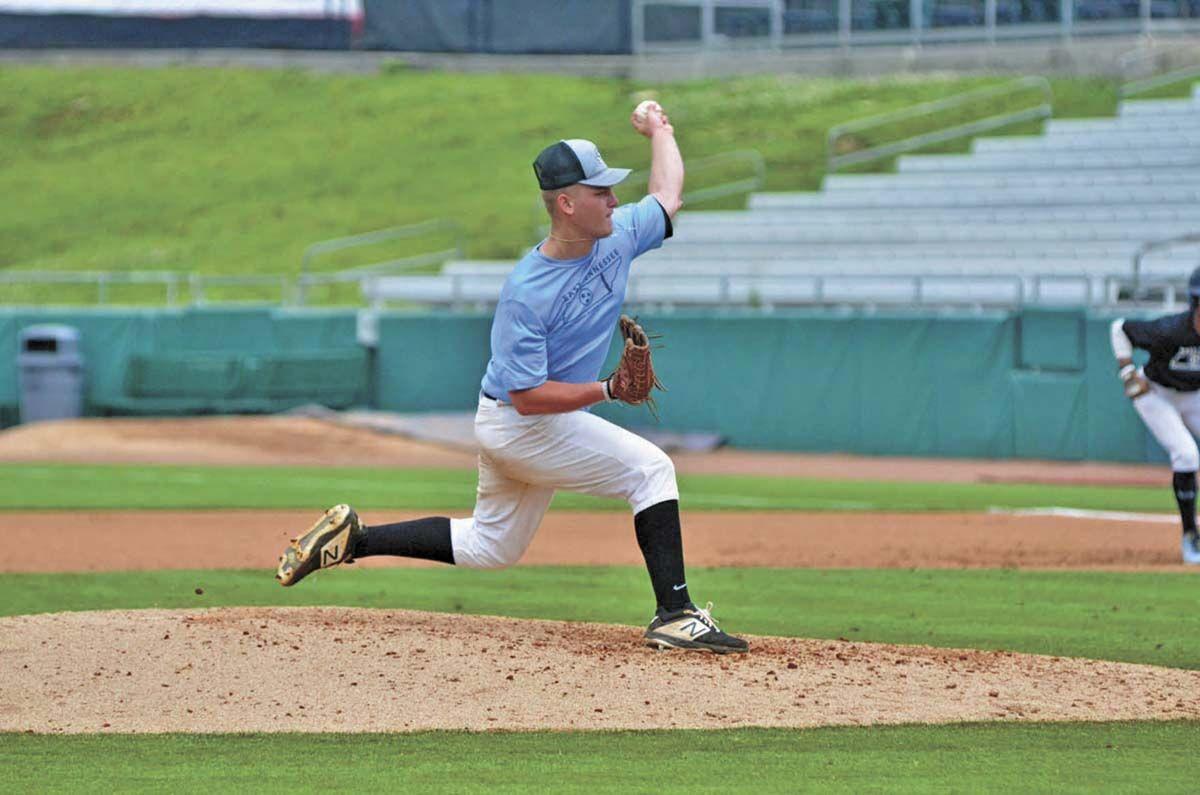 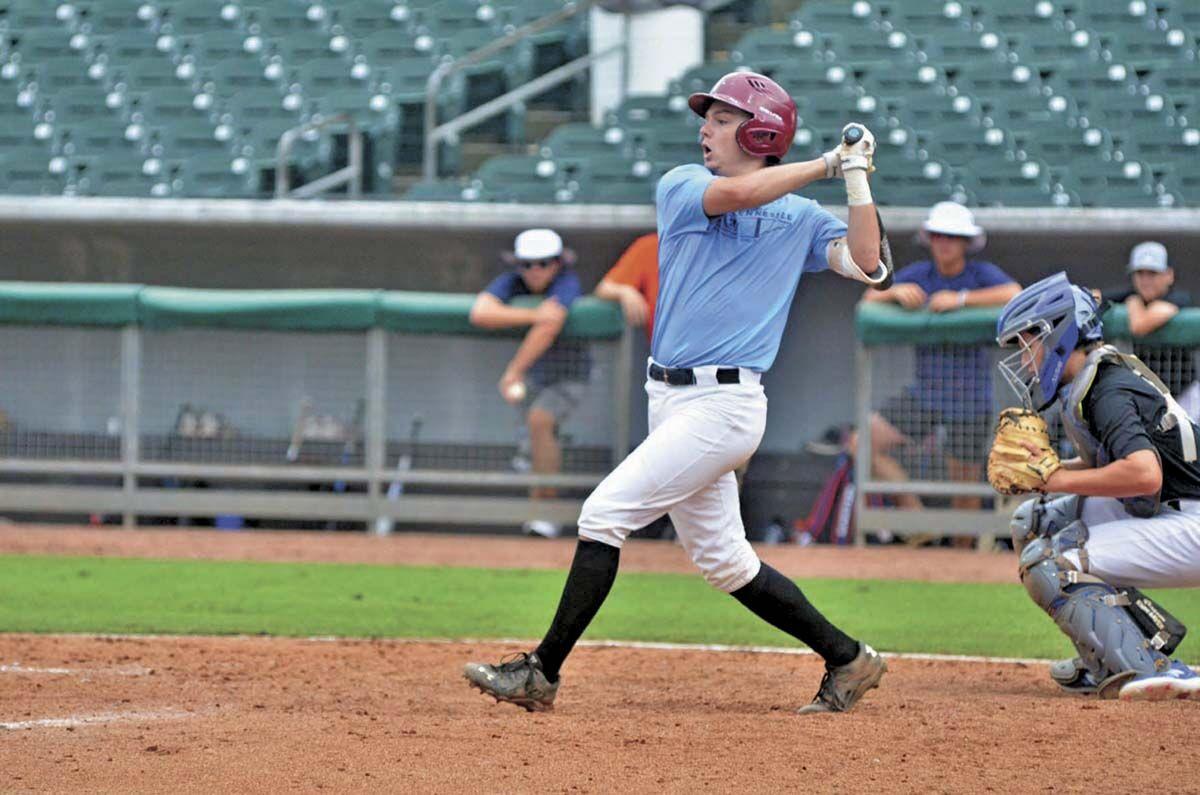 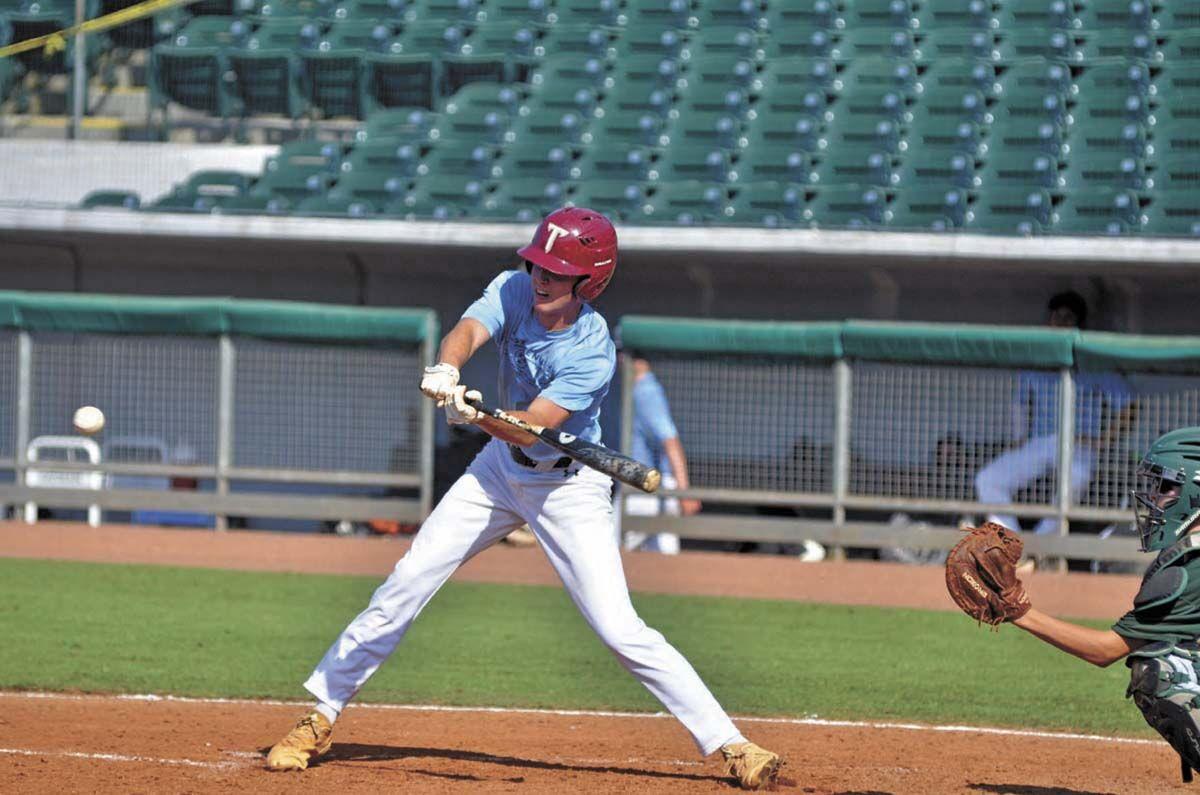 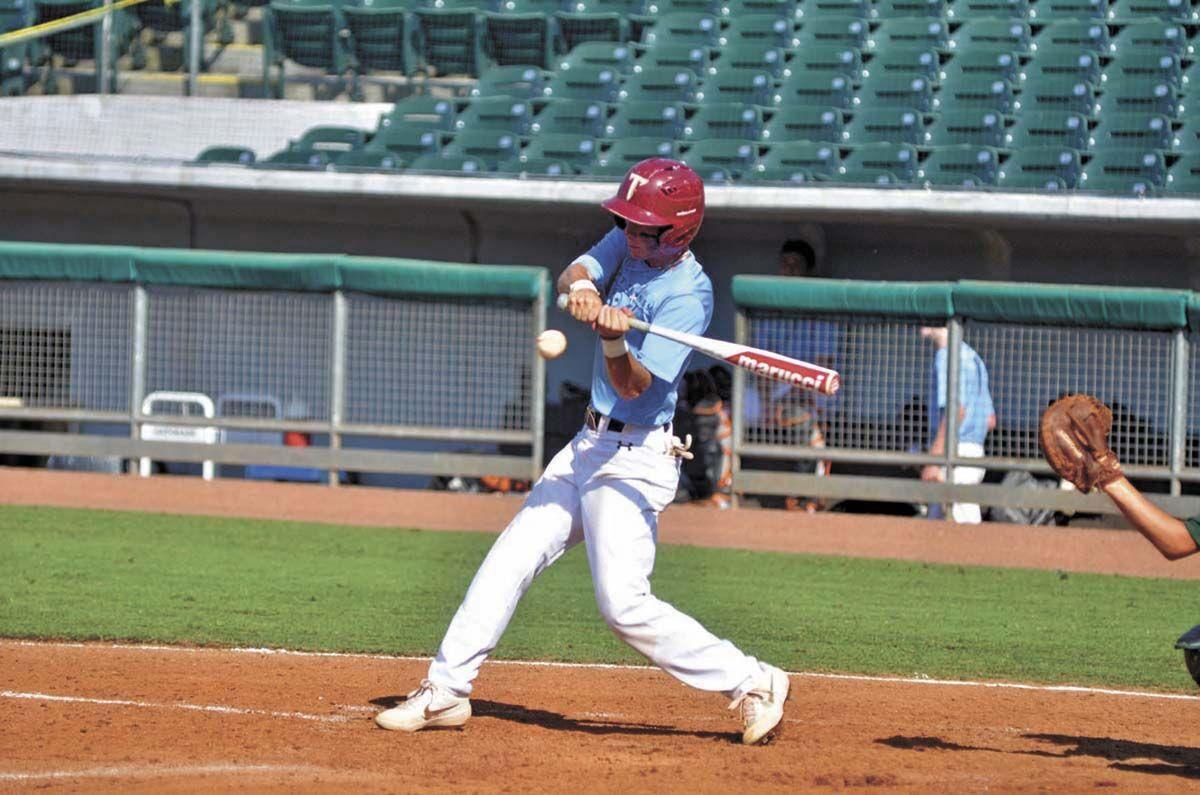 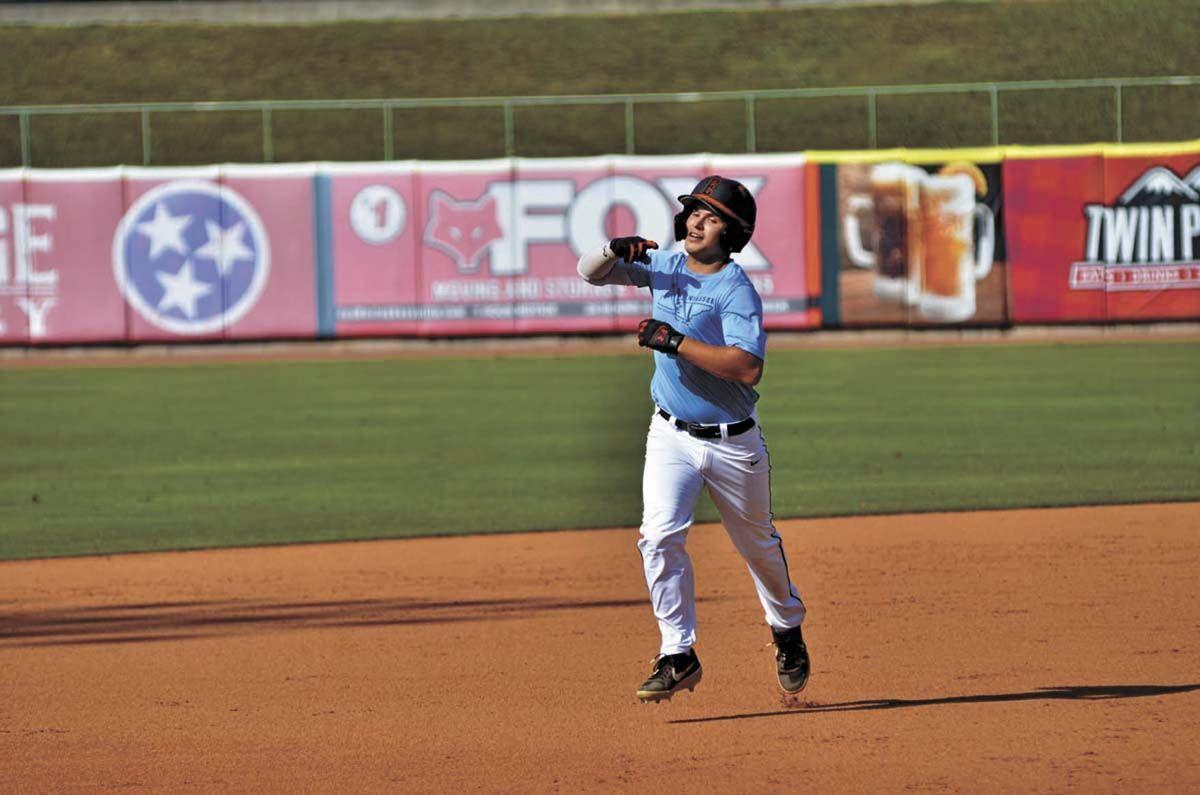 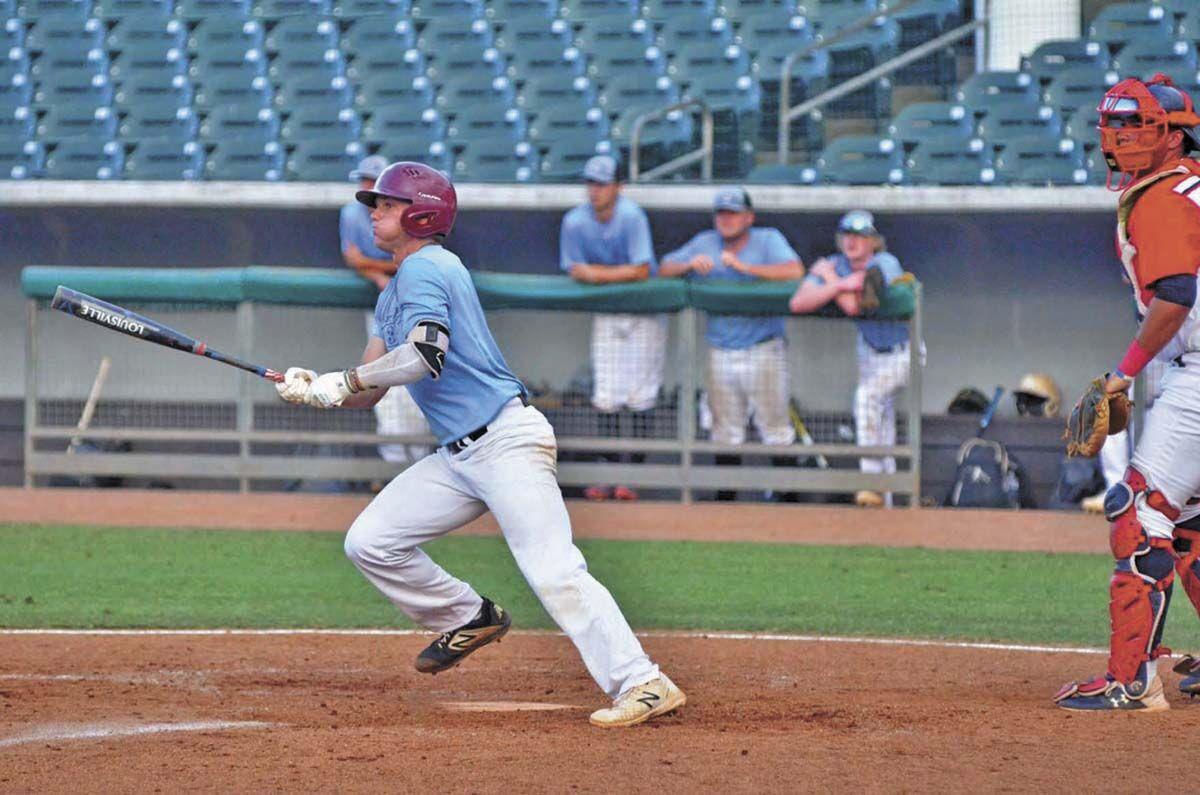 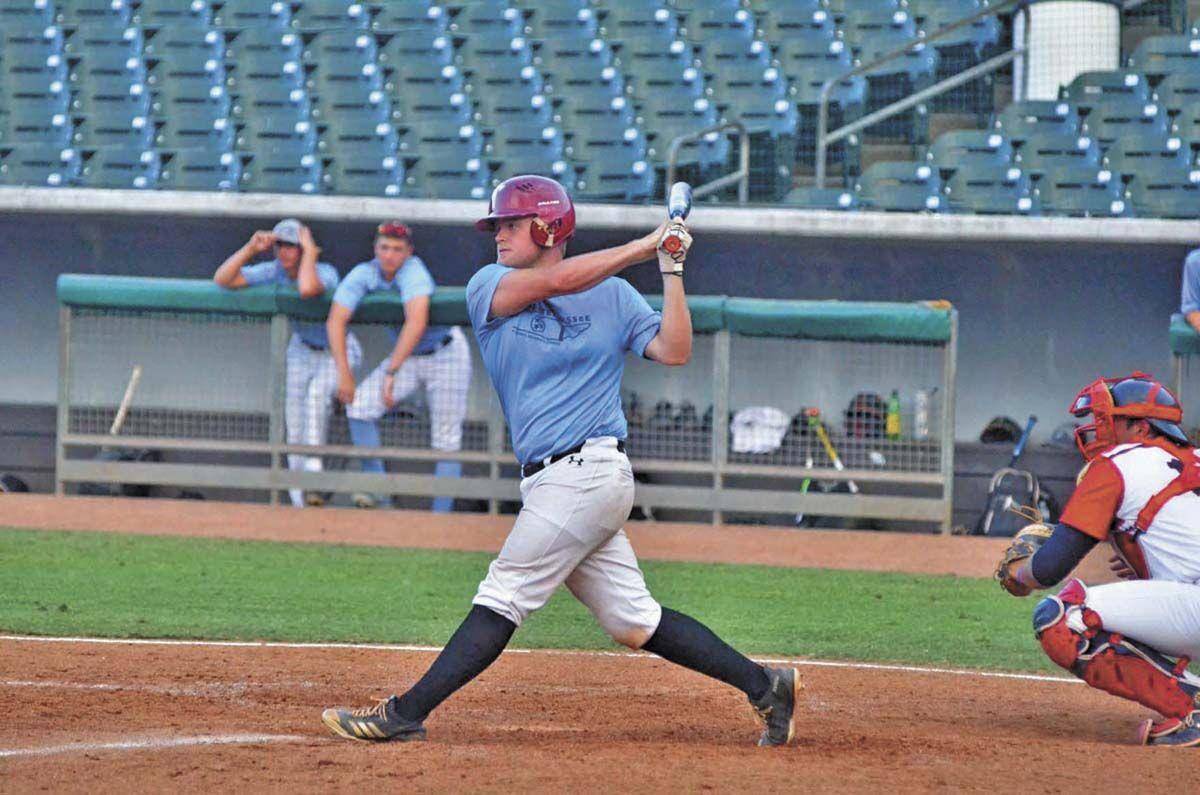 While it might not have been the way they had hoped, the Morristown Sandlot baseball team ended their season with a win and on a five-game winning streak.

The Sandlot’s record of 8-3-1 was good enough for fourth place in a stacked East Tennessee High School Baseball League. Normally, the top six teams make the playoffs, which started this weekend.

Unfortunately for the Sandlot, they are not at Smokies Stadium this weekend.

With Morristown East and West graduations taking place this weekend, the Sandlot would have been missing basically their whole team when their first playoff game was scheduled to be at 7:30 p.m. on Friday night. With South Doyle, their scheduled opponent for Friday and a team Morristown beat just last week, not willing to move the game to 2:30 to accommodate the Sandlot, Morristown was forced to bow out of the playoffs, ending their season.

“I have coached most of these guys before,” Sandlot coach Tim Johnson said. “They are all friends in life and baseball. I feel very honored to be a part of that journey for them. They got to experience one last summer of baseball with their friends. Phillip (Lovin) and I coached them really easy. We wanted to just let them have their moment and play. They played baseball with pride and played with joy in their hearts.

“We all consider this to be a huge success and would like to thank the Smokies for putting on this season. We would also like to thank the parents of the players and the community of Morristown for supporting Sandlot baseball.”

Morristown had nine seniors on their summer baseball team, five from West and four from East, and each had their own share of success in their final time playing together.

Here are how the seniors fared this summer:

Playing in all 11 physical games, the Sandlot’s final game was a forfeit by Seymour, Gossett took advantage of the summer season.

Gossett, who missed his senior football season due to a torn ACL and worked his way back to be able to play his final baseball season, hit .375 with four extra base hits and knocked in nine runs.

Capping the season off with a bang, Gossett hit the first home run of his high school career in his final game of the season on Monday against Kodak.

It was the only out of the park home run that the Morristown team hit all season. Gossett led the team in RBI and runs scored as well as playing error free defense out in centerfield.

“I felt like an all star and felt great to play another season of baseball with my brothers,” Gossett said. “I felt like I have improved a lot throughout the years, and I felt great about my final senior season and wish the best for all my brothers.”

Lovin, who like Gossett is unsigned, proved his worth at the collegiate level over the two-month season for the Sandlot.

On the mound, Lovin threw 21.2 innings, starting four games, and struck out 29 batters. He allowed just four earned runs and boasted a 1.29 ERA. Lovin proved that he was one of the best pitchers in the league with his ability to work out of trouble.

At the plate, Lovin was just as good, batting .389 with 11 runs scored and knocking in five runs. Lovin was a member of the East Division All Star Team as well.

“The summer league and the Sandlot team meant a lot to me this summer as it allowed me to play a senior season of baseball and to play the game I love one last time together with all my friends,” Lovin said. “As far as how I did throughout the season, it was a rough start for me in the beginning but in the middle and towards the end of the season I really picked it up at the plate and pitched as well. Overall, I loved every minute of every game I played this summer.

A Carson-Newman signee, Johnson was able to prepare over the summer for the next level on the mound and at the plate.

Johnson led the team in batting average, hitting .421, and knocked in six runs. He had four extra base hits and scored six runs as well. Johnson did his job as leadoff hitter by making the pitcher throw a lot of pitches early as he drew nine walks during the season.

On the mound, Johnson started three games, making five total appearances, and threw 9.1 innings, striking out 11. Johnson had an ERA of 5.64.

“I felt lucky to play baseball during this crazy time,” Joey Johnson said. “I felt that I played well. We had a chance to win the whole thing. I wish we could have continued into the playoffs, bu I guess nothing could be done with the schedule. Me and the guys had a great time!”

The 2019 All-Lakeway Baseball Player of the Year, Watson proved his worth at Smokies Stadium.

Slotted in as the number two hitter in the lineup, Watson hit .318 with six RBI and six extra base hits, including two triples. Watson struck out just three times and scored eight runs.

Used as their closer at times, Watson also took the mound on three separate occasions, pitching six innings and striking out five.

“The Smokies league helped me play with my brothers one last time,” Watson said. “Even though I didn’t play as well as I would have liked, it was the most fun season I’ve played.”

Like the majority of his fellow seniors, Devault showed his versatility throughout, at the plate and on the mound.

Devault was a member of the East Division All-Star Team and had four hits on the season, knocking in two runs.

On the mound, Devault made four appearances, starting one game, and 8.2 innings. He struck out seven and allowed just 10 hits.

“It meant a lot having a chance to play more than five games like we did in high school and being able to play with the guys from West that I’ve been teammates with in the past,” Devault said. “We had a slow start, but I feel like we were the best team at the point we were at.

“I would like to say I did pretty good myself. I started off hitting really well and did a good job on the mound all around. It was just fun being with guys I’ve known my whole life and just having fun and playing.”

As sure of a catcher you would find in the ETHSBL, Smith did it all for Morristown, catching, pitching and hitting.

At the plate, Smith came on late as the season progressed, batting .250 with three runs batted in and eight runs scored.

Smith, the Maryville College signee, took the mound two times for Morristown after not pitching in a game during his high school career. Smith started the final game of the season, throwing two innings, striking out two and allowing one run on one hit.

“I’ve always thought I had a good arm,” Smith said after pitching for the first time in the league’s senior game. “I thought I could go off the mound. I’ve never really had a chance because I’ve been catching, but I saw my opportunity and went out there.”

Along with Lovin and Devault, Kelley was also a member of the East Division All Star Team.

Playing third, second and shortstop throughout the season, Kelley hit .200 on the year, knocking in six runs and scoring six runs.

“Honestly, I didn’t play near the caliber I should have played, but it was just a blessing to be able to come back onto the field for one last season with they guys I’ve played with throughout my entire baseball career,” Kelley said. “It was one of the best experiences I’ve ever had.”

A Morristown West graduating senior, Barry picked up his first hit of the season in the Sandlot’s final game of the year.

Barry knocked in his first run of the year on Monday as well and scored four runs total on the season.

On the mound, Barry threw 2.1 innings, including a scoreless fourth inning on Monday against Kodak. He struck out one on the year.

“On the Sandlot team, we had a mix of West and East players which we’ve all played with since we were little,” Barry said. “When we used that phrase (let’s get weird), it was electrifying to us. Meaning, when we would be in innings, nothing would hardly affect us, no bad play was ever penalized and we made it through because we would always make up for it. Rather, it was the saying we had when we were hitting or if it was just the way we played out on the field. Regardless of what we did, we tried to be different. So, ‘lets get weird” stuck to us and that’s how we got a rally going.”

Beaver showed his patience at the plate throughout the season.

While making 20 plate appearances, Beaver walked six times and knocked in three runs because of it. Beaver played in nine of the team’s game.

He also had a chance to take the mound in the team’s final game and made the most of it, throwing a scoreless fifth inning, striking out one to close the season out.

“This league gave me an opportunity to have a season that I would’ve never had,” Beaver said. “I may not have played to my best ability, but I had loads of fun and I figured out that having fun means more than just how you play. This was probably the most fun I’ve ever had playing baseball in my life.”