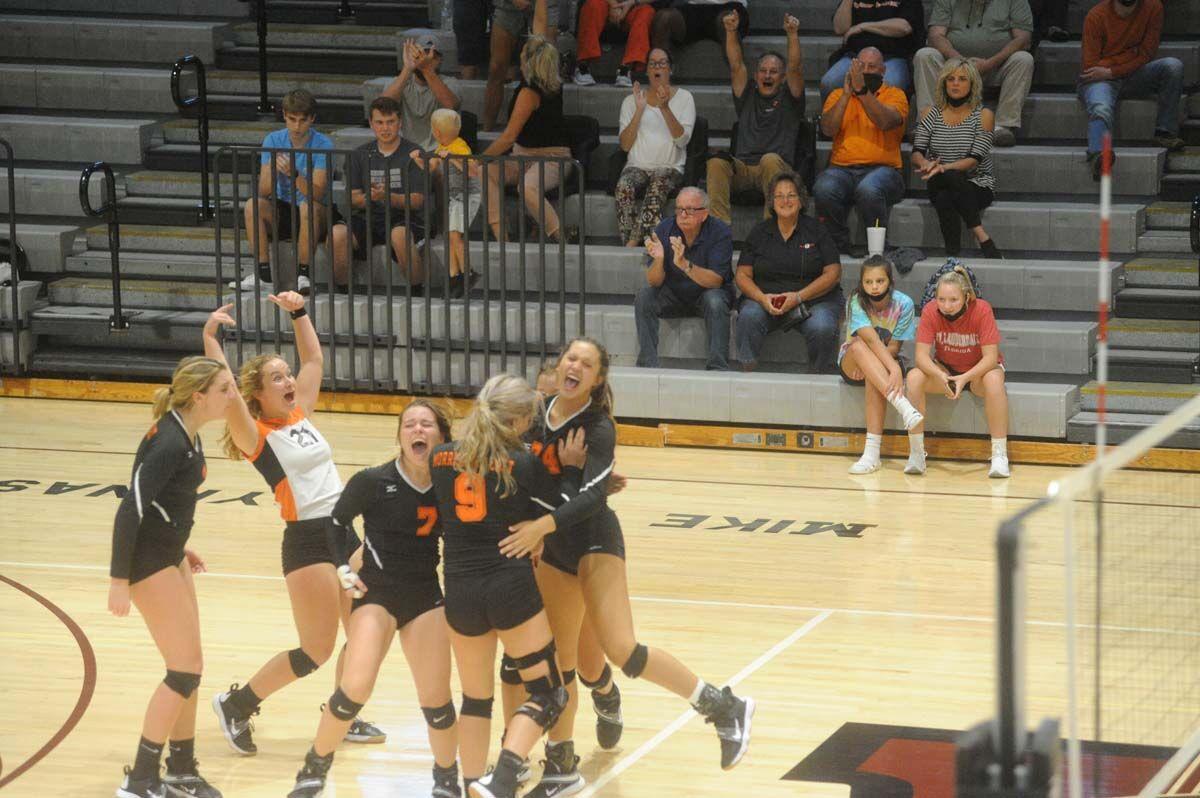 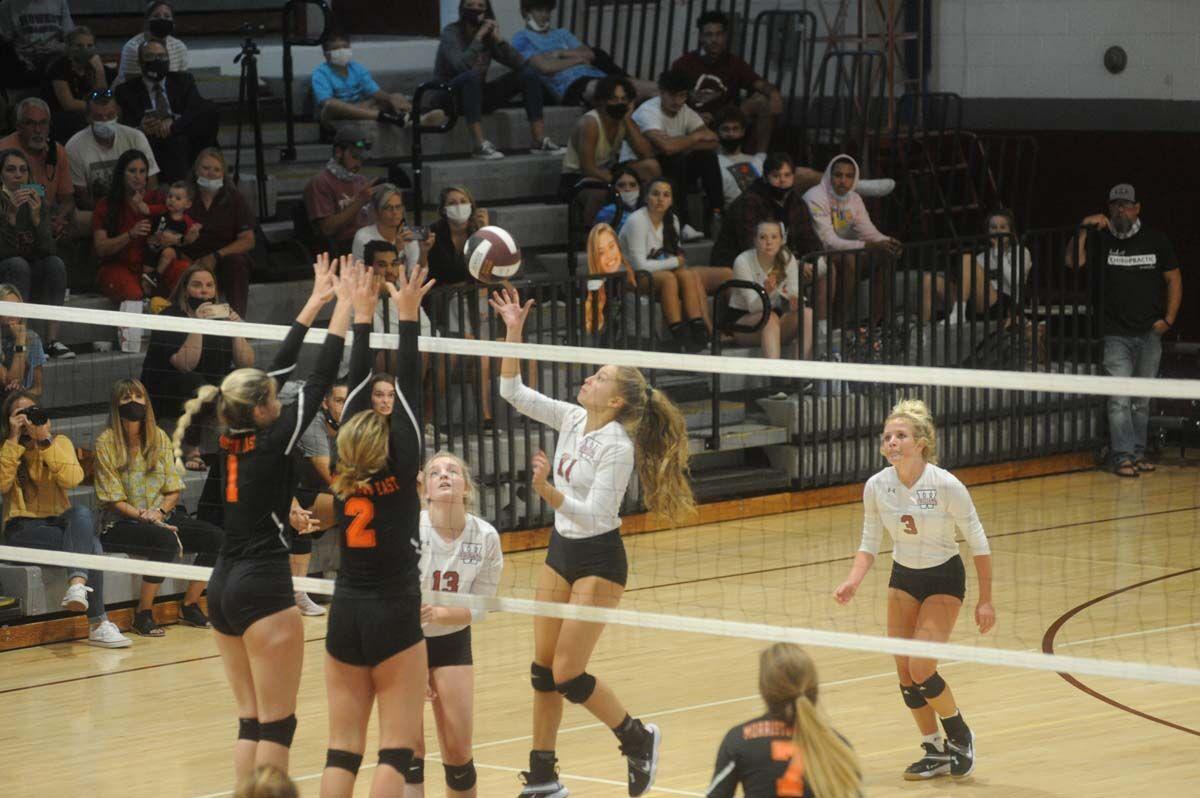 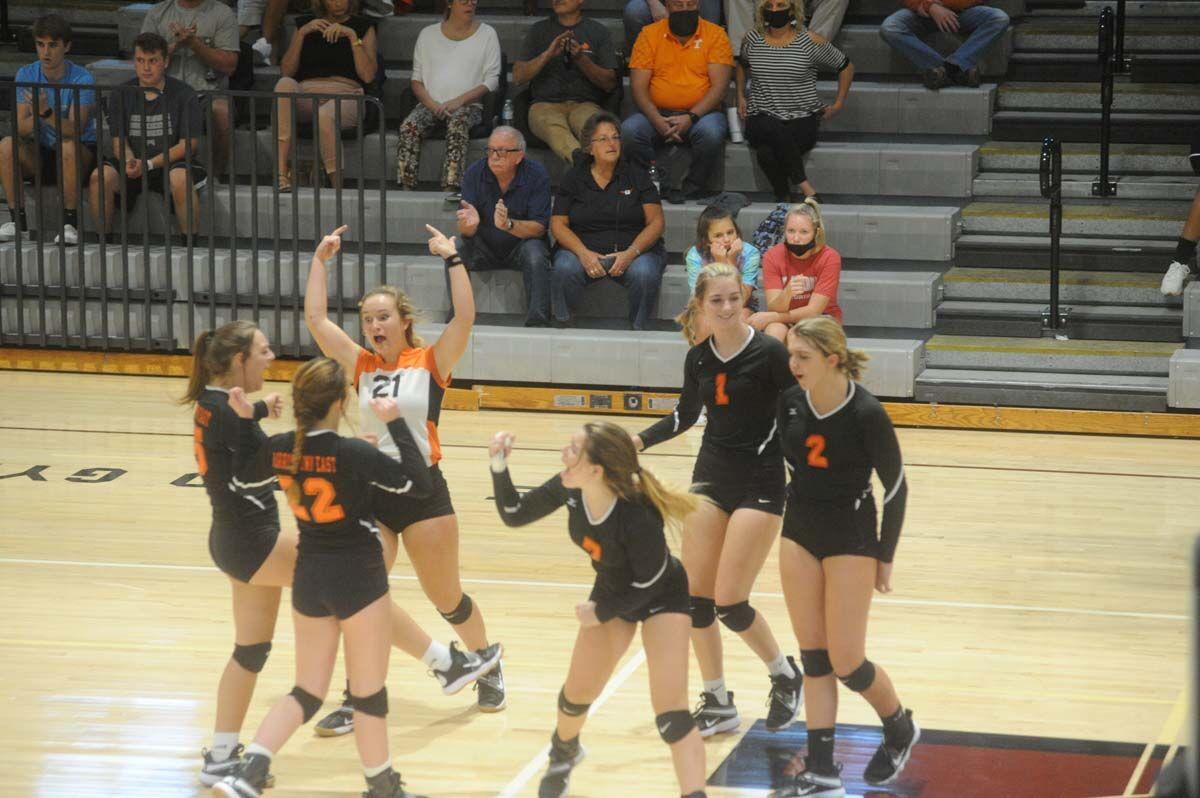 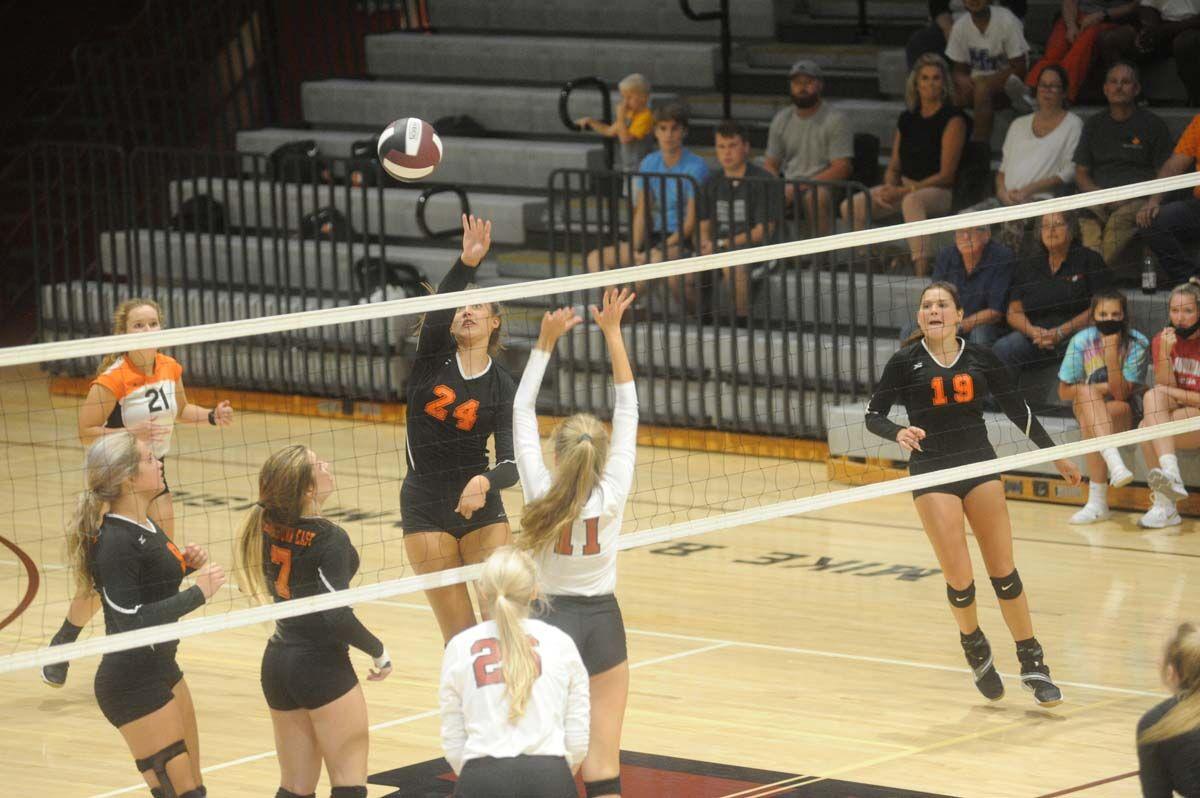 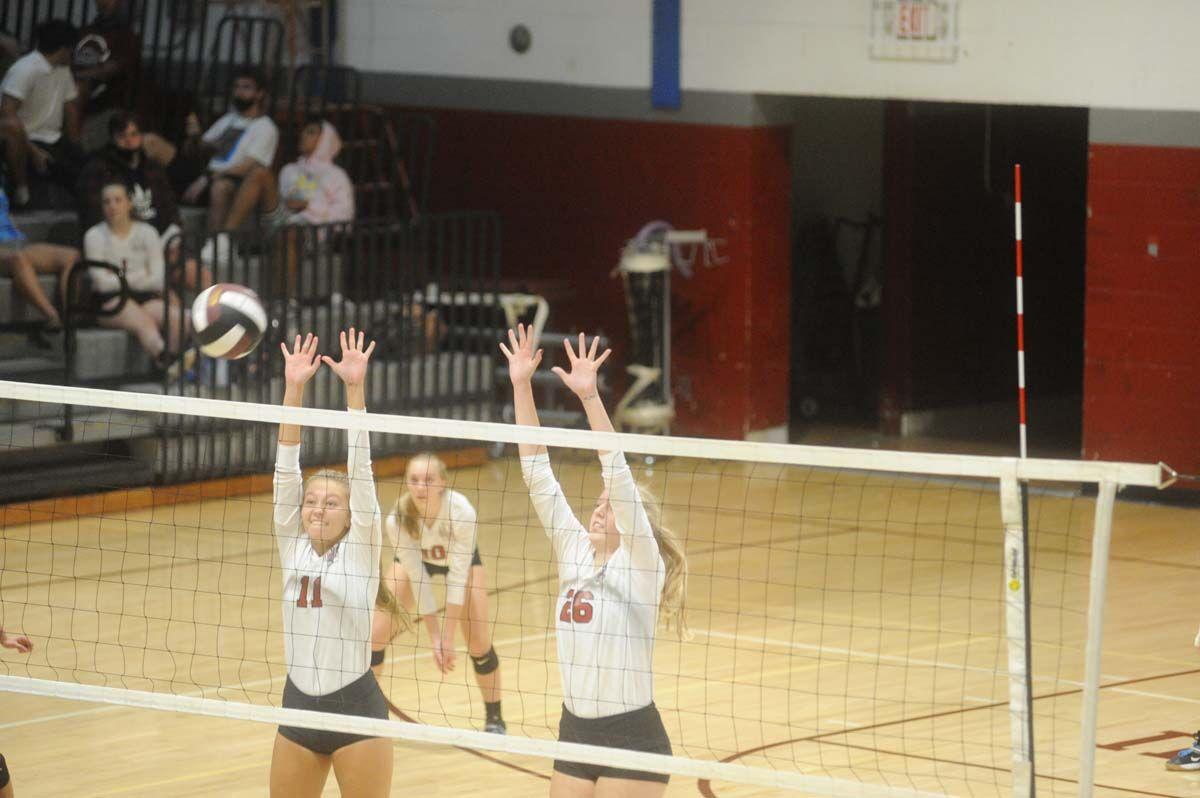 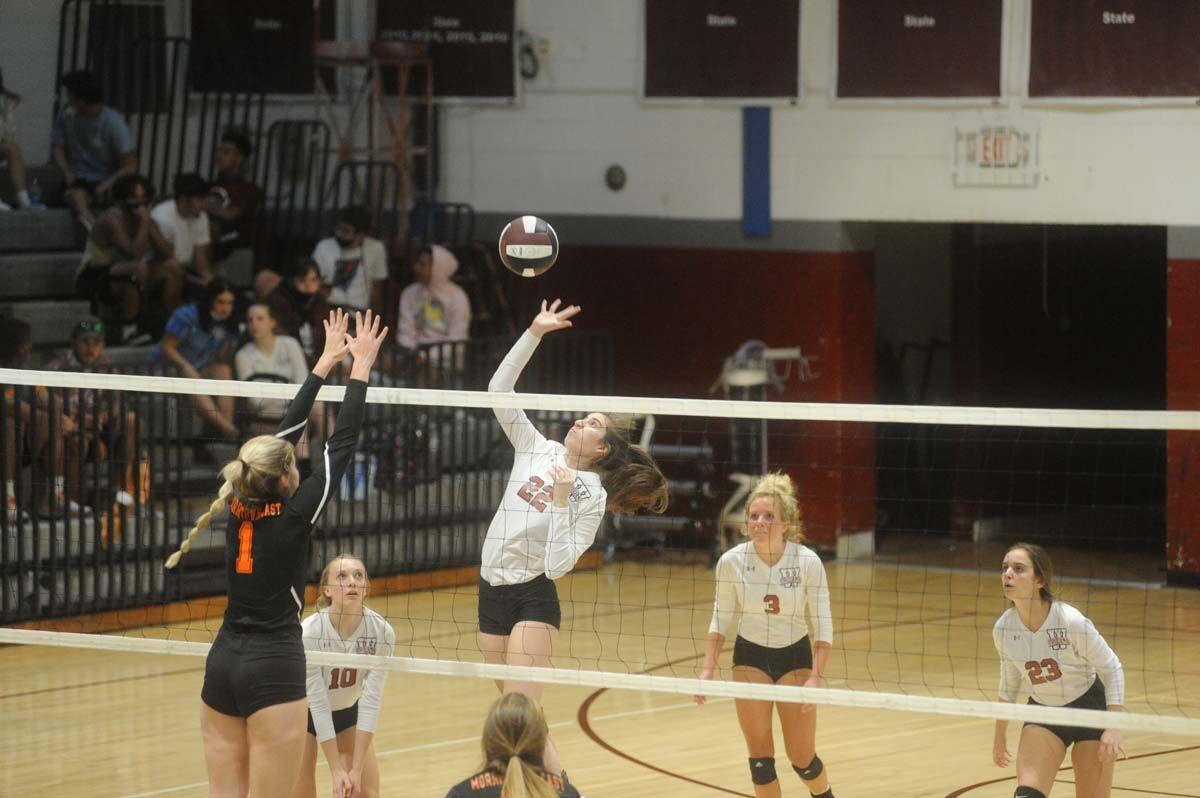 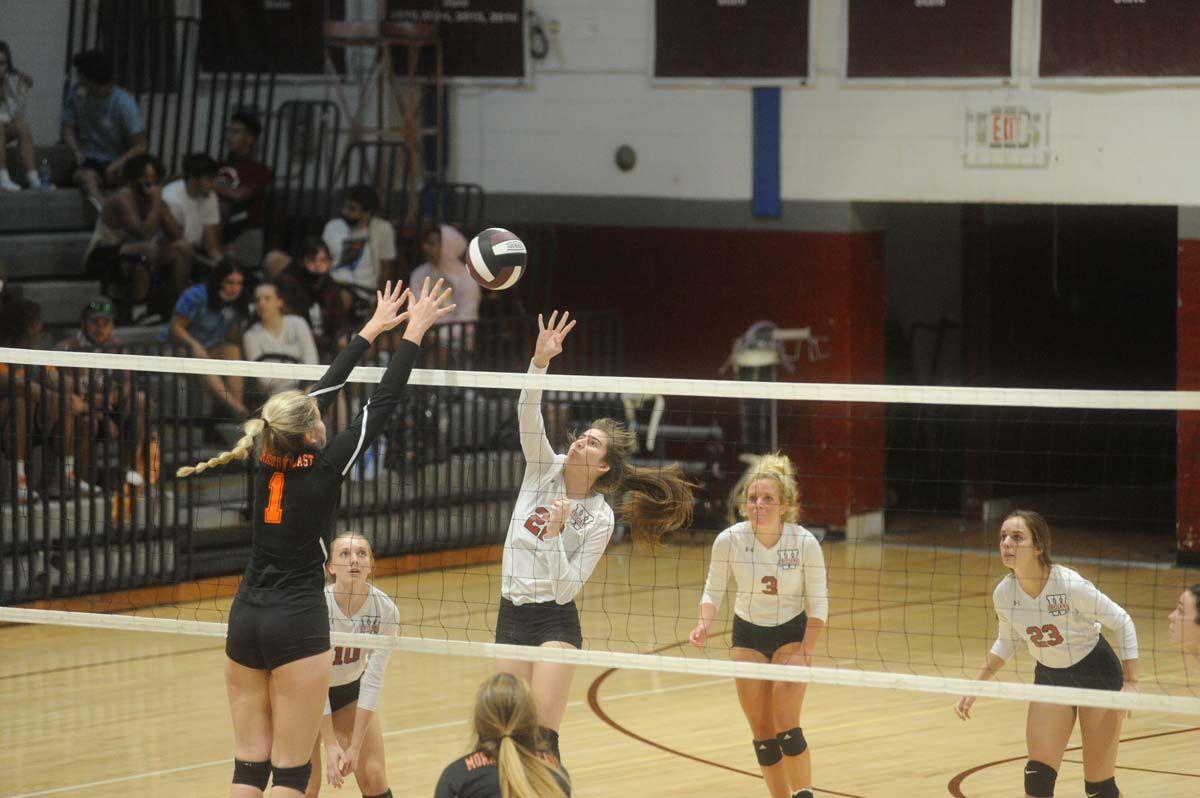 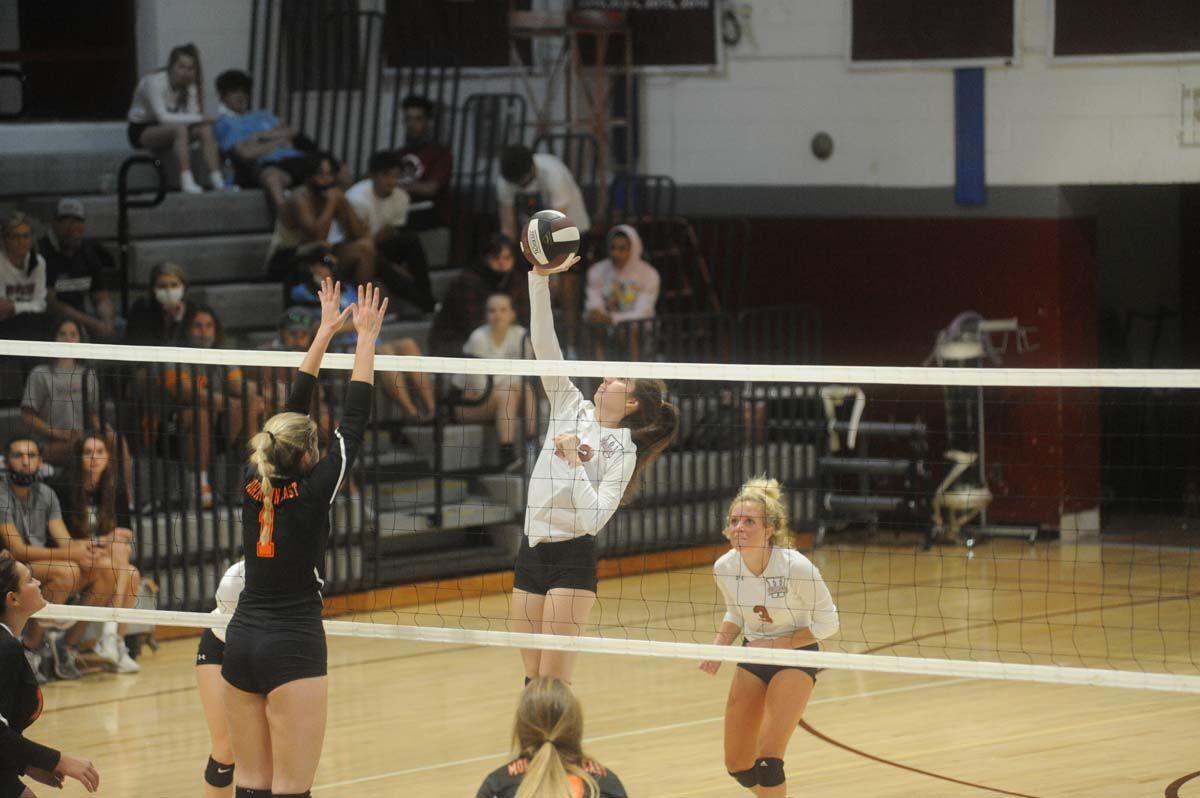 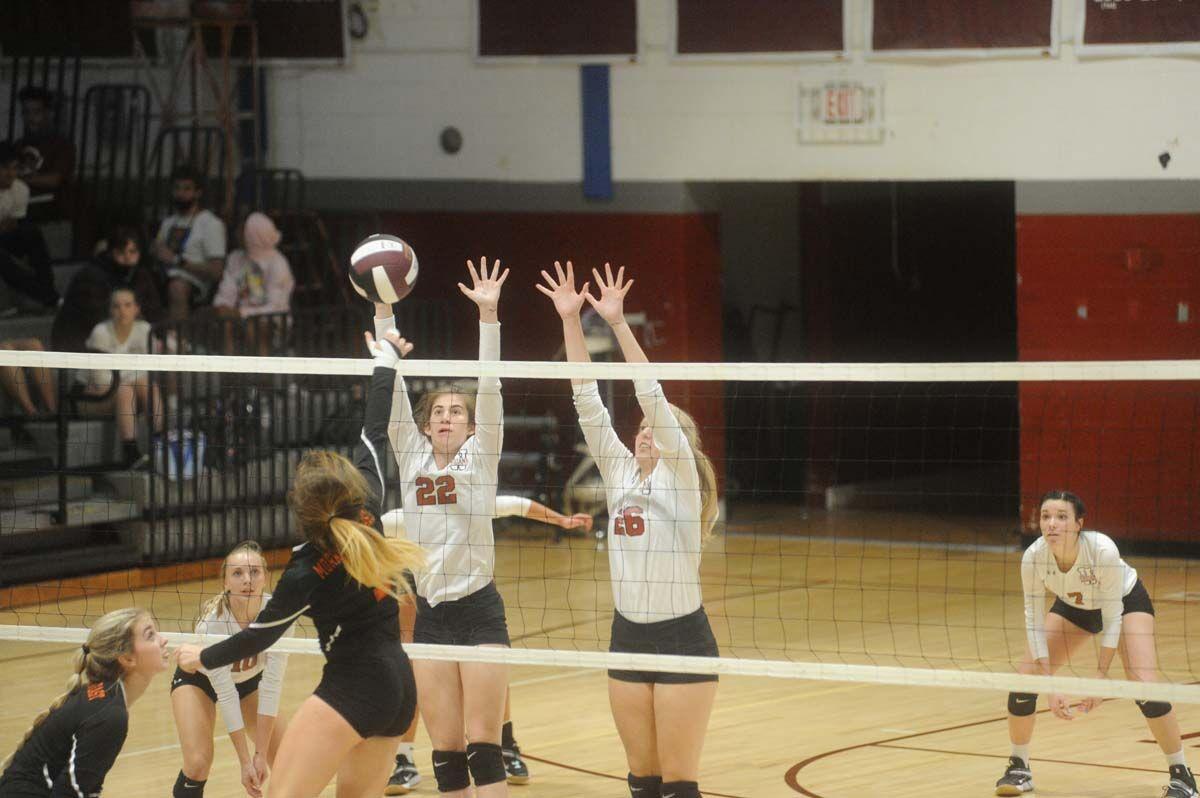 The Lady Hurricanes, who had already wrapped up second place in the Inter Mountain Conference, improved to 10-4 for the season and closed out conference play at 6-2.

East closes its season on Thursday as they host Greeneville and Grainger County with the first match starting at 5 p.m. at Isenberg-Siler Gym.

The Lady Trojans saw their worksheet slip to 3-8 for the year and finished at 3-5 in IMC action. West closes it regular season tonight by hosting Grainger County. East rolled out to an early eight-point lead and captured a 25-20 victory in the opening set Monday. The Lady Trojans battled back from a 22-15 deficit to tie the second game at 24-24 but the Lady ‘Canes scored two straight to win it.

The third game wasn’t as close. Coach Holly Drinnon’s club captured a 25-14 victory to wrap it up.

A couple of players who see lots of action were missing for East and you could see that the rotations were a little out of sync as Drinnon moved players around to fill the gap.

“I was actually proud of them considering all the changes we had to make,” said the coach. “It’s not easy to play where you’re not used to playing and I had to run people in and out like that.”

She added, “But I thought we finished the match pretty well. Really, our serve-receive was our biggest issue.

“Luckily we have some practices and the two matches on Thursday to work on things before the district tournament starts next week,” Drinnon said. “I don’t know a whole lot about Grainger but I know Greeneville is a really good team.”

West coach Daniel Webb said, “We got off to a slow start in every game but I was proud of the way the girls hung in there and battled.

“It was an emotional day for us but I thought the girls handled it pretty well.” Webb was referring to the fact that one of the player’s fathers had passed away.

The coach remarked, “I thought we passed the ball better than we had been and that’s something we’ve been working to improve. We just need to get off to a quicker start.”

Madyson Greenlee served up three aces and Jaci Drinnon two for East. Jaci had 13 digs with her sister Randi leading the way with 14. Finley Surber chipped in 10.

West scored the first two points of the opening set before the Lady ‘Canes tied it. Coffey’s kill gave the Lady Trojans their final lead but East ran off nine straight points to go up 11-3.

Burnside and Bell had kills in the spurt and Greenlee served a pair of aces.

The Lady Trojans chipped away at the lead and finally got the margin down to 17-15 as Coffey had two kills and served an ace in a 5-0 run. East pulled back into the led with a 4-1 spurt but and ace by Abby Trent got it down to 22-20.

Jaci Drinnon then flipped a shot back over her head instead of setting to score and Greenlee knocked down a kill as East scored the last three points.

The Lady ‘Canes led all the way in the second game and had a comfortable 19-11 margin after a kill by Bell. It was 22-15 when West came up with three straight points.

Greenlee dumped a shot into an open spot to put East up 24-19 but Trent nailed two kills and East had three hitting errors as the Lady Trojans came back to tie. But Jaci Drinnon flipped in over her ahead again to score and it ended on a hitting error.

After West scored first in the final set, the Lady Hurricanes reeled off five straight points and pulled steadily away to an 11-6 margin. Bell and Burnside then had two kills each in a 7-1 spree to take total control.

The Lady Trojans got no closer than 22-14 the rest of the way.