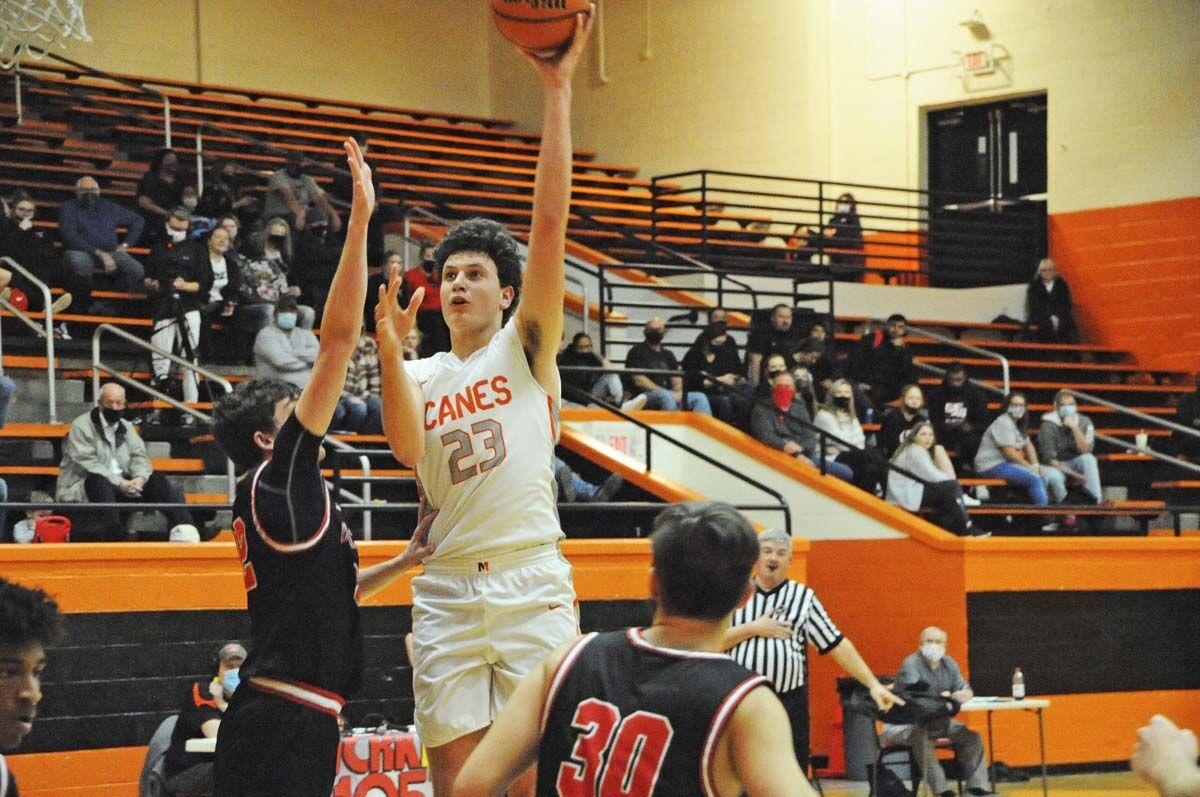 Morristown East’s Braden Ilic goes up for a hookshot on Friday night against Cocke County. Ilic had 13 points in the contest. 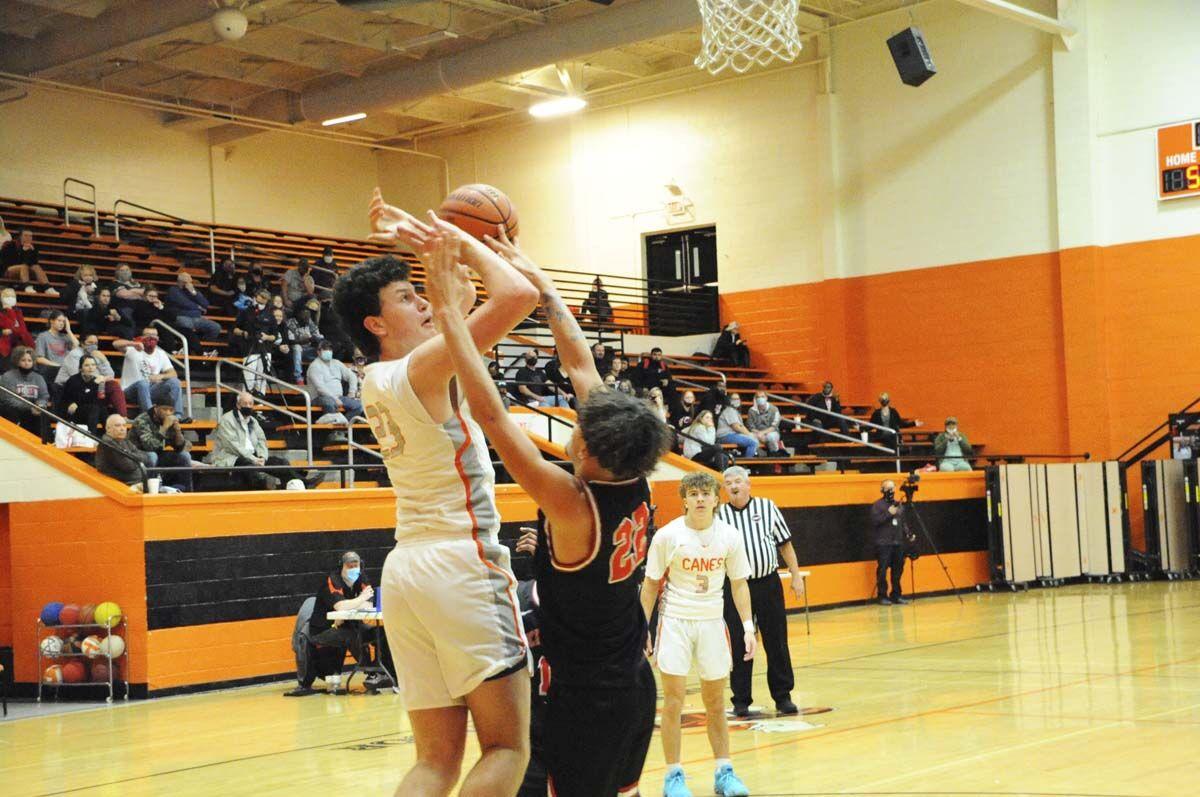 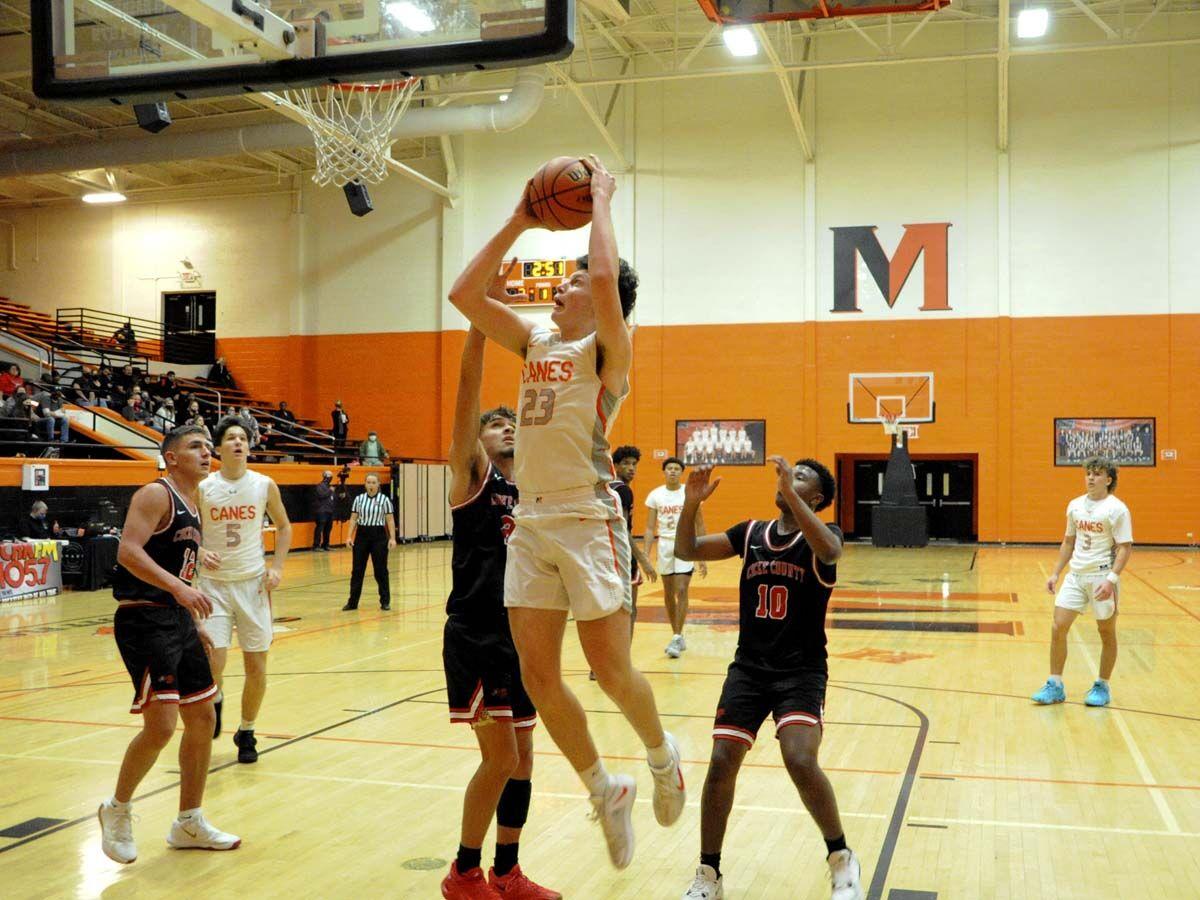 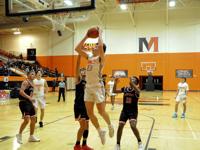 Morristown East’s Braden Ilic goes up for a hookshot on Friday night against Cocke County. Ilic had 13 points in the contest.

The Hurricanes had four players in double figures as they racked up their 10th straight win and improved to 14-3 for the season. East is now 7-0 in league play.

Cocke County, now 6-13 overall and 2-4 in IMC action, was led by Jody Swann, Baylor Baxter and Keaston Jackson who all scored six points.

The ‘Canes led by only two at 15-13 with less than a minute remaining in the opening quarter but scored the final five points and then outscored the Fighting Cockes 29-9 in the second stanza to take complete charge. It was 70-31 going to the fourth quarter when the clock ran full time.

East shot the ball really well and wound up hitting 31 of 56 from the floor for 55.4 after making over 71 percent of their two-point attempts (25 of 35) in the first three periods. The Hurricanes were 6 of 18 from behind the arc with Wright hitting four of those.

East coach Alden Collins said, “I thought our guys played with a lot of energy and a lot of effort. I thought our transition break was really good tonight.

“Our emphasis all week has been on committing to the defensive side of the ball and playing good team defense,” said Collins. “When we translate that it earns a lot of easy opportunities for our team. We saw a lot of that tonight. We shared the ball well and had a lot of people scoring.”

He continued, “Kyle is so good in transition when we’re getting him and Micah both out in tandem in front of the defense, we really click on the break.”

The coach added, “Winning 10 in a row is nice but number 11 would be huge for us. We go to Sevier County on Tuesday and they only have one conference loss so it will be tough for us. It’s always a tough place to play and you can be sure Coach (Ken) Wright will have them ready.”

It was close for most of the first quarter with the lead swapping hands six times and the game tied once. Wright hit a three with 2:18 left to put East in front for good and hit another to make it 15-12.

After Jimmy Costner scored for Cocke County, Ilic gunned in a trey and then grabbed a rebound and scored for a 20-13 lead at the first break.

Simpson sandwiched baskets around one by Shaffer Harville to open the second frame but Jackson hit a bucket and Swann nailed a three to get the Big Red within 26-18 with 5:16 left in the half.

However, the ‘Canes reeled off 16 straight points over a span of 2:20 as Cloninger and Cole Henson led the way. East kept pulling away to lead 49-22 at intermission.

Simpson scored 11 in the third period and East closed the quarter with an 11-1 run to lead by 39 at the last rest stop.

Collins had mostly subs in the game in the final two minutes of the third and the entire fourth quarter.