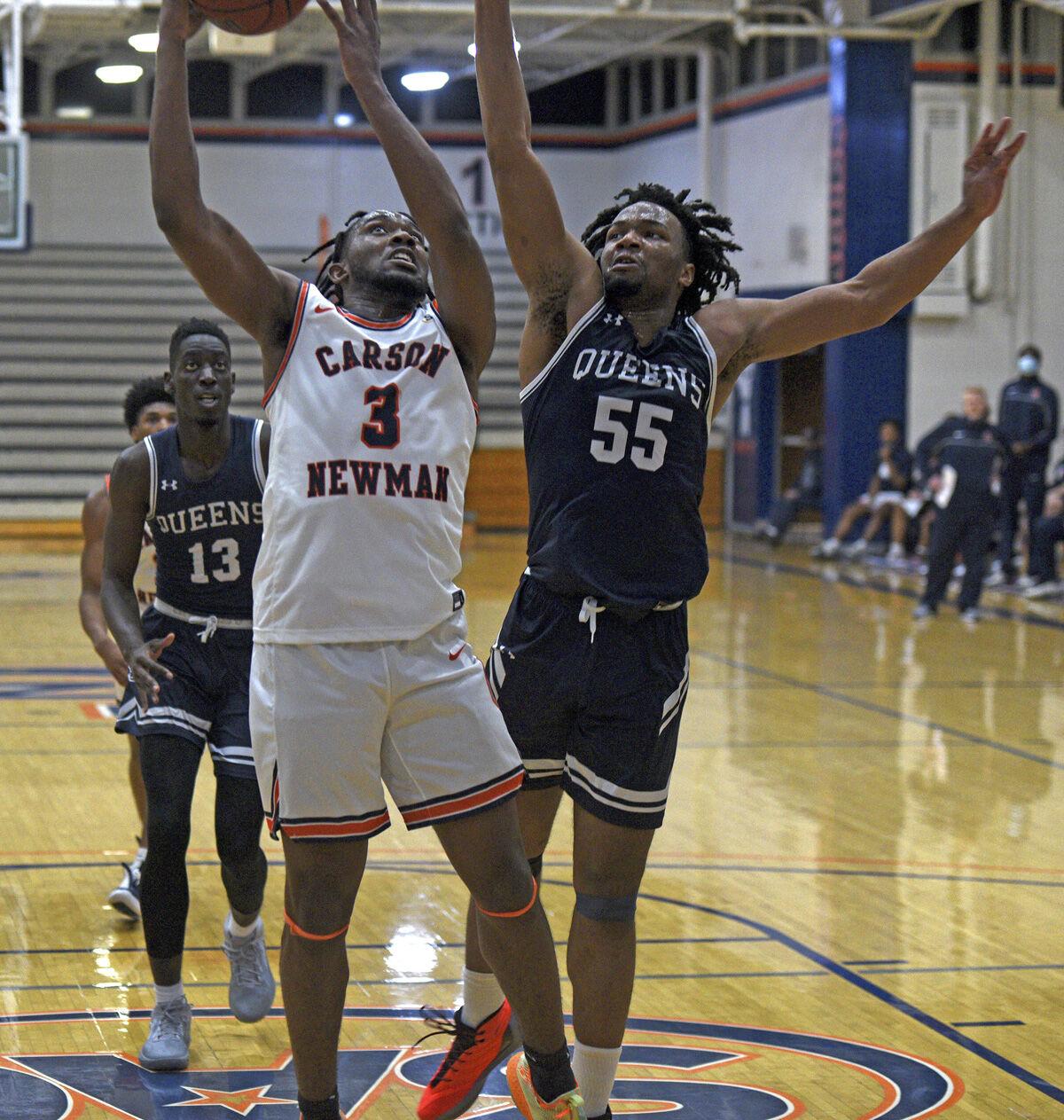 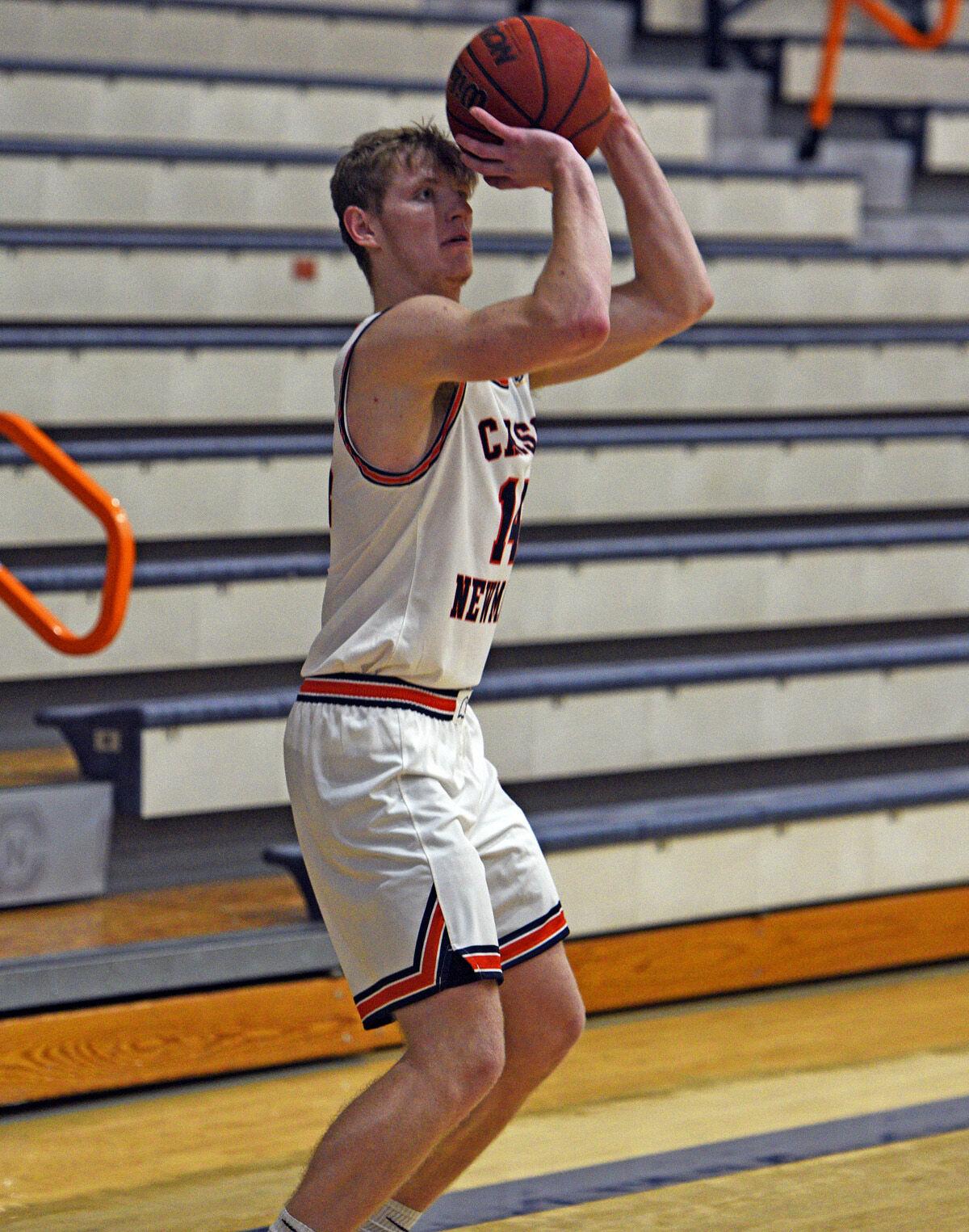 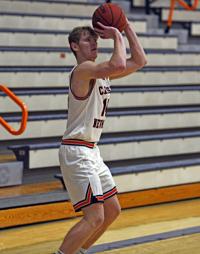 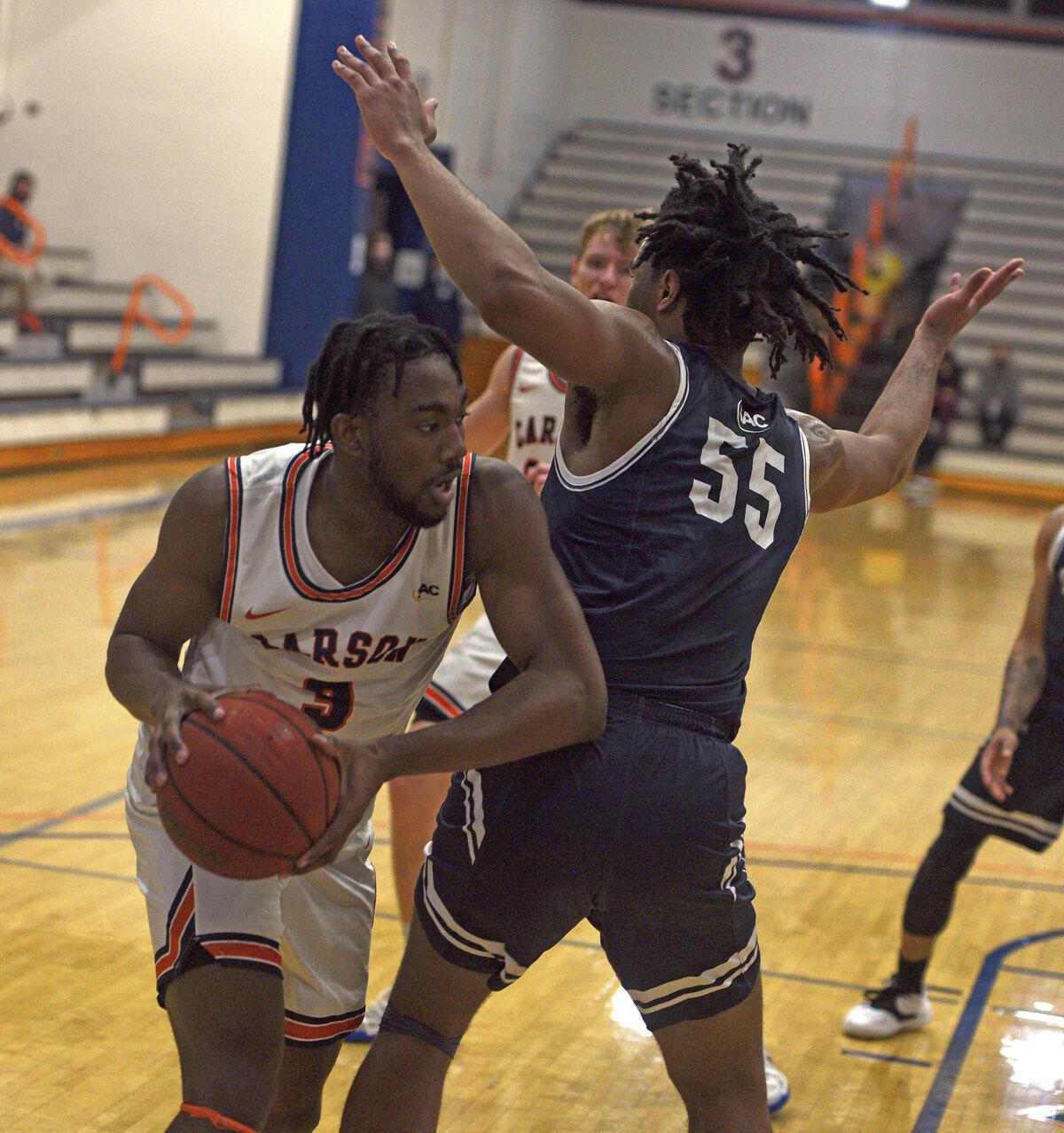 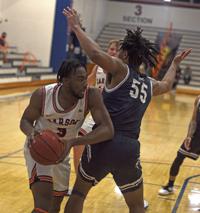 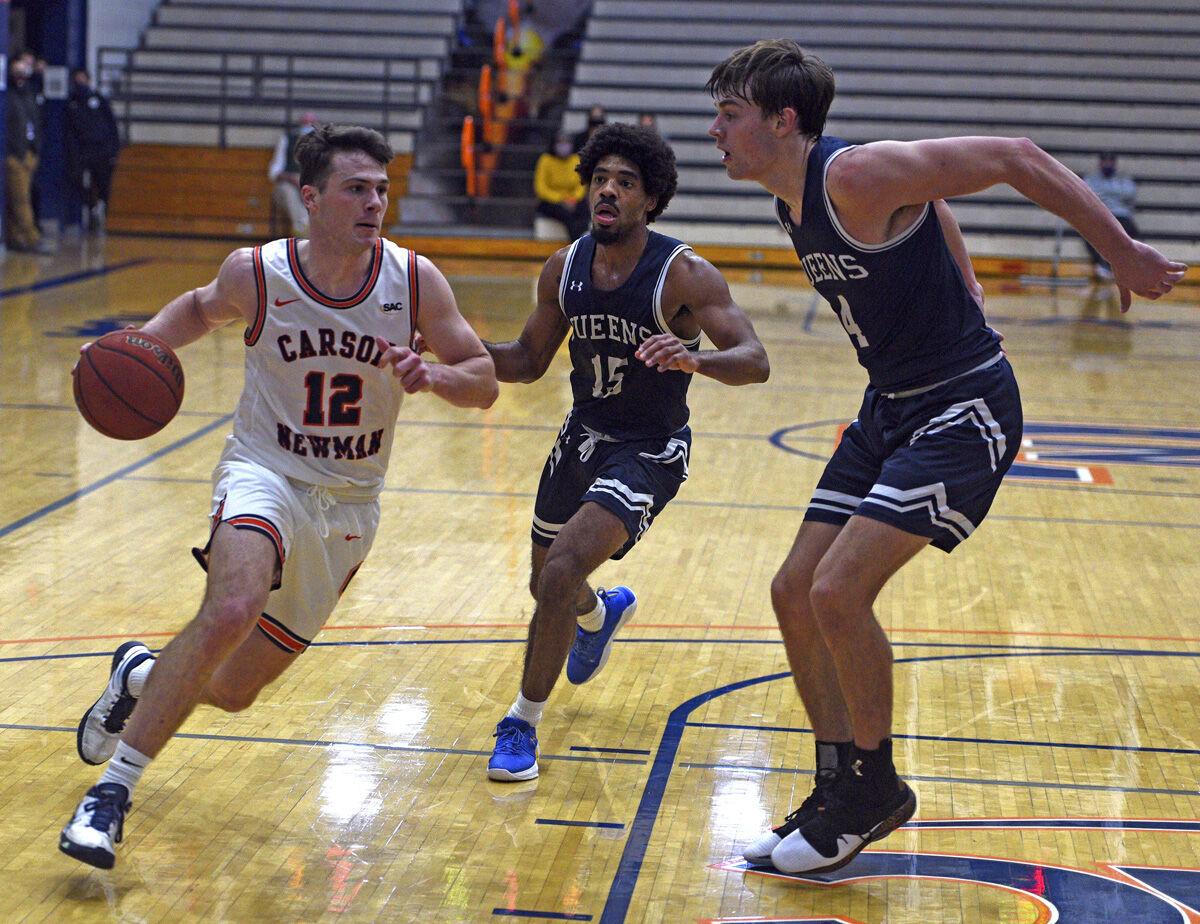 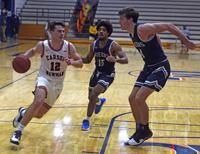 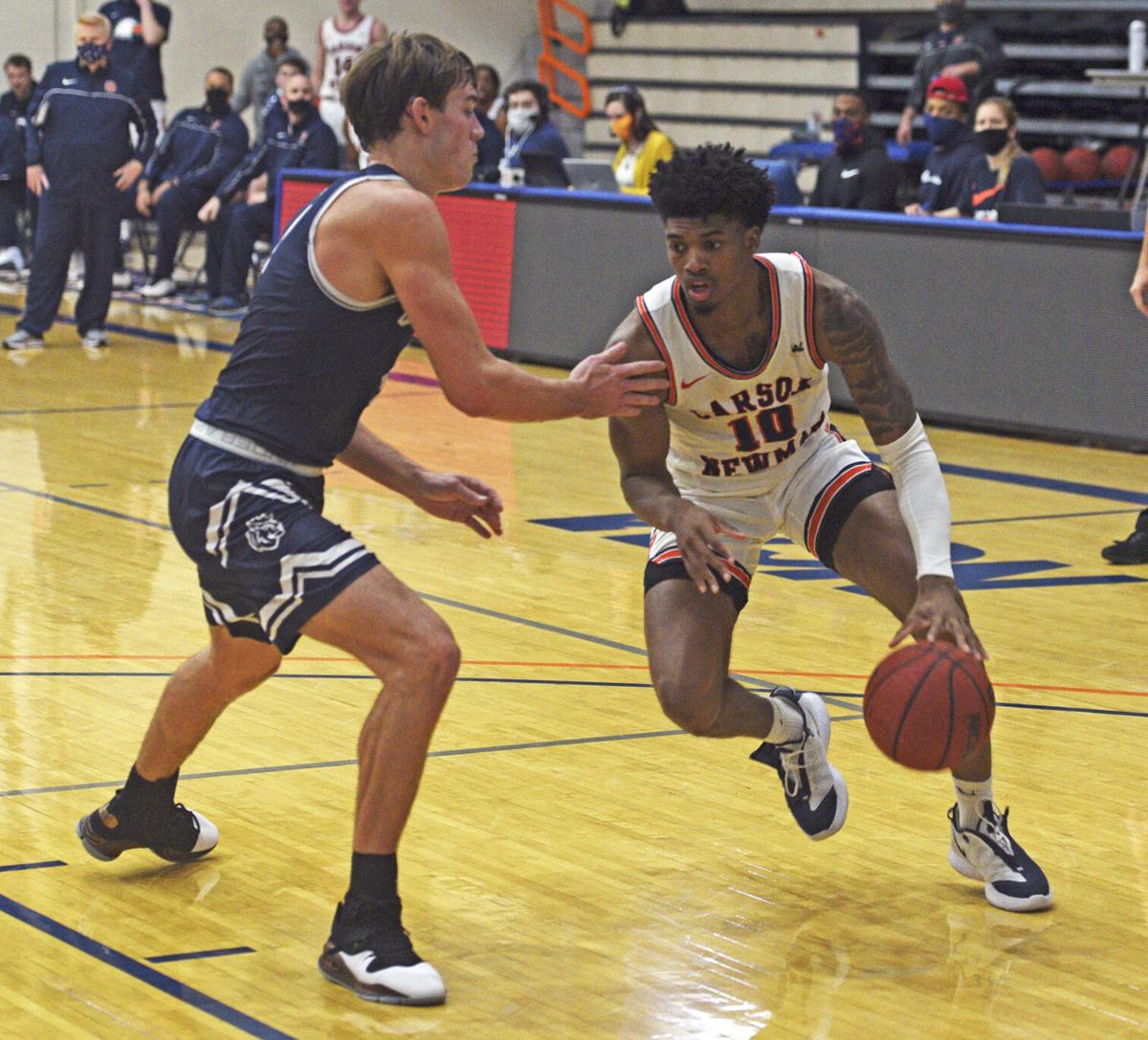 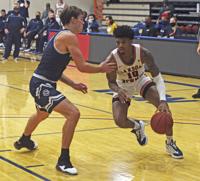 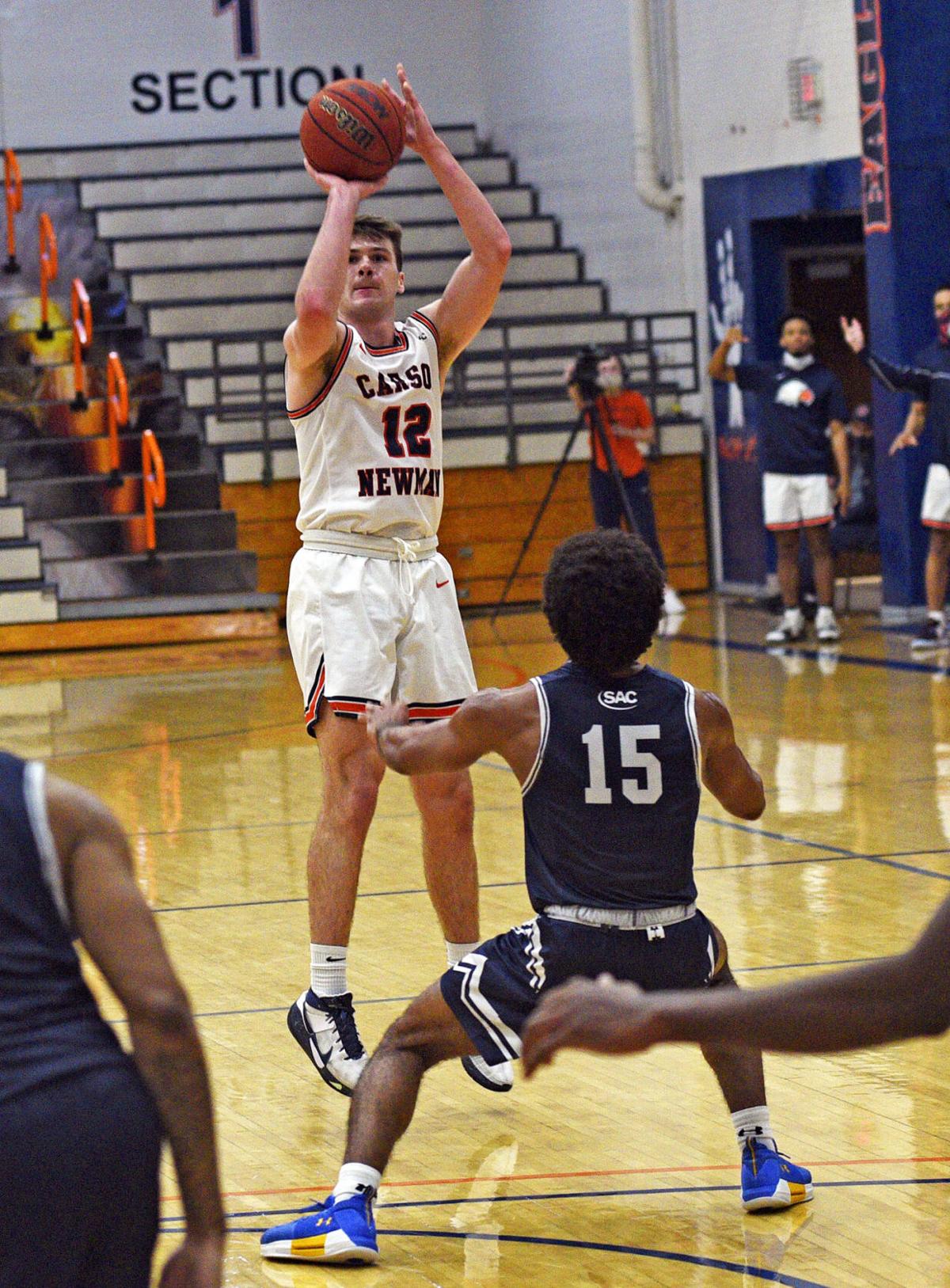 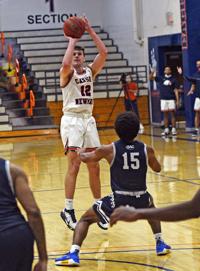 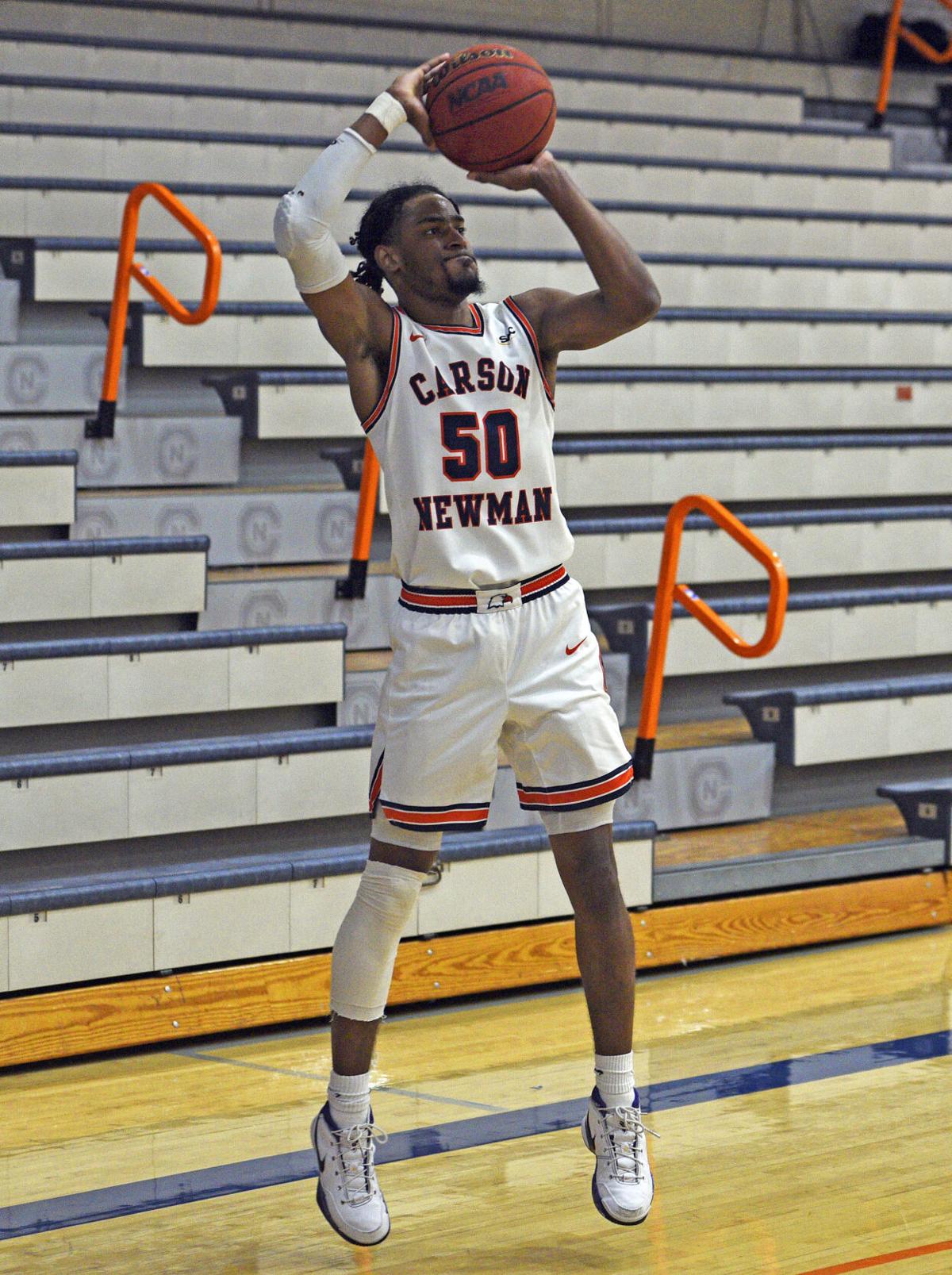 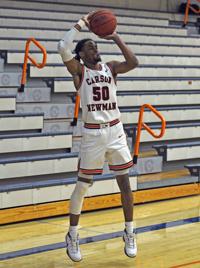 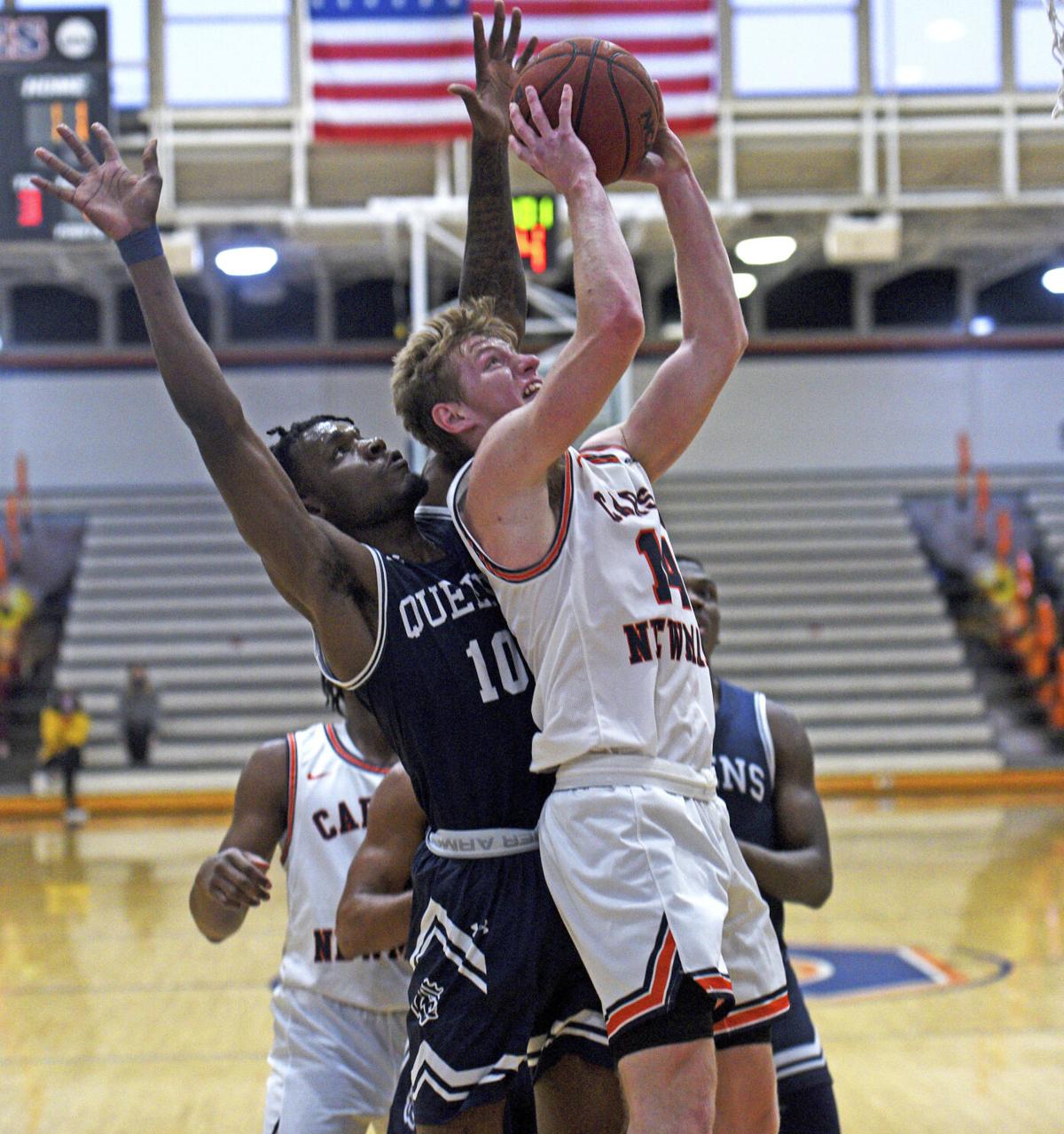 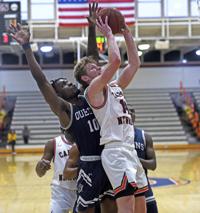 JEFFERSON CITY– Carson-Newman (2-4, 2-4 South Atlantic Conference) held No. 15/12 Queens (7-2, 6-2 SAC) to its lowest scoring output in more than a year but had two chances in the final 10 seconds fall by the wayside in a 63-62 loss to the Royals Wednesday evening in Holt Fieldhouse.

“The very first thing that pops off the page to me was how incredible that game was,” Carson-Newman head men’s basketball coach Chuck Benson said. “That was a really good game and I hope people were able to feel the energy on their TVs at home.

“To tell you that I am incredibly proud of the performance of our team tonight would be an understatement. It’s unfortunate either team had to lose. The overall competitiveness and the physicality and fight, the only thing that would have made me happier would have been a win. I can say plainly that our team is evolving rapidly. That being our sixth game, we are getting better and that is ultimately the name of the game.”

Queens managed to hang on by making just enough free throws down the stretch to hold on. C-N held the Royals without a made field goal over the final 4:09.

Ren Dyer (Weaverville, N.C.) canned a three from the left corner with Jamari Smith draped over him to give C-N a 62-61 lead with 1:16 left.

On the ensuing possession, EJ Bush (Oak Ridge, Tenn.) fouled Quan McCluney in the act of shooting a triple. McCluney nailed the first two of three to give Queens the lead for good.

However, there were opportunities down the stretch for C-N. Joshuwa Butts (Fairburn, Ga.) missed a hook shot on the ensuing possession before Kenny Dye saw a layup glance errantly off the backboard for Queens.

Carson-Newman called timeout with the ball in the front court with seven seconds left. The Eagles drew up a play to get Dyer the ball on a baseline drive. Dyer ended up hammering home an open dunk – however, Luke Brenegan (Greenville, S.C.) stumbled and travelled before releasing the pass for his only turnover of the game.

“Luke Brenegan is a competitor and a fighter,” Benson said. “That one single possession doesn’t define the game. Luke is heartbroken. We’re rallying around him trying to lift him up. That would have potentially been a game decider.”

Even with the misstep, C-N got another crack. Jamari Smith missed two free throws setting up one final chance with under four seconds left.

Nick Brenegan (Greenville, S.C.) drove the length of the floor, but saw his 17-foot runner rattle in and out at the horn, preserving the win for the Royals.

The loss is Carson-Newman’s 13th straight to the Royals and its 16th in-a-row to ranked opposition. Carson-Newman led 36-34 at the halftime break, the second time on the streak that the Eagles have held a halftime lead against Queens.

Dyer paced the way for Carson-Newman. The freshman reset his career highs for point and rebounds with 18 and nine, respectively. He was 7-for-15 from the field and 4-for-10 from beyond the arc.

“Ren Dyer is a winner,” Benson said. “The bigger the competition, the more resilient he becomes. To sit here, it’s an honor to coach a guy who is that much of a warrior based on the example he is showing so early in his career. His effort is contagious. There are other guys trying to meet the standard he is setting.”

Bush added in 14 points and six rebounds while Tyler Bowens (Greenville, S.C.) scored in double-digits for the first time in his career with 12 on 5-for-8 shooting.

Carson-Newman held Queens to its lowest scoring output since a 67-61 loss for the Royals at home to Tusculum on Dec. 21, 2019.

Smith and McCluney paced the Royals with 13 each. Smith was 4-for-11 from the field while McCluney went for quadruple his season average with a 3-of-4 effort from down town.

Kenny Dye added in 12. A game after producing a school-record 16 assists, Dye was limited to one against five turnovers.

“That goes back to preparation,” Benson said. “We’ve got some guys who pay attention to that and trust us as coaches. Our guys have done a really good job of following through. They’re paying attention and taking pride in self-discipline. That will lead to winning.”

Carson-Newman will hopefully return to the floor Saturday against Lenoir-Rhyne. Tipoff is set for 4 p.m. Coverage on the Eagle Sports Network starts 15 minutes prior to gametime with the AEC Countdown to Tipoff on The Mountain 106.3 (WPFT-FM, Sevierville) and online at cneagles.com/live.