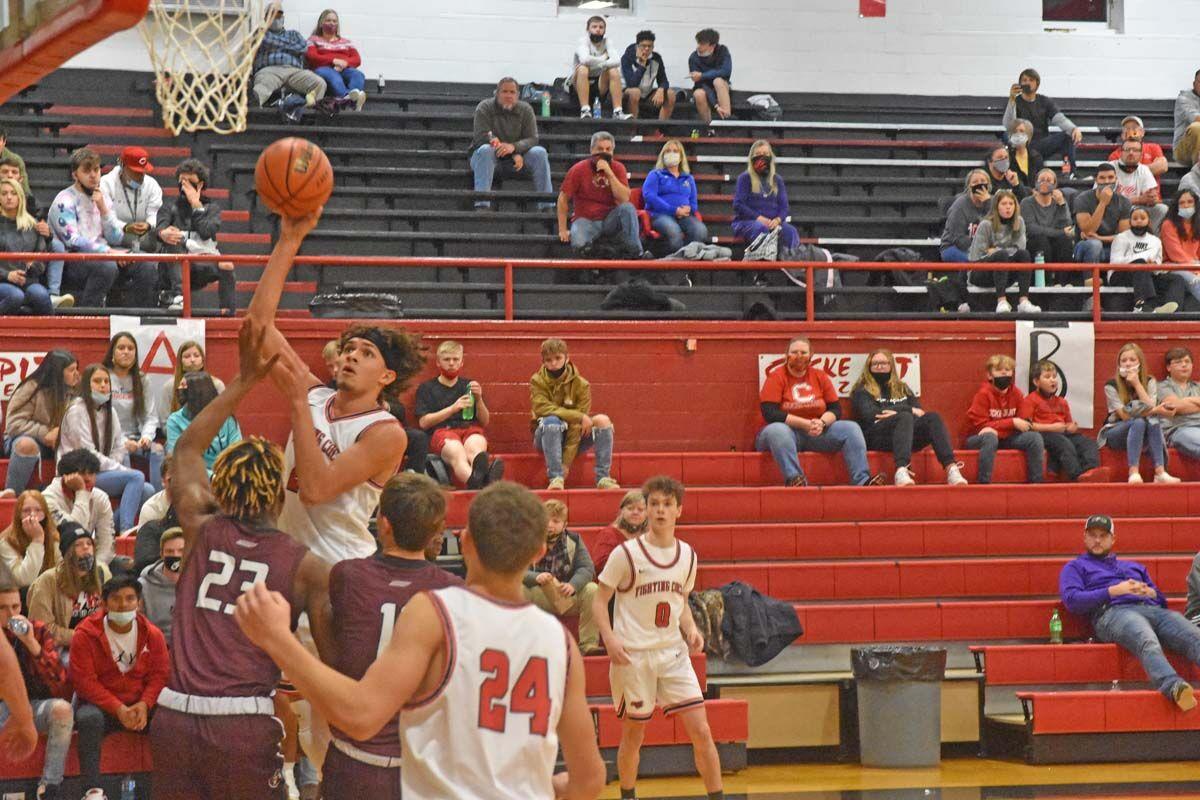 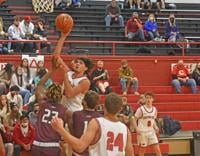 Cocke County’s Keaston Jackson goes up for a hook shot on Tuesday evening against Tennessee High. Jackson led the team with 20 points. 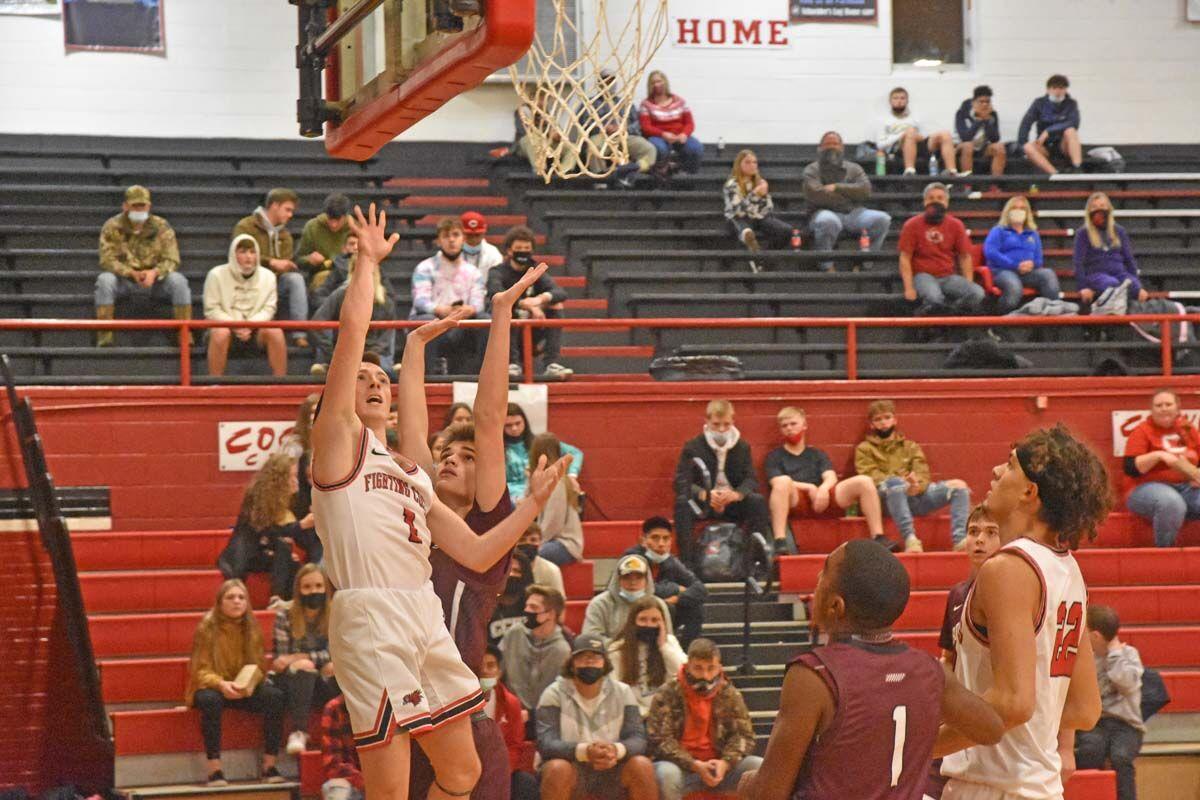 Cocke County’s Keaston Jackson goes up for a hook shot on Tuesday evening against Tennessee High. Jackson led the team with 20 points.

NEWPORT – Major Woods put it on the line for the Cocke County Fighting Cocks to edge out a win against Tennessee High at home Tuesday night.

Woods dropped 18 points in the game but his biggest play of the night was not on the offensive end. The Vikings of Tennessee High drove the ball the full length of the court trailing by one point, got to the rim for the win, but Woods was there to take the charge and save the 65-64 win for the Fighting Cocks.

“I challenged the guys there in the last timeout and said ‘who wants to step up and take the charge to win the game,’” Cocke County’s head coach Casey Ragan said. “Fortunately, Woods was there to take the charge. He did a great job stepping up and taking it, even though he hit the ground pretty hard. I think he’s going to be okay.”

Cocke County (3-2) let a 15-point lead slide in the second half against Tennessee High (0-6) but managed to come out on top thanks to the grit down the stretch of the game.

The Vikings looked as if they were out of the game early after trailing 43-30 at halftime. The Fighting Cocks came out of the gate with energy and hardnose defense.

“I’m so proud of the defense tonight,” Ragan said. “I thought we did a great job on the defensive end all night to win us the game. Especially in the first half.”

Keaston Jackson dropped 15 points in the first half, being a major factor in all of Cocke County’s small runs. Jackson finished with a team-high 20 points. Jody Swann tallied nine points and Josh Ellis scored six in the victory.

The senior, Ellis, thought the energy at the beginning of the game gave the Fighting Cocks the edge to finish strong.

“If we wouldn’t have started off big in the beginning, I don’t know how the game would’ve finished,” Ellis said. “I thought we started with a lot of energy. We got into the second half and lost our big lead. It felt like we lost our best friend right there. I’m glad we found a way to win.”

Cocke County built a double-digit lead in the second quarter and kept adding on to it, leading 36-22 with less than two minutes to go in the first half.

“The first half we played this game was so important,” Ragan said. “I thought we had a great practice leading up to this game. It translated well tonight in the first half. We came out and played fast but was under control the whole time. I wanted them to be aggressive and to get after people.”

The Fighting Cocks managed to stay ahead until the Wade Witcher of Tennessee High notched the score up at 60-60 after knocking down two free throws.

“I saw our energy level drop a little bit in the second half,” Ragan said. “I give credit to Tennessee High. They came out and made some shots. That’s where we have to get better. We have to play through it and have to play at our pace.”

Witcher netted a game-high 22 points after going six-of-six from the stripe in the fourth quarter.

Woods hit a 3-pointer to give Cocke County a 63-60 advantage after Witcher’s free shots but the Vikings didn’t go away.

The impressive free-throw shooting continued for Tennessee High in the final minute as they sank four-of-six shots from the stripe to make it a one-point game.

Fortunately, a comeback for the Vikings was not in store at Cocke County.

“So far this team has bought into whatever I have asked them to do,” Ragan said. “I think we have been playing really well. I tell them if we are really good at the little things, we give ourselves a chance every night. We have to come prepared for our next game as we take on one of the best teams in the district.”

The Fighting Cocks return to action on Friday looking for a fourth win as they battle Morristown East at home at 7:30 p.m. on Friday.