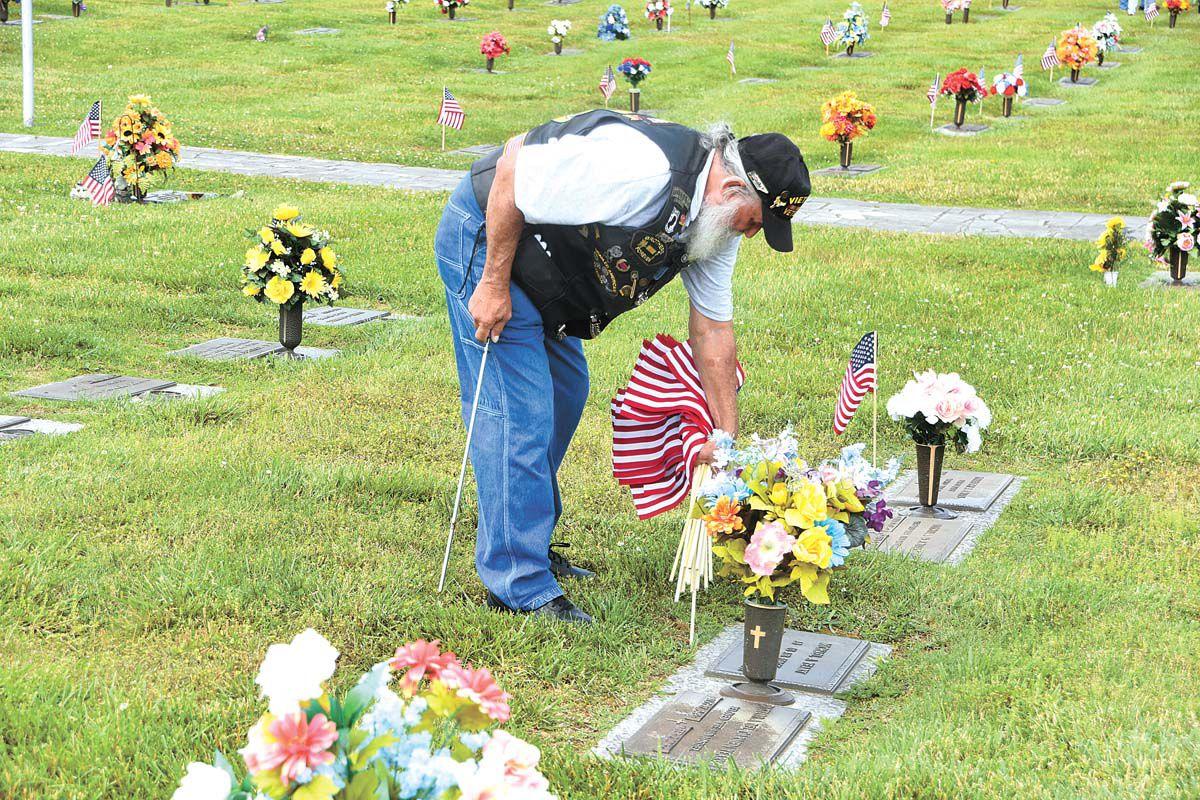 Members of the Vietnam Veterans of America Chapter 1073 of Morristown, put fresh American flags on graves of veterans at Hamblen Memory Gardens Saturday. For more pictures and video, see citizentribune.com. 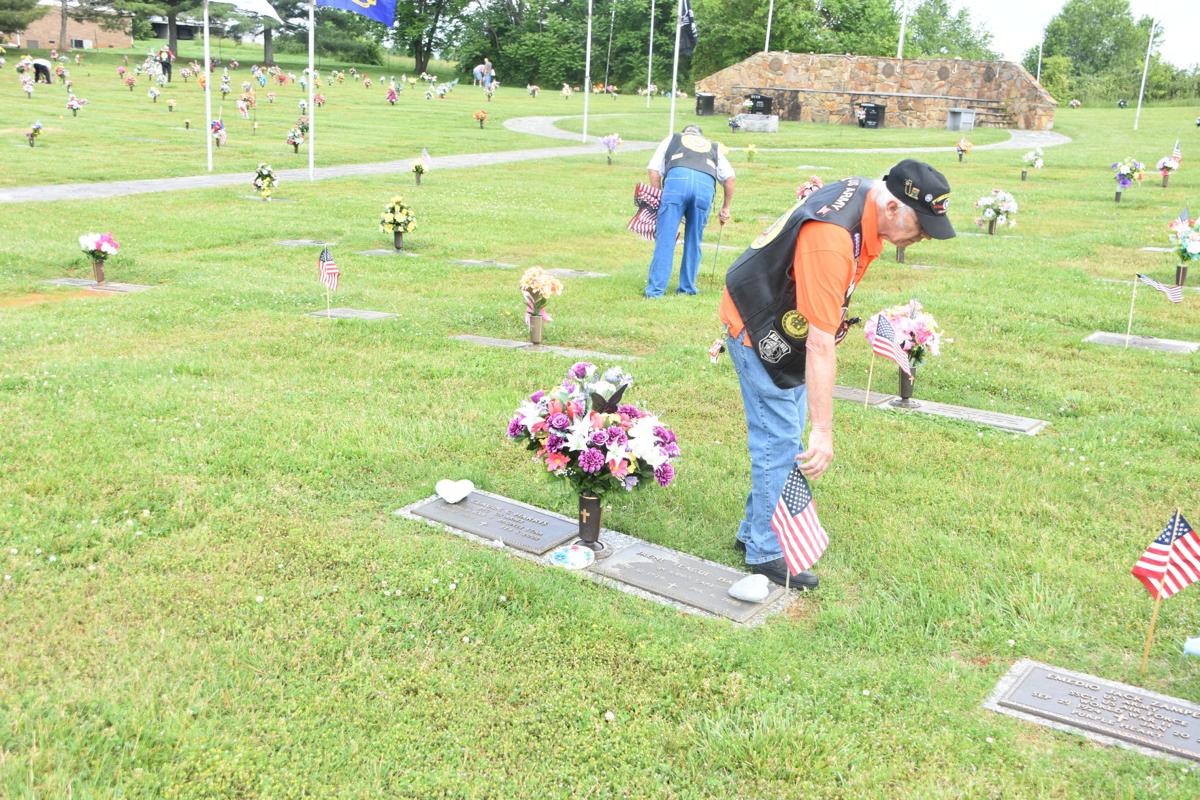 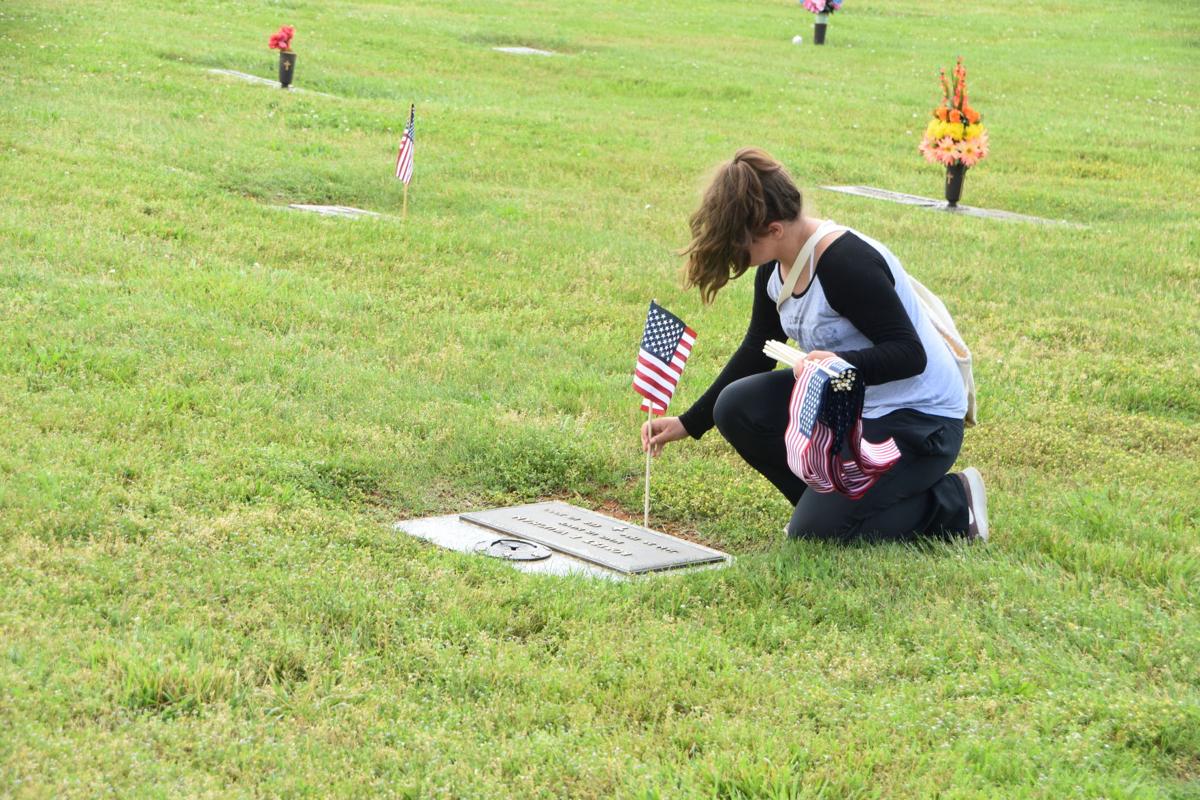 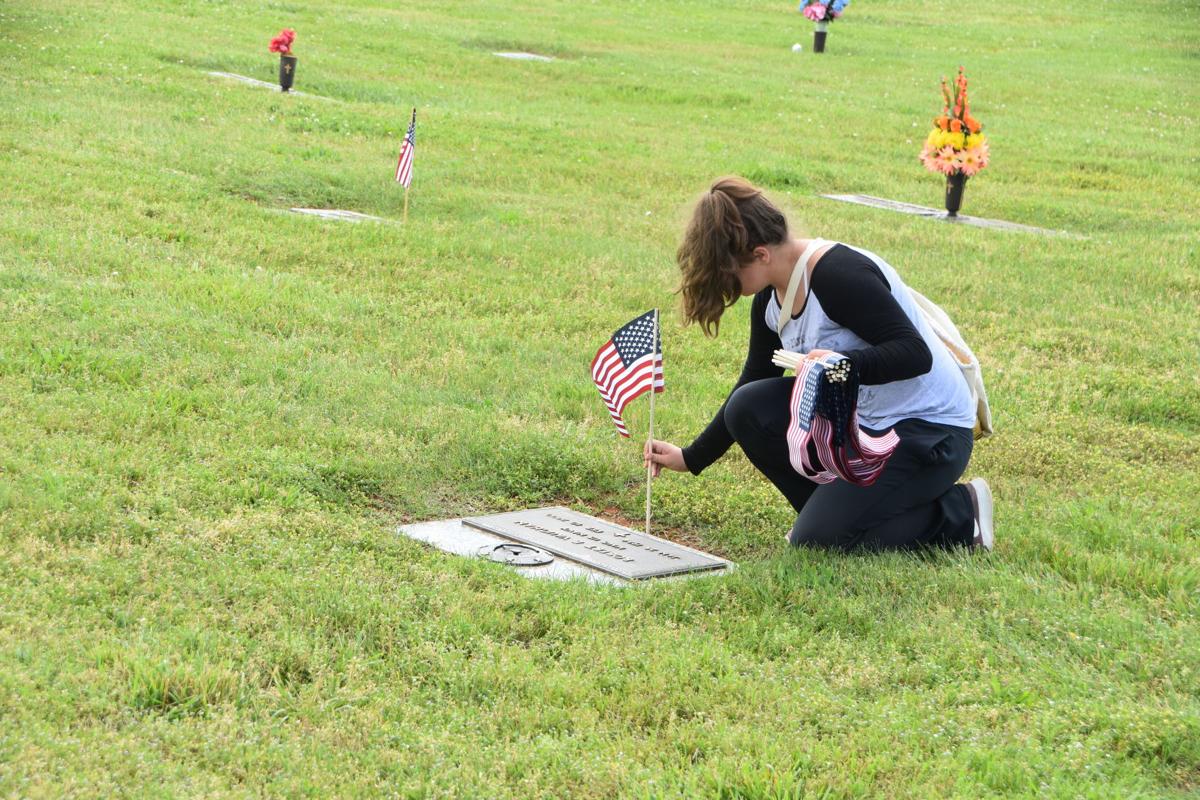 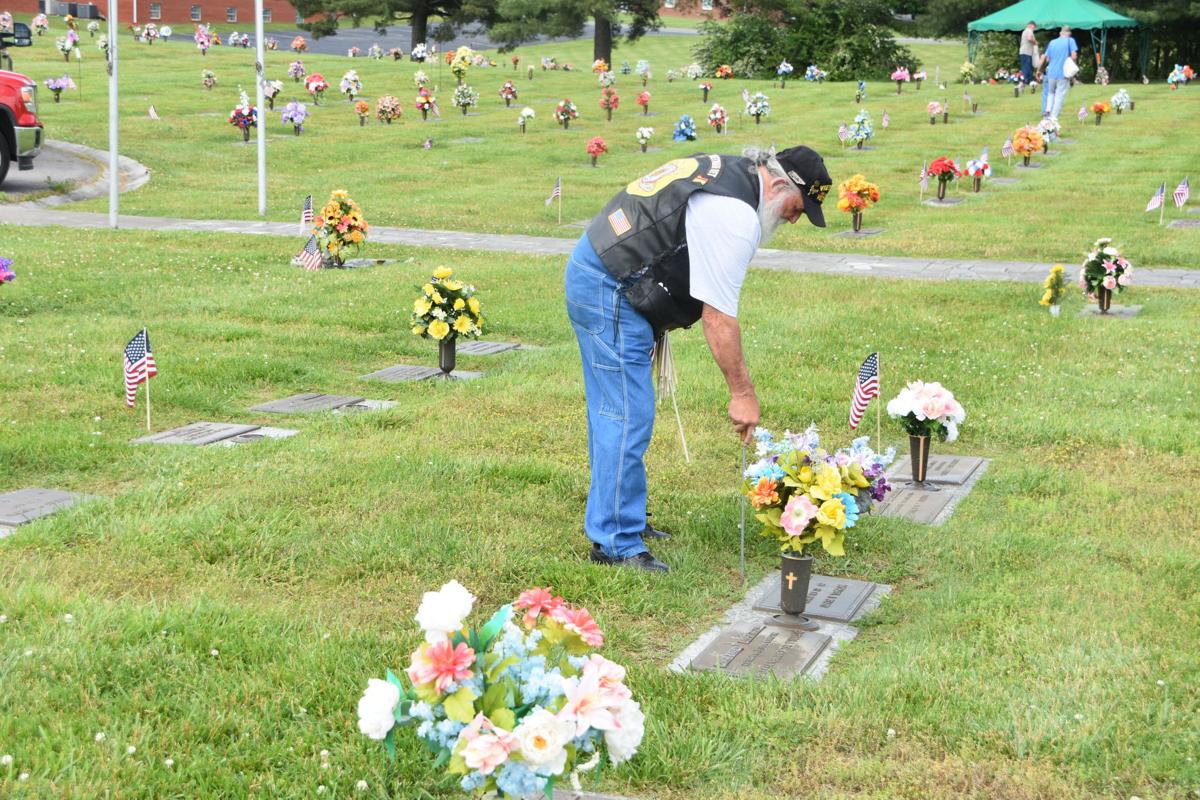 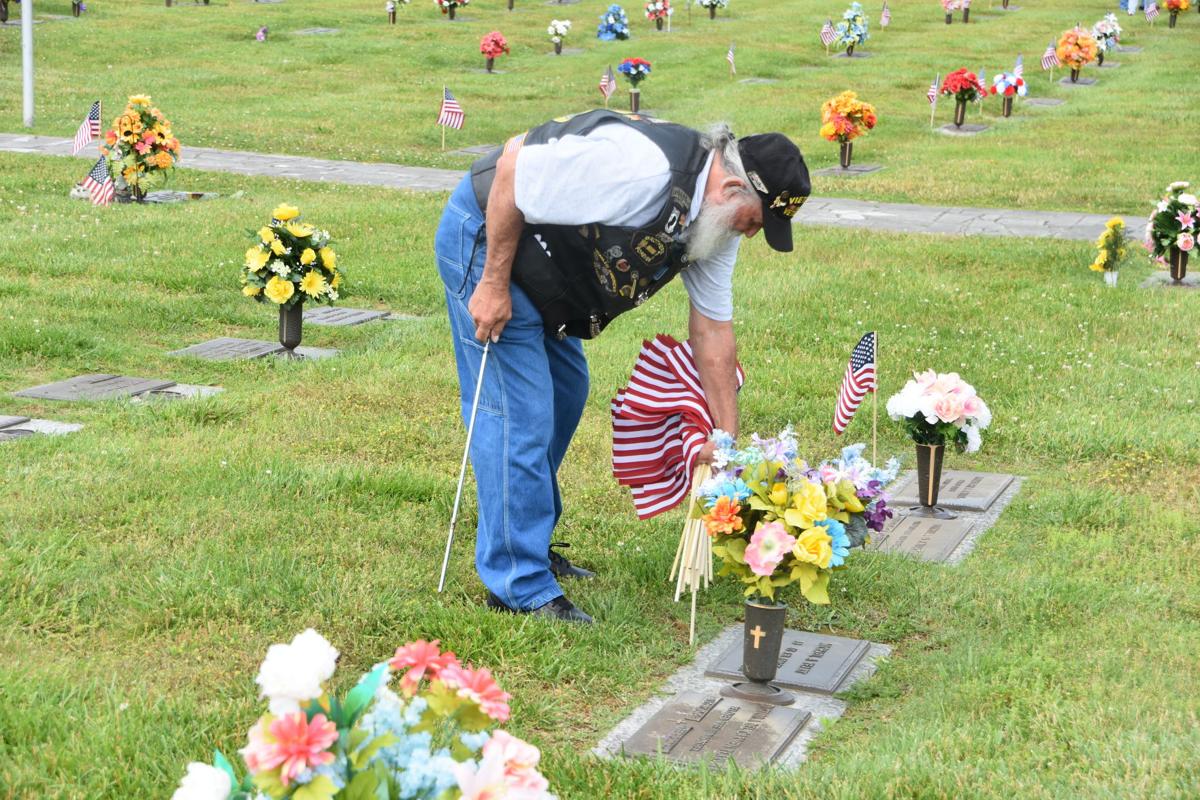 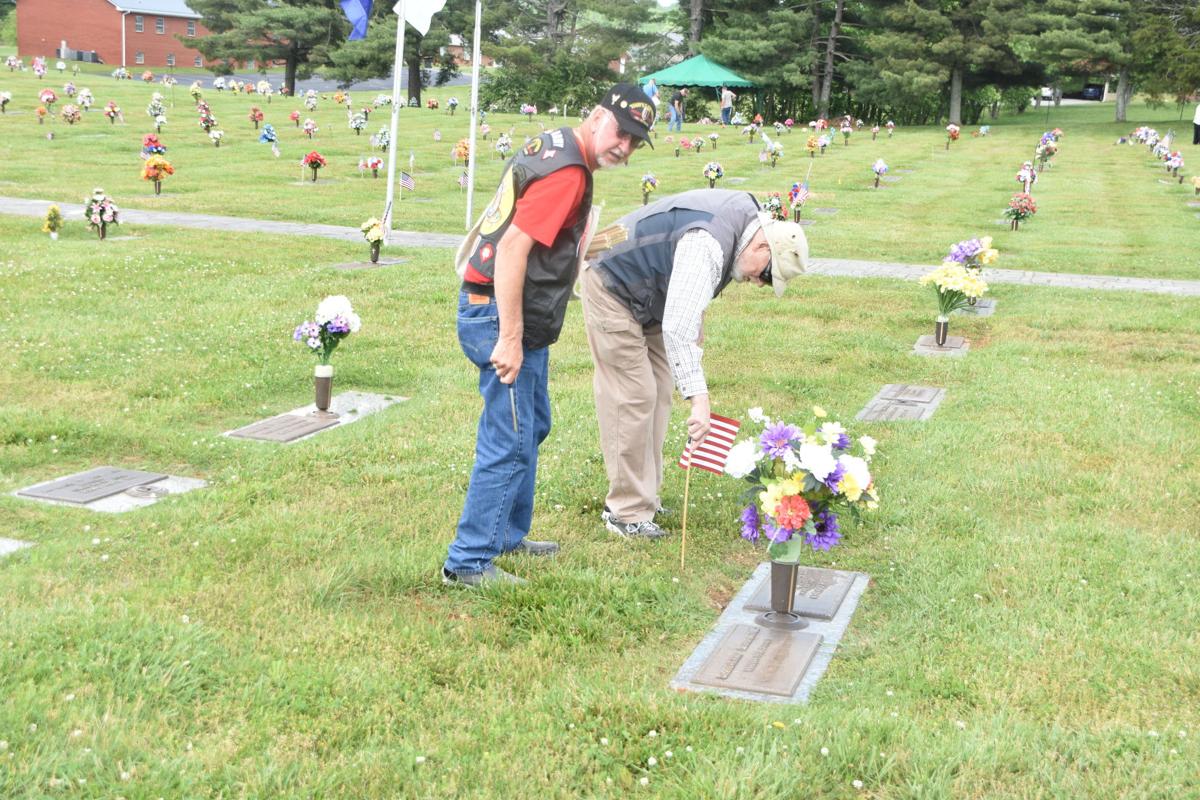 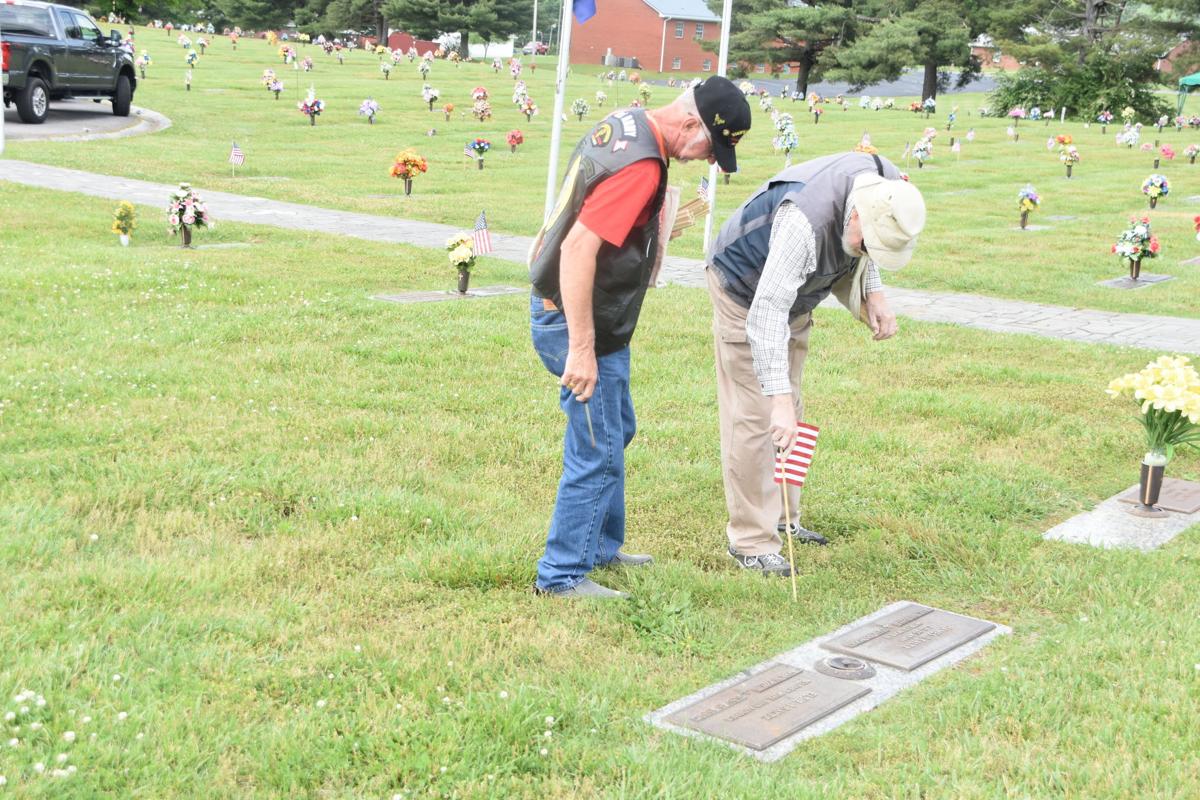 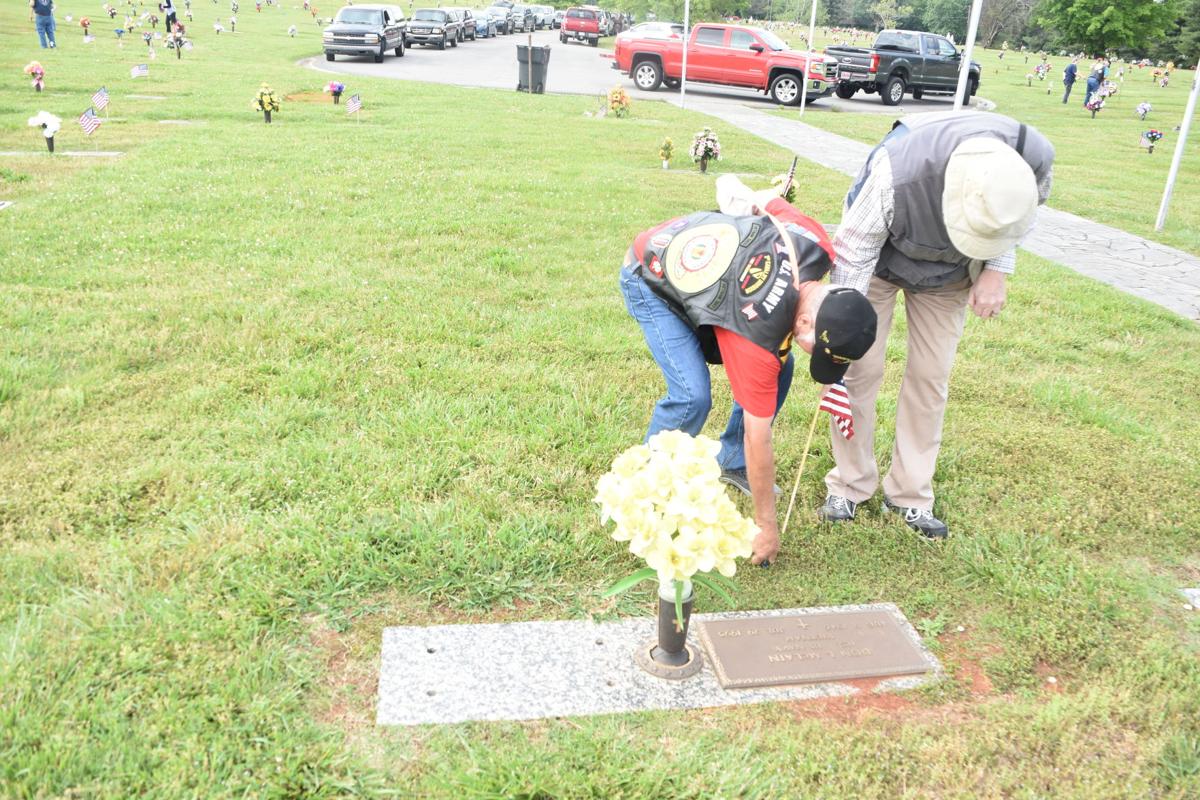 Members of the Vietnam Veterans of America Chapter 1073 of Morristown, put fresh American flags on graves of veterans at Hamblen Memory Gardens Saturday. For more pictures and video, see citizentribune.com.

All gave some. Some gave all.

The graves of those who served America in its armed forces were decorated Saturday afternoon at Hamblen Memory Gardens by Vietnam Veterans of America Chapter 1073 members and volunteers.

Robert Russell, of VVA Chapter 1073, said that the chapter has been putting the flags on the graves for at least 10 years.

“It’s been several years that we’ve been doing this,” Russell said. “This is one of our projects. We’re trying to maintain the social distancing and do our thing. Out here in the open, we’re reasonably safe.”

Volunteers went from grave to grave to put flags on those that needed them. The old flags were gathered up for disposal.

“This is an honor to decorate the graves,” Russell said.

Russell said that the VVA has an active chapter in the Lakeway Area.

Russell said the chapter went back through the schools and replaced 100 flags in classrooms that didn’t have flags or where flags were tattered.

Paul Chapman, sales manager of Hamblen Memory Gardens, is appreciative of the VVA’s efforts each year.

“I have been here eight years and the group has done it before that,” Chapman said. “It’s always such an honor to be part of this. The cemetery looks wonderful.”

The VVA began in the dedicated part at the back of the cemetery where most of the veterans are interred, but veterans are buried all over the property.

“These guys are usually pretty good that when they are finished here, they will go to other parts of the cemetery when they have flags left. If they see a veteran’s marker in another part of the cemetery, they will place a flag there,” Chapman said. “The Veterans of Foreign Wars honor guard is also good to come out to some of our graveside services. We’re honored to always work with them and they always do a great job. “

Most years, area Boy Scout chapters would help place flags, but that didn’t happen due to the COVID-19 situation this year.

“COVID-19 has changed a lot on how we do things,” Chapman said. “I’ll be glad when we can get back to whatever the ‘new normal’ is going to be.”

According to Chapman, the cemetery also hosts the “Wreaths Across America” event for veterans’ graves during the Christmas season.

“When they come out with all of those wreaths, they are all live,” he said. “At the end of November, the wreaths brighten this part of the cemetery up. They are good to come back and get those, too.

Flags that are taken up are disposed of and are burned by Lakeway Area Boy Scout Troops.

“If they’re in bad shape, we properly dispose of them,” Russell said. “We work with the VFW on this. They have a drive-in drop box in a covered area for flag disposal. There is also a flag disposal box at the intersection of Jackson and First North Street at the Hamblen County Courthouse. Most fire departments will also accept flags for disposal.”

Russell said that he has also been contacted by the new Lakeway Christian Academy about classroom flags for the new campus to open this fall.