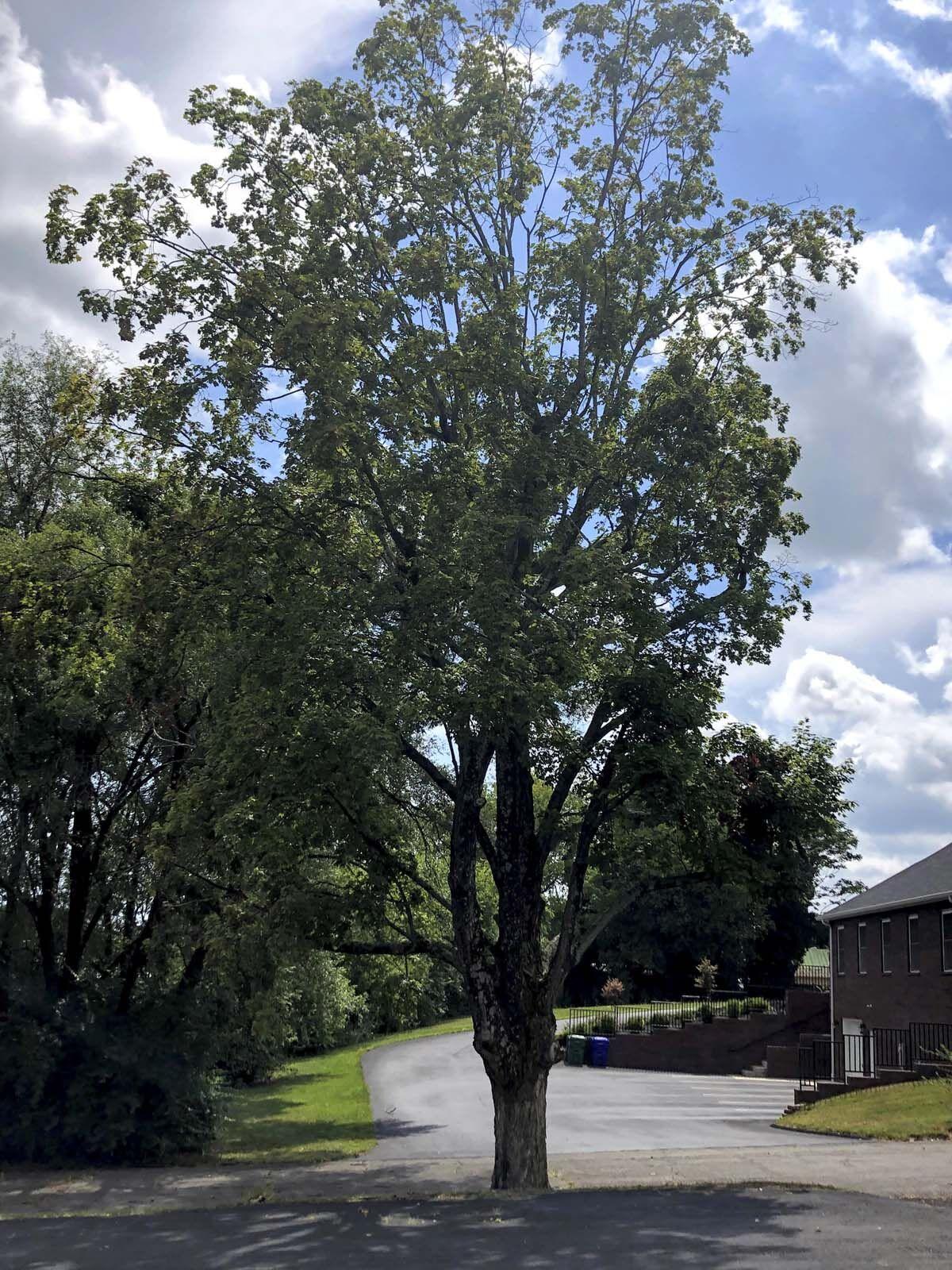 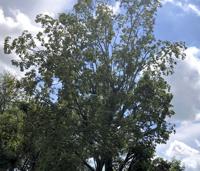 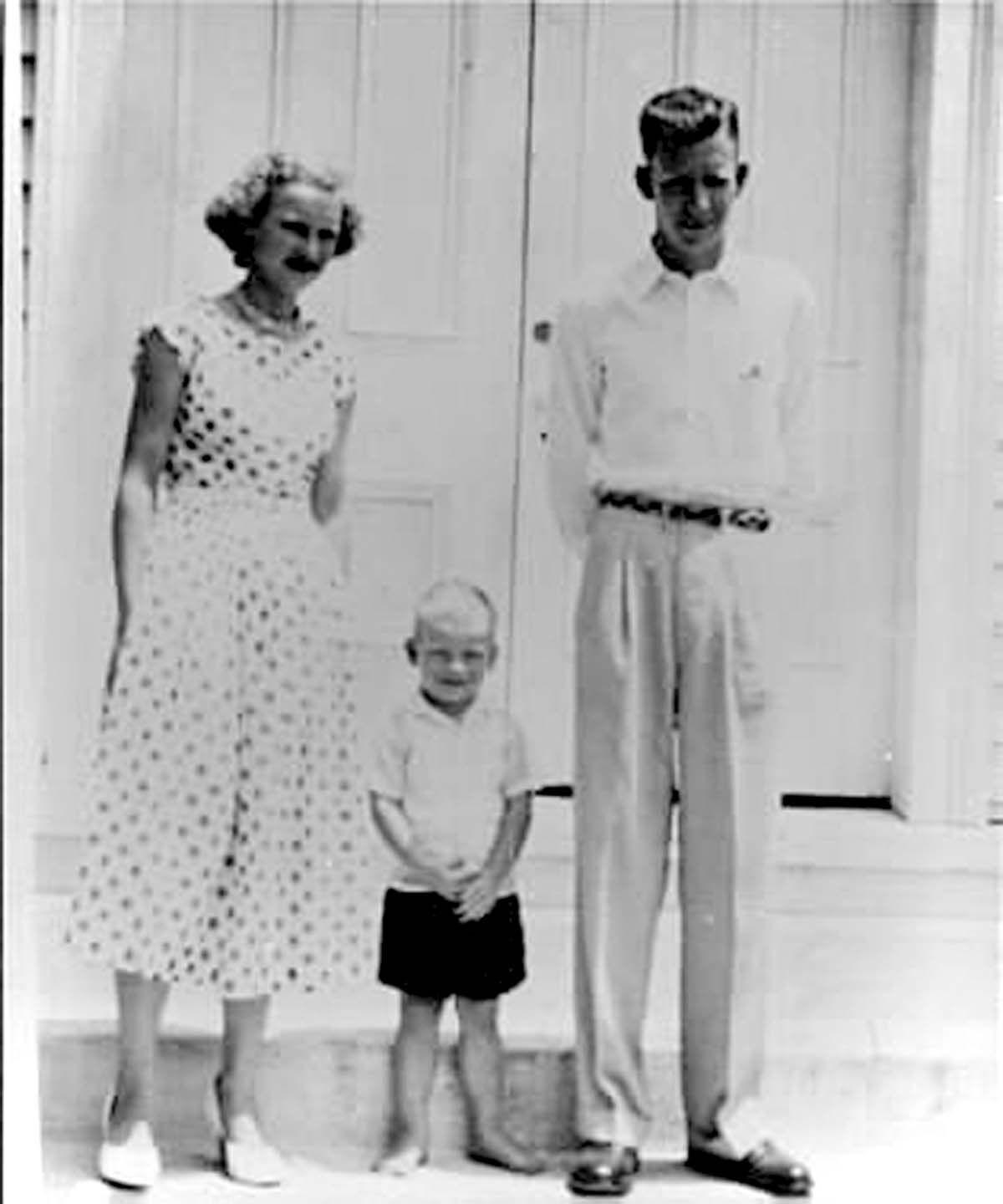 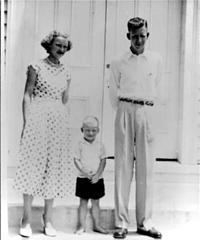 A red maple at the alleyway of Dice and Main streets is just a tree to most people.

To the Bunch family, however, that tree exemplifies the message in I Corinthians 13:8: “Love never fails.”

According to Cynthia Stinnett, granddaughter of Rev. Hubert and Betty Harbin Bunch, the love story started in the 1940s.

As a teenager, Hubert walked across town to see his girlfriend, Betty Harbin, daughter of Jim and Helen Harbin. Hubert was the son of Thomas and Maude Bunch.

The Bunch family lived in the area of the old fairgrounds near the intersection of East Andrew Johnson Highway and Haun Drive, near the Sky City shopping center, where Big Lots and Ingle’s are now located.

Hubert would walk to what was known as Rhea Town near the intersection of West Morris Boulevard and Sulphur Springs Road to take Betty on a date.

“They would usually walk to downtown and either watch a movie at the old Princess Theater or just people watch,” Stinnett said.

At the conclusion of their date, Hubert would walk Betty home before returning to his house. Just before making it back to Betty’s house, they would stop to kiss good night at the red maple tree that is standing today in the alleyway of Dice Street and Main Street.

After the lovebirds were married on July 18, 1949, the Bunch’s enjoyed a long and happy marriage of 63 years.

Betty was a homemaker and worked at JC Penney when it was located in Morristown Plaza Shopping Center, as well as the old Robertson-Turner Drug Store.

The tree could have been cut down for a dining room table. However, the Bunch family thought better of it. Instead, the tree was nominated by the family as the first “Tree of Distinction” for Morristown. Members of the Morristown Tree Board agreed.

“There were limbs that needed to be pruned, after pruning, these were taken to a sawmill to be made into heirlooms for descendants,” Stinnett said.

Stinnett worked with City of Morristown Horticulturist Mike Cupp to get the trimmed limbs.

“We met at the City of Morristown storage lot. The City was very gracious to allow us to have the clippings,” Stinnett said.

The tree is a reminder of the legacy Hubert and Betty left for their family. A legacy that can be summed up in one word - Love.

“They had the type of love that multiplied,” Cynthia said. “There was always plenty to go around. It endured the test of time. They firmly believed in loving the Lord with all your heart and loving your neighbor as yourself. This tree is a reminder of the love and devotion between two teenagers that spanned a lifetime because they knew and believed First Corinthians 13:8 that ‘Love Never Fails.’”

From world wars, seasons and changes in lives, it’s been more than 70 years since two teenagers shared a ‘good night’ kiss was shared between Hubert and Betty. Although the world has changed around this tree, the message of the tree remains the same: “Love one another,” -John 13:34.

“When my grandparents kissed underneath it in the 1940s, the tree was pretty big then,” Stinnett said.

At Rev. Bunch’s first pastorate at Robertson Creek Baptist, the women of the church took up a collection for an eight-place china setting. Stinnett still has the set today.

The “Kissing Tree” story was almost never told. After Rev. Hubert’s passing, his son Mike, who passed in 2019, drove Betty around to some of the churches her husband had pastored.

“Then one day, she told Mike to ‘drive me by the kissing tree,’”Stinnett said. “I’m a better person for having known Hubert and Betty Bunch.”