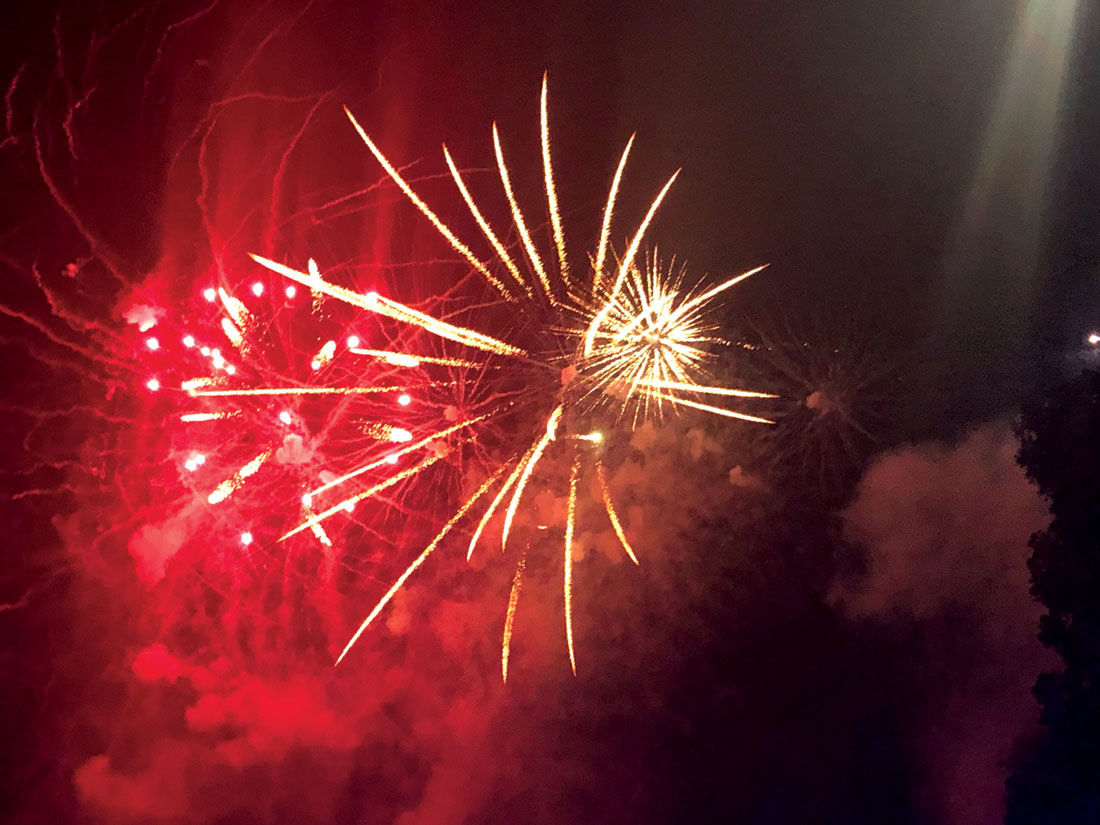 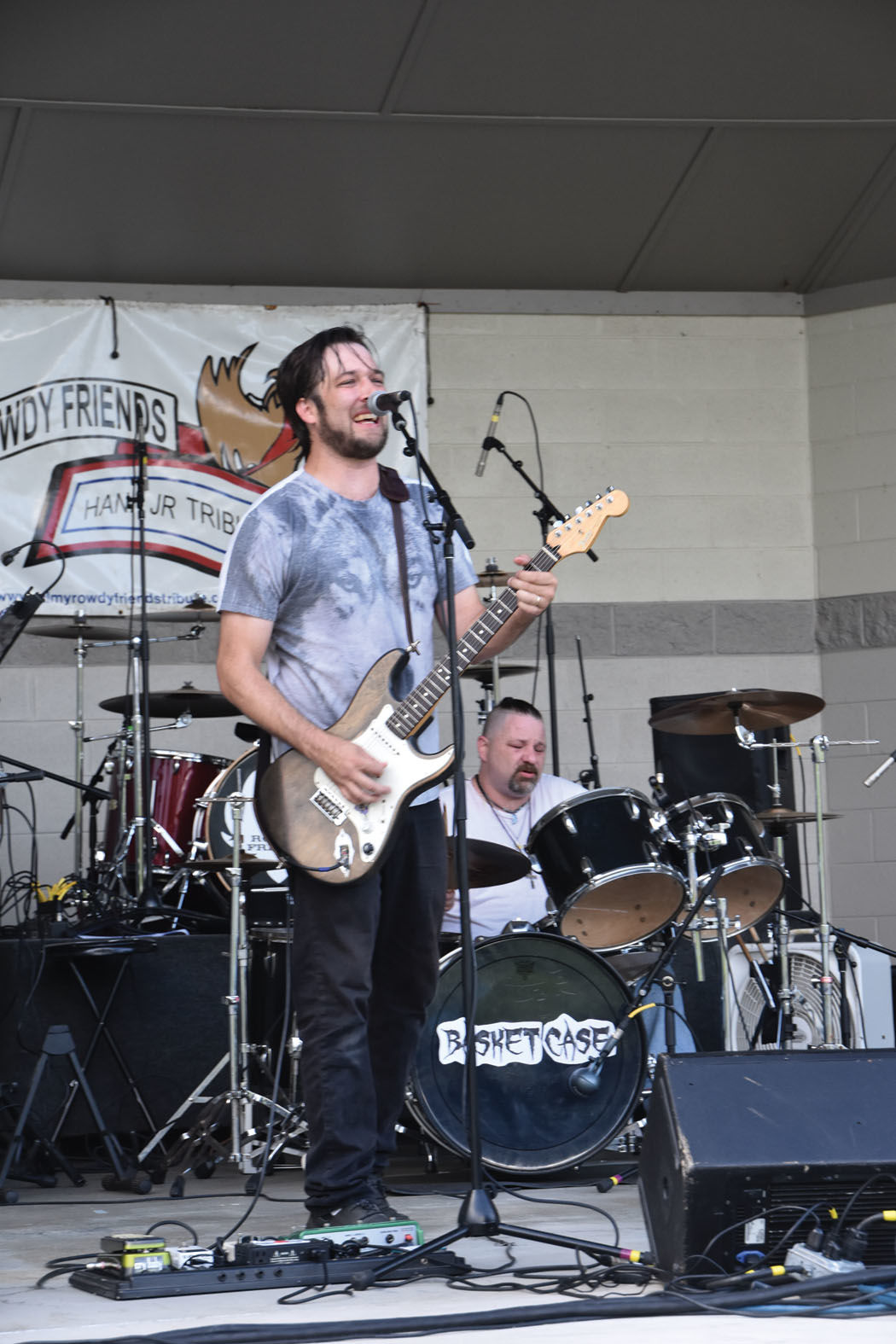 Members of the band BasketCase perform at the July Fourth Celebration at Cherokee Park. 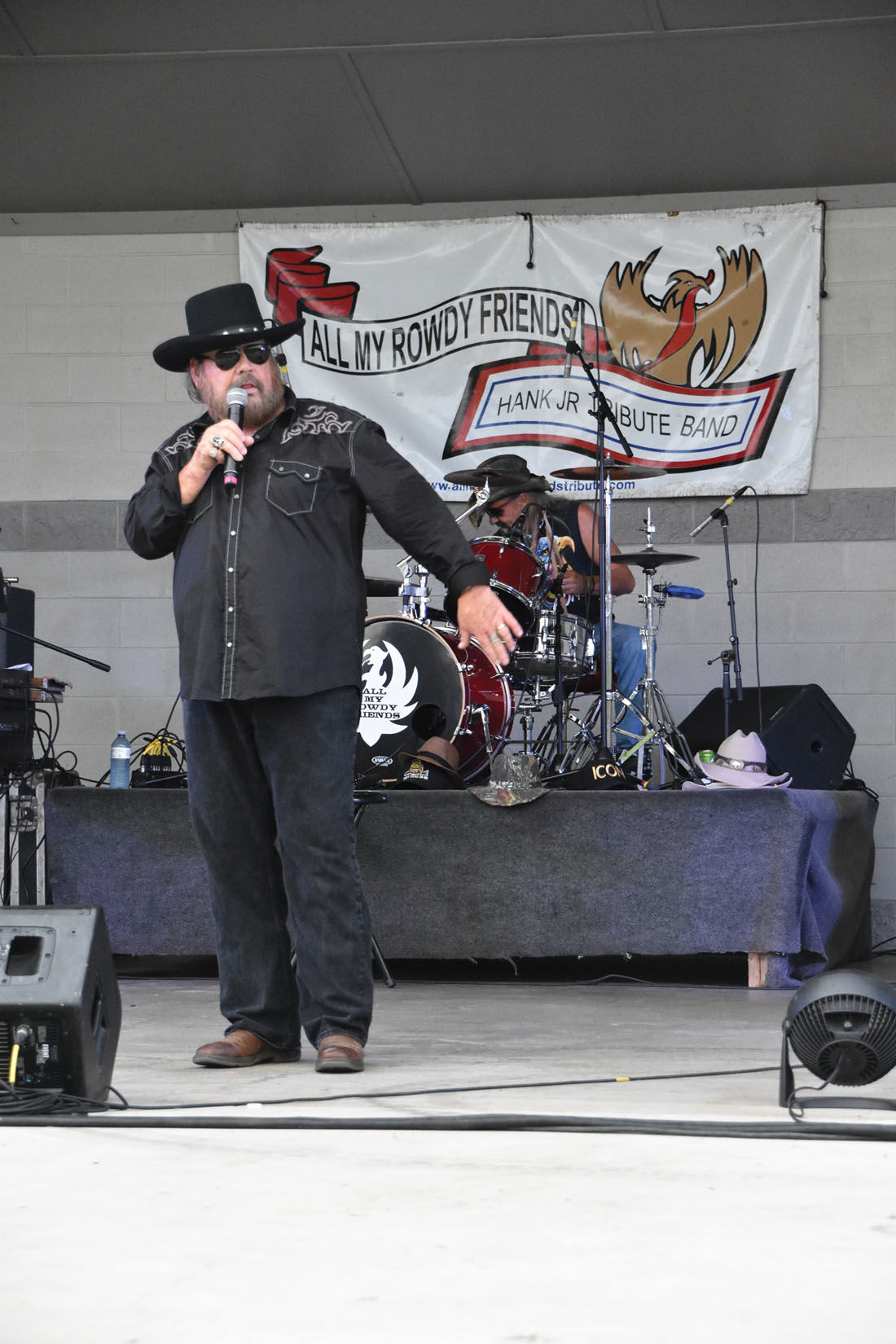 All My Rowdy Friends, a Hank Williams Jr. tribute band, headlined the event with Frank Morrow performing as Bocephus. The music was sponsored by Food City.

Members of the band BasketCase perform at the July Fourth Celebration at Cherokee Park.

All My Rowdy Friends, a Hank Williams Jr. tribute band, headlined the event with Frank Morrow performing as Bocephus. The music was sponsored by Food City.

The fireworks exploded over Cherokee Lake Thursday night into reds, yellows, blues and purples as the Lakeway Area celebrated the Fourth of July at Cherokee Park.

The annual Fourth of July Celebration saw hundreds of people gather at the Citizen Tribune Jefferson Federal Amphitheatre with two bands performing, along with the highlight of the night, the fireworks show, presented by Terry Law Firm.

All My Rowdy Friends, a Hank Williams Jr. tribute band, headlined the event with Frank Morrow growling out Hank Jr. songs. The band, based in eastern North Carolina, performed Hank Jr.’s hits, along with even bringing in some songs that Hank didn’t sing or write.

Morrow, sporting a beard and cowboy hat, played the part of Hank Jr., urging the crowd to join in on the songs and sing-a-long.

The band played hits such as, of course, “All My Rowdy Friends,” “Whiskey Bent and Hellbound,” “Country Boy Can Survive” and “Family Tradition.” Morrow and the band also ventured into Hank Sr. territory, performing some of Hank Jr.’s earlier songs that emulated his father such as “Hey, Good Looking” and “Honky Tonkin’.”

The band even ventured out of the Williams’ catalogue and, at one point, played David Allan Coe’s “The Ride,” a haunting song about the ghost of Hank Williams Sr. offering advice to a stranger about trying to establish a music career in Nashville.

As he ripped into song, the crowd began singing along and dancing.

BasketCase, a local alternative band, opened the night, kicking off with a slew of original songs and classic rock favorites.

Lead singer and guitarist Ryan Roberts sang intensely with emotion, and song after song ripped through leads on his Fender Stratocaster, while bassist Mike Hawk and drummer Derek Mullins provided solid support in the rhythm.

The night’s music was sponsored by Food City.

A few times over the course of the evening showers came pouring down, soaking the area.

But, as 9:45 p.m. came around, the rain had stopped and the fireworks began as music played over Cherokee Park and the explosions rang out over Cherokee Lake.

For almost 15 minutes, the crowd was entertained with the fireworks display as “God Bless America,” Tchaikovsky’s “1812 Overture” and a stirring rendition of “Amazing Grace” on Scottish bagpipes played over the speakers, which was coordinated by WCRK.

The fireworks display concluded with a bang, as at the end dozens upon dozens of fireworks were shot into the July night above Hamblen County.