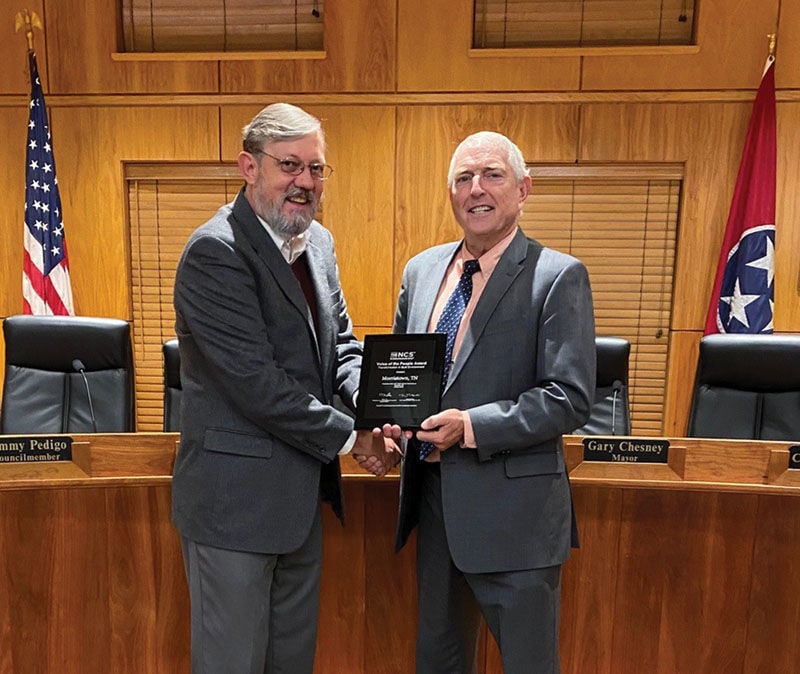 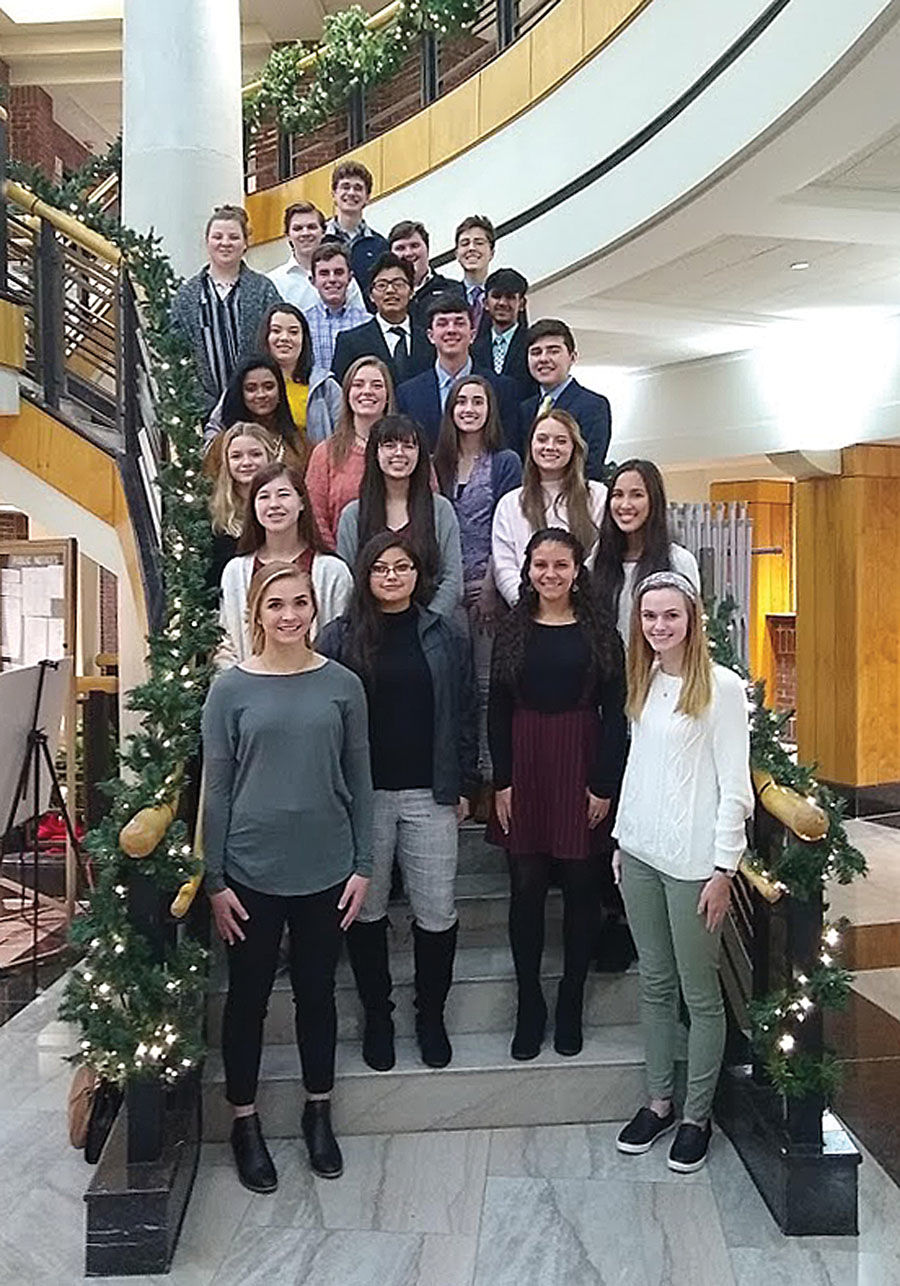 For the third time in eight years, Morristown city government has received the Voice of the People Award related to its implementation of policy goals identified in the annual National Citizens Survey, city officials announced Tuesday afternoon.

More than 600 municipalities participate in the survey. Only 20 cities receive awards, according to the National Research Council.

“People may talk about us beating our own drum, but this is a big deal,” Morristown Mayor Gary Chesney said this morning. “I think under Tony Cox’s leadership, Morristown has really benefitted.

Cox accepted the award recently at the International City Manager’s Association Conference in Nashville. Morristown received the award for its “transformation in built environment,” upgrades to buildings and facilities. Cox places a heavy emphasis on the survey during his annual budget presentation to Morristown City Council members.

The results in last year’s survey showed residents saw improvement in our community, particularly in the area of built environment. Morristown has improved in its design, construction and management of the human-made spaces in which people live, work and play.

“With the city’s emphasis on community appearance and the removal of dilapidated buildings, residents are able to clearly and quickly see major improvements in appearance,” Cox added. “Areas that at one time were an eyesore are now cleared, usable properties.”

Morristown’s planning department recently created a “shepherding” program to guide and direct development projects from start to finish. This program has made new development and construction projects an easier process for citizens, creating well-planned and executed developments across town.

City government has undertaken several development projects in recent years to improve the quality of life. Some of these projects include expanding the disc golf course at Frank Lorino Park, adding a bike pump track, and expanding the greenway system. Heritage Park, Morristown’s newest public space, was recently opened to the public.

A new firehouse was dedicated last year and construction is currently underway on a new public works facility.

“All of these improvements, seen by our Morristown residents, are what helped Morristown to receive this award,” Cox said.

To continue the improvement, the city has implemented a curb-maintenance program and will begin sidewalk upgrades to enhance the appearance of the main thoroughfares through town. Repairs are being made to the City Center building entrance and construction will soon begin on a new community center.

“The City of Morristown will continue to utilize survey data from the National Citizens Survey to pinpoint which areas are of concern to our citizens,” Cox said.

The city recently mailed out this year’s National Citizens Surveys. Two thousand four hundred households were randomly selected to participate in the survey. City officials encourage survey recipients to complete the survey and return it by the end of the month. The responses will be used to help city government set priorities.

The results of last year’s survey can be viewed at http://www.mymorristown.com/residents/national_citizens_survey/index.php