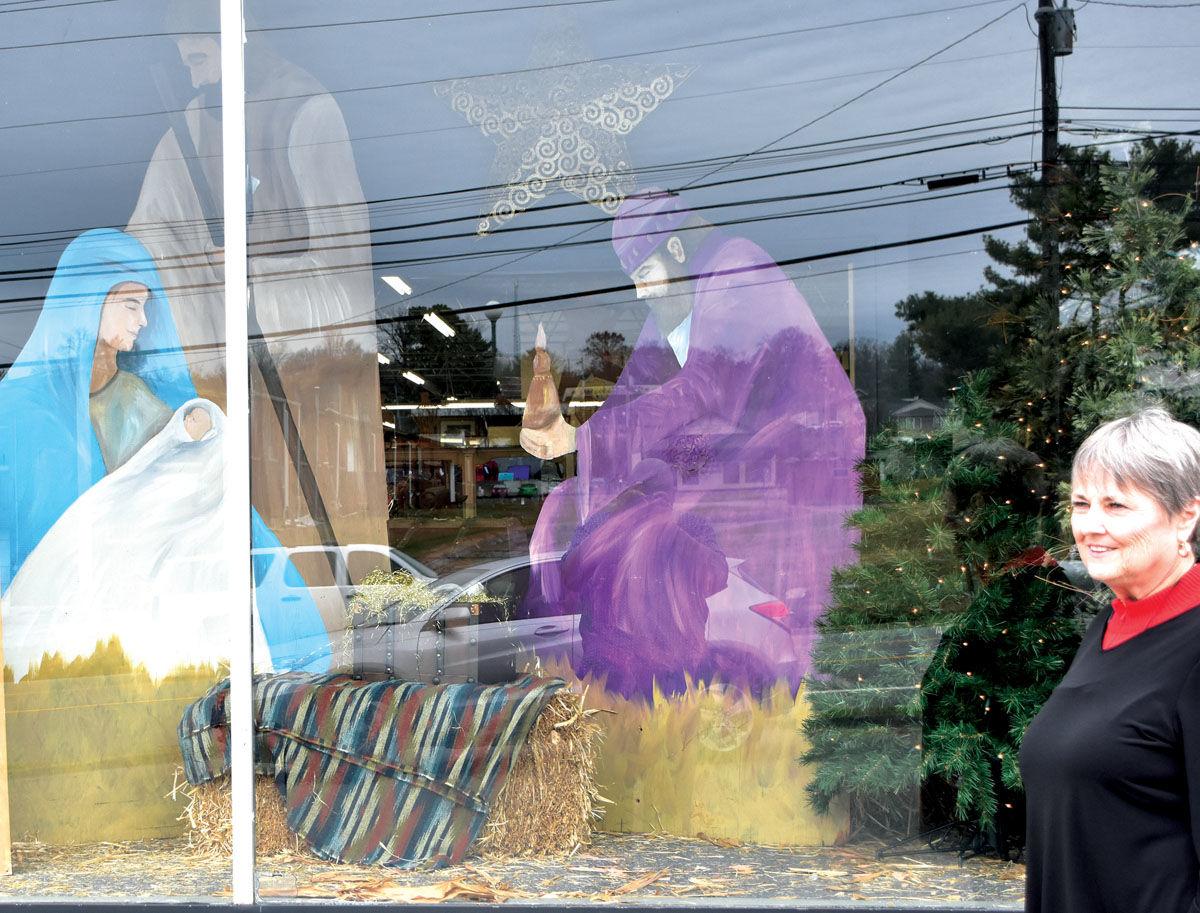 Delores Shelton, owner of THE BEGIN AGAIN SHOPPE in Morristown, with the consignment store’s front window, decorated with a vintage Nativity scene. 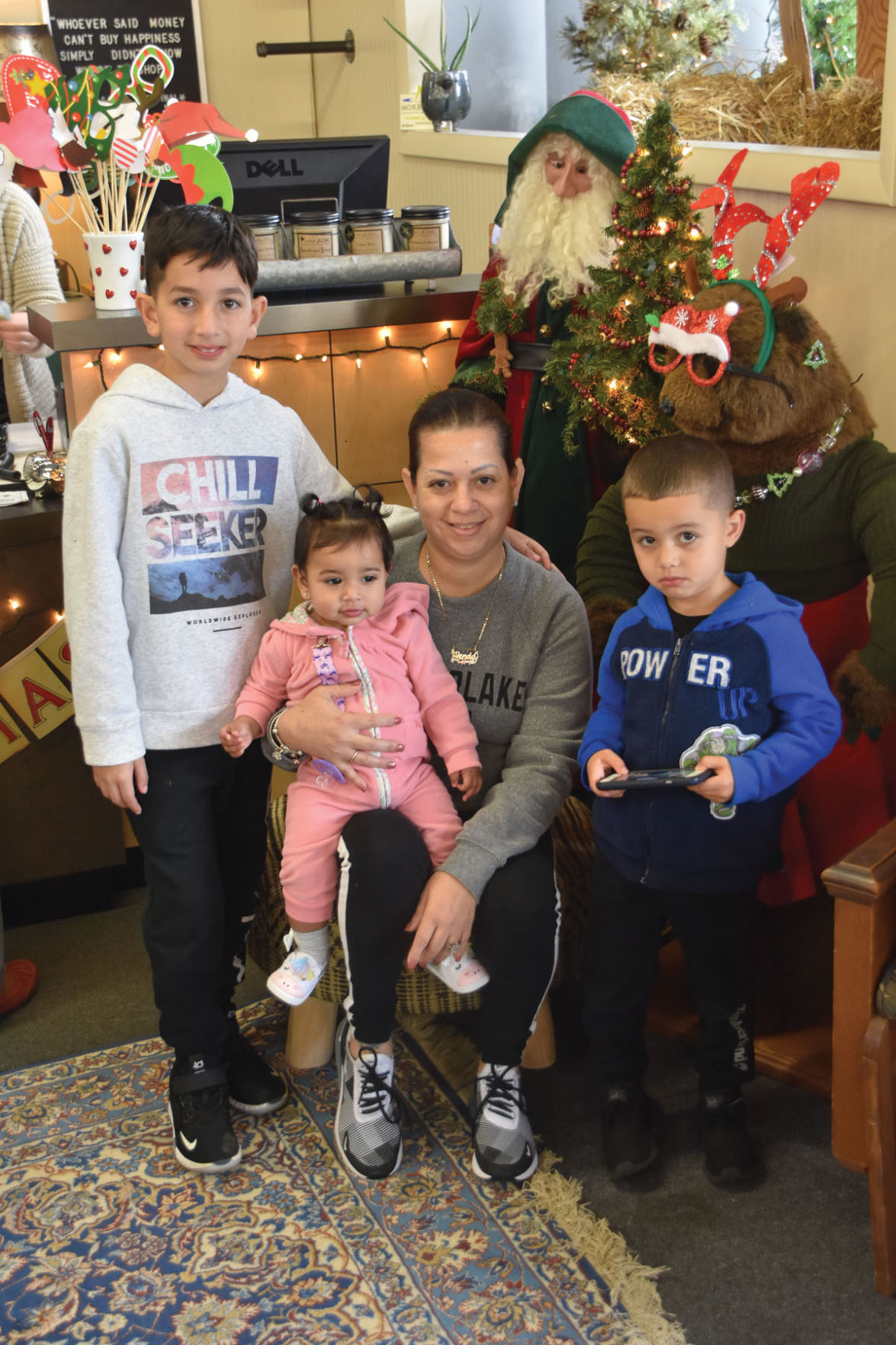 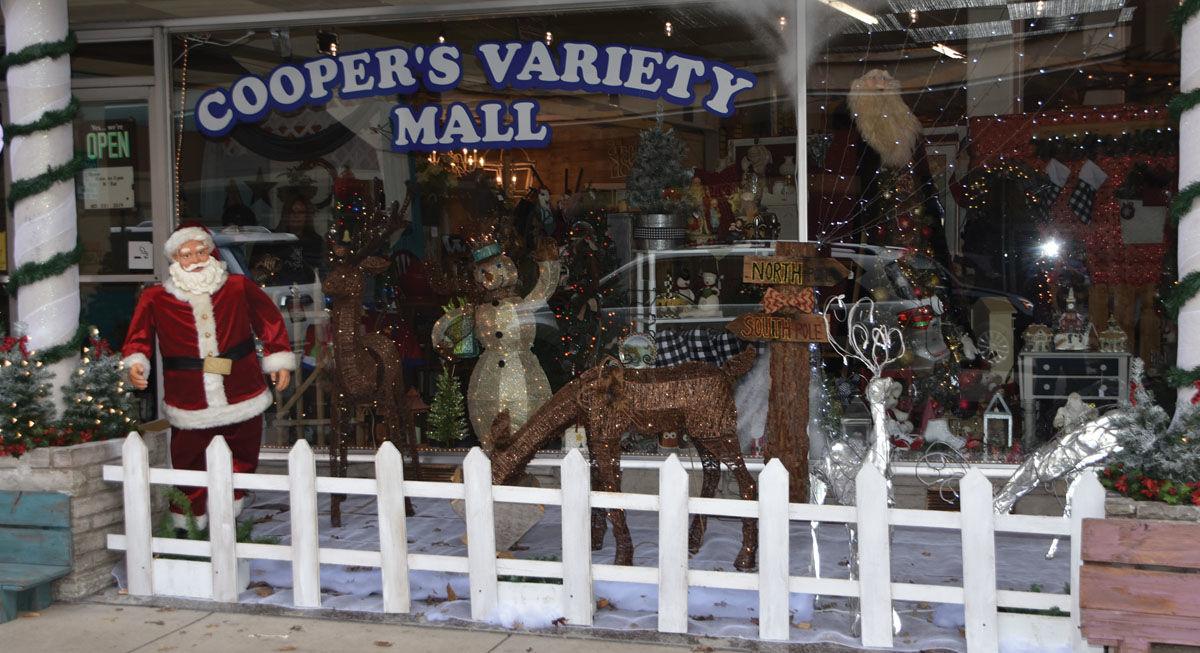 The front door at Cooper’s downtown. 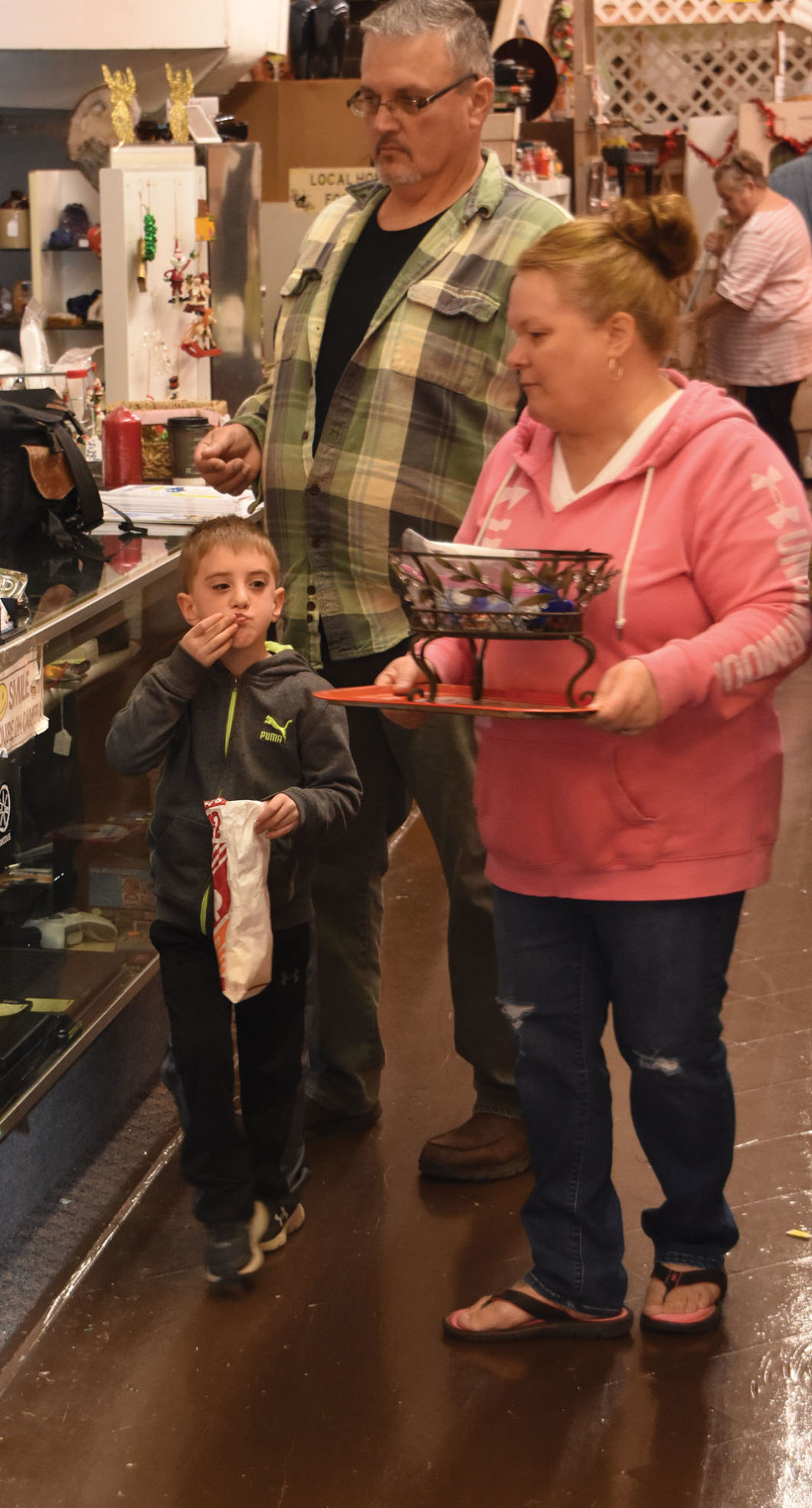 Delores Shelton, owner of THE BEGIN AGAIN SHOPPE in Morristown, with the consignment store’s front window, decorated with a vintage Nativity scene.

The front door at Cooper’s downtown.

Once Black Friday and Small Business Saturday end – and December begins – Morristown’s local businesses have less than a month to provide the Lakeway Area with gift ideas for community residents.

Various businesses throughout Morristown, are holding sales, and creating items specifically for the holidays.

“If you have a holiday get-together, and your dog gets nervous, it just helps calm them down for a few hours,” she said.

In addition, the store is offering pet-based Christmas cards, holiday outfits for dogs and Christmas stocking for dogs – a $36 value for $25. Wilkinson said her business will also have Santa Claus taking photos with customers’ furry family members from 5 p.m. to 8 p.m. as part of “Christmas Downtown” on Dec. 13.

“It’s an awesome time of year because customers are in the holiday spirit,” said Wilkinson, who opened her shop on Sept. 14. “You see people downtown who aren’t normally here. The atmosphere is just fun.”

Rowena’s and Gigi’s, downtown gift shops co-owned by Regina Kinsler with her parents, Ken and Rowena Smith, have unveiled their “Days of December” promotion, where a different item will be on sale each day of the month.

“One day, all food items will 25% off,” Kinsler said. “There are different things we’re going to have on sale (at both stores).”

While Main Street Christian Bookstore, another business the family owns, will not be participating in the “Days of December” promotion, Kinsler said there will be gift specials in that store as well.

Steve Cooper, owner/operator of Cooper’s Variety Mall, said his store will be having an open house on Dec. 7, where it will offering hot chocolate and other snacks for customers. He said the holidays are his best time of year, and the store will have plenty of items for sale and plenty of specials.

“We’ve been busy. We stay busy in the month of December,” he said.

Doris Shelton, owner of BEGIN AGAIN SHOPPE on West Morris Boulevard, said her operation has already been selling clothing and other items for winter – and is already preparing for spring. The store will be having an after-hours event on Dec. 12, with more information coming soon.

“Since we began the business (in 1981), we’ve had over 12,000 people who have brought in their stuff for consignment,” Shelton said. “We’re already preparing for the spring, and we’re processing items from one season to the next.

“It’s like the ocean. It flows in and flows out.”

Trinkets and Treasures will not be holding any major sales during the holiday season, but it will be busy renting Santa Claus costumes for fundraisers and get-togethers in lieu of the wedding and prom wear the store specializes in.

“Weddings are usually over by the beginning of December, because no one wants to get married that time of year,” said Jackie Showalter, Trinkets and Treasures co-owner. “We do a lot of costumes this time of year, however.”

Professionally, as well as personally, the holiday season is a special time of year for the owners of Morristown businesses.

“To me, it’s the celebration of Christ Our Savior, and being with family and friends,” Kinsler said. “It’s fun to be a part of all the festivals downtown, and that’s always been a fun part (of Morristown).”

With a Christian and family-friendly environment, Cooper’s store has always been a place of refuge for those who are lost – and that message extends to the holiday season.

“Personally, (Christmas) is a family gathering. It allows us to spend time with our families,” Cooper said. “Professionally, it’s our way of giving back to the community.”

When customers come to BEGIN AGAIN SHOPPE, the first thing they will see is the nativity scene in the window, and while business and overall sales are important, Shelton said people shouldn’t ever forget the true meaning of Christmas.

“The true motivation for everything we do is in our window,” she said. “We appreciate Santa and the sales we offer, but we would rather appreciate the true reason for the season.”