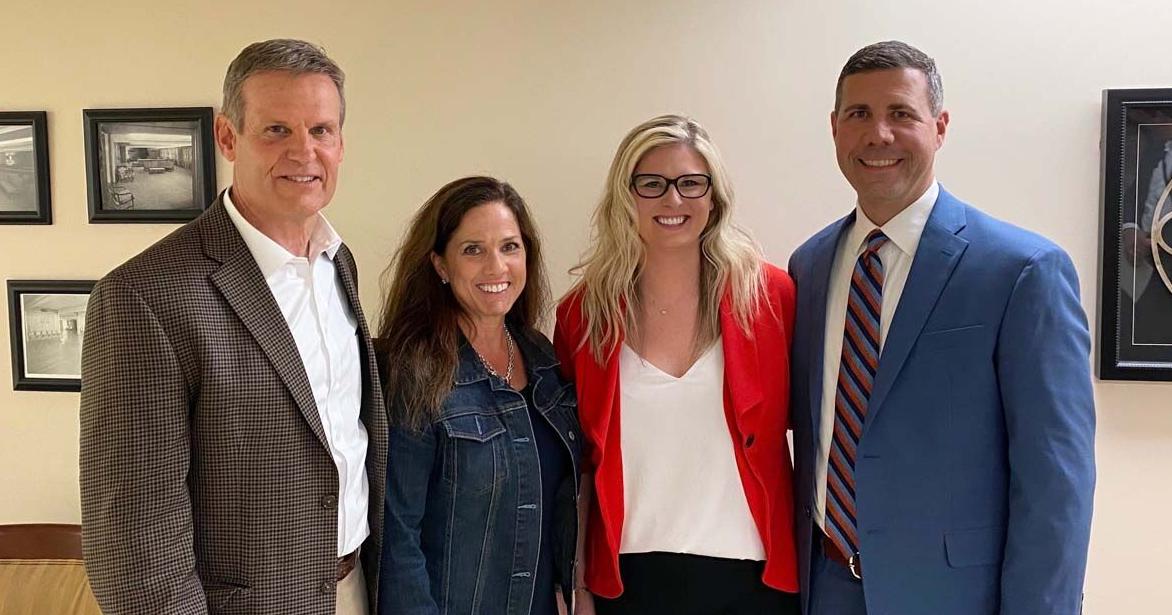 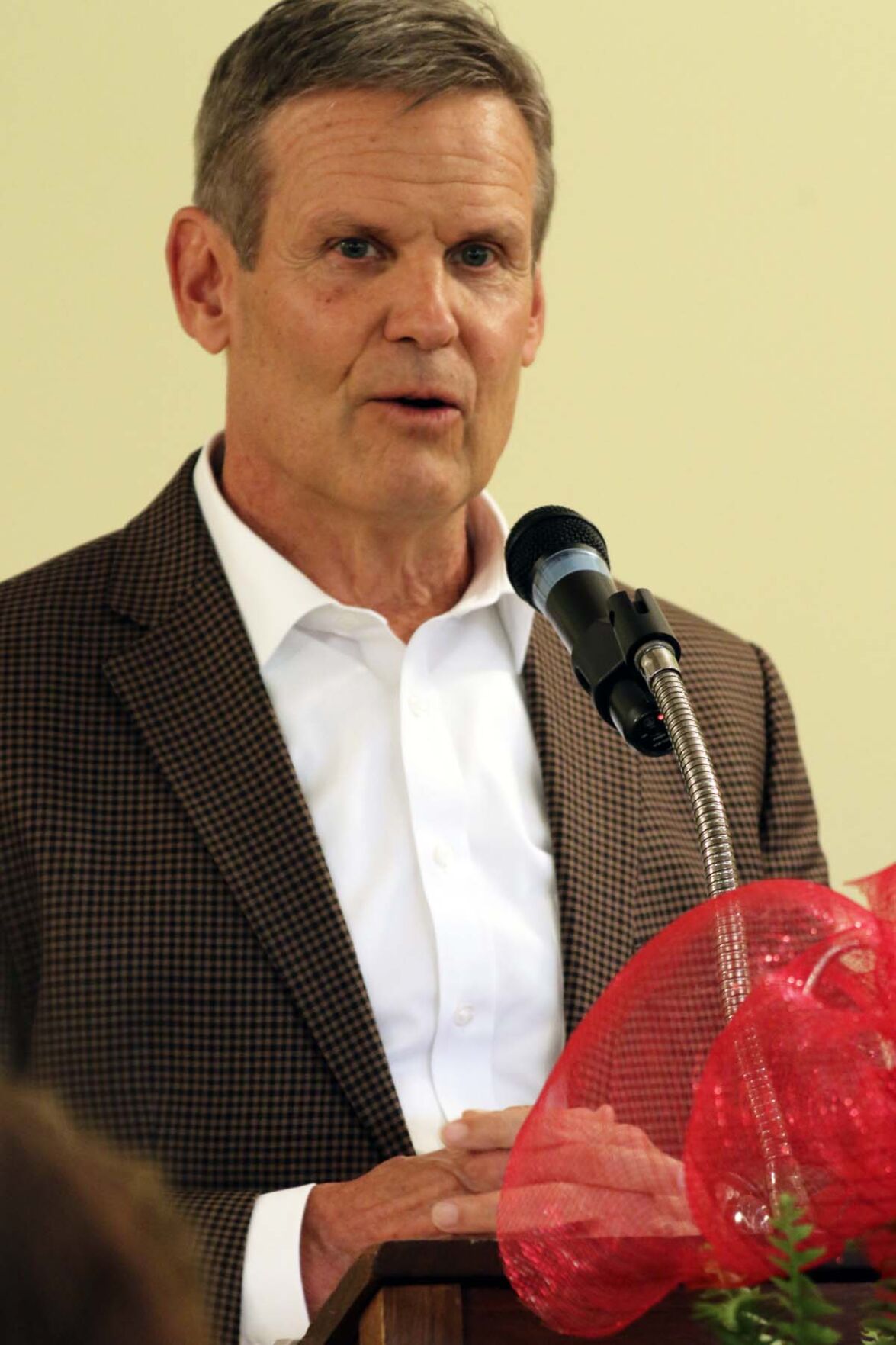 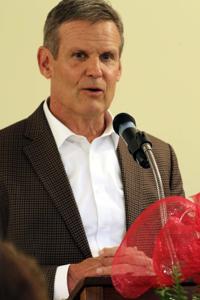 Tennessee Gov. Bill Lee raised the crowd to its feet in a standing ovation at the Country Club Thursday night during the Lincoln-Reagan Dinner as the special guest speaker.

Lee, who spoke for about half an hour, talked about how Tennessee is leading the way in conservative ideals from education to criminal justice reform.

He did take a moment to reflect on the last year as many Tennesseans lost their lives to COVID-19 and acknowledged some in the room lost loved ones.

“It was a long and difficult year,” Lee said. “But, as we said a billion times, we worked hard to protect the lives of Tennesseans.”

“It’s been tough on everybody,” he said. “How you ran your business, what you did in your schools, how you lived your personal life.”

Lee came to the event, along with his wife, Maria. It was the first time back to Hamblen County in almost two years.

The Lincoln-Reagan Dinner, which is the largest fundraiser every year for the Hamblen County Republican Party, is held every year in February, but because of the COVID-19 pandemic it was pushed back this year.

Lee spoke on several accomplishments this year that were passed in the Tennessee General Assembly’s session, which just concluded. He also highlighted how the general assembly approved measures even before the start of the session, including a special session where money was approved to help children go to school this summer as part of a remediation program for lost learning due to COVID.

He said the state Department of Education has now implemented a program to help children grades kindergarten to third grade learn how to read through a phonics program. He also said there will be a gateway established that if a child cannot ready by third grade they will not proceed to fourth grade.

“It may be harsh, but you know what’s harsher?” Lee asked. “Sending a kid to fourth or fifth grade who can’t read.”

He also said a bill has been signed that would eliminate Common Core from schools and he also addressed that he recently signed a bill banning critical race theory in schools.

He also said one of his largest obligations is managing the state’s money.

He also talked about how the state has been able to add on and create the largest rainy day fund in the history of the state, which in turn makes sure businesses do not see their unemployment insurance go up. He said that resulted in savings during the pandemic for companies where other states spent their unemployment trust funds.

Lee also highlighted his justice reform bill from this year.

“We don’t stop and think that 95% of the people we put in jail are coming out,” he said.

He said his reform bill makes sure there is rehabilitation for those in jail, while also making neighborhoods safe. He said it still made sure that the state is tough on crime, but doing it in a compassionate way.

It was a stance he campaigned on when he first ran for governor.

Lee said it was time to move on. His speech was given Thursday just as the Center for Disease Control and Prevention said those who are vaccinated no longer need to wear masks.

After the governor spoke, leadership for the Hamblen County Republican Party were sworn in by state Chairman Scott Golden and Vice Chairman Jennifer Little.

“It’s amazing all our governor has accomplished,” Pedigo said as the event concluded.